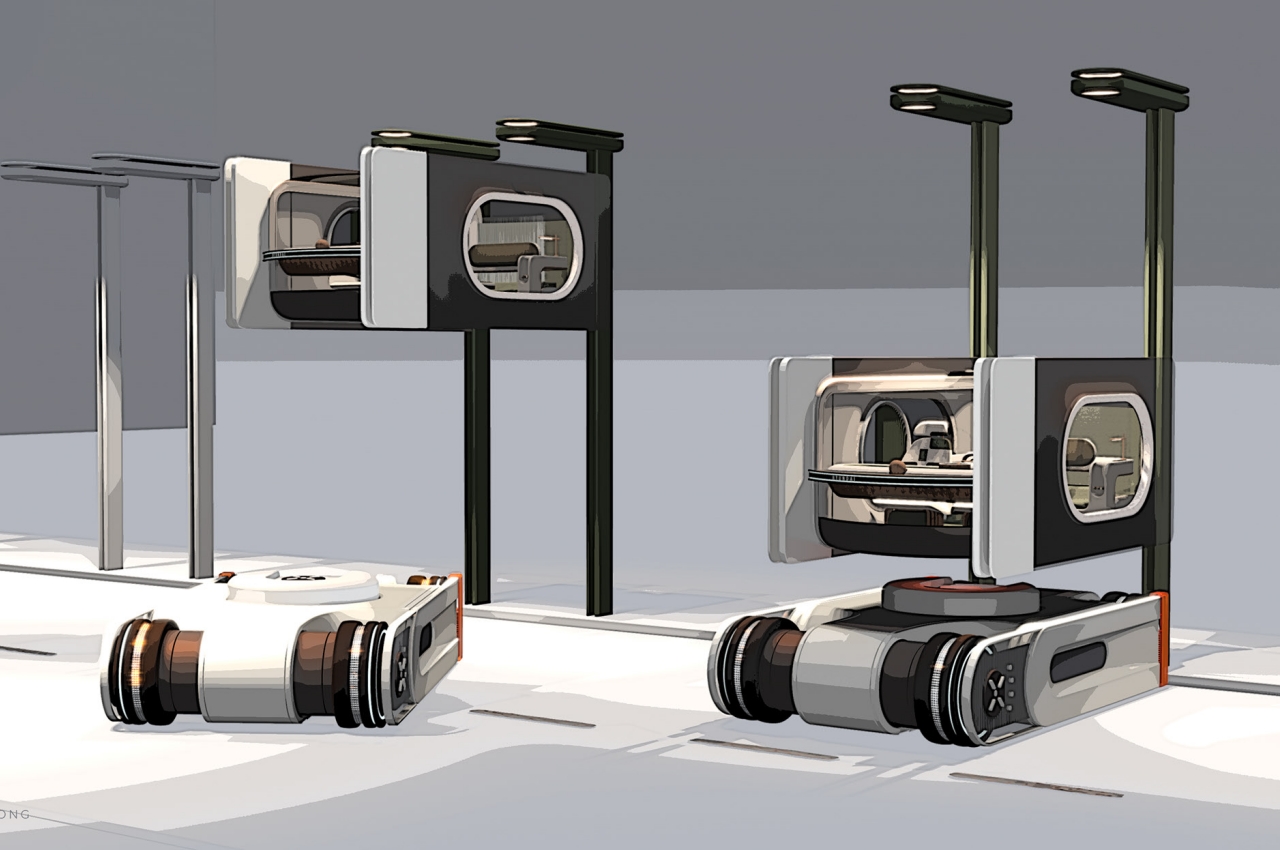 Most of the concepts for cars of the future simply focus on getting from point A to point B, but one design gives an interesting solution to the problem of parking.

Carmakers naturally tend to focus on how advanced cars will be in the future. They often put an emphasis on the conveniences of self-driving vehicles in an effort to reassure the public that today’s mishaps won’t exist in the future, at least ideally. Vehicles, however, won’t always be in transit, and while those visions and concepts might help solve traffic problems, many of them don’t address today’s parking problems. A more holistic mobility vision has to include the entire ecosystem, and that’s the idea behind this street project concept that makes a rather unusual proposition for solving parking space problems. 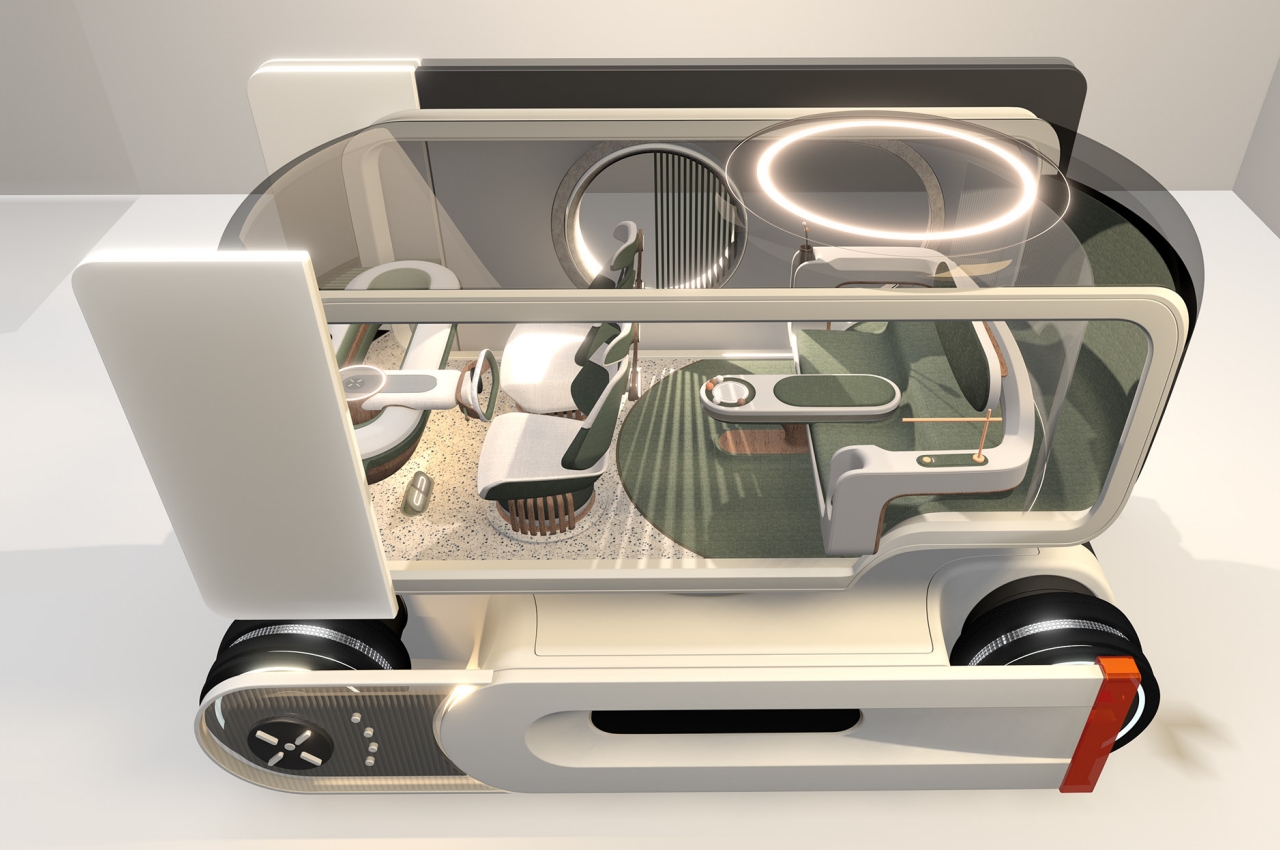 The idea starts with street lamps, which the designer considers to be one of the more wasteful and underutilized spaces on streets. Of course, street lamps can be utilized for other purposes, like collecting environmental data, holding security cameras, or even using projectors to display ads on the ground. Project DORO, however, tries to put that unused space beneath the street lamp to better use as a parking space of the future, but it also requires a different kind of car to go along with it. 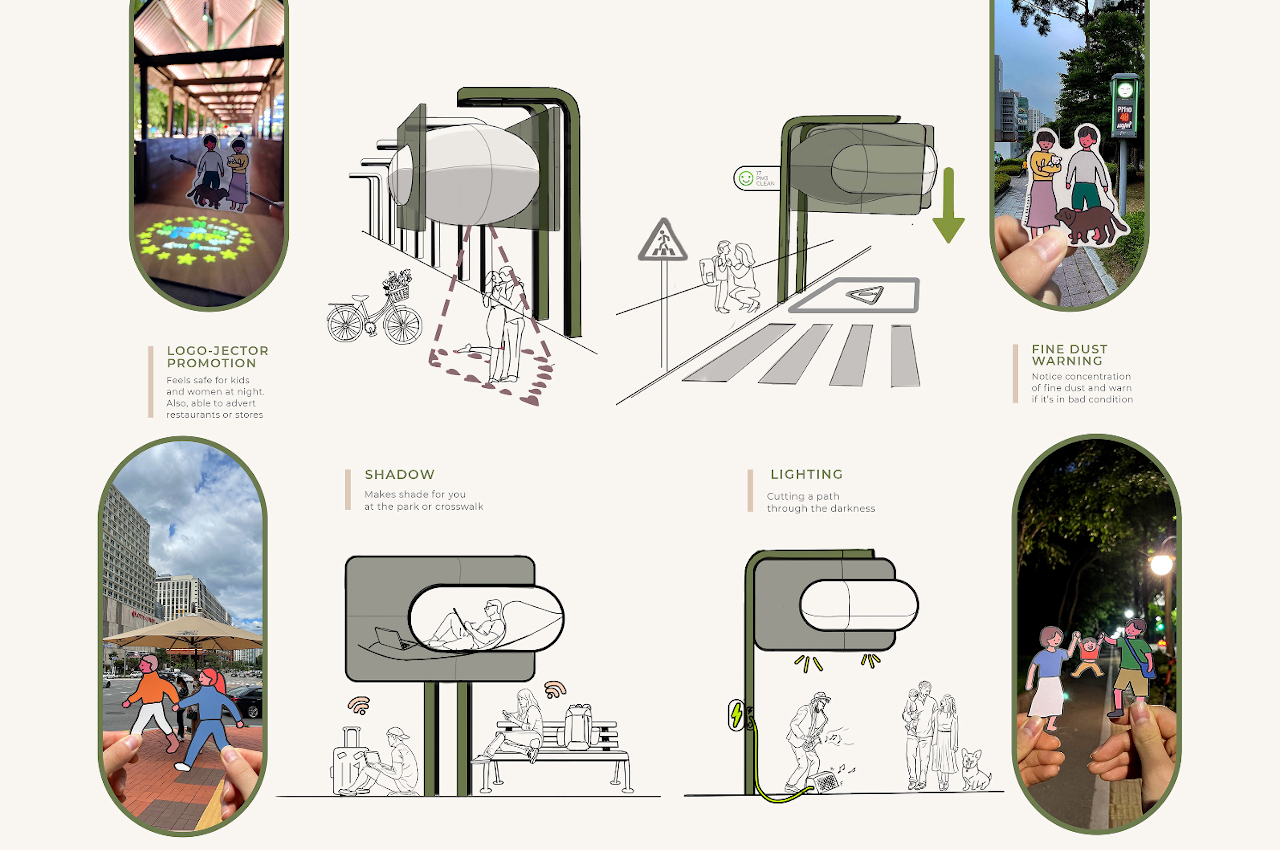 Project DORO is actually a rather complex system that involves three parts of mobility. There is the actual base platform that actually has the wheels and the engine. It can detach from the cabin, which is the part where human passengers and drivers sit and connect to other cabins. This means that parked cabins that don’t need to go anywhere any time soon can have their platforms used on other cabins, potentially reducing the number of “complete” cars that have to be manufactured and be on the road. 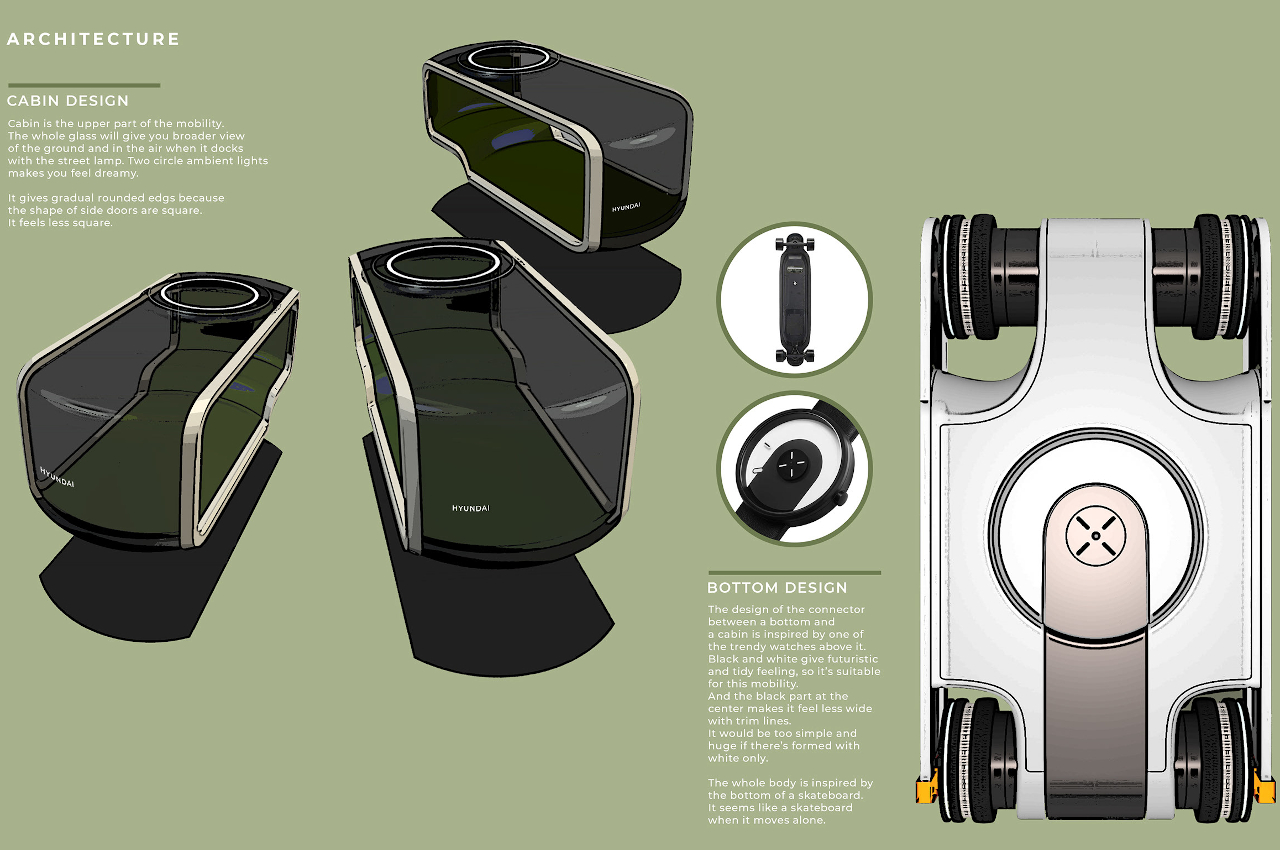 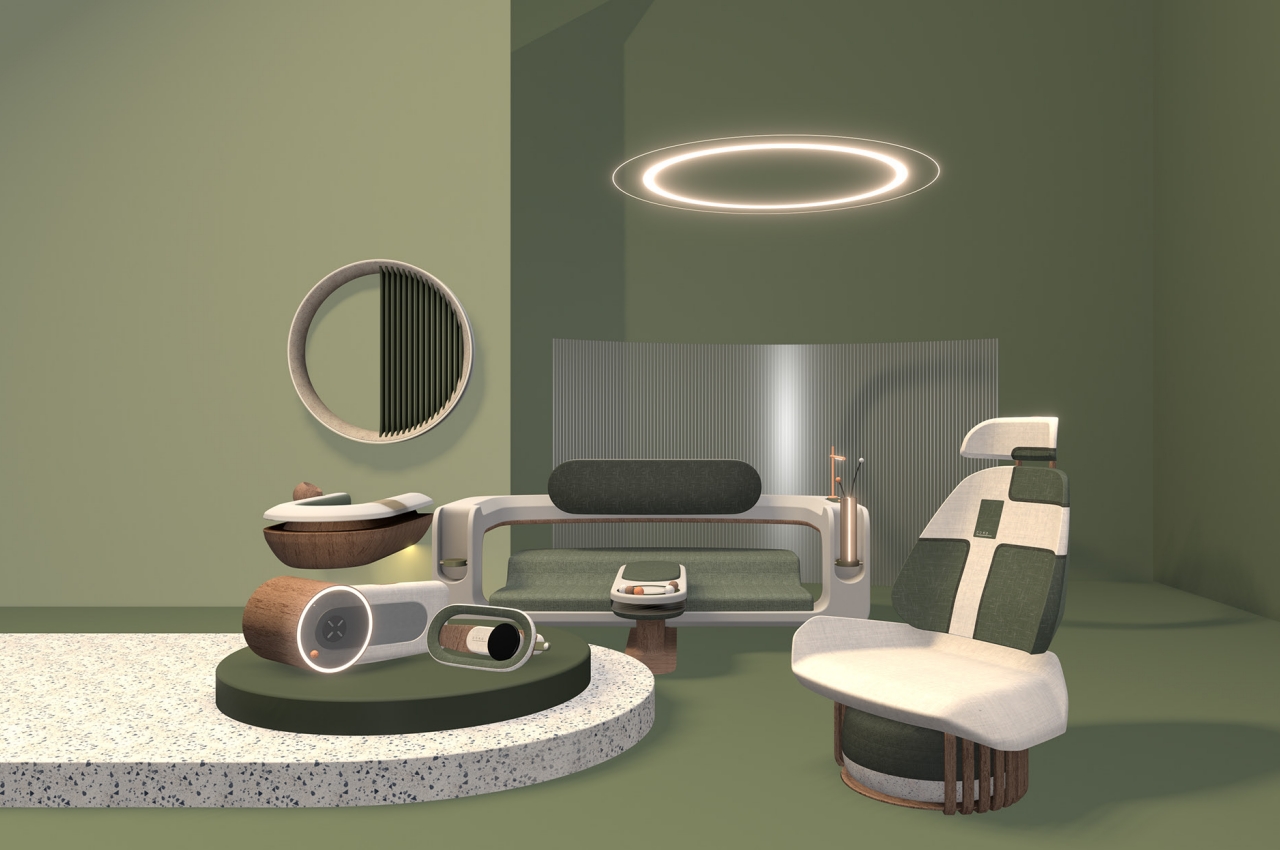 The cabin itself is an interesting exercise in design, where the interior is not unlike a living room, with the use of materials like wood, ivory, and fabric. Unlike most future car concepts, however, the capsule-like cabin has large windows that give passengers a clear view of the outside world, almost doing away with walls entirely. Presumably, these are one-way windows for the sake of people’s privacy. 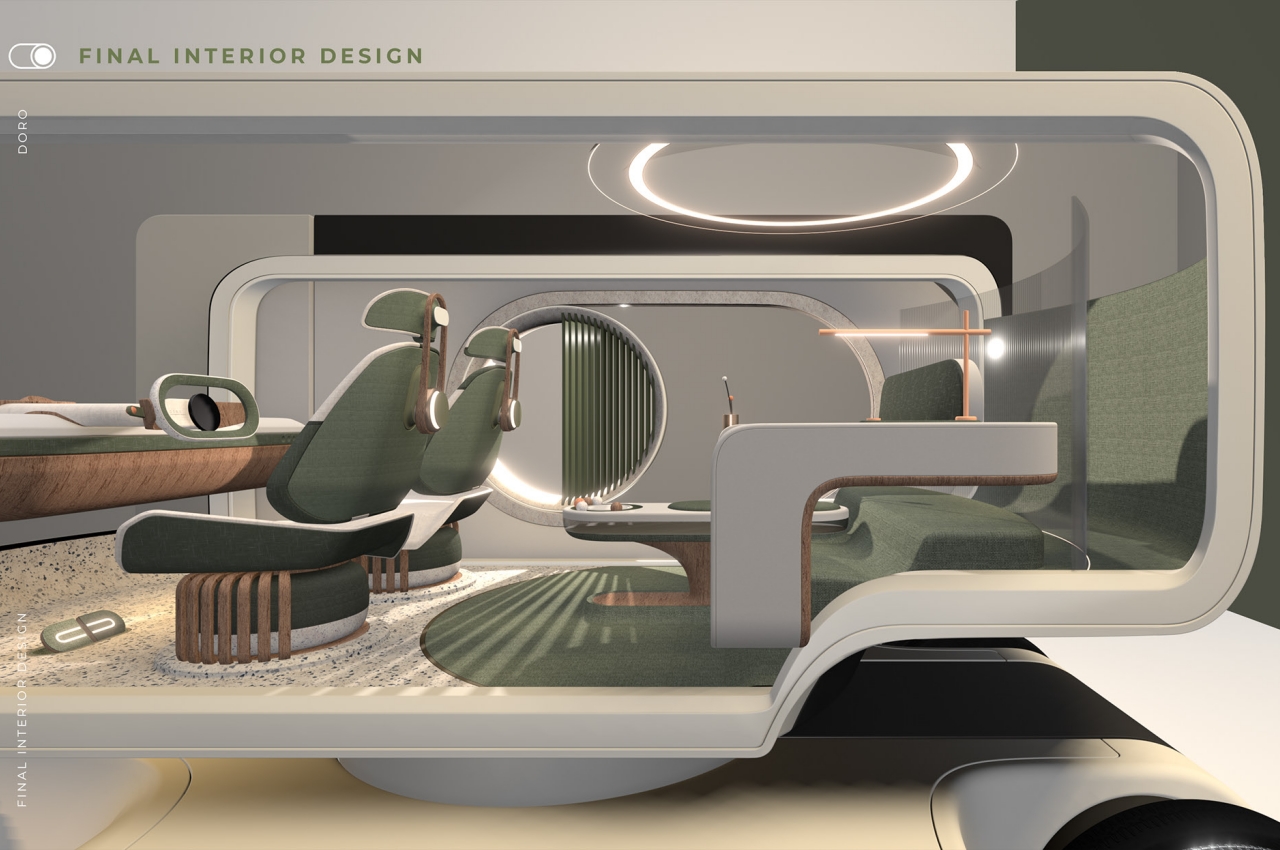 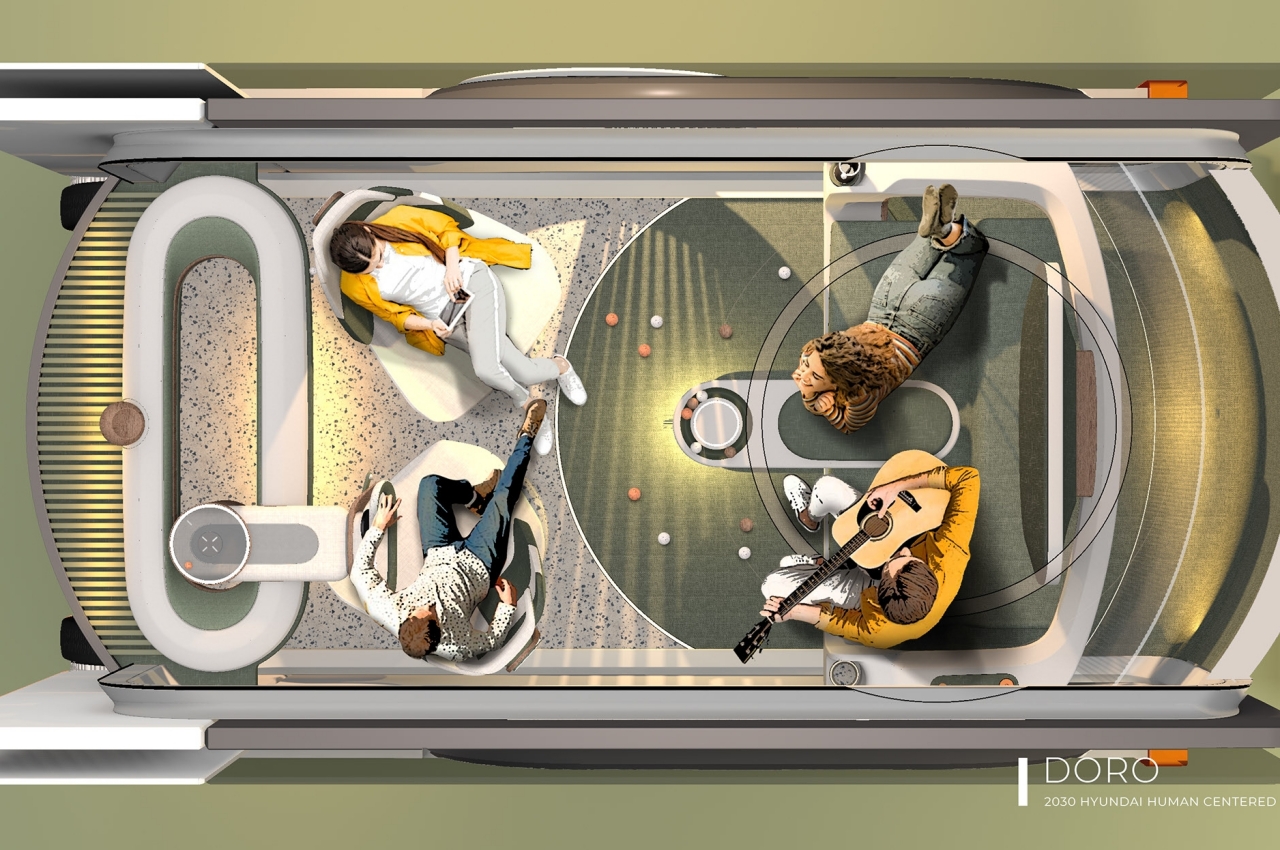 The street lamps in Project DORO serve as the home for unused cabins that are detached from their bases. The cabins are raised high above the ground to serve as shelter from rain or shade from the sun, though it might be debatable if anyone would want to stand underneath a heavy cabin. In the project’s vision, however, these street lamps line roads and highways, so cars will be traveling underneath these hanging capsules. Sidewalk parking that clogs up traffic will be a thing of the past! 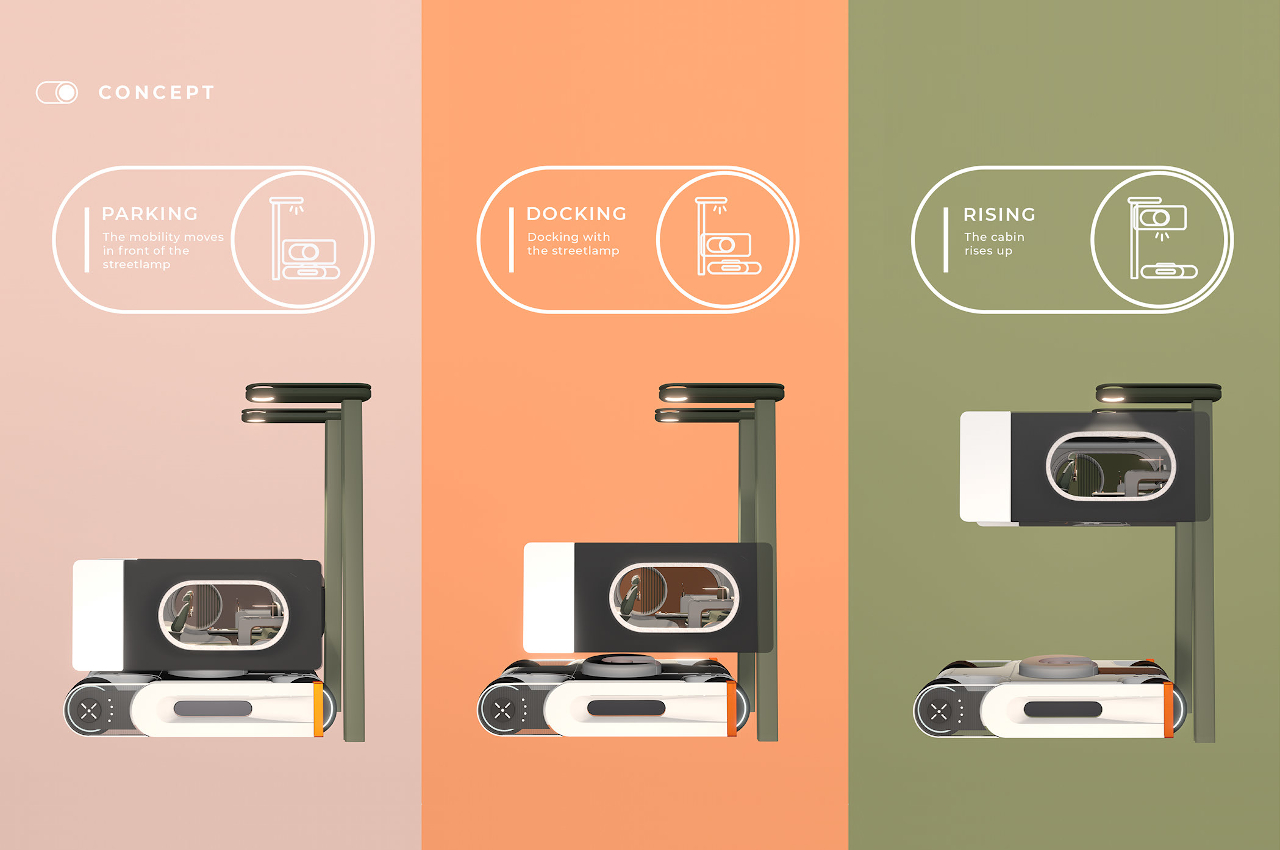 Project DORO is admittedly a rather grandiose and complex system, one that presumes there will be a reliable network of bases, cabins, and parking street lamps available in the future. That said, it is one of the few concepts that actually give the problem of parking some thought and doesn’t simply presume that the cars of the future cars will always be moving on roads and highways. 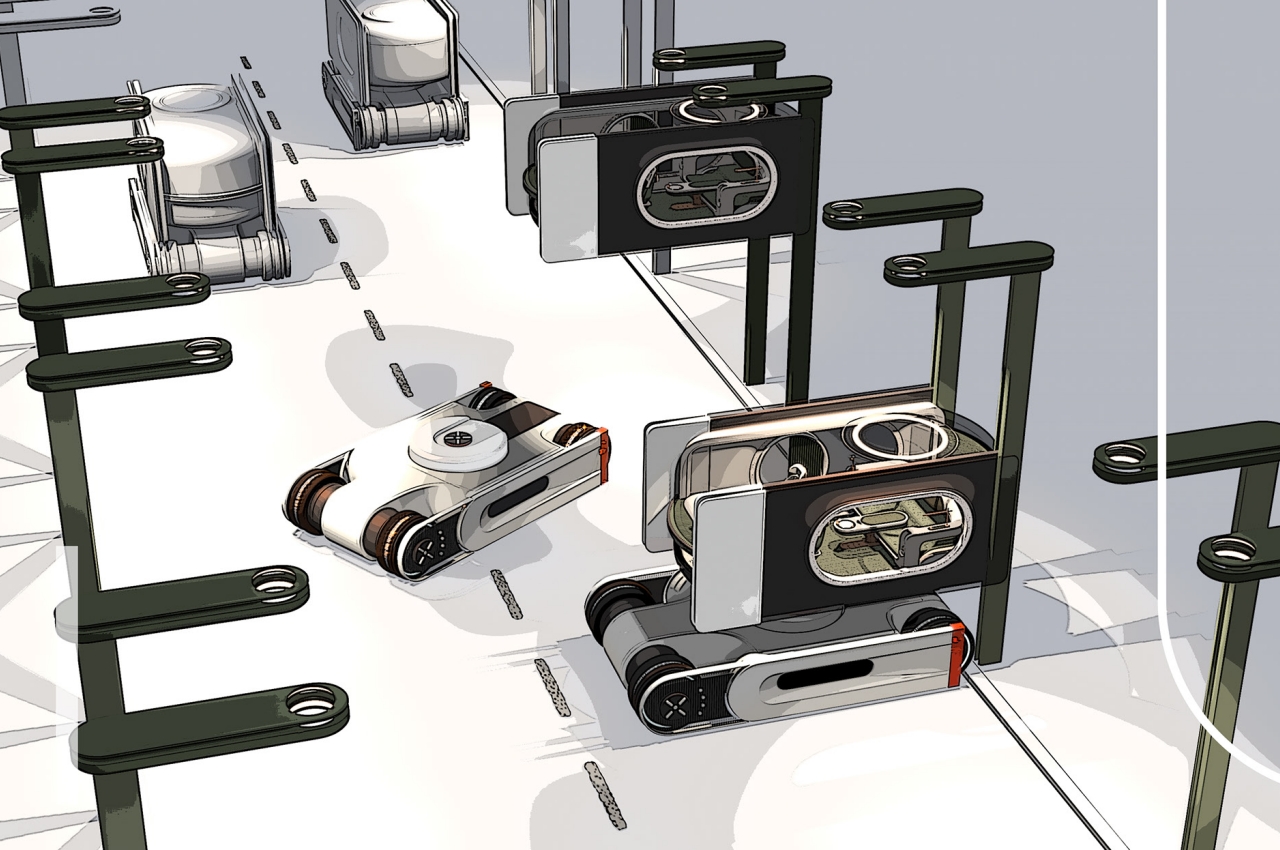 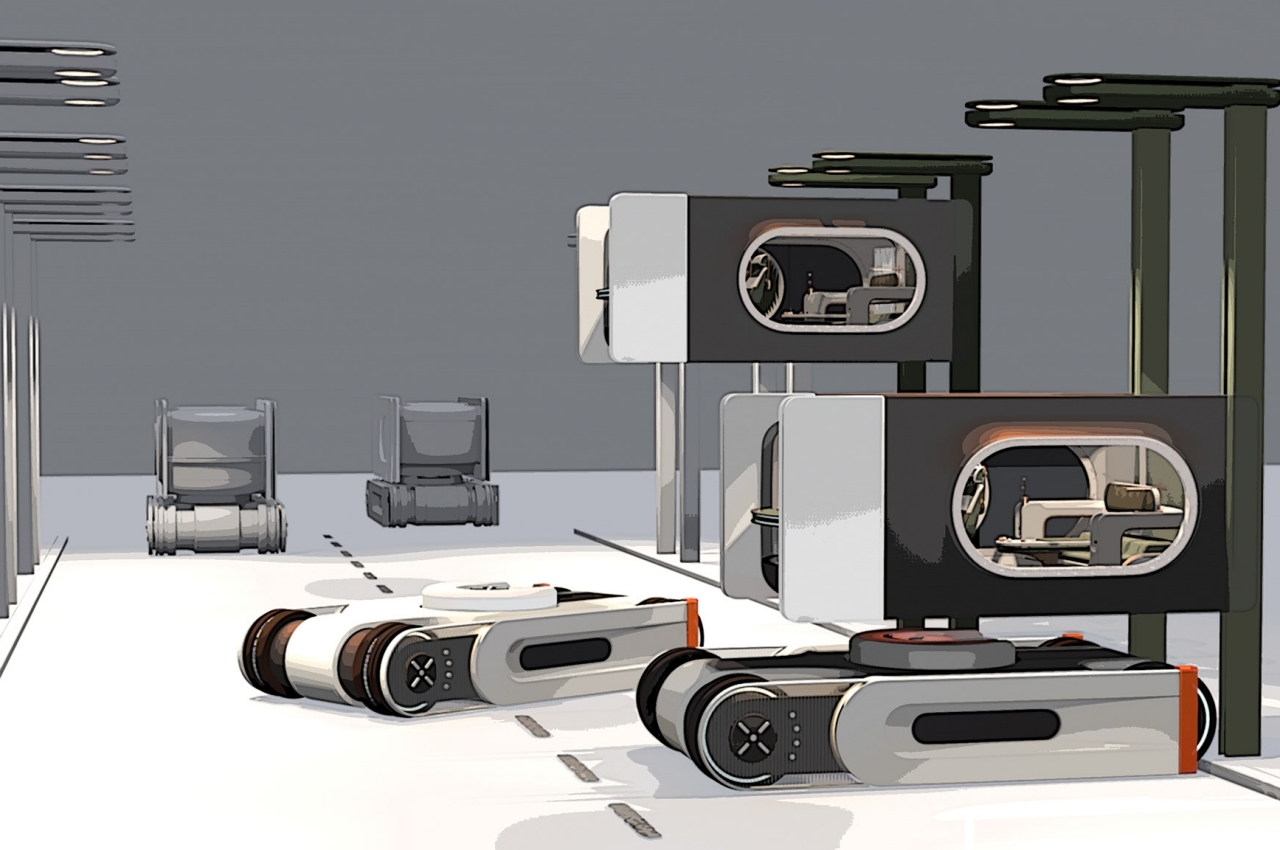 The following is an introduction to a conceptual car brand via the brand’s first virtual auto. The name of the brand is Shayton, a word…

Designers have made every attempt at redesigning the bicycle frame and this has got to be one of my personal faves! The ROD bike’s beam…

To quote designer Janina (love the name), “This car will act like a visual perfume.” Of all the descriptions for projects that I have come…

The car evolved from the horse-carriage, and for the longest time, looked like a carriage with an engine, until it began developing facial features. The…