After launching a teaser video for a collaboration with mega pop superstar Justin Bieber, Vespa has finally released the final model of the long-awaited Justin Bieber-designed scooter. Wrapped in a monochromatic white finish, the Justin Bieber X Vespa collab is modeled after the brand’s Piaggio Sprint base. 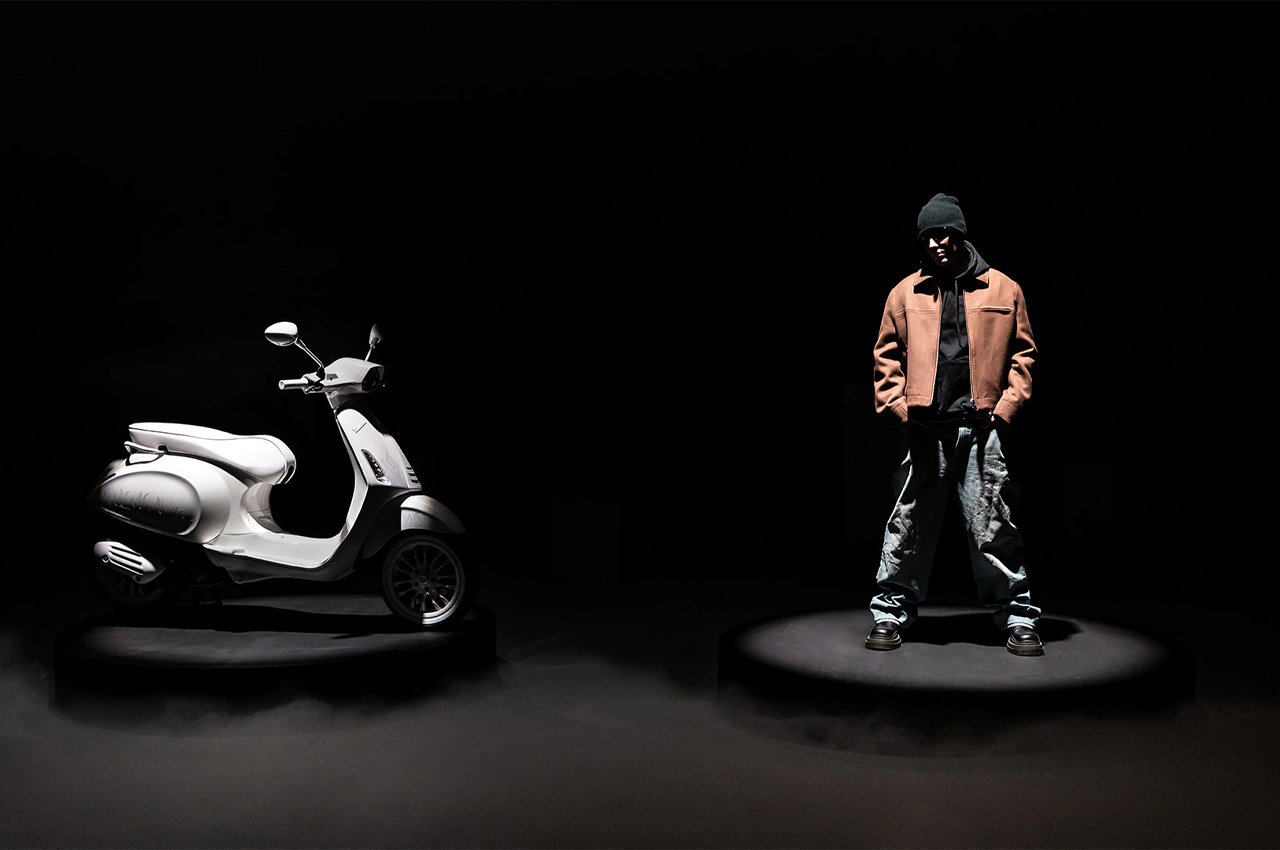 The collaboration with Vespa has been a longtime dream, Justin Bieber says, “The first time I rode a Vespa was somewhere in Europe, probably either London or Paris. I just remember seeing a Vespa and being like, ‘I want to ride one of those.’ And I had such a great time, just the wind flying through my hair, the freedom. It was fun.” 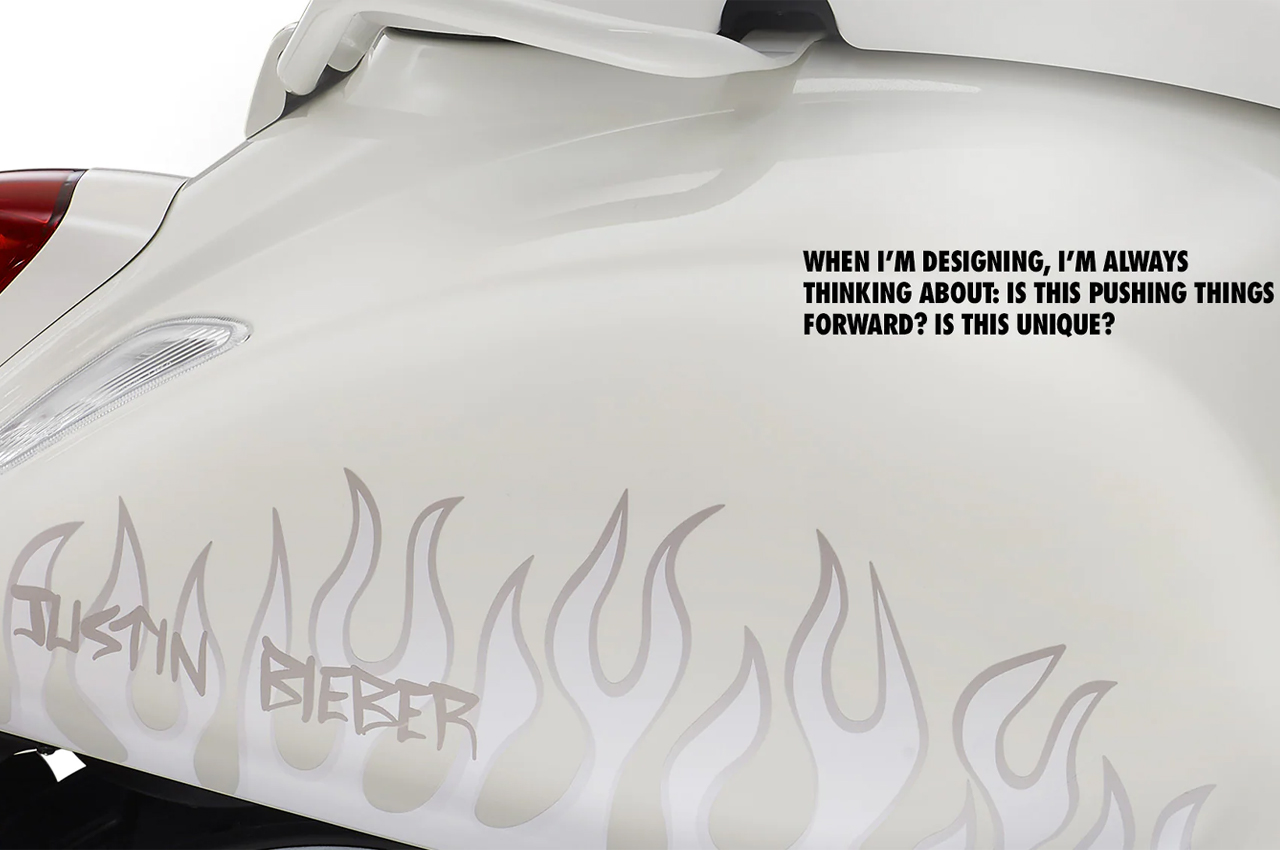 Treading on his own experience riding the iconic scooter, Bieber coated his design in optic white livery on the exterior panels and rims for a sleek look to go with the scooter’s feathery light frame. Then, he added his own bad boy flair with a flame decal that’s etched across the scooter’s body. 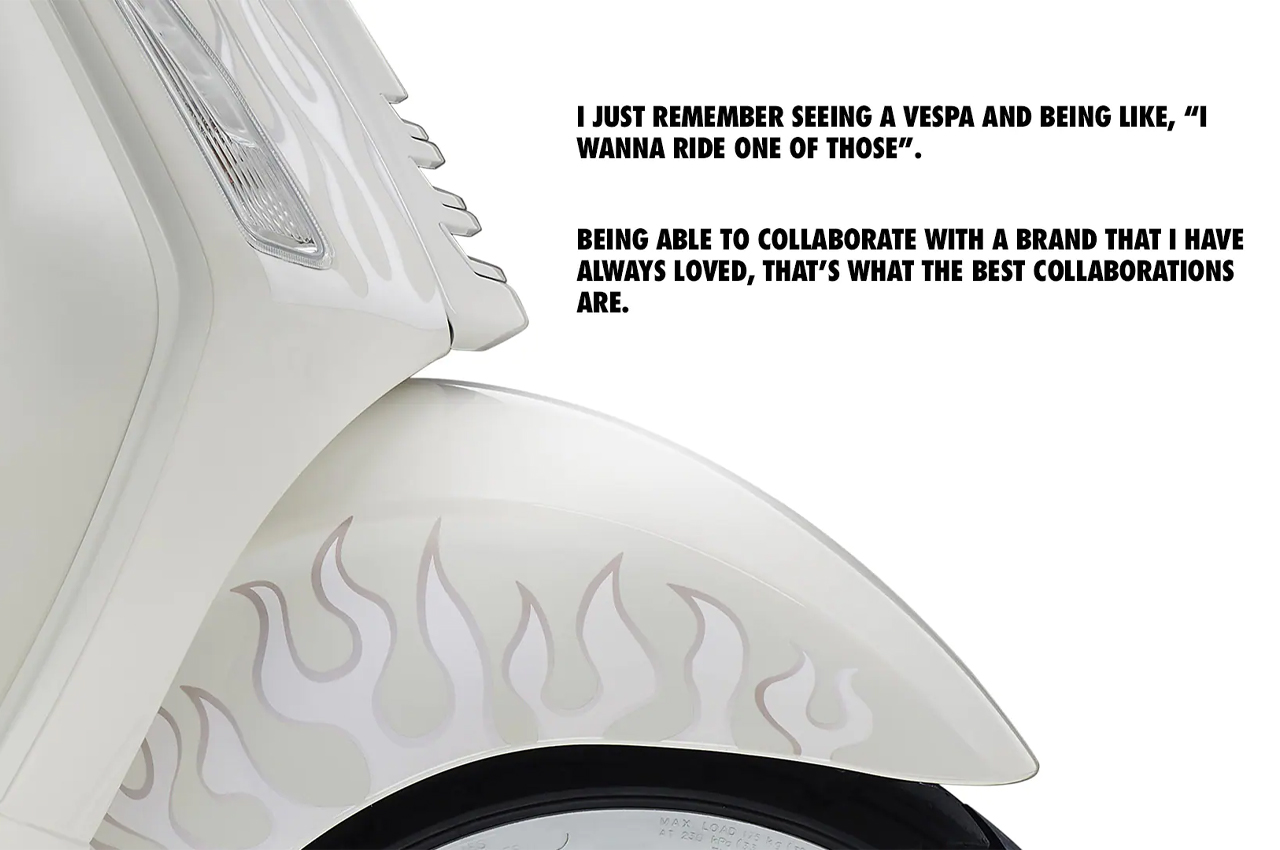 The Justin Bieber X Vespa scooter design is also available in 50, 100, and 100cc guises. Located right between the two handlebars, a full-color digital display syncs with the rider’s smartphone to play music and adjust the LED light’s brightness and color tones. Additionally, Bieber’s collaboration includes gloves, a driving bag, and a matching flame-printed helmet for riders to scoot in style. 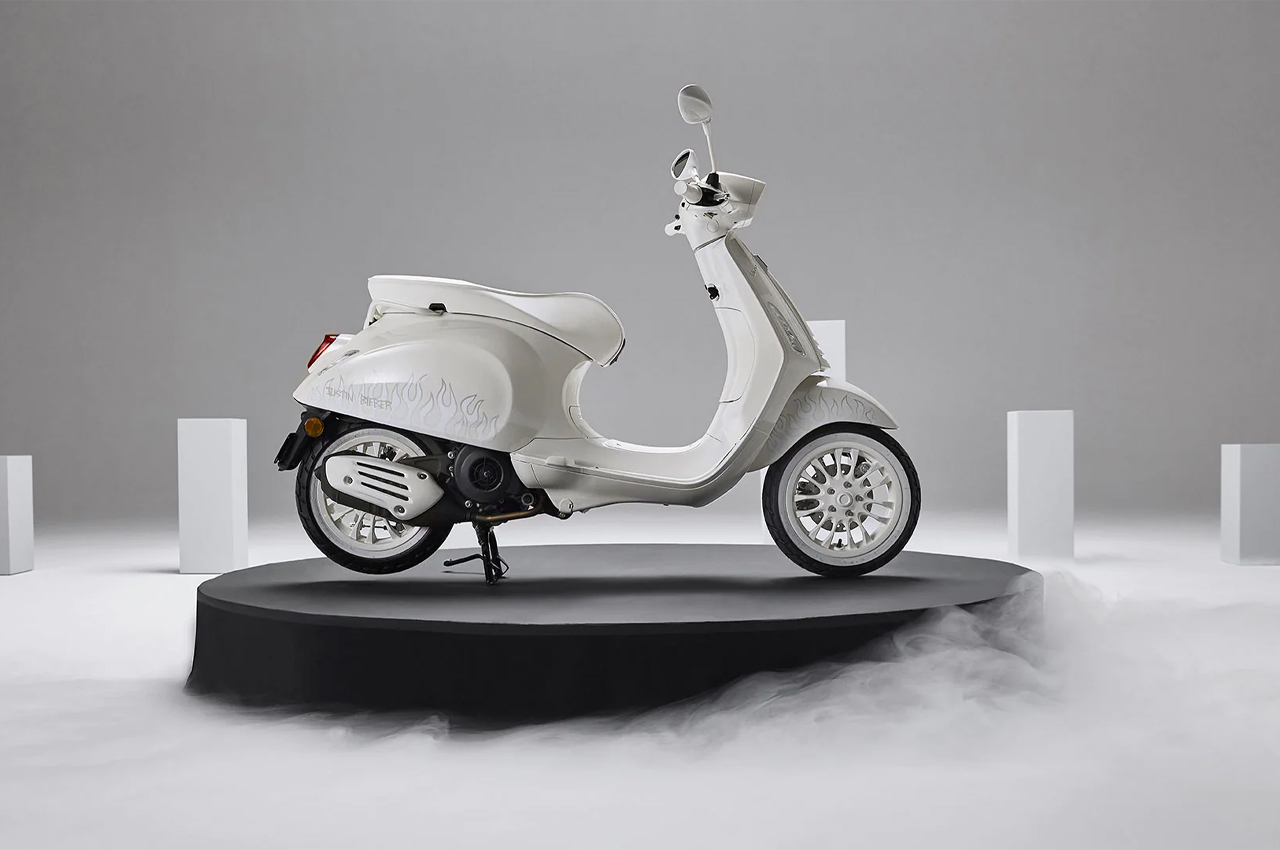 While it’s not the first collaboration with a brand, this project with Vespa marks Bieber’s first-ever automotive collaboration. It makes sense that his first automotive collab was with Vespa as Bieber describes, “I love Vespa, and to partner with such a classic brand is so cool. Being able to express myself, whether it’s through art, music, visuals, or aesthetics, being able to create something from nothing – it’s a part of me. Ultimately the goal in creating and designing is always to put your own unique spin on things.”

The HybridDrive is a lot like if your external hard-drive and your USB hub had a love-child. Think of it as the one, true, all-powerful…

The idea of accidentally inhaling alien bacteria in space may sound like a ridiculous low-budget Hollywood film plotline, but the reality is just as concerning….