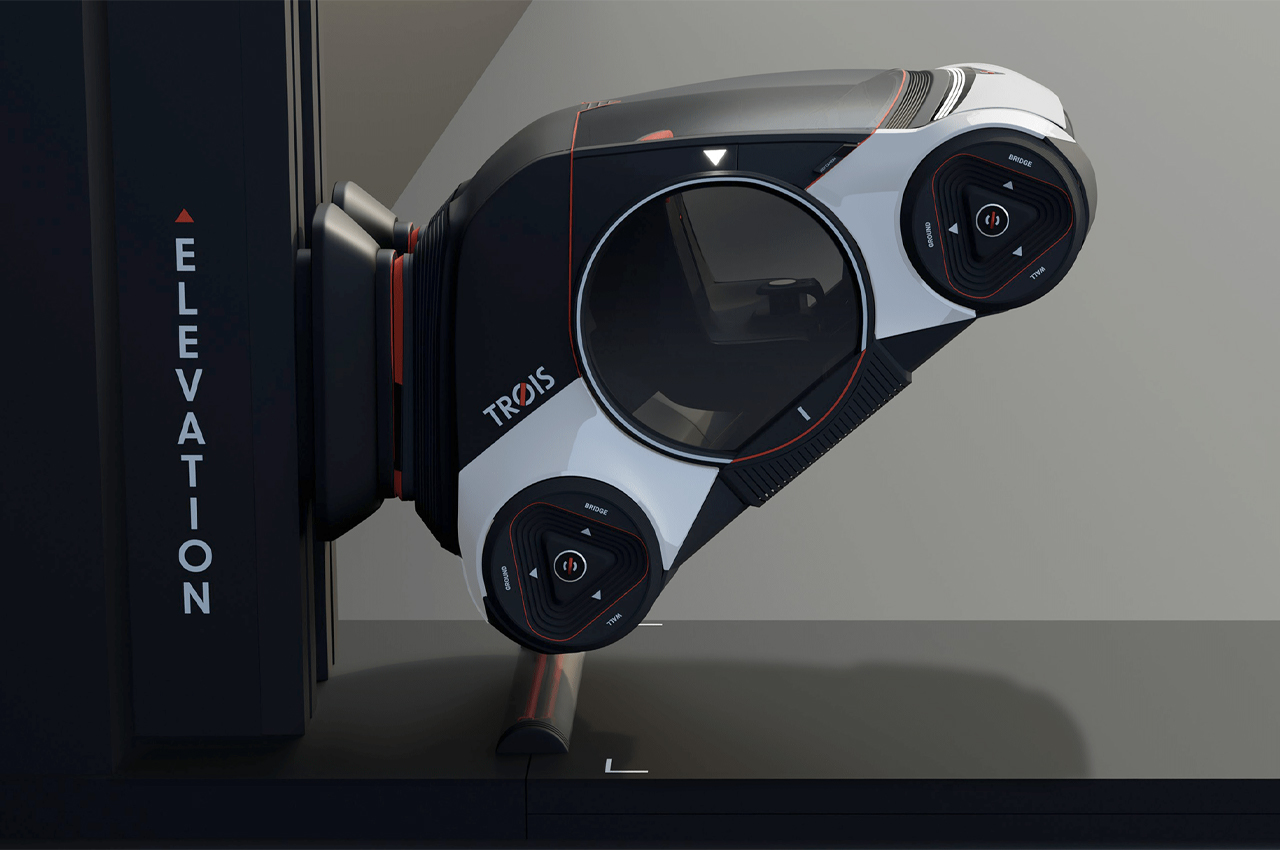 Trois is a mobility concept that envisions two-person electric vehicles scaling vertical walls and traversing the underside of bridges to imagine a world without automobile pollution and traffic.

There was a time when self-driving cars seemed so far outside our realm of reality that they weren’t taken seriously, but Elon Musk wasn’t about to go down without a fight. Enter Tesla, the actualization of the futuristic cars we imagined way back when in grade school. 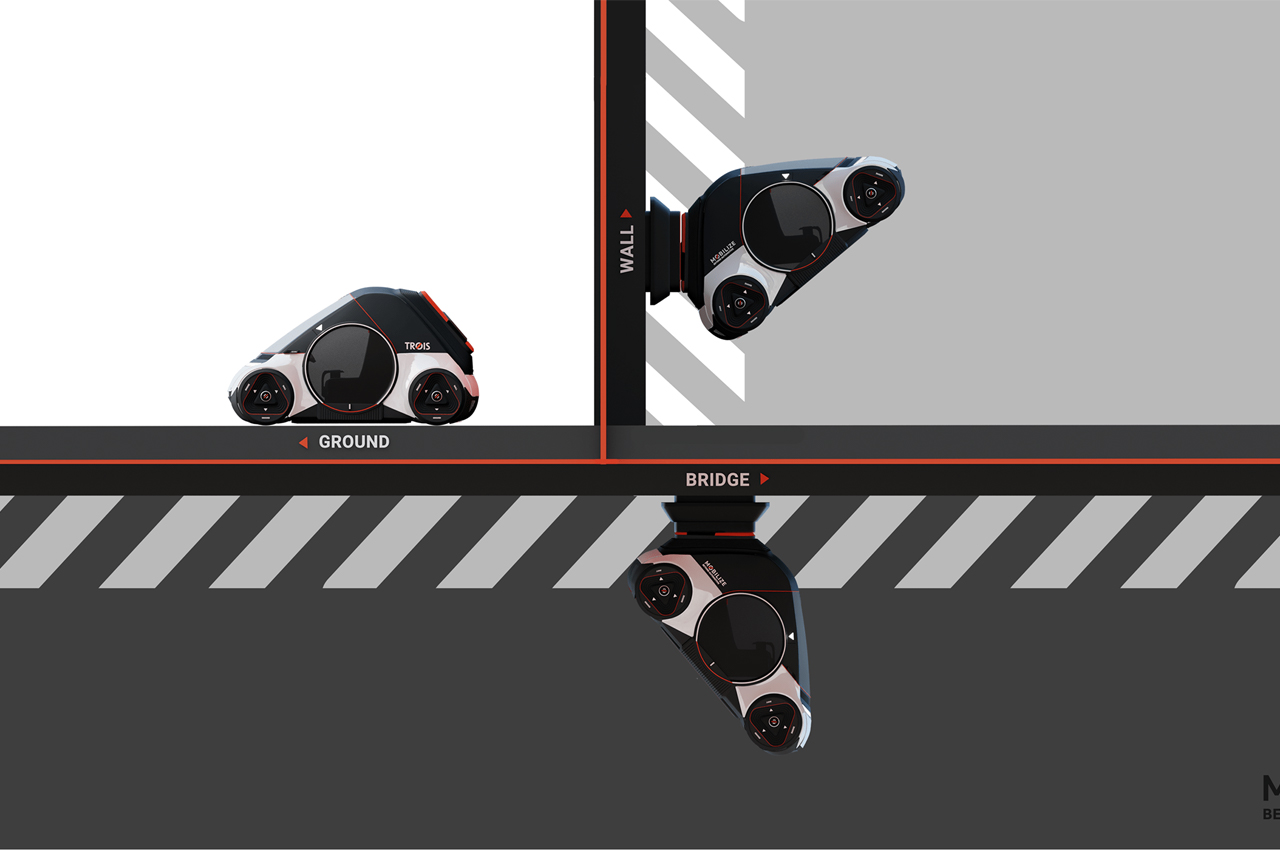 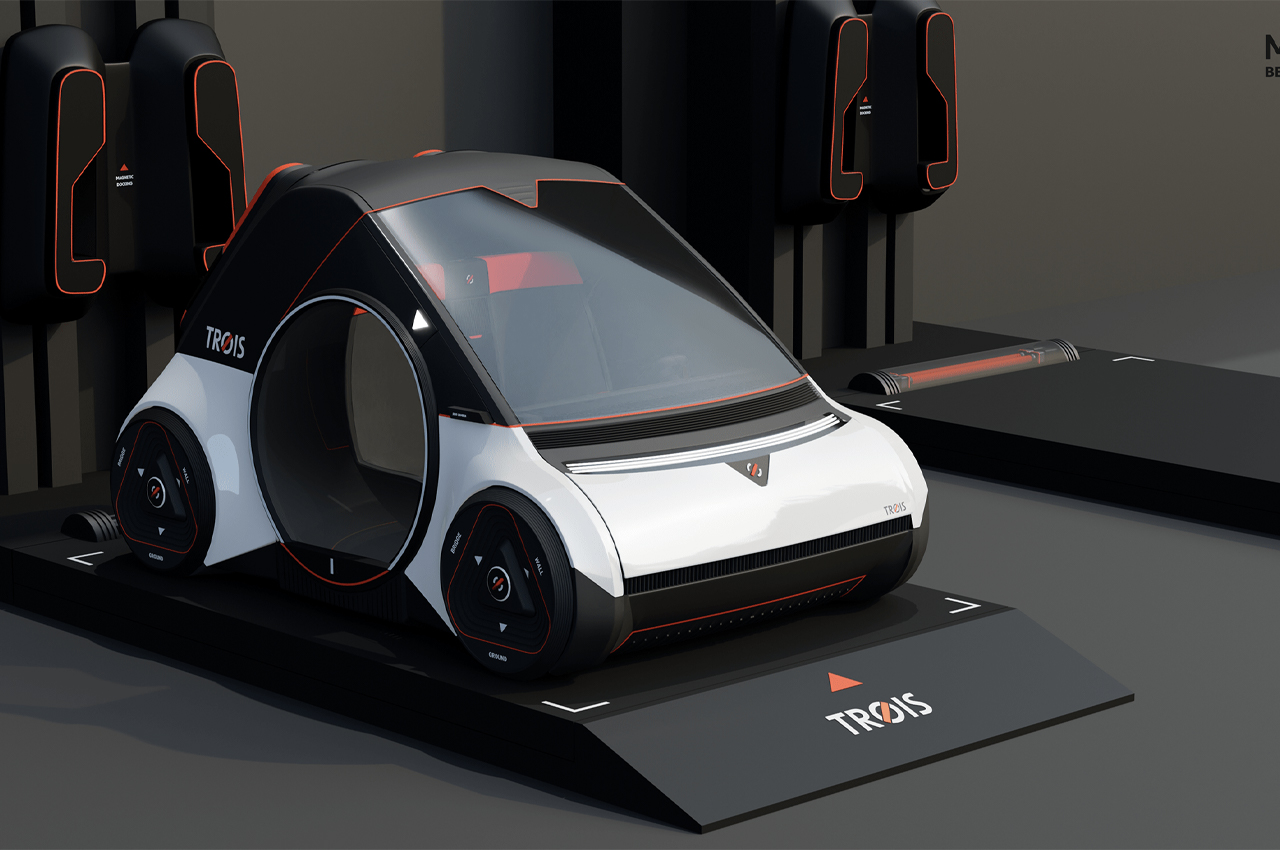 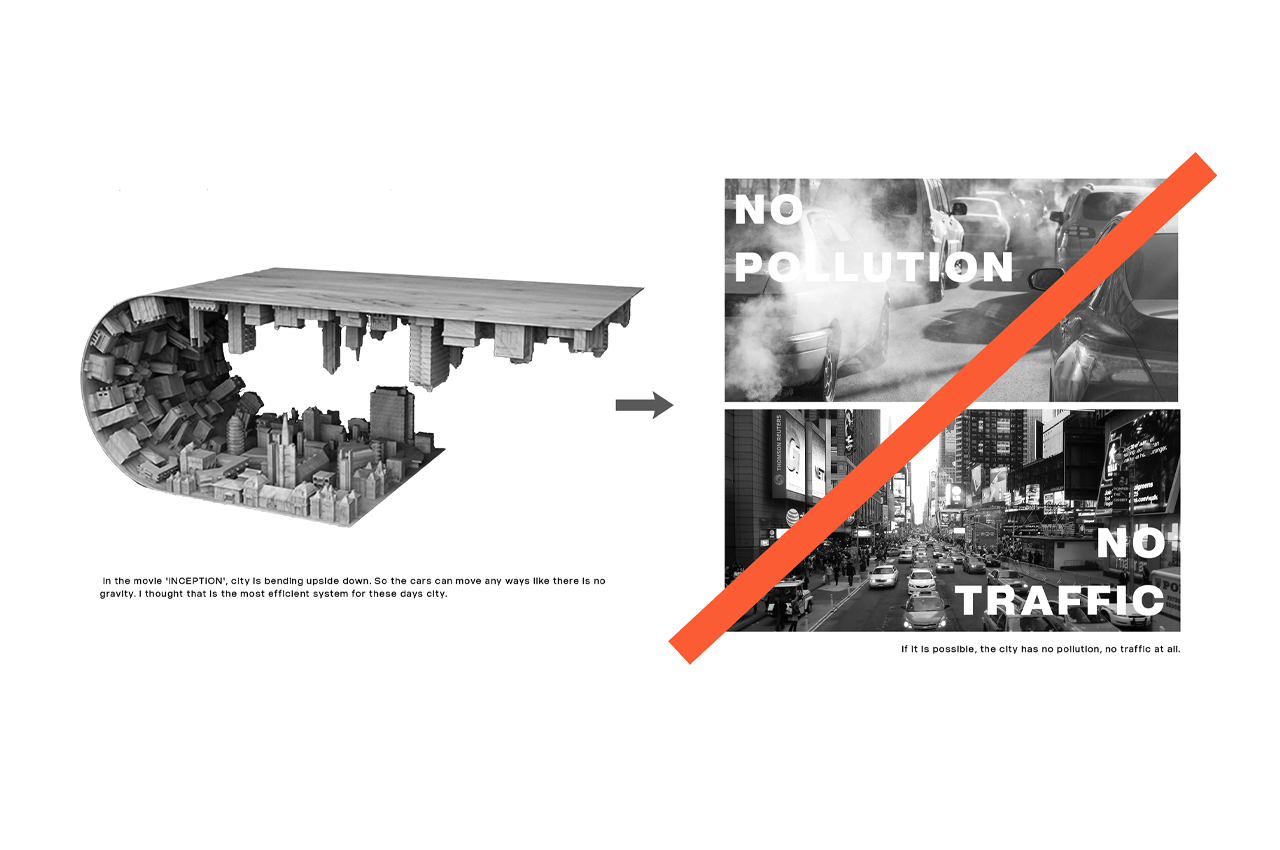 With their sight set on revolutionizing the automobile industry even further, student designer WookZoon Kwon conceptualized Trois, a mobility concept that sees two-person vehicles not only driving off-road but scaling vertical walls and the underside of bridges as well. 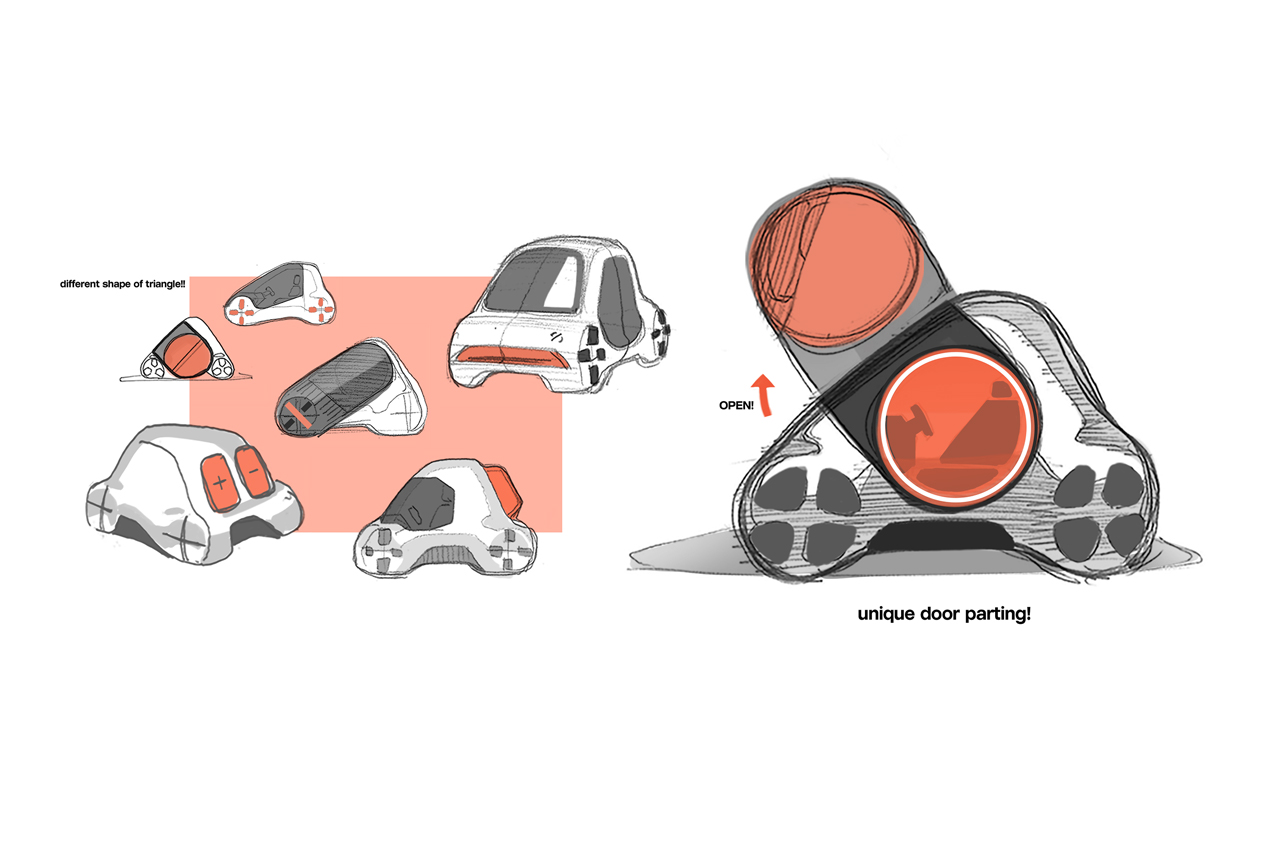 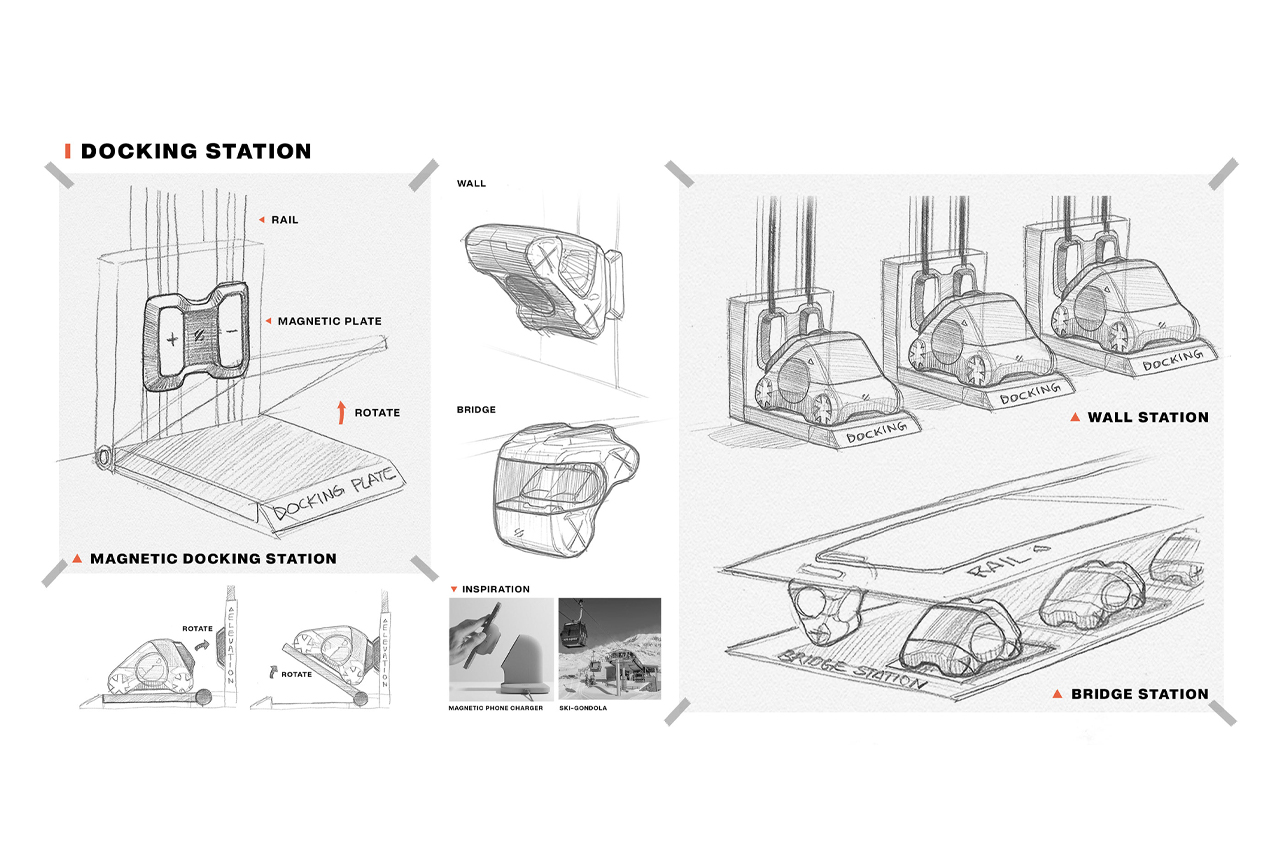 Created using the design language of French automobile manufacturer Renault, Trois is named after the French word for ‘three,’ in a nod to the three main driving modes it offers: ground, bridge, and wall. Keeping with the theme of three’s, Trois is shaped like a curved triangle. 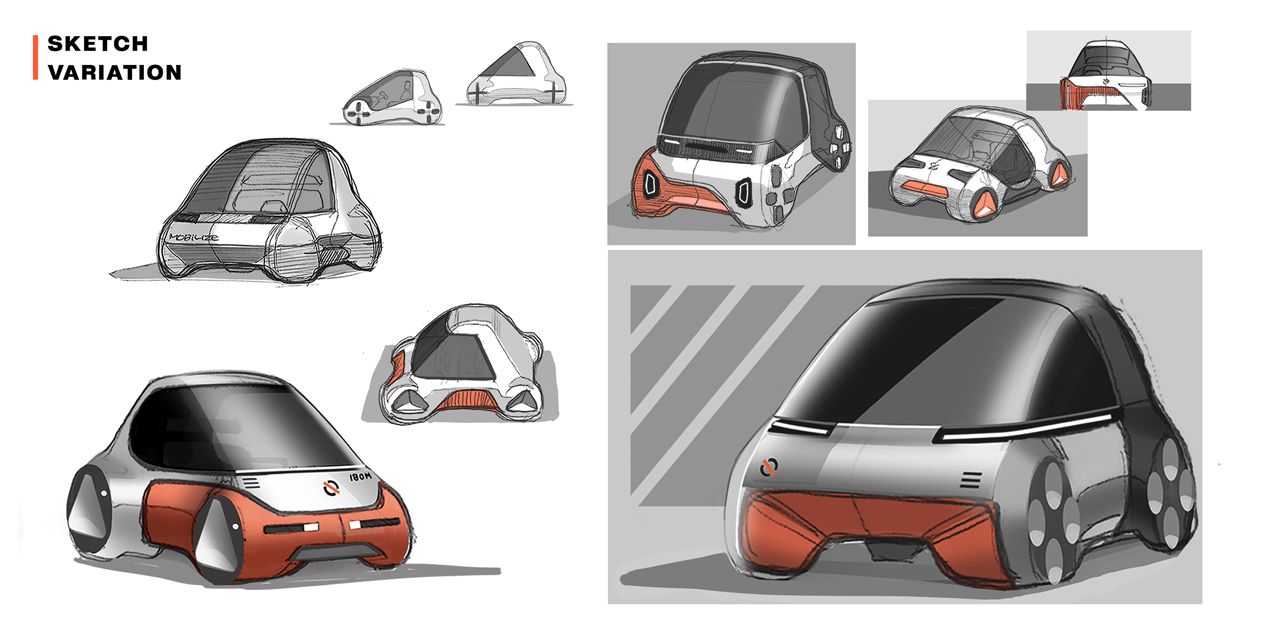 Drivers can access the vehicle’s interior through a set of circular wing doors that reveal the car’s spherical seating compartments. The seats are also connected by a pillar and hinge mechanism that maintains the seat’s upright position even when traversing bridges’ undersides and scaling vertical city walls. 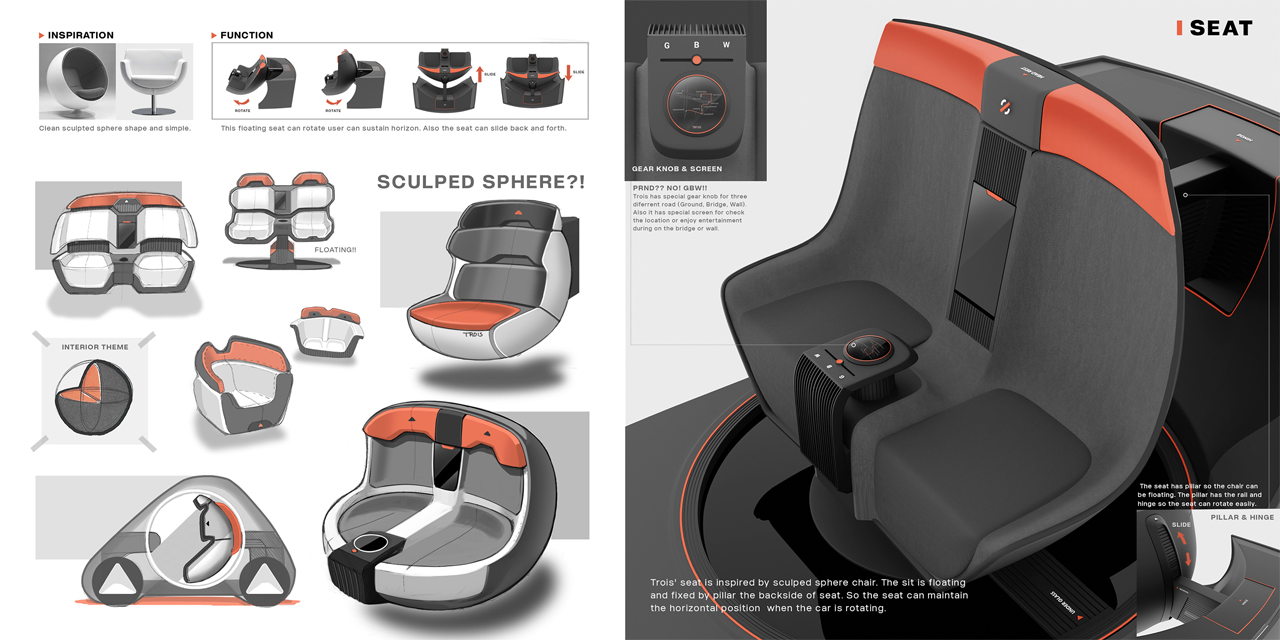 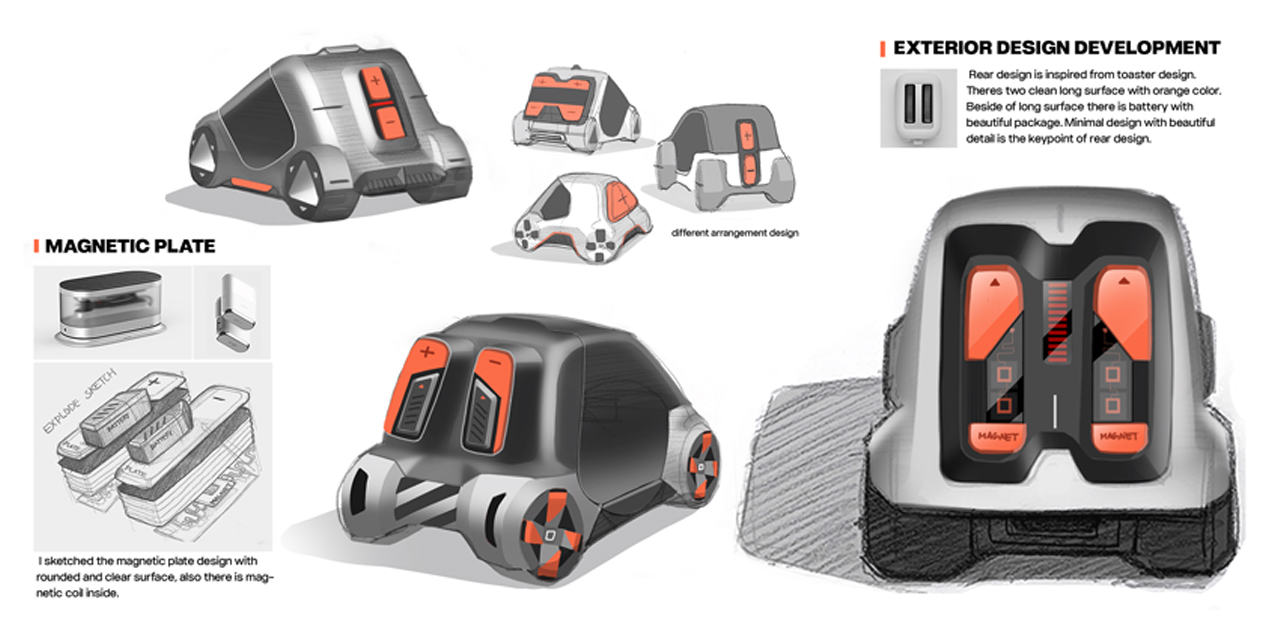 When the car is driving on the road, its positioning remains the same as current car models. Through a system of magnetic docking stations, Kwon ideated Trois so that only the vehicle’s exterior shell rotates when transitioning between different driving modes. 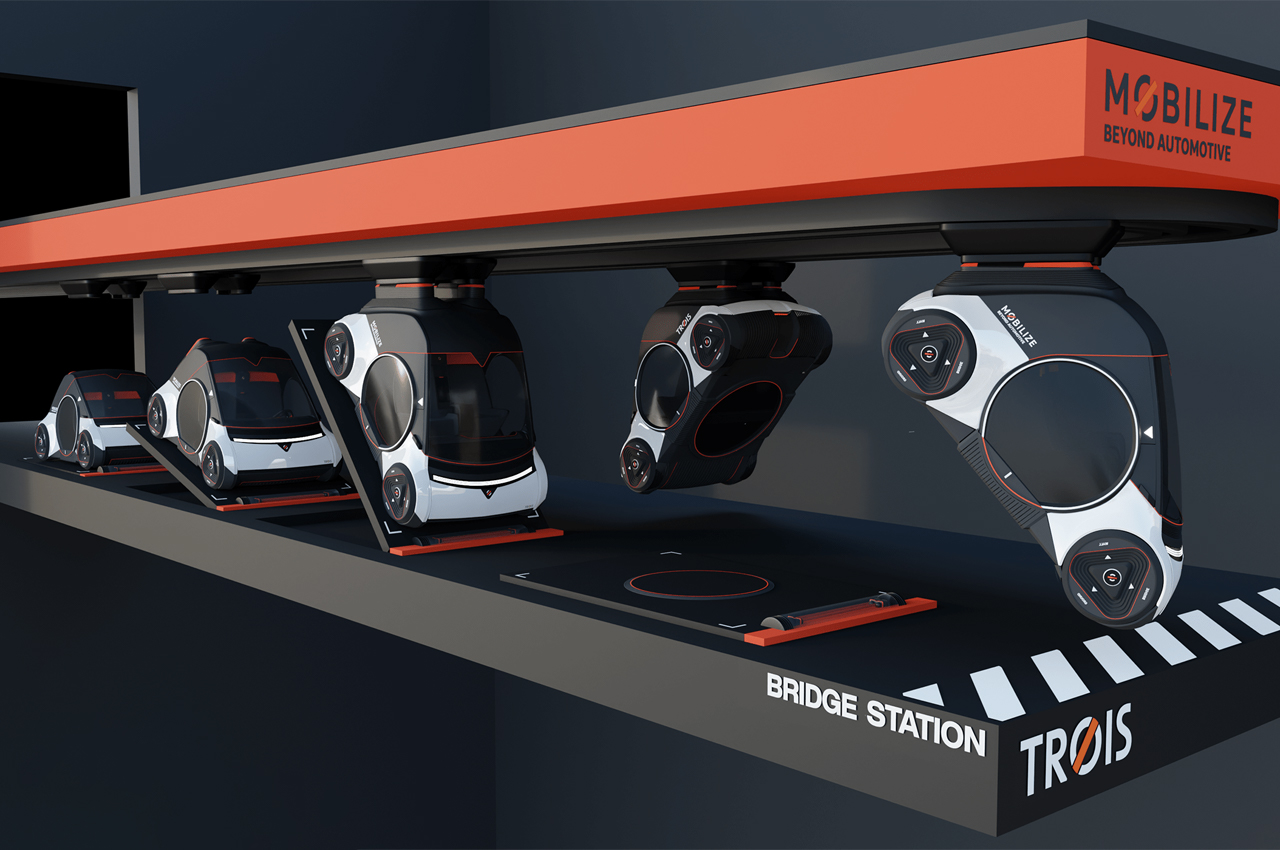 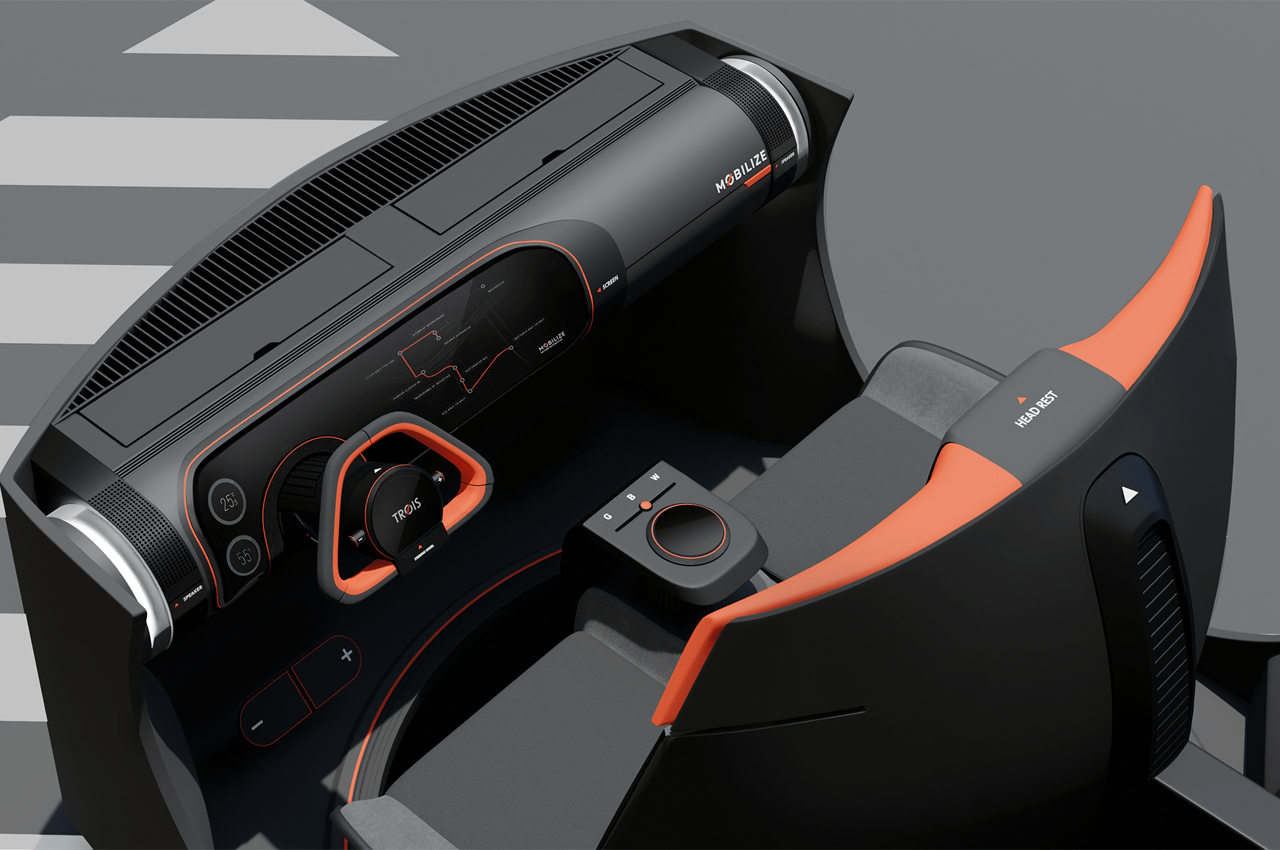 Embedded magnetic hubs attach to the magnetic modules on docking stations, allowing the car to secure a fastened grip on vertical surfaces and suspend in midair underneath bridges. 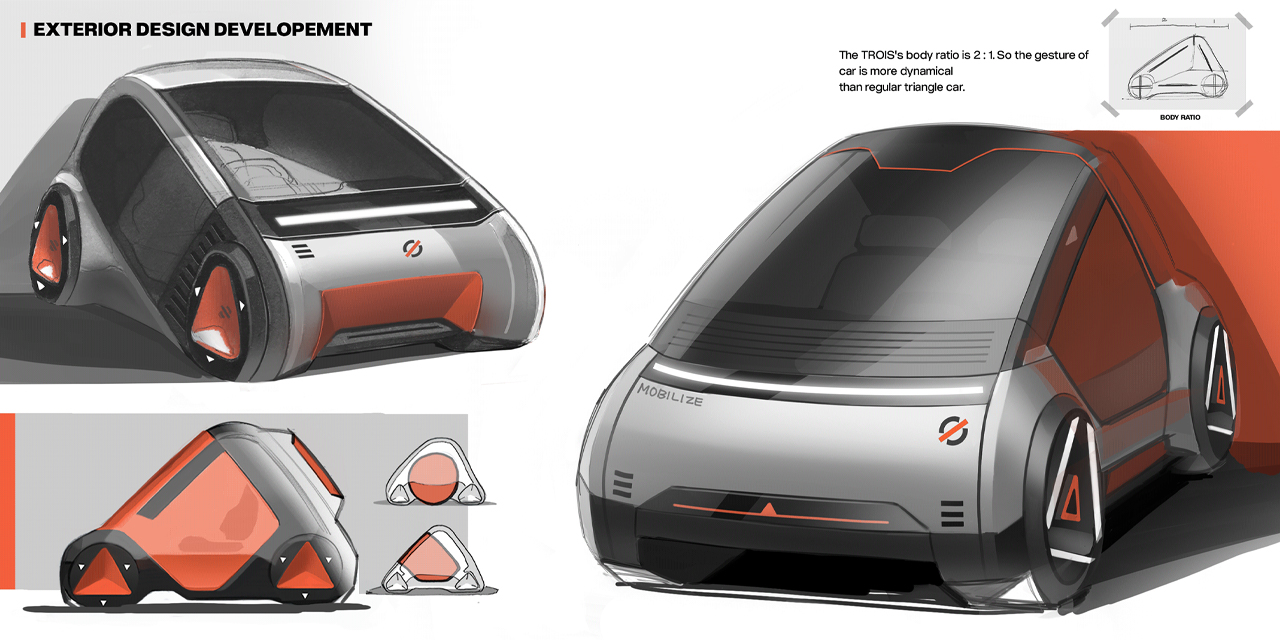 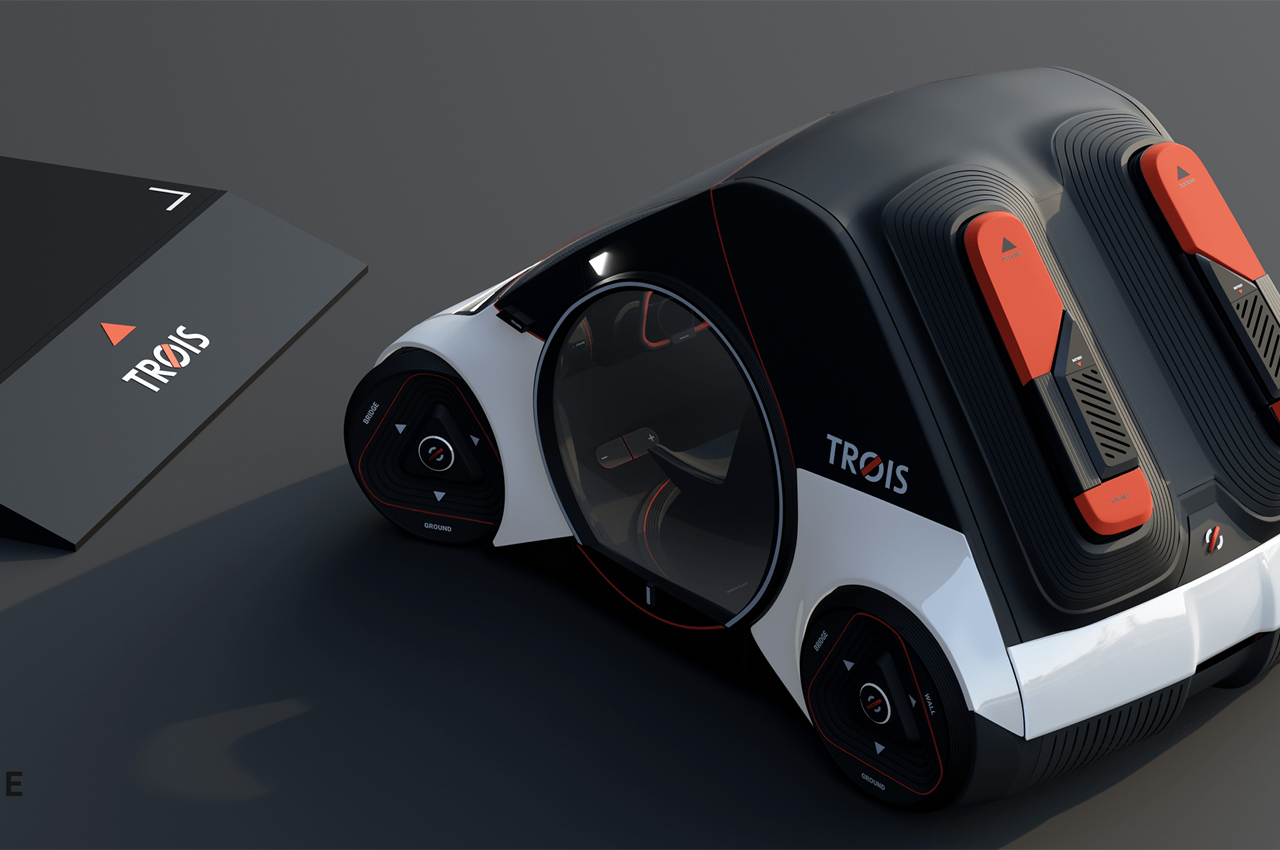 The docking station operates similarly to a wheelchair lift, sending the car up to the underside of a bridge or a nearby vertical wall. From there, the car attaches itself to the surface and moves forward like it’s on a conveyor belt.

While it can be hard to imagine such a new way of driving our cars, Trois seems to usher in a new wave of mobility concepts that will inevitably take shape in coming years. 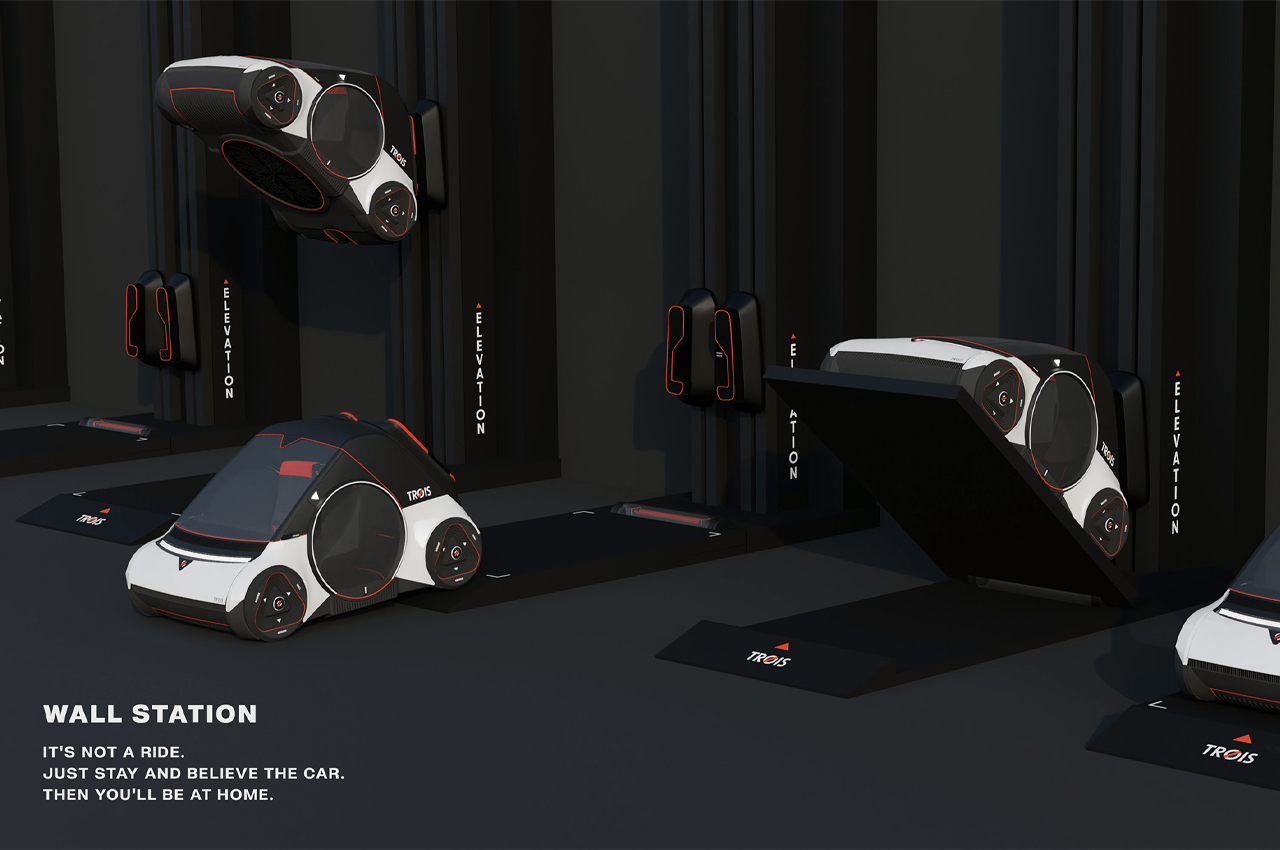 The triangular shape of Trois allows it to transition between its tree driving modes. 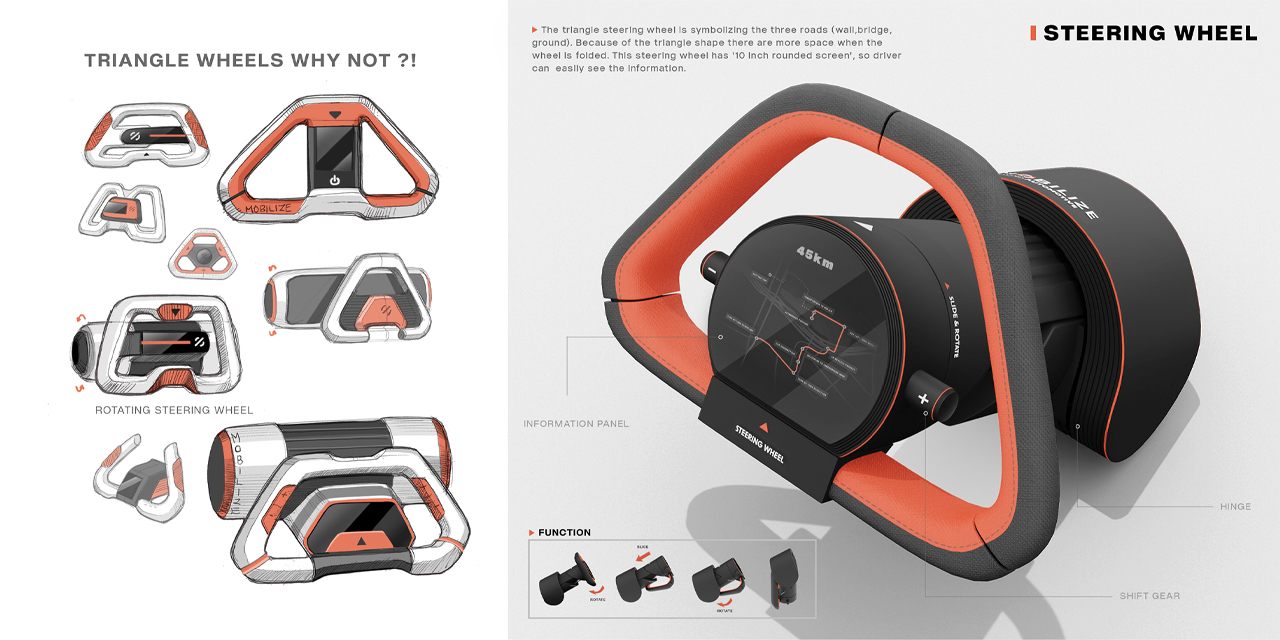 Even the steering wheel keeps a triangular shape to keep up with the theme of three’s. 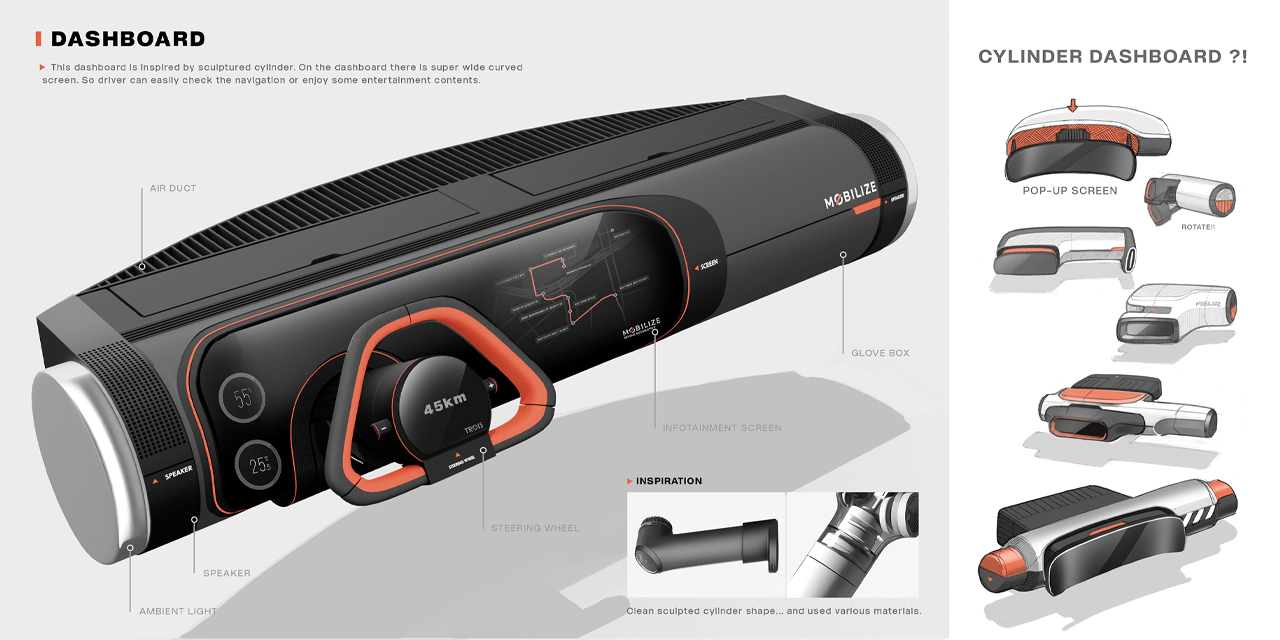 The dashboard hosts the conventional array of gear systems and information screens. 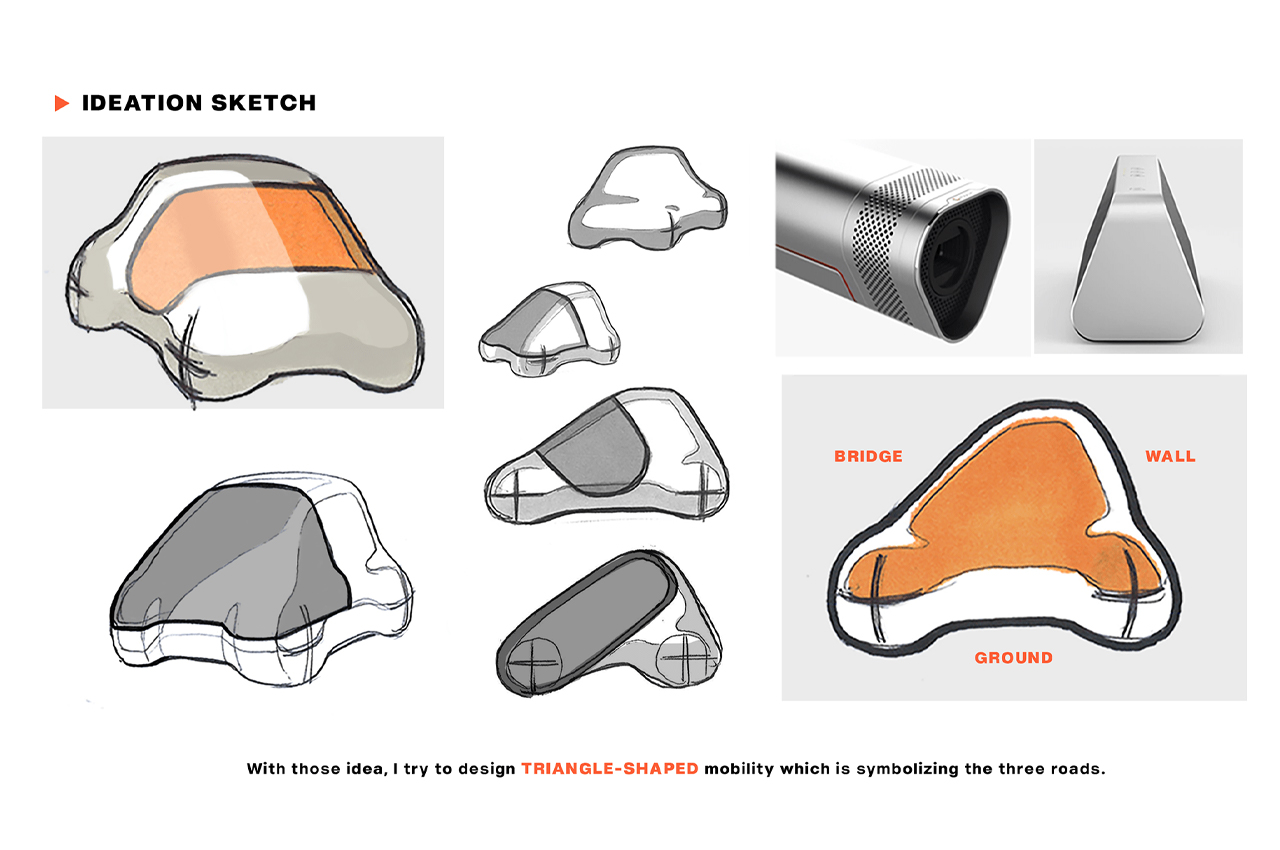 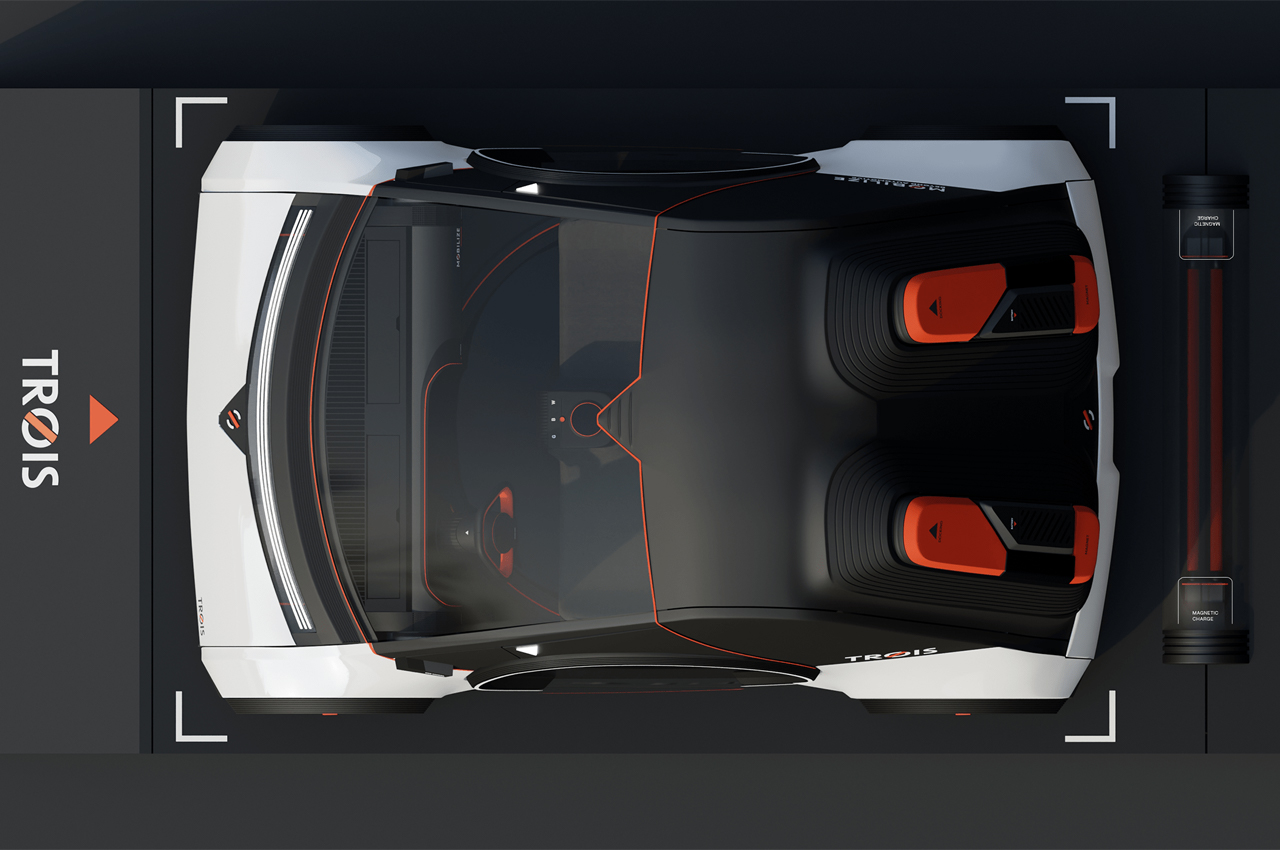 Trois was designed in the language of Renault to embrace a clean, yet minimal look. 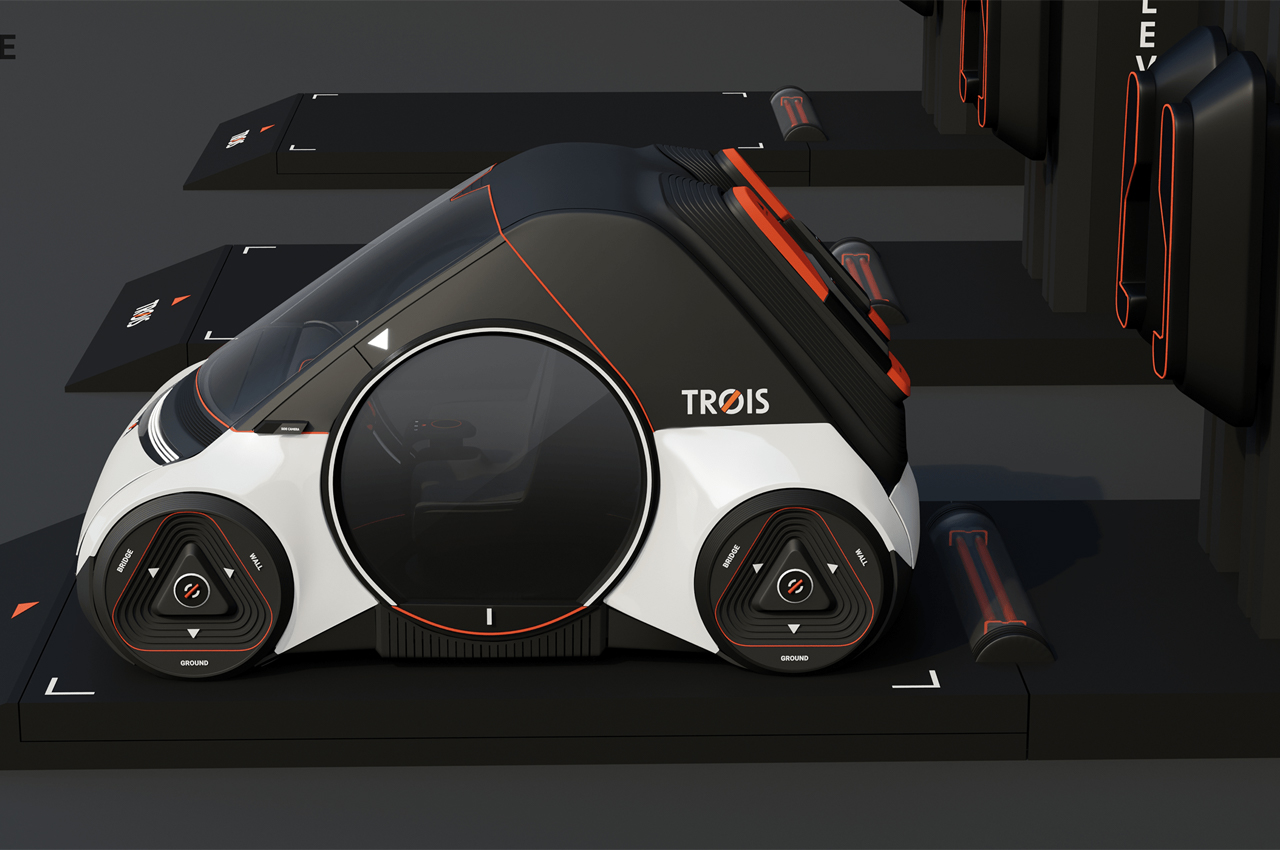 The vehicle’s wheels operate the same way as a conventional car’s wheels. 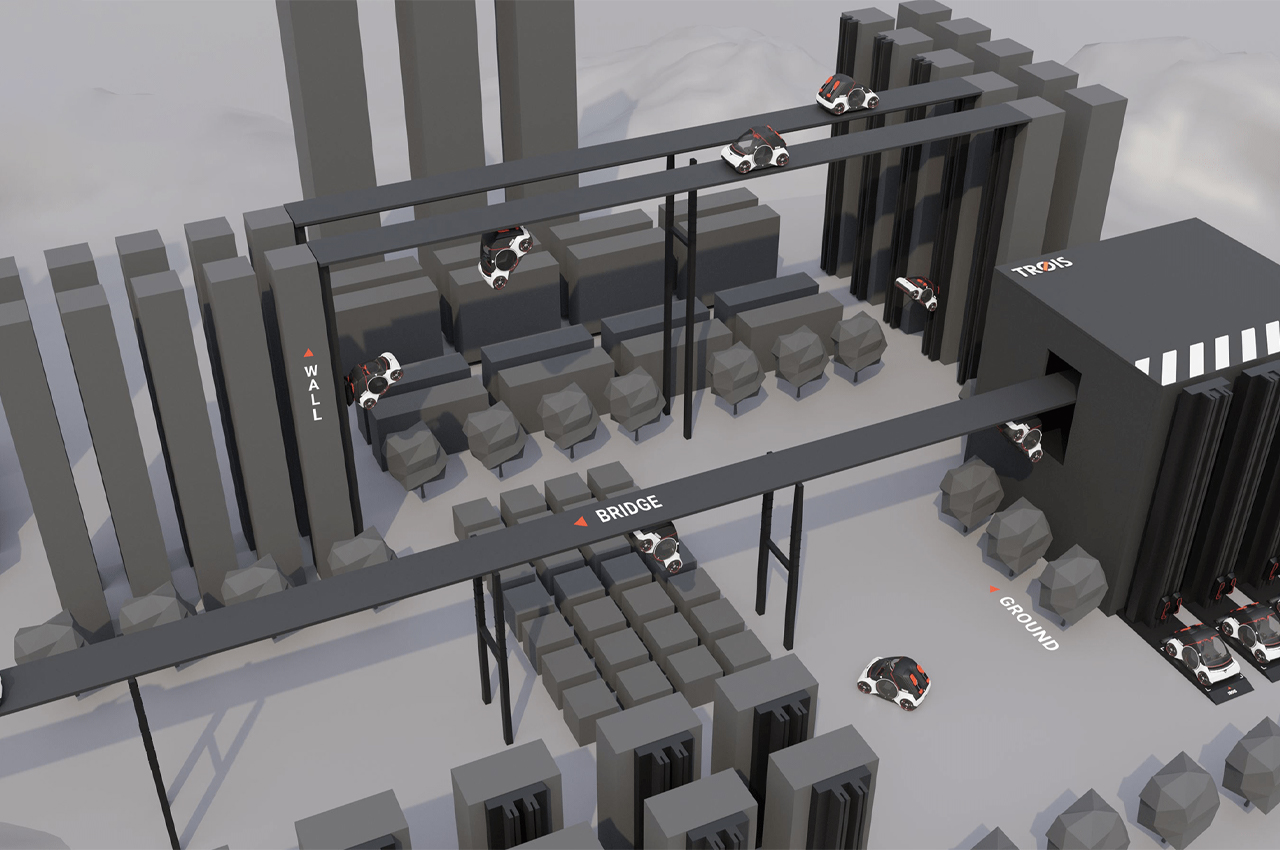 Ever felt like life would be complete if only our pets could talk? I always wonder how that would go – they would be able…

A dream on two wheels

The future of motorcycles has been widely publicized recently with the Tokyo Motor Show and various others. As to what direction is the right direction…