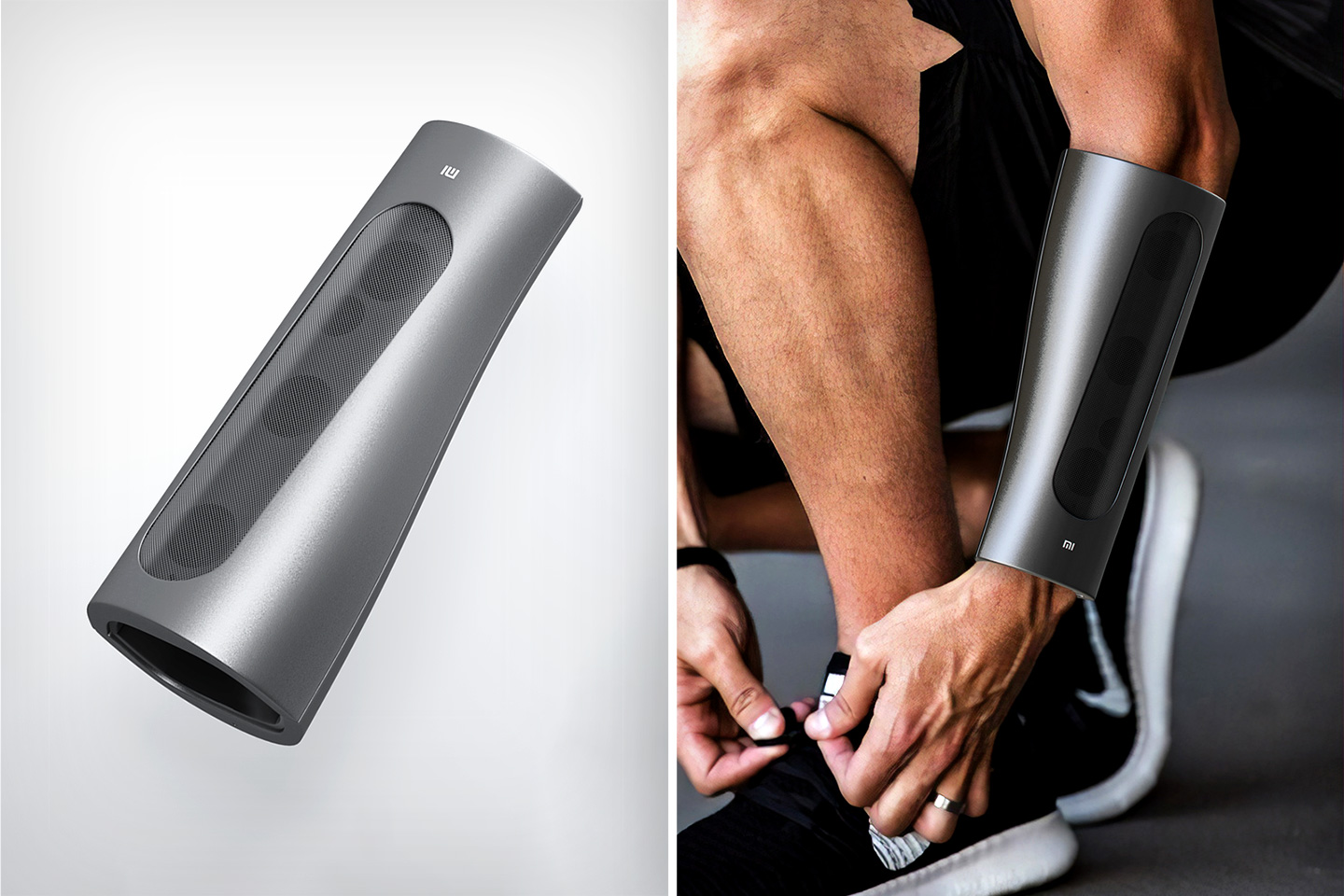 [The designer of this product is of Ukrainian origin. YD is sharing work from Ukrainian designers/students in the hopes of amplifying their talent and giving them a global platform.]

No, this isn’t a fan-made arc repulsor from Iron Man, although you wouldn’t be the first one to mistake it for one. Instead, it’s a refreshingly new speaker concept that merges sound and sapien together to create an experience absolutely new. The Xiaomi Wearable Speaker is a conceptual Bluetooth audio device that’s designed to sit on your wrist. Instead of making you just hear the audio by putting headphones in your ears, the Xiaomi Wireless Wrist Speaker makes you hear and FEEL audio because the speaker is quite literally strapped to your body. The sound travels through your ears, and the speaker’s vibrations traverse through your body, sort of mimicking the effect of being at a concert, where the music actually goes through your body, immersing you deeply. 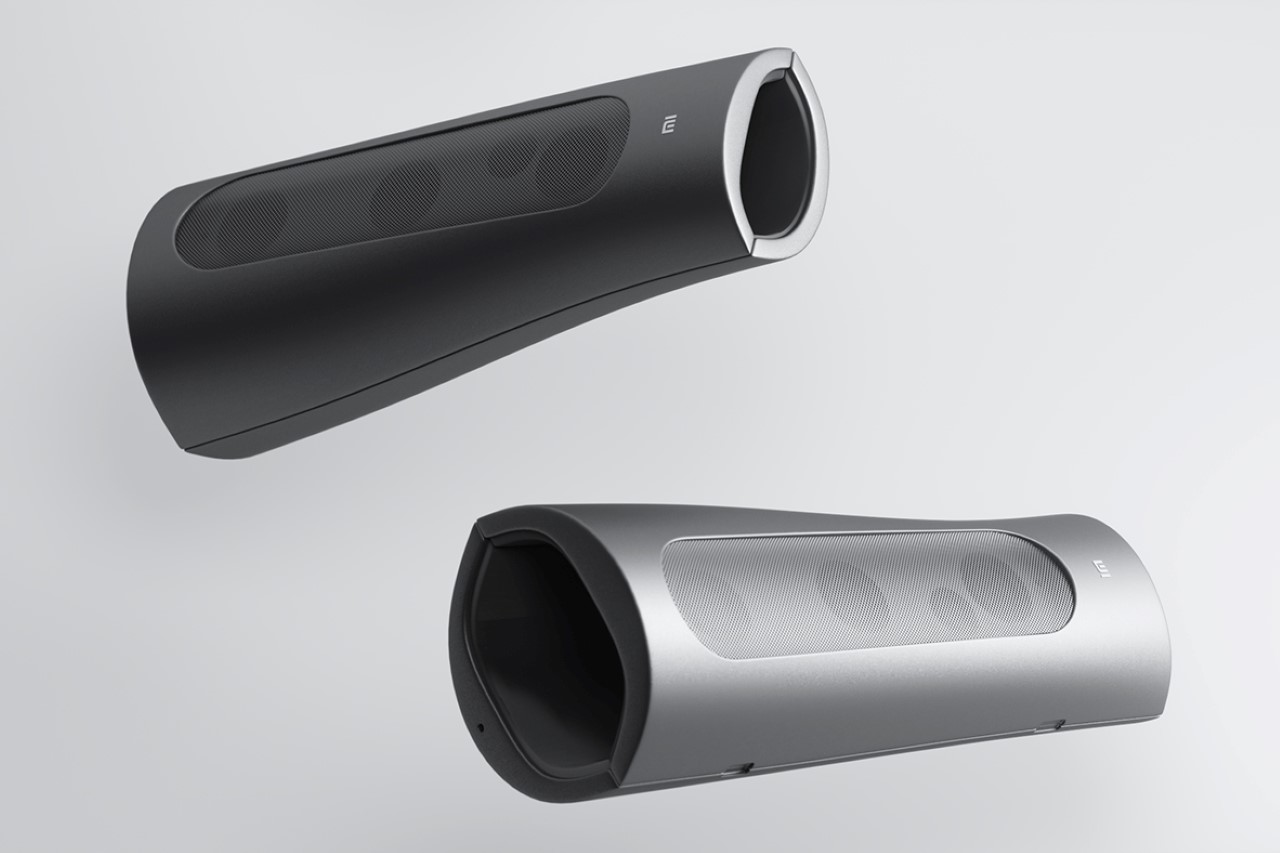 Unlike your average speaker, the Xiaomi Wireless Wrist Speaker has a unique design that makes it especially effective as a wearable. For starters, the speaker unit features multiple double-sided drivers that vibrate both outwards and inwards, sending the thumping audio into the air, but also into your body. The wrist-worn wearable has a one-size-fits-all design, with an inflatable inner layer that tightens around your forearm (sort of like inflatable arm-bands that kids wear while swimming). The tubular design of the wearable allows the drivers to sit on one side, with a 14000mAh battery pack on the other side, powering the speaker for long listening sessions. 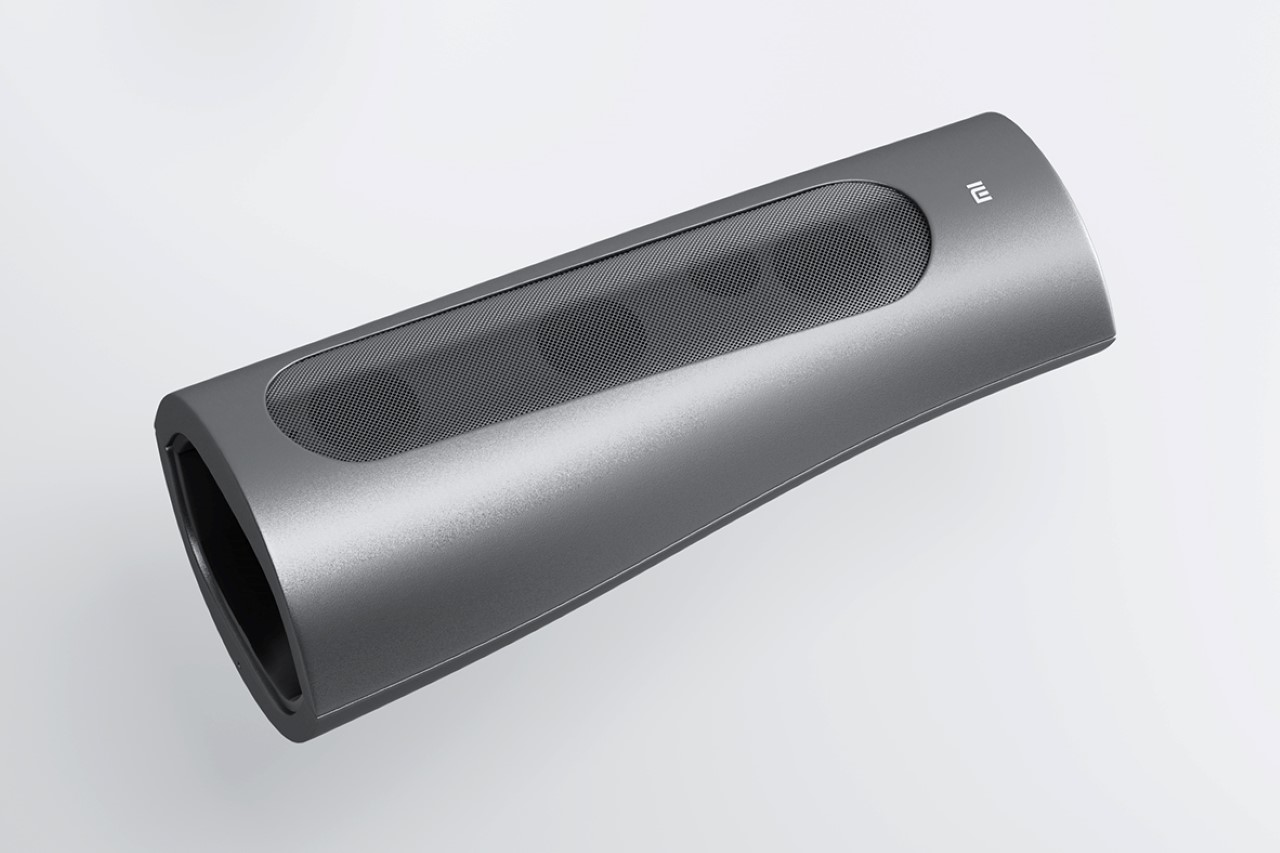 The idea of a wearable speaker isn’t entirely new. Companies have experimented with subwoofer jackets that basically send audio right through your body in the form of haptics, allowing you to experience sound on an audio-physical level. To an extent, bone-conducting headphones do the same thing, transmitting vibrations to the auditory nerve through the bone right in front of your ear. Zhurba’s concept builds on the same strategy and the underlying philosophy of allowing people to ‘feel’ music – something Zhurba suggests would be wonderful while meditating, exercising, running, or even riding a cycle or motorbike! 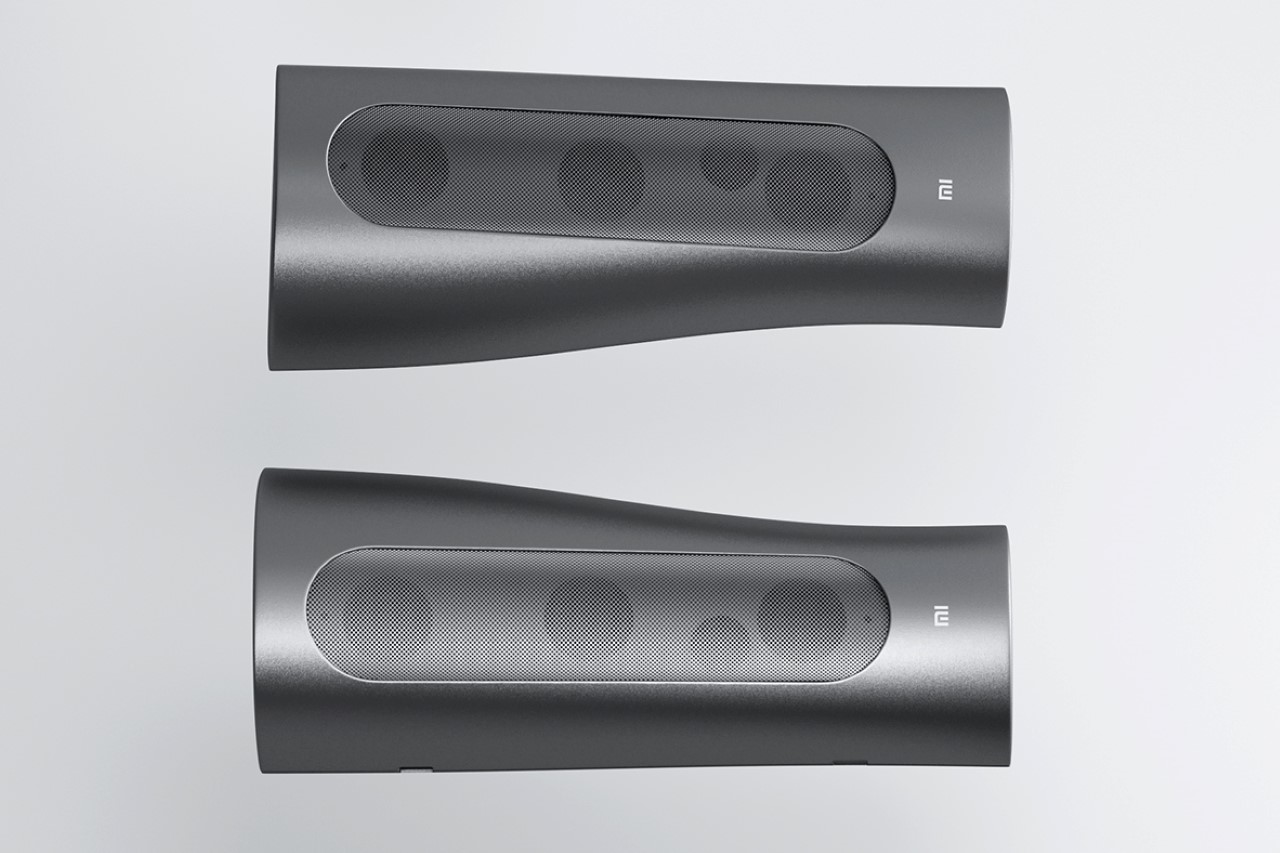 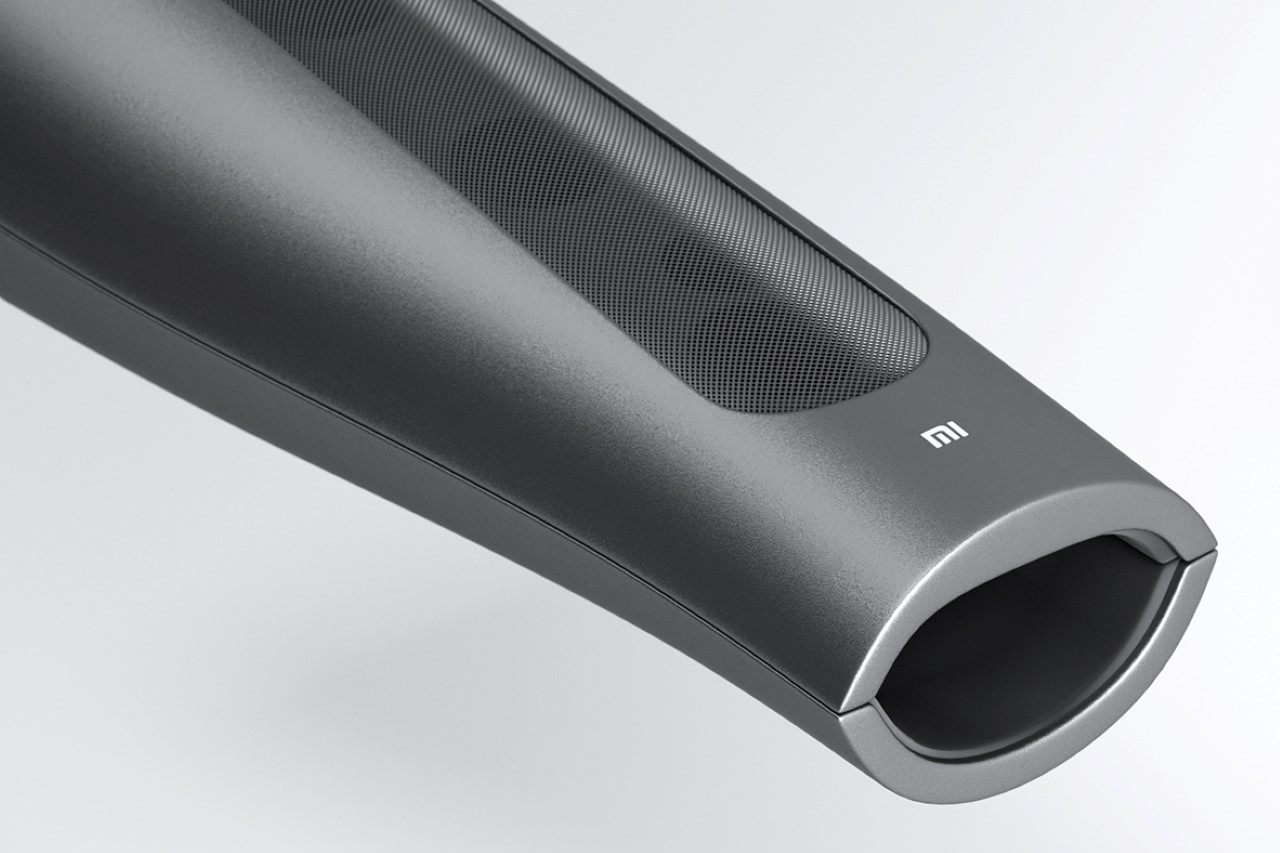 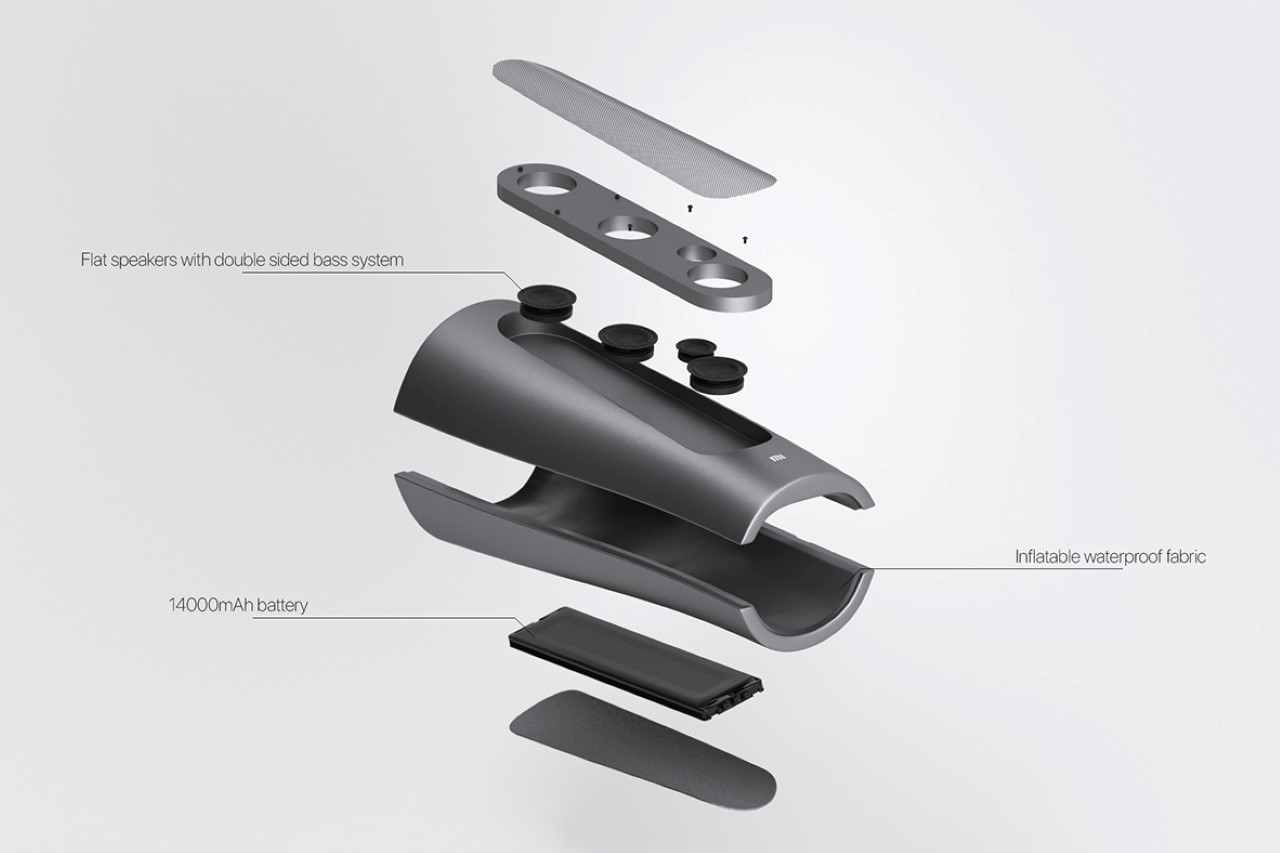 Zhurba’s design exists as just a concept for now, with the use of the Xiaomi branding being purely representational. “My vision of the design is similar with the company’s philosophy”, he mentions. The speaker, however, is patent-pending and Zhurba is currently looking for people to help finance its production. You can reach out to him via email, or through his Instagram. 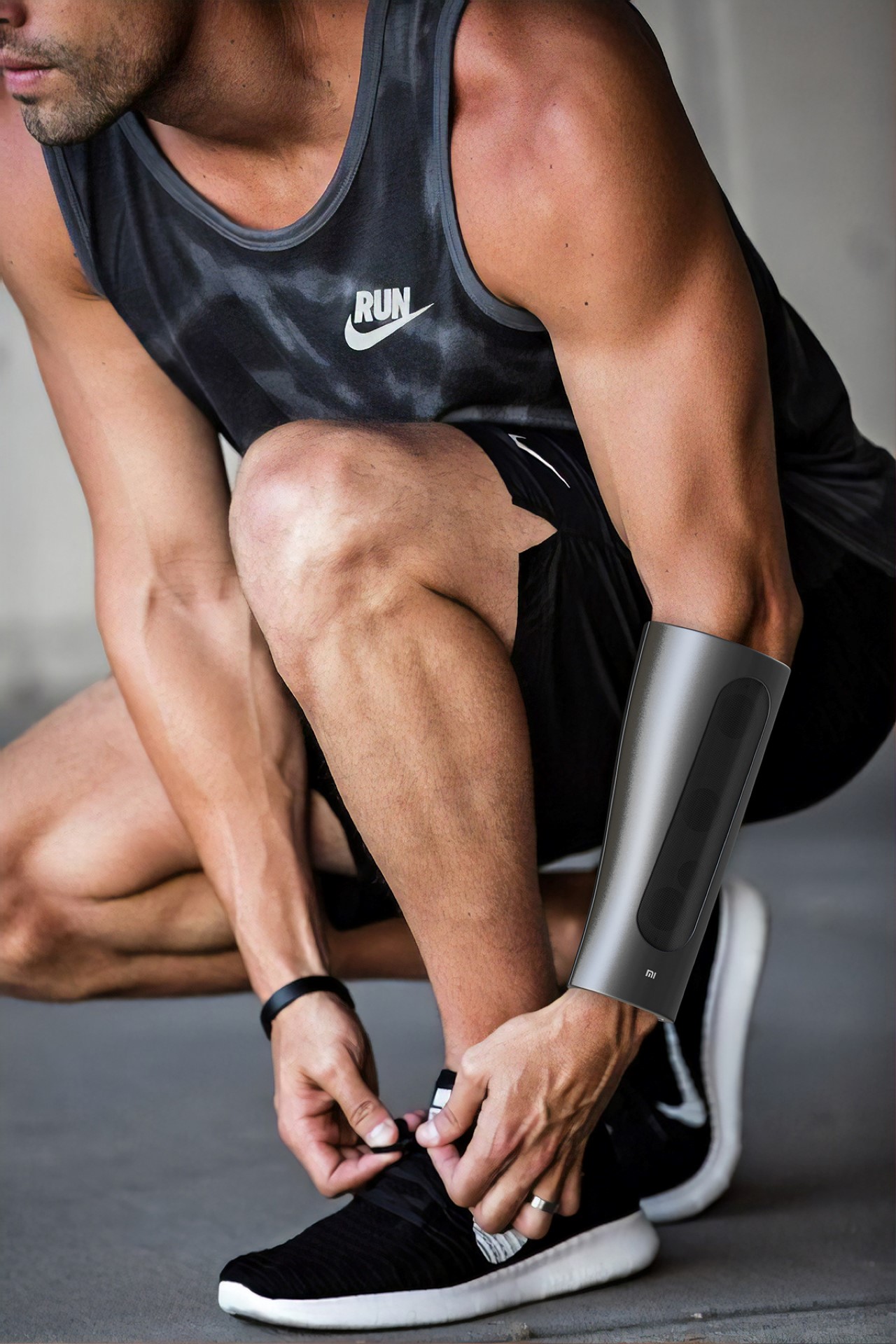 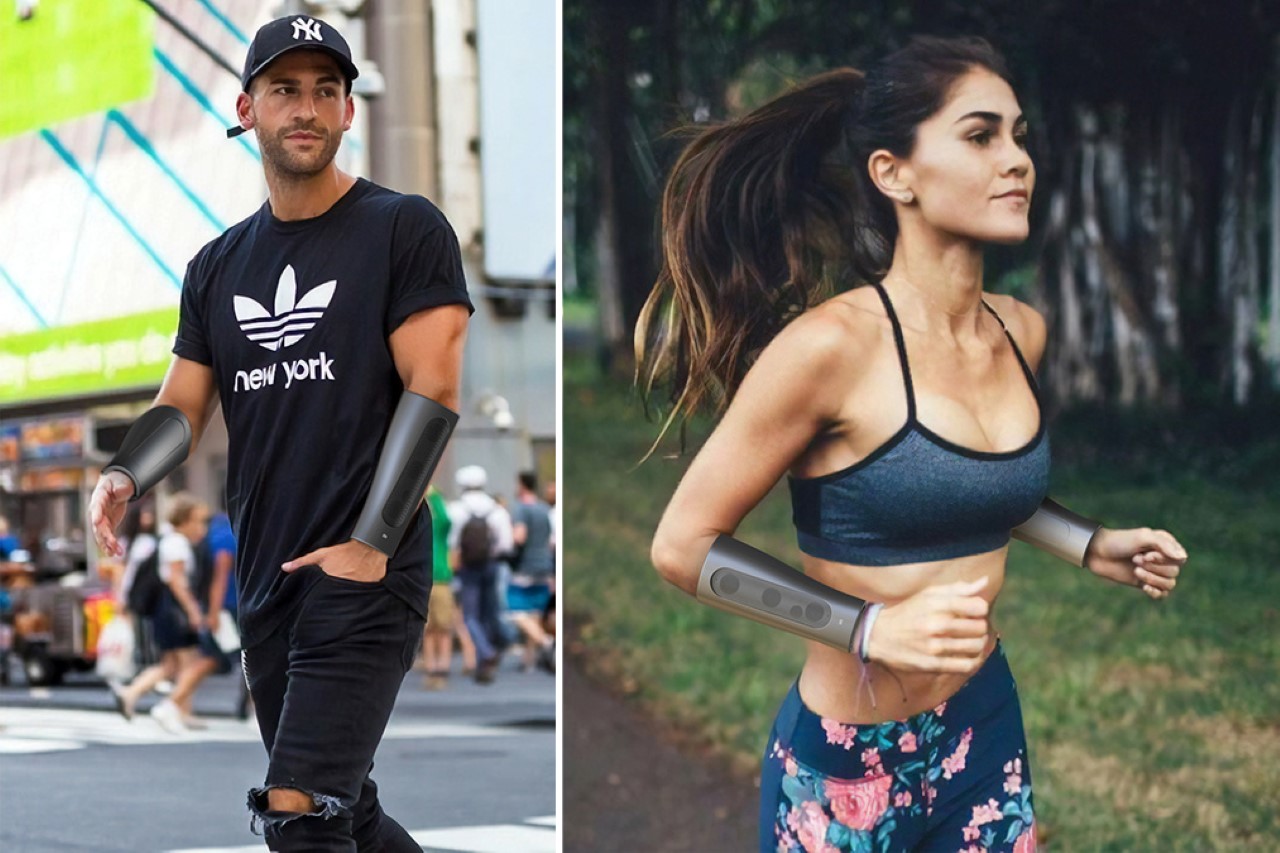 This Speaker Has Balls

Appropriately named “ATLAS” for the way you hold the orb in your hands, this modern speaker design connects man and music. Through touch and intimate…

Låmpion is a hybrid tube amplifier and dock designed for audiophiles who want to use their smart devices, including tablets and smartphones, without losing connectability…