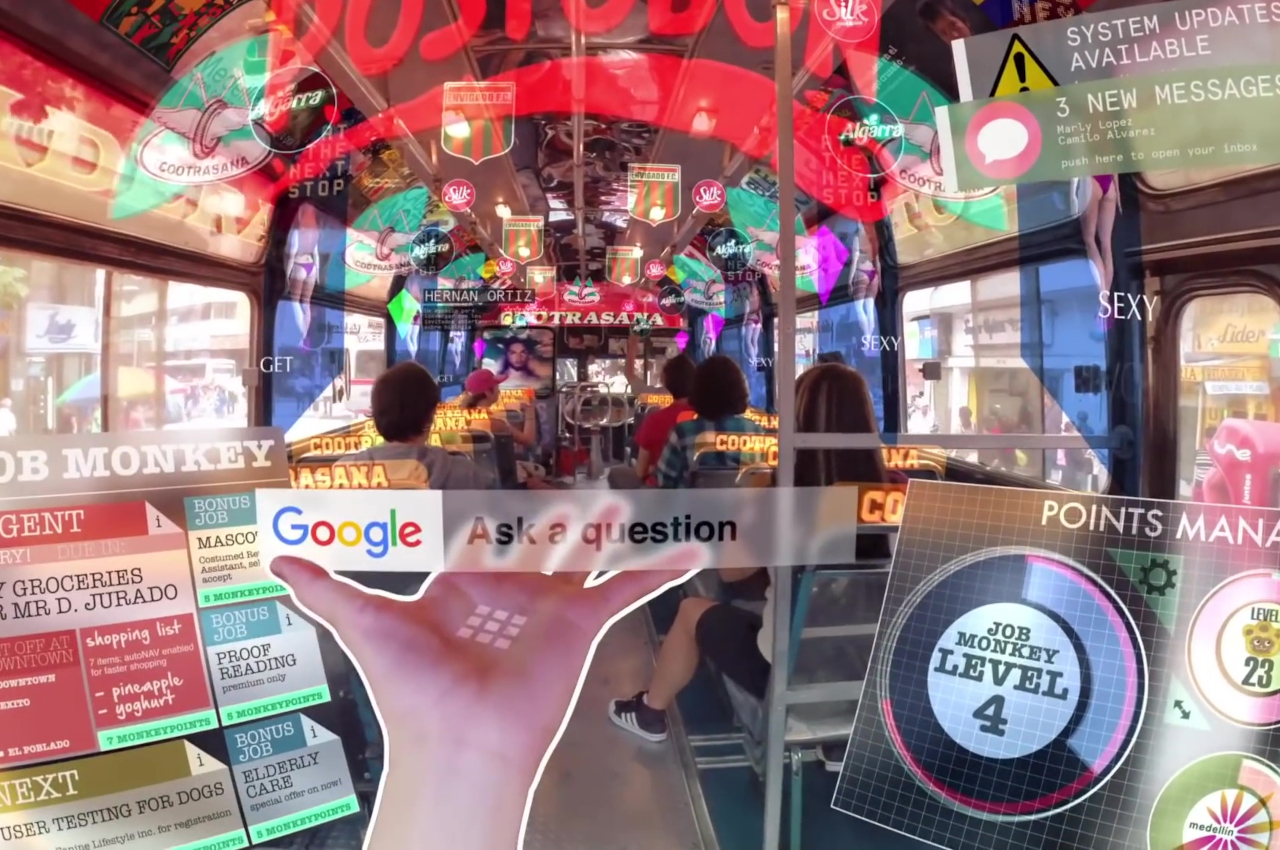 As virtual and physical worlds collide, the way we design and appreciate products will change forever.

It’s easy enough to downplay the metaverse as an overly hyped buzzword that won’t last a few years. There’s also plenty of reason to be worried when a company like Facebook formally adopts it as its new prime directive. The metaverse, however, will eventually be our future, or at least the technologies that power the metaverse will be. But more than just something that geeks will enjoy, this new version of our reality will also affect everyday life, and it’s already causing a shift in the design world even as we speak. 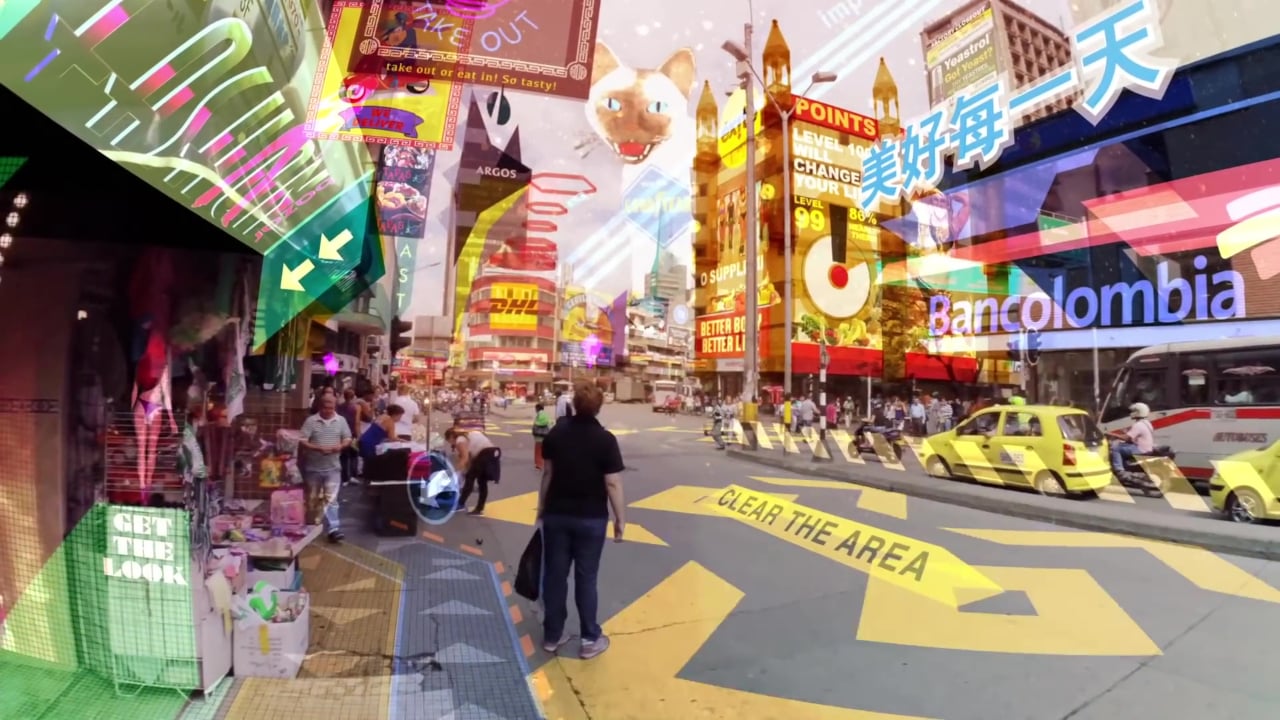 The Metaverse of Madness

What is this “metaverse” thing in the first place? Just like “the cloud,” the word existed long before it came to the attention of mainstream media and big tech giants, so its meaning might have become a bit muddled by now. It’s also impossible to talk about the metaverse without talking about the different “extended realities” (XR) that preceded it and enables it.

People will probably be most familiar with VR or virtual reality since it has so far been the most accessible to even the common folk. It immerses people in a completely digital world, with almost no connection to reality except as images and videos overlaid in the VR world. In contrast, augmented reality or AR puts digital objects in the real world, mostly to give additional information or put stickers in a mostly passive way. Then there’s the newly-minted “mixed reality” or MR that truly blends the physical and the digital, allowing objects in one world to manipulate the other.

The metaverse is an application of all these technologies, particularly VR and MR, with the added element of social interaction. Whether that interaction is happening in a completely virtual world or against the backdrop of real-world locations, the metaverse creates a social space where people can experience the same things as others in that same virtual space. It’s this blurring of the boundaries between the real and the digital that is going to inform the field of design in the years to come.

Product Design in a Mixed World

Product design has always been a discipline that aims to create things that give value to people, not just things that are pretty but solve the wrong problems. The metaverse, however, changes the rules on what will be valuable to people, and that will turn the field of product design on its head. In some ways, it improves on age-old processes and makes iterations faster and more efficient, but it also creates dangers that could impact people’s lives in less direct ways.

Products in the metaverse will no longer be limited to the constraints of physical materials and production pipelines. Changing designs on a shoe or even a car can be as simple as changing what people see through their AR headsets or glasses. We already see a shift in that kind of customizable experiences with BMW’s latest concept car, and many companies are already laying the foundations for their metaverse products. Nike, for example, recently acquired a startup that specializes in designing virtual sneakers for the future metaverse. The metaverse could also help make products more sustainable since changing designs or creating new variants will no longer require additional production processes or new materials that would eventually create more waste. At the same time, metaverse-centric products can also reduce their inherent value, or at least the value we place on actual physical objects that actually do something in the real world. Taking the shoe example again, you can have a metaverse shoe that can look outlandish or out of this world in mixed reality, but they might not perform as well as specially-made running or basketball shoes. As human beings with physical bodies, we still put value in things that we can touch and feel, things that tickle the senses beyond sight and sound, things that these digital realities can’t fully replicate yet. 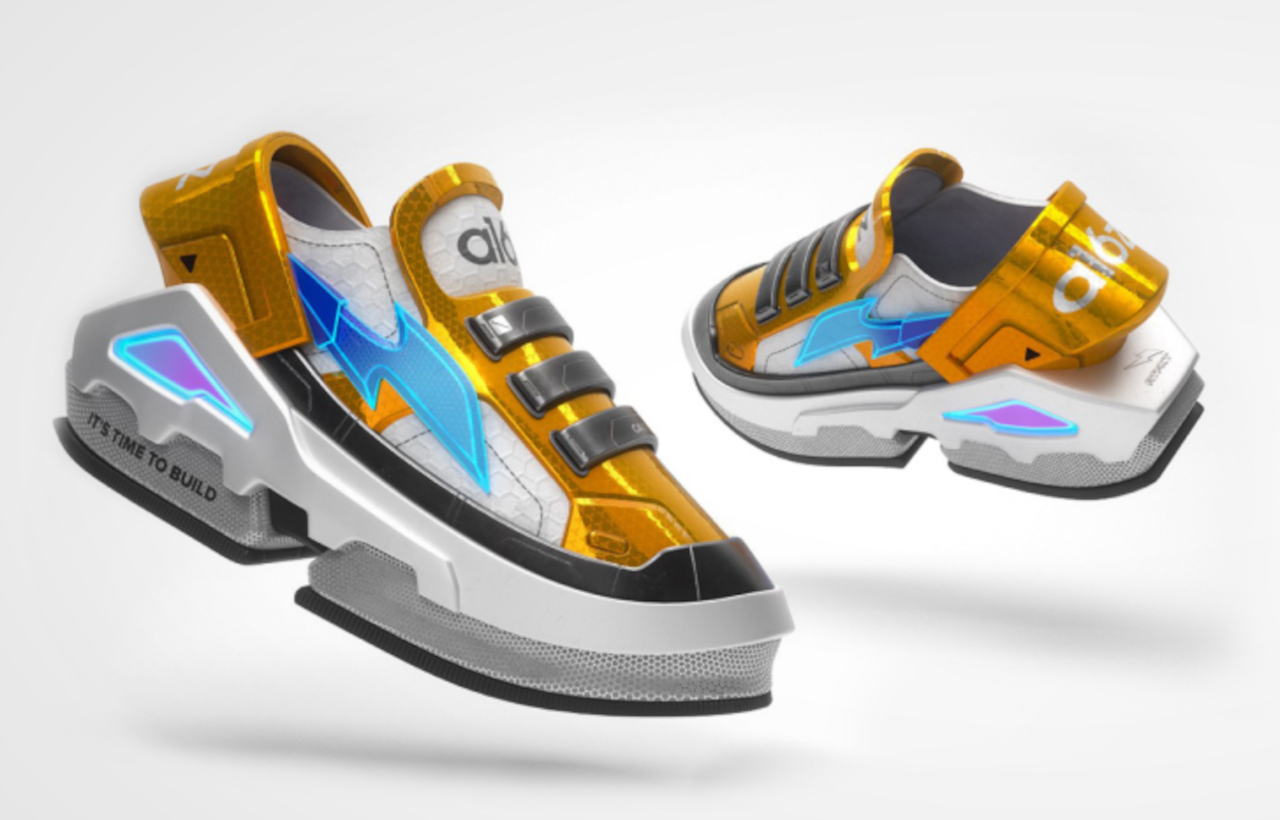 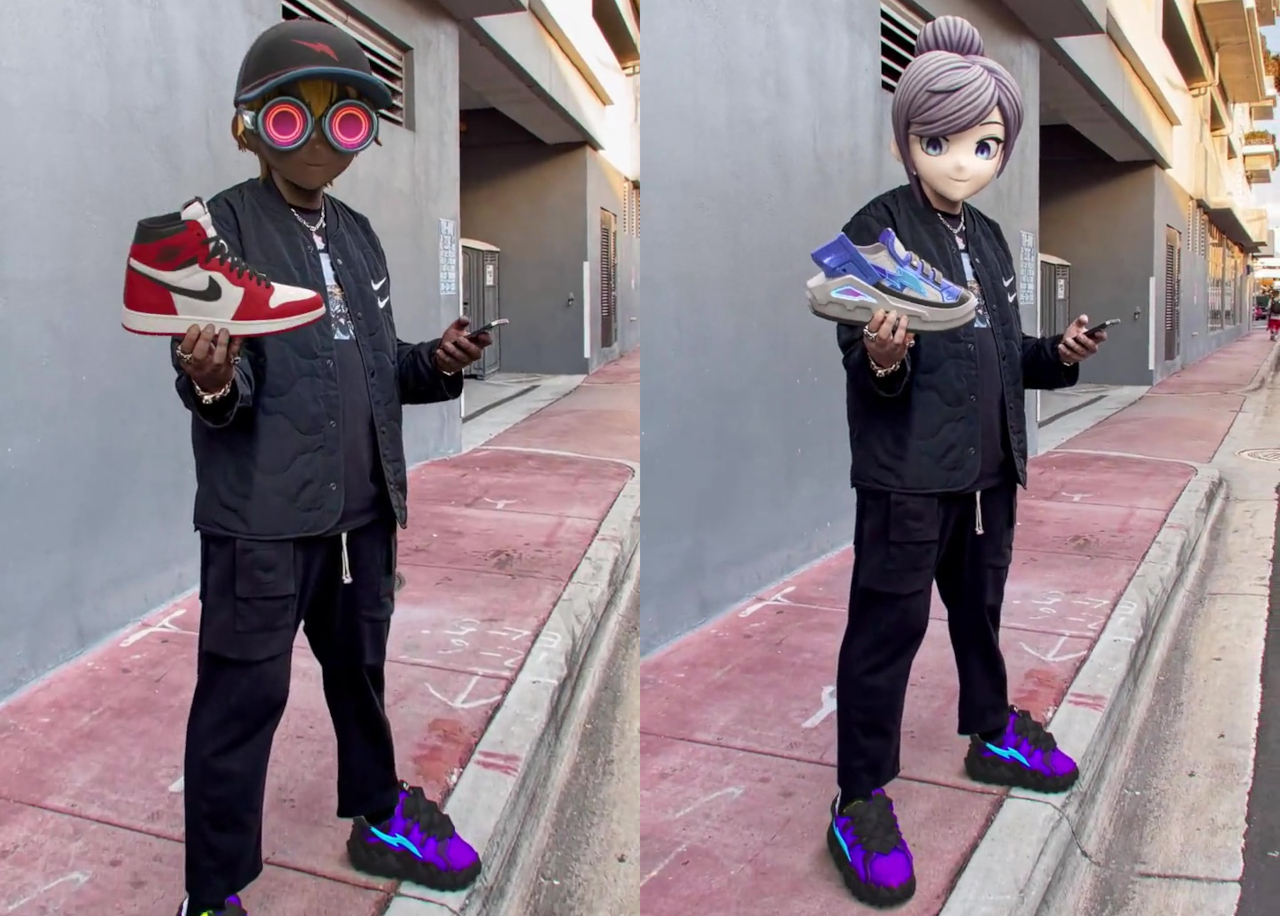 The metaverse can also change the way we will experience the world around us, which, in turn, will also change the way designers create products or user experiences. Hyundai, for example, presented the idea of “metamobility,” where Boston Dynamics’ Spot dog can be your physical representative on Mars. That, however, also requires designing new products that will let you physically experience those same sensations as if you were there. 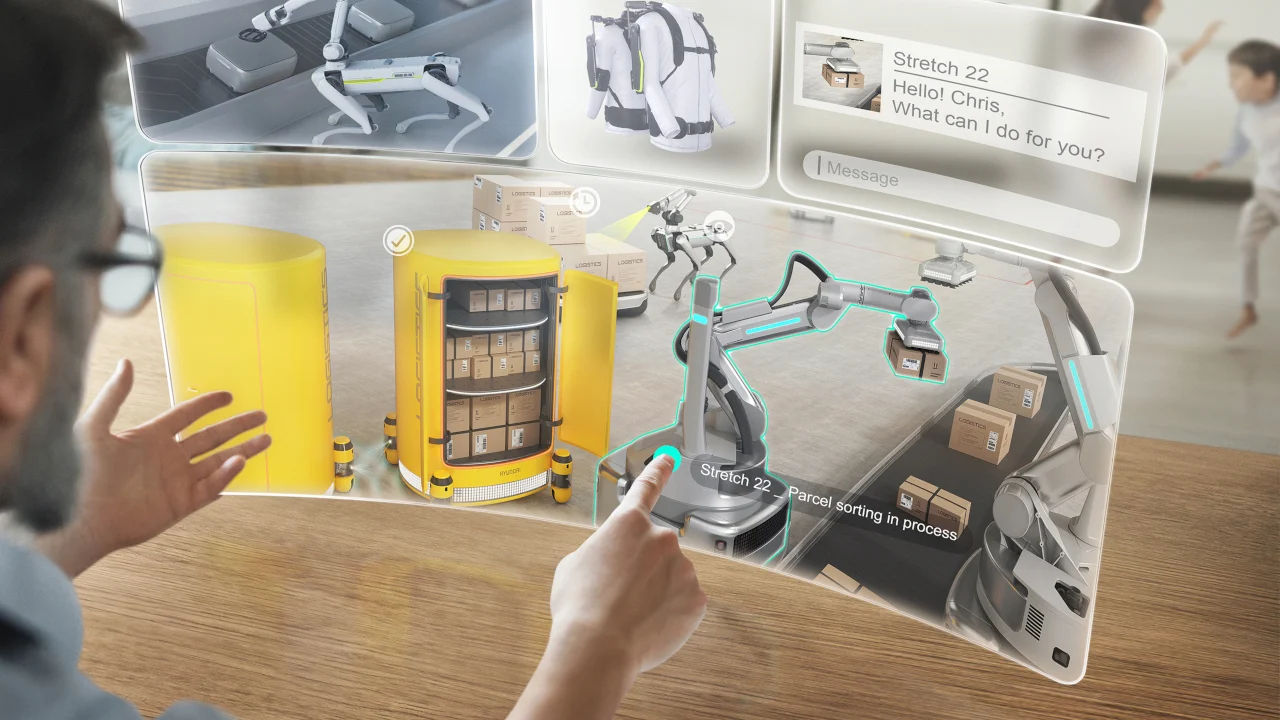 A lot of these new concepts seem to revolve around cars, particularly the ones that can drive themselves so that humans can enjoy the metaverse in peace. LG’s concept unsurprisingly puts displays around the car’s interior, creating a virtual window into a digital world. Outside of vehicles, we will also need apparel and accessories that will not only reproduce sensations that should be felt in the physical world but also let us control the virtual world as naturally as possible. 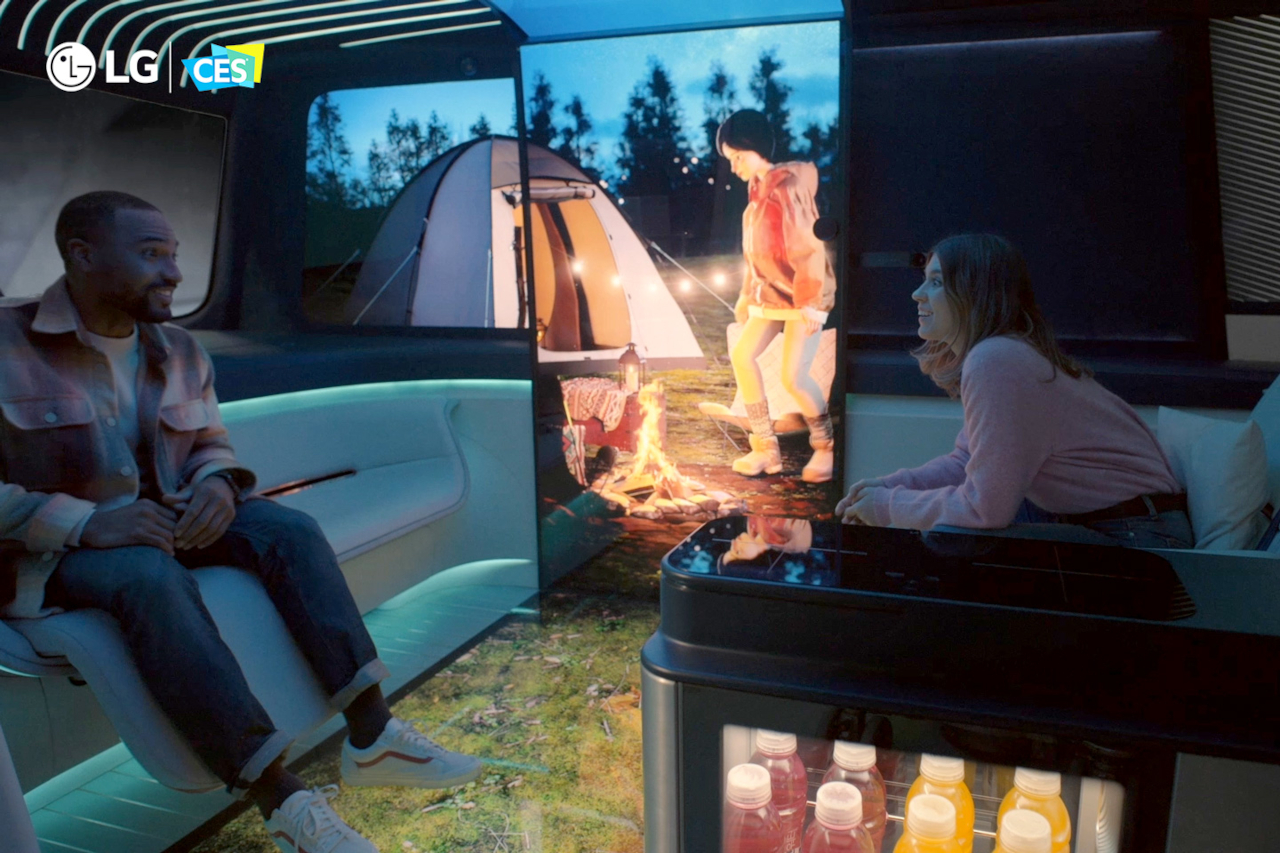 Even everyday products at home will be drastically changed, more in function than in form this time. In the metaverse, reality can be made to look different in a snap, but the underlying physical object still needs to be able to support its intended functions. A couch still needs to be a couch that you can sit on comfortably, no matter the reality. Designers, however, might be less interested in spending time on the finer details if they will be overlaid with a different design anyway. 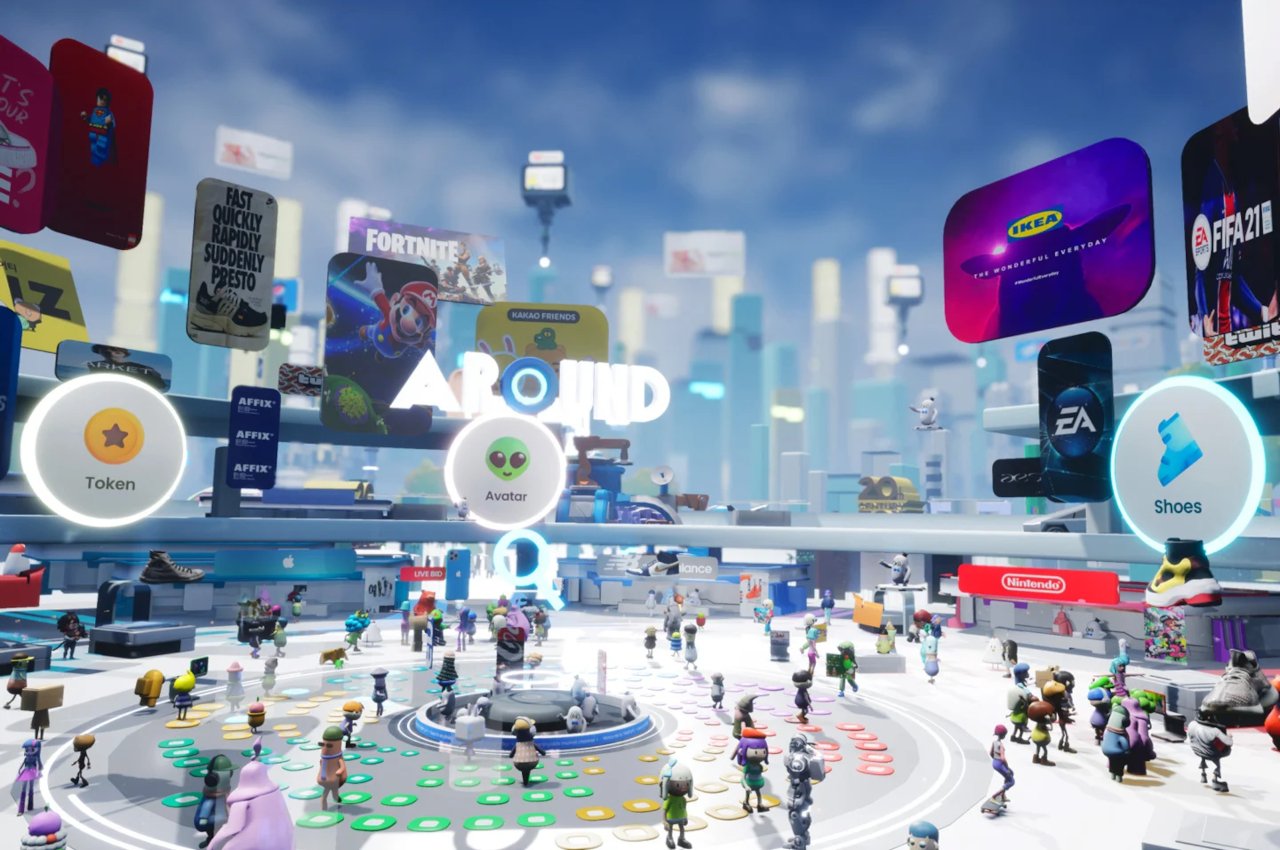 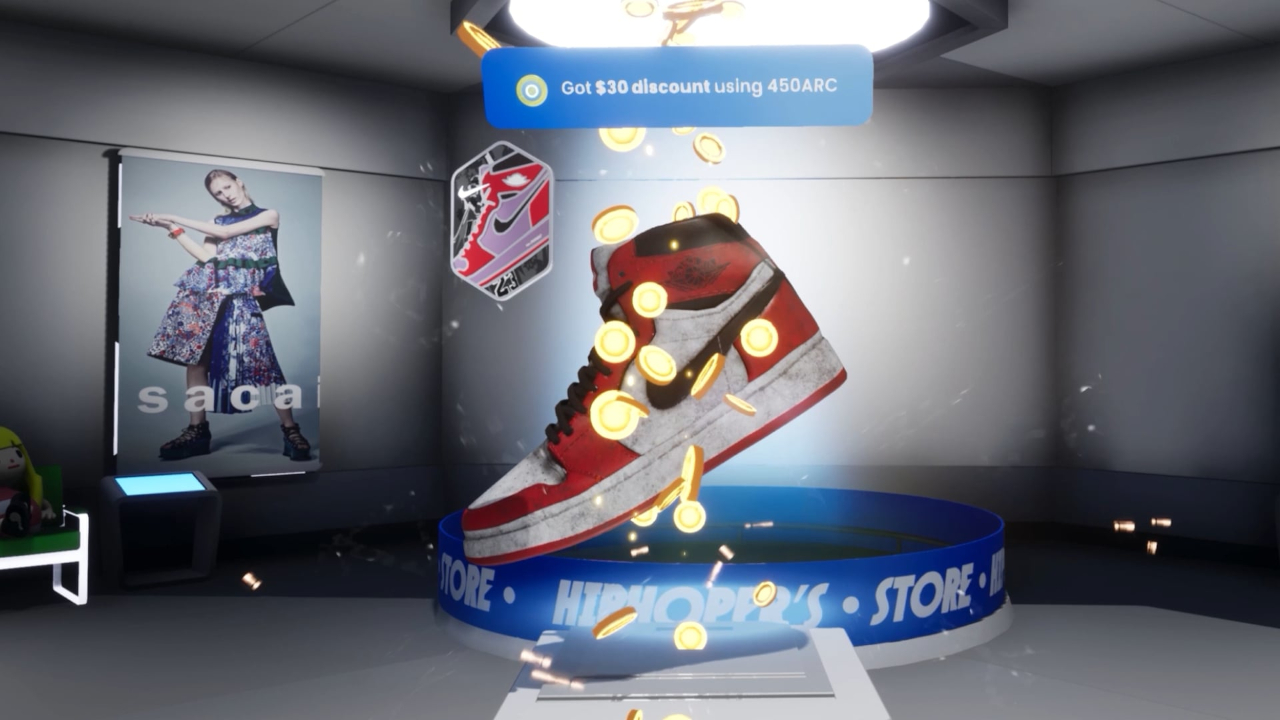 The Metaverse will change the Rules, but not yet

From product design to money, the metaverse both promises and threatens to change the world as we know it. It is equally exciting and frightening for everyone, from consumers to creators. The winds of change seem to have started blowing, but the good news is that the big changes aren’t going to happen just yet. 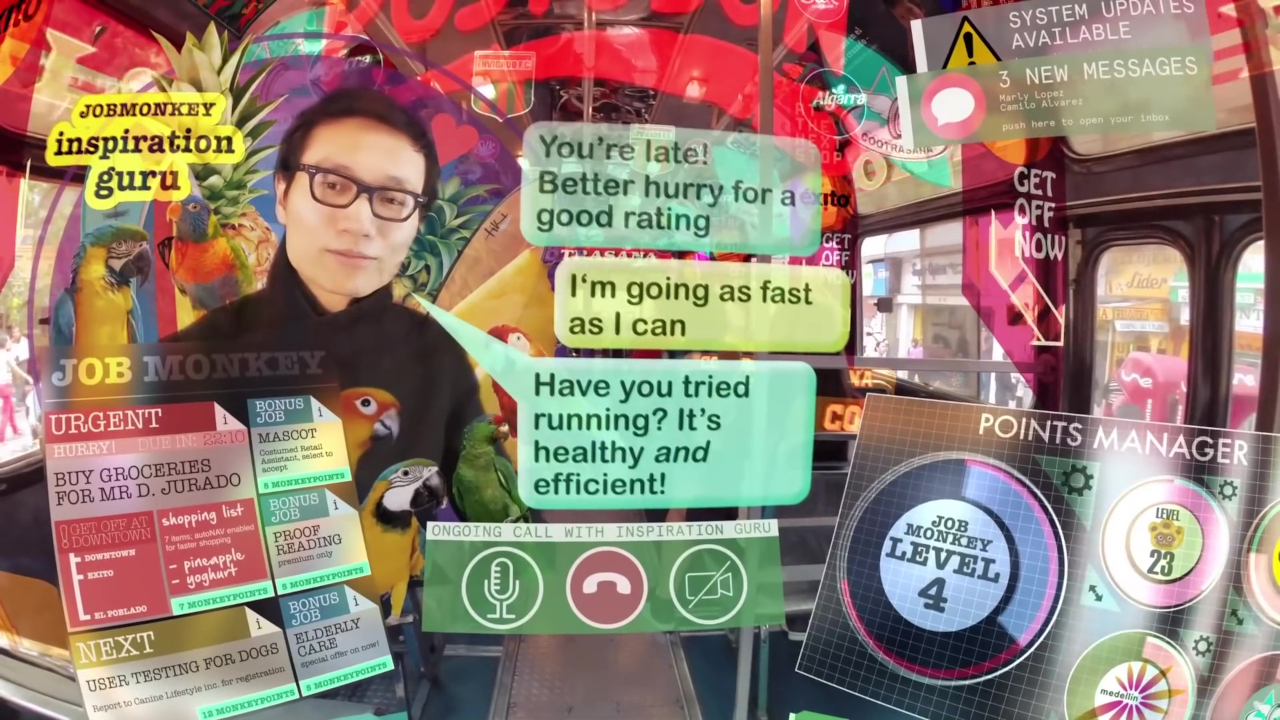 Beyond the hype being pushed by large companies (except Apple, it seems), the metaverse isn’t something that’s going to happen in just a few years, like 5G or a new smartphone. There are too many pieces still missing, starting with the devices that we’ll need to experience this metaverse, like ergonomic mixed reality eyewear. That’s not to say it won’t happen eventually, but the change won’t be as revolutionary as some companies like Meta would have people believe. And that is just fine because it will allow us to better prepare for when it does happen and not have our real reality come crashing down like a web server. 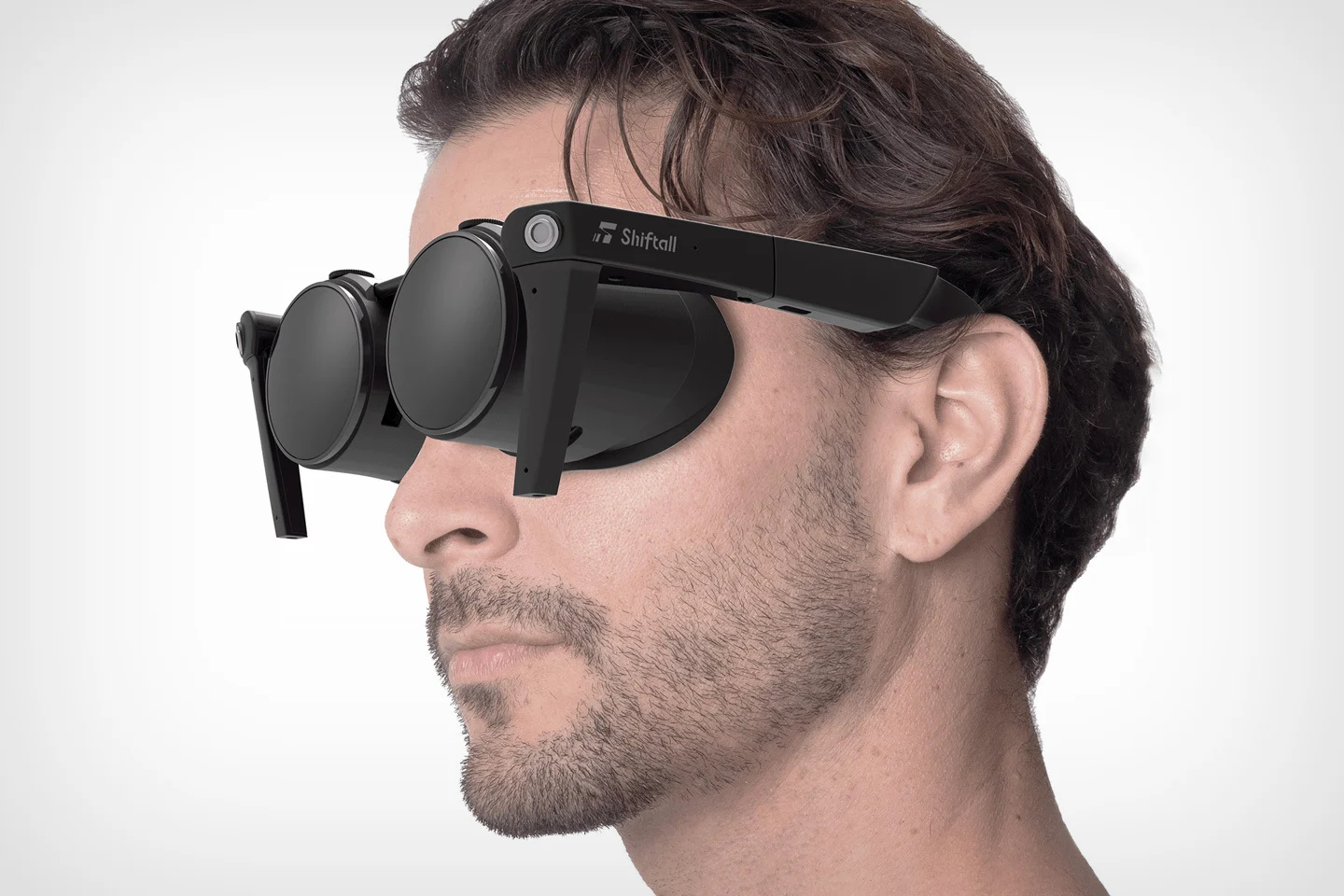 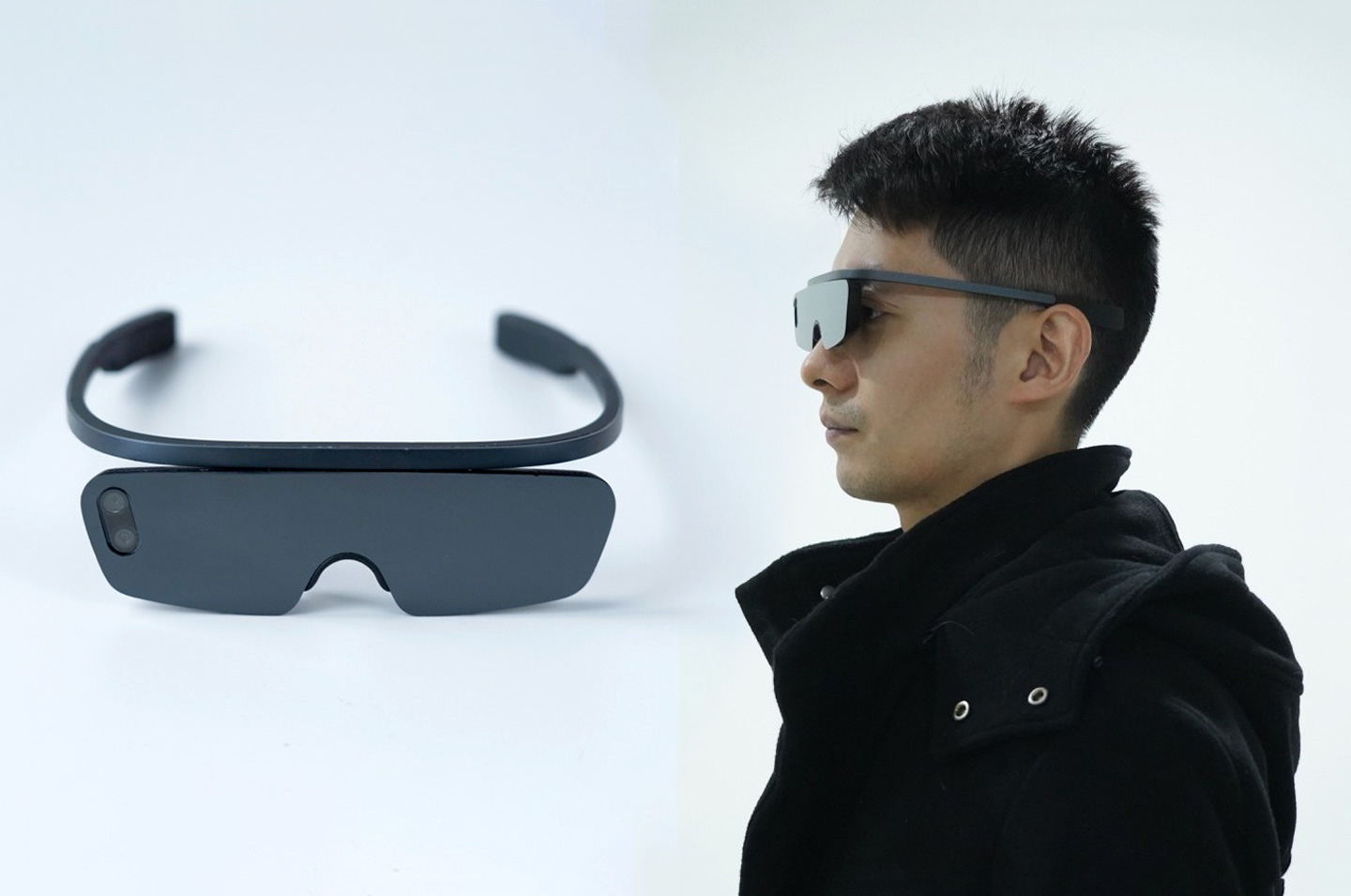 Tell me this toilet isn’t sexy!?

Never thought I’d utter the words “loo” and “love” in one sentence but this one has changed that! You’ll love this design too – not…

Bring your interiors to life with these inspirational table designs!

Tables are an essential piece of furniture in every home or office. Whether it’s one to work upon, eat on, or place your favorite knick-knacks…

The G Shock concept watch is designer Alp Germaner’s personal take on his favorite watch. I like the fact he has given it his personal…