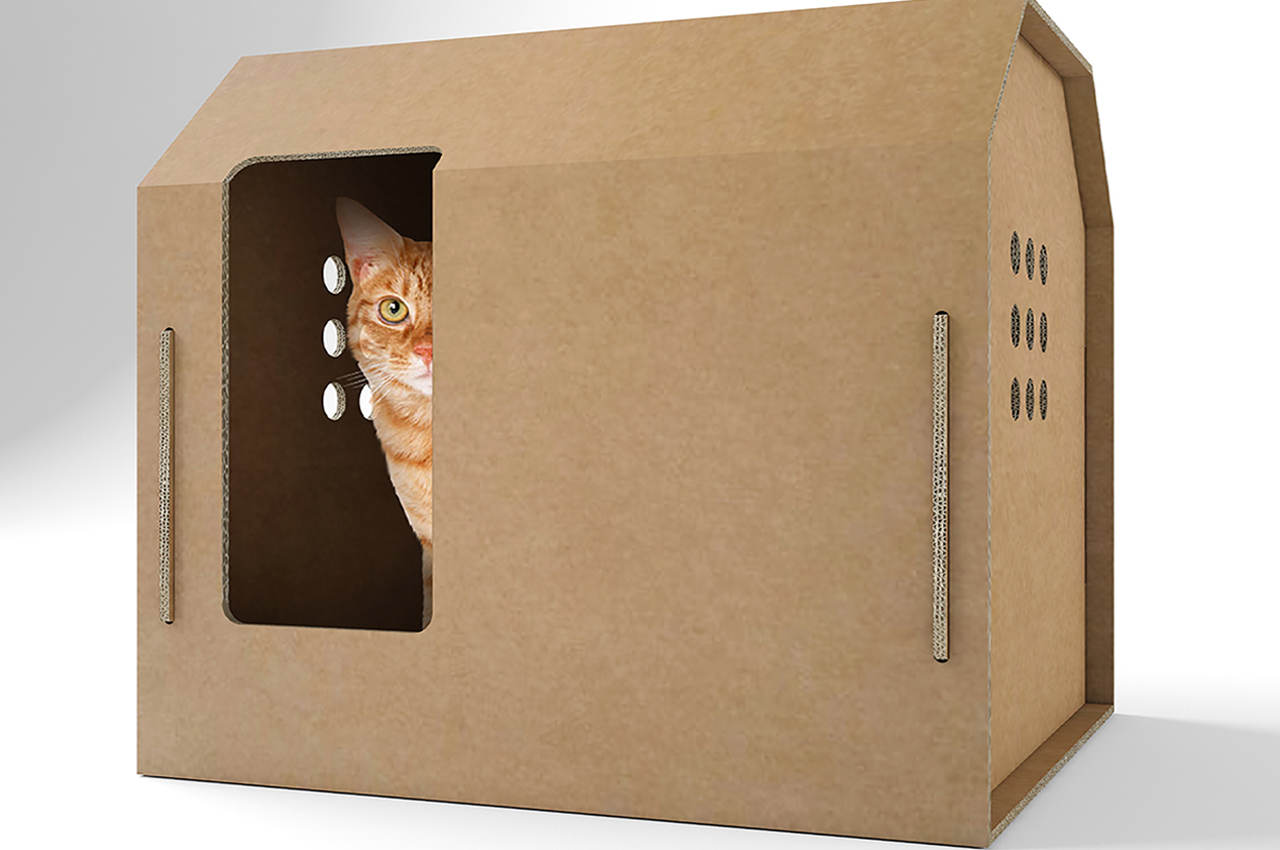 Petsy is a cat house made from the bare essentials—just cardboard.

Cats don’t need much, even a cardboard box will do. Moments after opening one from a shipment, your cat’s already found their hideaway, zen zone for the day. When they’re not in the mood for cuddling, a cardboard box is their personal playpen and private hideaway. 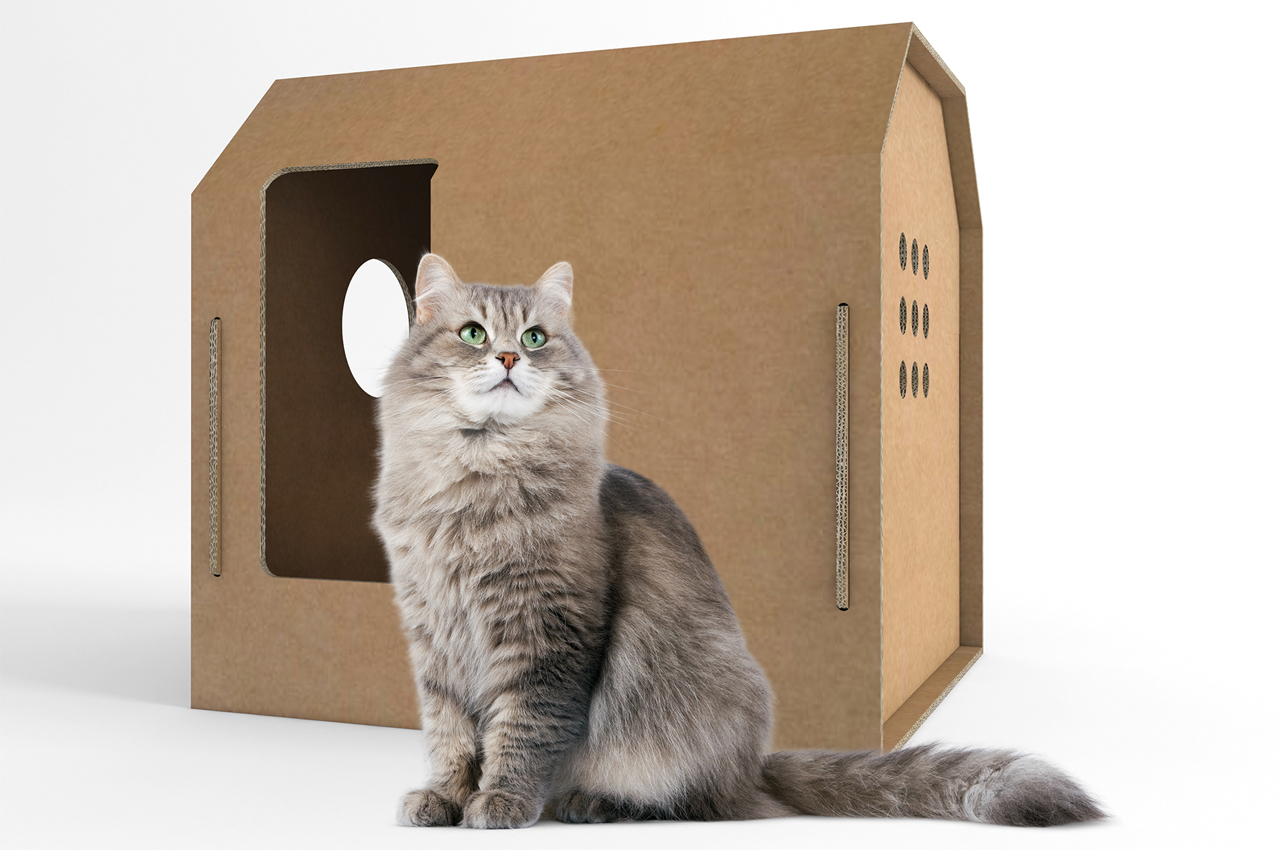 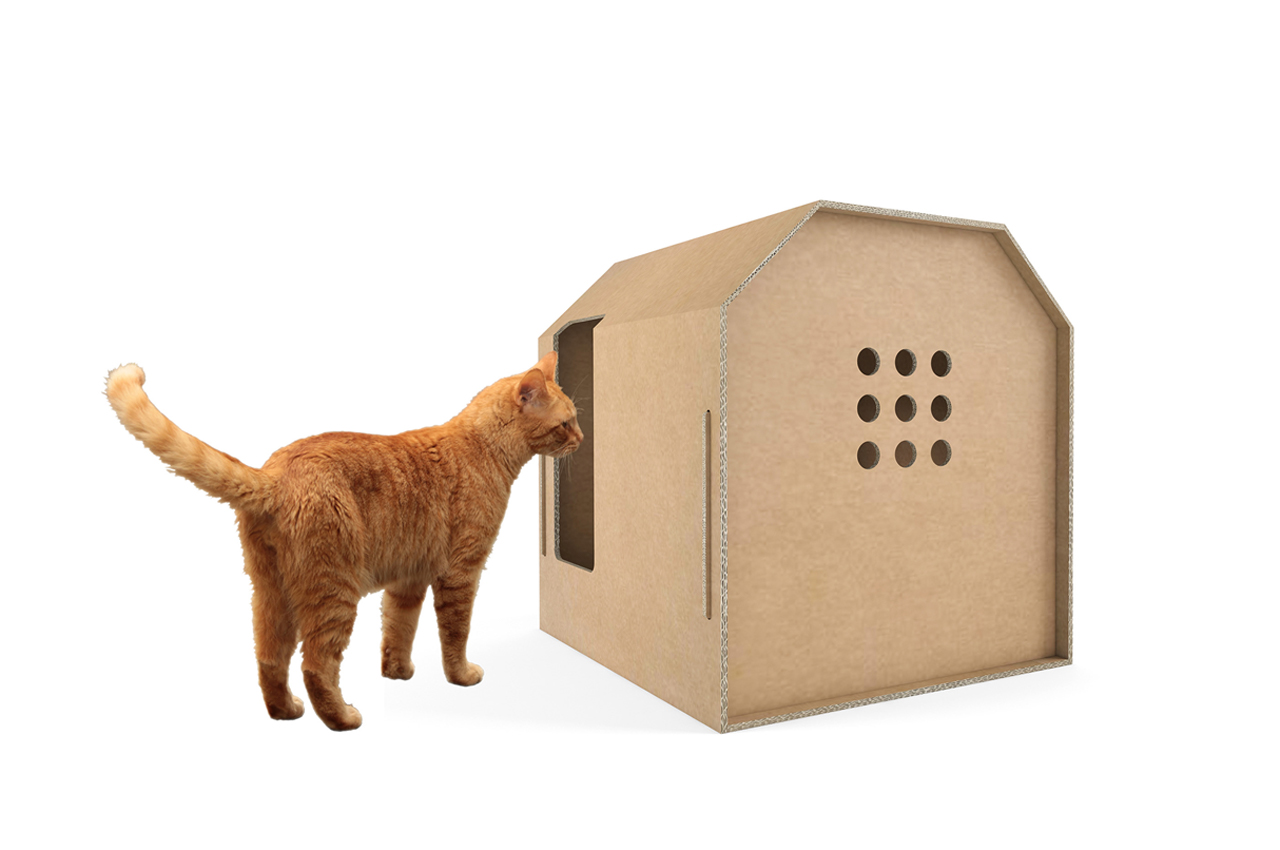 If cats are so agreeable when it comes to new digs, why spend more money than you have to? Ekaterina Vagurina used just cardboard to give rise to her cat house called Petsy to encourage cat owners to skip carpeted cat towers and opt instead for an affordable and simple cardboard house. 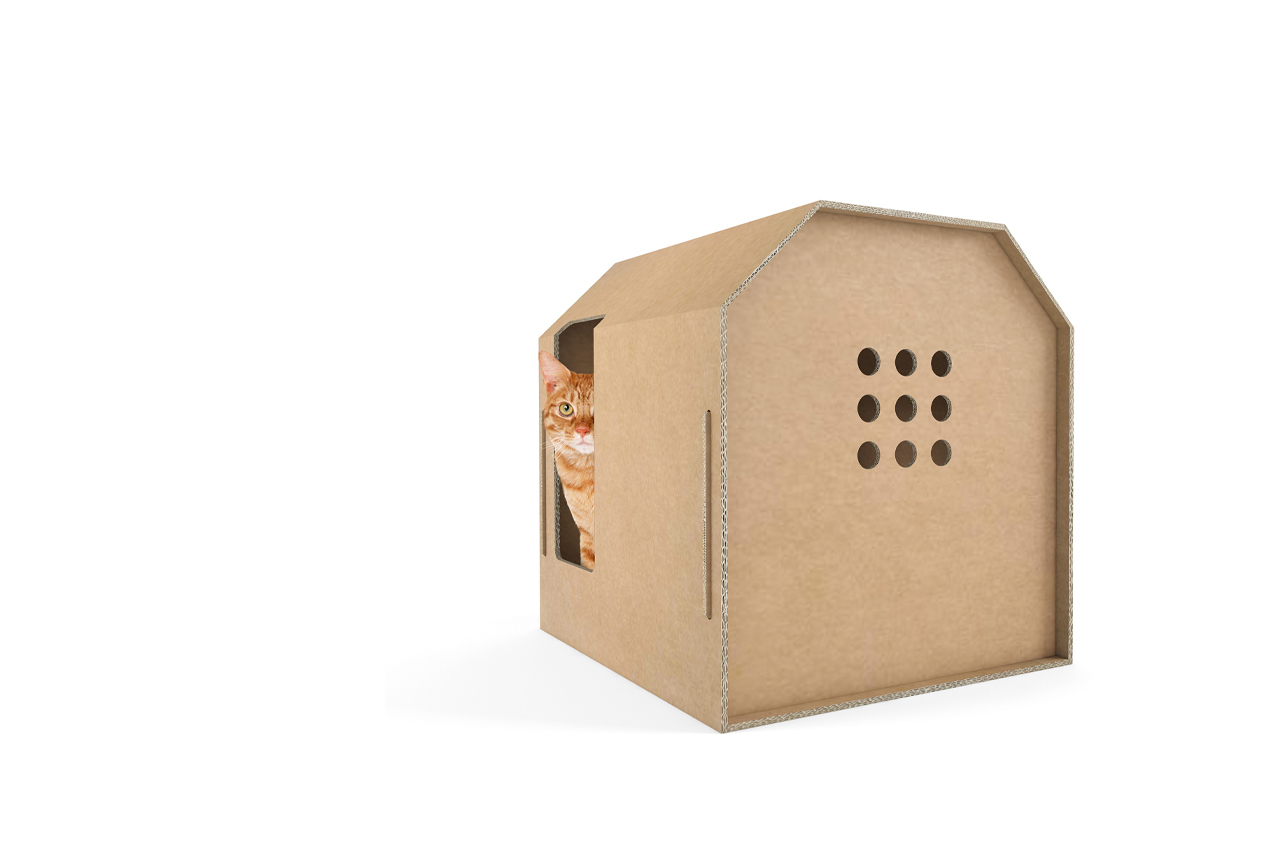 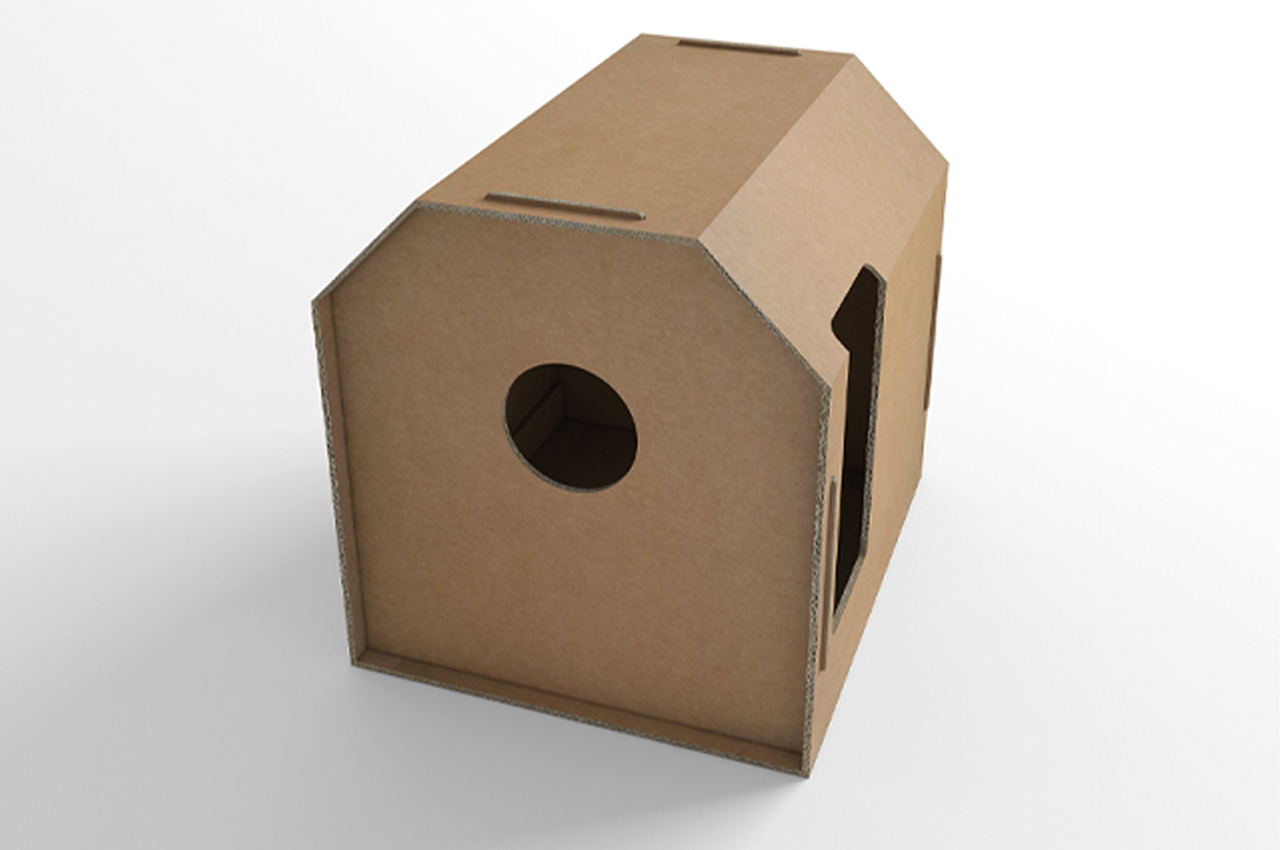 Resembling the shape of an actual house, Petsy keeps a wide and lofty internal volume for cats to stretch and curl up to their heart’s content. Unadorned and unpainted, Petsy is a no-nonsense cat house that’s stripped down to its bare essentials—just the cardboard. In fact, if Petsy were to hit the markets, the entire house could be shipped as-is, no extra packaging necessary. 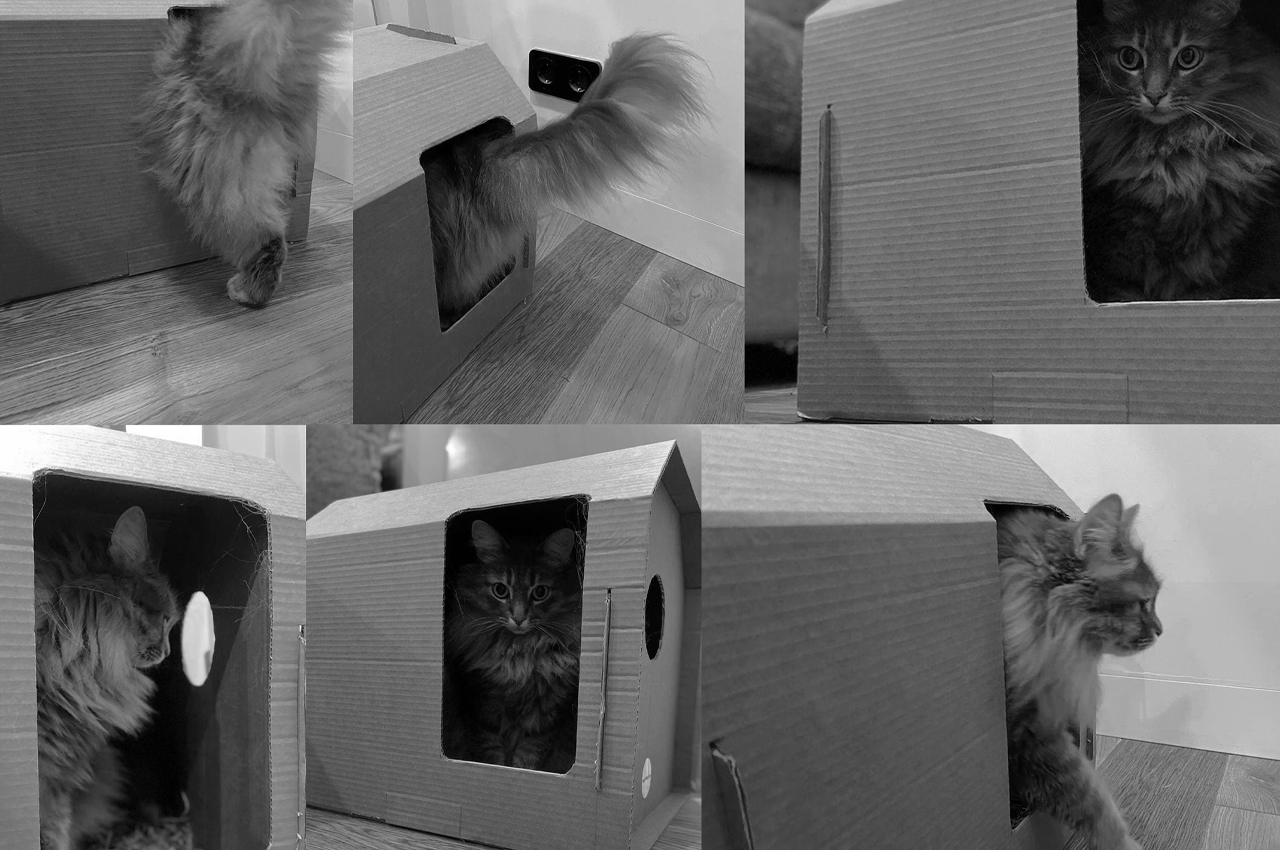 Cats are known to be curious and temperamental at the same time. They like to supervise, but good luck supervising them. Petsy comes with a large front door that only your cat will be small enough to slip into, as well as perforated holes on both ends of the house. On one end, a large circular hole allows your cat to poke their head through, while smaller perforations on the opposite end are just the right size for your cat to paw at the outside.

Kerstin Pfleger’s multifunctional furniture shape-shifts to accommodate a work-from-home lifestyle. By day, it’s a desk-space for work, and by night, it transforms into a bed…

Can you make metal appear soft and inviting? Sure, some cars like the VW Beetle look softer than most, and if you’ve ever seen any…

Marble is luxurious, elegant, and expensive. However, it also leaves a massive amount of waste when operated upon that is cheap, and can be used…