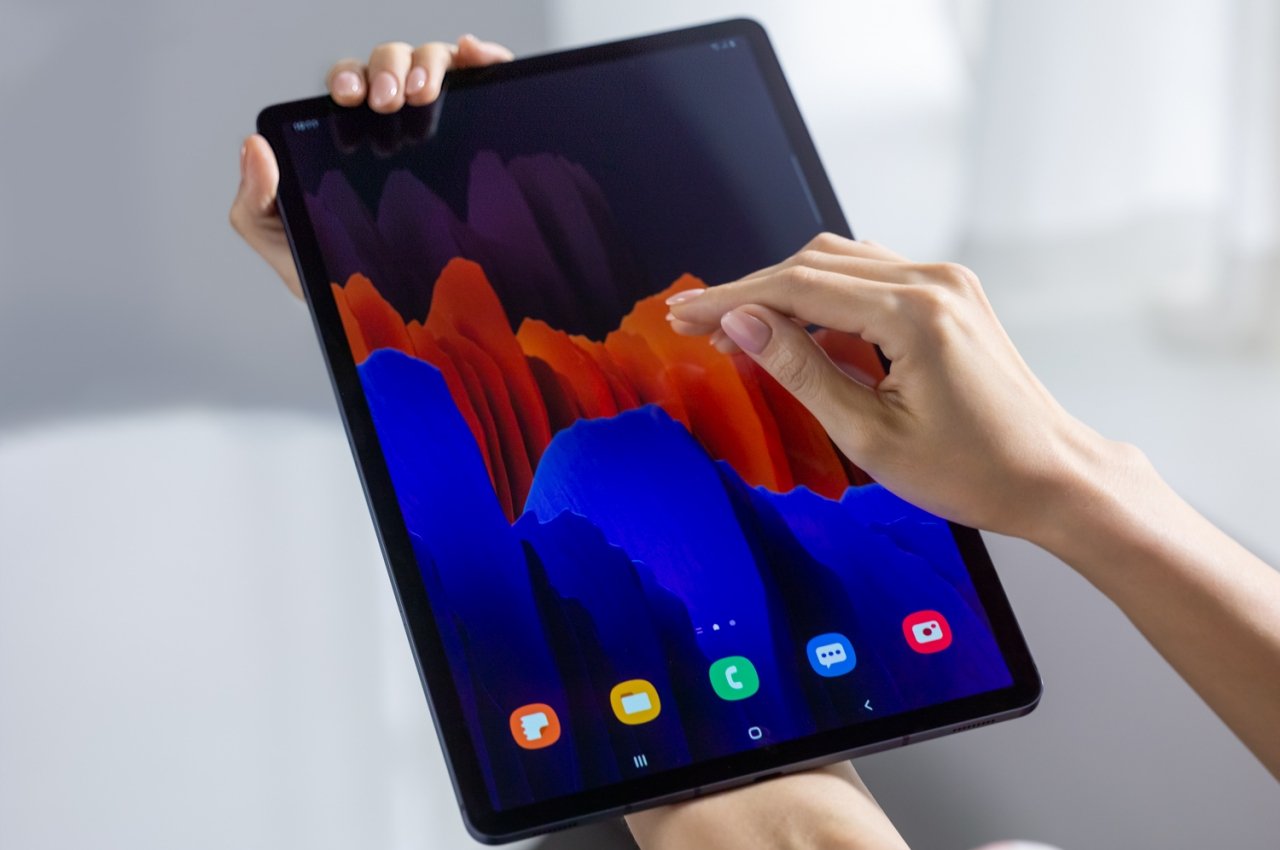 Companies would have us dreaming of a future filled with displays we can see through and screens we touch to use, but the current state of the technology makes that future vision a little less convincing.

Our world today revolves around computers in all shapes, sizes, and power. A good number of them have screens, and a growing number of these even have touch screens. What was once limited to phones and kiosks is now becoming mainstream, even on laptops that can’t bend backward completely to become a tablet. In the near future, almost every foreseeable physical interface to a computer could be through these touchscreens. But if the current condition of the technology is to be considered, they have a long way to go before becoming the ideal way we interact with the computers around us. 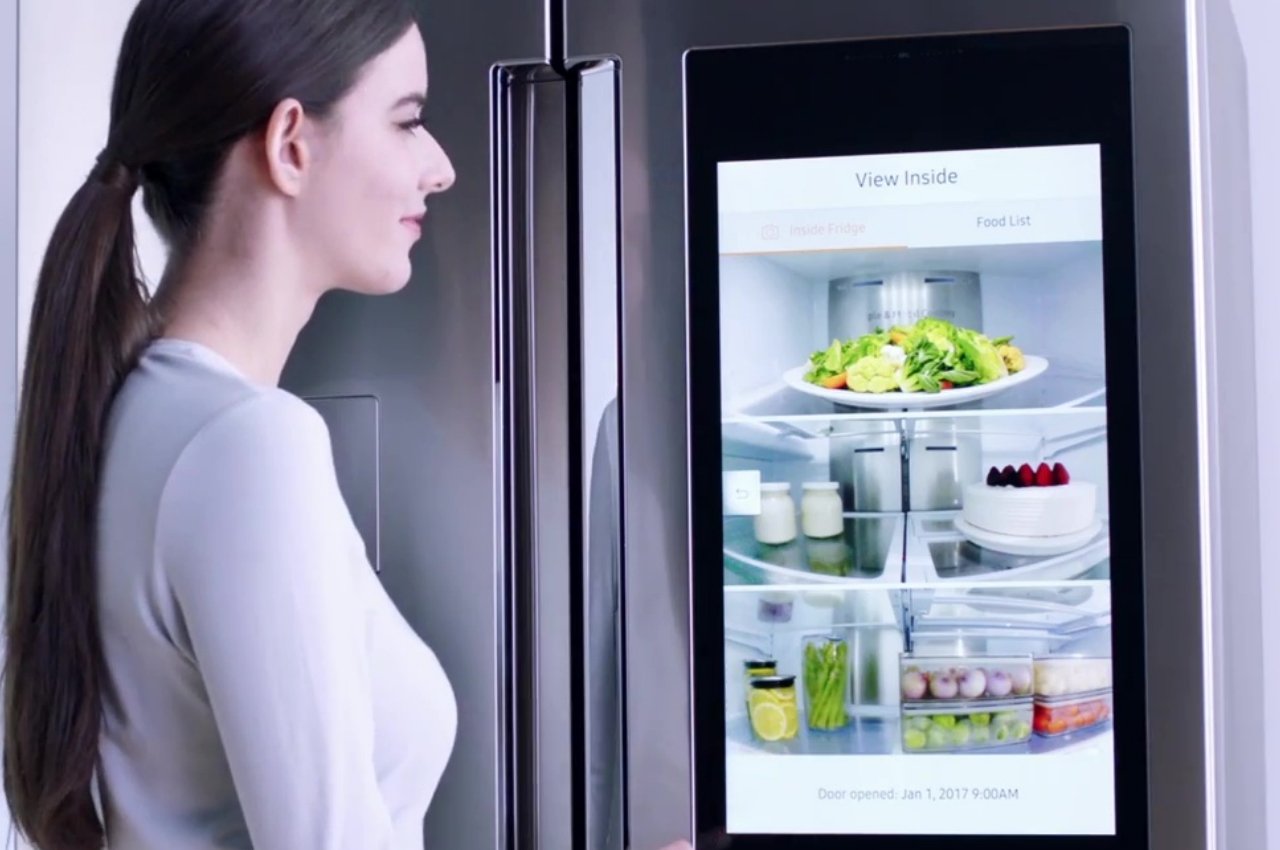 State of the Art

That’s not to say that touch screens haven’t evolved significantly over the past years. The world graduated from the resistive touch screens of old, like those used by Palm, to the capacitive technology heralded by the very first iPhone. Screens have become more pixel-dense, resulting in higher quality images and also more responsive, especially for gaming purposes. 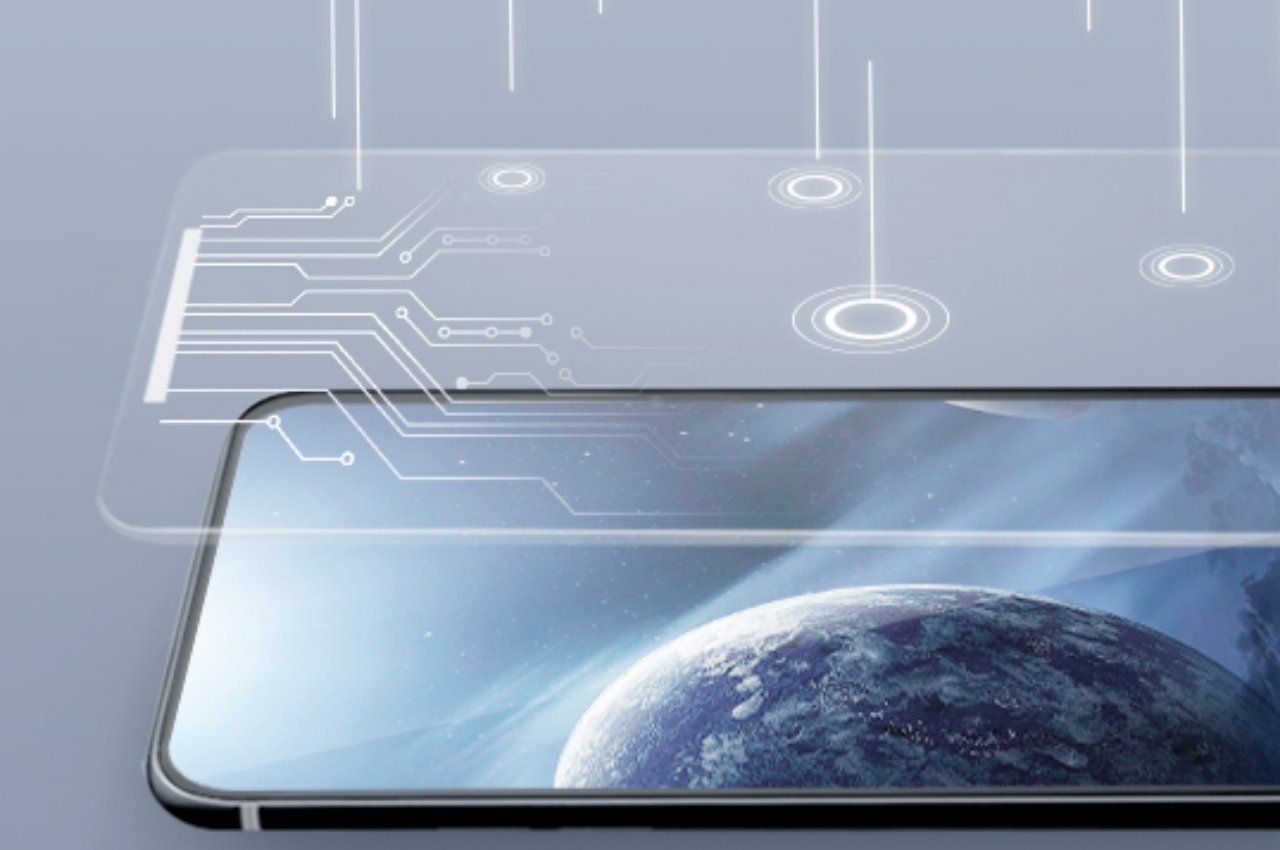 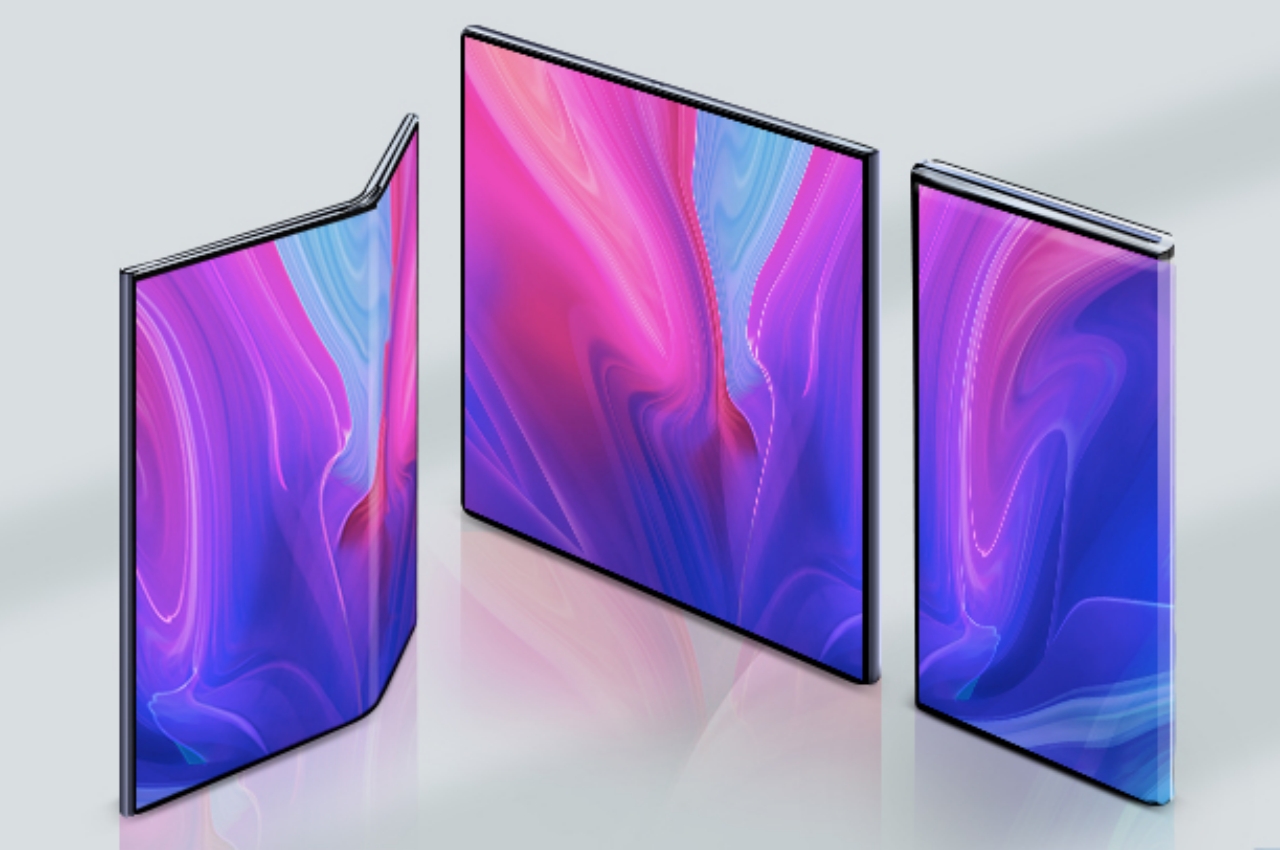 Let’s not forget the latest trends in mobile either, like foldable and rollable displays for phones and even TVs. But while these seemingly futuristic developments indeed impress in their visual appearance and design, they all still feel unnatural and artificial to us humans. And yet most of the products and experiences that visionaries and futurists talk about depend on these touch screens becoming second nature. 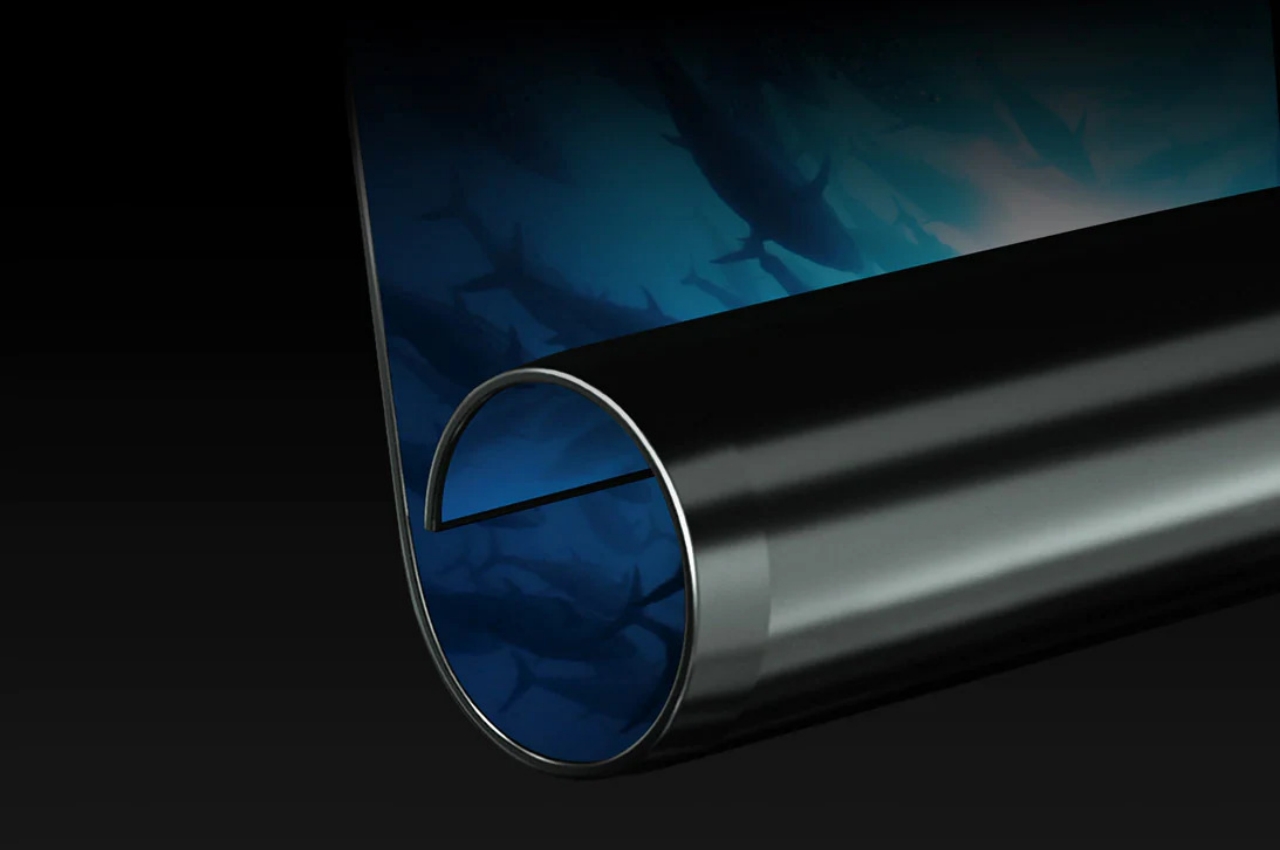 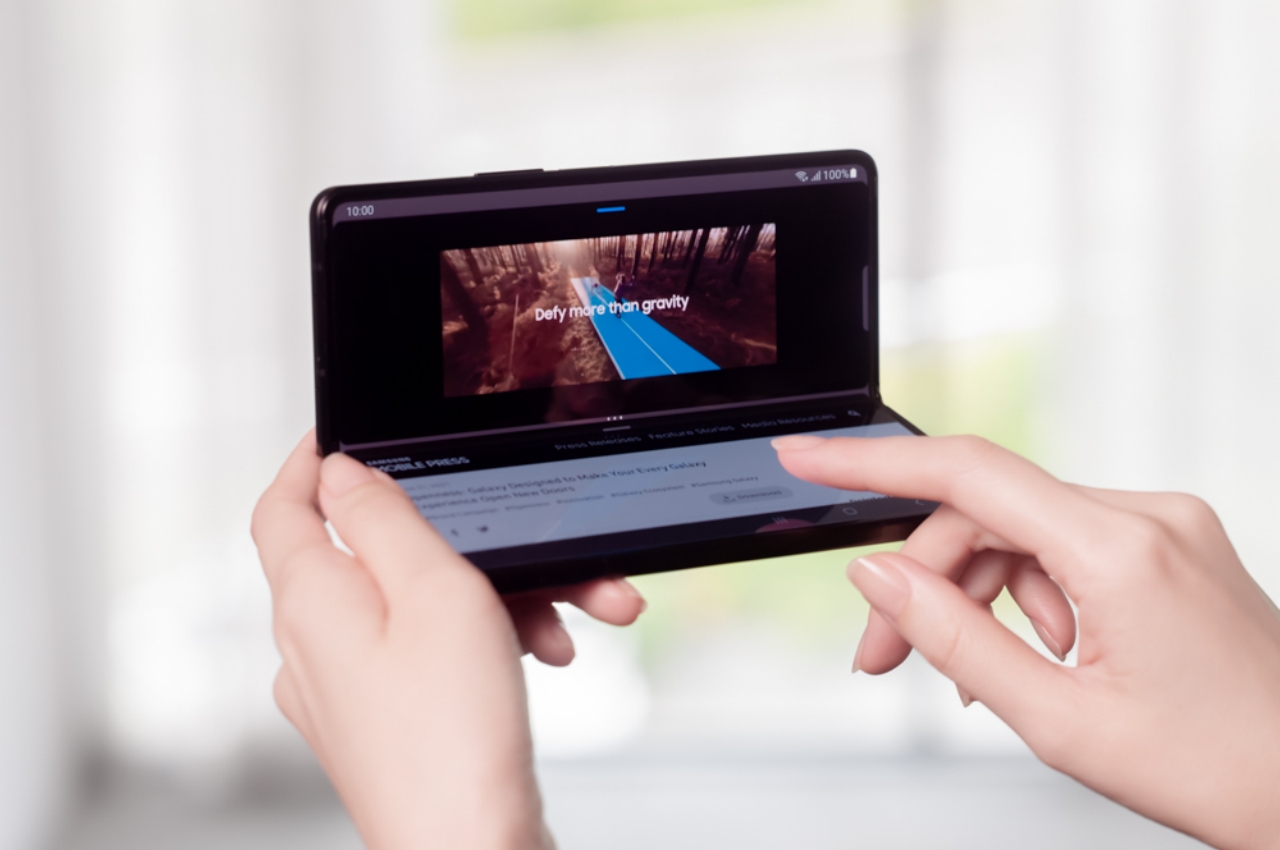 Before the metaverse, many companies fed people a vision of the future where you’d not only see a screen everywhere; you’d also be able to interact with them. In addition to almost paper-thin screens that fold like a newspaper, we’re also shown bus stations with interactive walls, windows that display information and can be tinted with a swipe of a finger, and store displays that let you try out clothes without even putting them on. 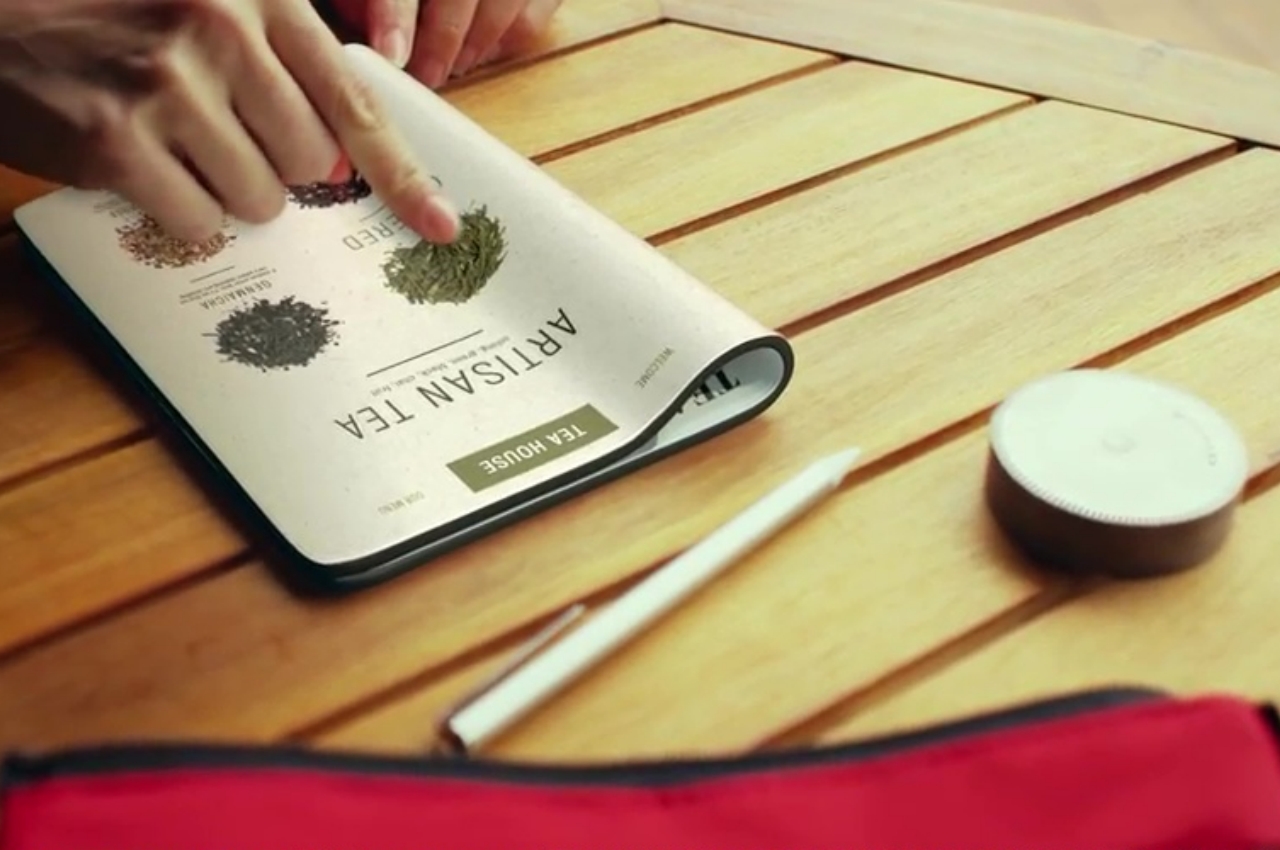 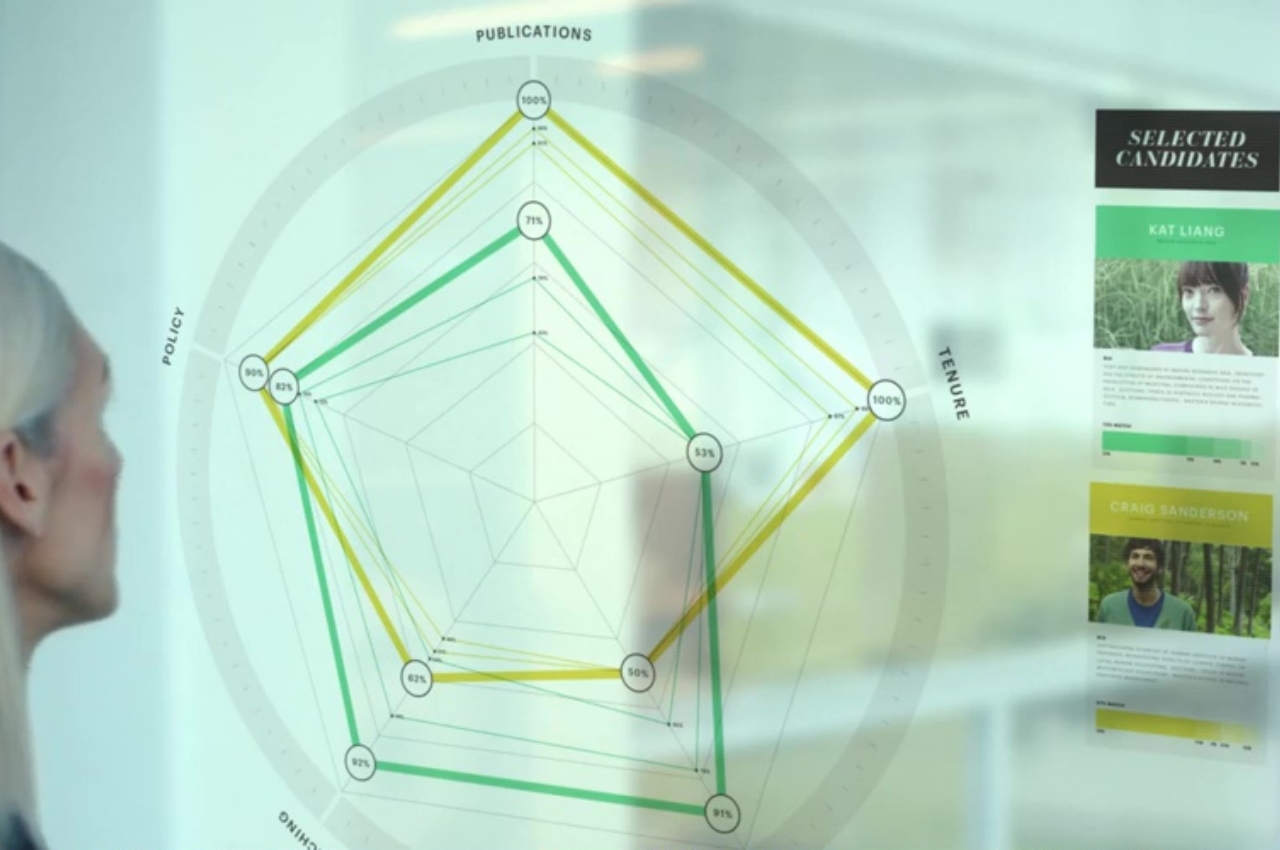 Even with the buzz around VR, AR, MR, XR, and the metaverse, some people will prefer to use screens rather than put on glasses and gloves to navigate the digital realm. Until the day we can project holograms anywhere and interact with them without any special device, touch screens will still be the most immediate way we can interact with devices and the digital realm. Videos and images depicting these feature visions make them look so fluid and so natural. But as anyone who has used phones and tablets, touch screens are anything but. 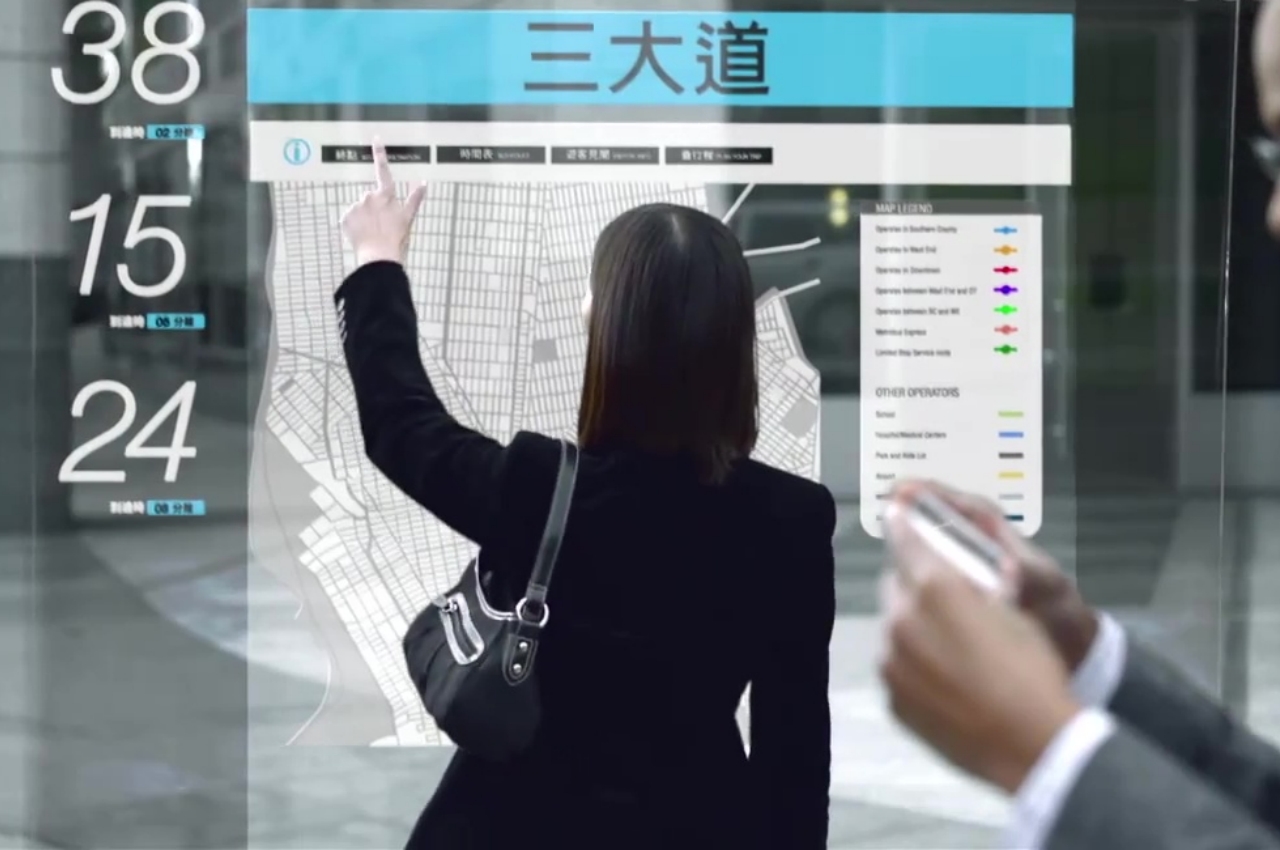 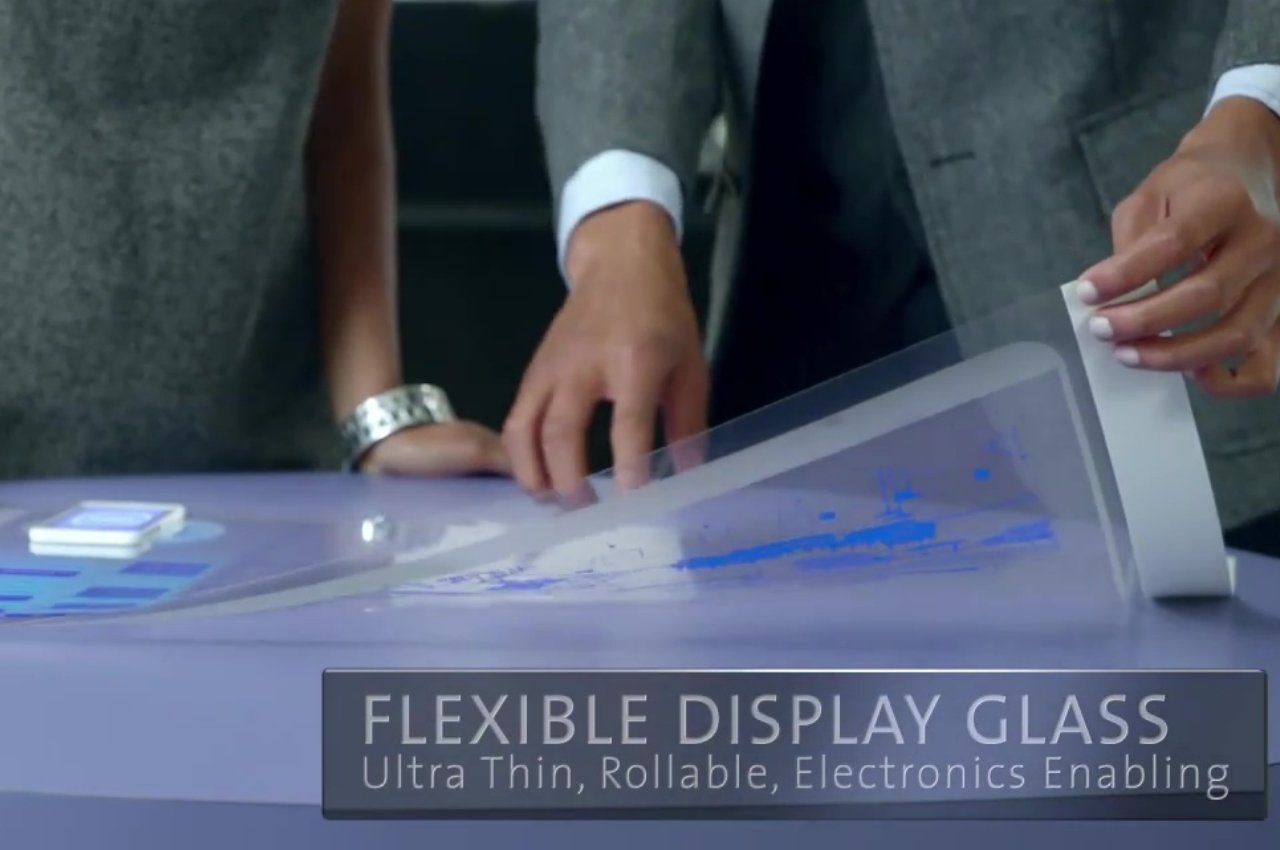 There is no perfect input method for computers, at least nothing that has been developed yet. Keyboard and mice carry with them the risk of repetitive strain injury, while styluses are an imperfect approximation of pencils and pens, especially when you consider that they’re sliding on glass. And while touch screens can practically turn any surface into an input device, they seem to almost go against aspects of human nature itself.

Humans have five basic senses, but most of us tend to take the other three or four for granted until we lose them. Despite their name, touch screens actually feel unnatural precisely because they don’t complete the whole tactile picture that our minds need to process when interacting with physical objects. Pushing a button looks like pushing a button but also requires our brains to make something like a leap of faith that it really does what it’s supposed to do.

Tactile response and haptic feedback for touch screens have long been on the plate of engineers and designers, but we’re no closer to cracking the code. There have been numerous patents filed to solve that puzzle, from deformable screens to extremely localized vibrations, but those have mostly remained in the realm of ideas. We still have ways to go, and our brains haven’t yet evolved to the point that we can just ignore the human need for touch. 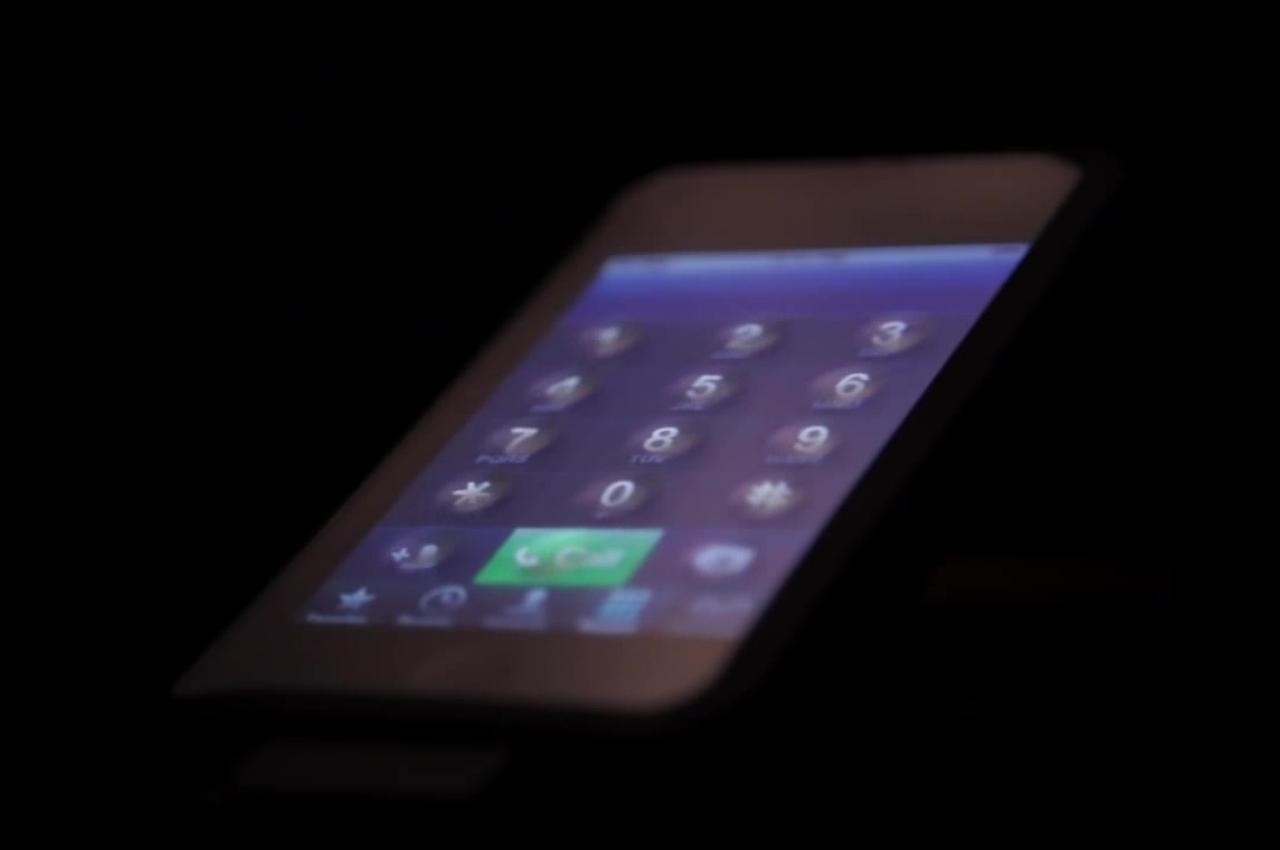 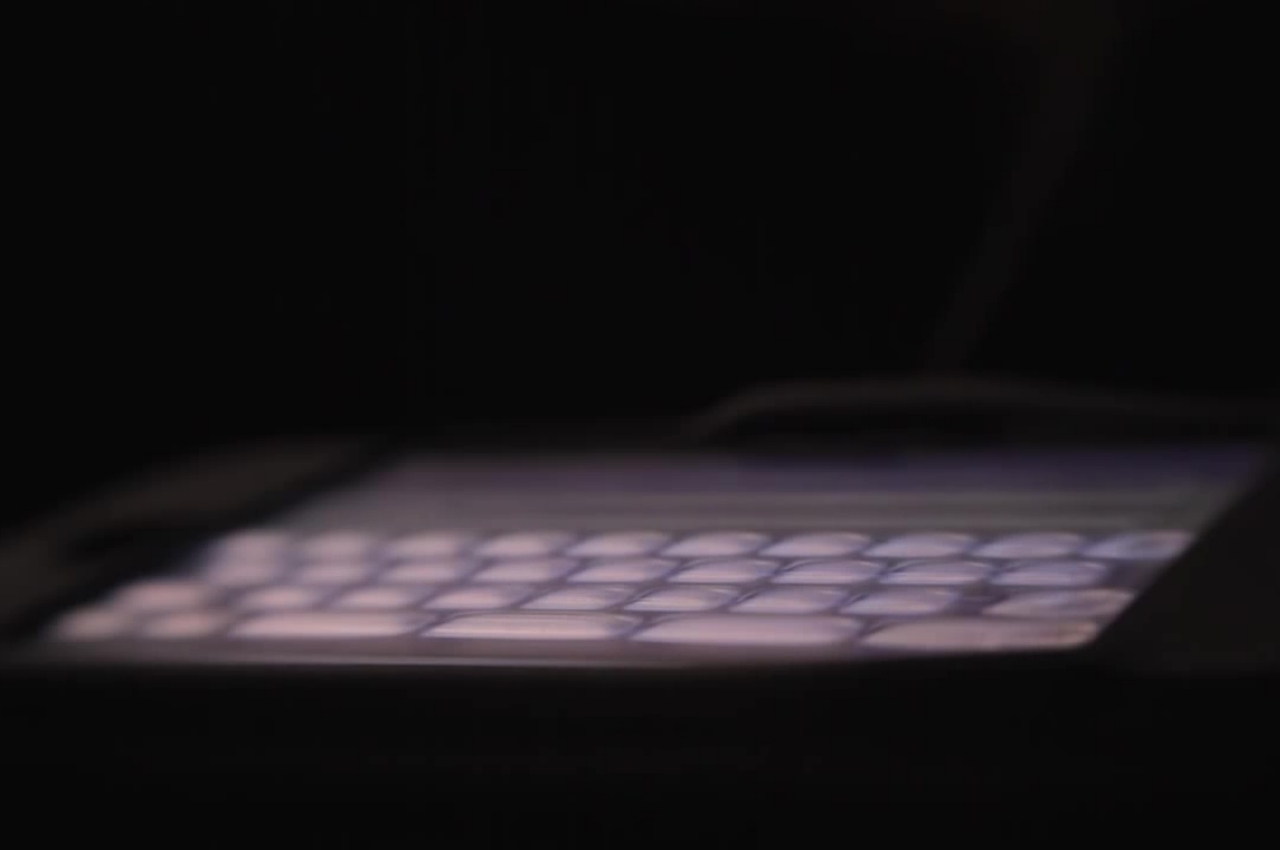 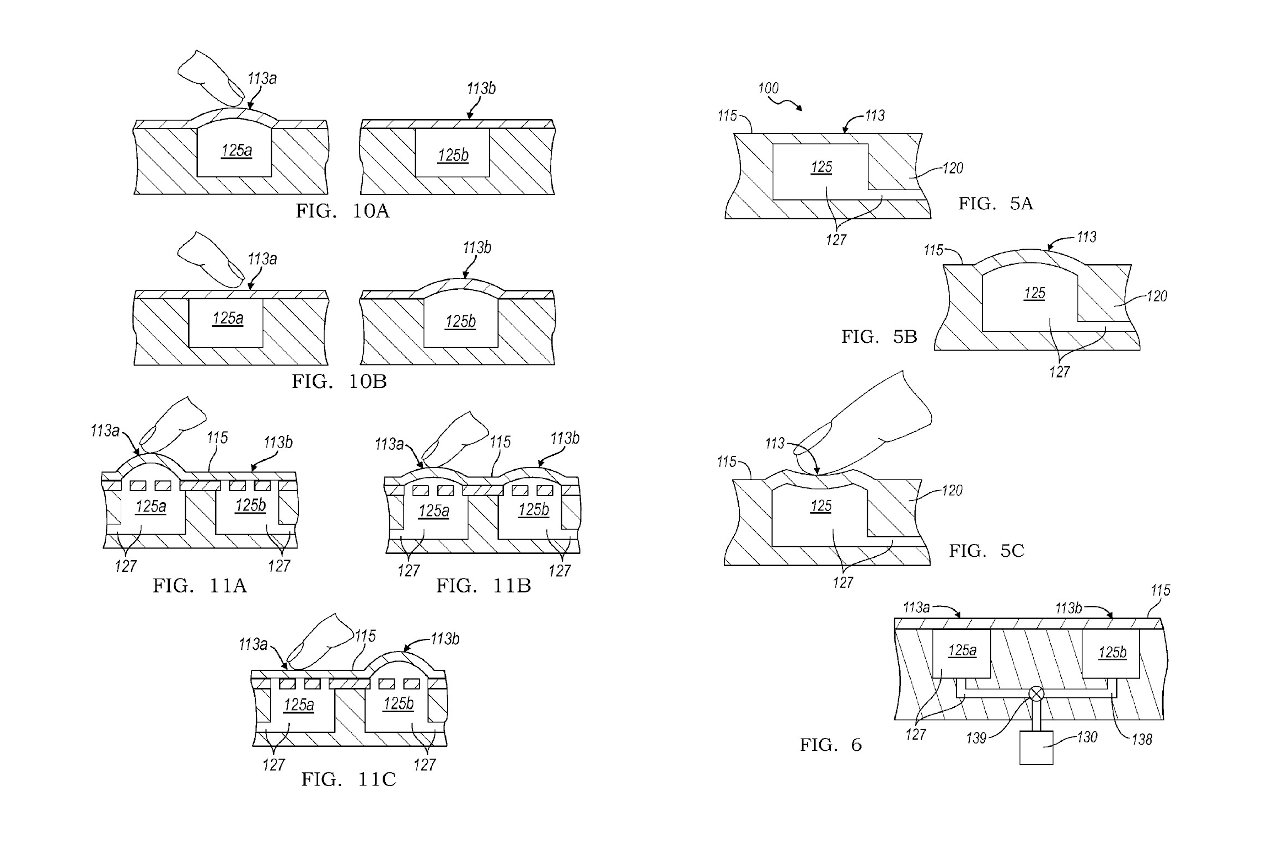 Touchscreens aren’t great at accessibility either, and their use often requires fine motor control. There are settings to increase the sensitivity of the touch sensor, but these are mostly band-aid solutions to an inherent problem. Of course, some devices do allow for alternate input methods like voice control, but these often come up short and don’t provide all the features and conveniences of a touch-centric user experience.

Humans are also creatures of habit, which is how many of us have been able to survive through the millennia. We are able to memorize some activities and have them run on autopilot while our minds are more actively engaged in other aspects. Imagine how the world would have been like if we had to put intense focus on writing a simple letter because we have to remember how to do each stroke. 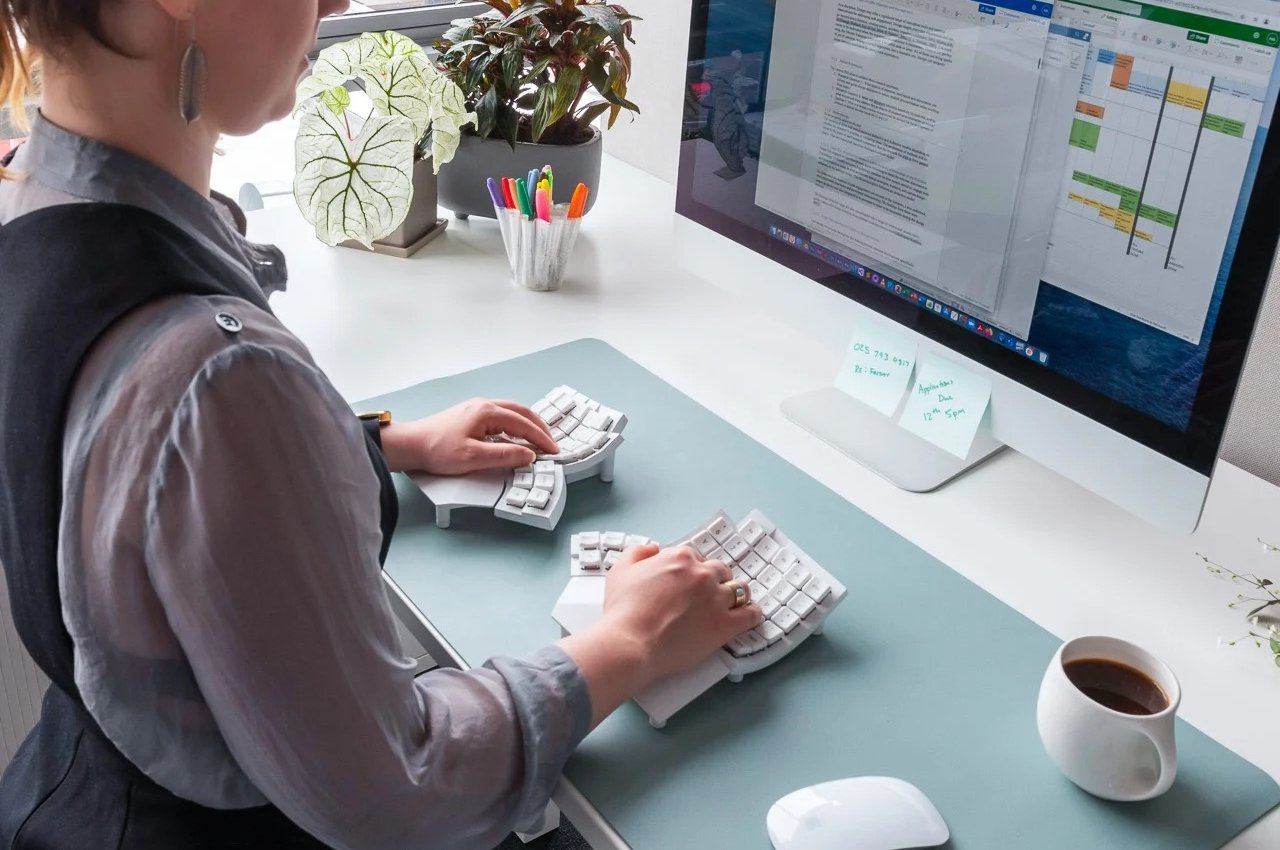 Part of that is thanks to muscle memory, which, in turn, depends on things being where they are almost 100% of the time. You don’t have to look at the keyboard each time to check if the letter “q” hasn’t moved around, and neither do you need to double-check that the left mouse button hasn’t switched sides. Some people in the past have grown the ability to type quickly and accurately on the T9 keypad of old phones because their fingers knew exactly where each button was and how many times to press it for specific letters. In contrast, it’s nearly impossible to use a touch screen without looking at it, especially when software updates change how big buttons are or where they’re located. 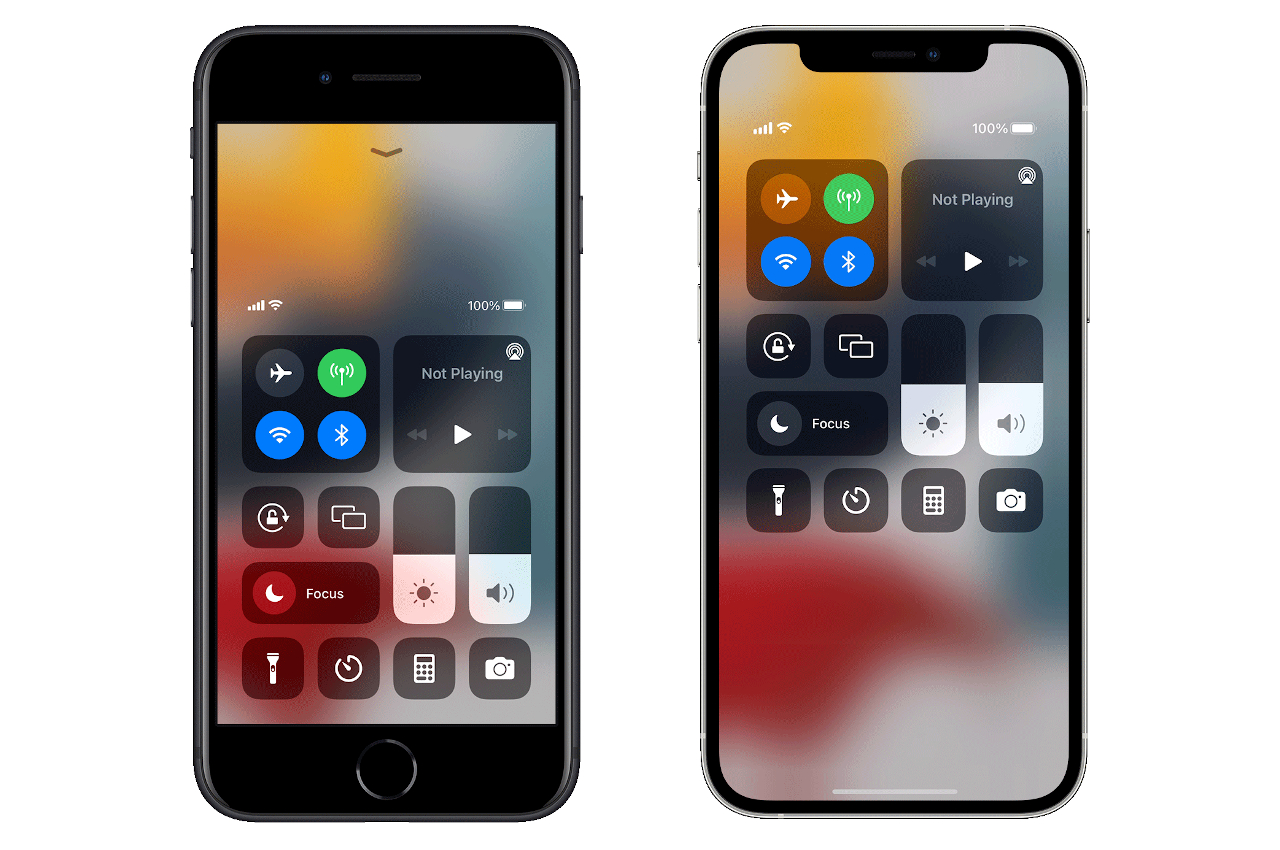 That’s not to say that humans will remain this way forever. In the past decades alone, we have formed habits and developed gestures that already look alien to older generations. Conversely, younger people have a hard time believing that anyone could type out messages using a keypad with rapid speed and deadly accuracy. Evolution, however, doesn’t happen in just a span of decades or even centuries, and humans will continue to remain beholden to their senses and the physicality of their bodies.

Touch screens, being based on digital user interfaces, have the advantage of not being locked to a single implementation. It’s definitely much easier to change the layout of a screen than to change the knobs on a physical panel. The arrival of foldable and rollable panels also means that screens have become literally more flexible, but these are not the kinds of flexibility that today’s touch screens lack.

Touch screens actually put limits on how you can use them or the devices they’re attached to. The number of gloves advertised to work with touch screens is a testament to how these screens aren’t usable under conditions where their analog counterparts have no problem. You can’t confidently take out your phone under a heavy downpour, but you’ll have no problems using a payphone with your soaking hands. 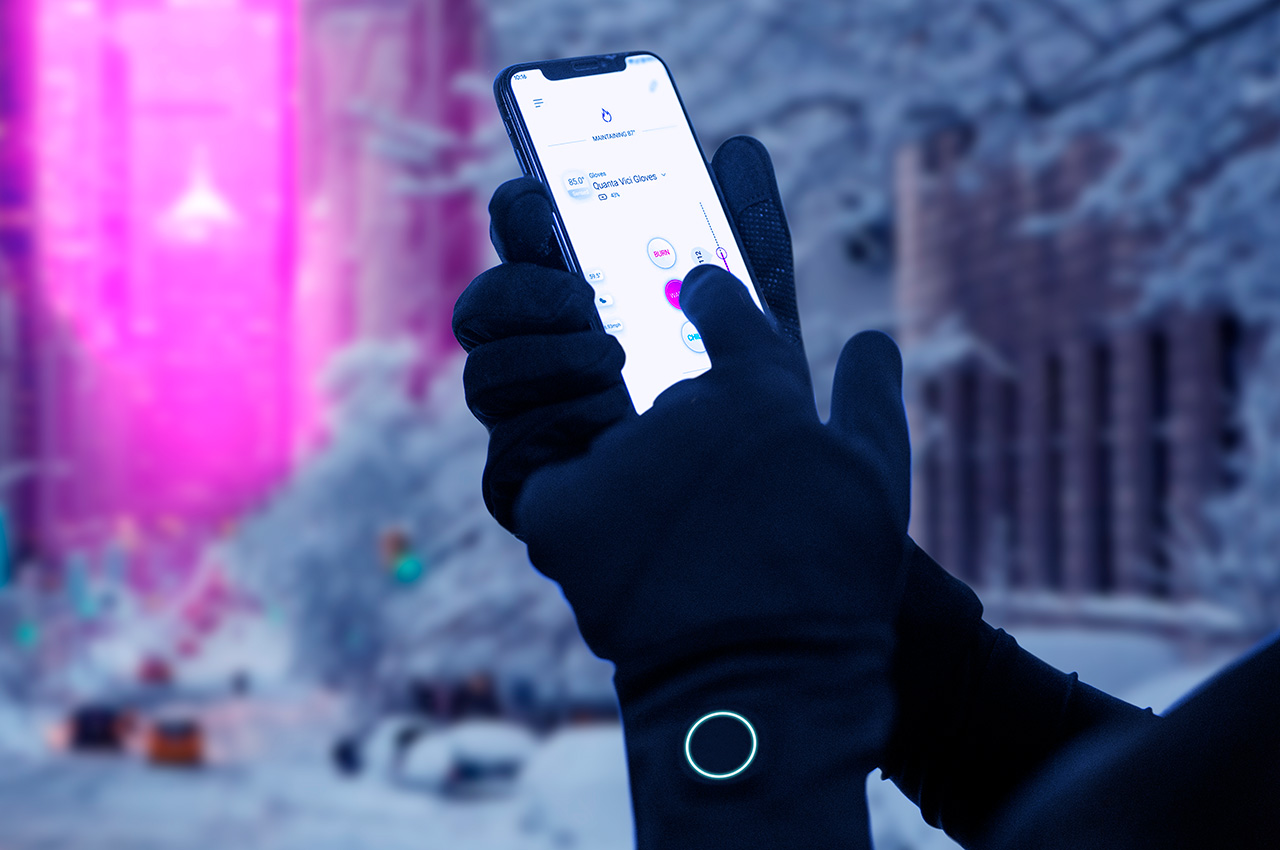 Devices that rely on touch screens also become nearly useless when those screens break. Sometimes, it’s not even possible to back up or reset a phone so that you can safely send it for repairs without worrying about your private data. They need to be repaired or replaced first before the device can even be wiped, which defeats the purpose of securing the phone first. Until then, the device is as good as dead, no matter how advanced or how powerful it might be.

Touch screens are the most common ways we interact with devices today, be it phones, computers, interactive displays, or smart home hubs. They might become the main points of interaction for everything in the world in the near future, short of being able to manipulate holograms and virtual objects floating in thin air. It is somewhat ironic, then, that they are the least sustainable among the different input methods we have today.

Displays themselves already consume power, and the materials used to make them aren’t the most environment-friendly options. Companies like Samsung are developing more power-efficient panels to reduce electricity consumption, and some are looking into alternative materials for components. Unfortunately, that’s just part of the problem. 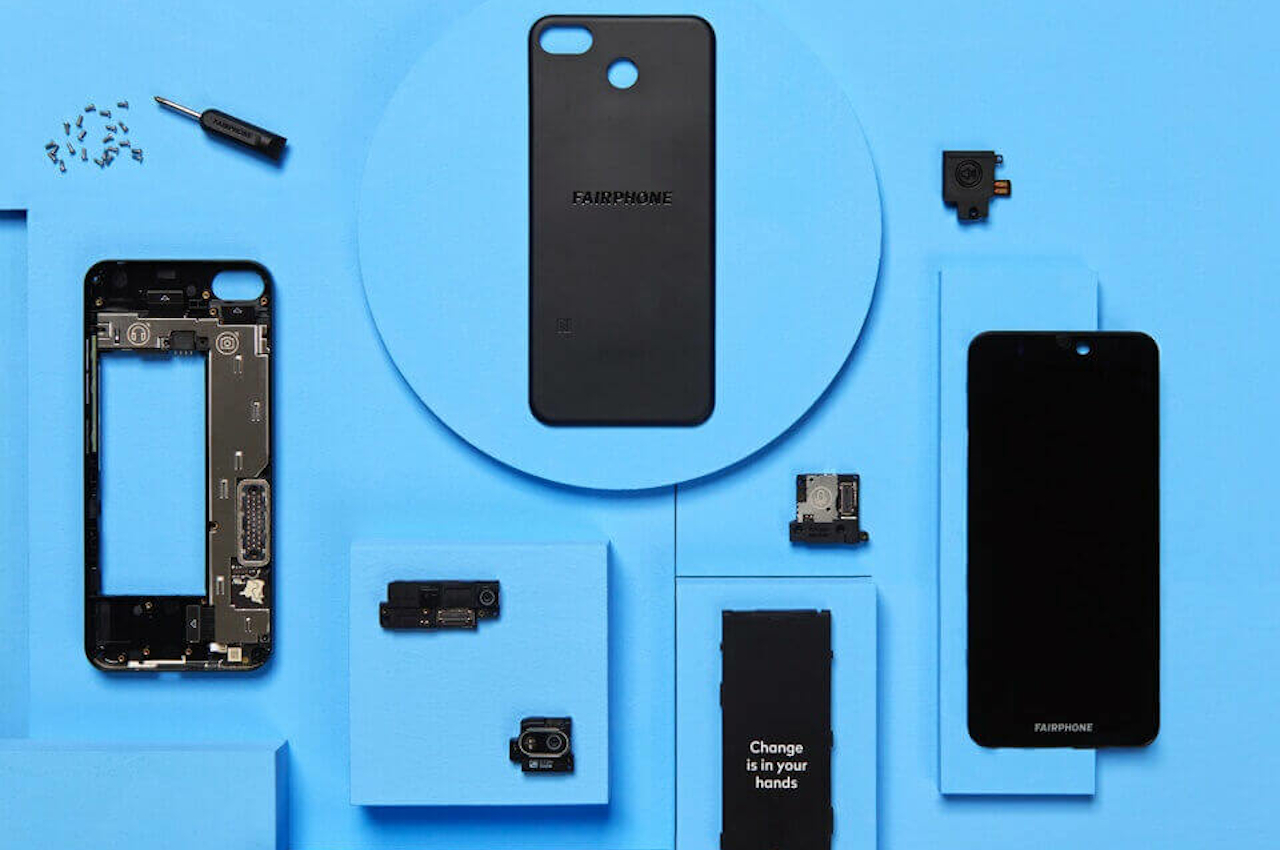 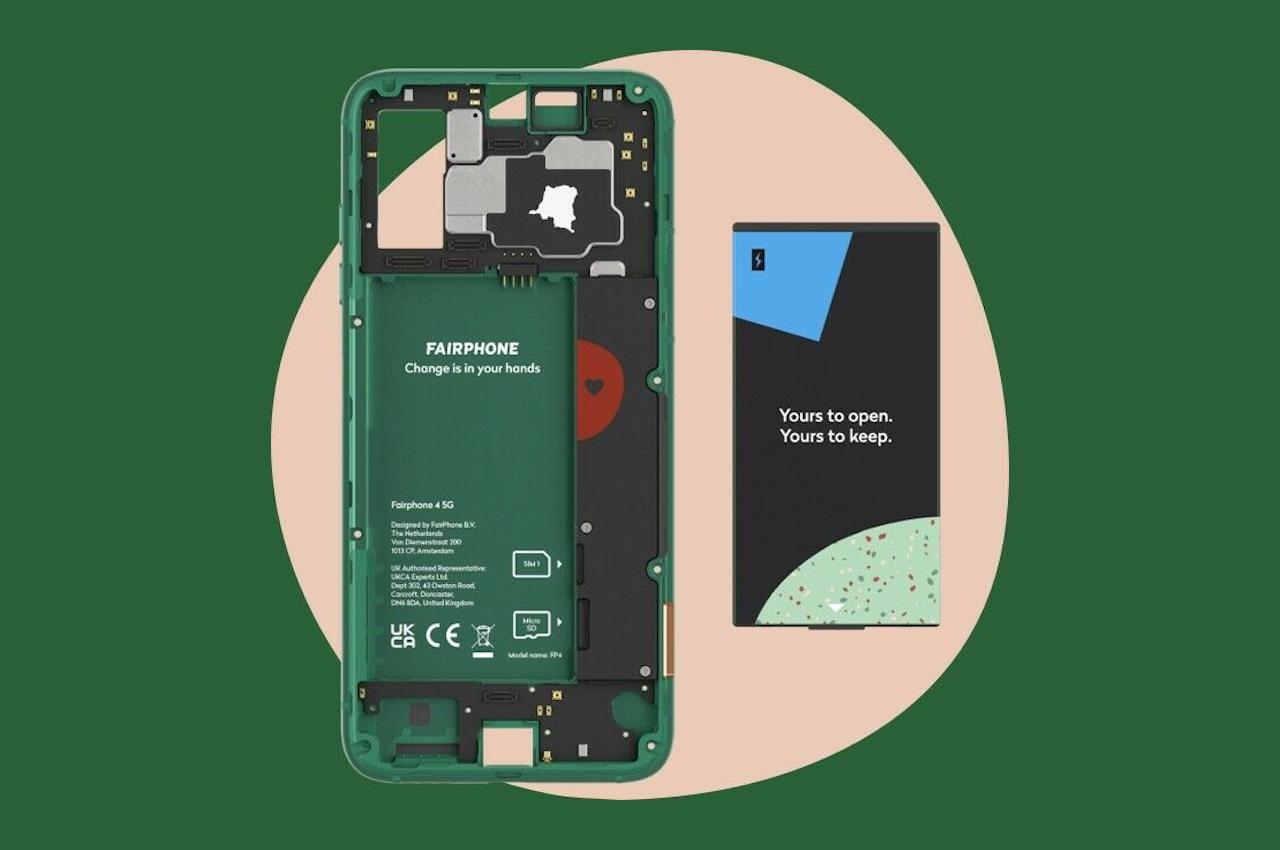 The entire industry and its ecosystem seemed to be designed to be unsustainable by default. Only one phone manufacturer, for example, has made repairability and sustainability its main selling point, and it’s just a small drop in the ocean. Screens, in general, feel like throwaway components that add to the growing e-waste of the planet. Device manufacturers generally frown upon self-repairs and third-party replacements, making the process costly as well. In a future where there will be screens left and right as the primary way we interact with things in our world, that vision becomes a bit of a nightmare, especially for our planet.

Things don’t have to end on a depressing note, of course. Humans are pretty creative and ingenious in finding solutions to their problems, even if it takes a long time to develop the correct one. The current state of technology, particularly with touch screens, just represents a milestone in history, not its final state. Fortunately, there are clear signs of things turning for the better.

As mentioned, there are efforts to make screens themselves be more power-efficiency and consume less electricity. These might sound like small wins, but they do all add up. When all our screens use only a fraction of the power they do today, the overall carbon footprint these devices incur can significantly be reduced. 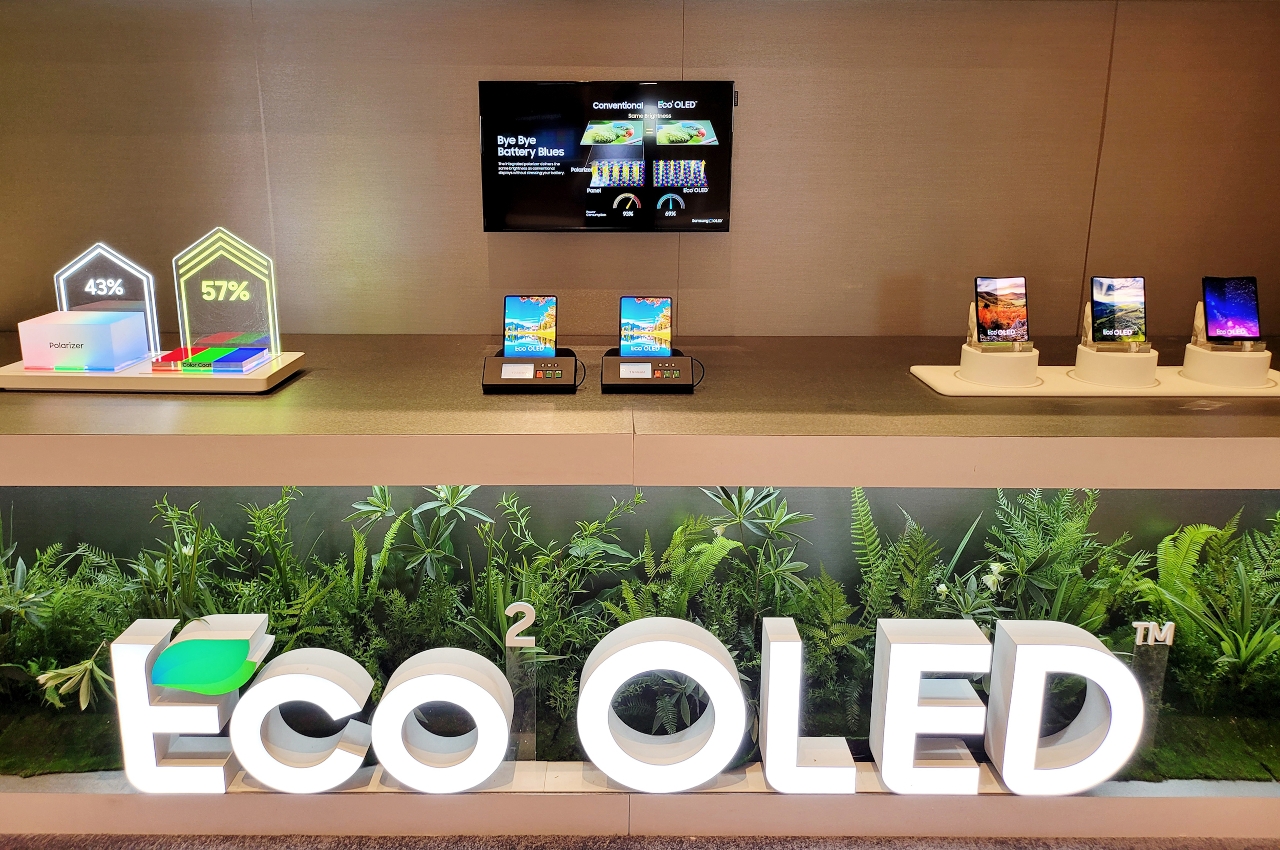 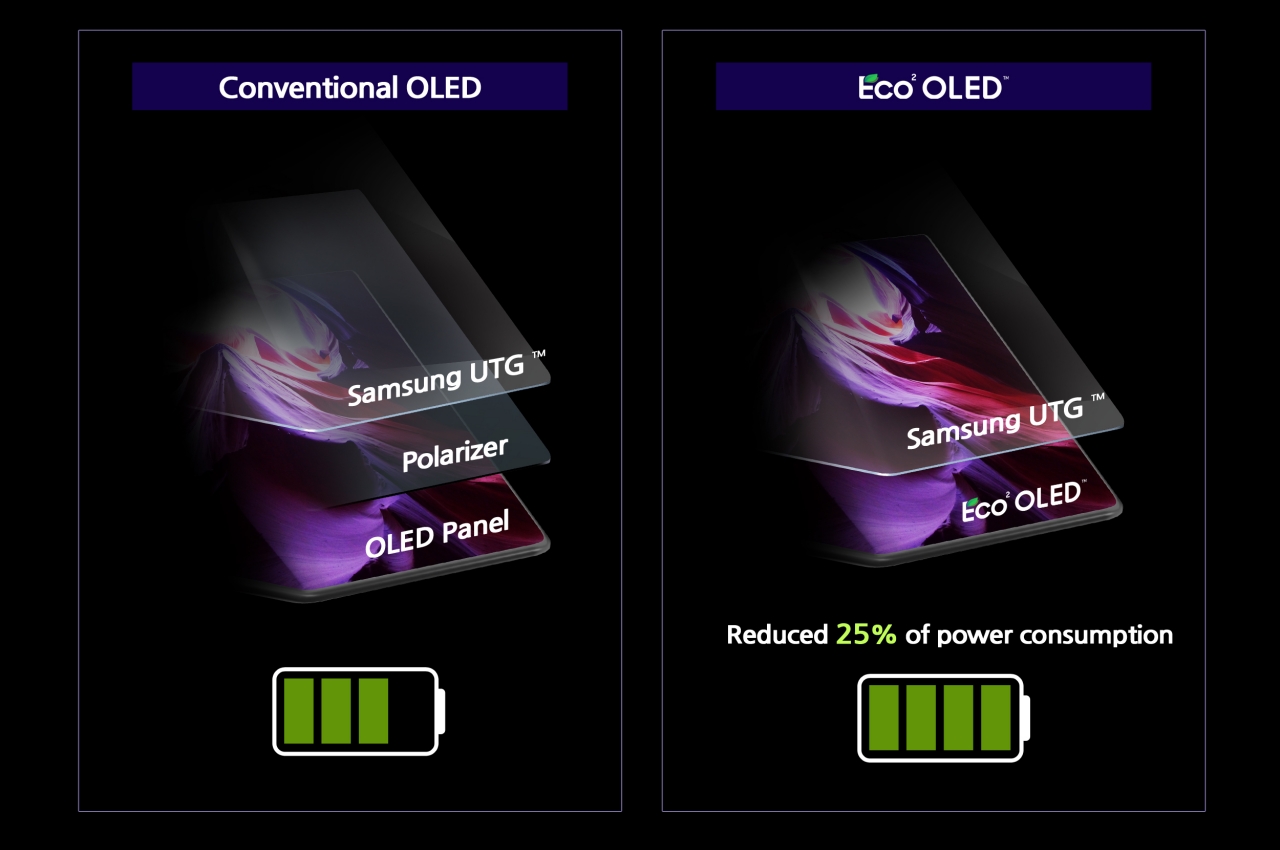 Additionally, big companies today are now more aware of the environmental impacts of their products and processes, as well as their responsibilities in making sure that future generations still have a world to live in. Some are trying to switch to more sustainable packaging solutions, while many are trying to reduce their carbon emissions during production. We still have a lot of work to do, however, in making products more sustainable and repairable, prolonging their life even beyond legally required warranties.

The other technical problems, unfortunately, might be harder to solve with the current state of our technologies. Screens that can deform to give a better tactile response when pressing a button are very much the dream of many display makers, engineers, and designers. It’s not something we might be able to achieve this year, but it is definitely something to look forward to in our future visions. 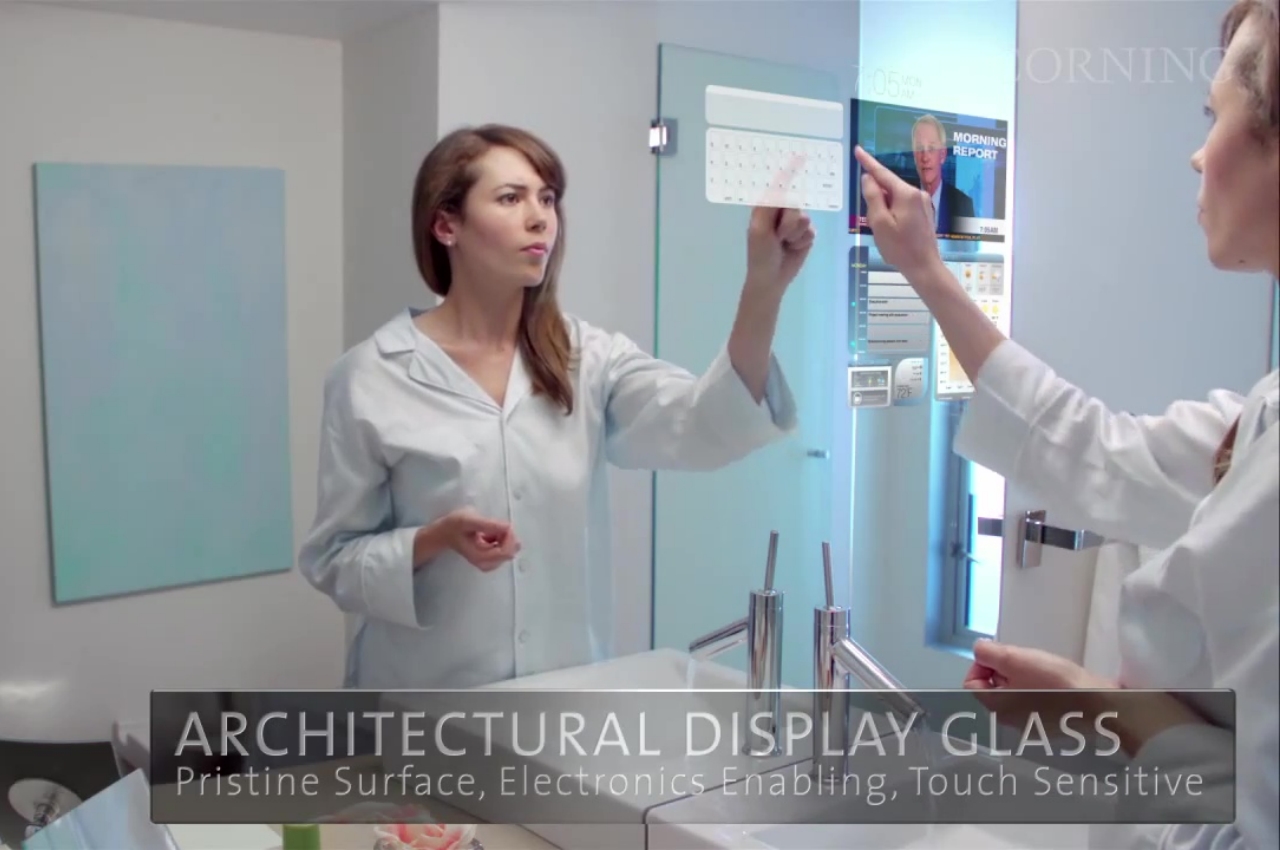 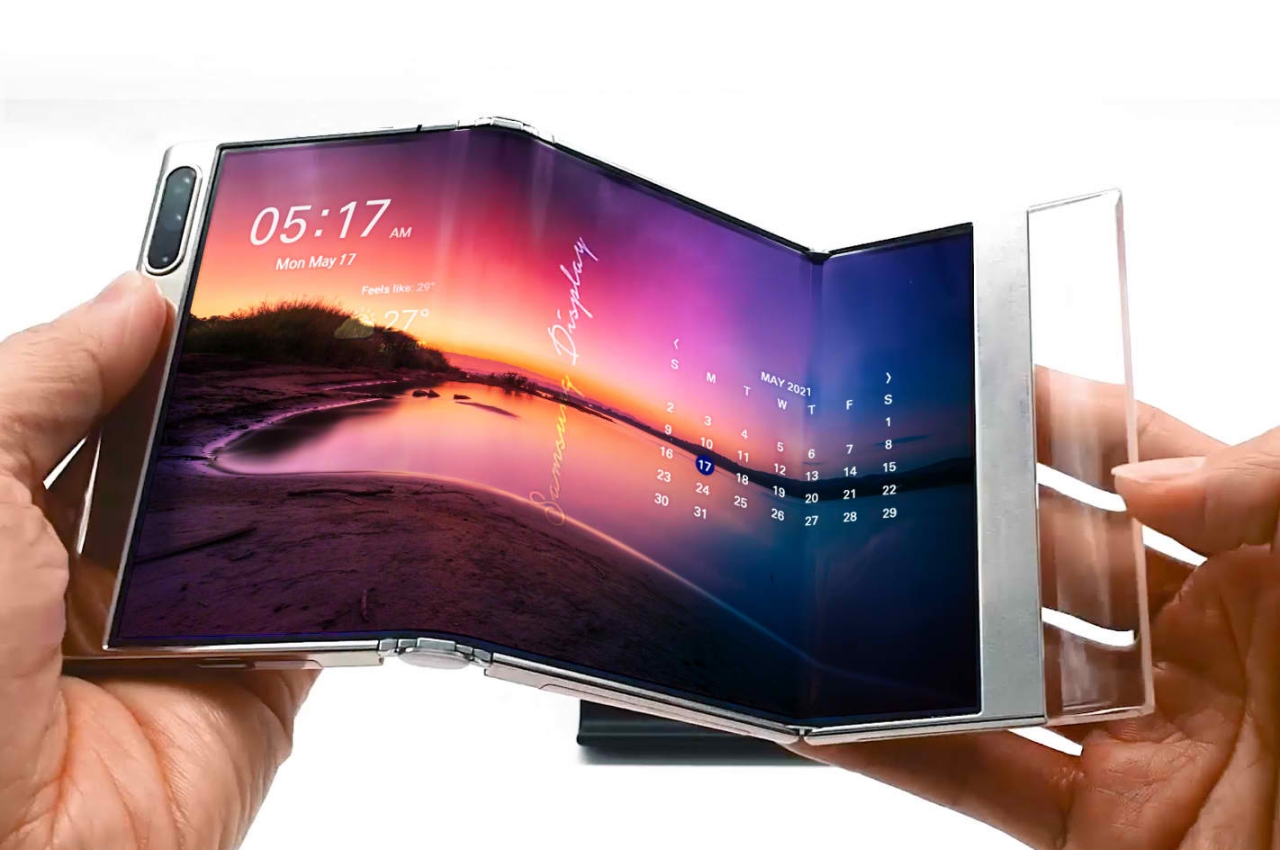 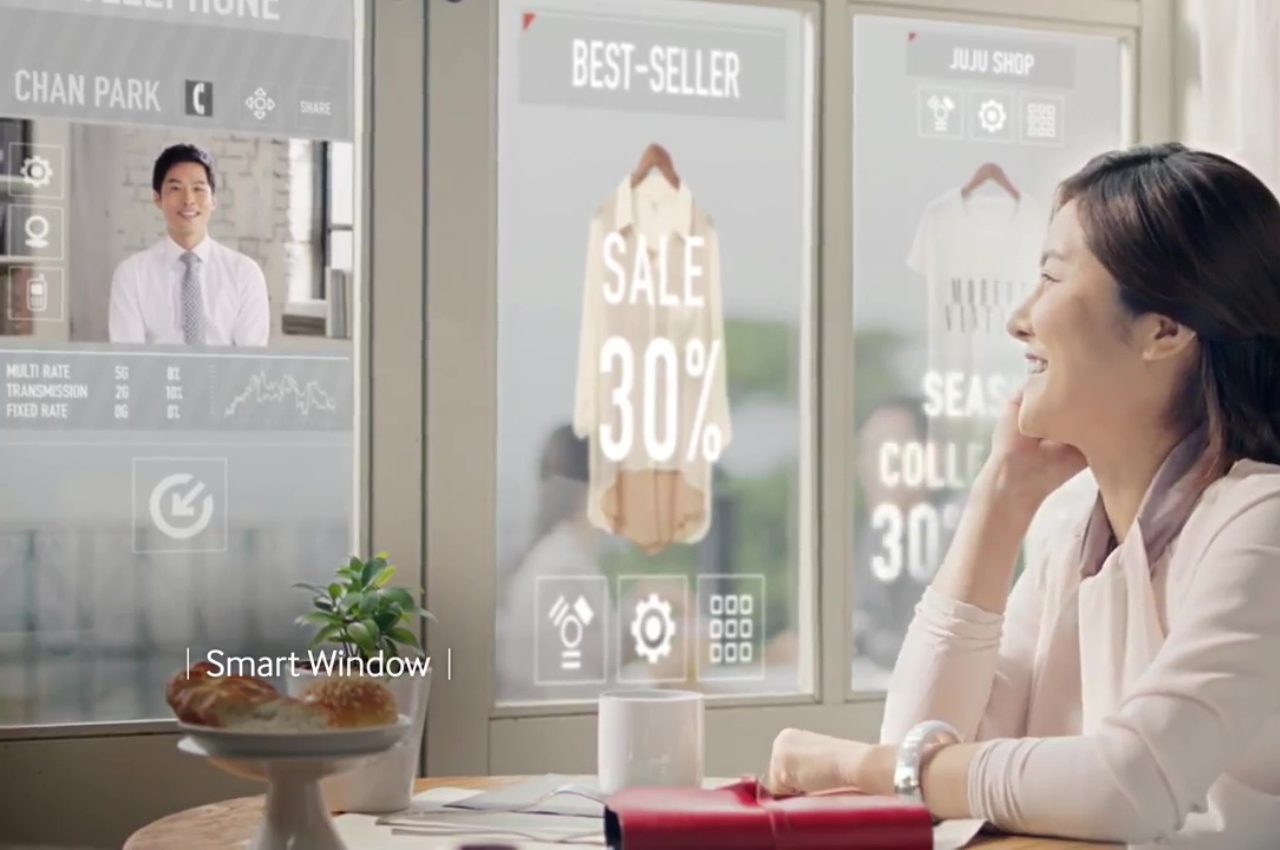 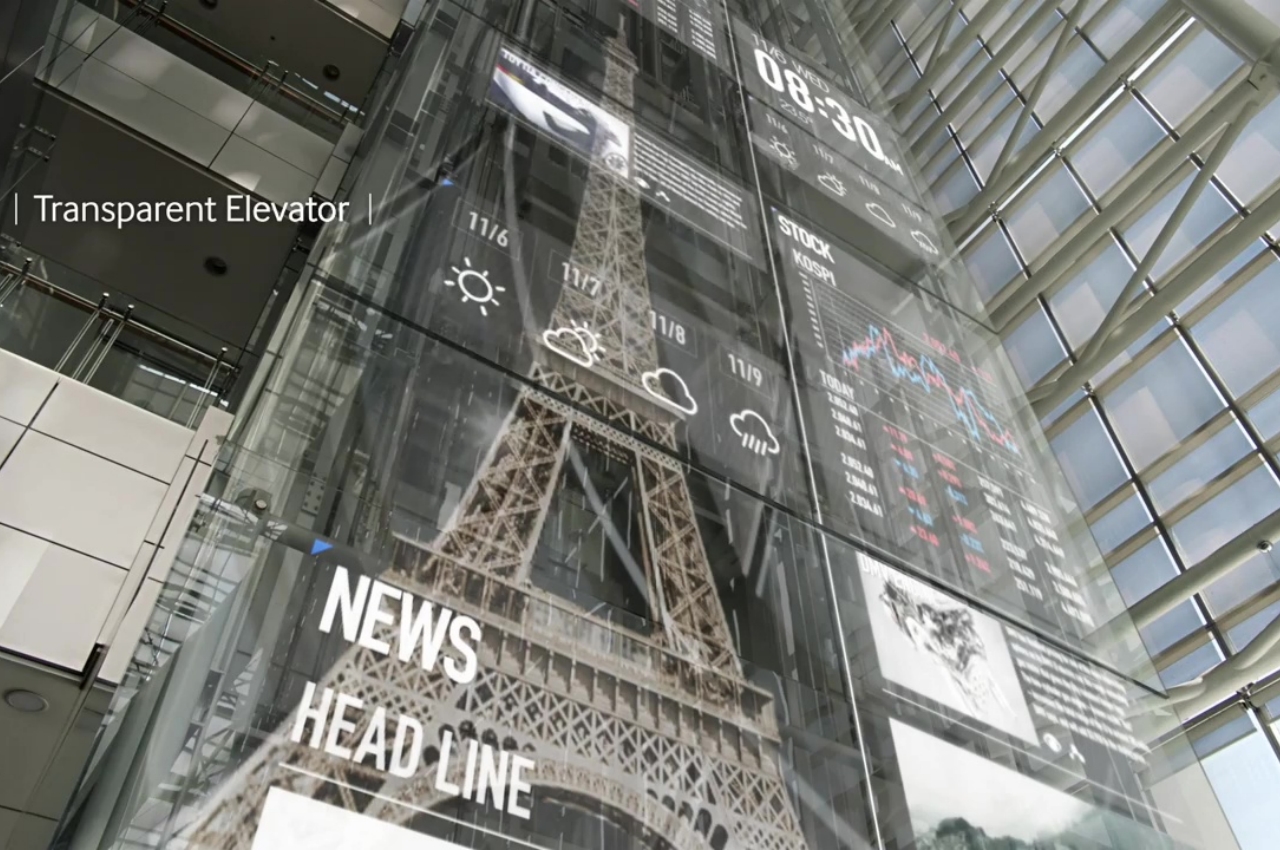 Augmented Reality for All

Swift Creatives looks to take full ownership of the augmented reality space with the development of 4 distinct products and applications for everyday use. The…

https://www.kickstarter.com/projects/rotoq360/ultra-guard-the-first-ever-self-sanitizing-touch-free-tool Ultraviolet light works much more effectively than a sanitizer spray. It goes in nooks and corners where sprays can’t, cleans objects and surfaces in…

As someone who lives on my own, I don’t have a lot of problems from external noises that disturb my beauty sleep. But if I…

The eTar is a wireless electronic guitar designed to be played through a developing internet jam service called eJamming. eJamming is a new web service…