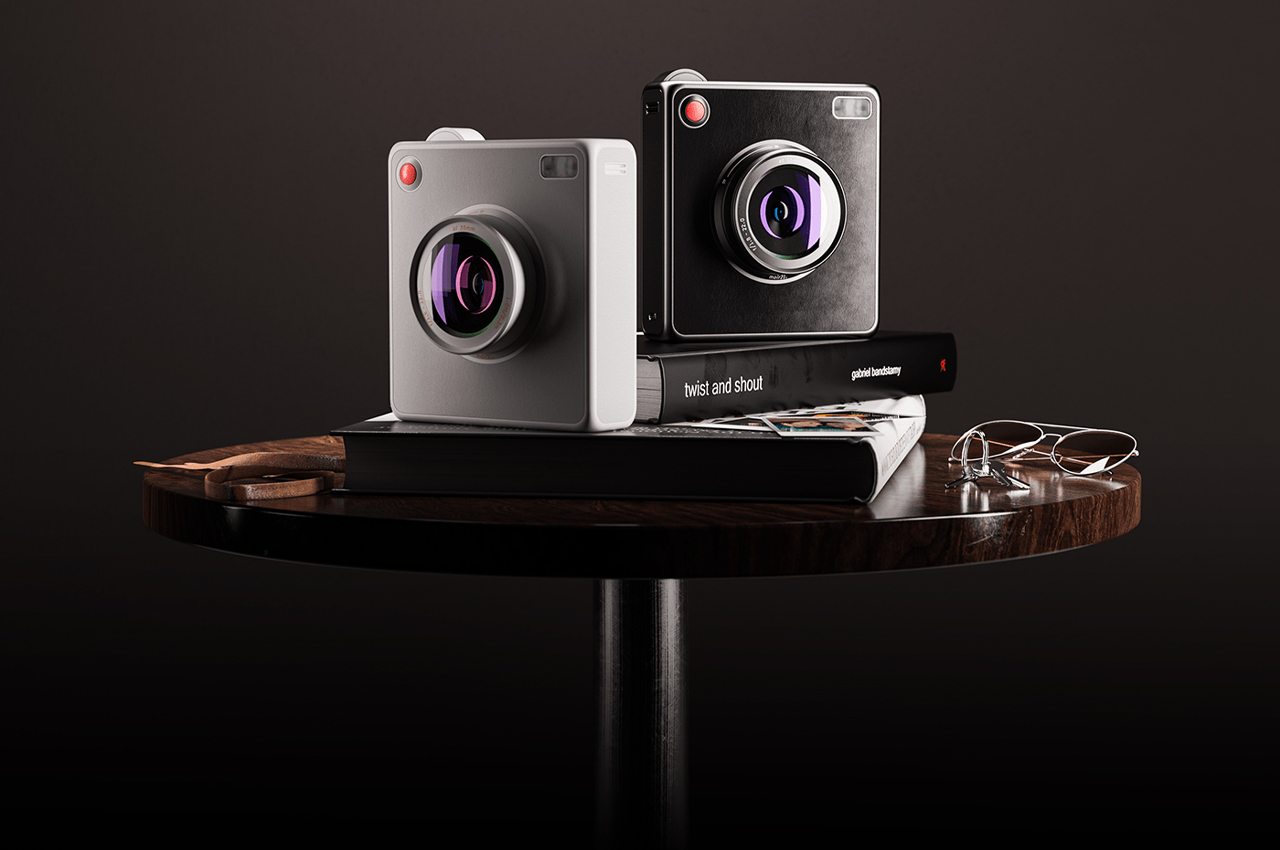 Moir 21 is an instant film camera concept designed to blend the quality of film photography with the convenience of digital cameras.

While today’s world is swarmed with endless content and digital photographs, we’ve lost touch with the art of analog photography. Most of today’s feeds feature photos taken from smartphones and digital cameras, but you can always tell the difference between those and photographs taken on film. 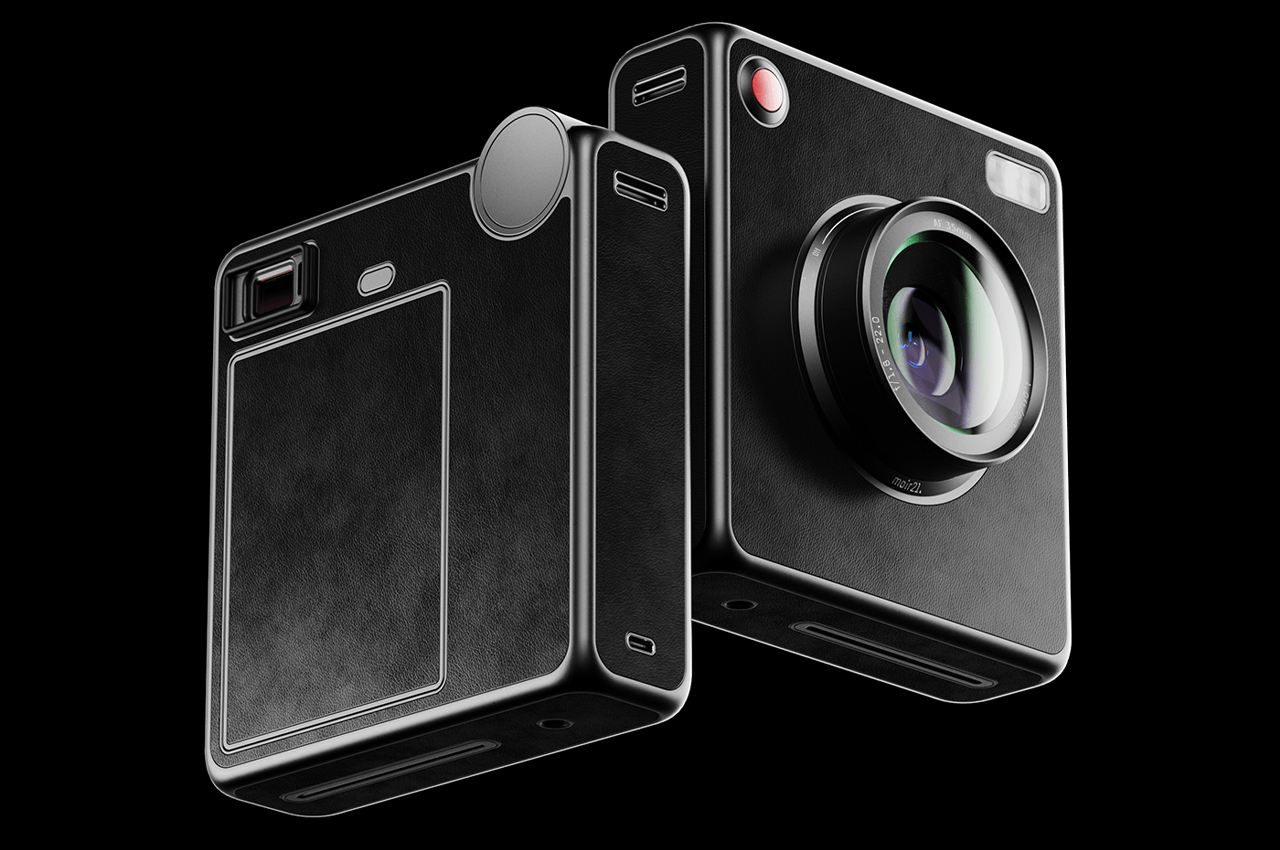 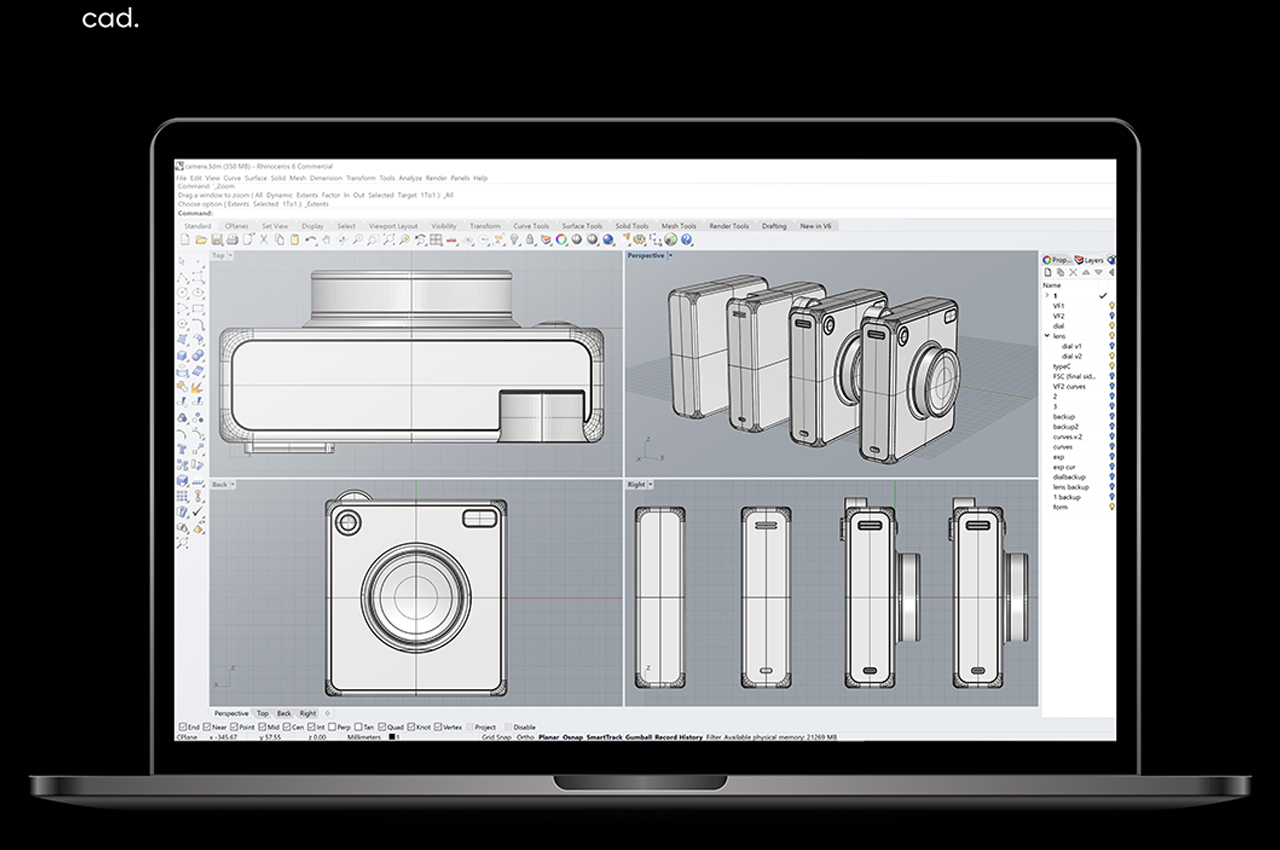 There’s a mystique to film photography, but for modern purposes, we tend towards digital mediums. Blending the two together, design team Sarwan Bhinder and Vishnu R conceptualized Moir 21, an instant film camera that takes the best of both worlds to meet the beauty of film cameras with the convenience of digital photography. 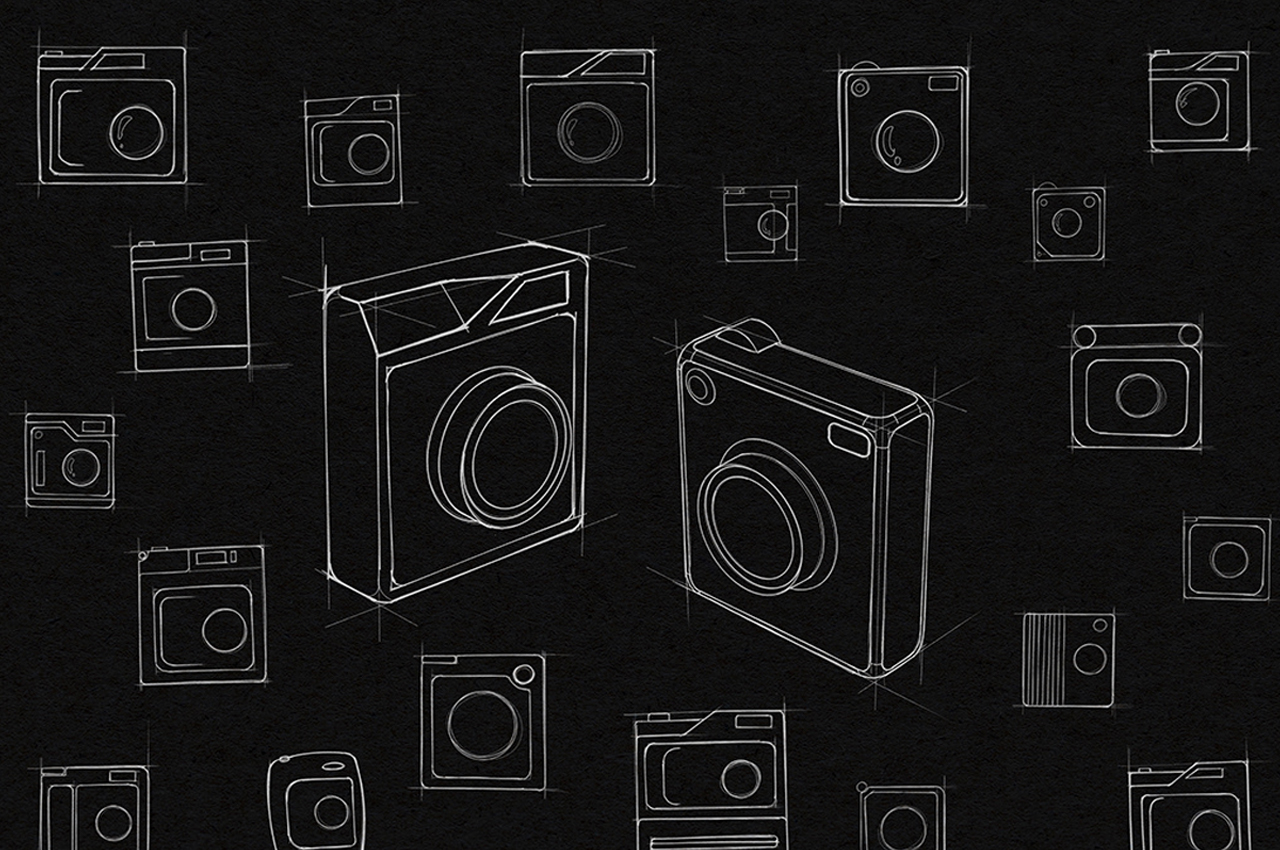 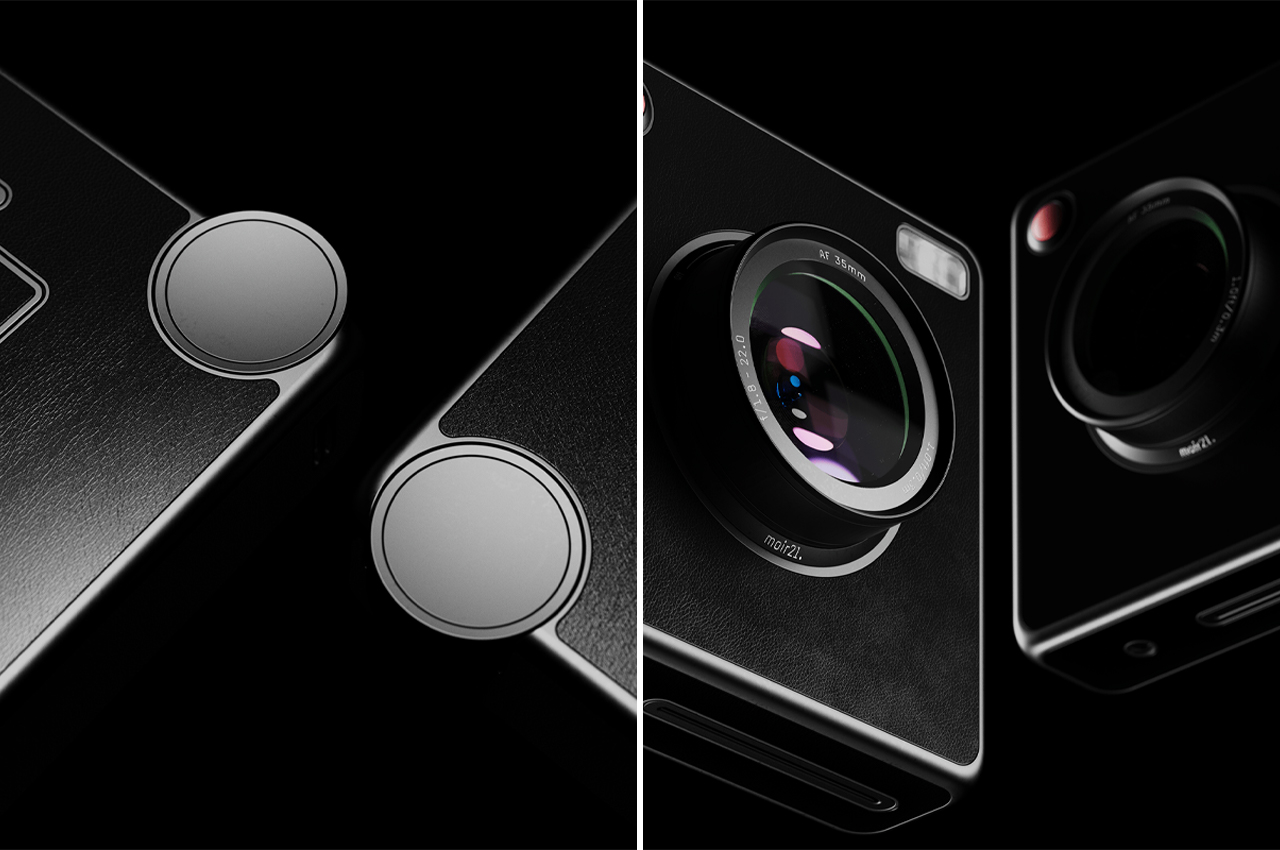 Moir 21 is named after the French word mémoire, which loosely translates to the concept of recordkeeping. Maintaining the integrity of a film camera and resolving the limitations set by current digital cameras, Moir 21 allows for multiple prints of hand-selected photographs. Many photographers who enjoy takings photos on film appreciate the medium for its single-shot takes.

In order to keep that spirit alive, Sarwan and Vishnu designed Moir 21 to automatically erase a photograph only a few minutes after it has been taken. Additionally, the team of designers equipped Moir 21 with a minimal control panel so that modern users can remain close to the clean display of most digital cameras.

The actual photograph won’t be erased, but the photographer will only be able to see it again after been printed. Through the electronic viewfinder (EVF), photographers can change the settings on their cameras to produce different photographs, similar to a film camera. 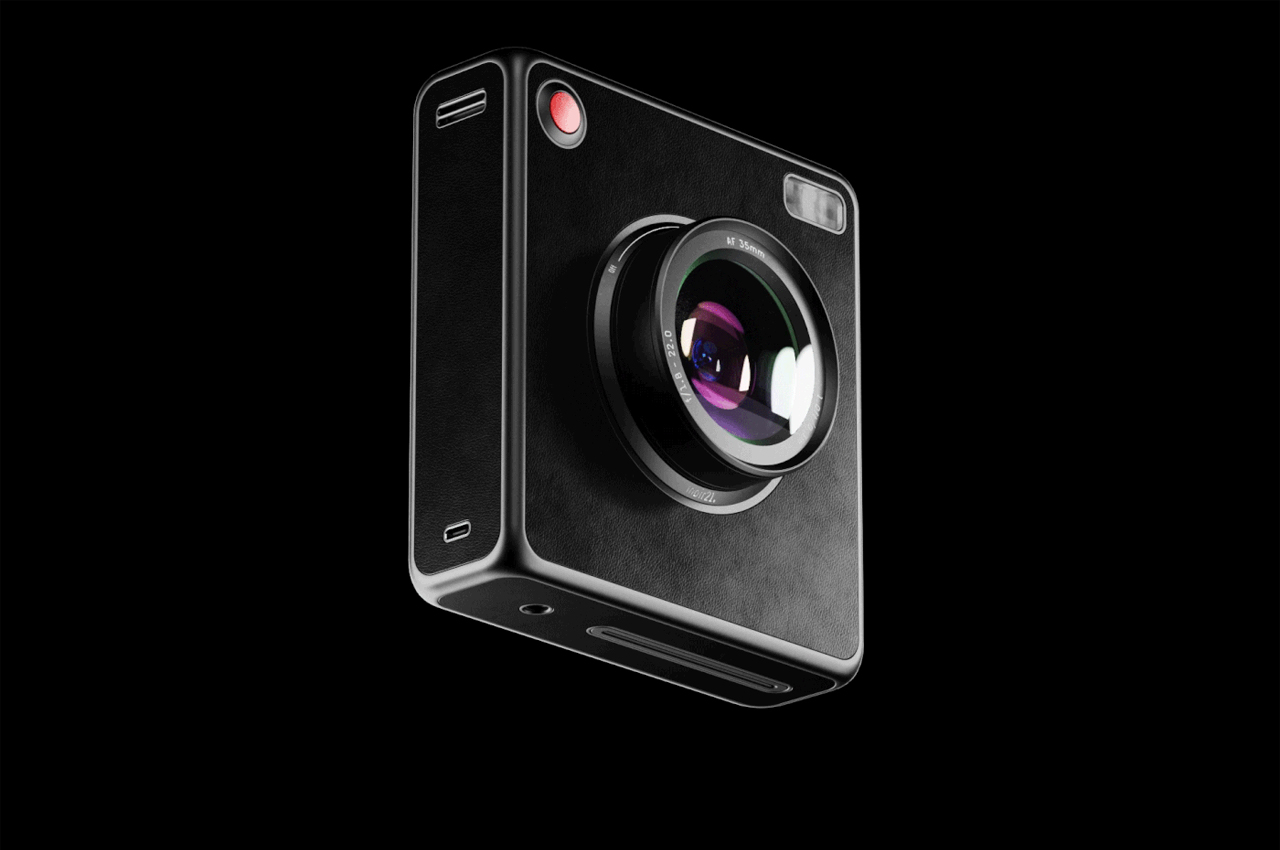 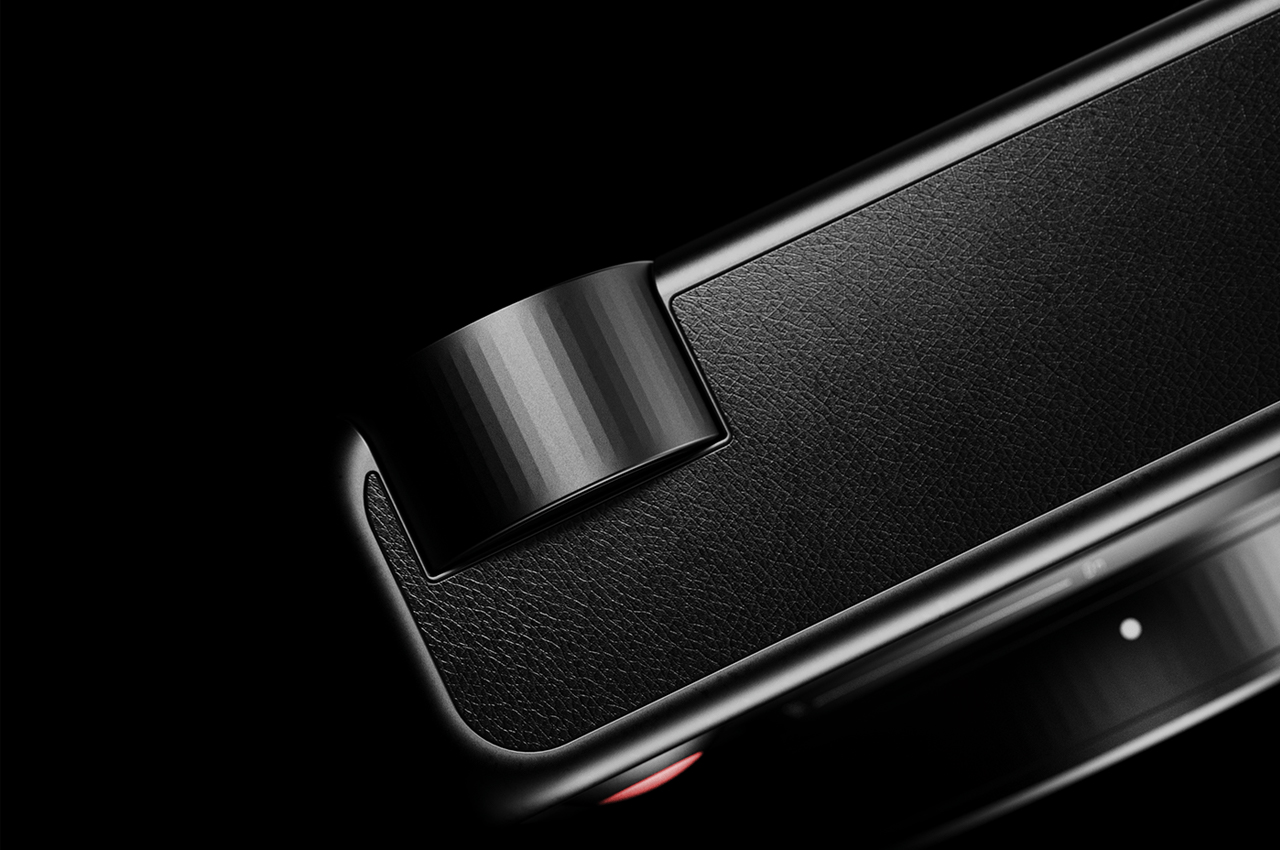 Speaking to this, the designers suggest, “The controls are fluid and seamless in order to give a smoother and faster experience while shooting and printing.” 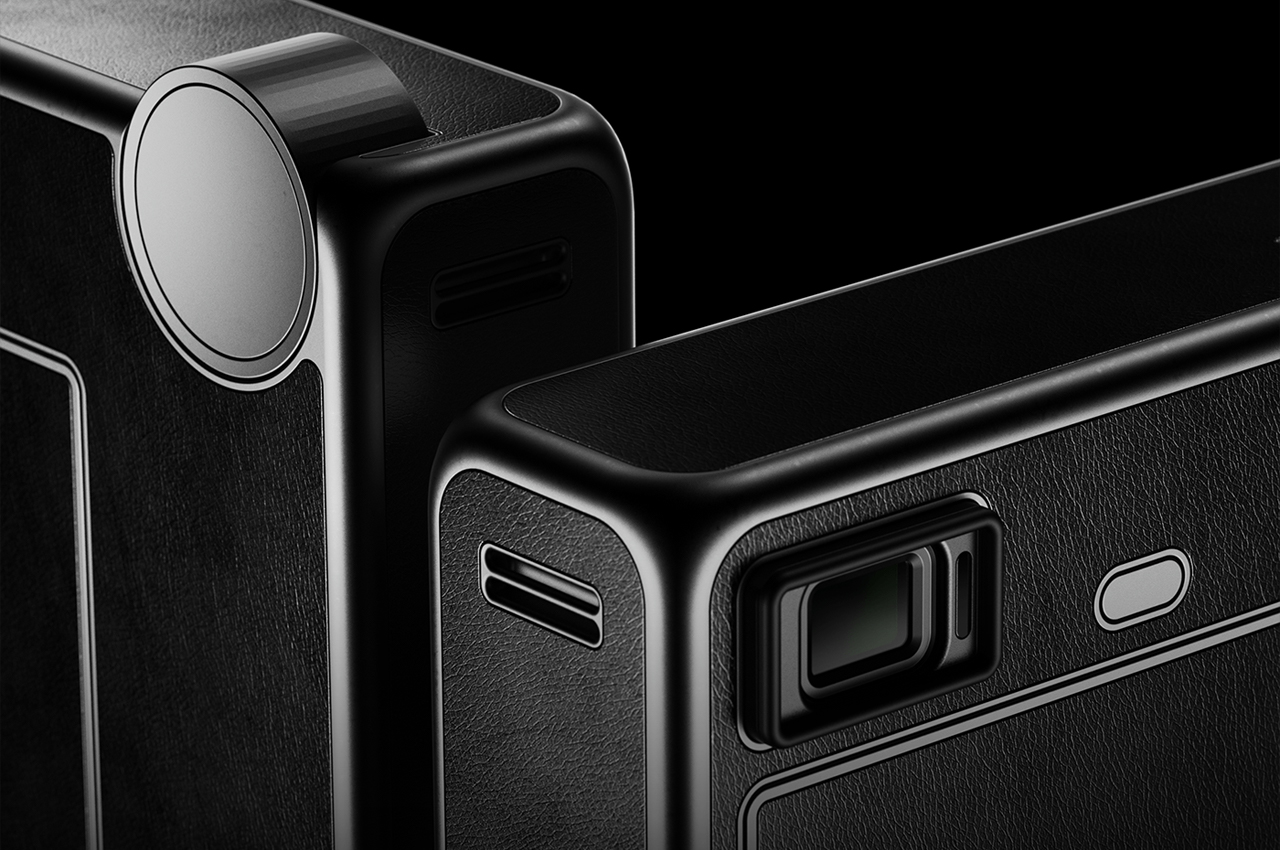 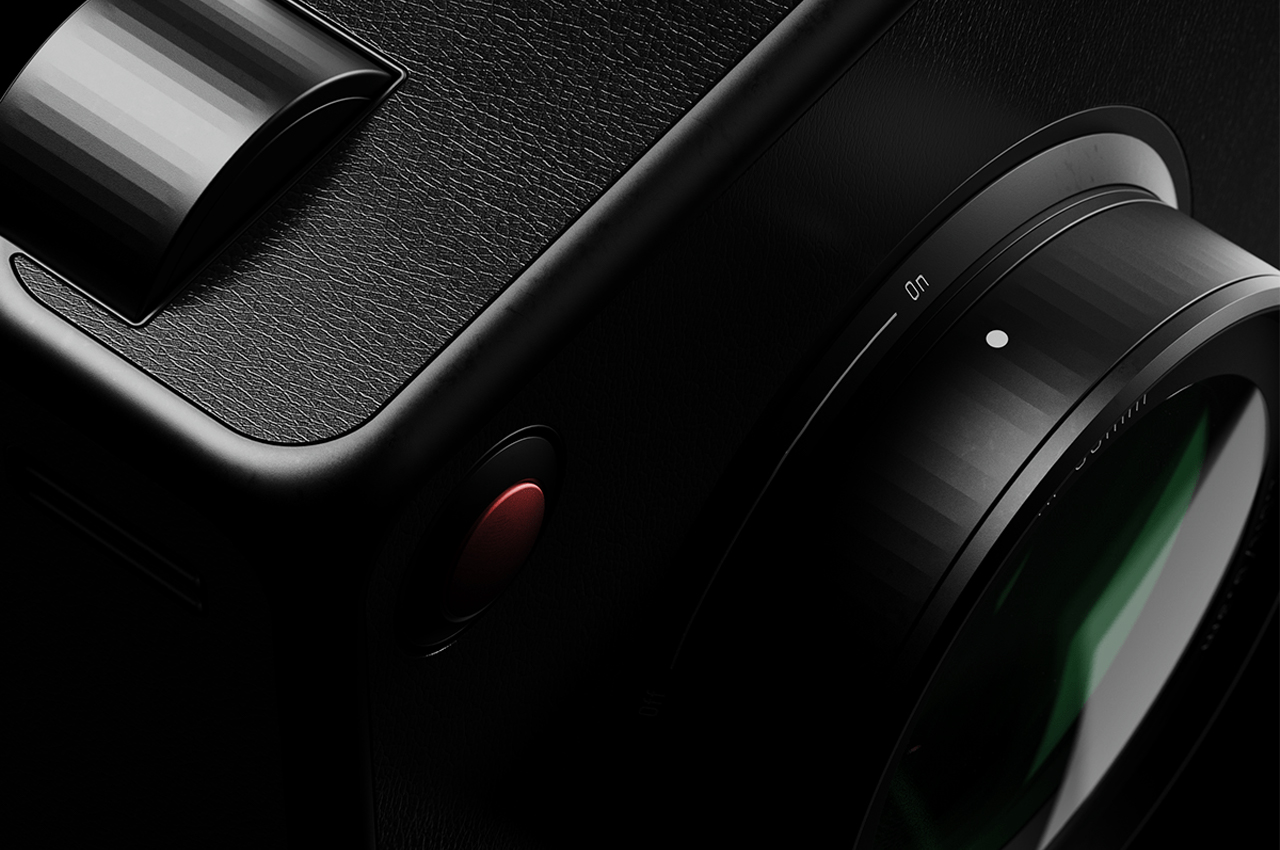 Sarwan and Vishnu designed Moir 21 to maintain the simplicity of a modern digital camera’s display. 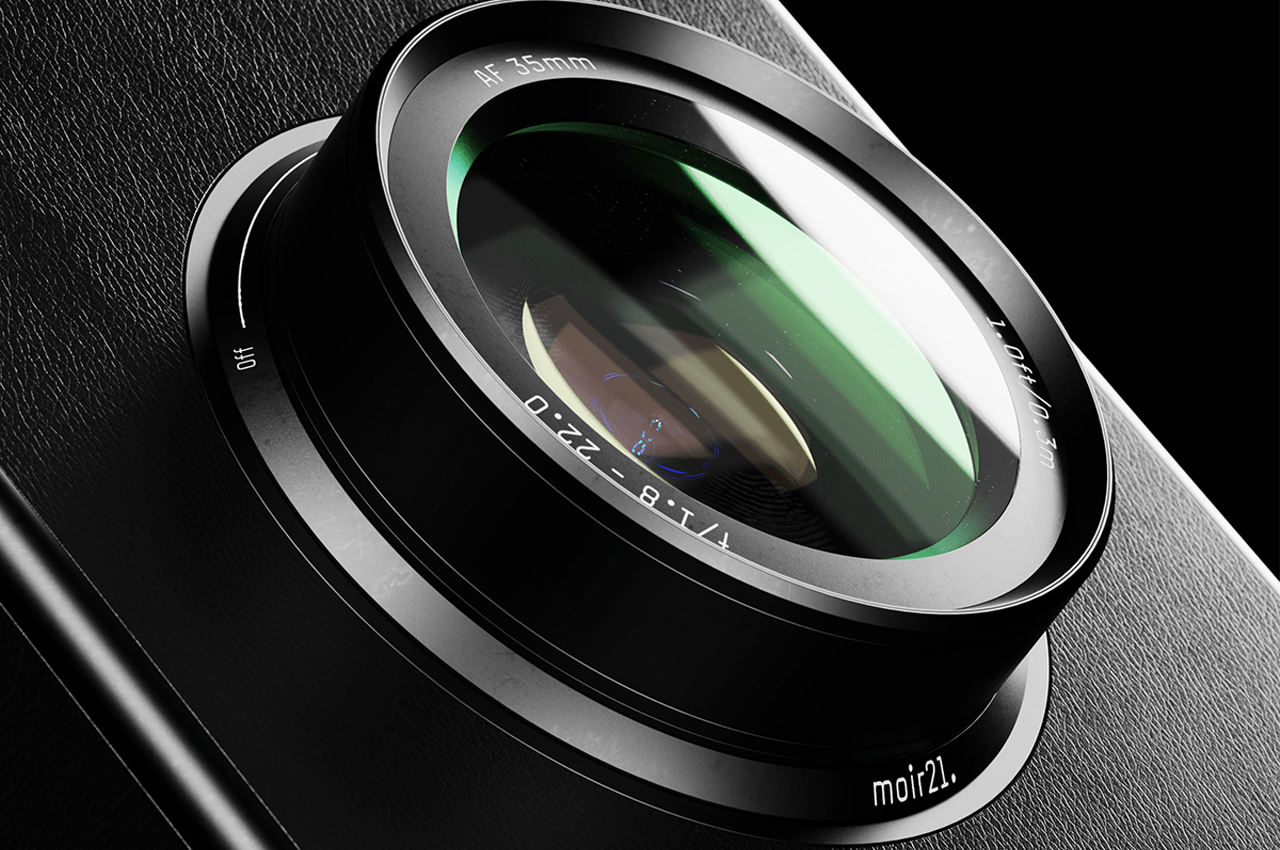 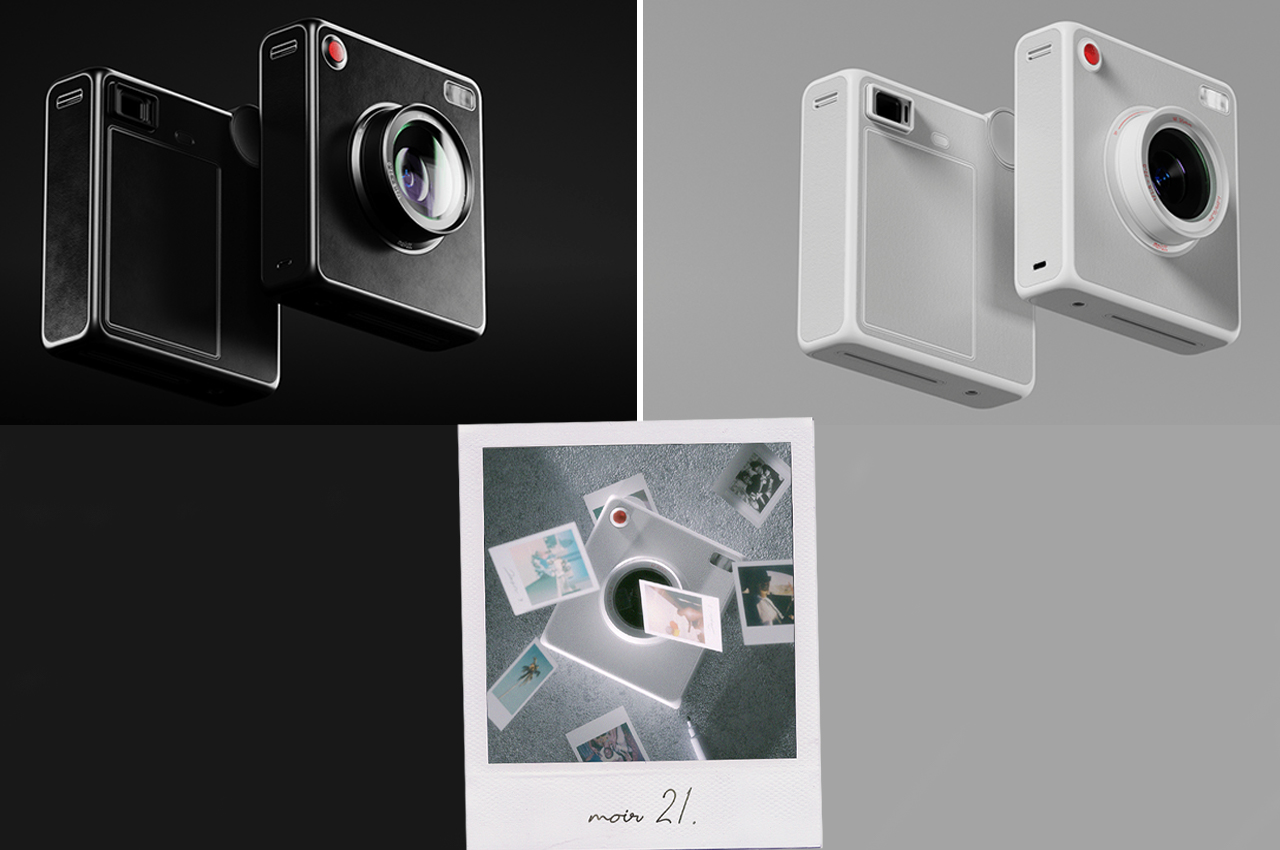 Adam Cornish’s Wooden Hammock challenges the notion that Hammocks need to be built from flexible materials like cloth or rope. It instead, comes with a…

These foldable, modular furniture designs are the space-saving solution every home needs!

I have ordered the white plastic chairs off of IKEA and Amazon and while they look great in the patio, it’s only going to last…