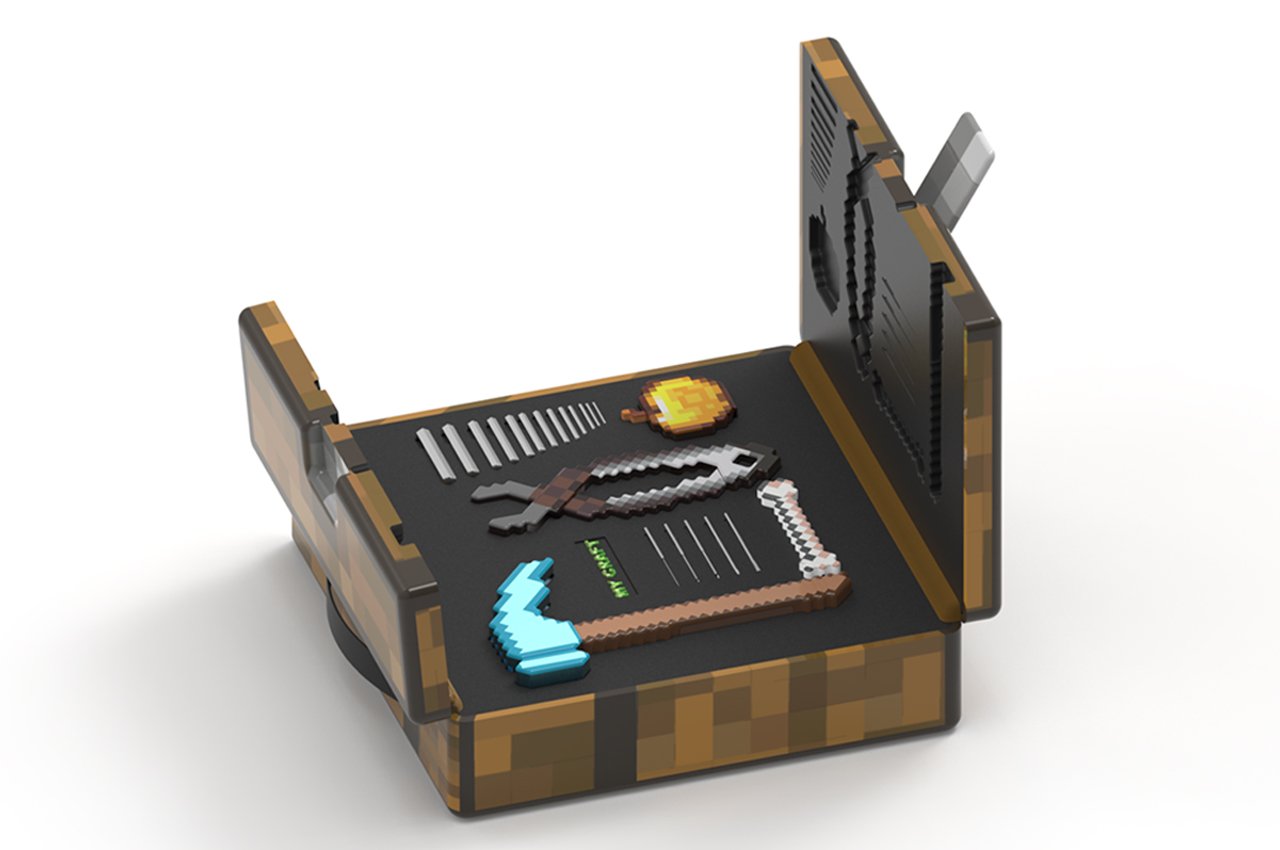 My Craft is a collection of Minecraft-inspired tools constructed in the image of tools and motifs found throughout the game to play Minecraft.

As of 2020, 200 million copies of Minecraft were sold. Becoming one of the most sold video games ever, 126 million users play Minecraft worldwide. They say life imitates art, so it’s no surprise Minecraft found an uptick in global consumers around the same time we were all renovating our homes IRL. 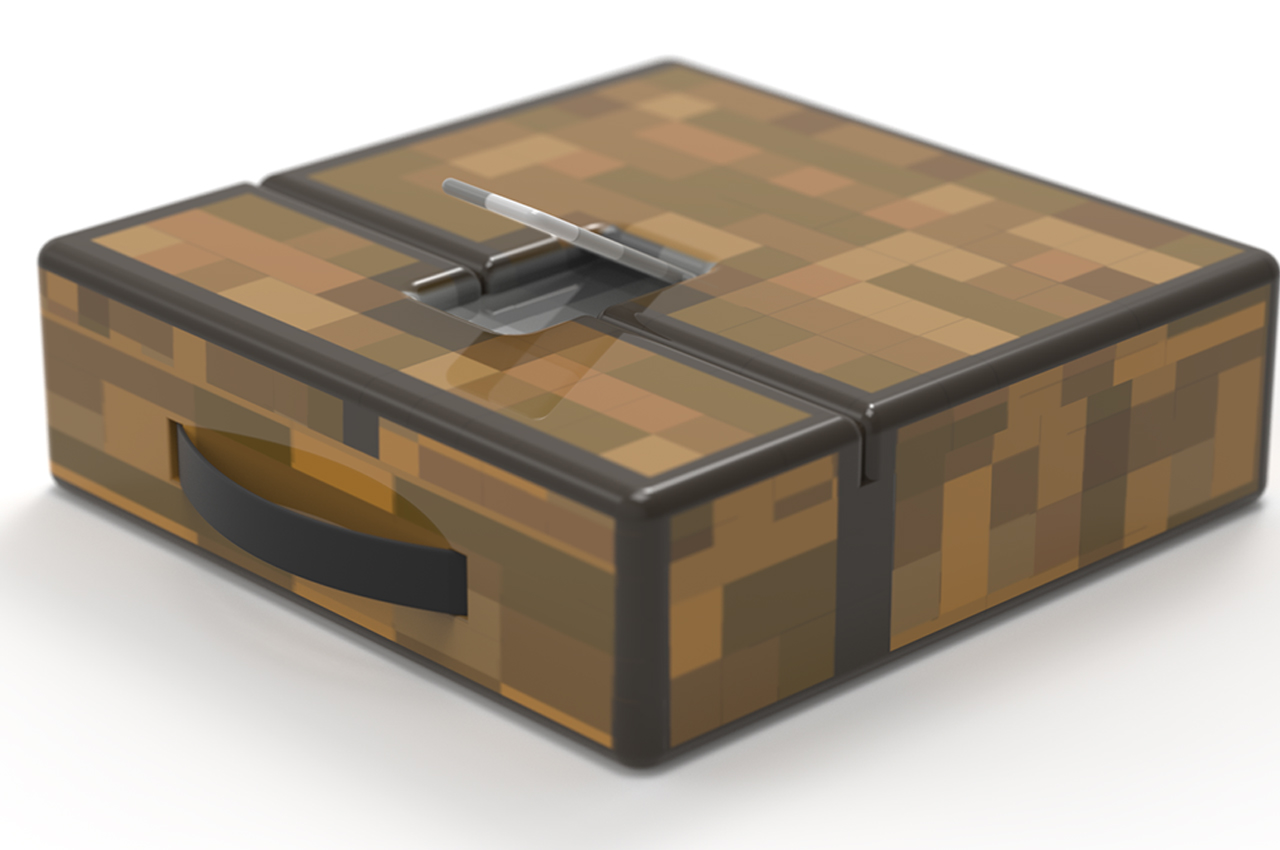 Minecraft is a video game where players are placed in a new world that challenges them to find resources to build shelter, acquire food, and craft tools to construct their own virtual universe. A team of designers, Minju Kim, Woojin Shin, and Sunjin Baek, aimed to construct their own starter toolkit for Minecraft players called My Craft so each player can customize their real worlds with appliances that resemble tools used to play Minecraft. 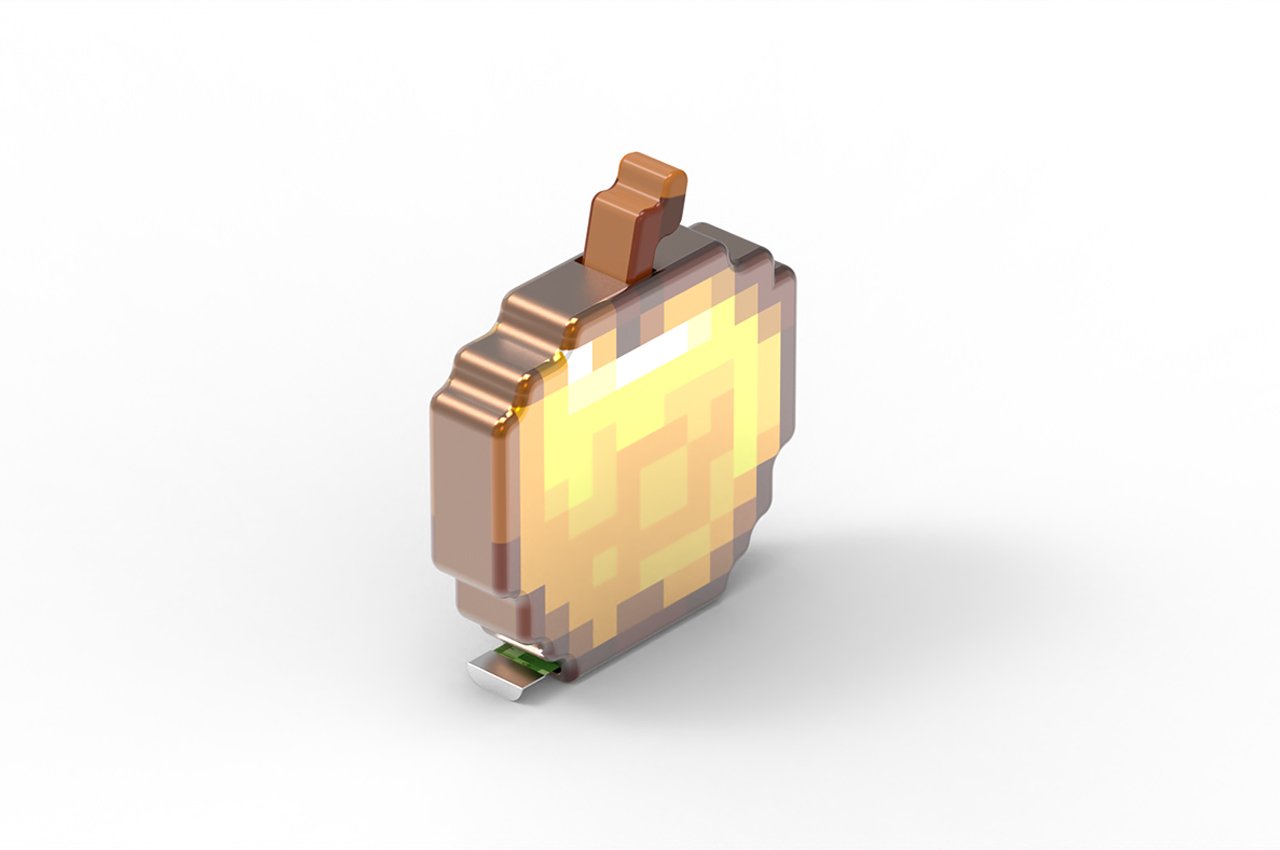 My Craft first comes with a main toolbox that contains all of the different tools, including a tape measure, hammer, driver, and spanner, all of which are necessary for Minecraft’s interior design feature. With more and more video game players turning to Metaverse and VR gaming, blending the world of video games with reality has never felt more tempting. Enter My Craft, where each physical tool conceptualized by the team of designers is crafted using virtual motifs found in the Minecraft gaming universe. 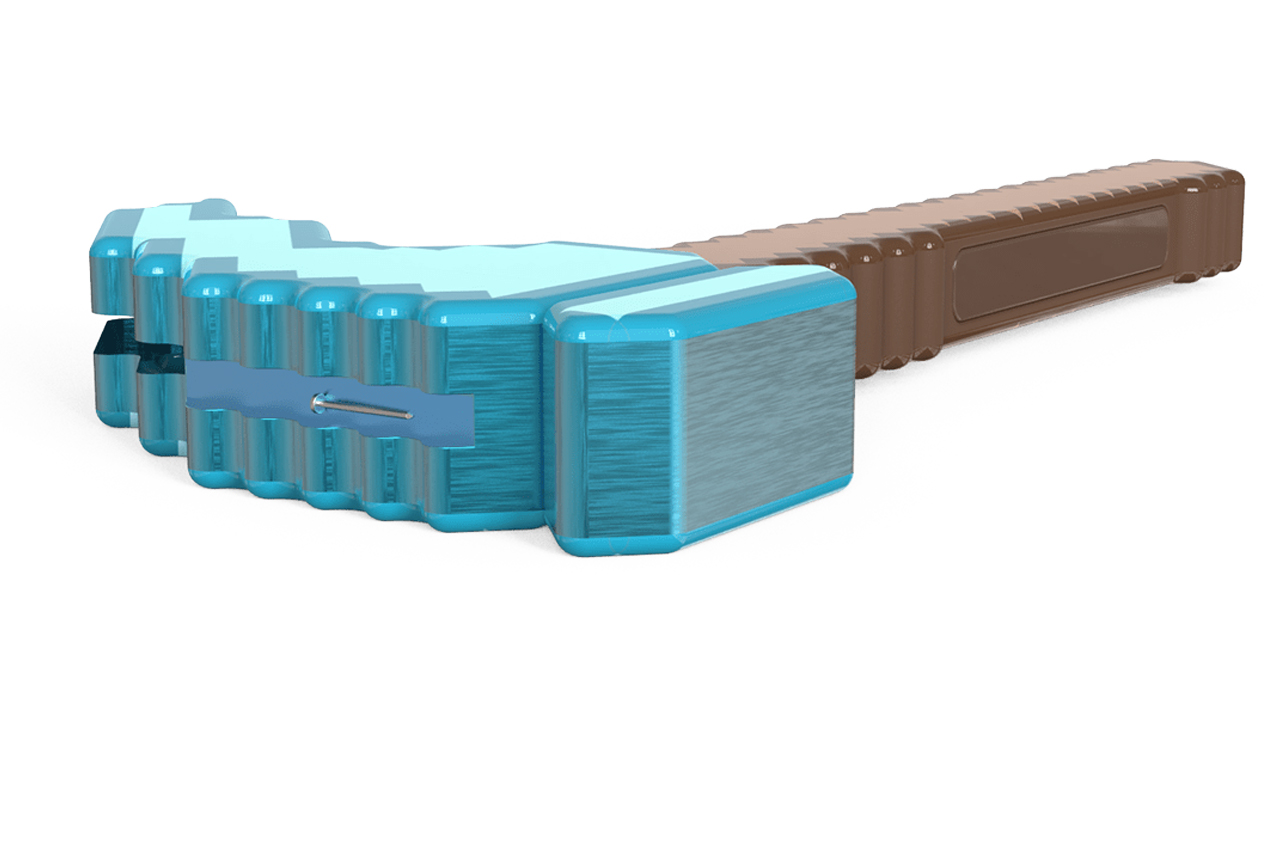 The tape measure is inspired by the Golden Apple found throughout Minecraft, while the hammer’s image is borrowed from the pickaxe used by players for virtual construction. Then, the toolbox’s screwdriver is defined by a pixelated bone-inspired case commonly seen while playing the video game. Finally, a spanner and pincers tool takes on an image inspired by the tongs used for virtual home building in Minecraft. 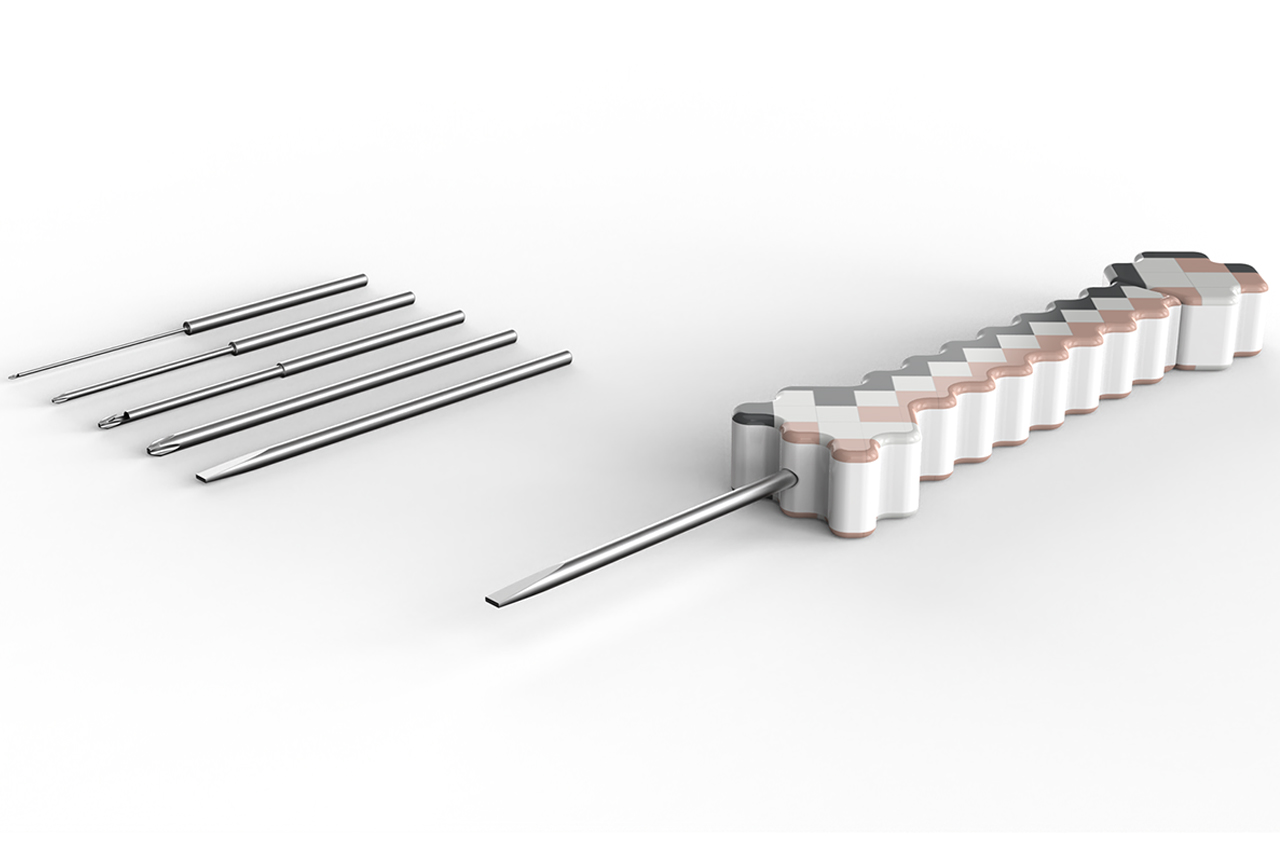 The screwdriver is inspired by the bone motif found throughout Minecraft. 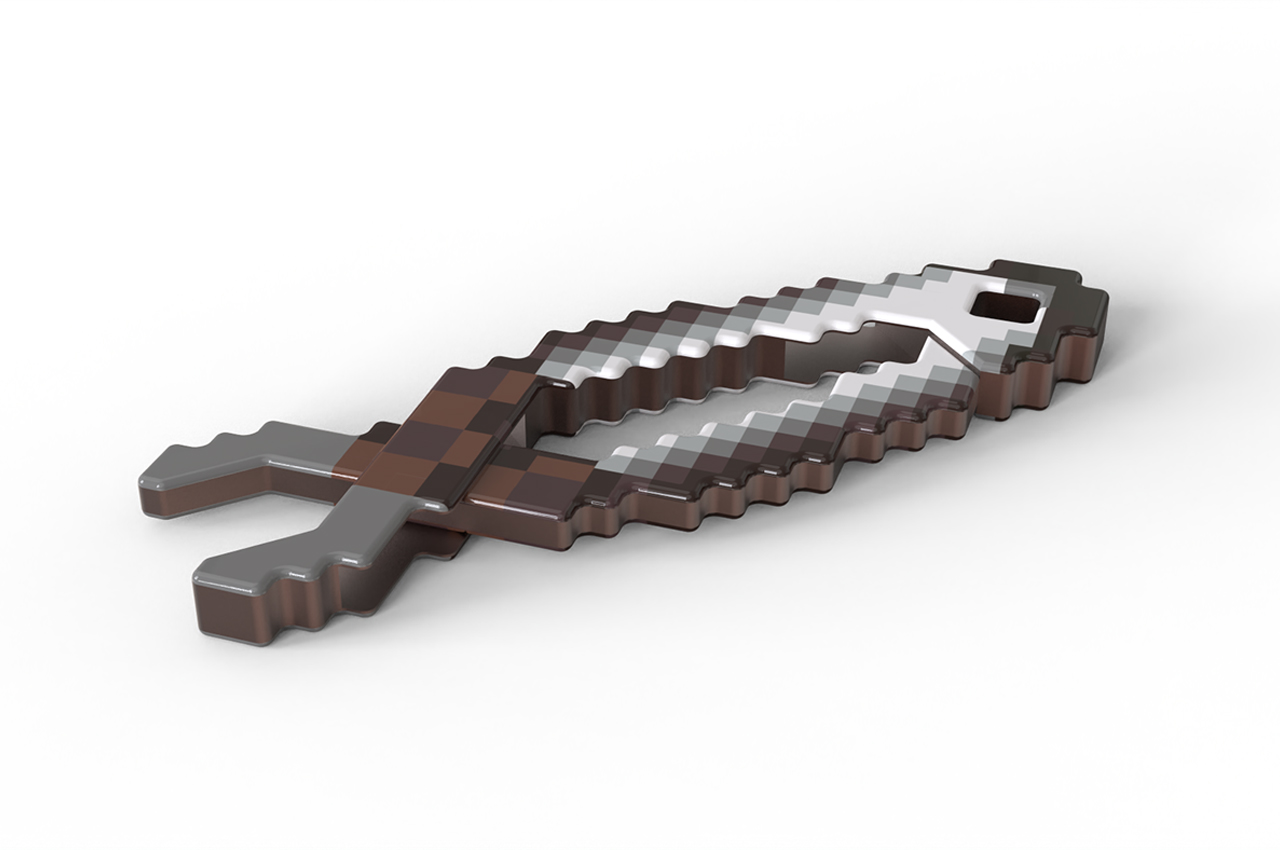 The spanner and pincers are inspired by tongs found in Minecraft.

The hammer’s image is borrowed from the pickaxe used by Minecraft players to build virtual homes. 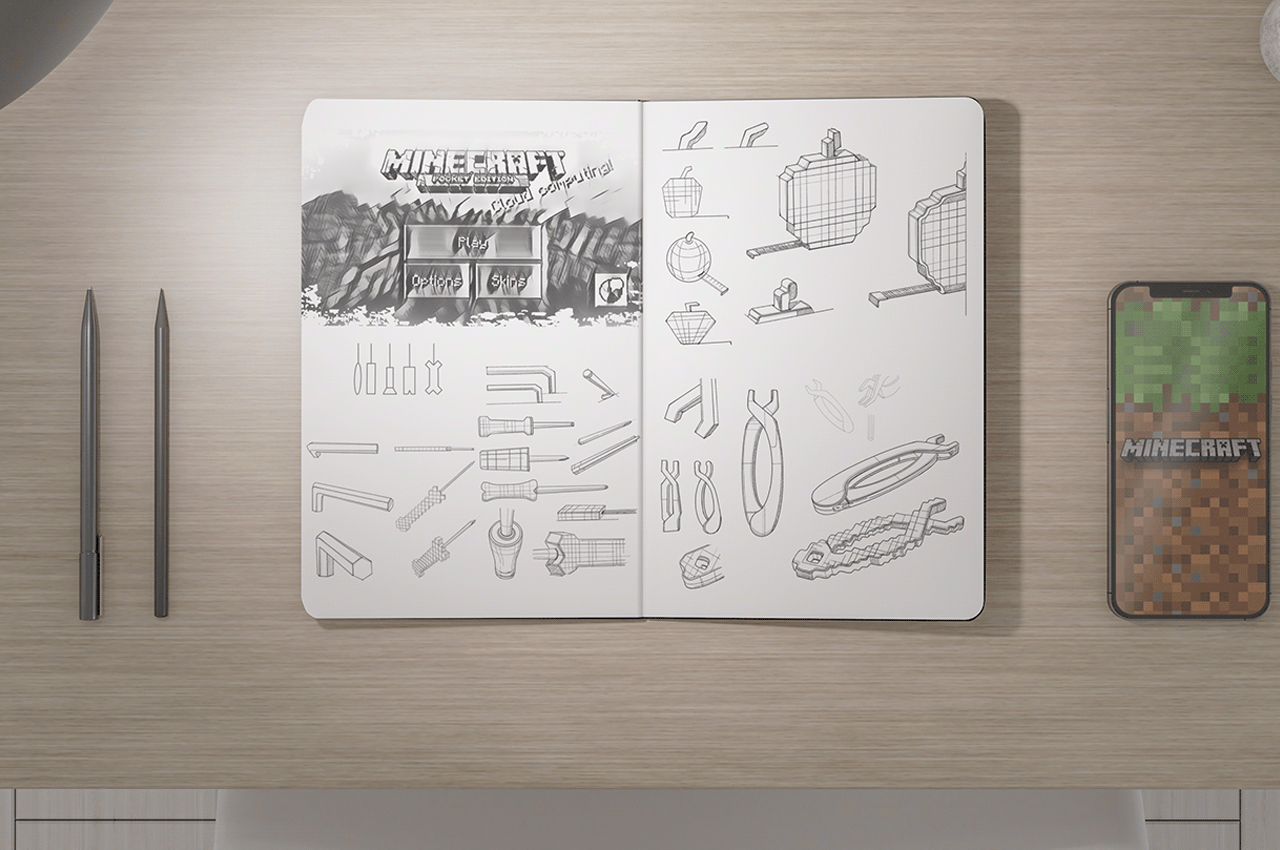 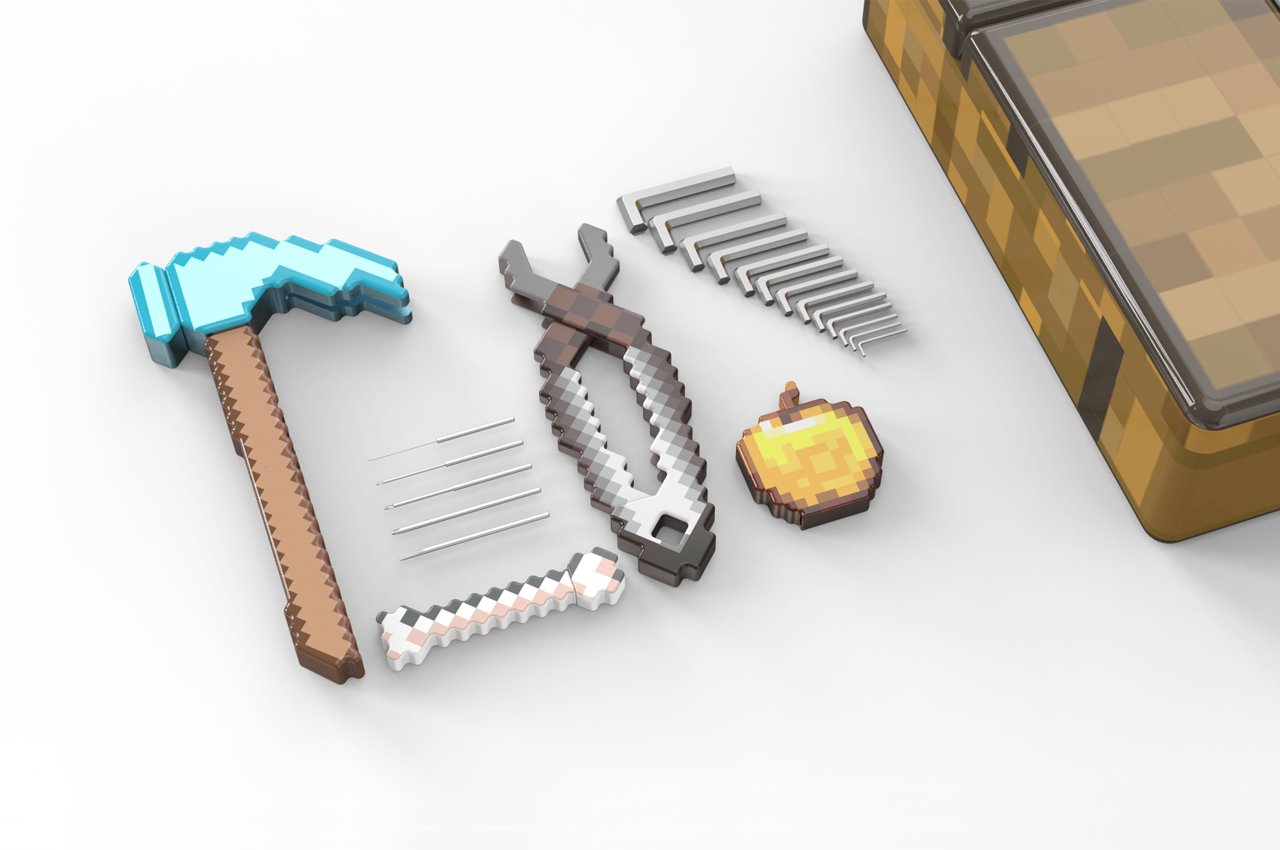 The toolkit comes with all of the aforementioned tools. 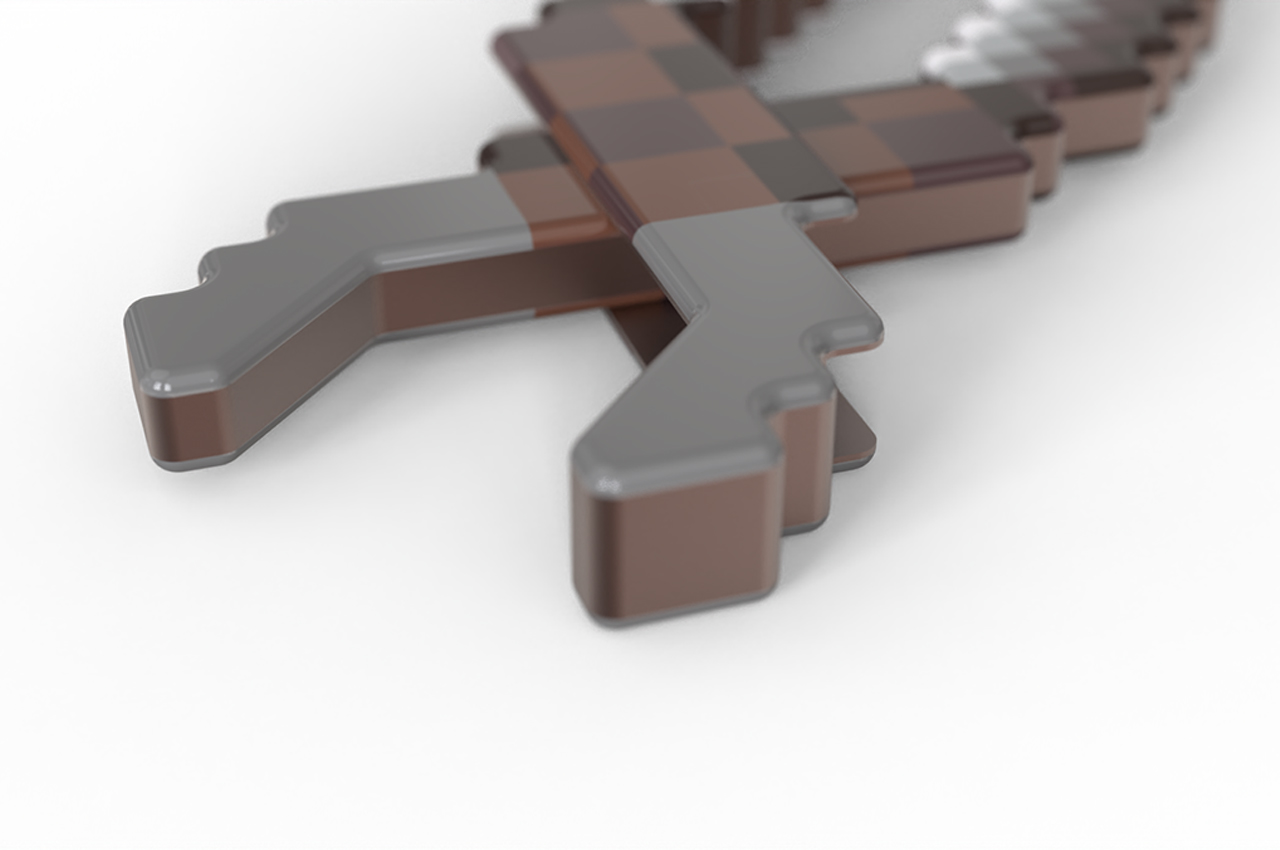 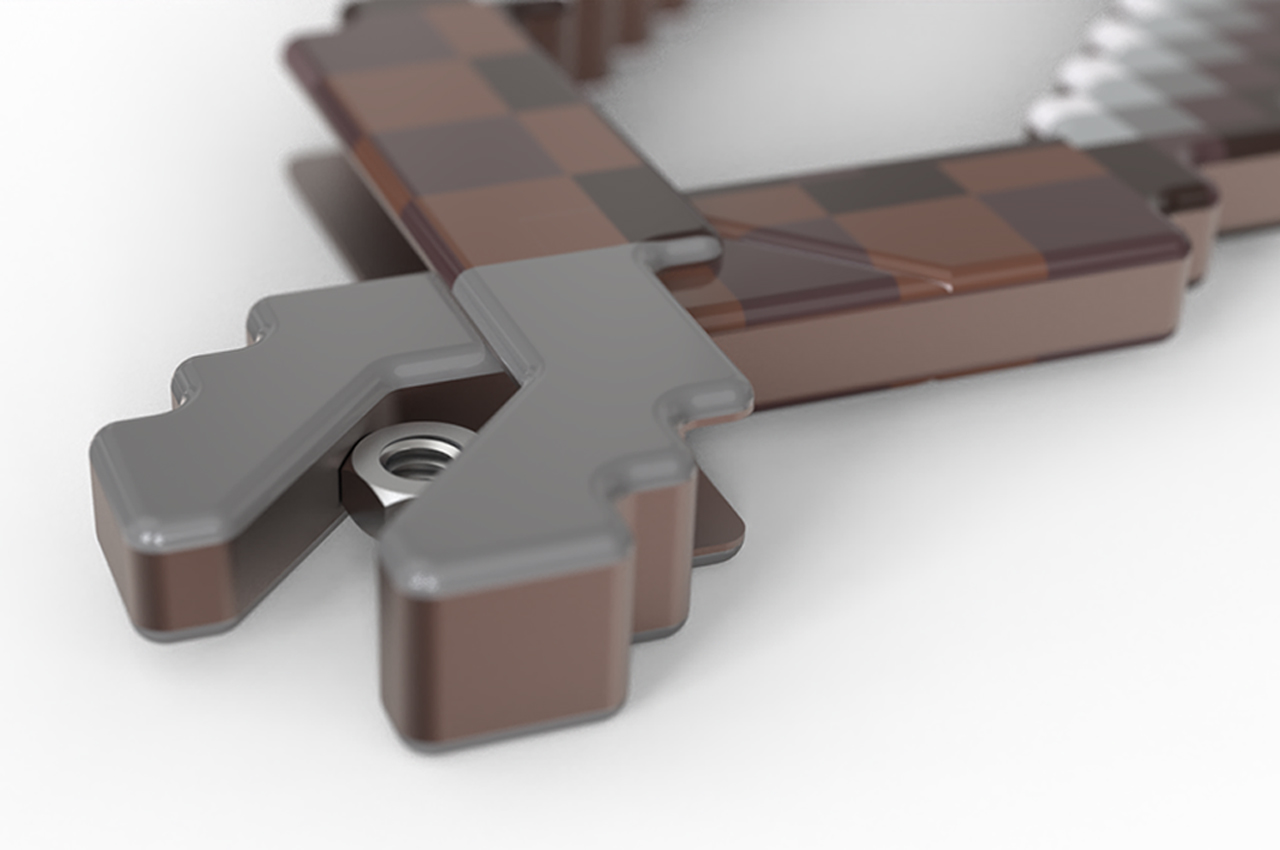 When players use these tools in real life, our world will imitate the world of Minecraft. 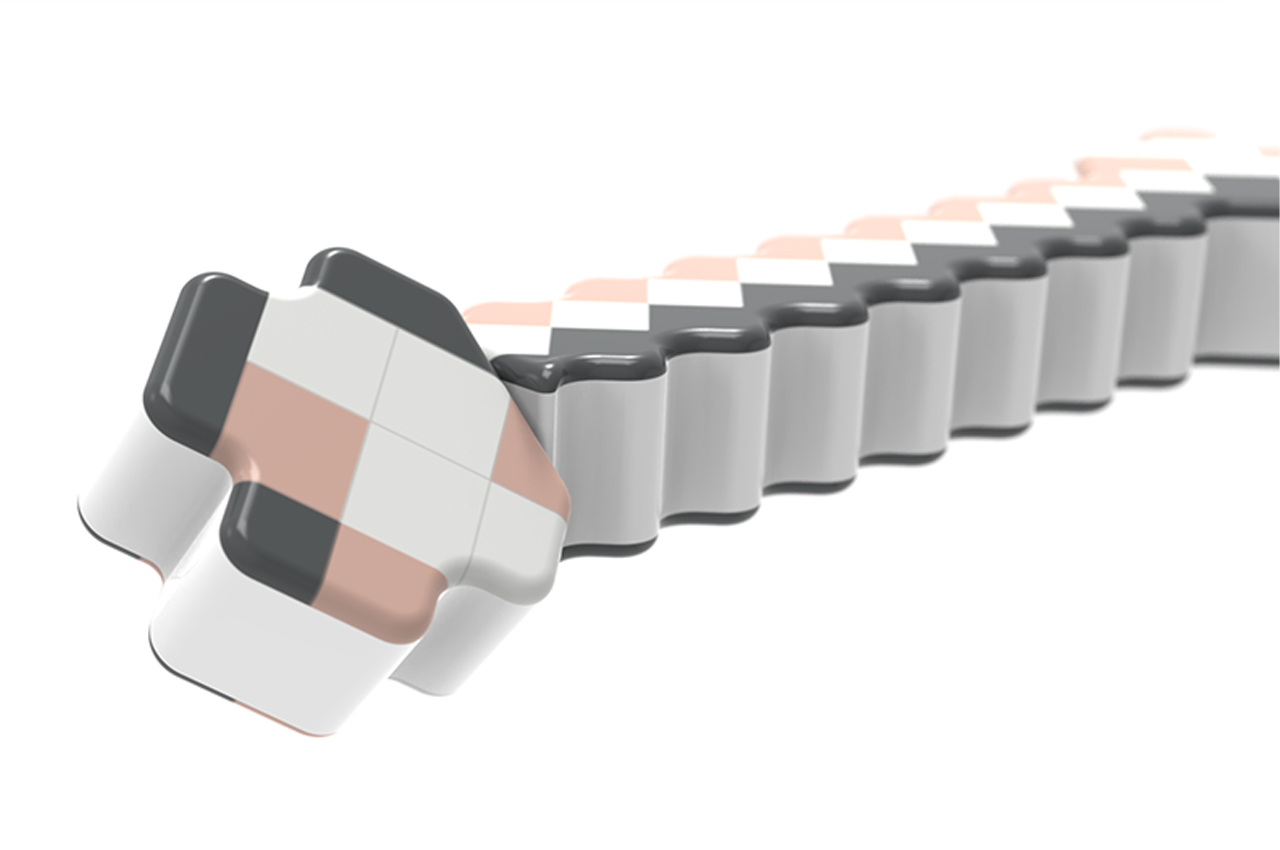 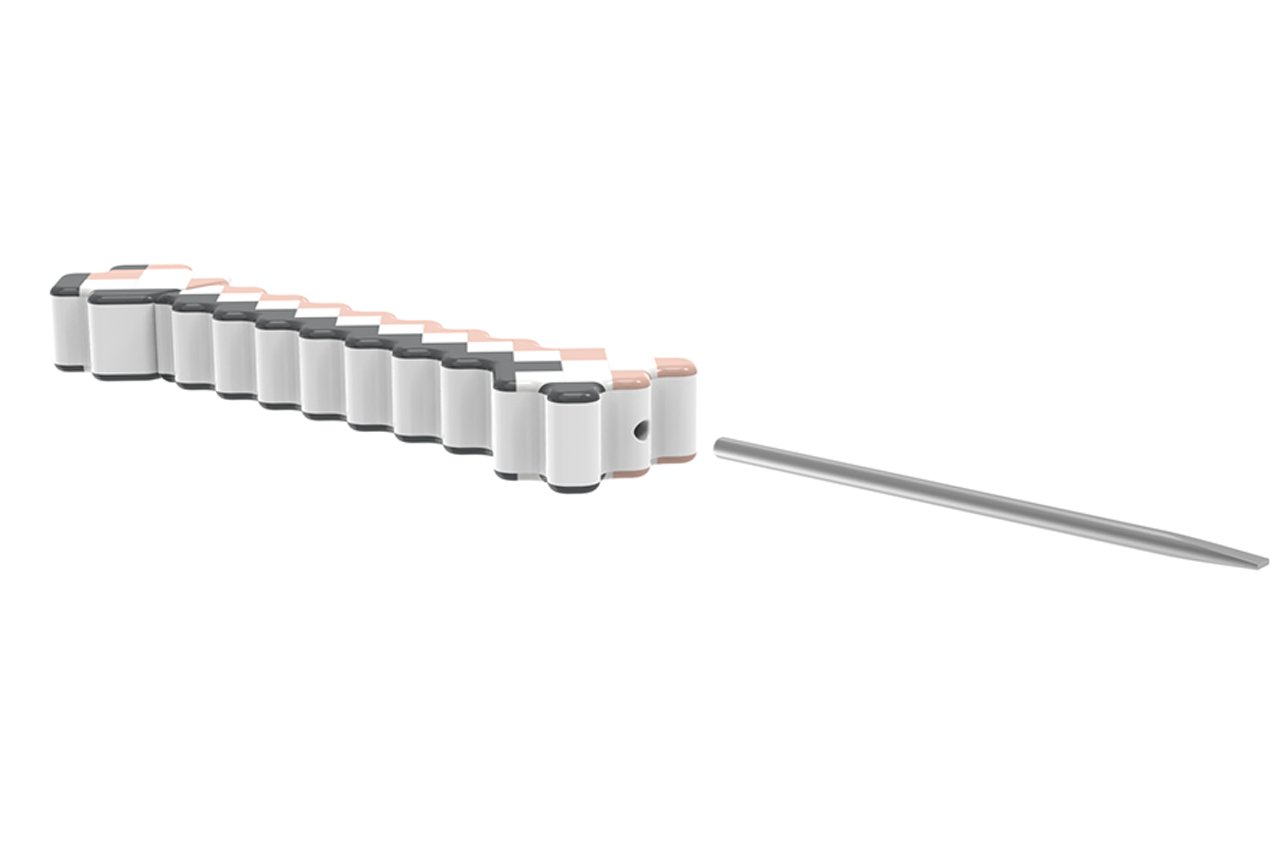 The team of designers gave each tool a pixelated look. 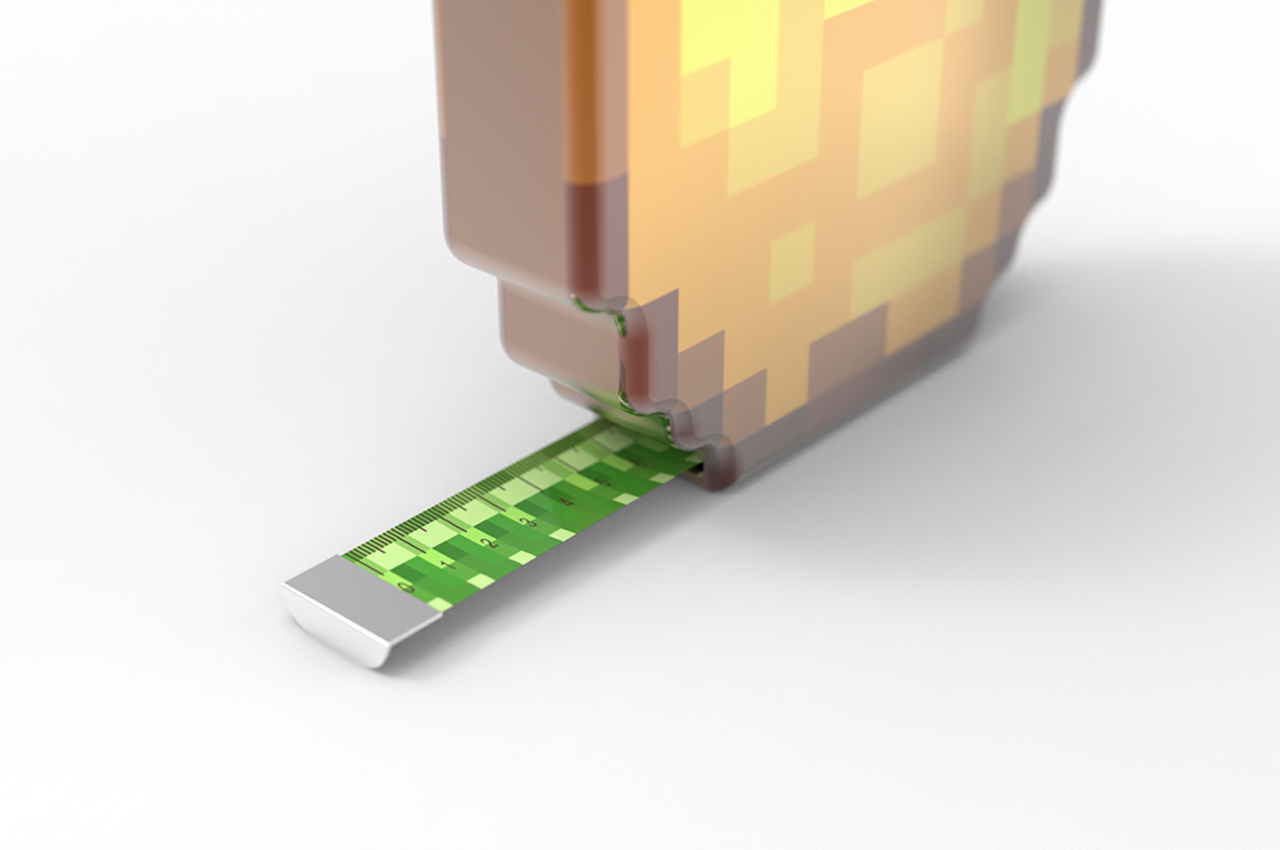 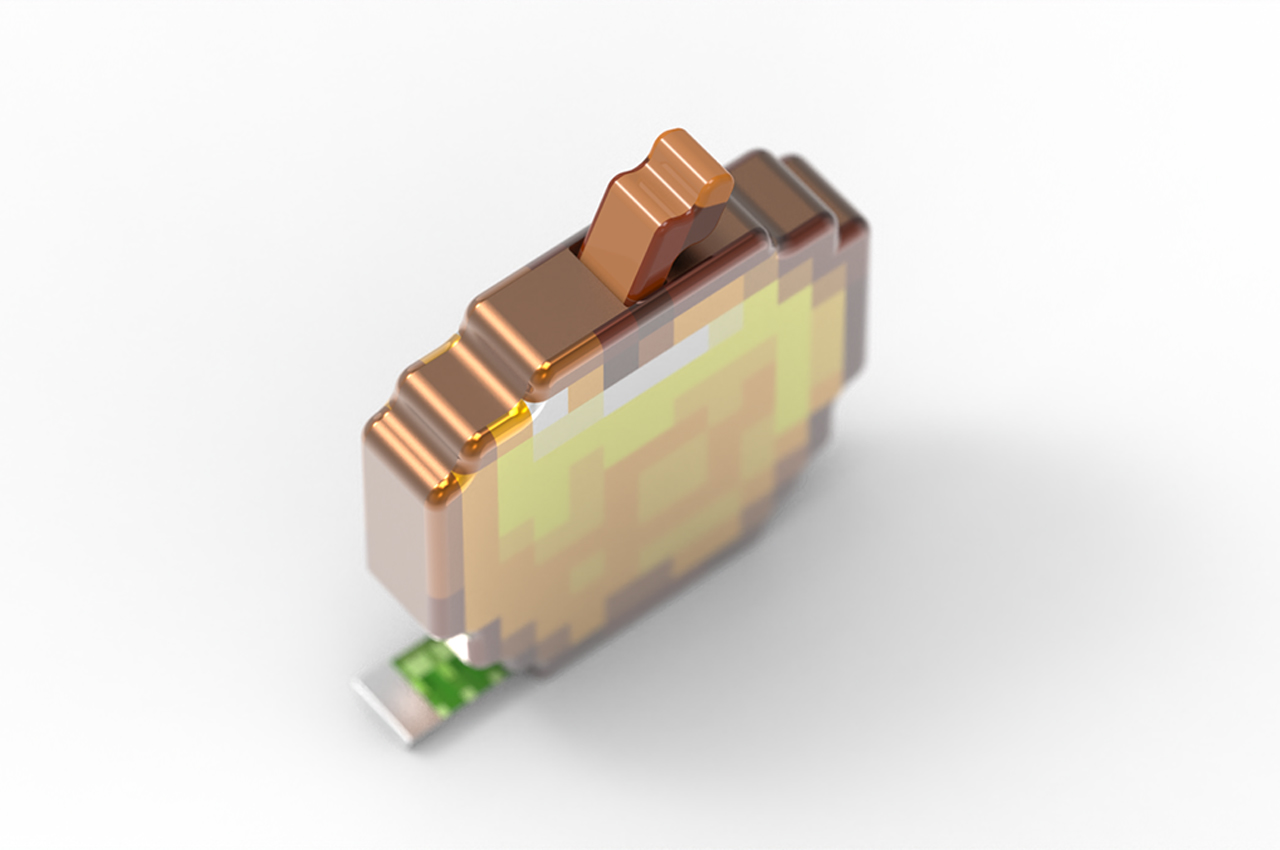 The tape measure resembles the Golden Apple in Minecraft. 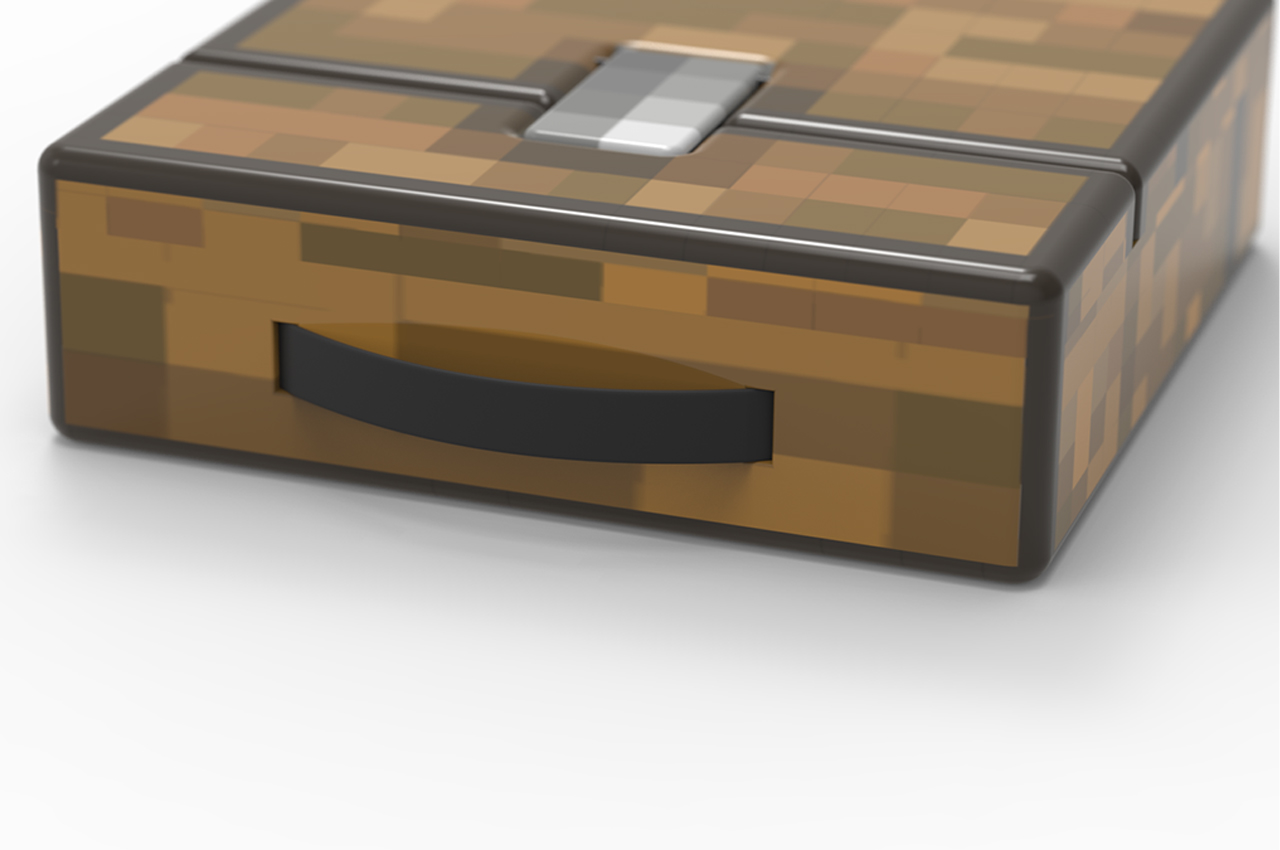 It’s a total hash of digital and analog ideologies and still looks uber-cool! I guess this is what an iPhone-esque phone would have looked like…

One button. One screen. That’s all you need for limitless control over your smart TV with this equally smart remote control concept! Inspired by the…