Although Razer is more well-known within the gaming circuit for its incredible gaming peripherals, the company has been quick to notice the booming streaming industry that’s branched off from the gaming industry. While Razer clearly designed the Kiyo Pro to cater to the audience that loves to stream as they game, they inadvertently ended up making a 1080p webcam that’s so good, it even rivals most 4K webcams, making it a perfect work-horse for practically any sort of use – whether it’s streaming, filming, or even the humble office video chat.

The USB-C-powered 1080p camera mounts on top of monitors and screens, although it can be attached to a tripod or used as a standalone camera too, making it easy to use practically in a number of different ways. Where the Kiyo Pro does shine, however, is in its performance, which pushes the limits of what a webcam is capable of. It shoots 1080p at 60fps, outperforming your laptop’s crummy webcam or even the 20 buck webcam you buy online, and can capture in HDR too, resulting in a video that’s crisp, high-contrast, well-lit, and color-balanced no matter what setting you use it in. 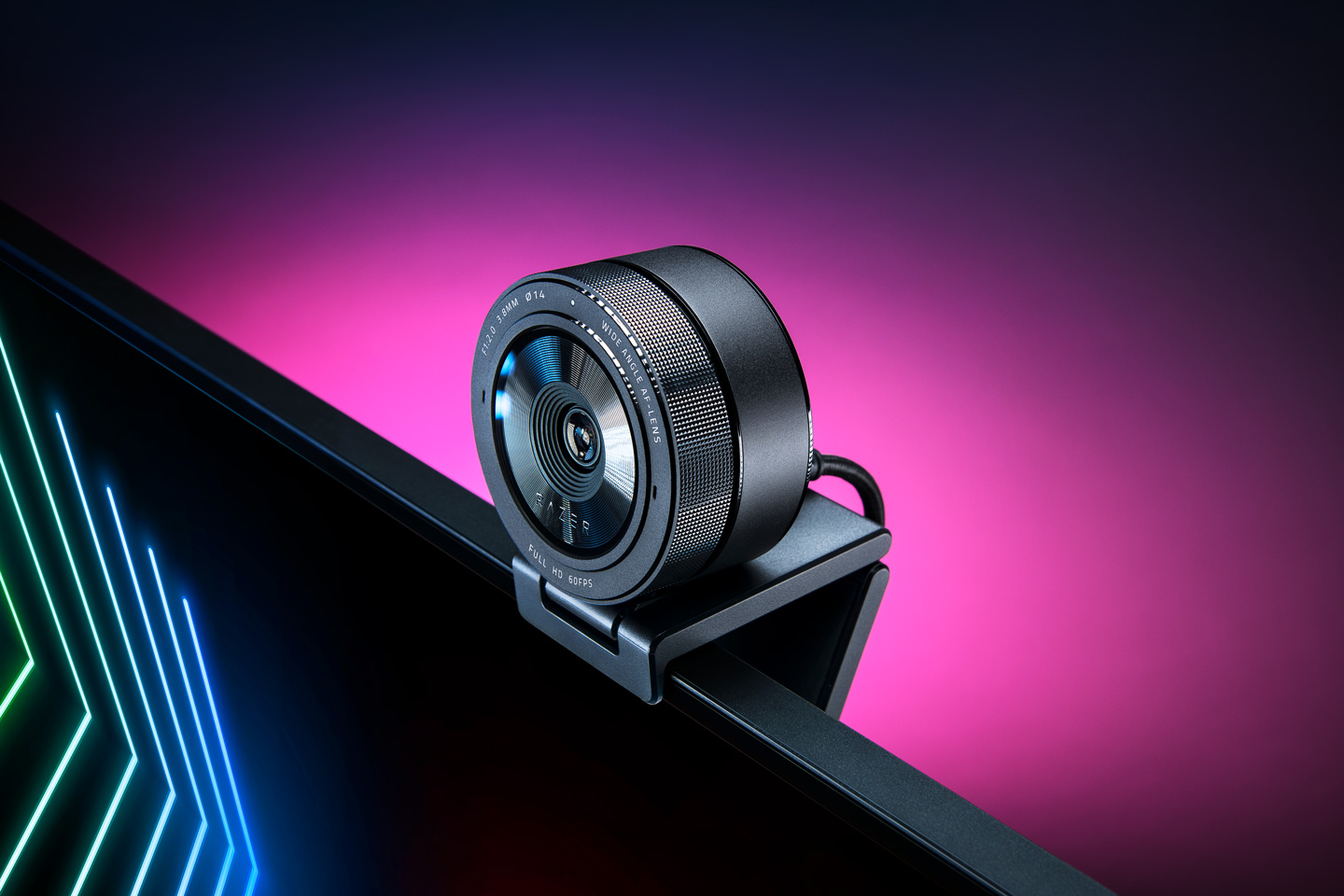 Razer’s dalliance with smartphones seems to have paid off since it almost directly contributes to the Kiyo Pro’s abilities. The webcam comes outfitted with a larger-than-usual 1/2.8 ultra-sensitive CMOS sensor that captures more light and is capable of detecting how light or dark your setting is and automatically adjusting its video settings in real-time. This, along with the webcam’s ability to shoot HDR, sets it apart, allowing it to reliably capture whatever is in front of it, whether it’s the face of a gamer streaming from a dimly lit room with crummy RGB lighting, or someone sitting in a bright office space with a window right behind them. The Kiyo Pro sports a pixel size of 2.9μm (larger than the average 4K camera), allowing it to capture much more light information and automatically enhance your video if you’re working in low light conditions. The HDR setting accounts for the inverse, preventing overexposure that causes brightly lit parts of your video to appear as pure white blobs (like the window behind you, or parts of your face when a bright light shines at it). 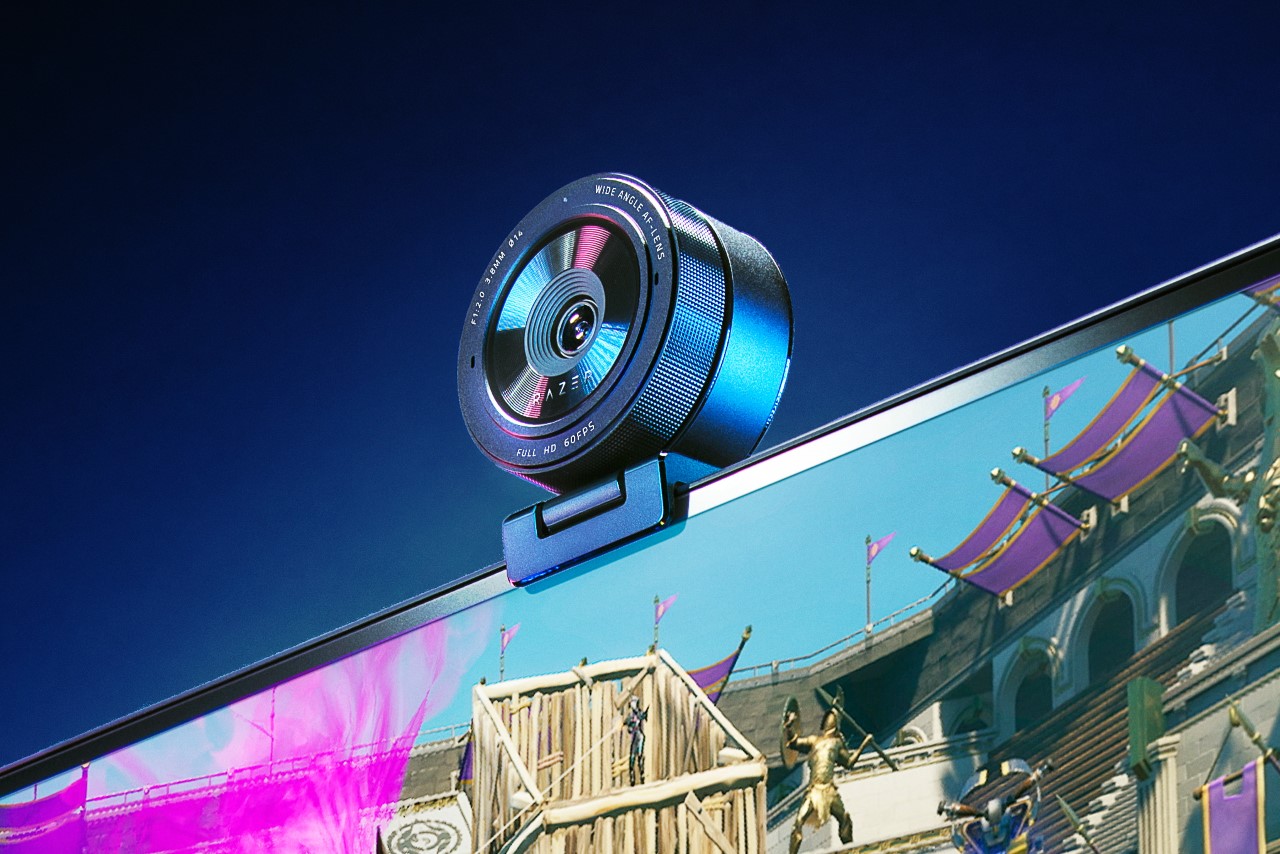 The Kiyo Pro webcam also comes with a wide-angle lens and an adjustable FOV, giving you the freedom to decide whether you want the camera to focus just on your face, or capture a wider view to show everyone the rest of your room/studio. It’s pretty clear that Razer designed the Kiyo Pro from the ground up, focusing on creating a webcam that works just as well for gamers and content creators as it does for office-goers. The webcam can be configured within the Razer Synapse software, allowing you to adjust the FOV (with three settings – 103°, 90°, and 80°), toggle AutoFocus, tinker with brightness/contrast/saturation, and even switch on/off the HDR feature. It’s worth noting that with the HDR on, the Kiyo Pro’s video output drops from [email protected] to [email protected] 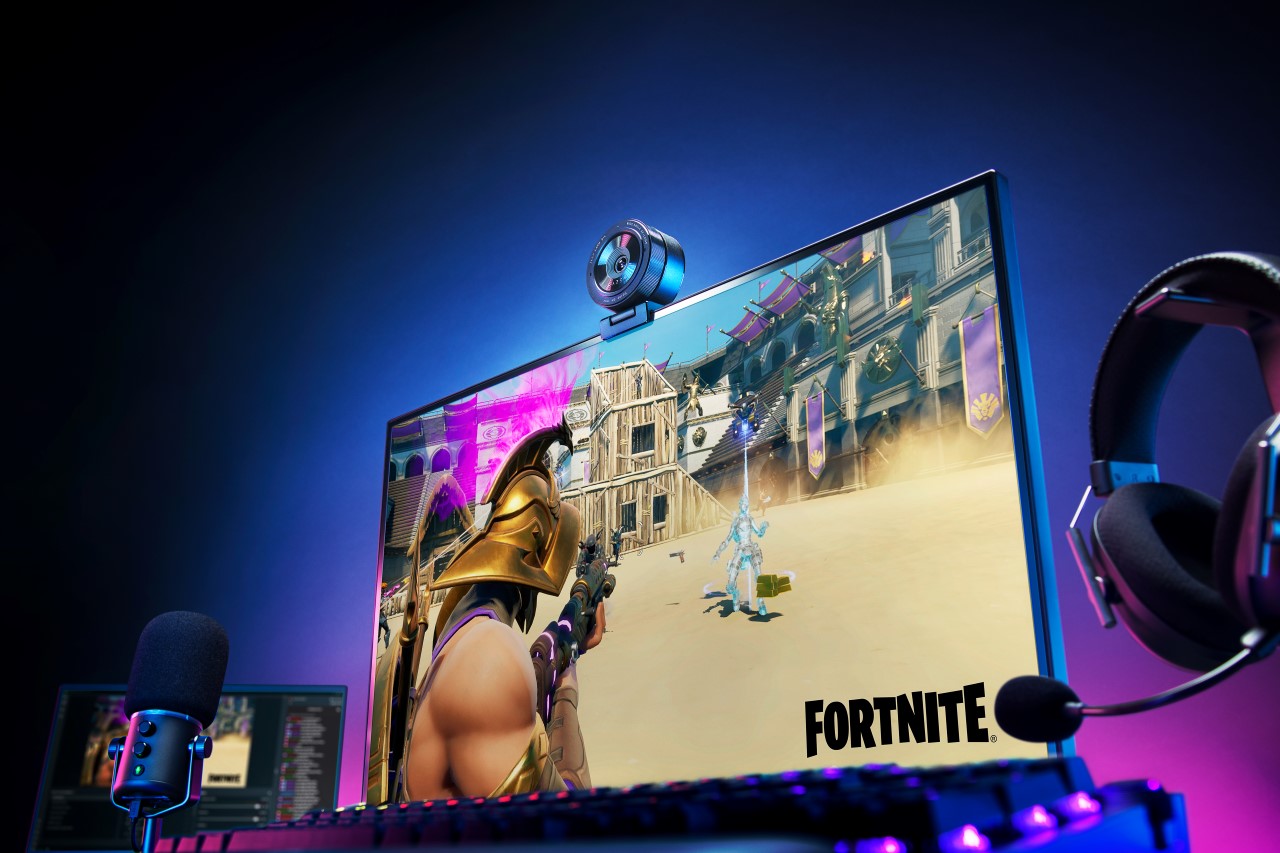 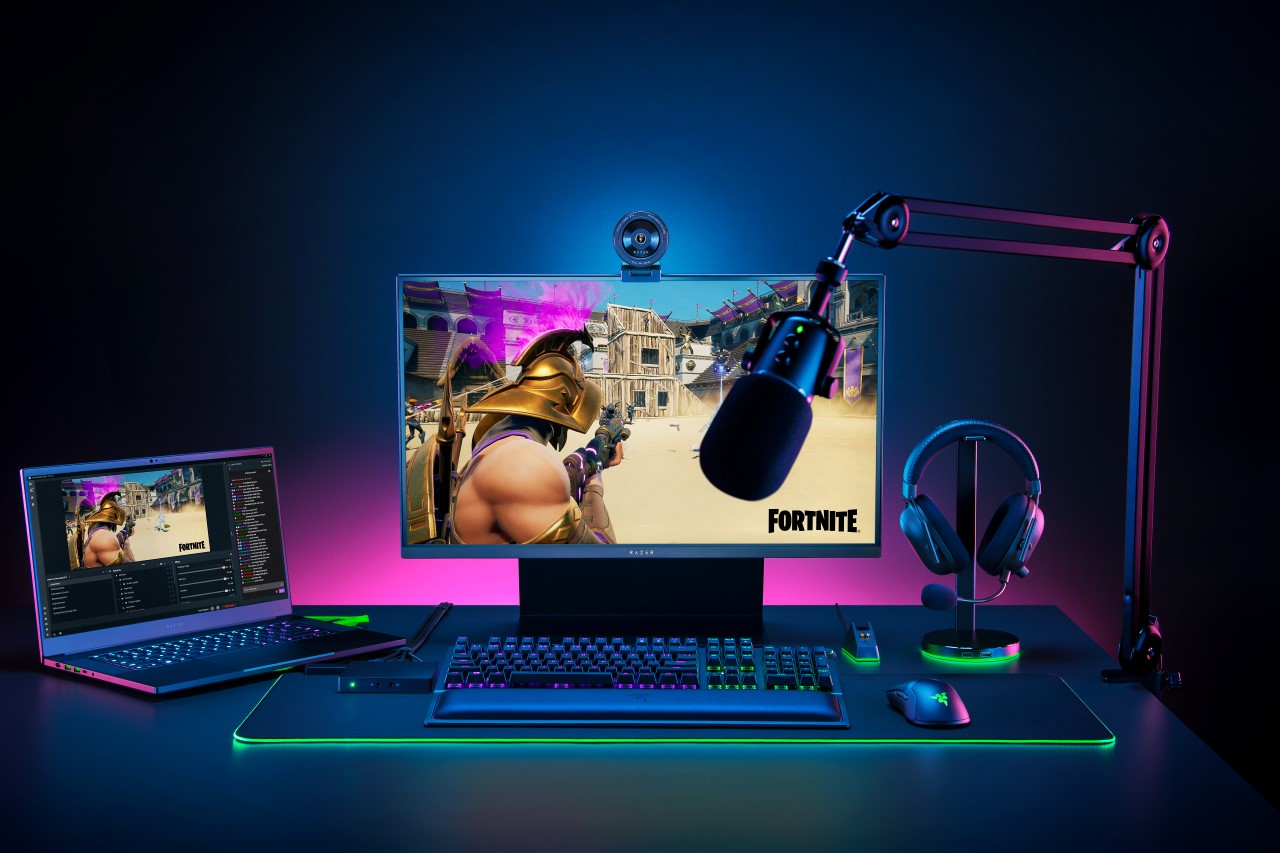 A magnetically-attaching privacy guard lets you proactively cut the webcam’s video feed, giving you control over what the Kiyo Pro sees. 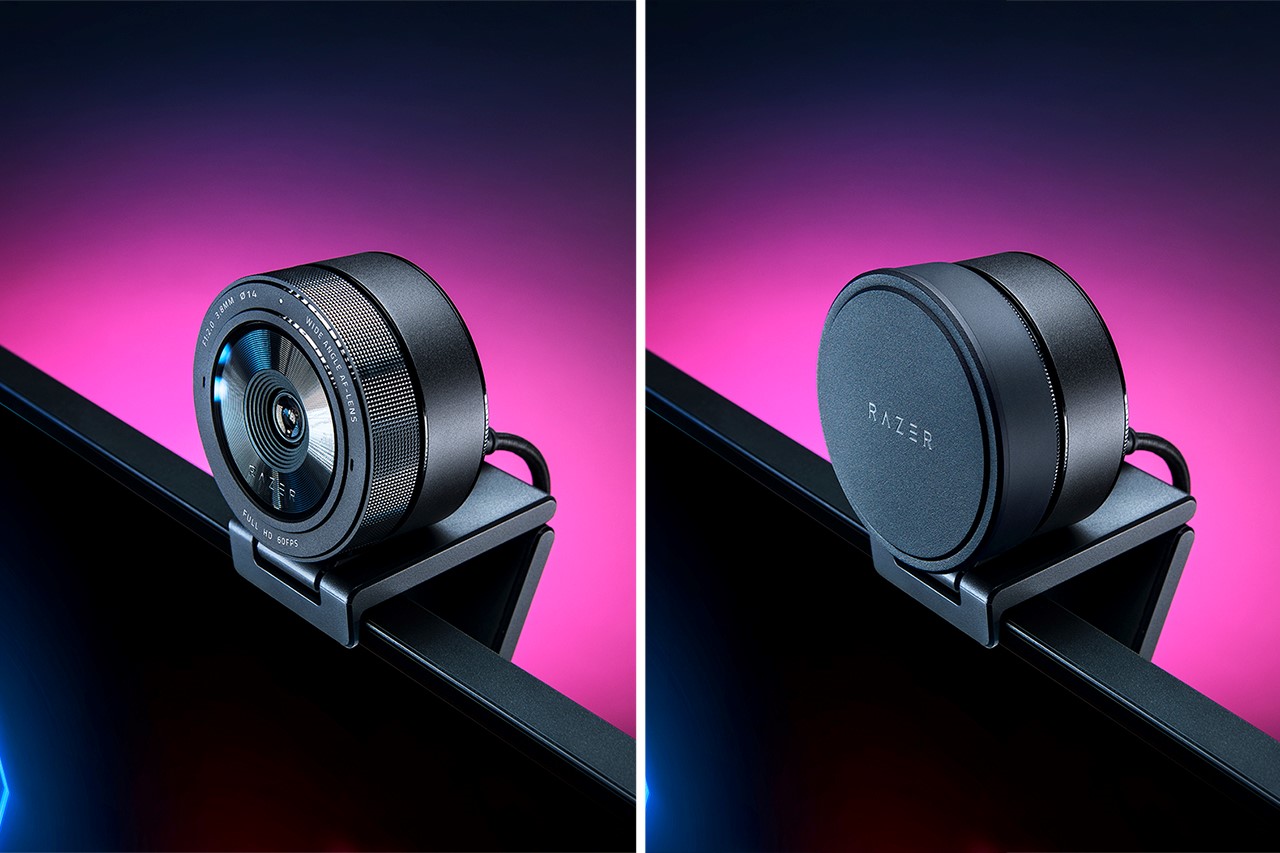 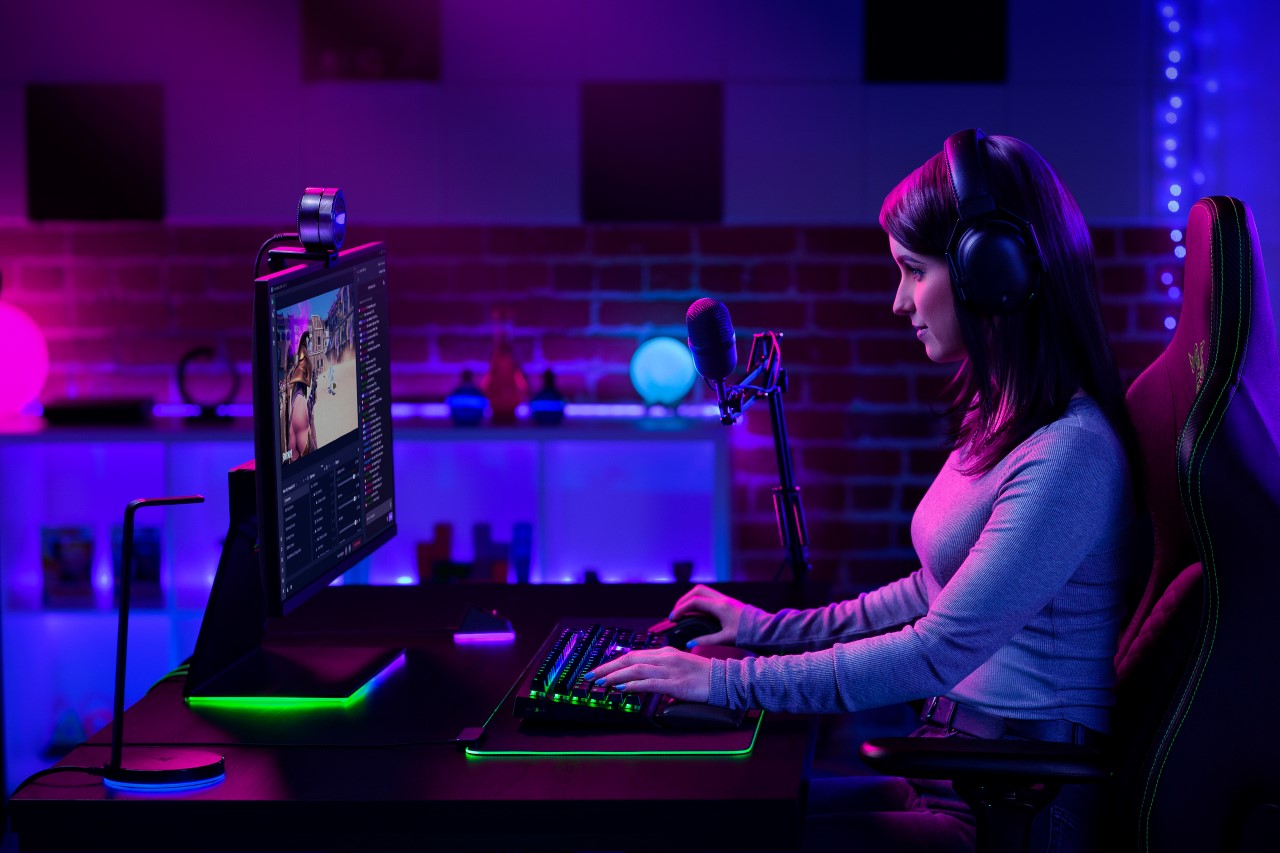 In designing a webcam that’s great for streamers, Razer ended up making a pretty versatile webcam that ranks pretty highly in all categories. With its [email protected] output, it’s perfect for streamers, YouTubers, and content creators, allowing you to pull uncompressed video footage that’s also incredibly well-lit, thanks to the massive sensor and Razer’s STARVIS technology that ensures brilliant performance in even low-light settings. However, for more average endeavors like video chats, meetings, and Zoom calls, the Kiyo Pro’s ability to adjust based on lighting and environment, and its HDR feature make it a webcam that’s about as good as the camera on your phone at presenting a balanced video feed that doesn’t look blown out or overexposed. 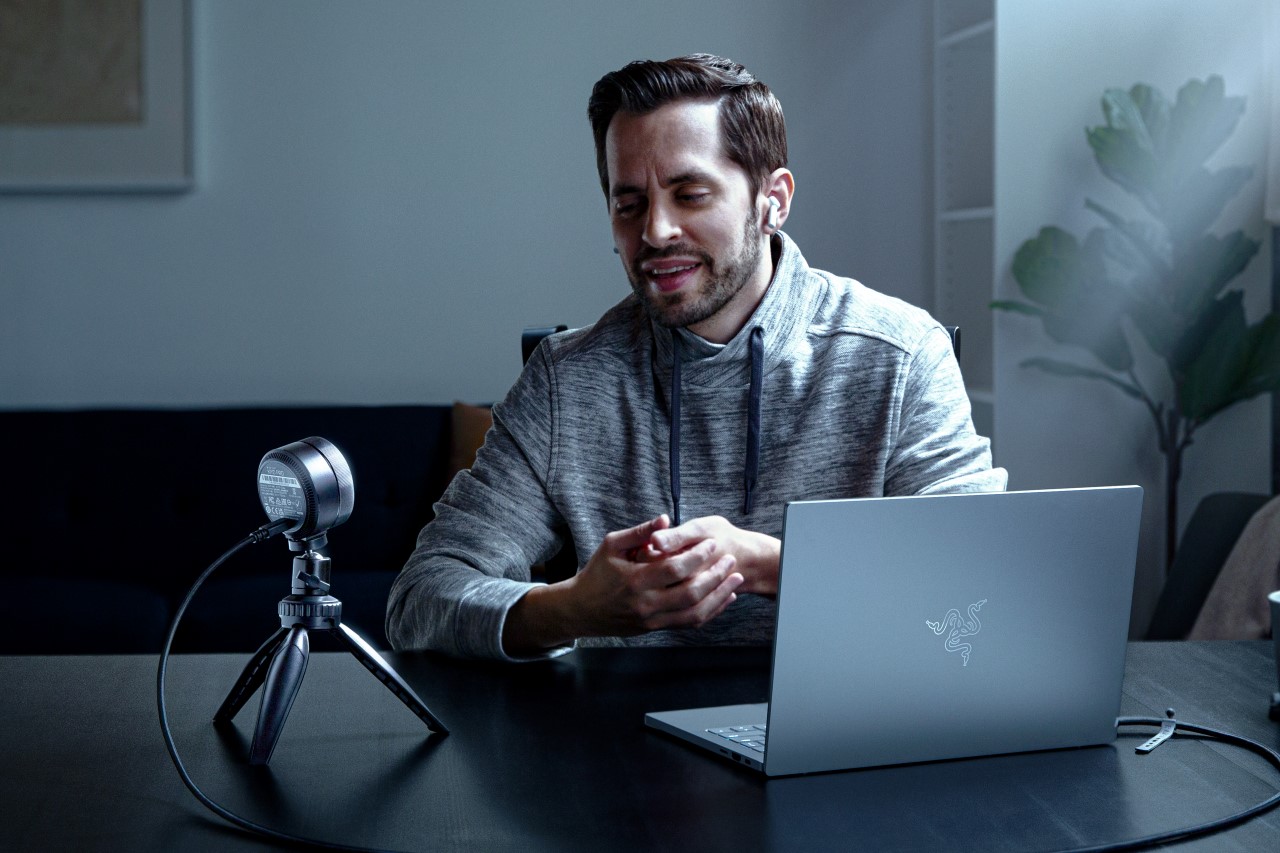 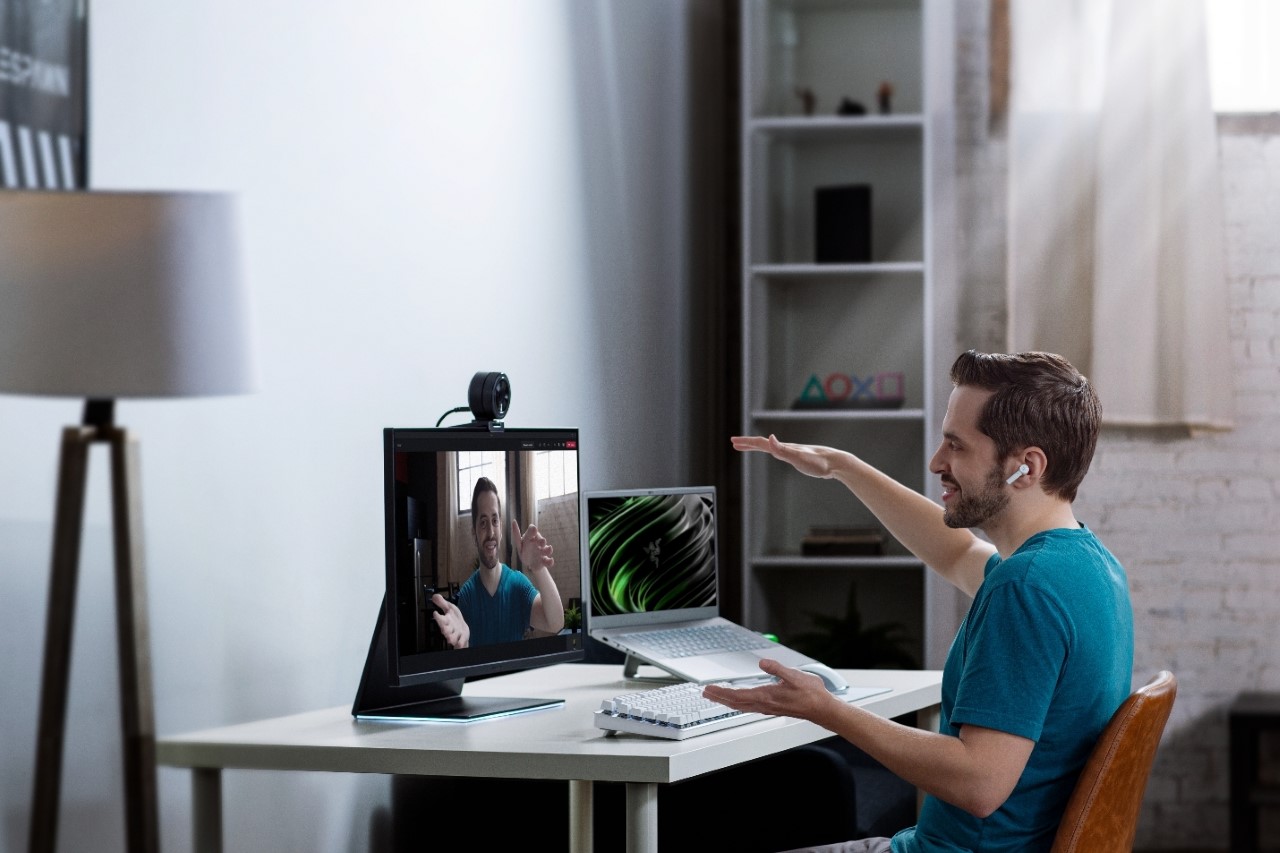 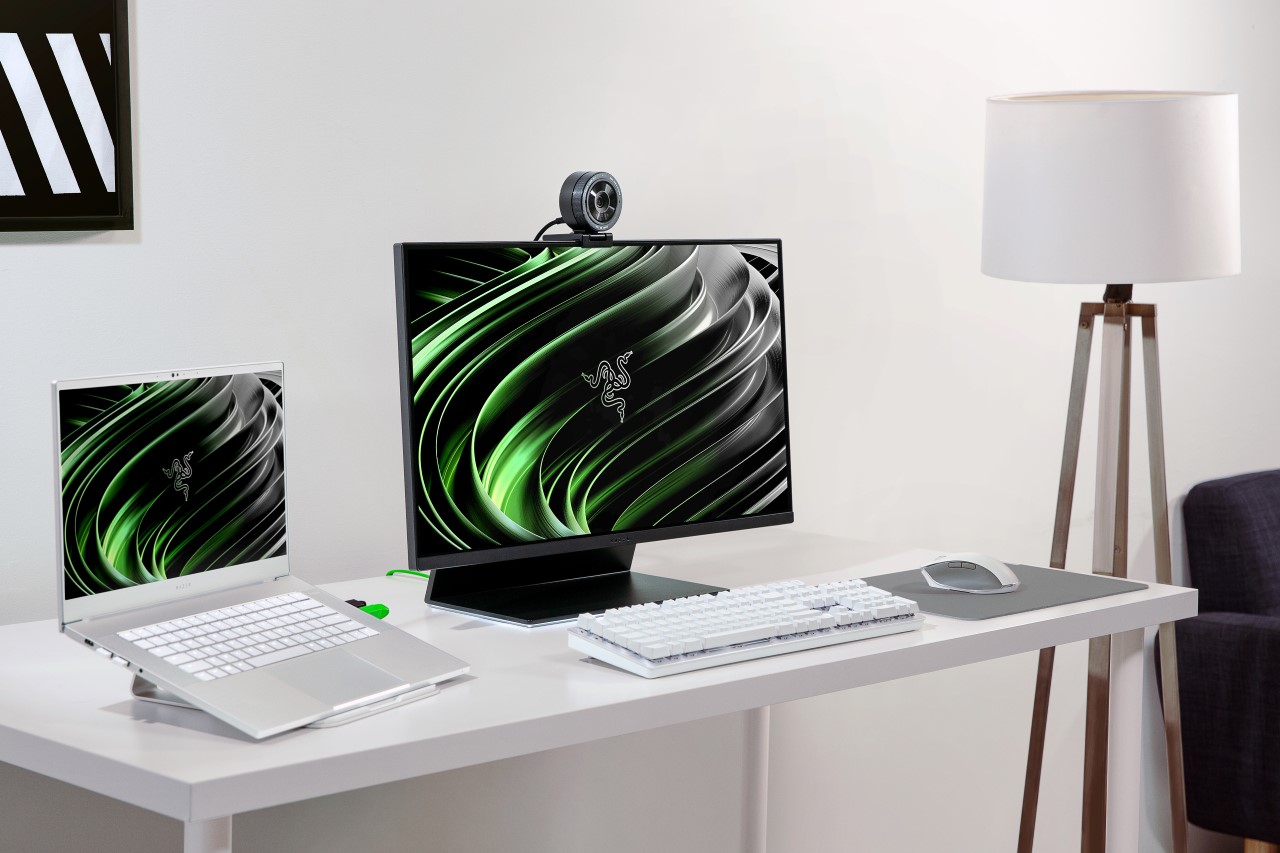 While the Razer Kiyo Pro can’t be classified within the ‘budget webcam’ category, it clearly isn’t designed to be a budget webcam. With all that’s sitting under the hood (along with the software abilities), the Kiyo Pro is clearly for professionals who are demanding when it comes to being in front of a camera. Whether you’re someone who conducts online meetings, interview, or even seminars, or a streaming enthusiast who livestreams games, or even a budding YouTuber who wants to look good on camera without spending a couple of grands on high-end recording equipment, the Razer Kiyo Pro is the most versatile and capable work-horse of a webcam you can lay your hands on. 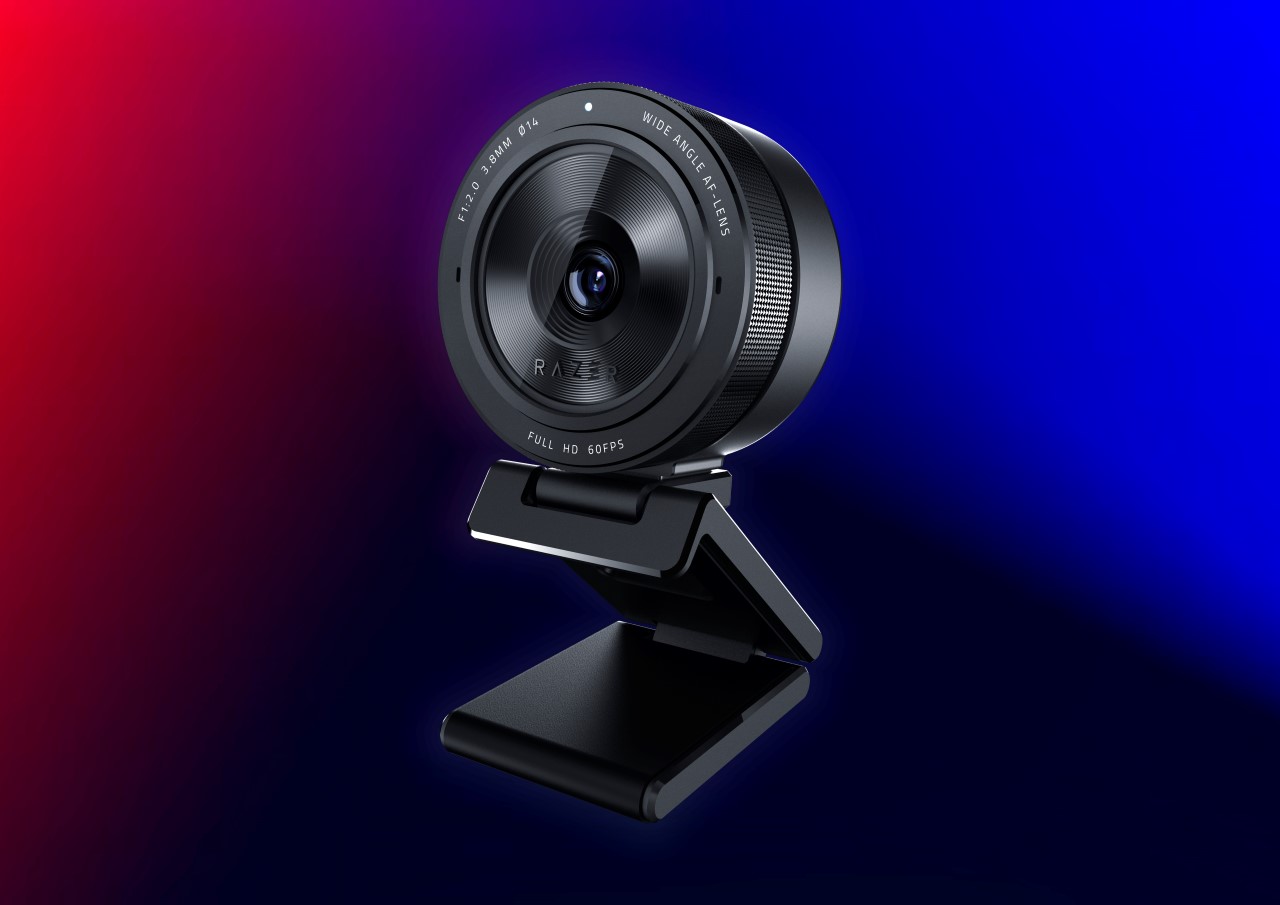 Whether we plan on eating at the office, having a meal outdoors, or sharing food at a friend’s house, we’ve all come across the joys…

A calculator is an office item that is commonly found on desks, but it spends a lot of its time not in use and simply…

The Blend watch uses color theory to tell the time

Taking the watch and mildly altering one small yet crucial detail, Rinat Aruh and Johan Liden designed the Blend Watch… a watch without traditional hands,…