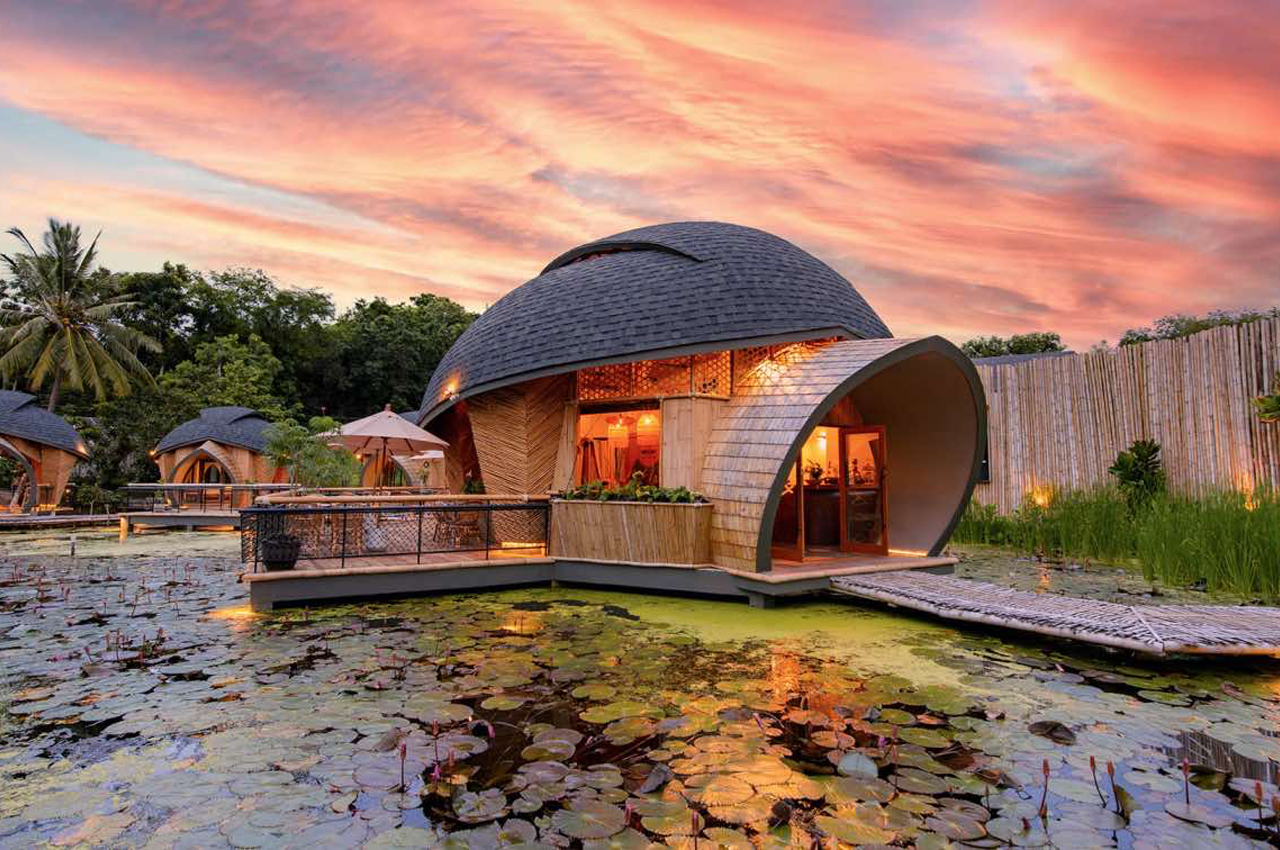 Turtle Bay is an eco-tourist destination in Thailand’s Hua Hin on Khao Tao Reservoir that combines sustainable design with local building material to home in on the hotel’s commitment to preserving the ecosystem that surrounds it.

Hua Hin, a popular seaside town in Thailand, is no stranger to turtles. In Thai folklore, turtles are known for bringing good fortune and prosperity, positioning the animal and lucky icon as a generous source of inspiration for designers and architects alike. 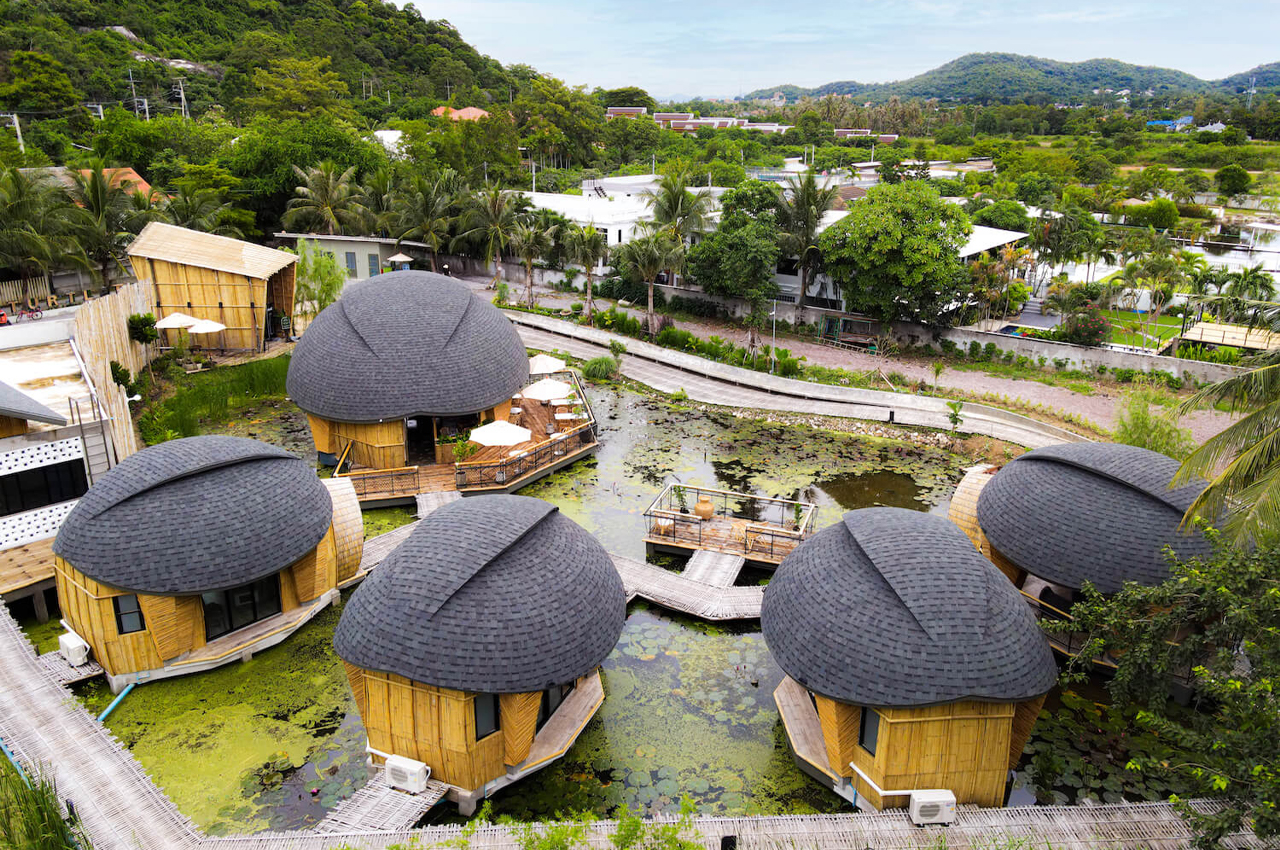 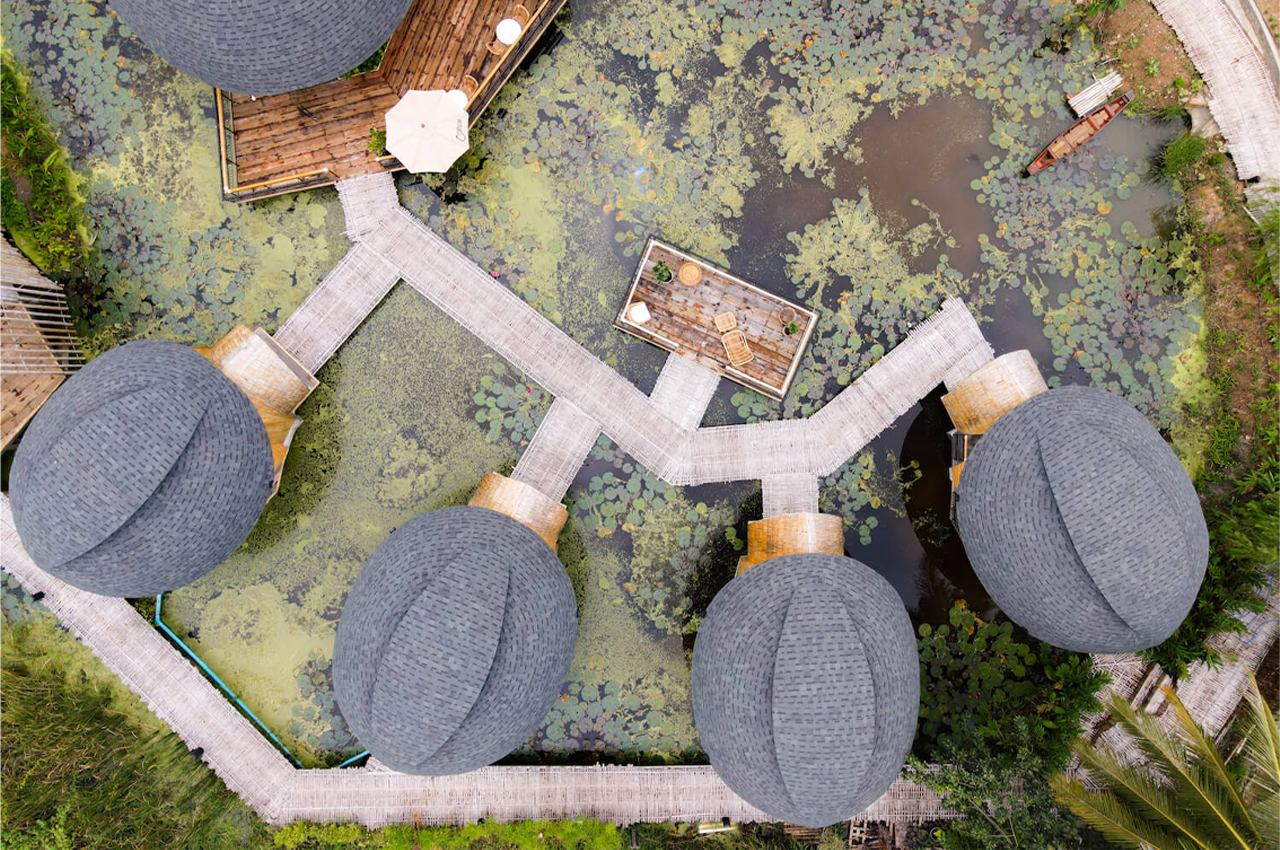 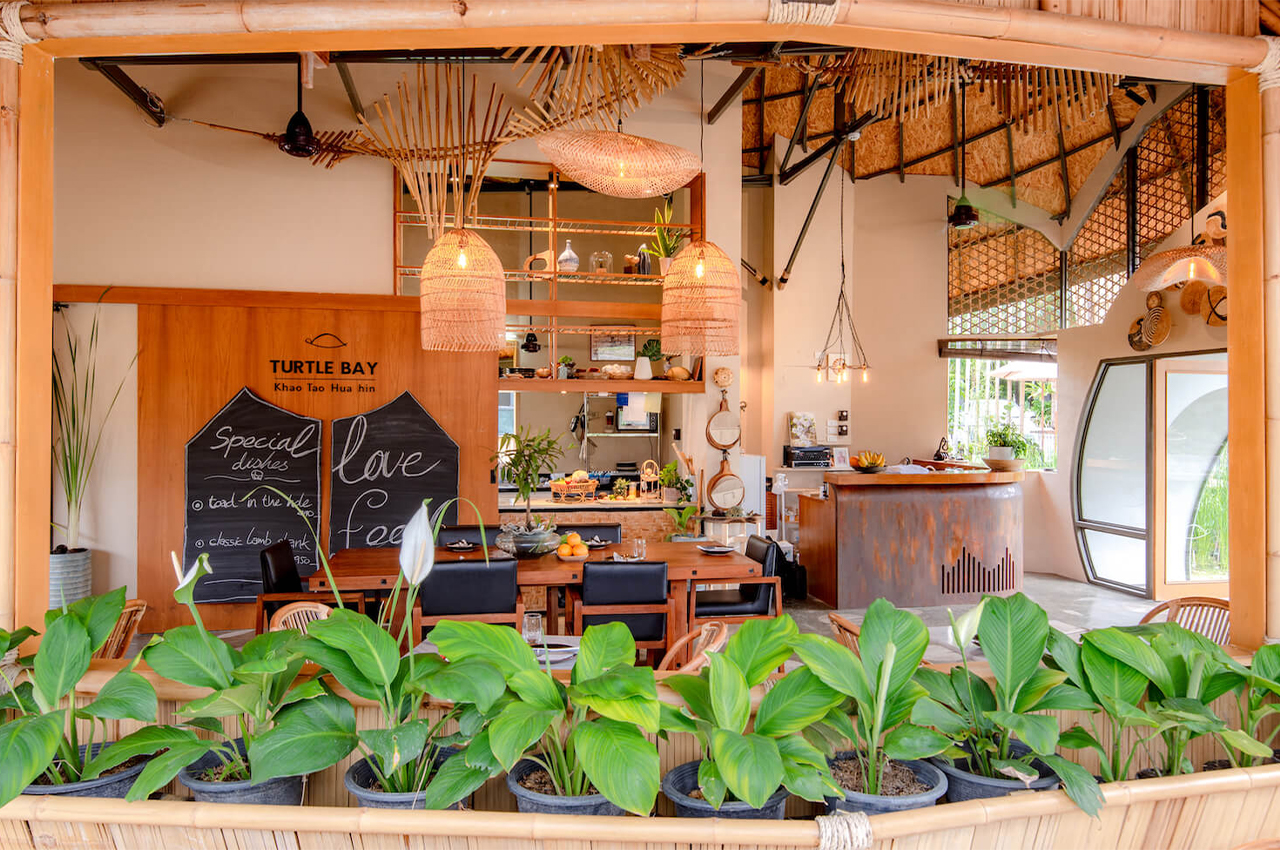 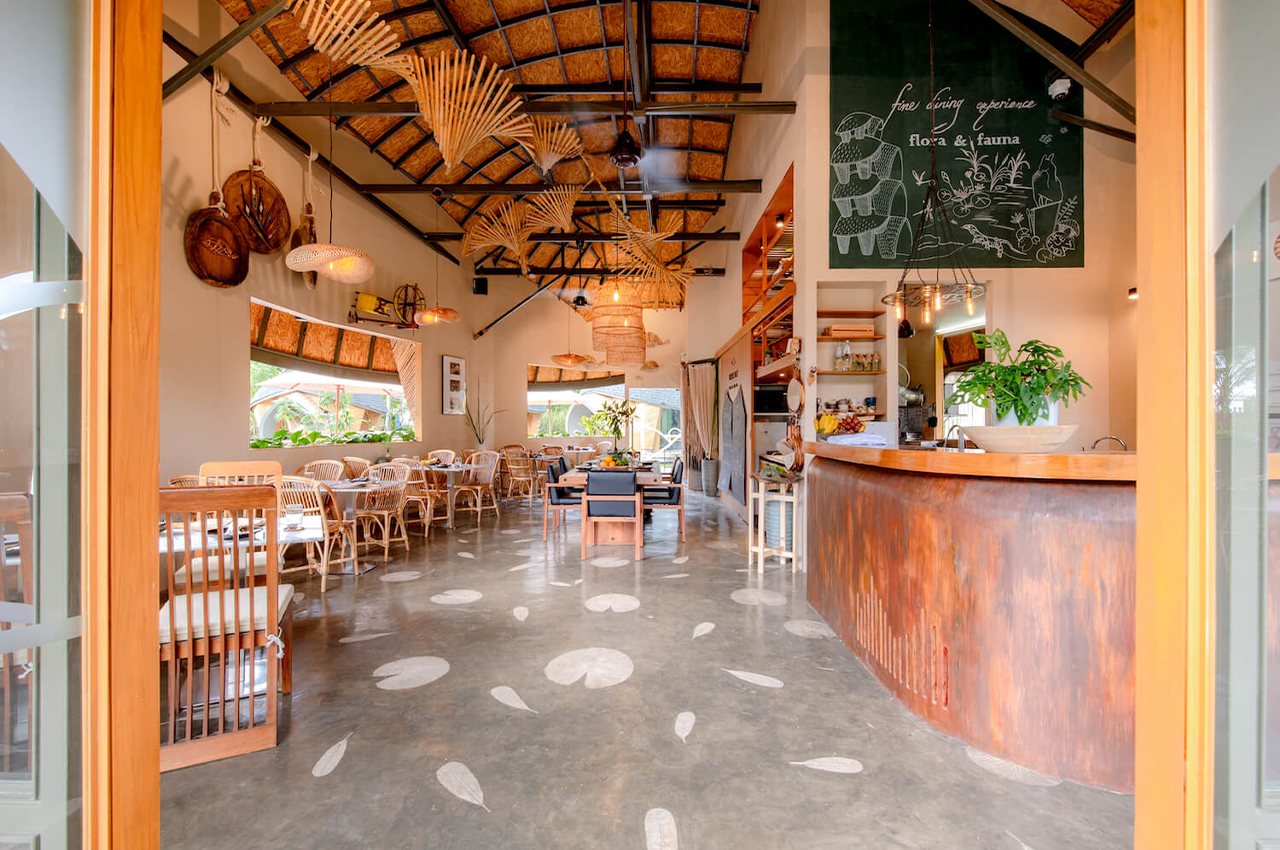 Taking up almost an acre’s worth of land, Turtle Bay is comprised of five floating bungalows that connect to one another via wooden walking ways. In Thai, Khao translates to ‘mountain,’ and Tao translates to ‘turtle.’ Finding inspiration in the reservoir’s namesake, Jansaeng-Aram designed each bungalow to appear like oversized bamboo turtles. 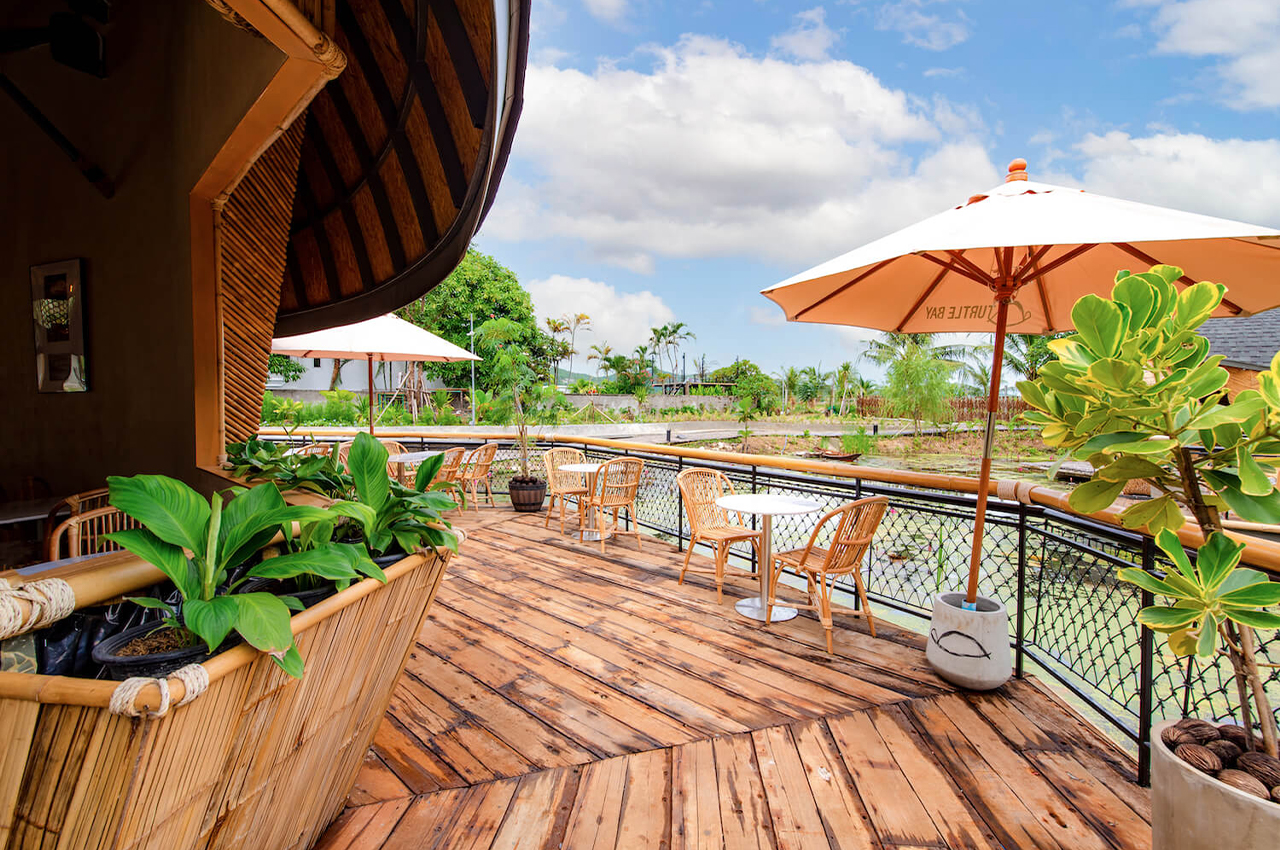 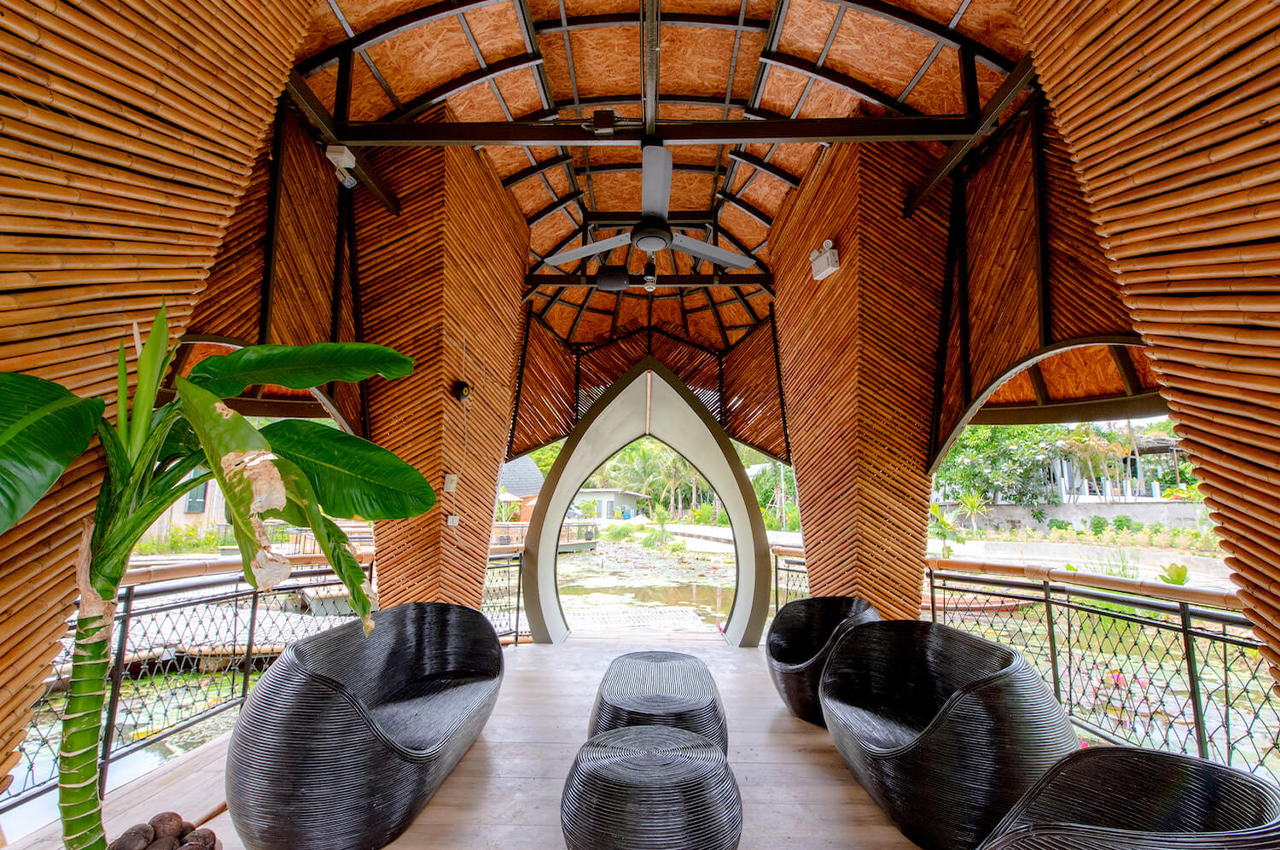 Leaning into the shingle-like shell of turtles, Jansaeng-Aram topped each bungalow with shingled roofs to bring out the stone and gravel chipped texture. Moving from the roof to the bungalow’s facade, Jansaeng-Aram turned to locally sourced bamboo building material for its flexibility and easy assembly process that doesn’t require heavy machinery. 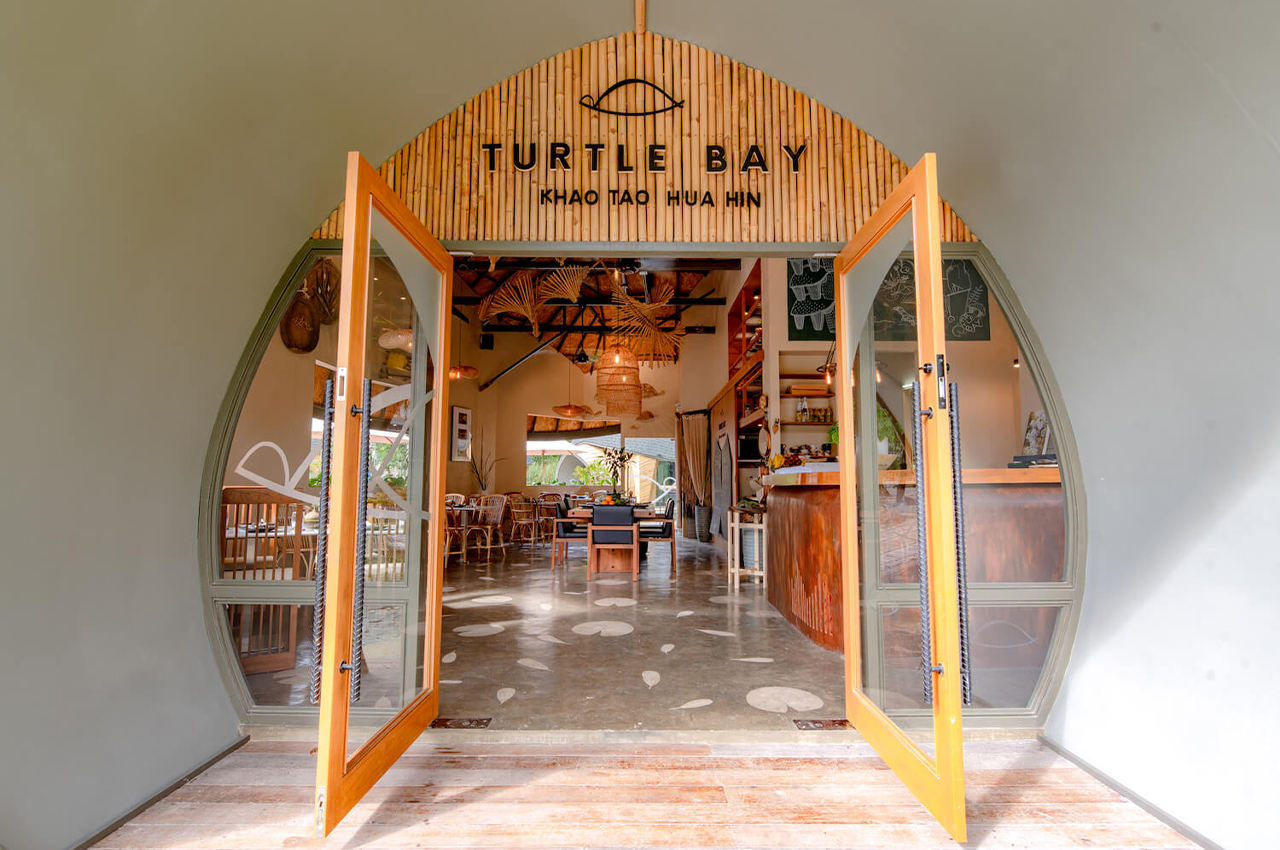 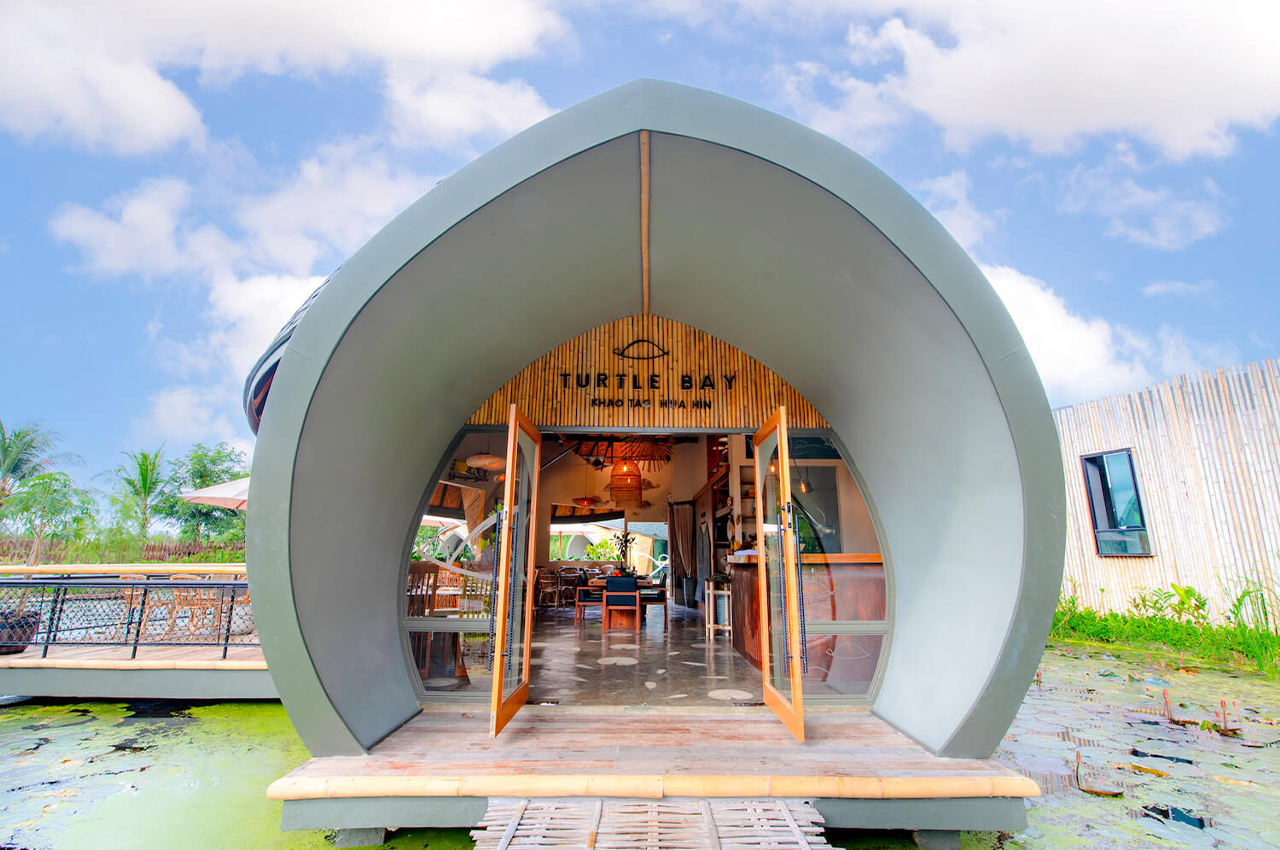 The interior of Turtle Bay bungalows finds temperate conditions from a local building secret. “Poon Tum” is a locally sourced and sustainable building method trusted for its ability to maintain a moderate interior temperature. Found in the construction of ancient temples around Thailand, “Poon Tum” provides ample ventilation and long-lasting durability. 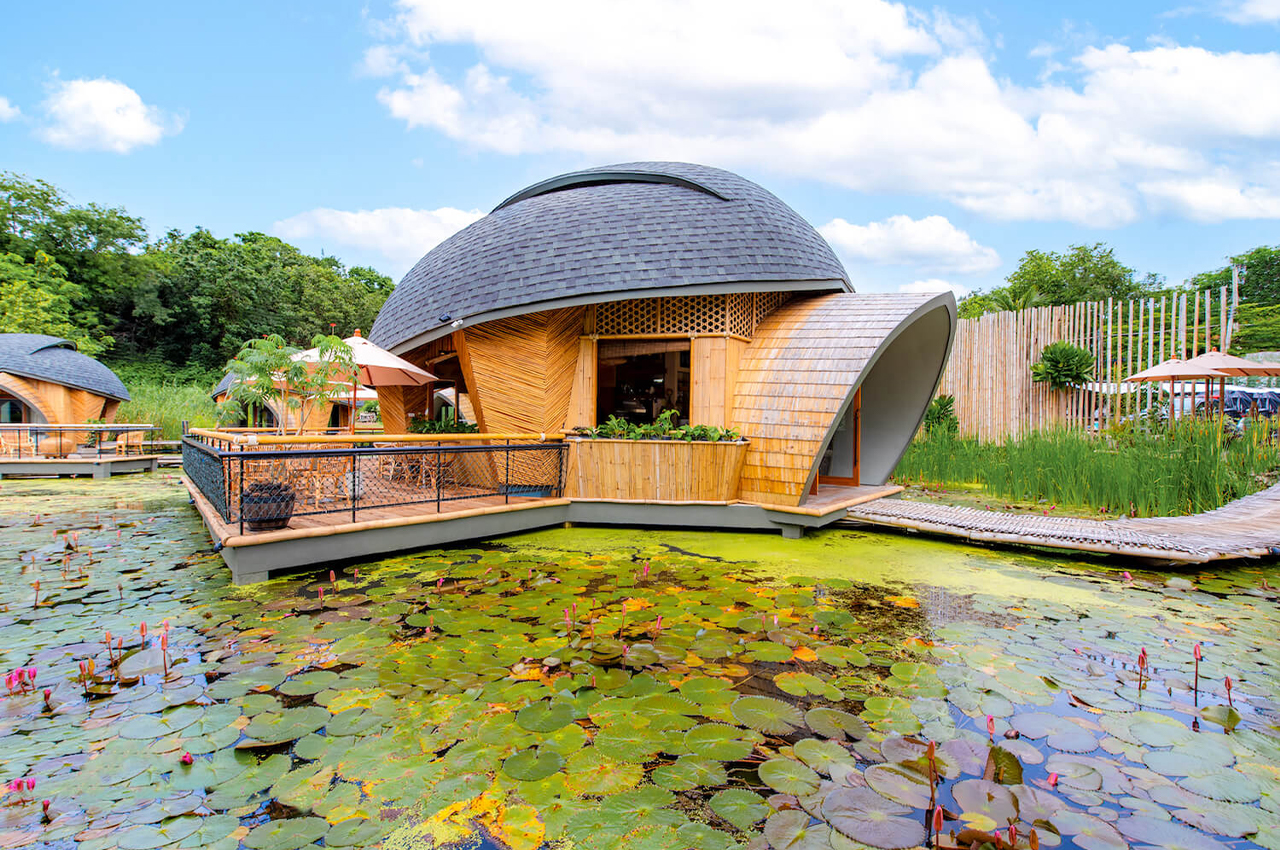 Speaking on the creative direction behind the chosen building materials, Jansaeng-Aram notes, “These ways of designing offer sustainable architectural design aspect like natural ventilation, called “Stack Effect” and extending the roof to create sun shading. Solar cell equipment [is] also used on some [roofs] where possible. The electric power generated from natural light during the daytime will be used to light up the electric-bulb during the night-time.” 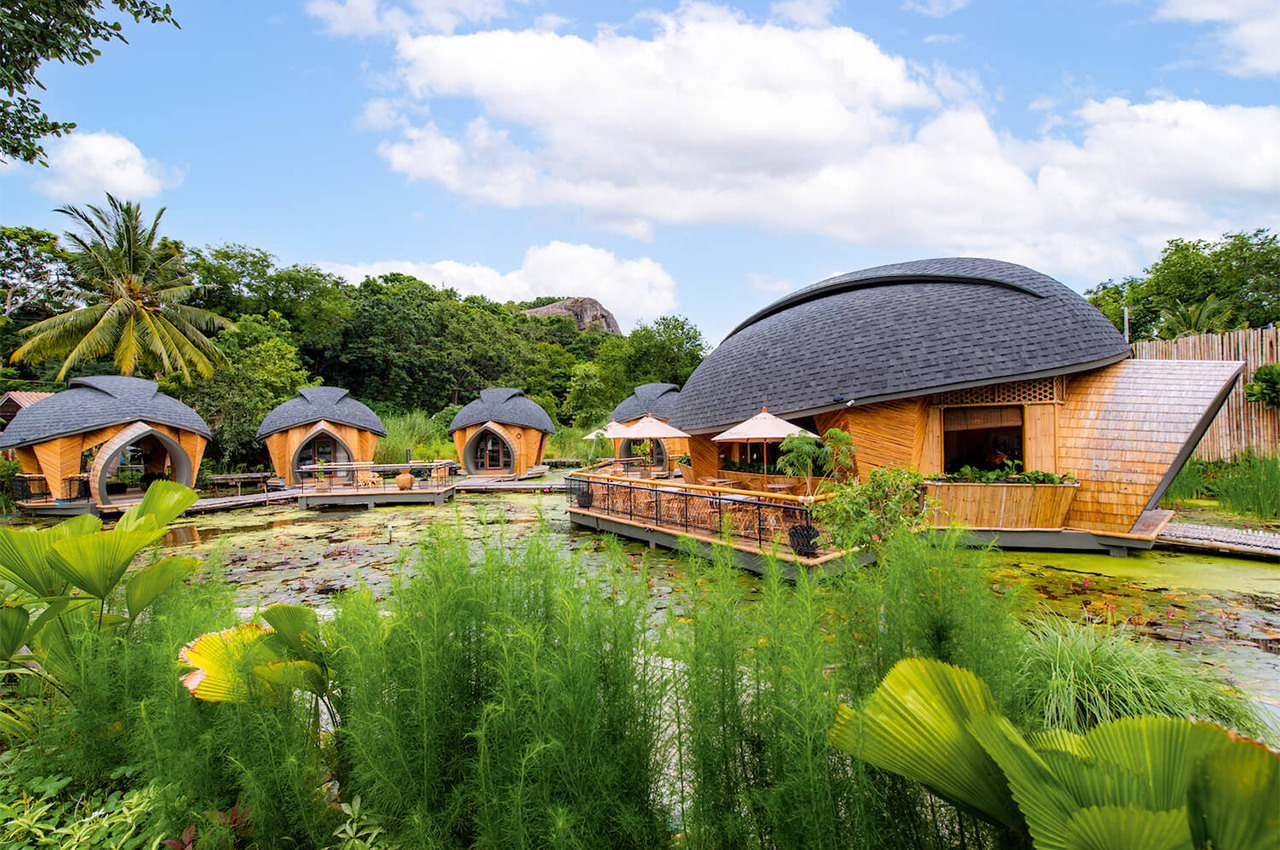 Formed from the dense carbon mesh and concrete cast, the Cube will comprise of two main components. Henn, an architecture firm based in Germany, recently…

Hotel or a Floatel?

Or maybe even a Boatel! Geddit?? Anywho… Here’s something right out of a billionaire private island getaway. TheFloating Catamaran Hotel is by far the classiest…

Circular saw blades replace the tires of this classic road bike to help it ride on ice!

Across the globe, it seems a cold front has a lot of us in its grips and cooped up indoors. No longer are we riding…