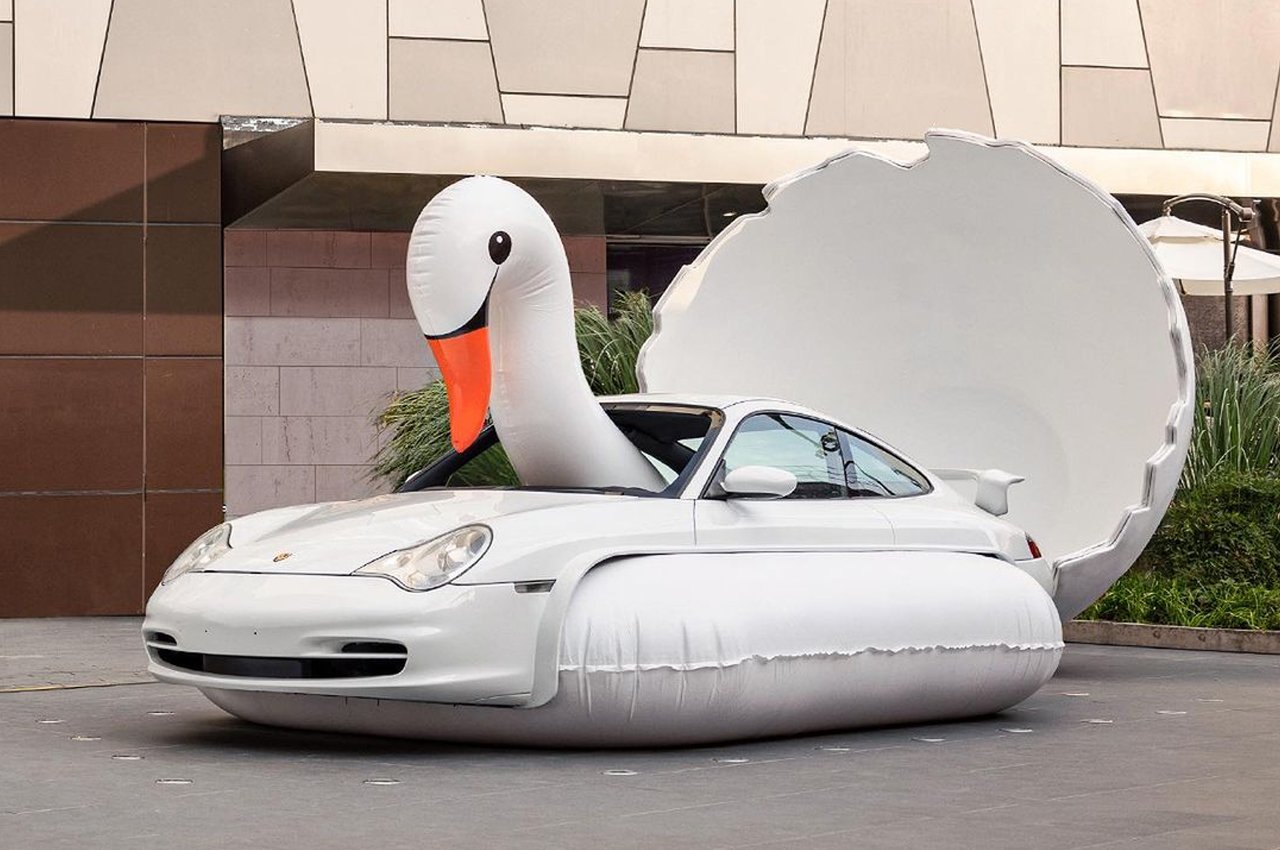 Scotland-based digital artist Chris Labrooy got the headlines for his 3D Porsche swan artwork last year’s winter, and even Porsche acknowledged the idea at that time. The Stuttgart-based automotive giant didn’t stop there and now has turned digital art into reality. The peculiar-looking Porsche Swan Art Car by Chris celebrates the German marque’s 20th anniversary in China – paying homage to the first-ever car sold in China. This surely is a strange design but if Porsche liked it, then there’s got to be more to it than apparent. 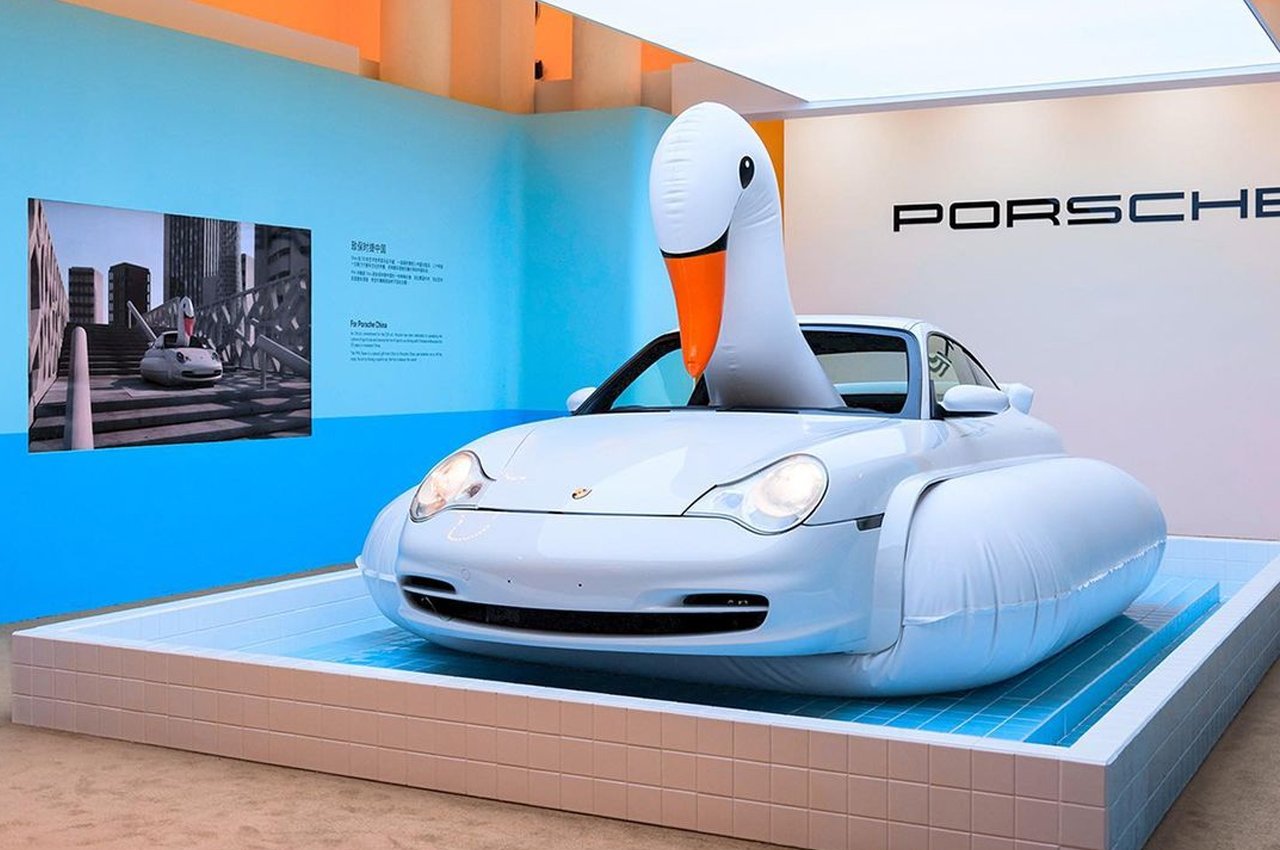 The non-drivable 996-generation Porsche will be on display across galleys and museums in the country for automotive lovers with a bend for design to appreciate. To assess it practical use, the contraption with Porsche powering the propulsion – it can take to the waters like a watercraft – if that is possible. A pretty swanky watercraft juxtaposed with the swan popping out of the windshield. According to Porsche, the creation is a “symbol for happiness” and appreciation for the 996 Porsche. While it basically is an inflatable swan with the Porsche body on top, the creation carries a lot of significance for the Chinese sentiments. 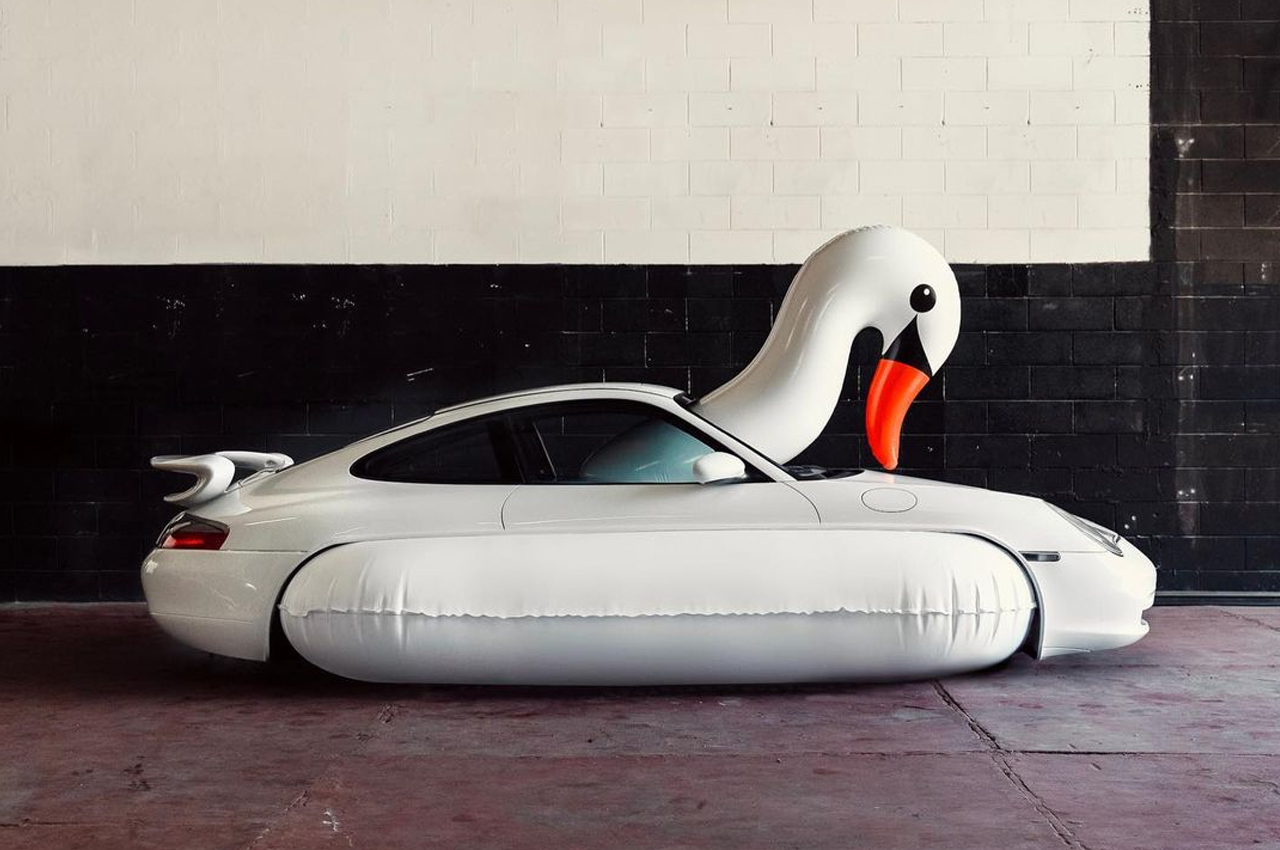 Chris always has been an automotive buff since his childhood and he admitted: “he’d play with them and draw then, then drive them in computer games.” In his young years, the automotive designer was obsessed with car designs and his spark ignited when he watched an episode on Top Gear centered on the Royal College of Art. That motivated him to go and study car design at the prestigious institute. 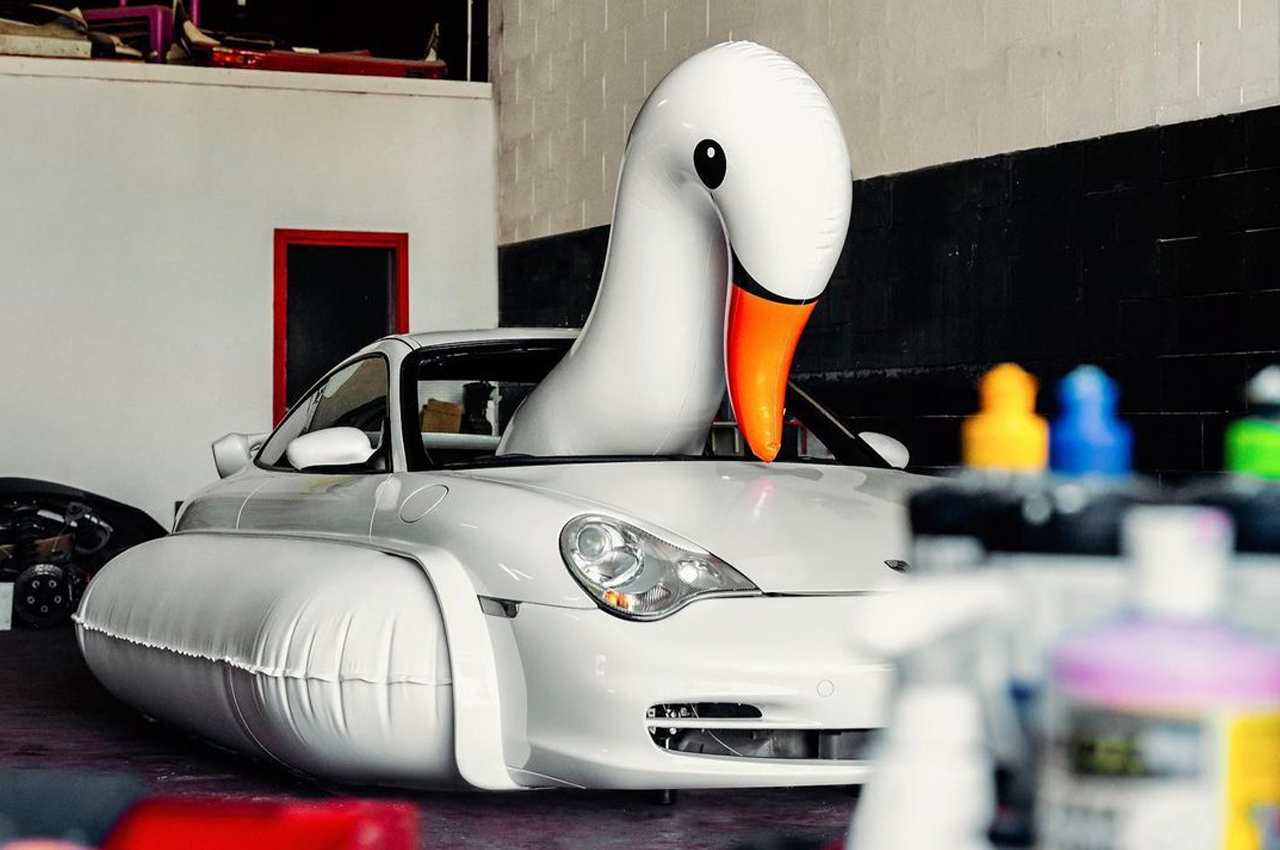 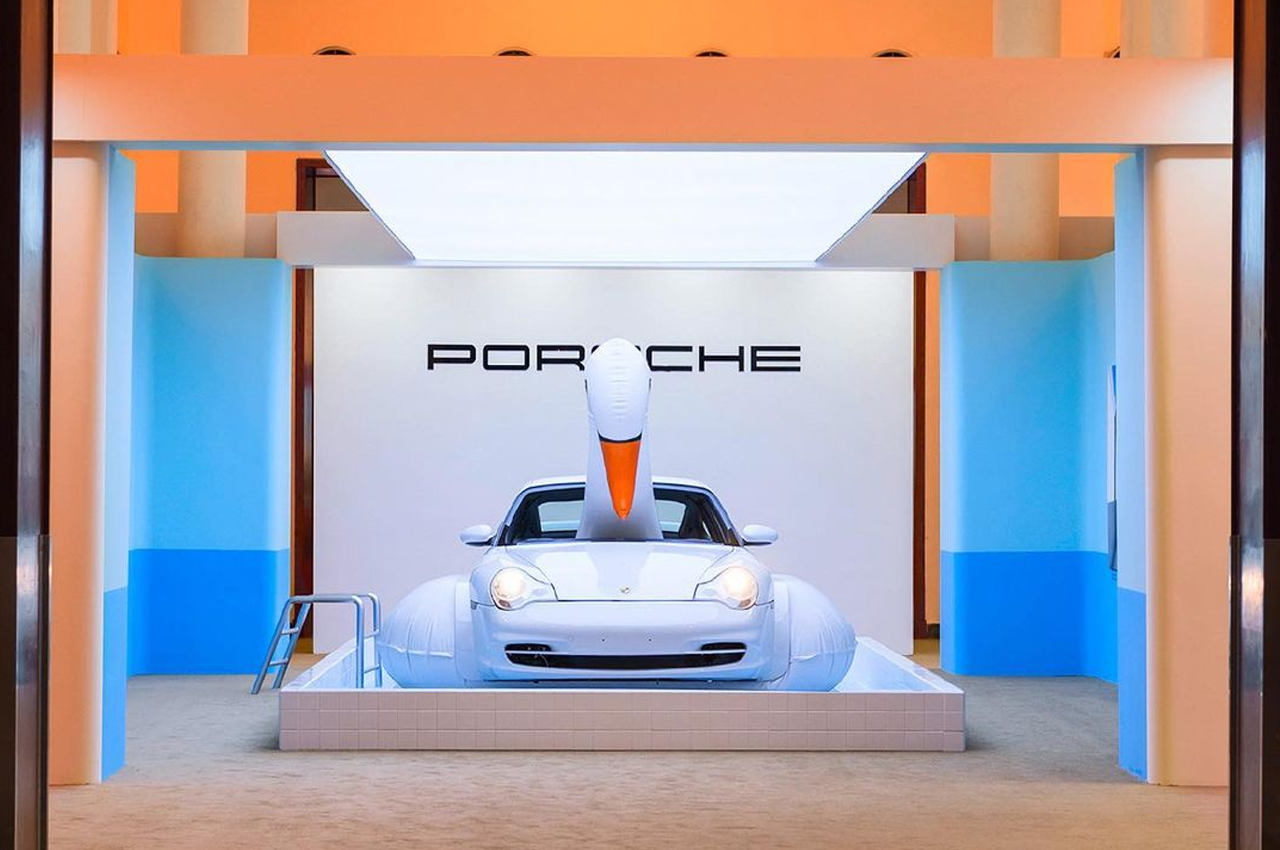 Coming on to the one-off Porsche swan car here, you’re most likely not going to see another one created anytime soon. That said, the original artwork by the designer can be bought for a starting price tag of $176. Anyways, it gives us the perfect opportunity to go a bit off-beat and give you all a refreshing change from the usual designs that serve some inherent purpose. 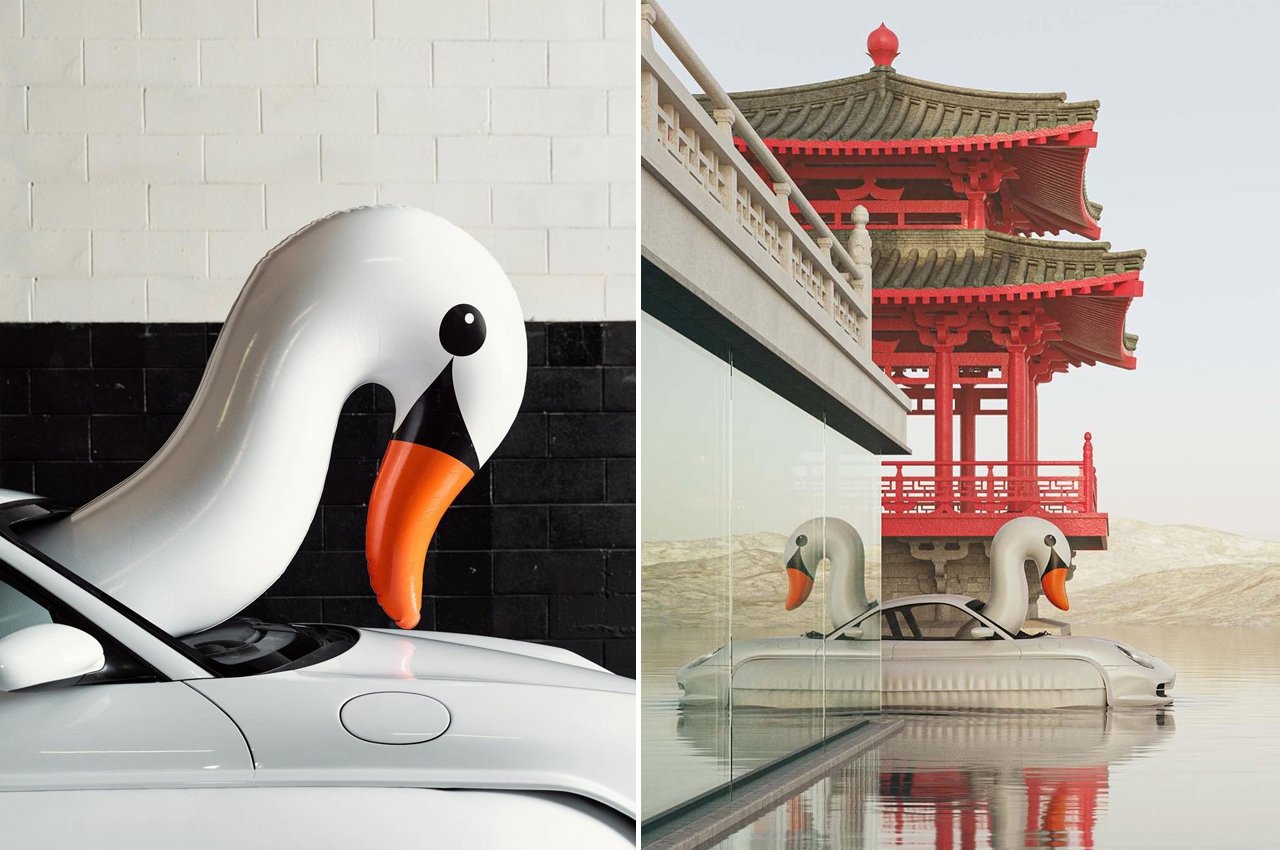 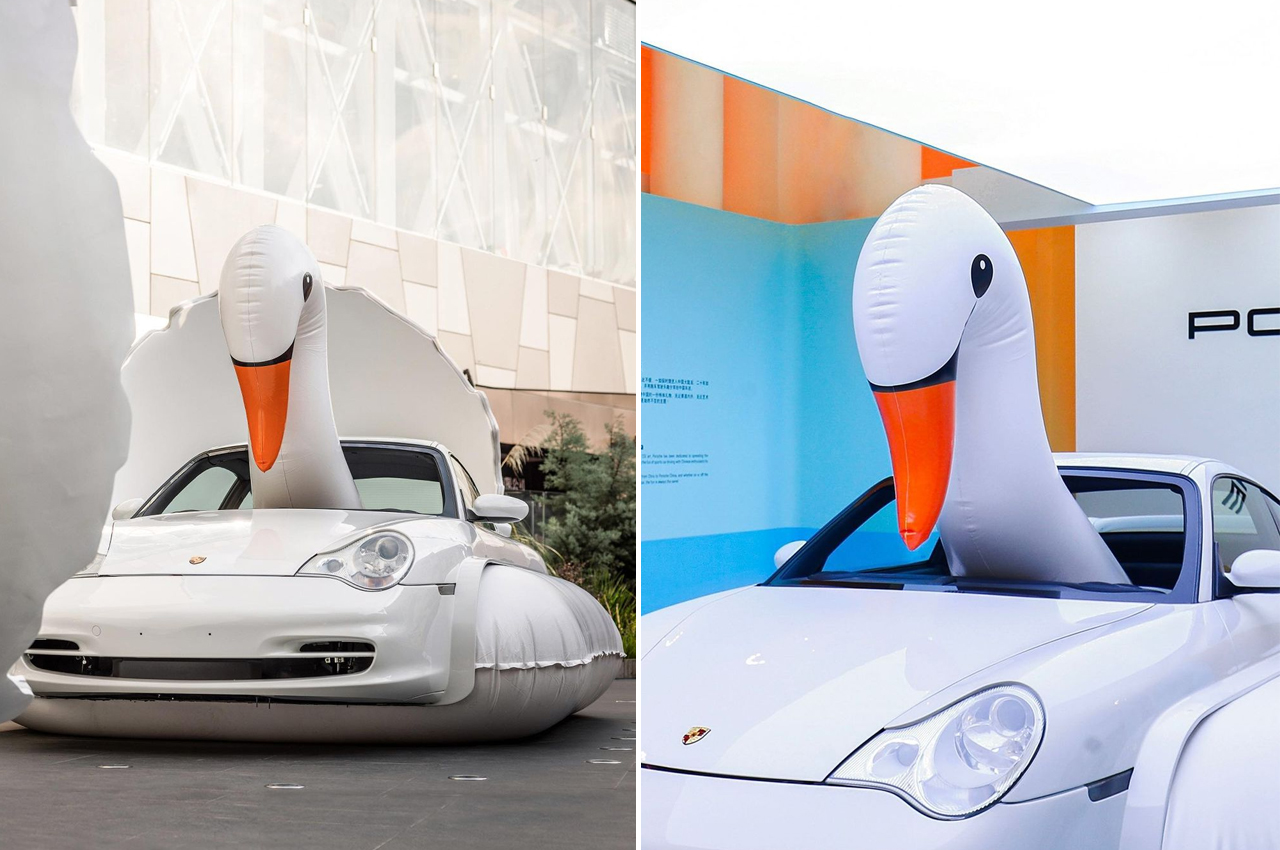 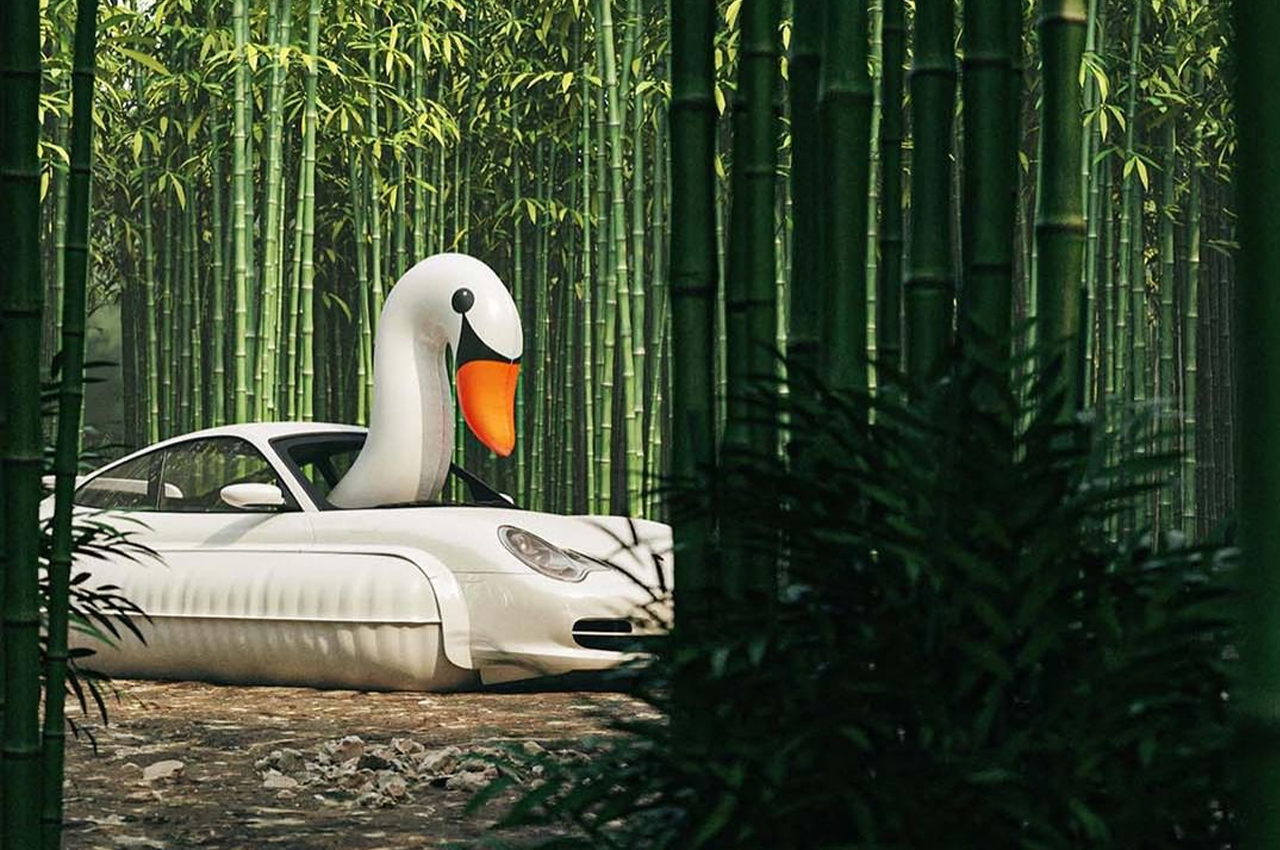 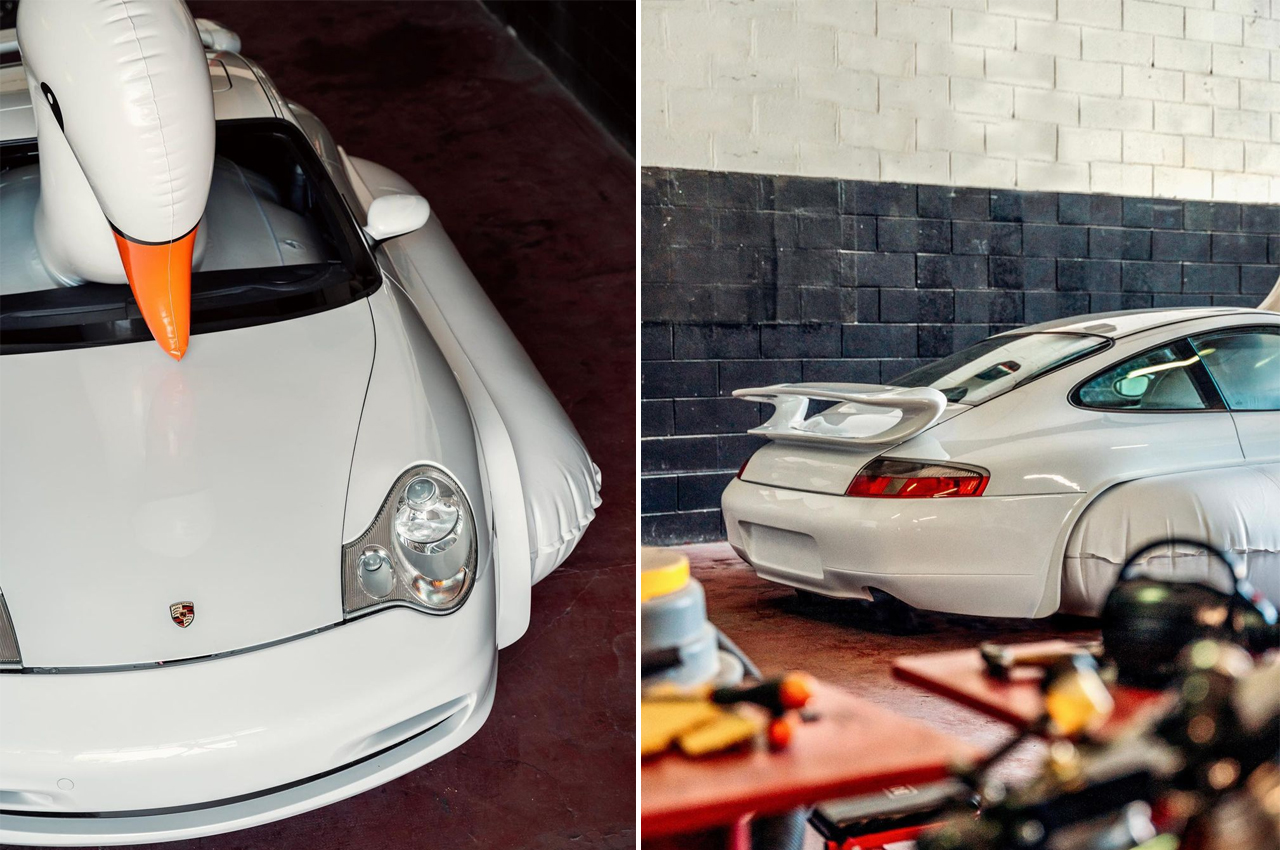 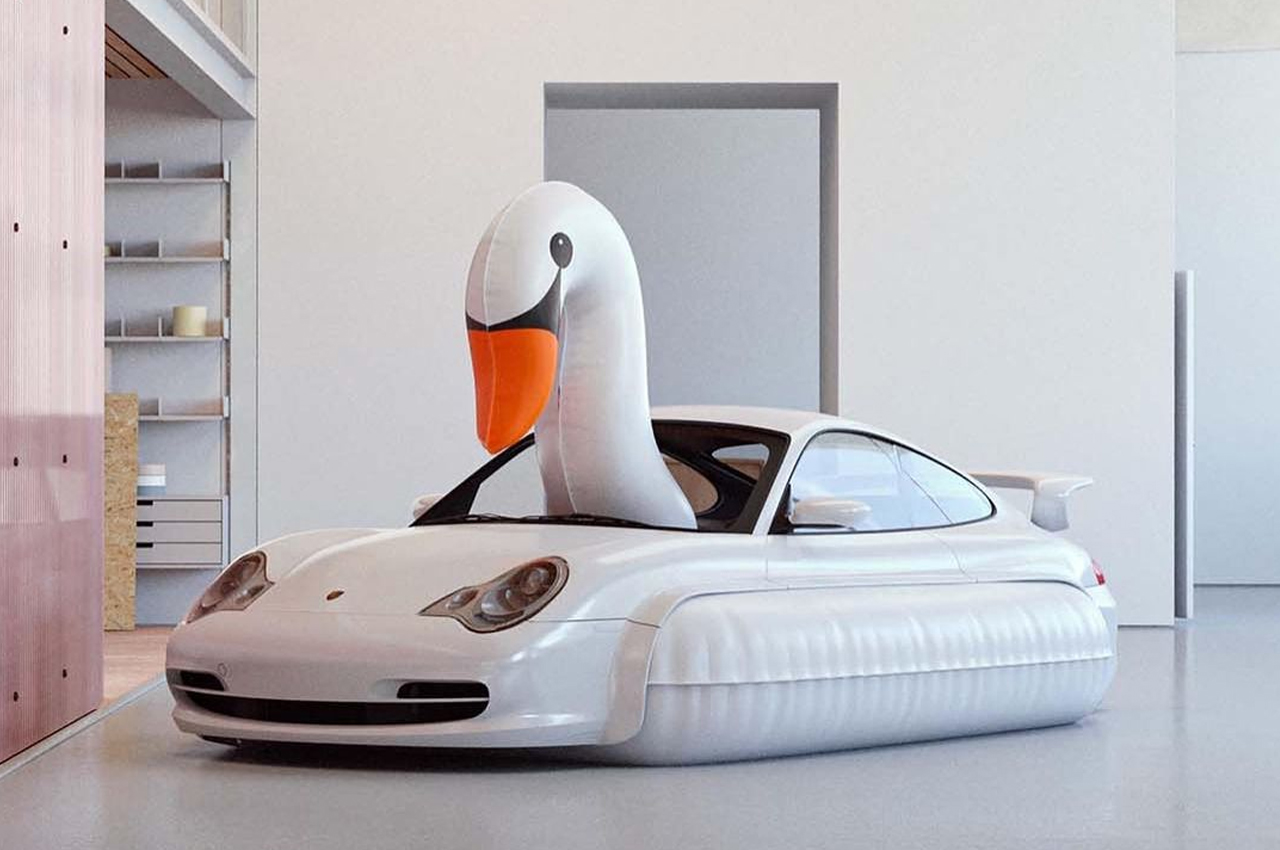 The SC18 comes from Lamborghini’s Squadra Corse division, which literally translates to “racing team”. This car isn’t meant for streets, it’s meant for tracks, and…

Pratt Student Nick Foley has designed the Etta as a new-age urban commuter bicycle that is safer, more convenient, and more accessible to non-cyclists than…

Lamborghini supercars and V12 engines have been a match made in heaven ever since the 350 GT was introduced in 1963. Now, after almost six…