Popular DIY and science YouTube channel, The Q took his viewers through the process of replacing his bicycle’s traditional rubber tires with a set of airless ones put together with an old PVC pipe and some nuts and bolts.

We’ve seen airless tires on construction vehicles, like backhoes and skid steers, and smaller vehicles like golf carts and lawnmowers. No one wants a flat tire while mowing the lawn or playing golf and the chance for a flat tire is far higher in places like construction zones and building demolition sites. It makes sense that some vehicles prioritize airless tires and some don’t, but what about bicycles? 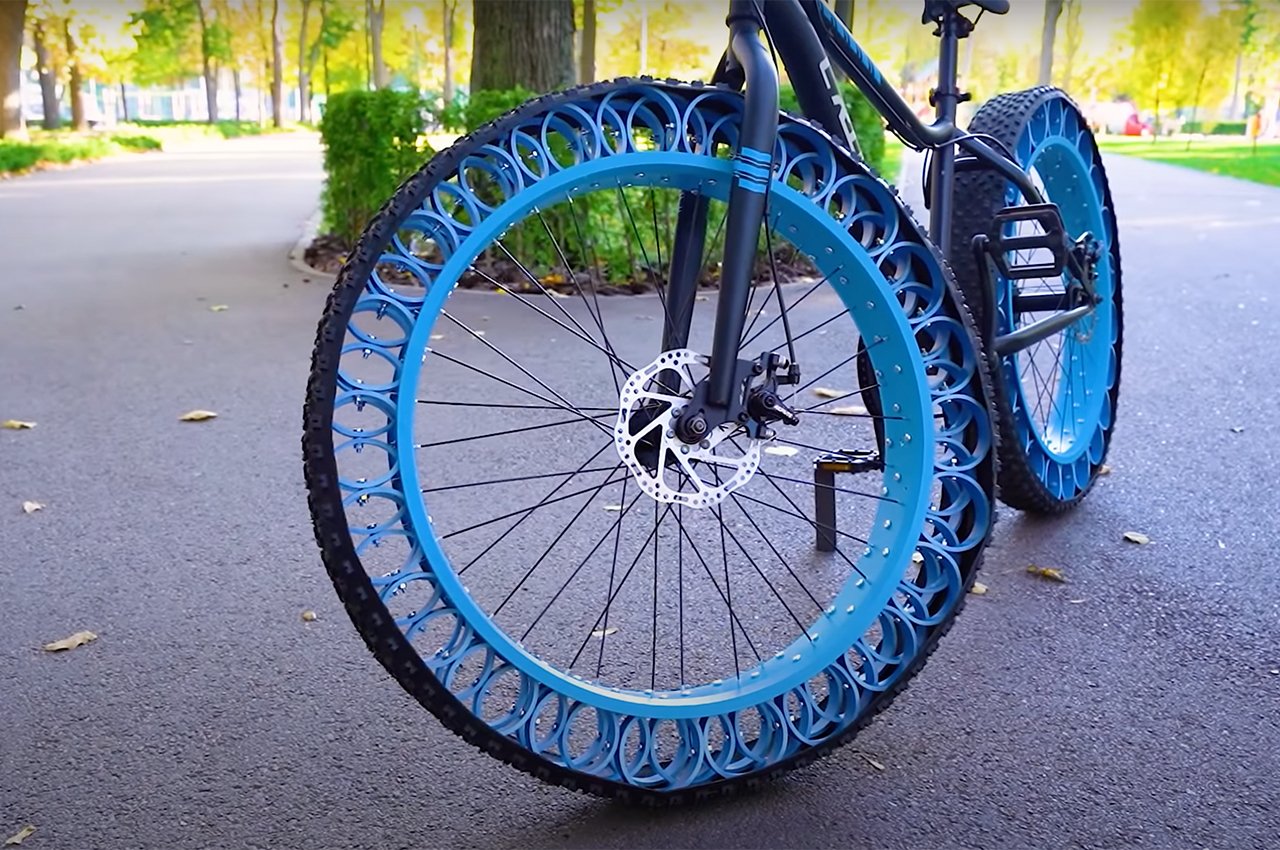 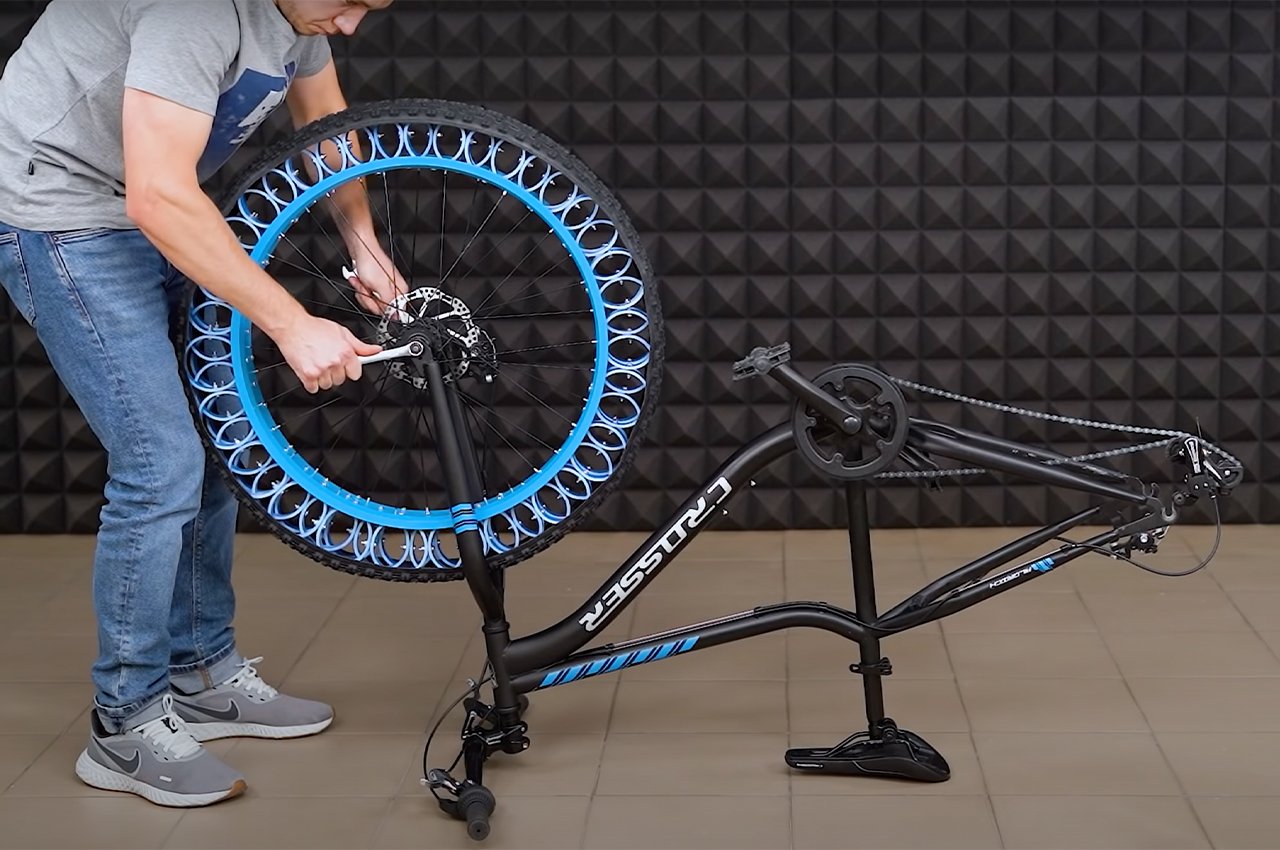 The Q, popular science and DIY YouTube channel, asked the same question and looked no further than an old PVC pipe and some nuts and bolts to answer it. Before constructing his airless tires, The Q was sure to pick a PVC pipe that had enough density to support a rider and ride well on different terrain. Settling on a ½” thick PVC pipe, The Q then sliced the PVC pipe into two-inch wide rings. From there, the DIY YouTuber connected all of the rings into a single link after drilling three holes into each and joining them together with nuts and bolts. 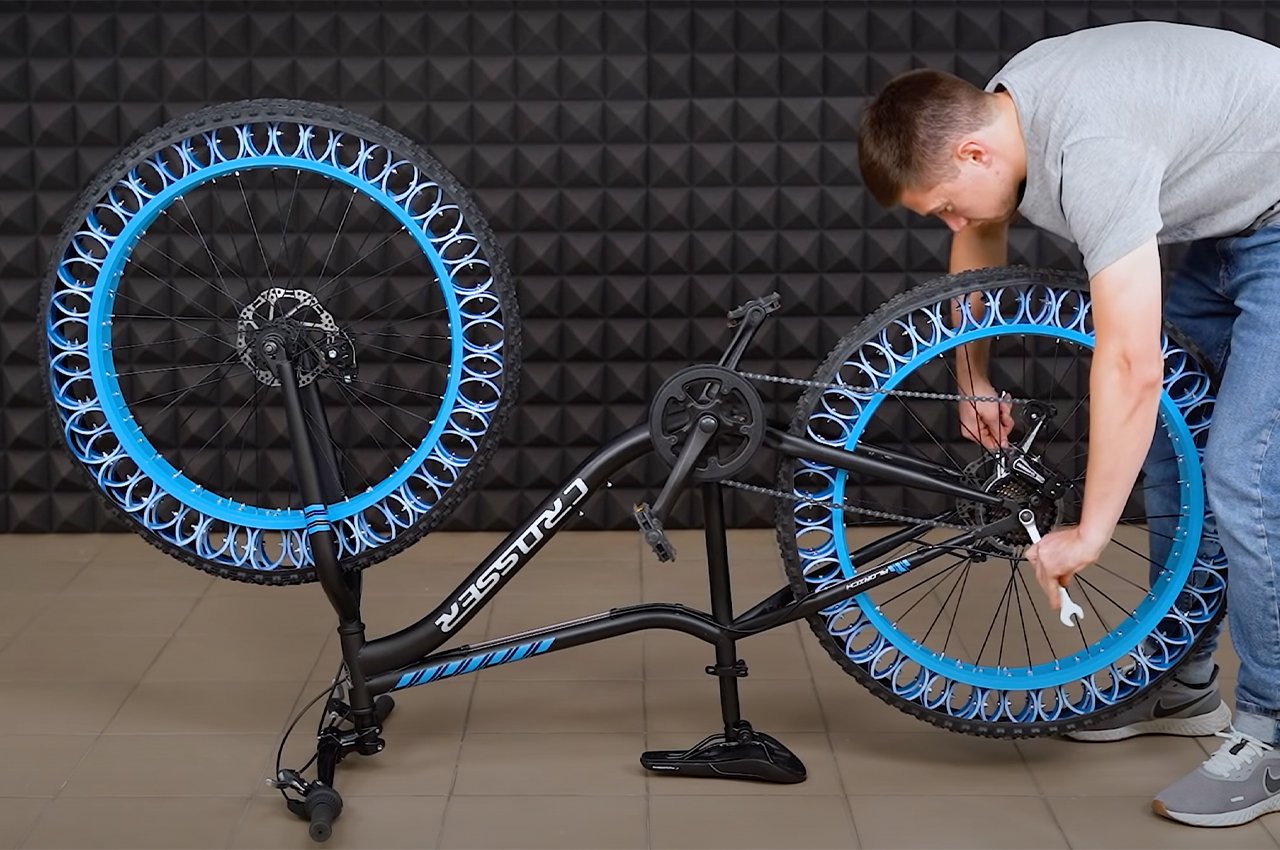 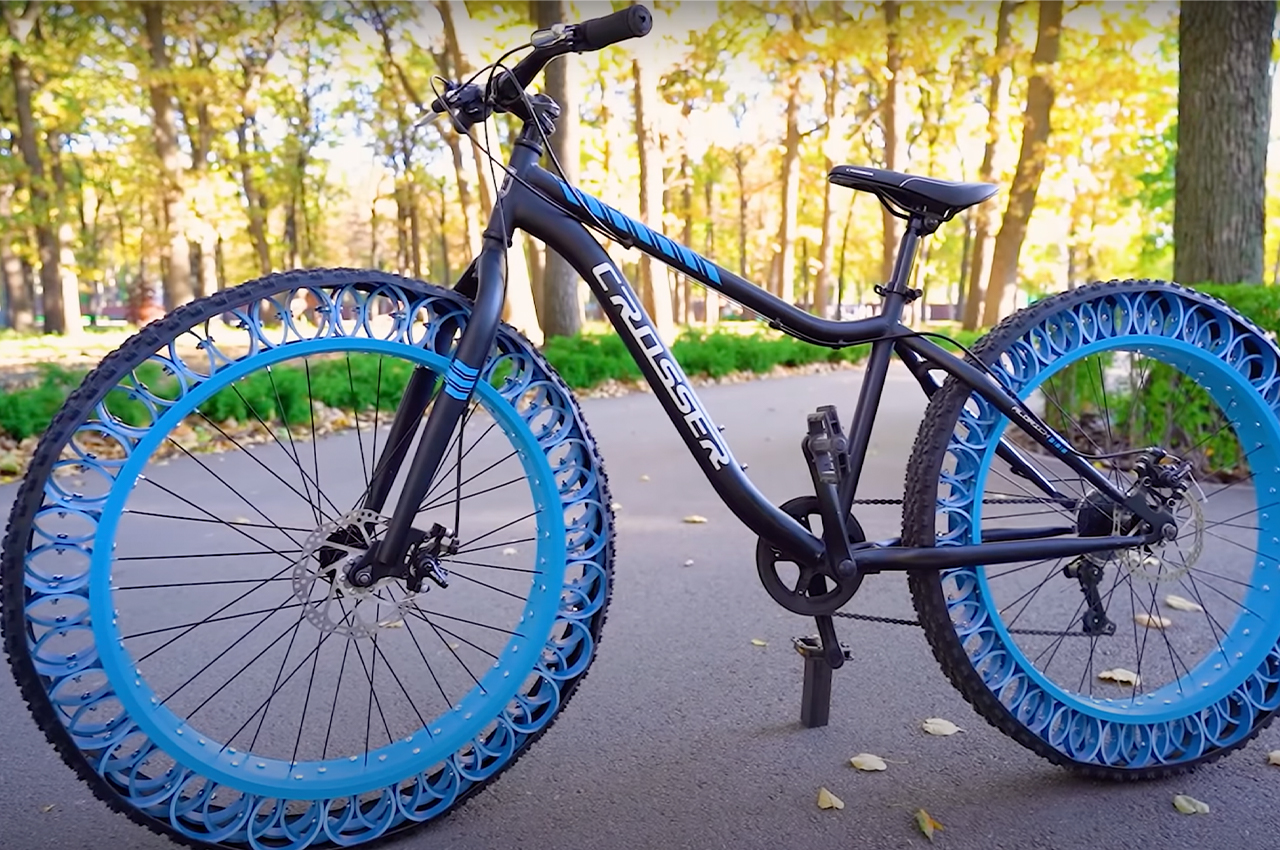 The Q then drilled corresponding holes into the rim of the bike, linking those holes with the ones previously drilled into the PVC rings. Reinforcing that layering with nuts and bolts, The Q repeated the process for two more rows, resulting in a triple overlay of PVC rings. With the main job complete, The Q finalized the project by carving the top layer of rubber from the bike’s original tire before laying it over the rows of PVC rings and gorilla gluing all of the pieces together. From there, the airless tires were ready to hit the road. 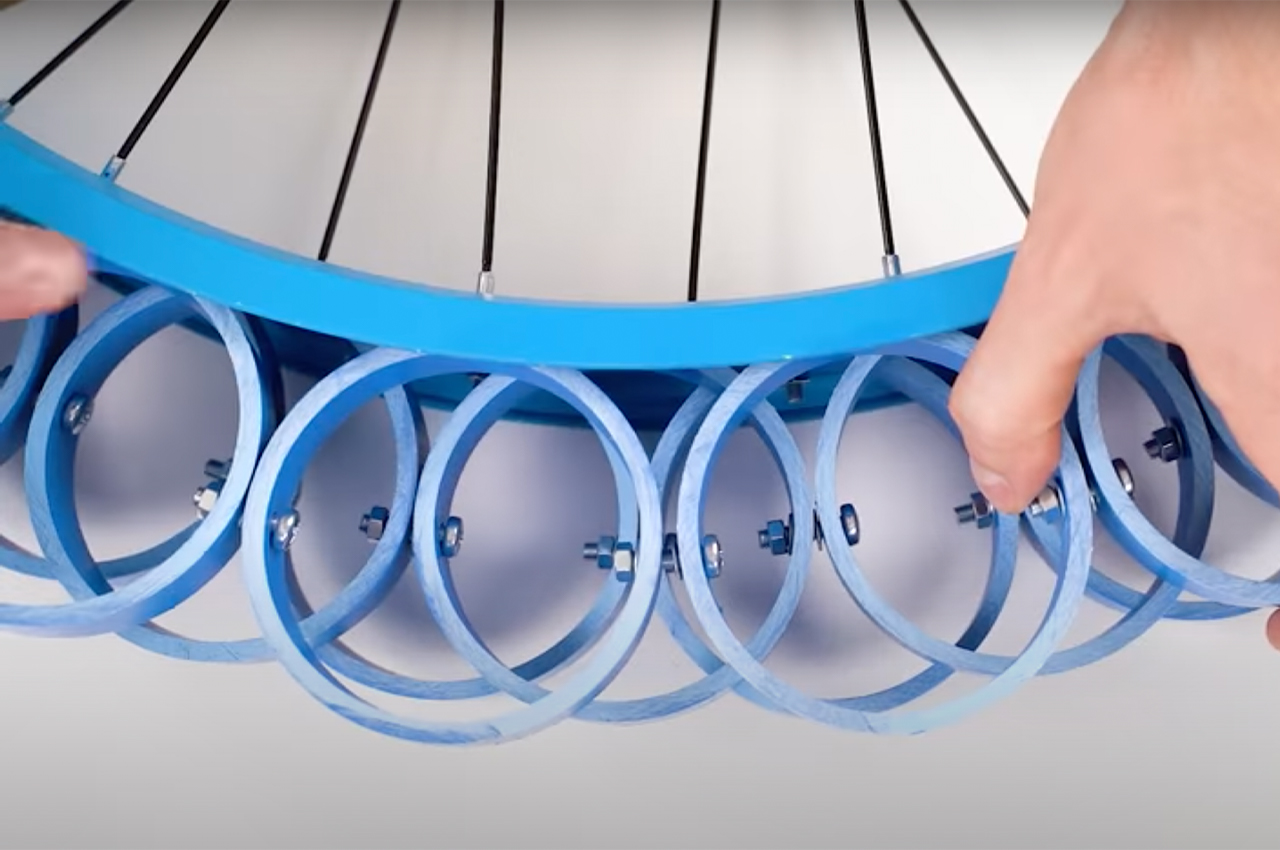 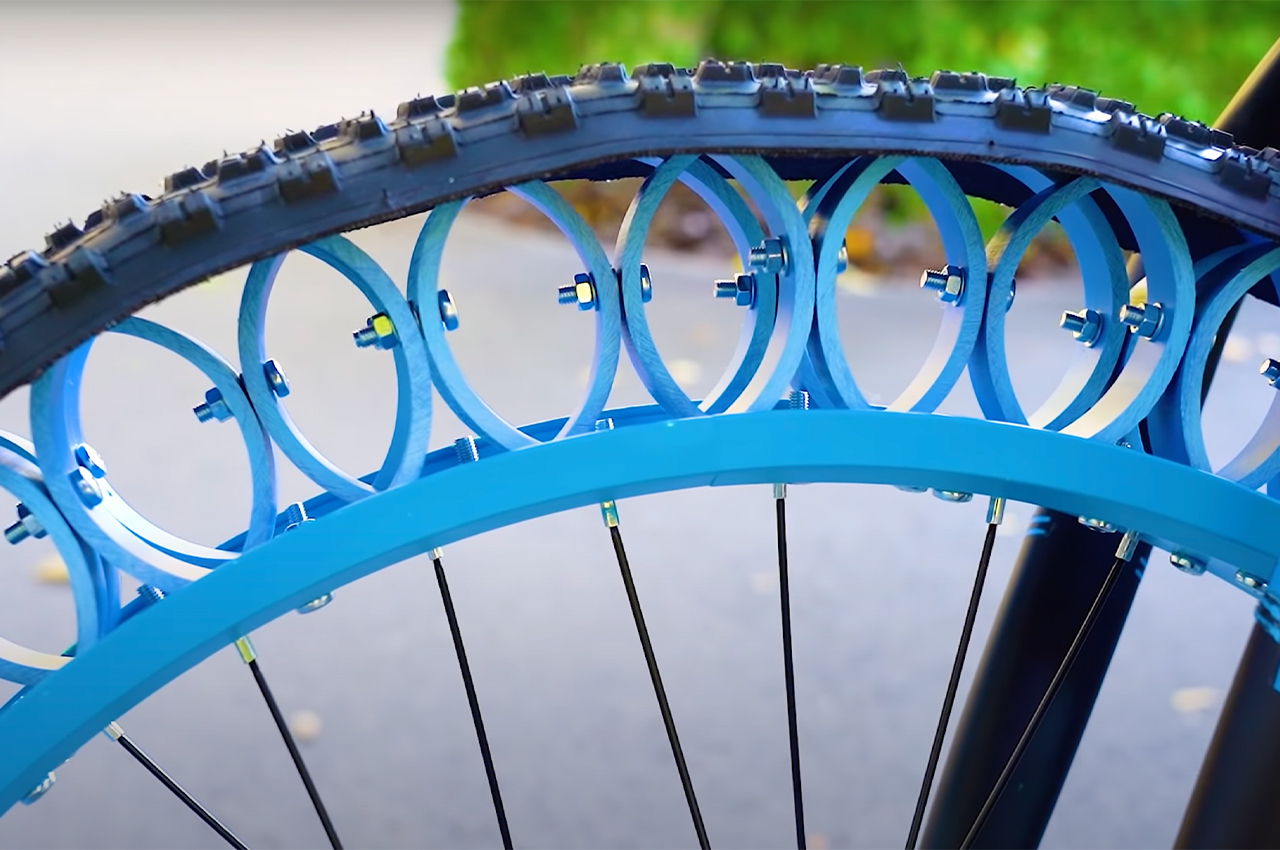 While The Q admits that the overall construction could benefit from slight modifications, the bike’s airless tires are fully functional and can ride smoothly over varying terrains, from sand to grass, and from pavement to gravel.

The Future of Feel Good

The end of this month gives way to the 2017 Tokyo Motor Show – showcasing some of the largest brands in the game with Lexus,…

In an effort to conquer land, sea, and air, Peugeot has developed Sea Drive, the first ever SUV/water boat integrated concept. In conjunction with well-renowned…

As many working designers are well aware of: all industrial and automotive designers can thank their yearly salaries to General Motors and the concept known…

The Ecologic Aircraft by designer Daphnis Fournier aims to be the first fully electric passenger plane, utilizing an inflatable structure above the main cabin that…