With its uniquely rustic, wood-like finish, Pyrus has the ability to offset the use of exotic woods as a material, helping protect fragile ecosystems in the Amazon rainforests from excess deforestation. Its primary ingredient? Kombucha! Well, rather, the Scoby from the kombucha brewing process. Right before going to college, Gabe Tavas became aware of deteriorating environmental issues and conditions after living in an indigenous community in Ecuador. His interests and research led him to focus on bio-design, where Tavas soon committed himself to creating a new, lab-grown synthetic wood that could be used as an alternative to actually felling trees for exotic woods. Tavas’ research helped him understand that wood could essentially be broken down into two components – cellulose (which gives the wood its structure) and lignin (which binds everything together like glue). Cellulose, he discovered, could also be found in abundance as a waste by-product of kombucha-brewing. 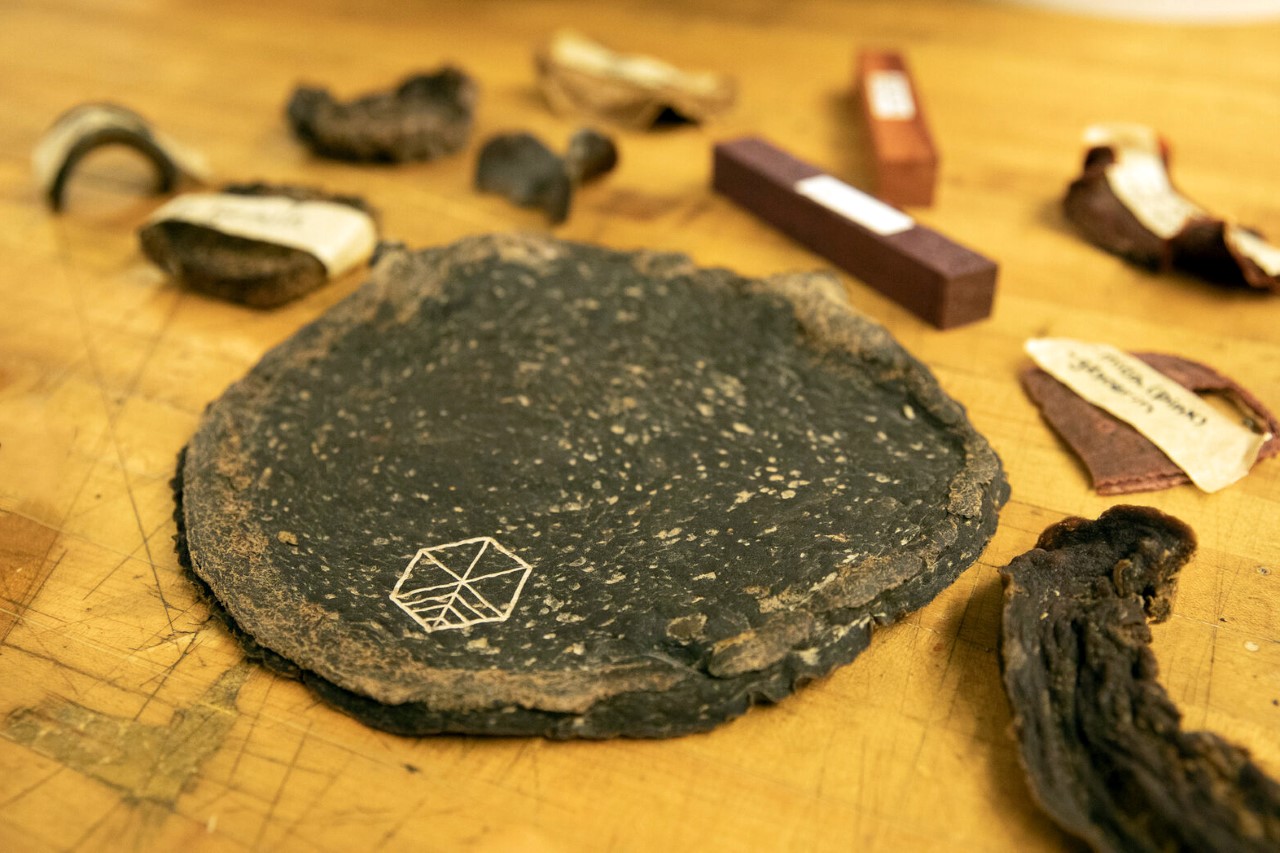 Often referred to as the ‘mother’ or the Scoby in your kombucha, the small jelly-like sheets that float on the top of your drink are rich in cellulose. Given that they aren’t consumed along with the kombucha, these sheets are either reused to brew more beverages or are discarded as a waste product. To make Pyrus, Tavas blended these sheets of cellulose to an even consistency and then embedded them in Agar, an algae-based gel. As the gel dried, it hardened significantly and could be placed under a mechanical press to form a flat sheet of wood. “This material can then be sanded, cut, and coated with resins just like its tree-based counterparts”, Tavas mentions. 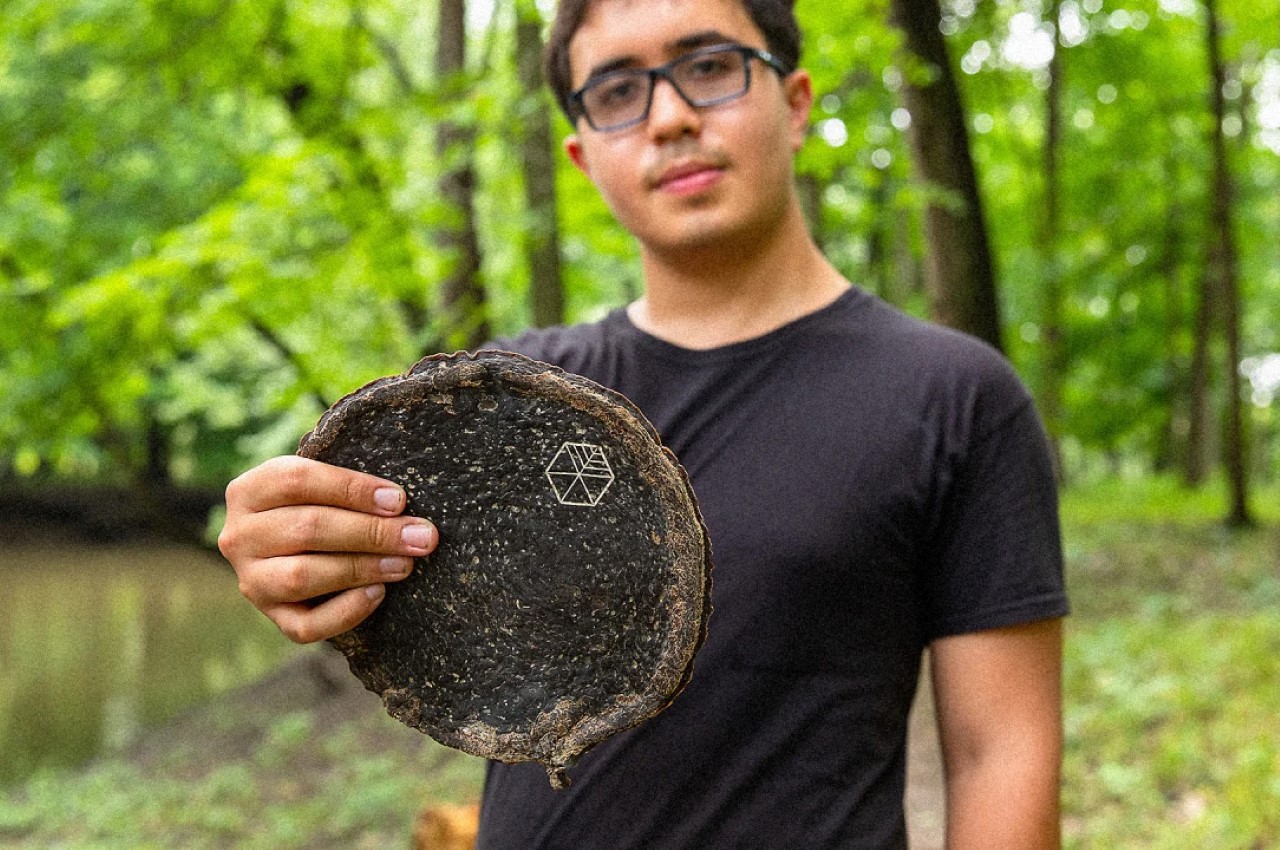 Symmetry Wood (the group founded by Tavas) mentions that the one thing that sets Pyrus apart from other engineered woods is that it doesn’t harm a single tree. Engineered woods like MDF uses compressed sawdust in their production, which while being relatively waste-free compared to wood, still requires trees to be chopped/sanded/processed. Pyrus, on the other hand, can be made without harming a single tree. In fact, Symmetry Wood touts that it’s petroleum-free too, unlike other artificial woods. 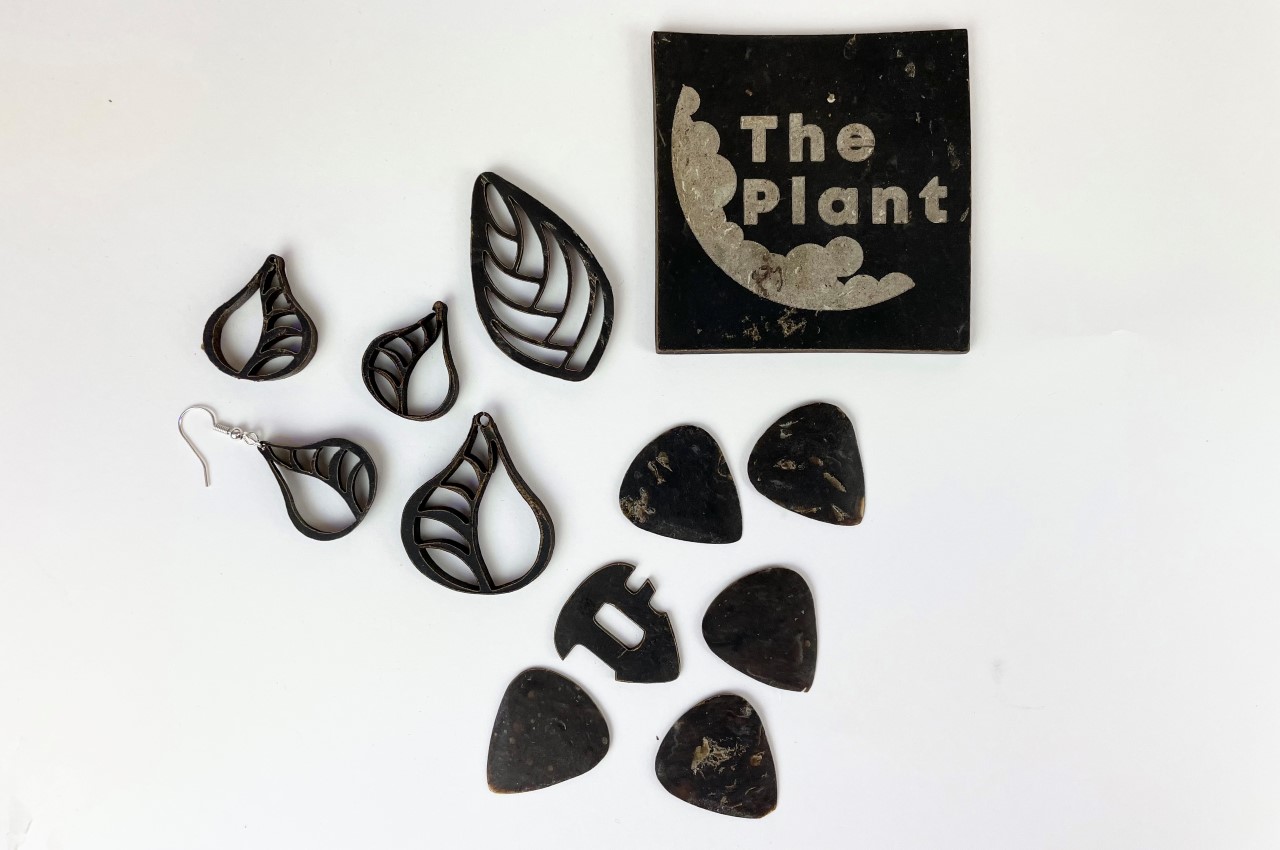 Tavas has produced 74 wood samples of Pyrus in a variety of colors and textures over the past year, mimicking high-demand woods like Ebony and Mahogany among others. Pyrus woods can be treated like regular woods, being spun on lathes, cut with hacksaws, sanded, and even laser-engraved/etched. The Symmetry Wood website even lets you buy Pyrus products, including a set of 3 guitar-picks made from the ‘booch-wood’ (that’s my phrase, not theirs) as well as Pyrus Earrings.

As a winner of the USA James Dyson Award, Tavas was awarded $2,600 prize money. He plans on using it to expand production facilities and even develop 3D printing processes. “The top priority is to put Pyrus into various environmentally-friendly product forms that meet consumer needs and are commercially viable”, Tavas says. “Eventually, we hope to turn any customer interest into revenue streams that will sustain a formal company, Symmetry, and fund improvements for the material that will let it work at larger scales like furniture and even buildings.” 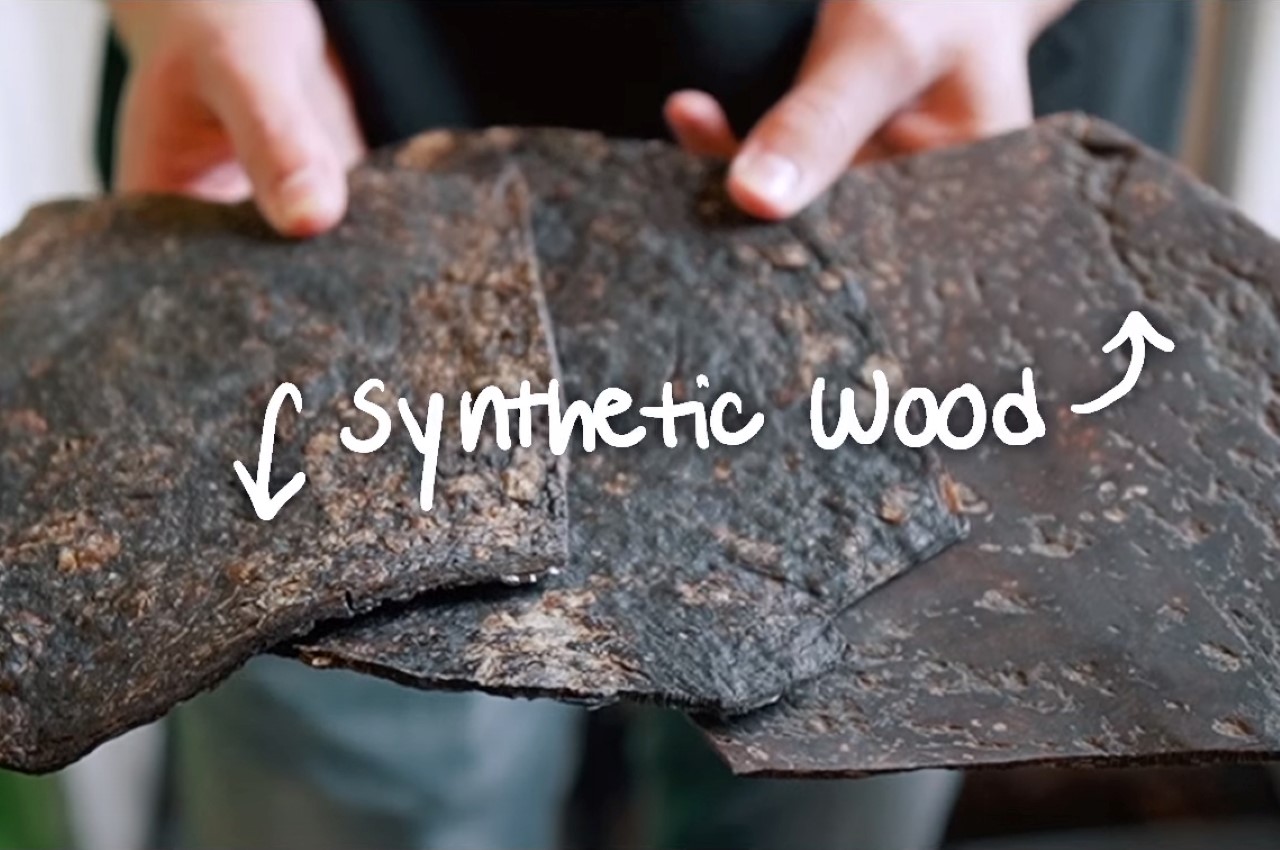 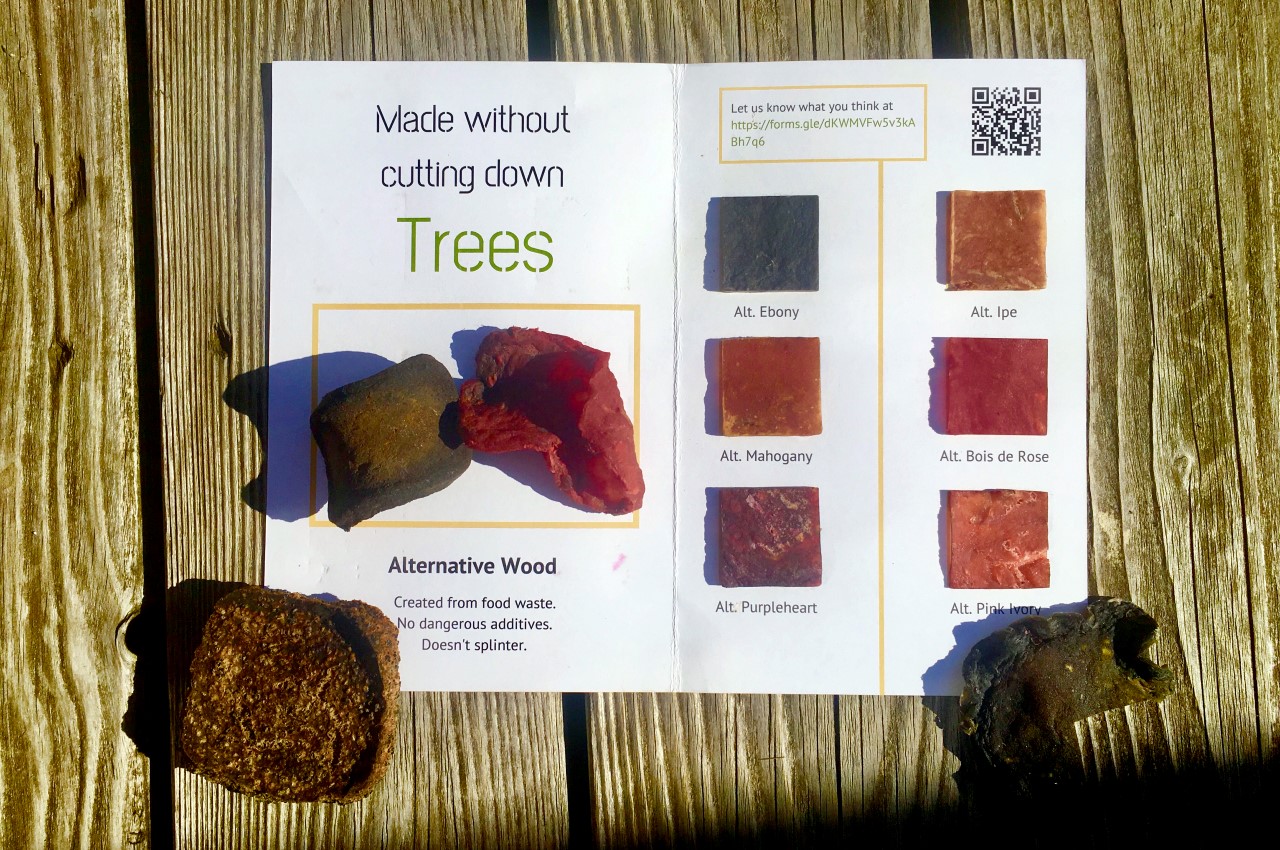 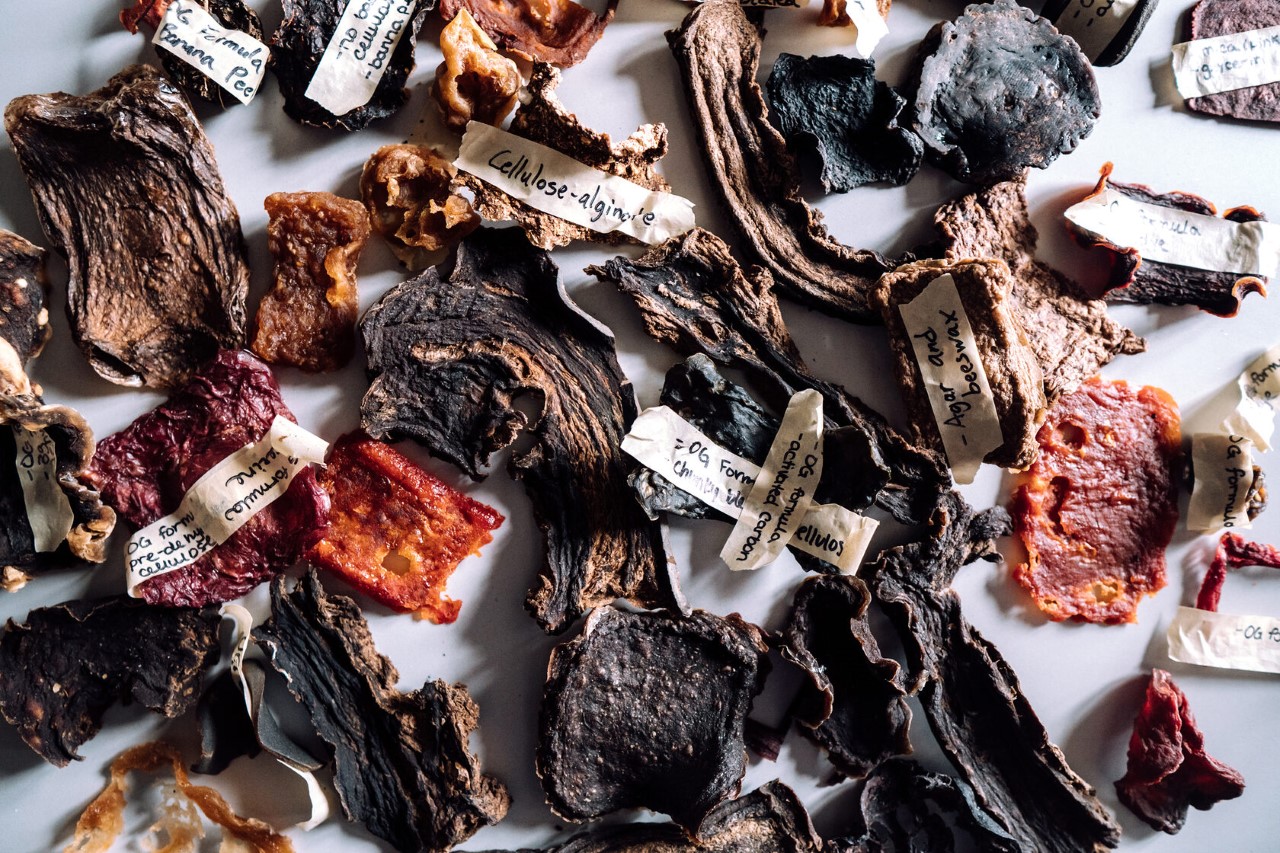 One of the most enigmatic characters in the cinematic history of the world is the character “Wilson” from the television show “Home Improvement.” Not only…

This wind-powered bicycle light is set to transform the way we utilize sustainable, reusable energy!

Designed to be the world’s first wind-powered bicycle light, Vento was created to reinvent the ways we use and produce energy. In recent years, we’ve…

Origami-inspired product designs that promise to add a sense of Ikigai to your life!

There’s something so soothing and therapeutic about the Japanese art of Origami. Some may say it’s simply folding paper, but it is much more than…

Eco-friendly and ergonomic kids’ chair concept is sustainable and functional

Children’s furniture is almost always functional, ergonomic, well-designed, and with an element of fun added. But it can also be something that can add a…