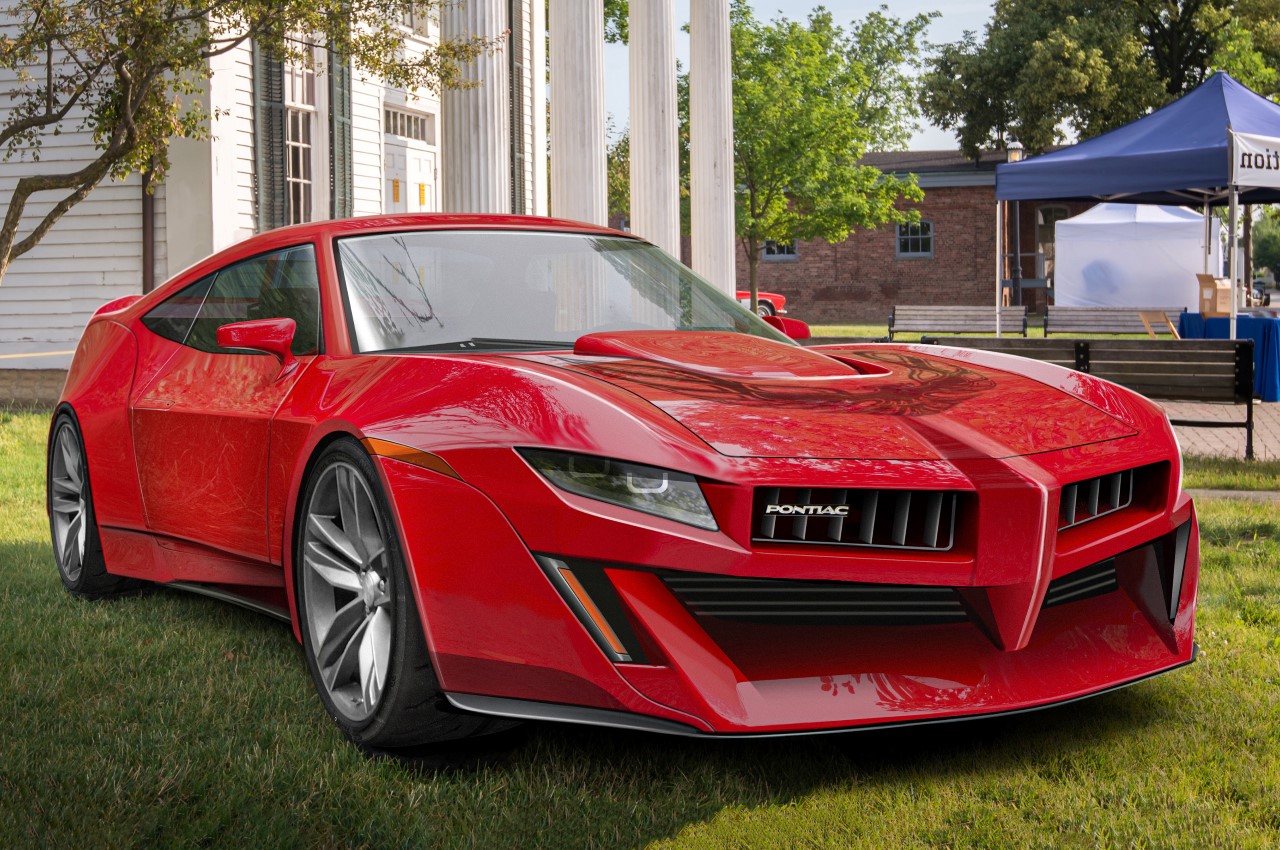 We live in an age of comebacks. Movies, music, and culture are doing a full 180° as we throwback to the good ol’ days; technology may be advancing, but retro tech is pretty much still loved and respected (nixie tubes are increasingly popular today, and vinyl sales have actually gone up in the past few years). Cars too have seen retro throwbacks, with the likes of the Delorean DMC-12 making a glorious return, Hyundai making an EV version of its popular Pony, and Lamborghini reissuing the Countach from the 70s with an amped-up design.

The folks at Budget Direct and NeoMam studios took the idea a step further – rather than reviving defunct cars, why not revive defunct car BRANDS instead? Taking brands like Pontiac, Daewoo, Hudson, and a few more, Budget Direct and NeoMam Studios decided to reimagine what their most iconic cars would look like in 2021. The image above shows what Pontiac’s wildly popular Firebird would probably look like if it was redesigned for the modern era. “Admittedly, it’s not easy to redesign an iconic GM muscle car shape and not make it look like a modern Camaro. We exaggerated the pointy bits and gave it a progressive coupe profile. The sharp body lines remain, but it’s clear this isn’t your grandpa’s Firebird”, say the designers at NeoMam. The car retains its hood scoop for the fire-breathing V8 engine underneath, with nostrils that ‘only a mother could love’. Finally, a coating of vibrant crimson red paint literally brings the firebird back to life! 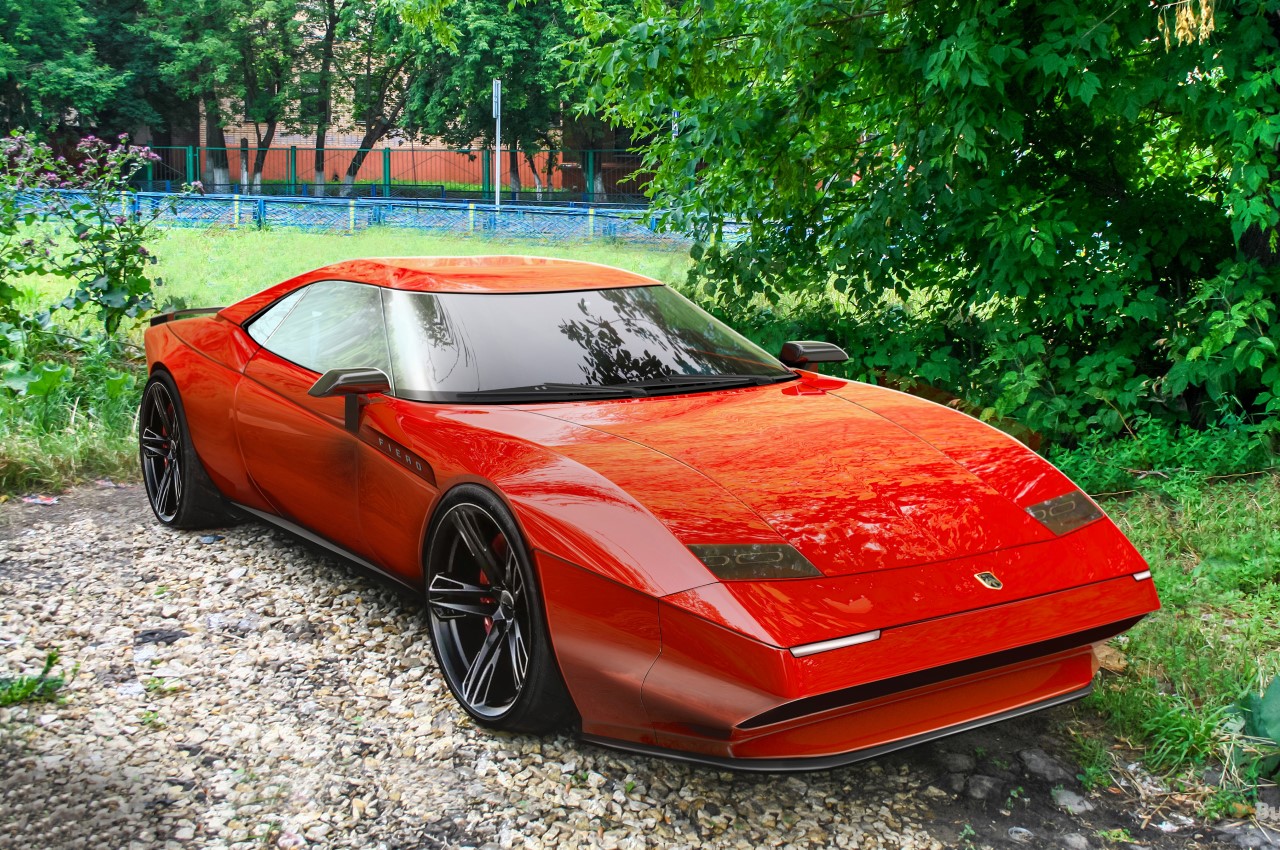 Before Pontiac declared bankruptcy and was acquired and eventually dissolved by GM, it was known for its era-defining sports and muscle cars. Some may remember the Firebird (and the Trans Am) as well as the GTO, but another car that really made an impression was the mid-engine sports-car, the Fiero (rather unfortunately named because a design failure caused it to often catch fire). For those old enough to remember, General Motors made a next-gen prototype of the Pontiac Fiero in 1990, but it never made it to production. However, reimagined for 2021, a little over 30 years later, the new Pontiac Fiero now has a lower silhouette with a wraparound windshield, a longer hood, and a hatch-like rear glass. And instead of fitting hidden headlights like in the original, the newer iteration has a permanent set of Countach-inspired eyes and a pointier nose. 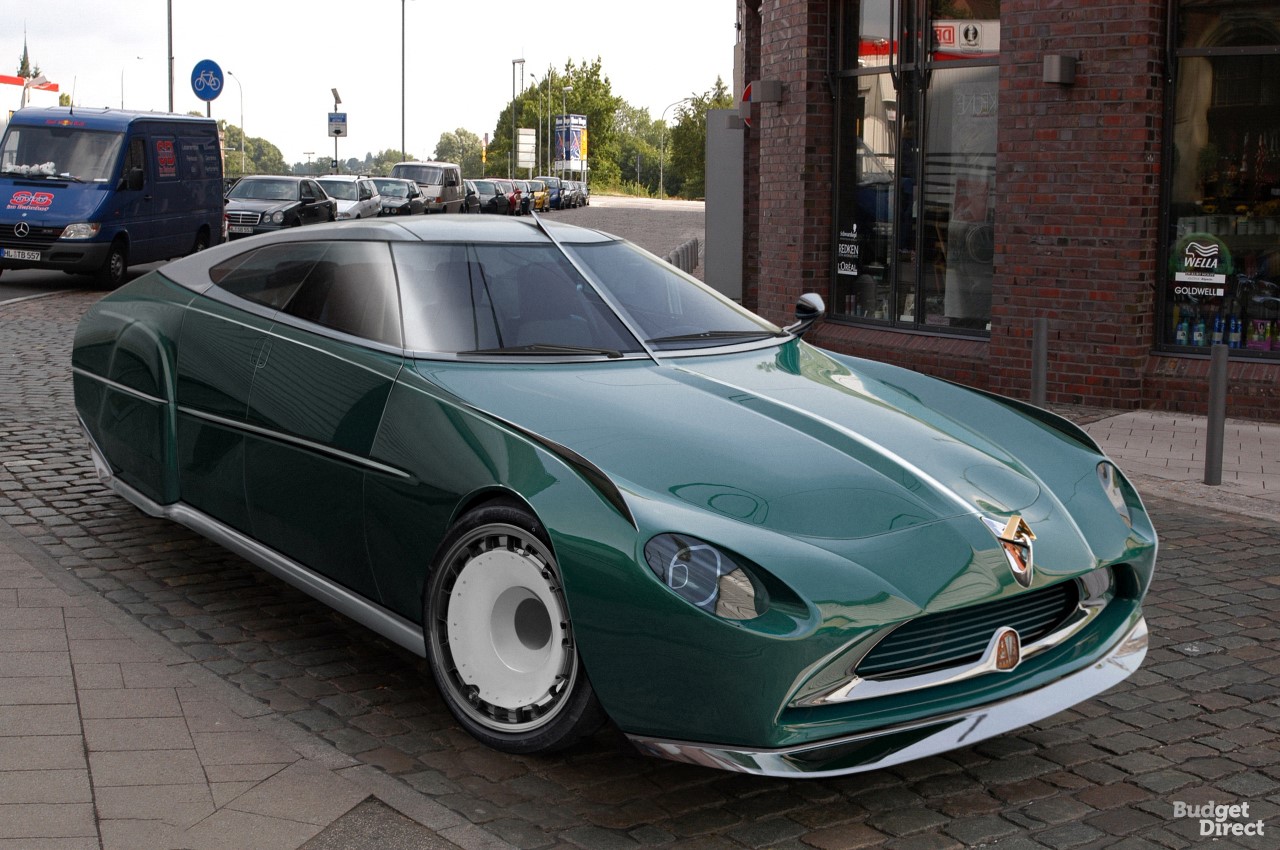 Designed and produced between 1951 and 1954, the Hudson Hornet came from the long defunct Hudson Motor Company based out of the motor city of Detroit Michigan. It had a unique step-down chassis design with a lower centre of gravity, making the Hornet one of the best-handling vehicles of its era. In 1999, Popular Mechanics even wrote that “the car’s unique, low slung appearance and silky handling earned Hudson an image that — for many buyers — eclipsed luxury marques like Cadillac.” The modernized Hornet, however, is a fusion of 50’s design and contemporary art. The original Hornet’s ‘pontoon styling’ is still there, most notably in the rear, no doubt inspired by the hidden rear wheels of the Citroen DS. It also has a canopy windshield, a ridiculously long hood, and chrome detailing all around. 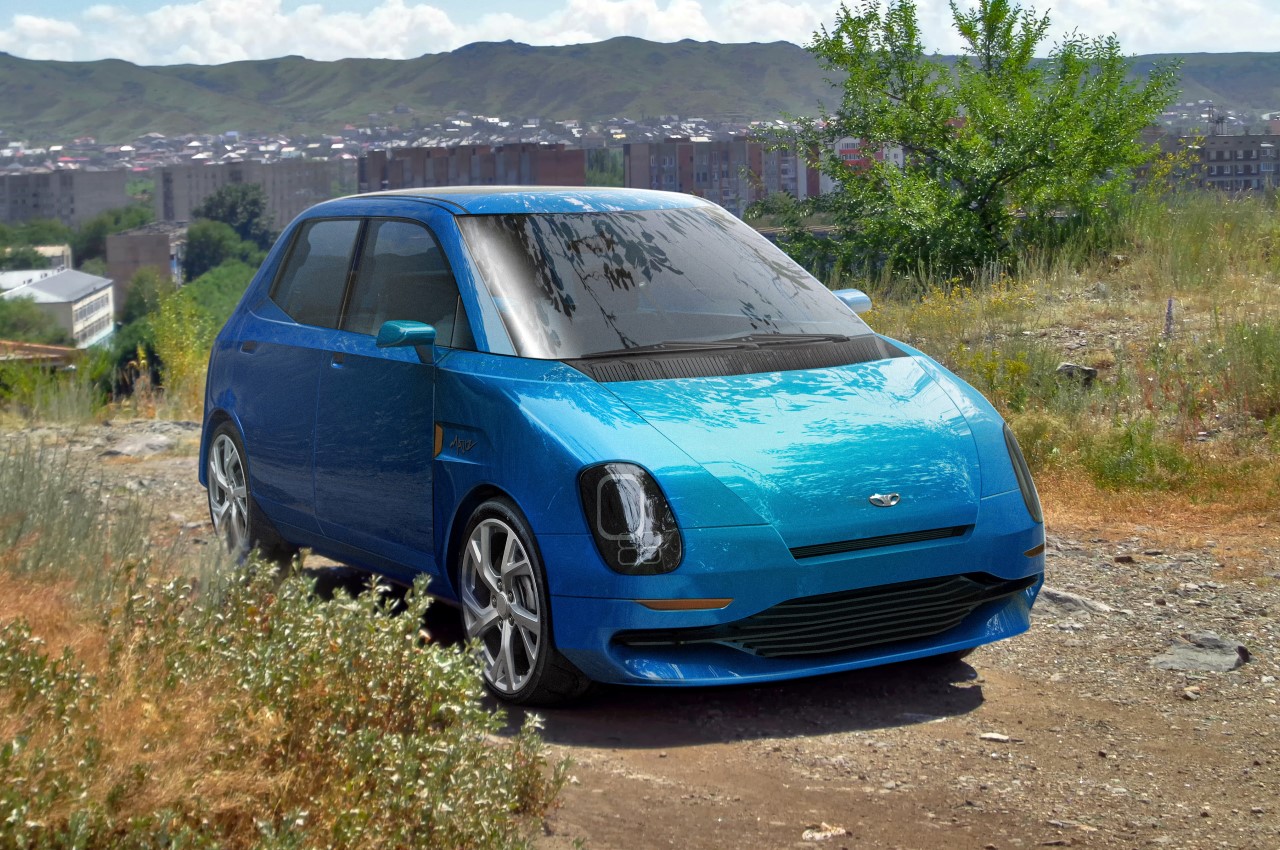 It seems the entire world got a taste of the Daewoo Matiz in one form or another. Now known as the Chevrolet Spark (since GM acquired Daewoo Motors), the Matiz’s tall-boy styling always had a quintessential appeal both in the east and the west. The new Matiz sports a larger windshield and a slopier hood to give it a lower, sportier stance than the first-gen Matiz. Now, the window line is in sync with the base of the windshield. With edgier body lines and a redesigned façade with oblong headlights and familiar detailing, this modern Matiz looks good enough to give other superminis a run for the cash. 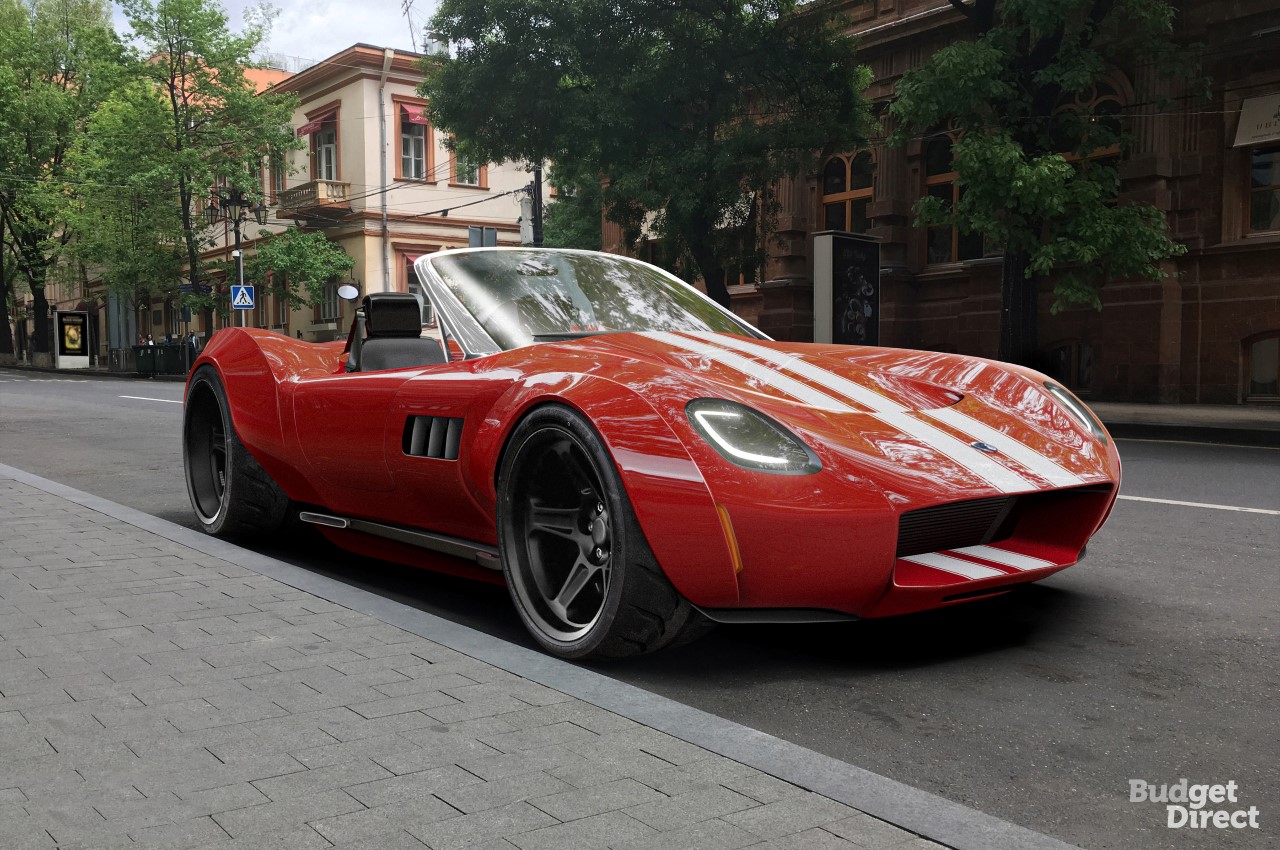 I dare you to name a more iconic roadster than the AC Cobra. The British carmaker claims it’s relaunching the world’s most popular sports car as an all-electric restomod with an electric motor hiding under a vintage body shell… However, this modern interpretation of the iconic AC Cobra is enough to make the late, great Carroll Shelby smile in motoring heaven. “The classic AC Cobra shape and detailing remain, but we enhanced certain areas like the front fenders, hood, and a rump that will make Marilyn Monroe blush in envy”, say the designers at NeoMam Studios. They got rid of the classic round headlights to make room for teardrop-shaped lighting units with C-shaped DRLs too… plus, check out those rims! 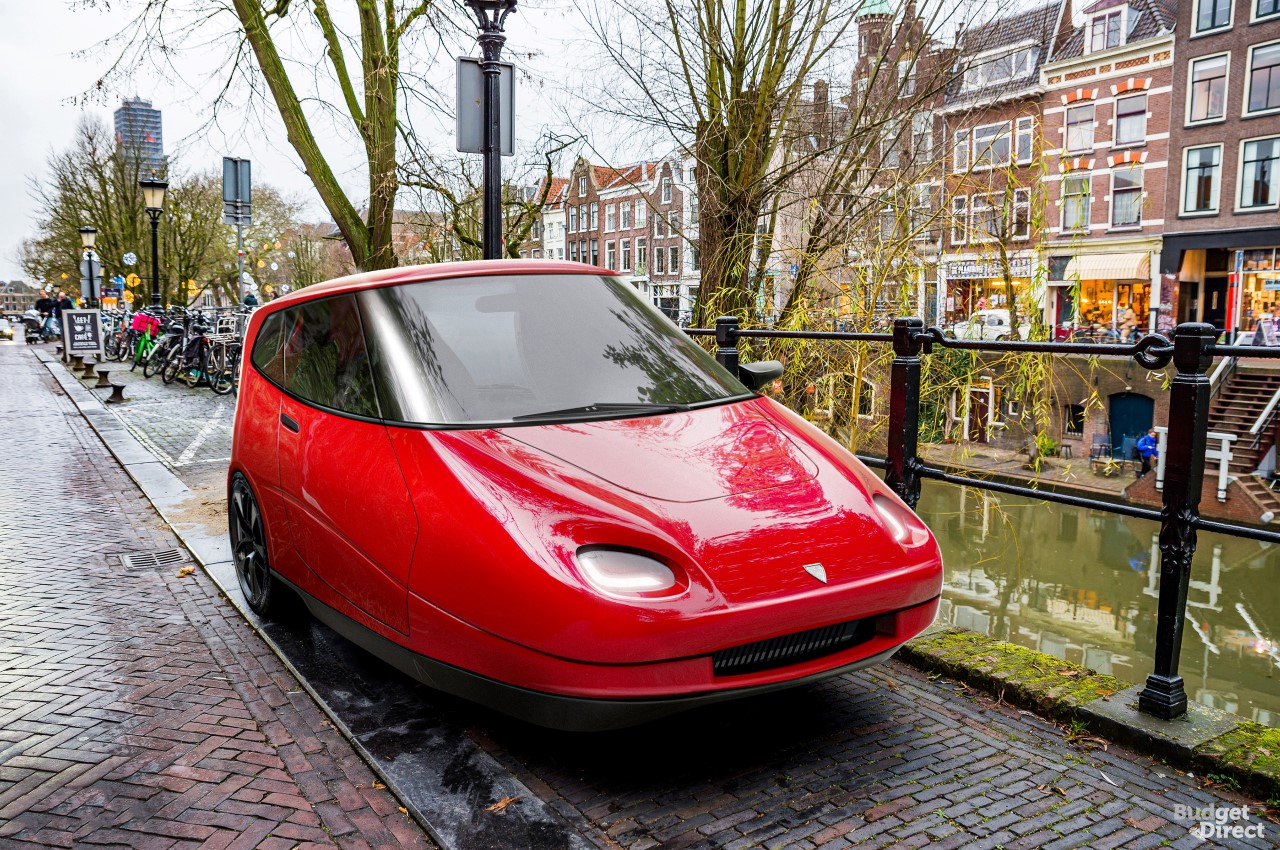 Perhaps the most peculiar of the bunch, the Reliant Robin is a three-wheeled British oddity that captured the hearts of pop stars, royalty, and commoners alike. It had a fiberglass body, three doors, and a dinky straight-four engine. Sure, it had a balance issue, to be quite honest, but three-wheel oddities are making a comeback in our modern times. The modernized Reliant Robin, however, sort of resembles a space-pod. Still, it remains a fun-to-throw-around daily driver with progressive detailing like flush door handles and a more streamlined persona. 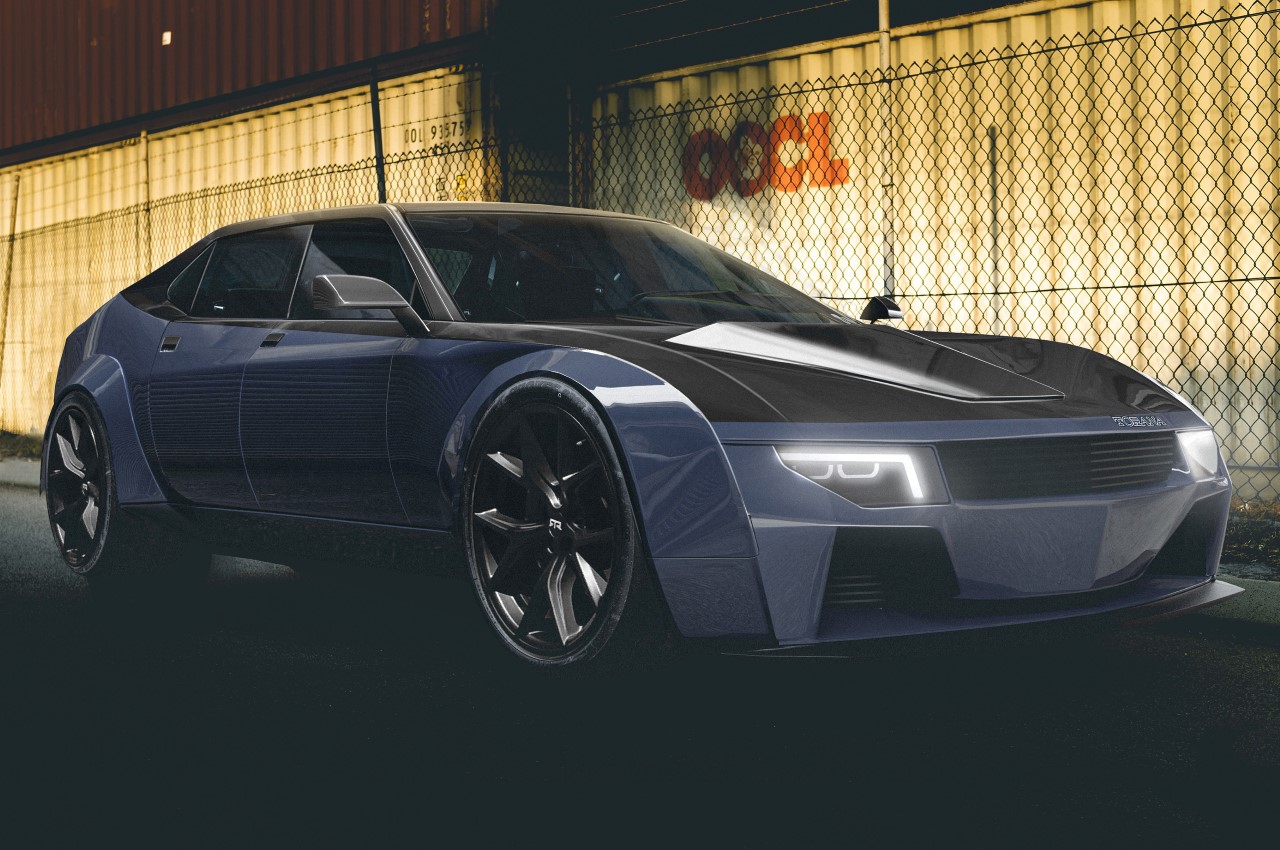 We end this series with the Holden Torana. First released in 1967 to replace the aging Vauxhall Viva in Australia, the Holden Torana has a special place in muscle car culture, particularly the third-gen LX Torana SS and SL/R 5000 from 1976. The modernized Torana uses this ’76 LX as its baseline and boasts of a sleeker, more muscular shape, all without alienating the retro vibe. The designers enhanced the wedge-inspired design and gave it a hatchback-like rear profile, bulkier fenders, and an aggressive face. Keen-eyed viewers will notice the front fenders are an extension of the hood line, extending to form the angular bumper.

The story of Lancia is an extremely melancholic one. Founded in 1907, the company did pretty well independently but saw a gradual decline in popularity…

The single-axle Honda type E concept uses similar physical principles as a segway for maximum maneuverability in the urban jungle. The ultrasmall vehicle focuses on…

Squarish Wheels over Round Wheels?!

All our life if there’s one stereotype that has been emblazoned into our minds, it’s that the wheel is round. Right from those caveman cartoons,…

If an Adidas running shoe and a drop of rain wanted to design a lightweight, eco-friendly urban vehicle, what would that look like? The M-112…