With built-in shadowless lights, an internal motor with 5 modes of torque, and an OLED screen that tells you which direction the screwdriver is turning in, the SES PRO is a nifty tool that’s perfect for homes, offices, hobbies, and workshops. It’s also the shape and size of a pen, making it an incredibly handy and useful piece of hardware to work with – unlike those bulky drills or like those manual screwdrivers that require a fair bit of elbow grease. 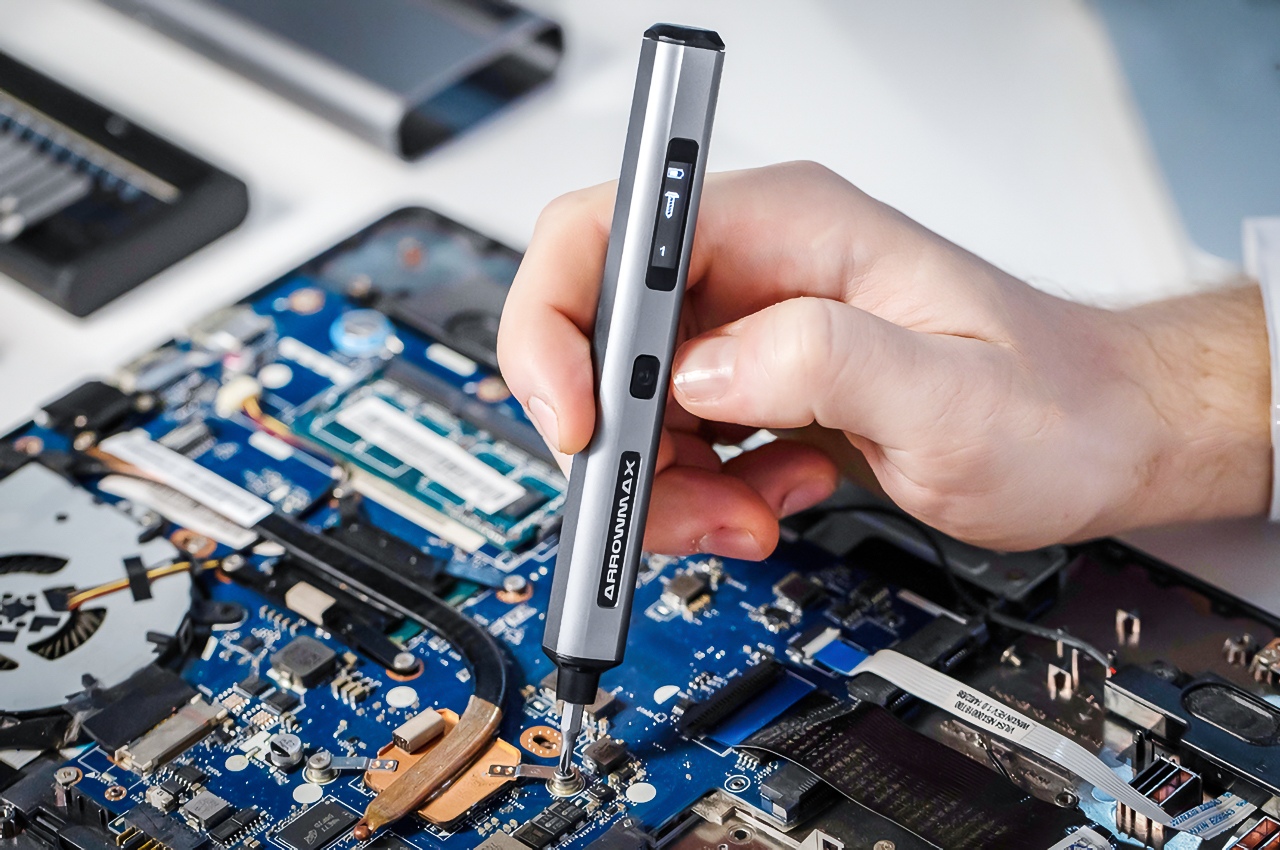 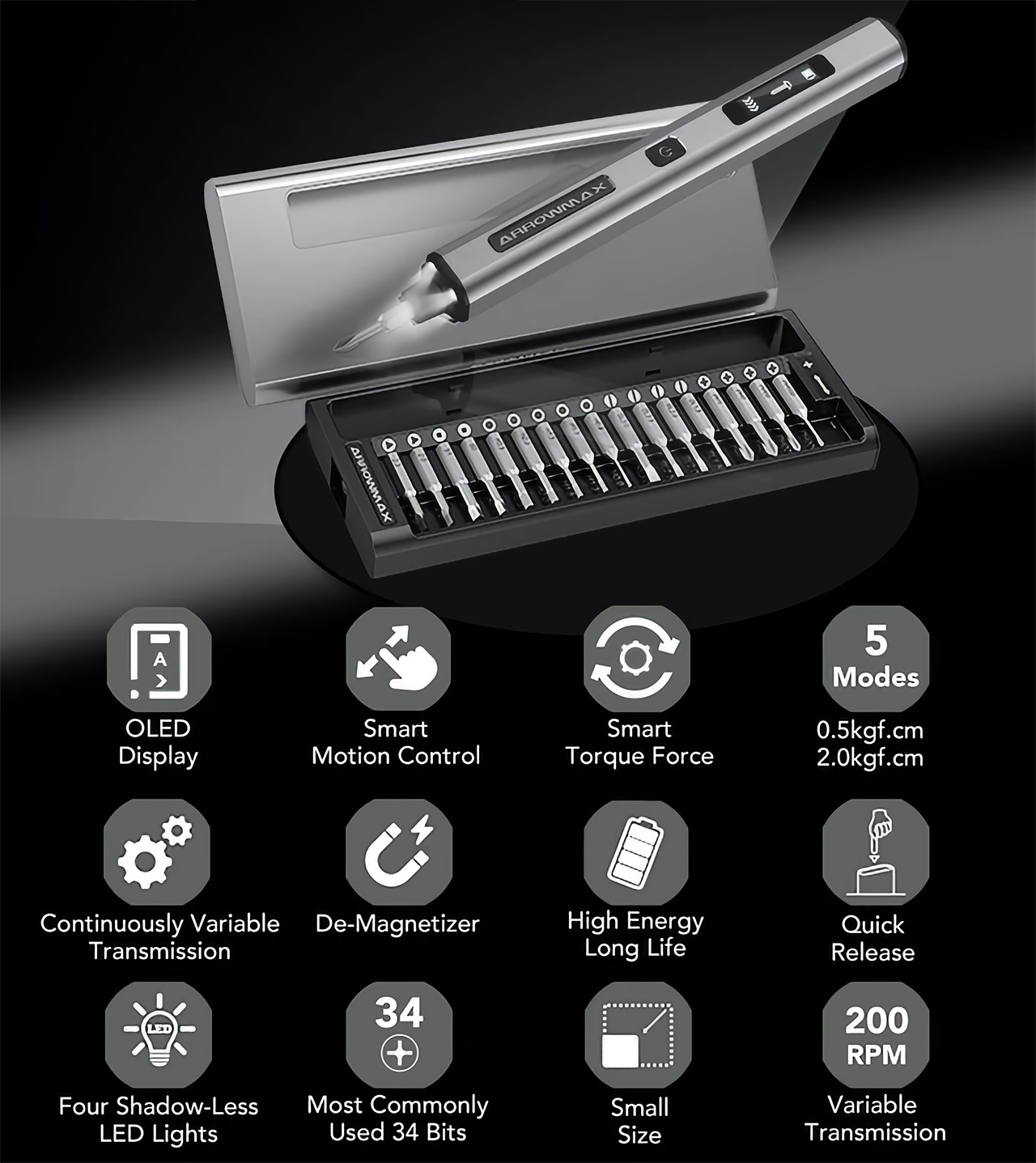 Smart Motions – The SES PRO is instructed and commanded by the direction you twist your wrist. Gently rotate direction (left/right) to tighten or loosen the screws.

Designed to be like your own tiny handheld drill, the SES PRO is perfect for assembling, disassembling, and fixing gadgets and small products – notably electronics or items like watches/spectacles. It comes with its own motor, capable of delivering anywhere between 0.5 kgf.cm to 2 kgf.cm of torque, and a 32-bit microprocessor that can cleverly determine and adjust the speed, direction, and torque of the driver based on use. Armed with 34 replaceable bits, the SES PRO easily lets you teardown, repair, and assemble items around you. 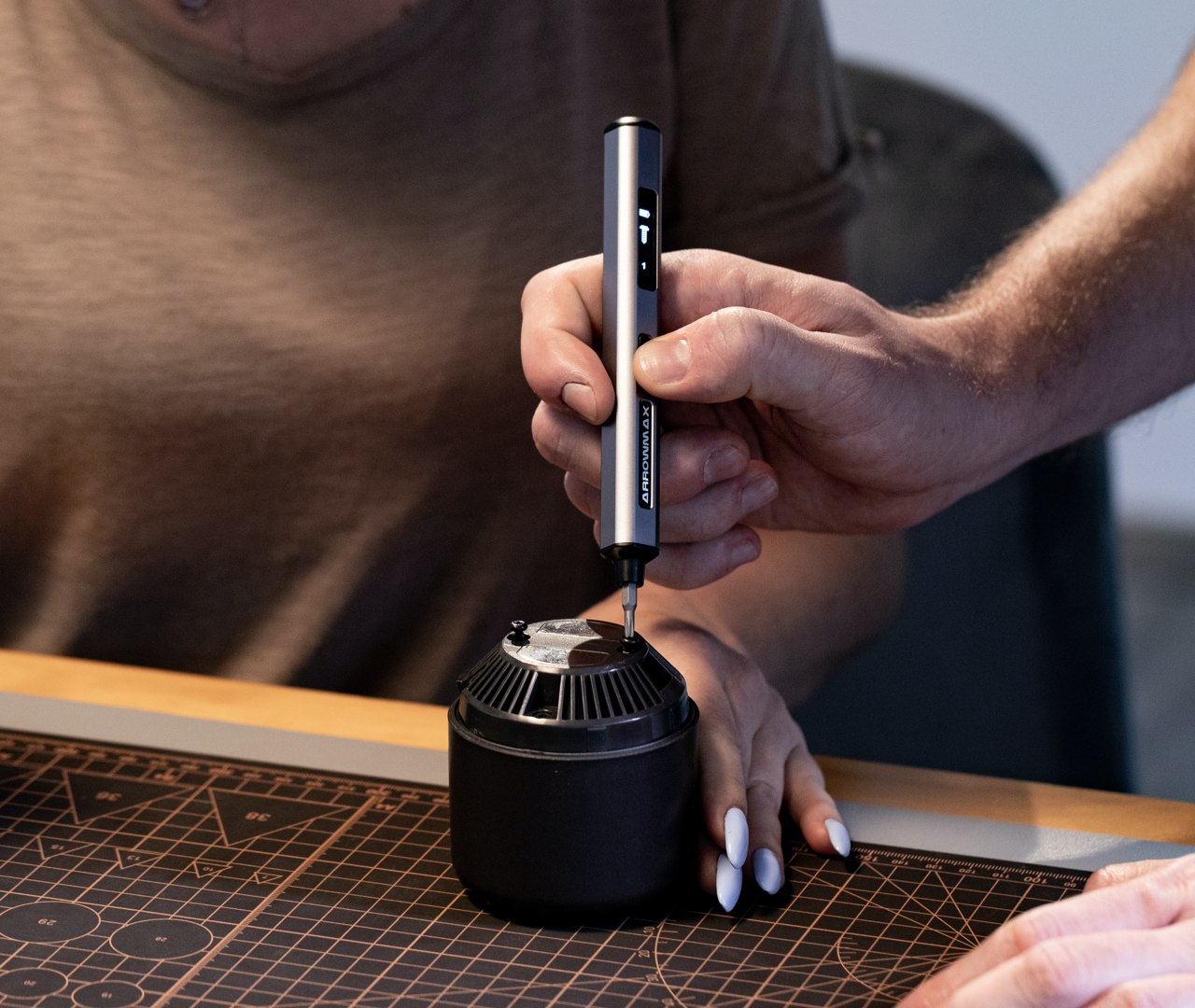 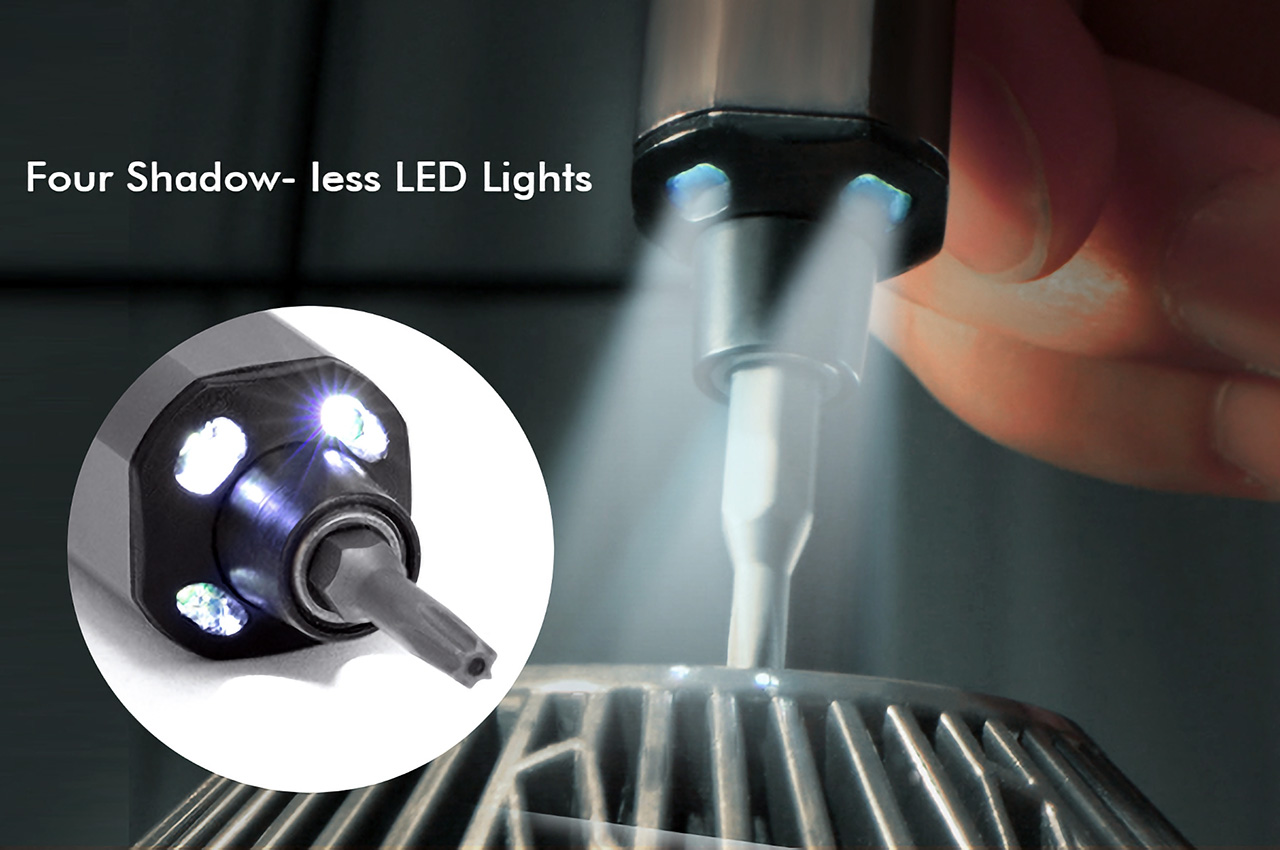 The comparison to the electric drill is rather fitting, given that the SES PRO scales the drill down to its smallest possible form factor. Measuring 5.3 inches in length, the SES PRO’s pen-like form factor makes it really easy to grip and maneuver with a single hand. Four lights located at its tip illuminate the drilling spot without casting shadows, and a magnet inside the driver helps attach driver bits and pick up screws with ease (the driver bit tray demagnetizes them later). The SES PRO even comes equipped with its own inbuilt 500 mAh battery that lets it wirelessly operate for 2 full hours, and a USB-C port lets you charge it in between uses. 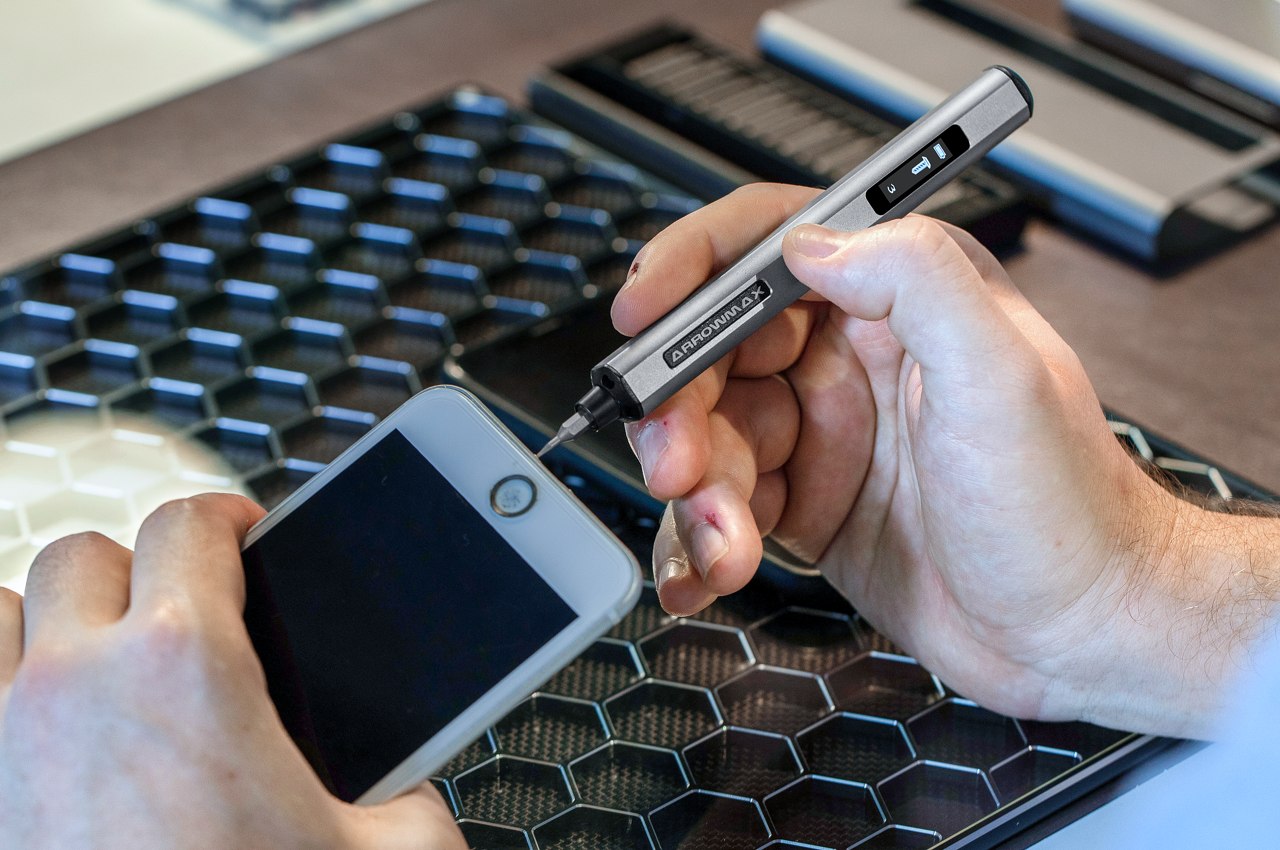 Torques – The SES PRO allows you to digitally select from 5 torque settings, A-1-2-3-4, ranging from 0.5kgf.cm-2.0kgf.cm, giving you superb control and the power needed.

The smart screwdriver gets its ‘smart’ distinction from its ability to take the guesswork and effort out of working with electronics. The SES PRO comes with 4 modes of torque to choose from, and an automatic mode that variably adjusts the torque on the fly as well as the direction. Just begin turning the screw clockwise or anticlockwise and the driver intuitively starts rotating in that direction. An OLED screen gives you a glimpse of the torque the driver is rotating at, as well as the direction and the driver’s overall battery level.

De-magnetizer – Placed the tips back on the magnetised tray when it gets weaker. 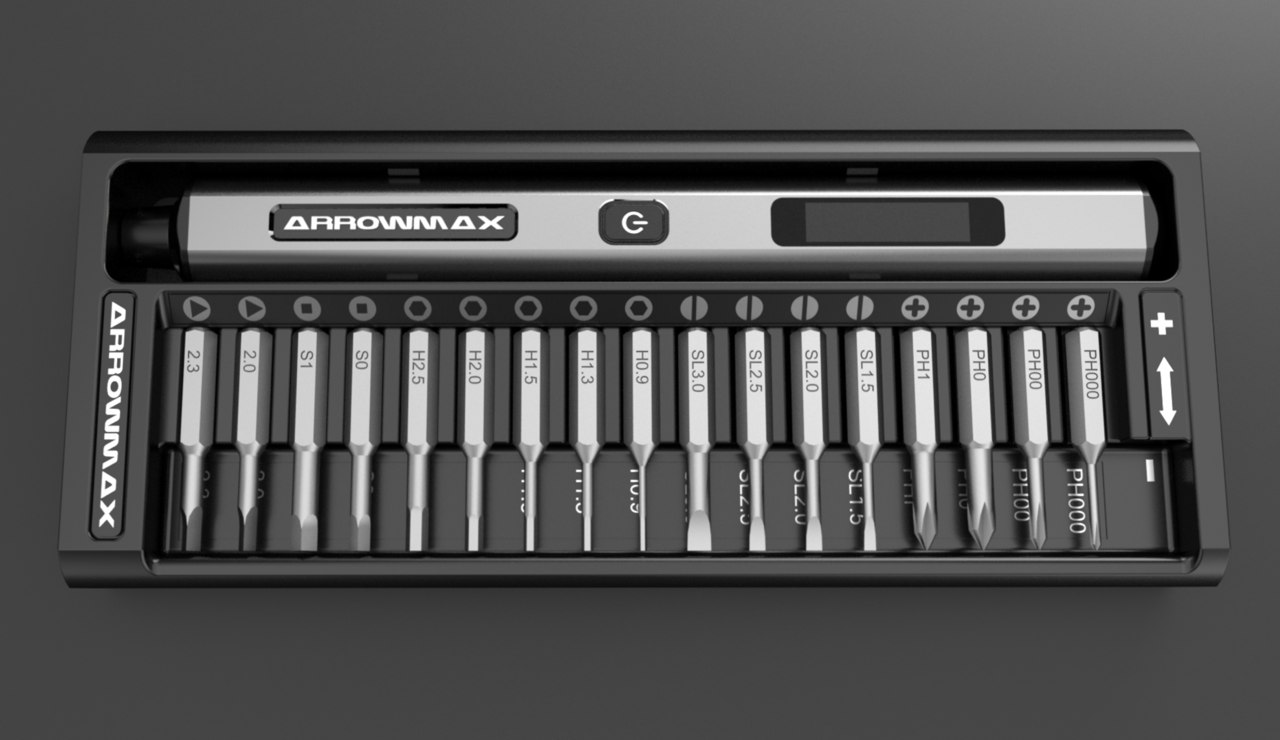 Each SES PRO comes with its own kit including 34 swappable driver bits (featuring the most commonly used bit types) in a compact tray that even demagnetizes the bits after they’ve been used. For more hard-to-reach screws, the SES PRO also has its own 62mm long extension tip that fits between the driver and the bit, letting you access tamper-proof screws in laptops and other electronics. 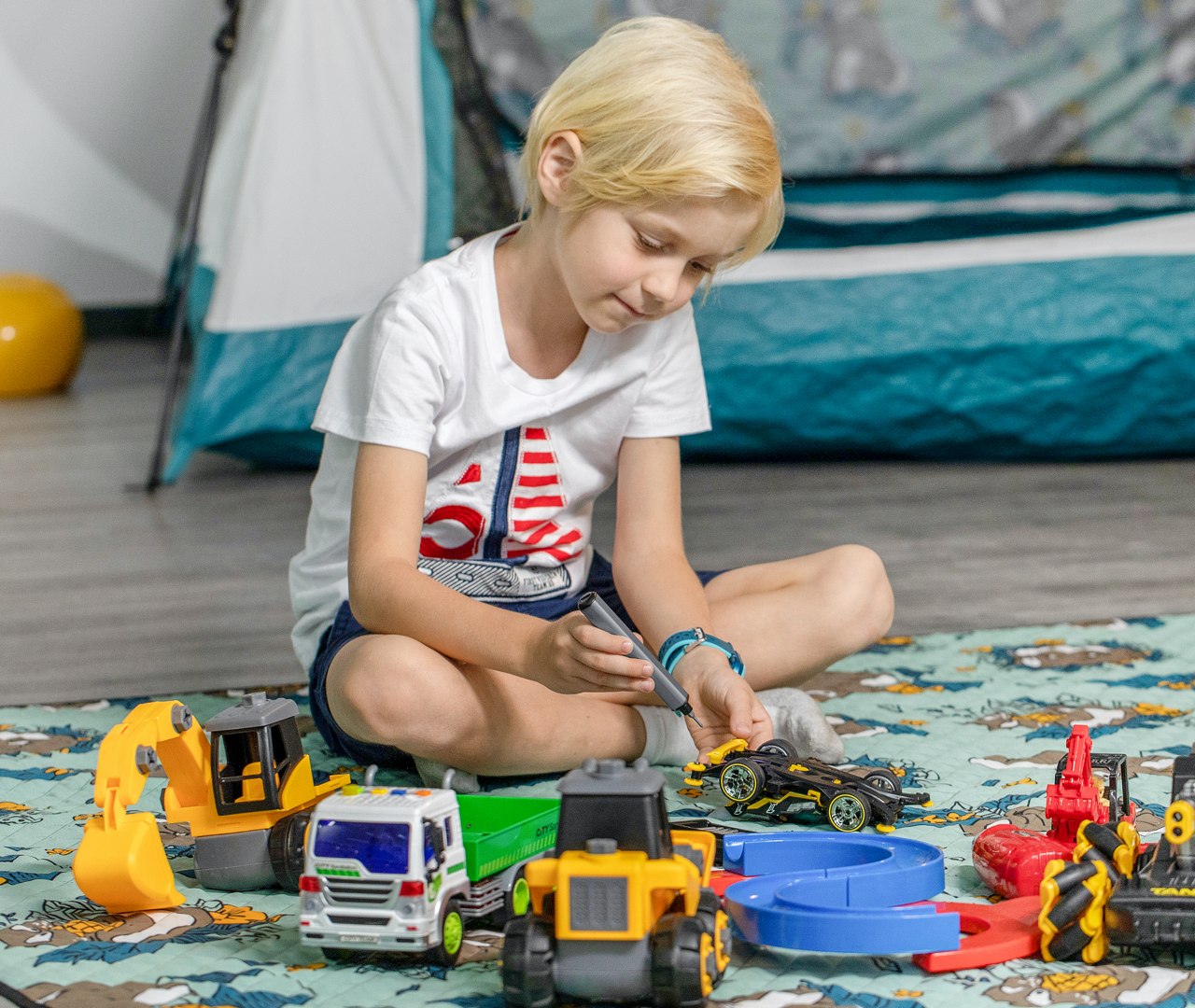 28 bits will be included in the SES MINI version.

The SES PRO is even accompanied by its smaller, equally handy variant, the SES Mini – although it doesn’t come with an OLED screen, has a smaller 350 mAh battery, and only has a single 1.5 kgf.cm torque output. 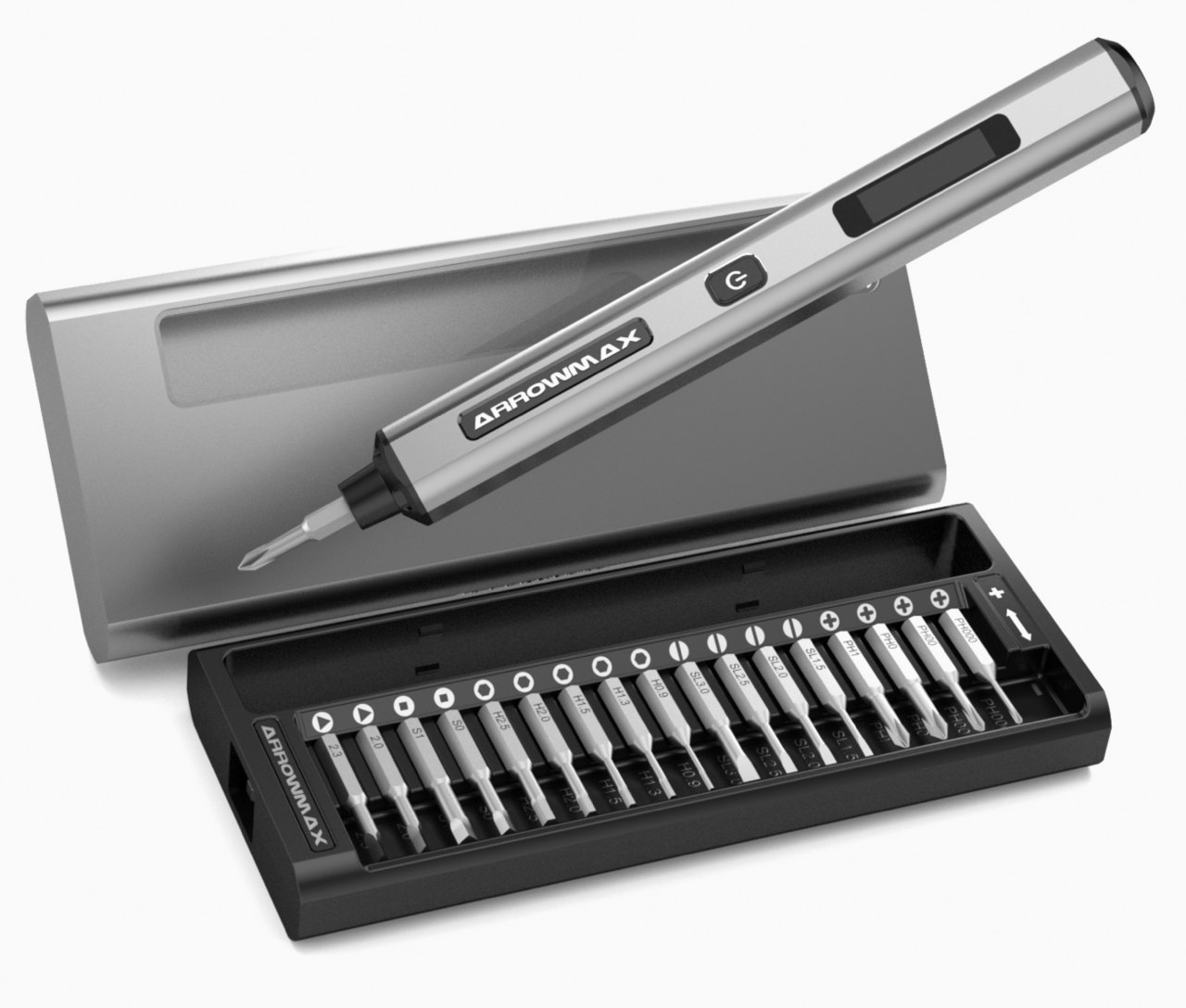 Both the SES PRO and SES Mini come in nifty, easy-to-carry aluminum metal cases, and in the interest of the environment, don’t come pre-packaged with a USB-C cable, although you can use your current USB-C charger to juice the smart screwdrivers up. The SES PRO Smart Motion Control Electric Screwdriver is the winner of the 2021 Red Dot Product Design Award for their innovative, state-of-the-art design.

Designer Seth Moczydlowski had students in mind when designing the Synthesis Collaborative Desk, but there is serious potential here for creative agencies and design firms…

The Light-room is a conceptual interior that addresses the underestimated idea of lightness as a sustainable solution. Composed of materials such as kevlar, silk, aluminum,…