Contrary to popular belief, the job of a tech company isn’t to make new products. It’s to make more money. The new product each year is just a path to increasing your company’s profits. Apple releases a new phone each year, designed to be better than the last, while older phones stop supporting software upgrades. They also make sure the AirPods batteries eventually die out within roughly a year, so you’re incentivized to buy the new edition. Obviously, it isn’t just Apple, it’s every hardware or software company – and that has a pretty sad consequence on the design of a product. It’s called planned obsolescence, which means your gadget is designed to eventually be thrown out. 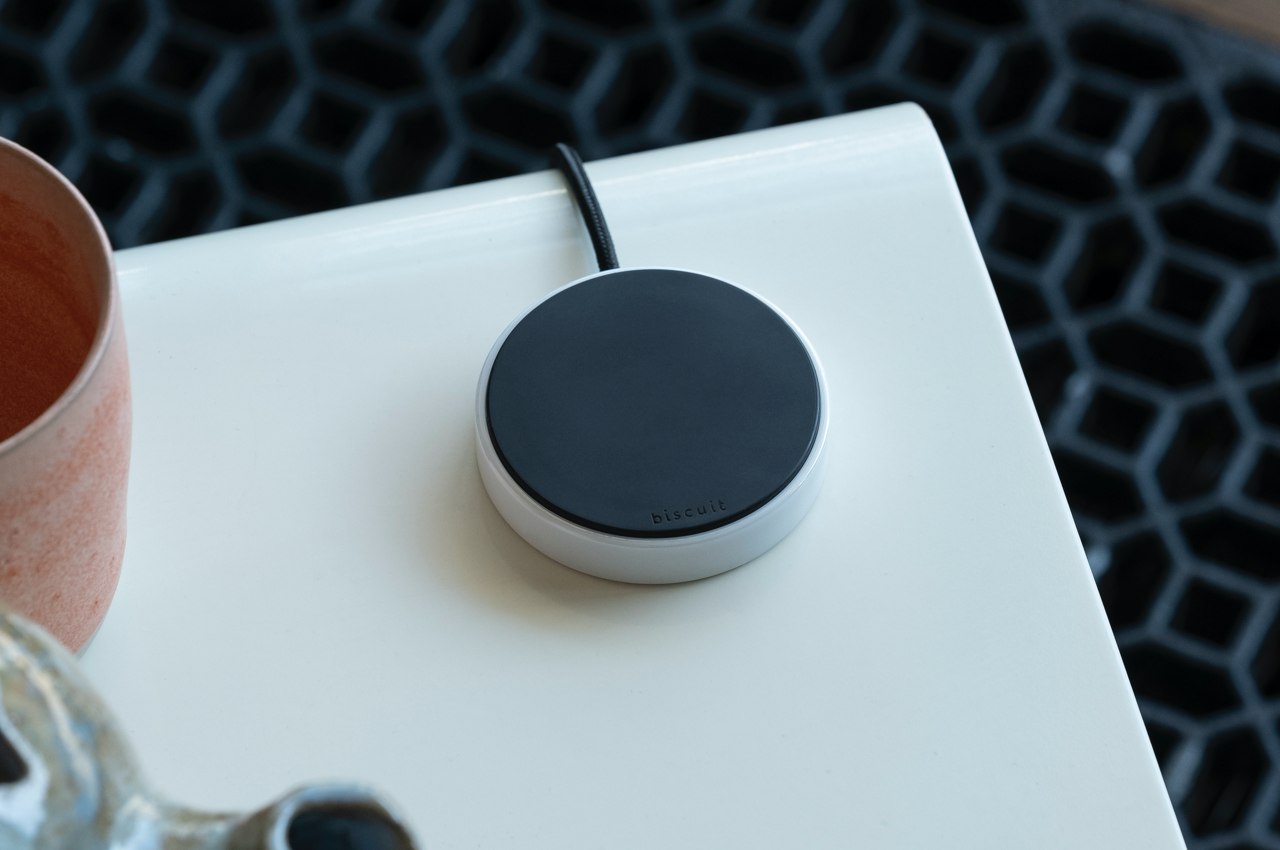 The Biscuit is a zirconia ceramic wireless charger designed to be repairable and upgradable. 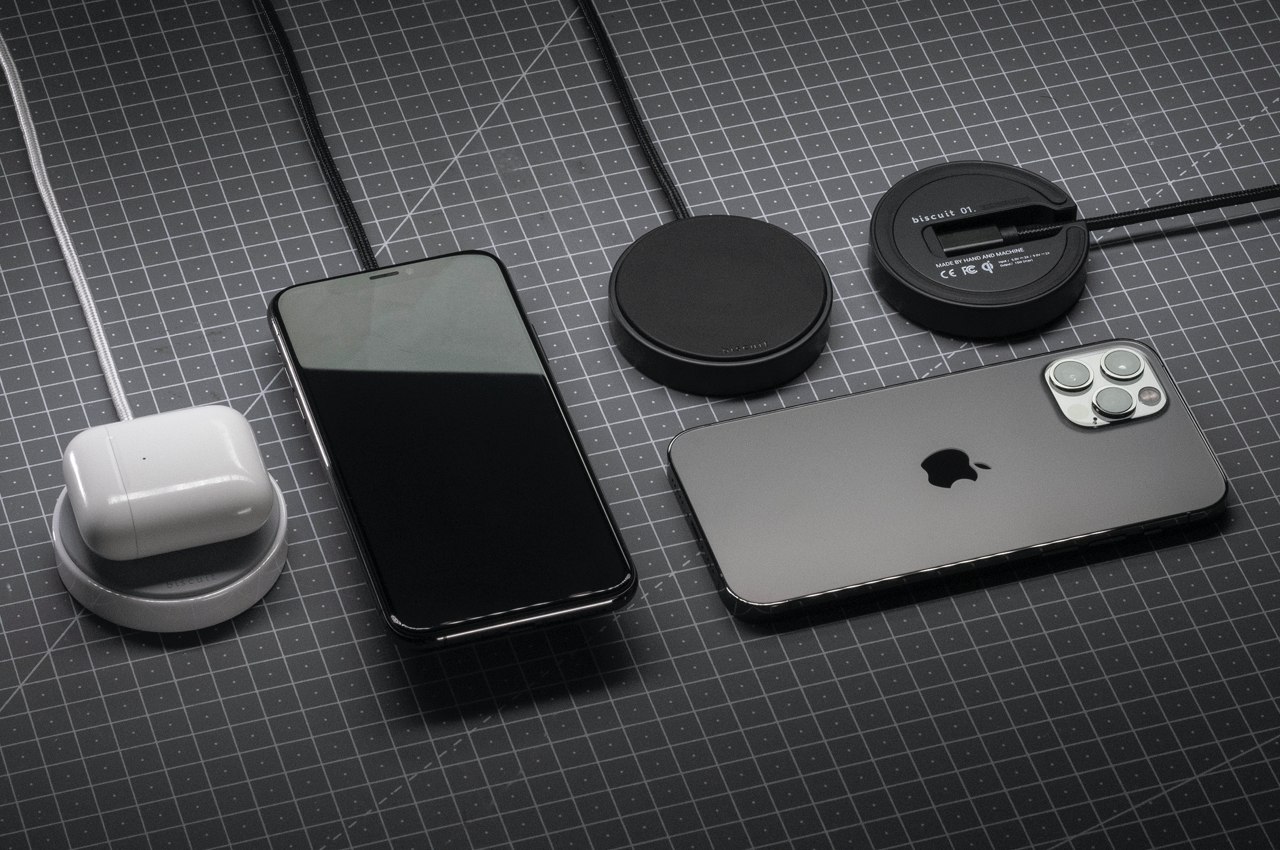 Planned obsolescence is a relatively new concept – old cars, telephones, toasters, radios, watches, they were all designed to easily be fixed with a little perseverance and a tool kit. Not so much the new products, which are designed with complicated circuitry, intricate robotic assemblies, and often a hermetically sealed design that’s completely tamper-proof. Take your wireless charger for example. Chances are you don’t know how it works or what’s on the inside, and if it stopped working, you wouldn’t pick up a screwdriver, you’d just pick up your phone and buy another one on Amazon. 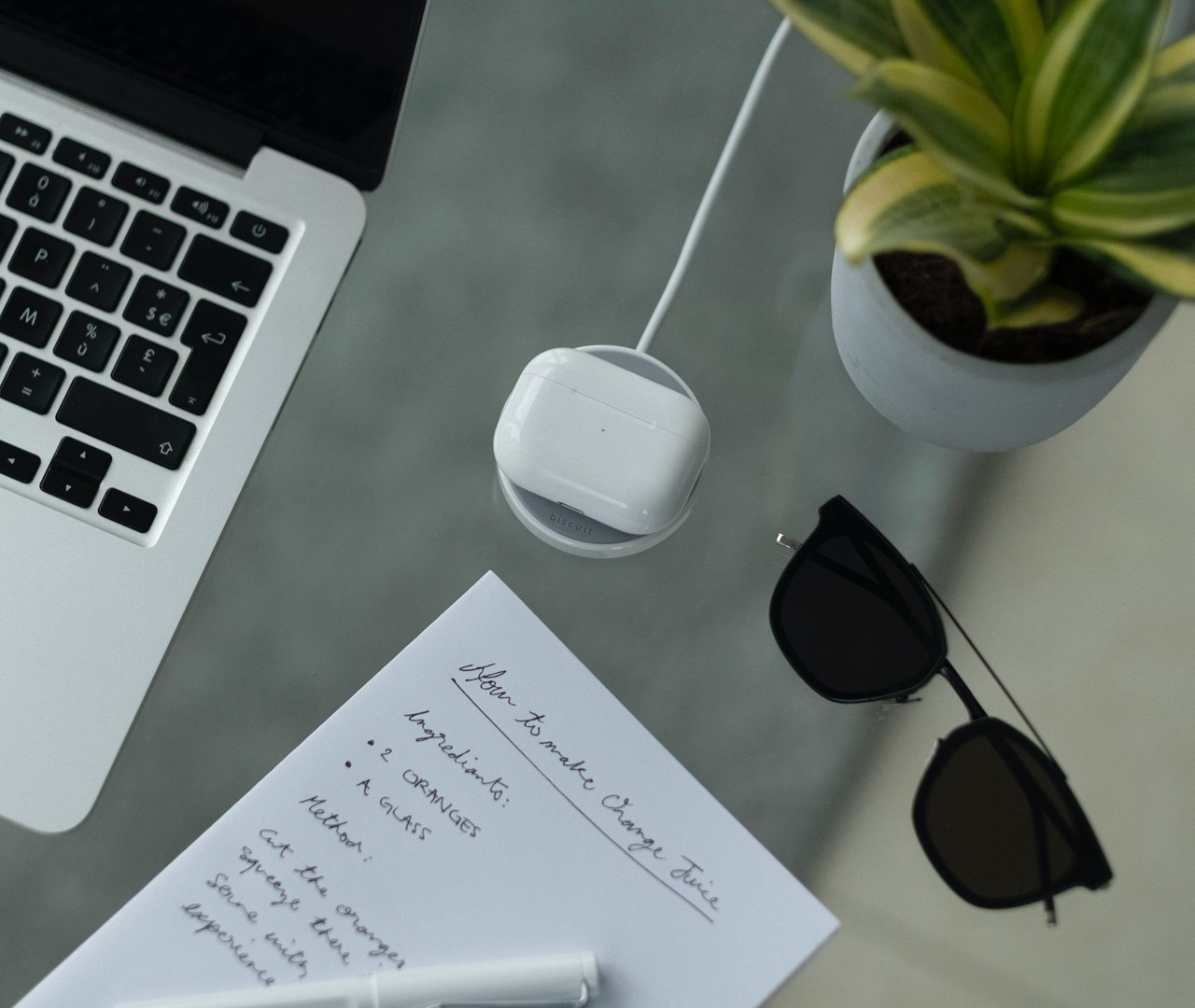 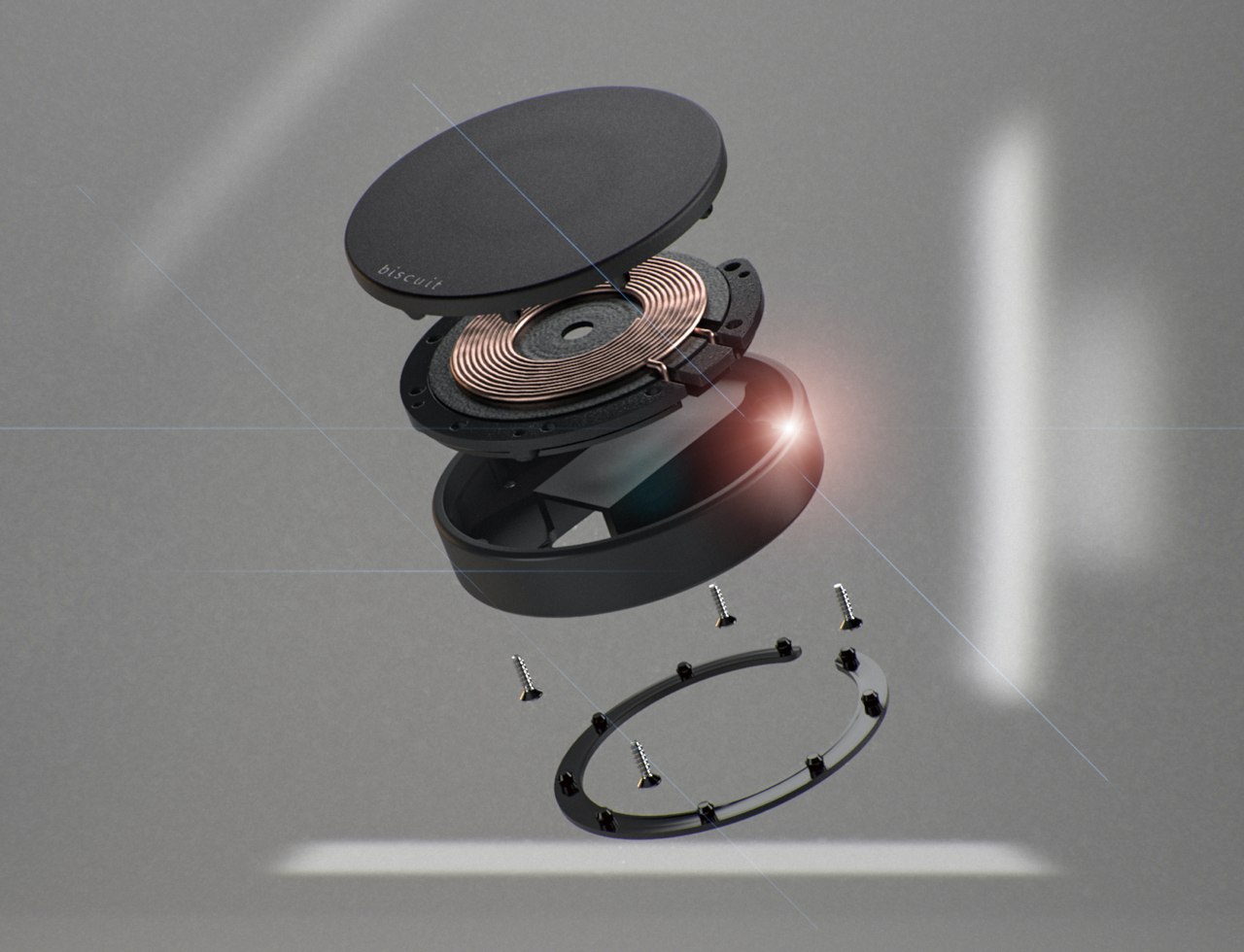 Designed without adhesives and can be taken apart in 20 seconds. If anything goes wrong, you can replace only what’s needed.

Designer Charles Duffy wants to change that fundamental approach. Biscuit, his first product on Kickstarter, is shattering the belief that tech should be replaceable. Instead, the wireless charger is purpose-built to be easy to use, understand, and upgrade. Designed with a stunningly smooth and luxurious Zirconia ceramic body, Biscuit is robust and damage-resistant, which makes it less prone to breakage, and has a replaceable assembly on the inside, which means you can just swap out the parts if and when you want or need to! 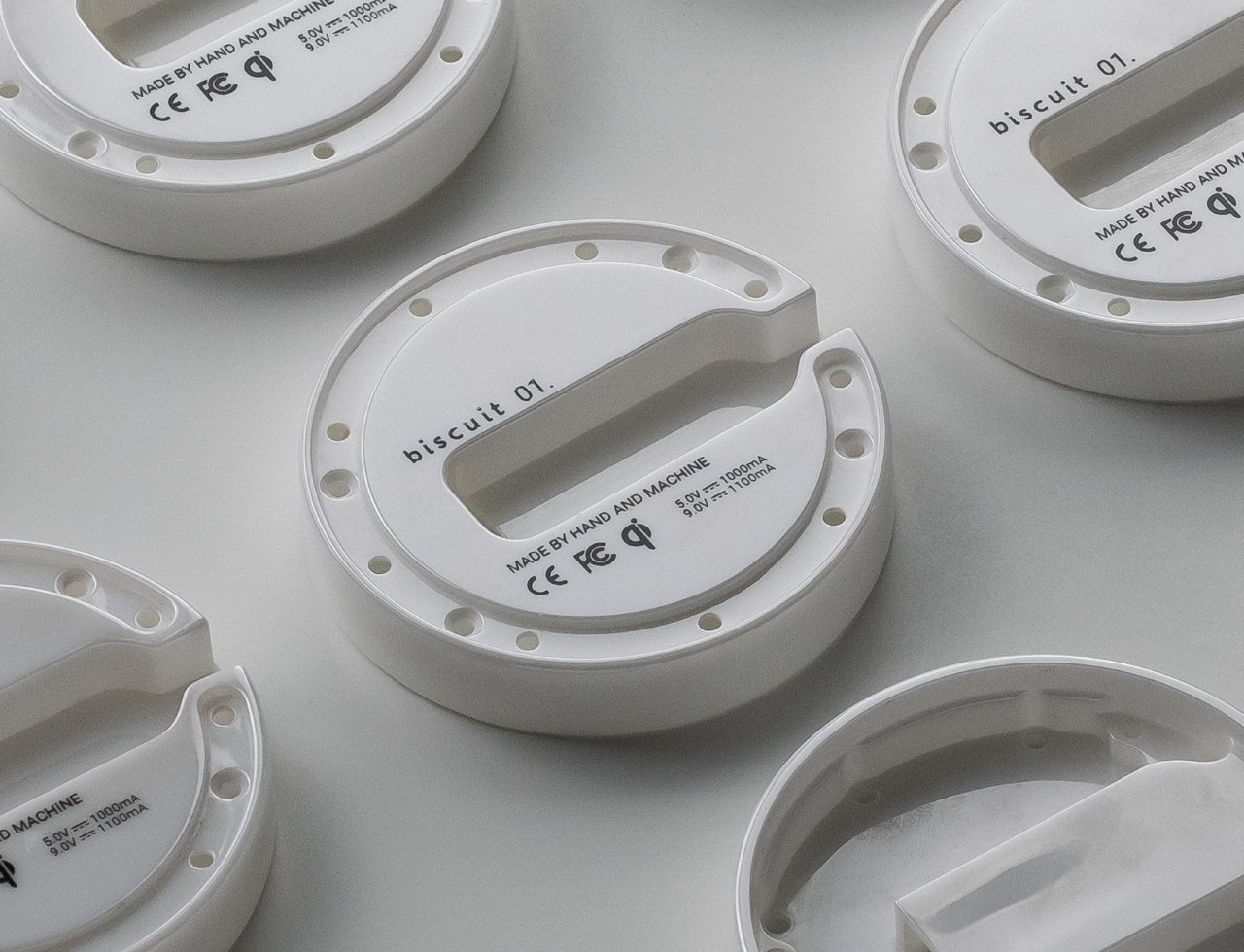 It isn’t often that you see wireless chargers made from Zirconia. It’s a relatively high-end material often found in premium knives, watches, and more prominently, in dental caps. Zirconia’s known for its smooth finish and the fact that it’s about as hard as a diamond. It seemed almost natural for Duffy to choose Zirconia as the material of choice for Biscuit – not only did it give the wireless charger a slick, smooth, premium look and feel, it also made the wireless charger practically invincible. Buy it once, use it forever, because wireless charging’s probably here to stay for another few decades. 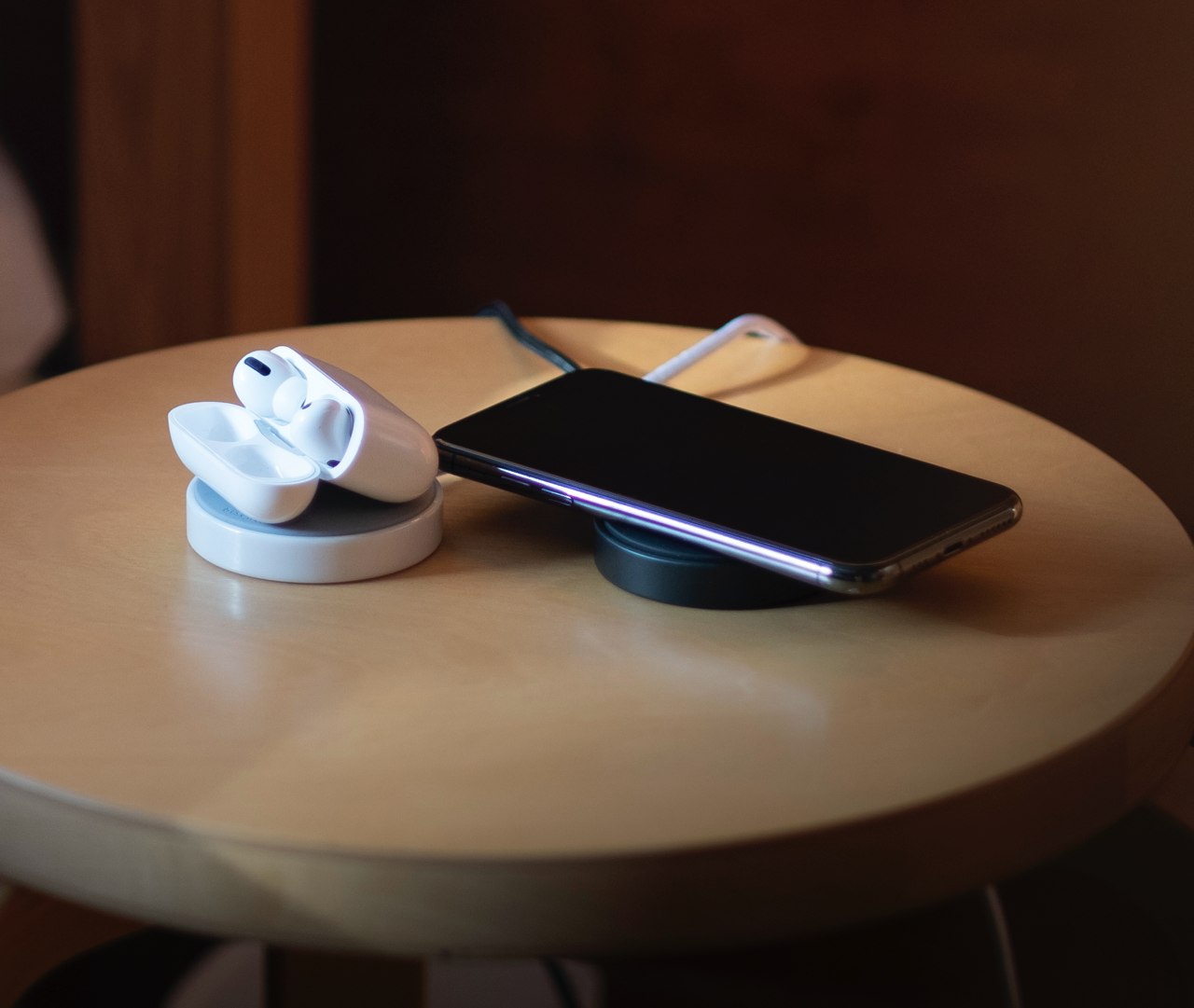 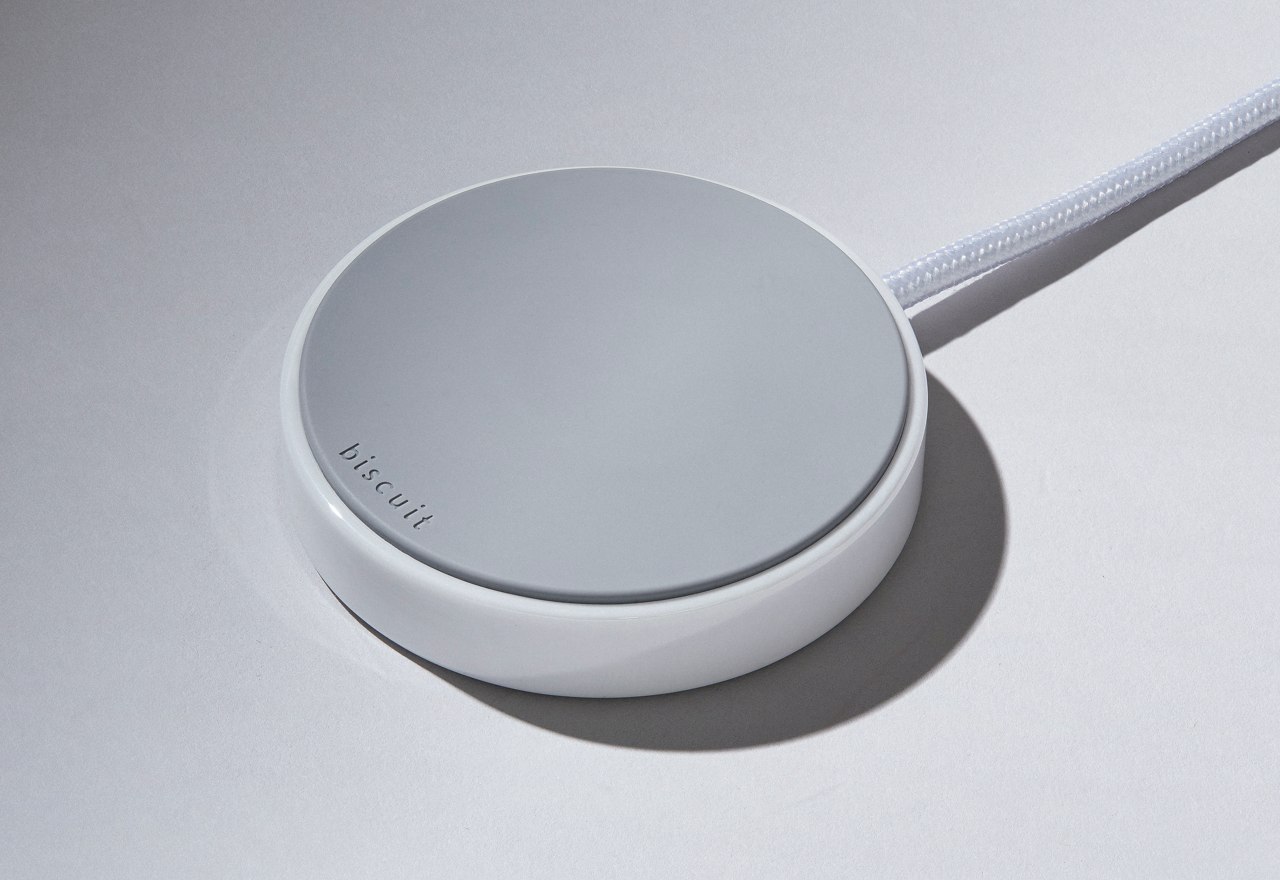 Biscuit’s design doesn’t use a single adhesive. Every part is either screwed or press-fitted in place, making it easy to open it up. The Zirconia body comes with a soft silicone pad on the top (to keep your phone on) and a silicone ring at the bottom to prevent the charger from slipping or scratching your table. On the inside, it comes fitted with a 15W wireless charging coil that can easily be replaced or upgraded as time goes by. Duffy plans on releasing upgraded coils with time and as the technology progresses, giving users the ability to retain their Biscuit charger for years and simply beef up its internals as and when they want. 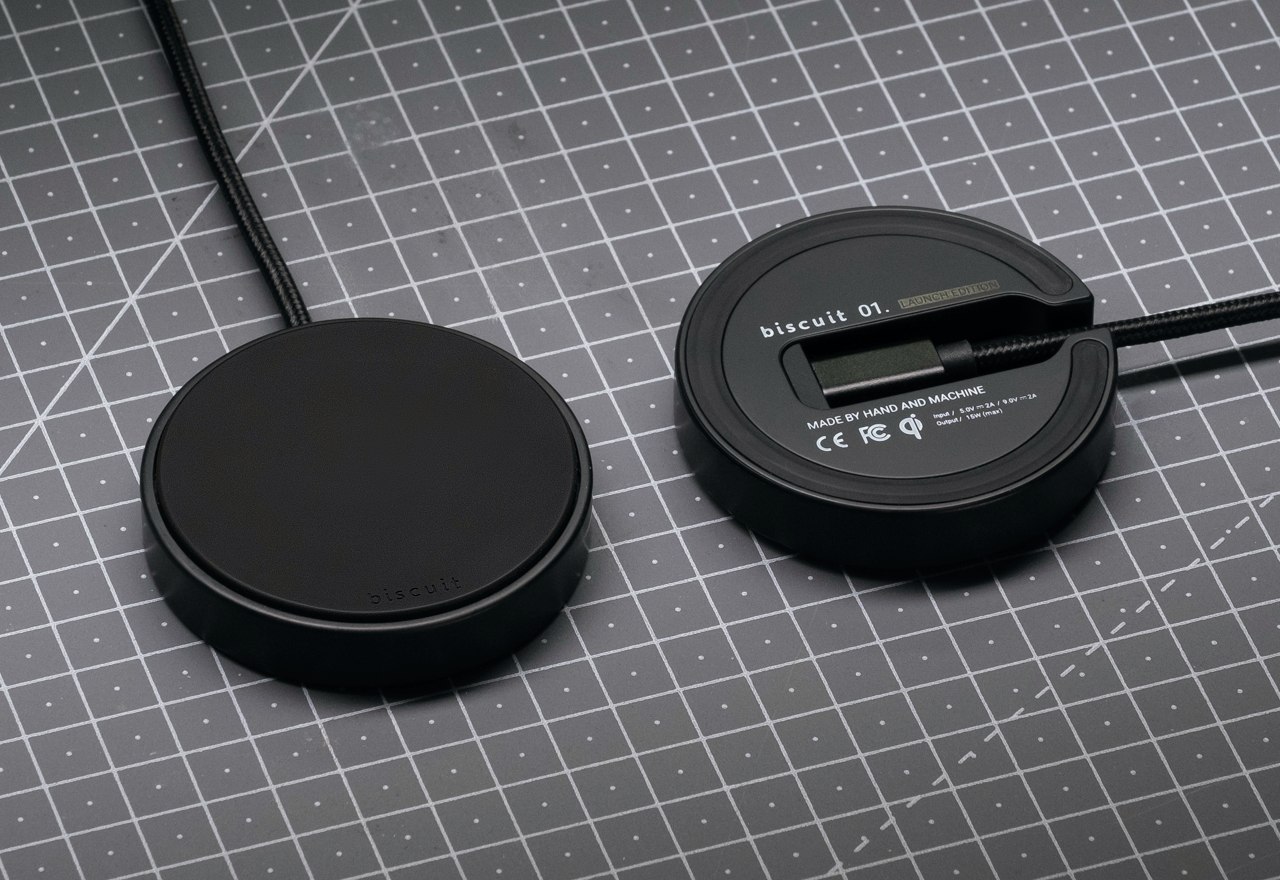 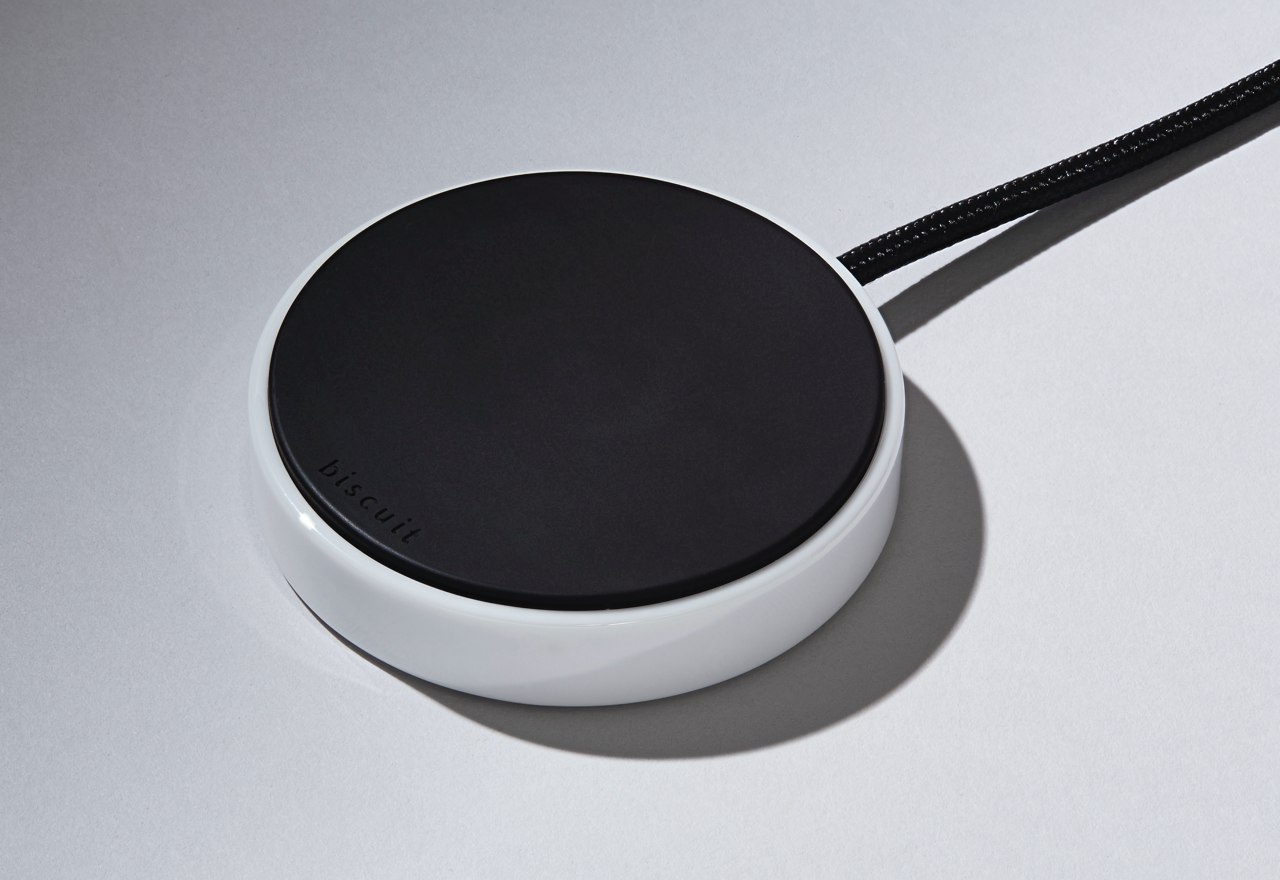 The slick little puck-shaped charger comes in all-white, a Zirconia-graphite black, or a mixed ‘Panda’ color-way. The charger ships with a neat braided nylon USB-C cable that tucks right underneath the puck as it plugs in, managing the wire so all you have is a monolithic disc-shaped charger and a matching cable emerging from inside it. Beautiful, no? Also a little bittersweet that there isn’t a single wireless charger out there that claims to be repairable.

The Jeep Wrangler YJ made its first appearance at the Chicago Auto Show in 1986, and the first consumer-oriented model rolled off the production lines…

This innovative composting crate can repair the earth’s soil

Earth. We’ve literally named our planet after the soil beneath us (even though the 75% of the planet’s surface area is water), yet with time,…

Special Teatime is a braille embossed thermos to aid the visually impaired in making the perfect cup of tea. The fancy art of brewing different…