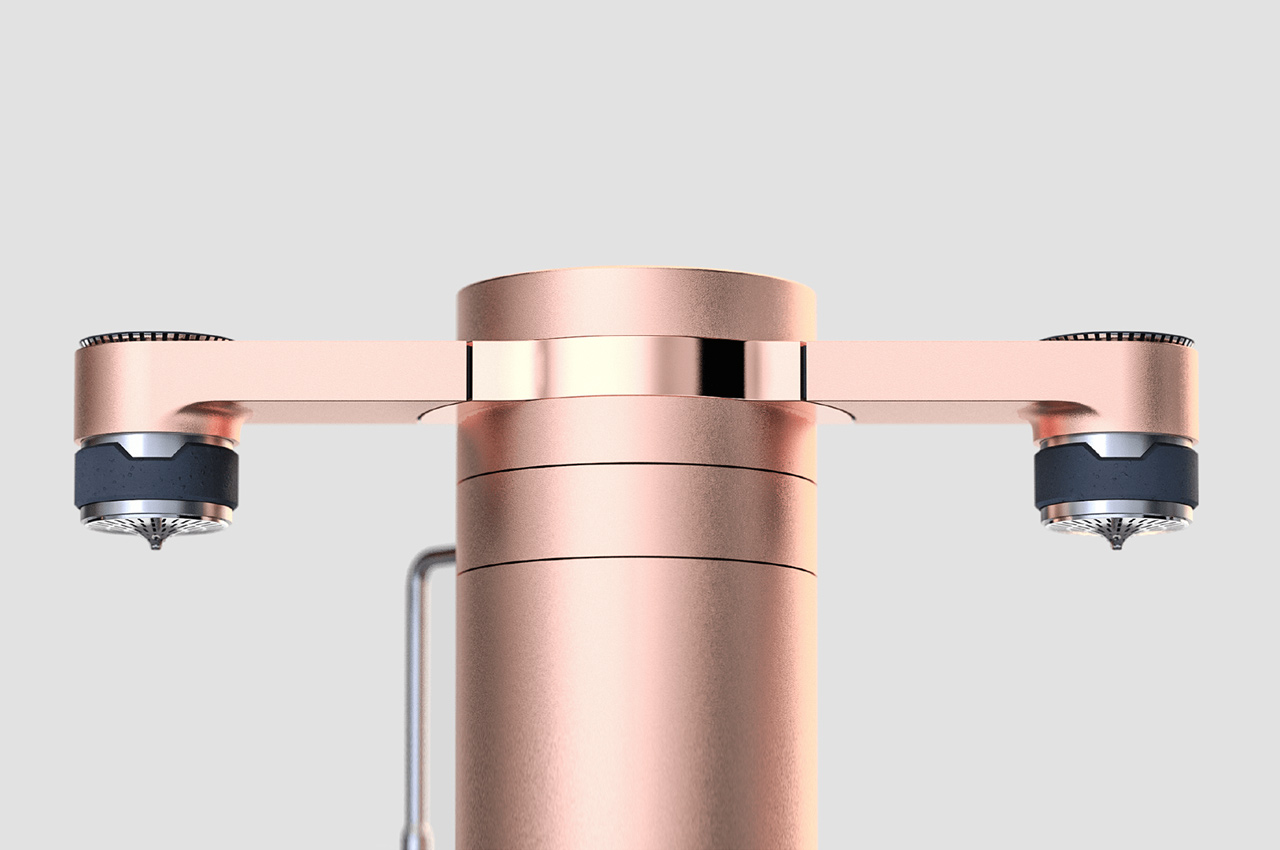 Now that coffee shops and tea houses around the globe are beginning to open their doors to the public, many of them are finishing up some major renovation projects. Whether through some traditional feng shui or reconstructing the shop to be semi-outdoor, new cafes are rolling out left and right. For example, Jonathan Meuer, a designer based in Germany, conceptualized a new coffee and tea bar called Duet that lets customers witness the art of making coffee before guzzling a cup or two down.

Considering the team of designers behind this larger project, Meuer was responsible only for designing the actual coffee and tea bars. However, looking at the project with a holistic eye, Meuer designed Duet to be a collaborative space for the cafe’s baristas and customers. Meuer ditched bulky machinery for minimal pieces whose intricate internal systems make up for their smaller exterior to find that open-air feel.

Two portafilters equipped with traditional bottomless filters and without handles were incorporated into Meuer’s design, showing off that concentric flow we usually see when an espresso brews while easing the stress put on baristas hand work. The cup holders and brewheads are constructed from stainless steel and copper with silicone accents to stay cool to the touch. The bar’s steam wand was designed to be accessible and operable for baristas with physical disabilities, rotating freely on a ball joint and around the full outer ring of the machine’s center column for 360-degree access.

Meuer aimed to give the art of making coffee a stage. The stage he envisioned creates a horseshoe shape with the coffee machinery placed in its center. Customers can pay at the rotating POS device, which is coated with a shiny copper finish, and then watch as the magic pours from each portafilter into ceramic mugs designed and created by Franziska Welke. Since coffee makes each and every one of us feel like a God, Meuer gave the bar high dark stone countertops and cladded its front with diagonal wooden panels to make the coffee shop feel like the temple we all know it really is. Once customers grab their coffee and get ready to chug, they can sit beside the baristas and continue to watch as the magic happens. 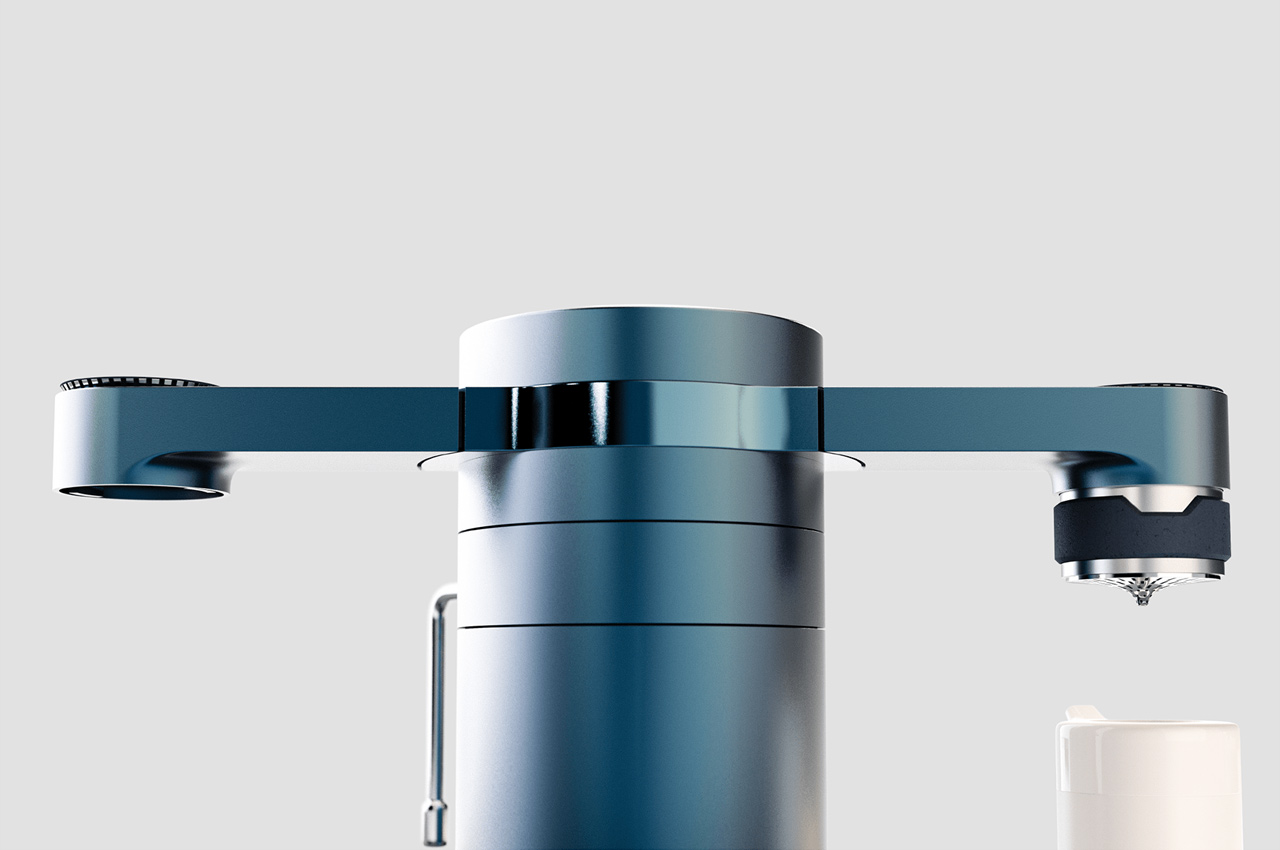 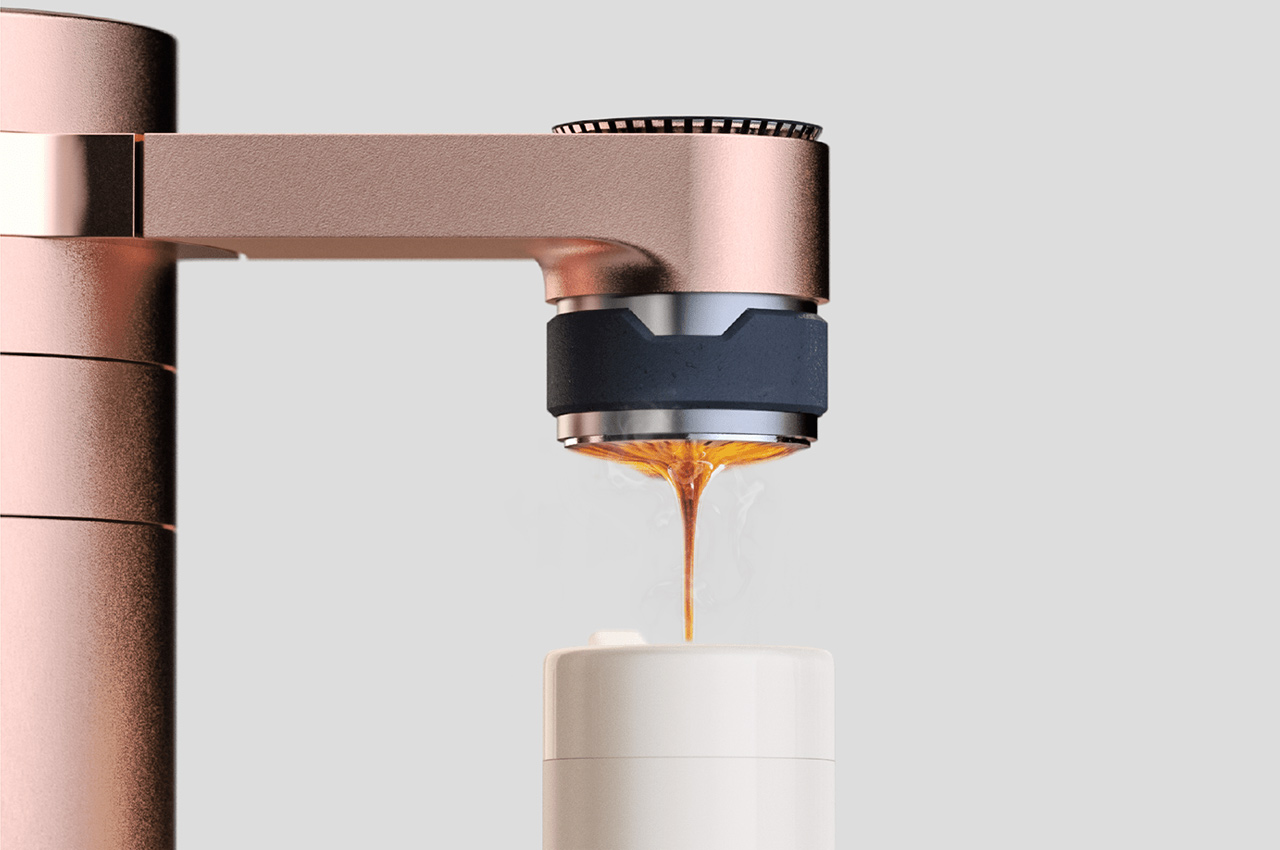 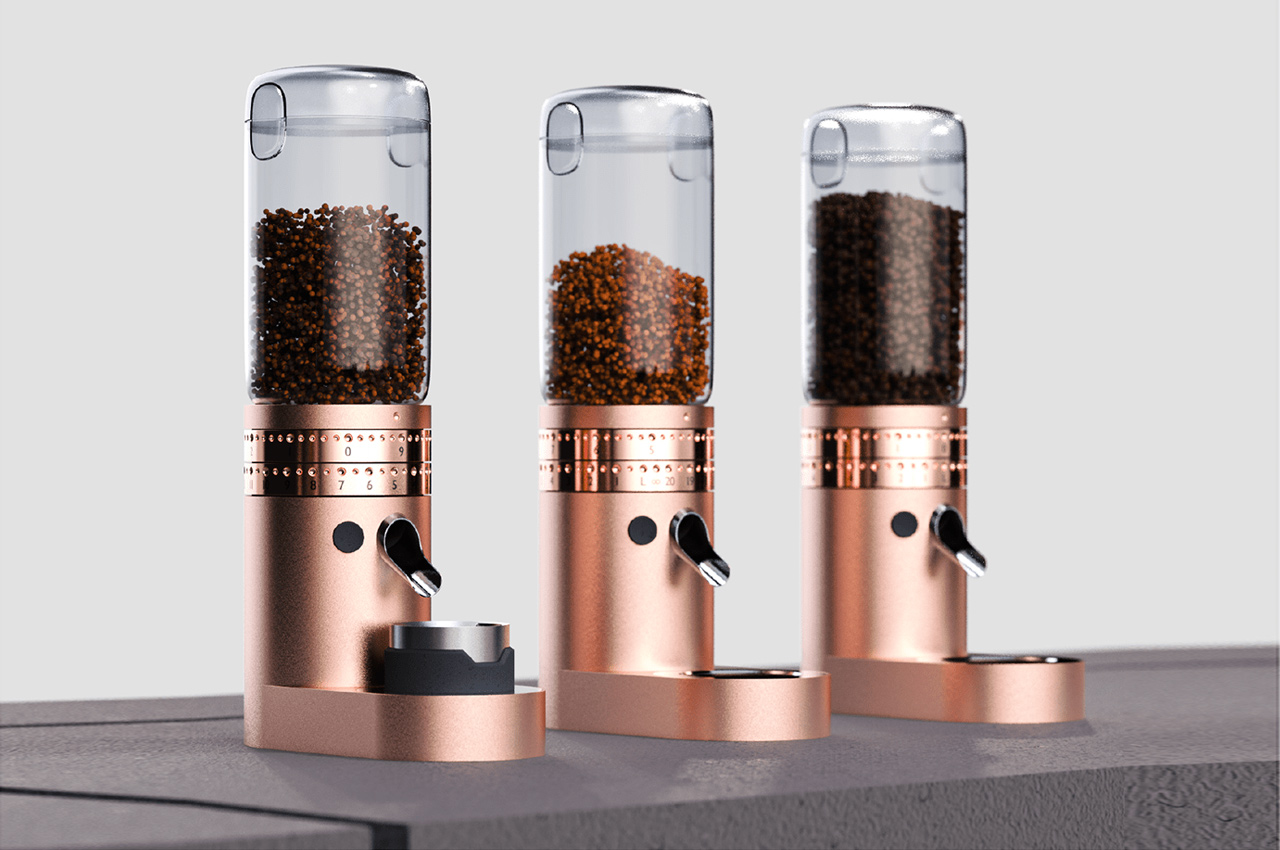 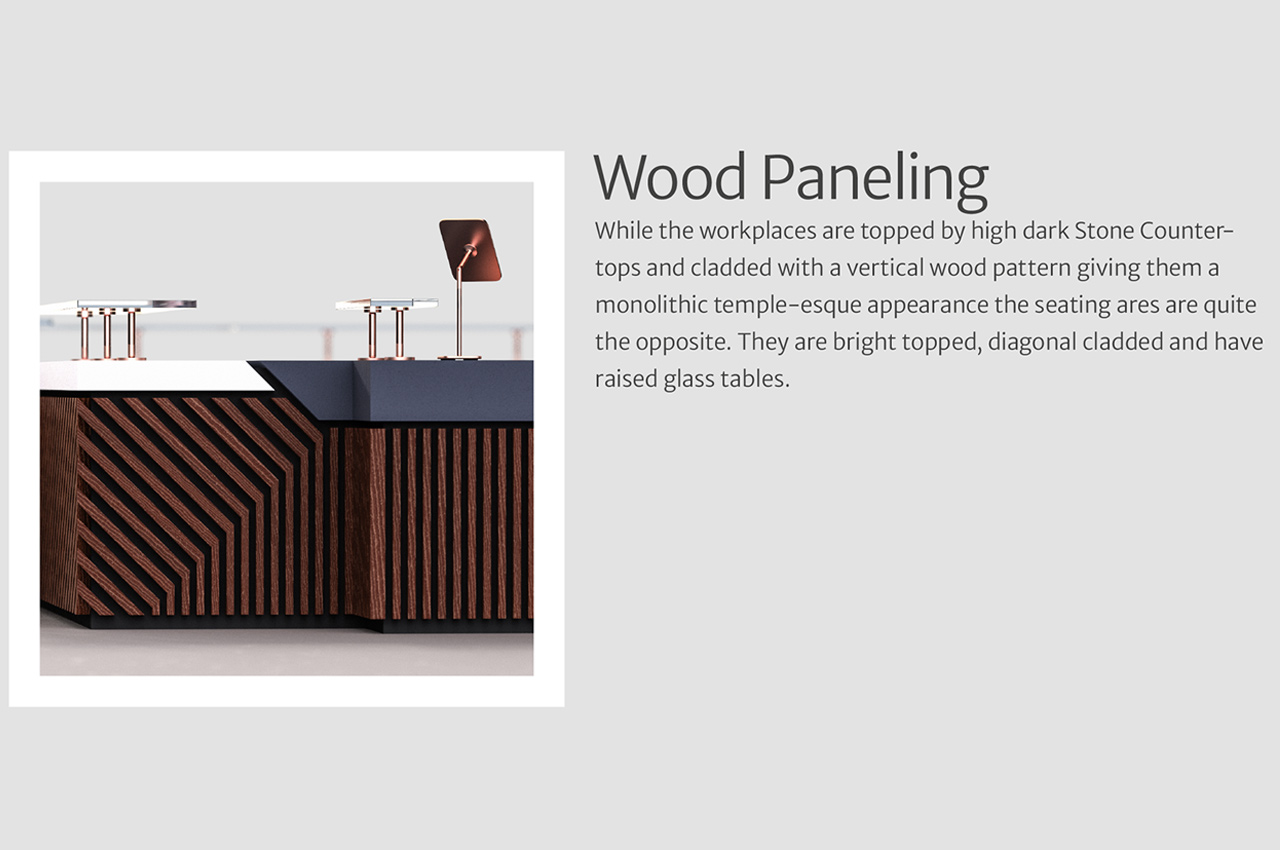 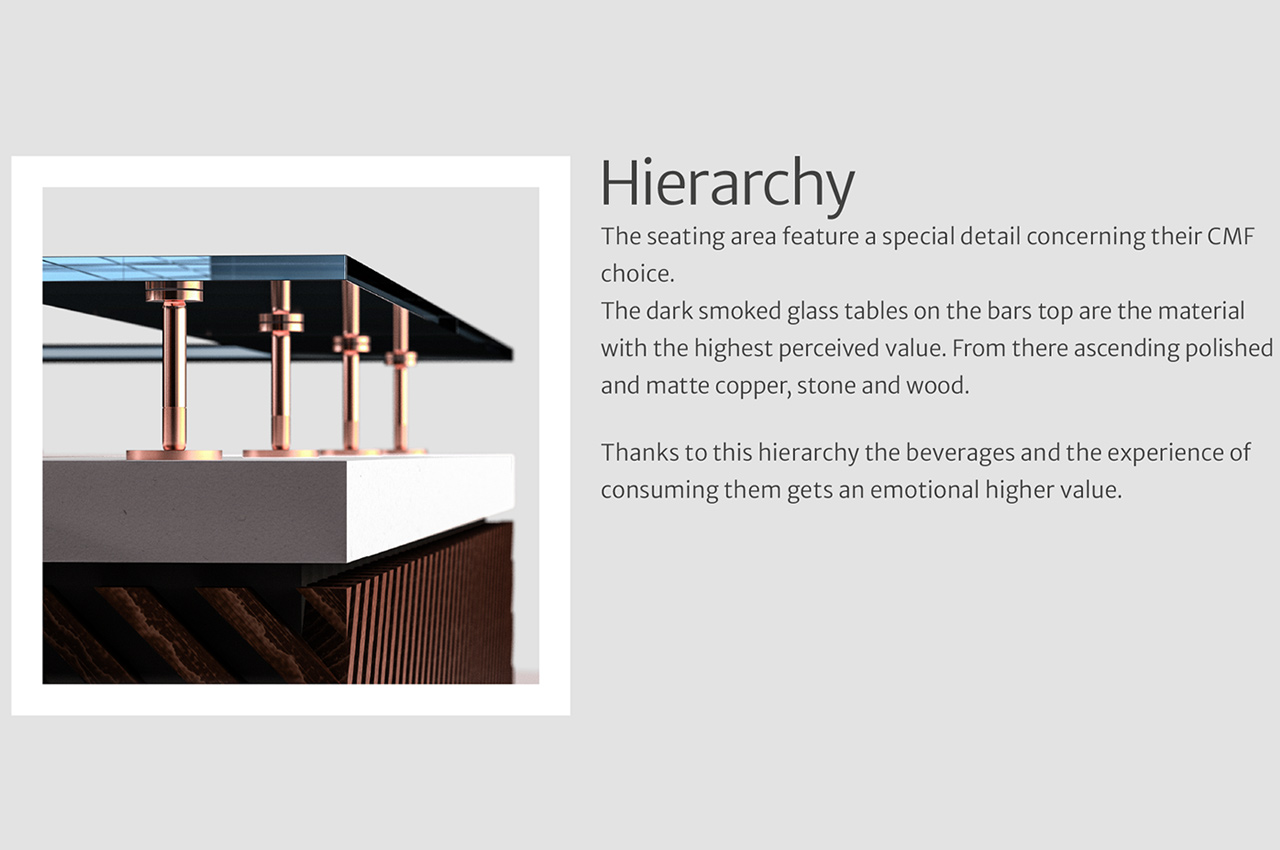 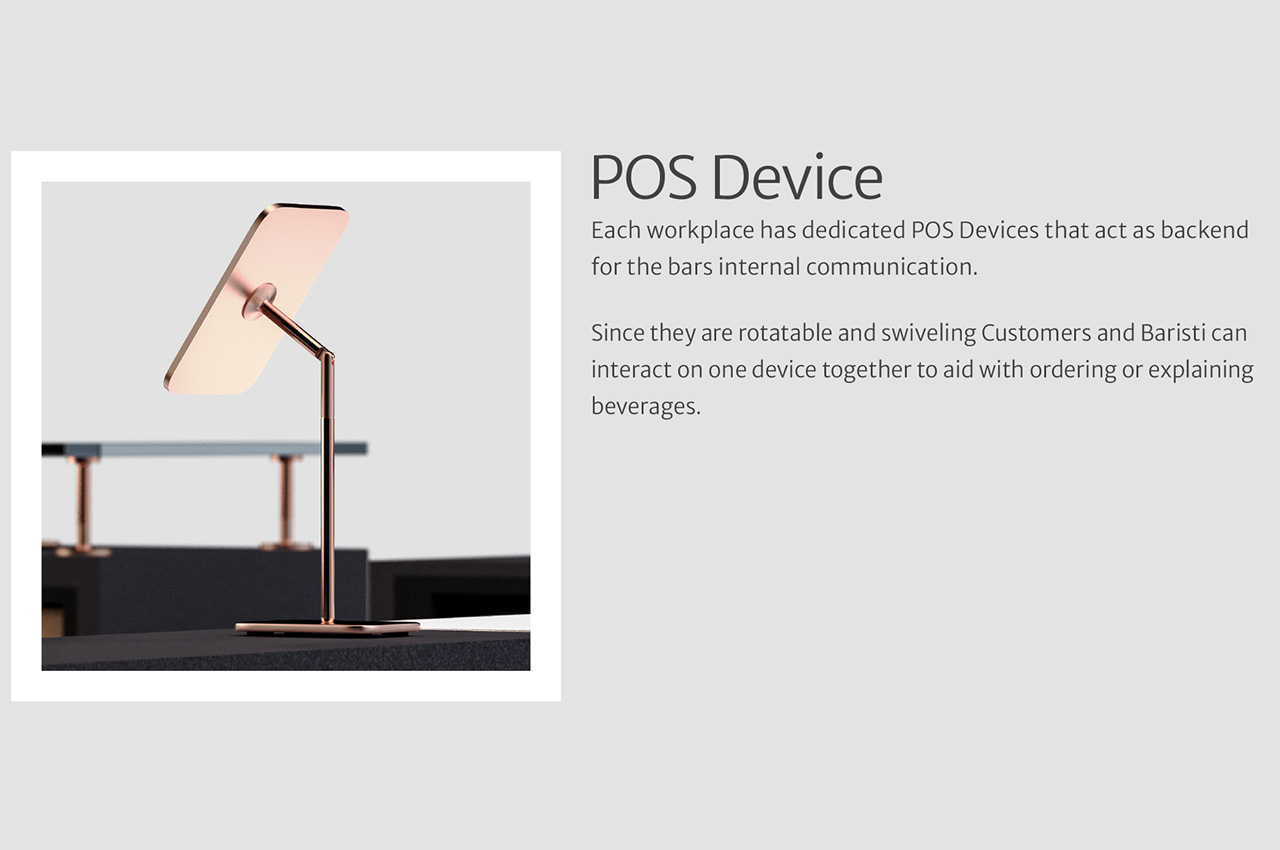 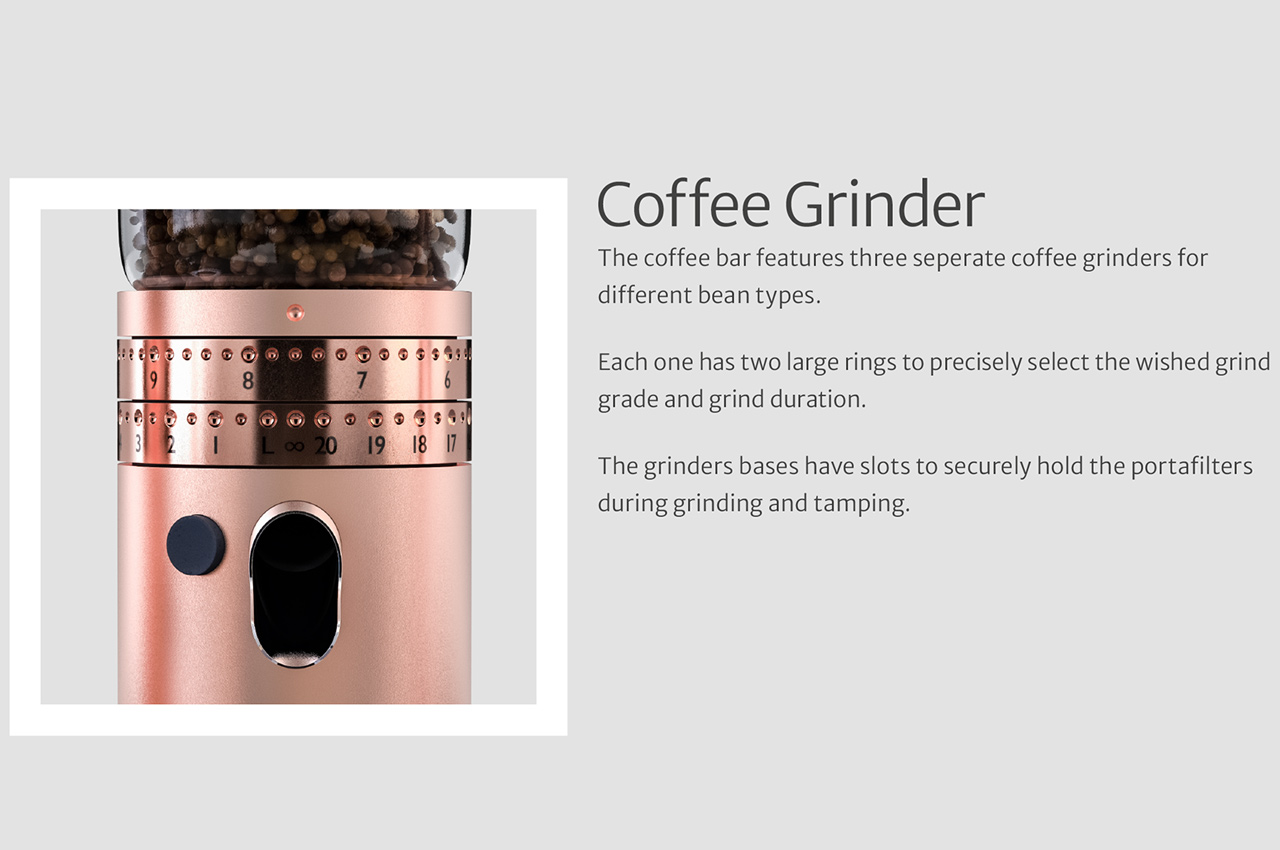 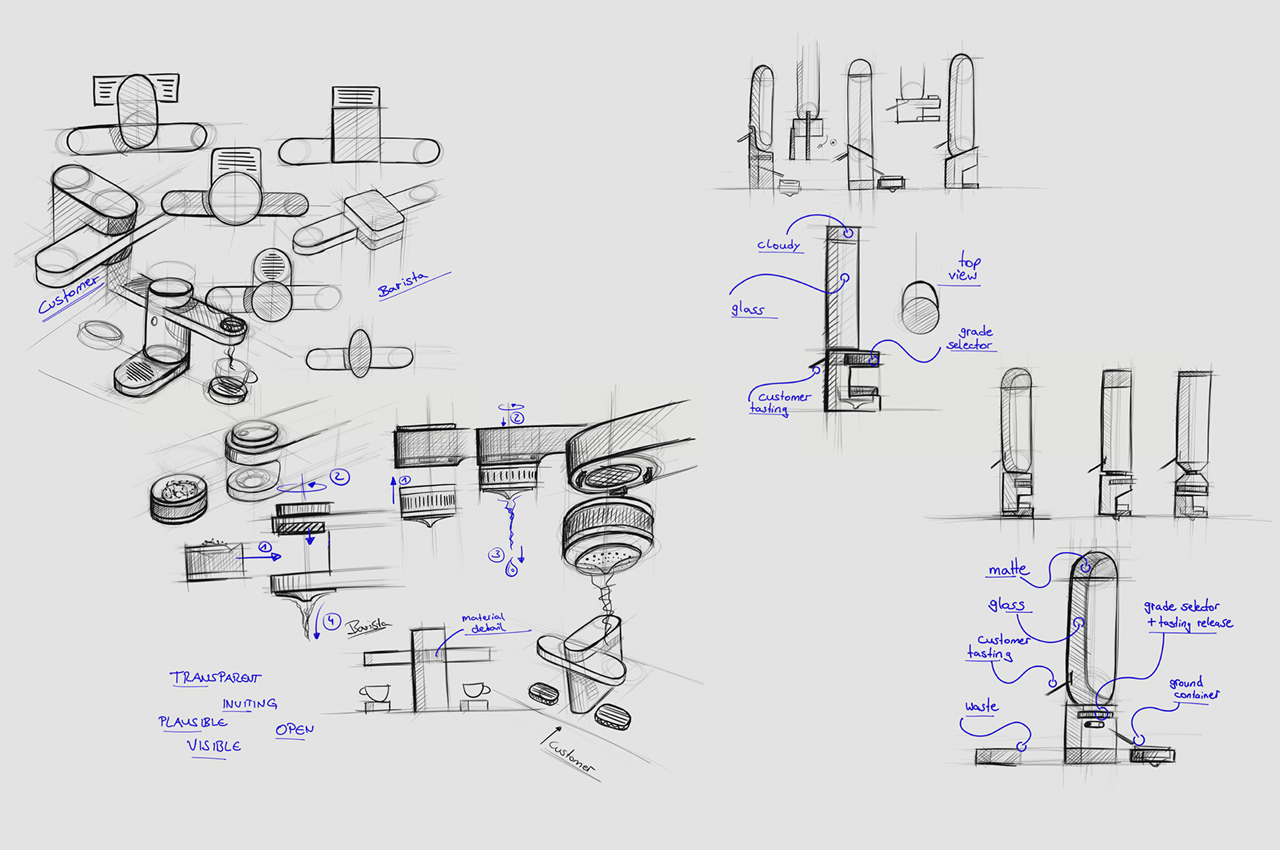 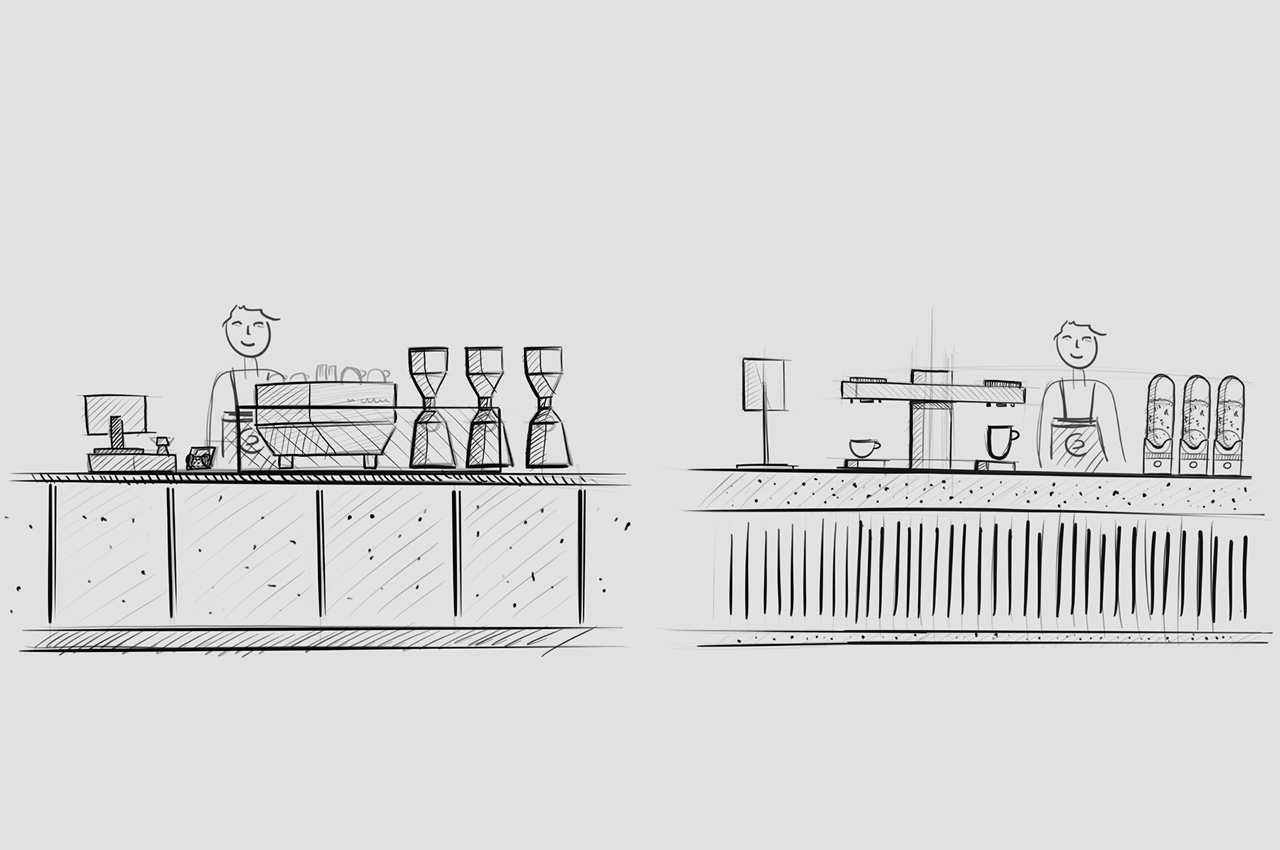 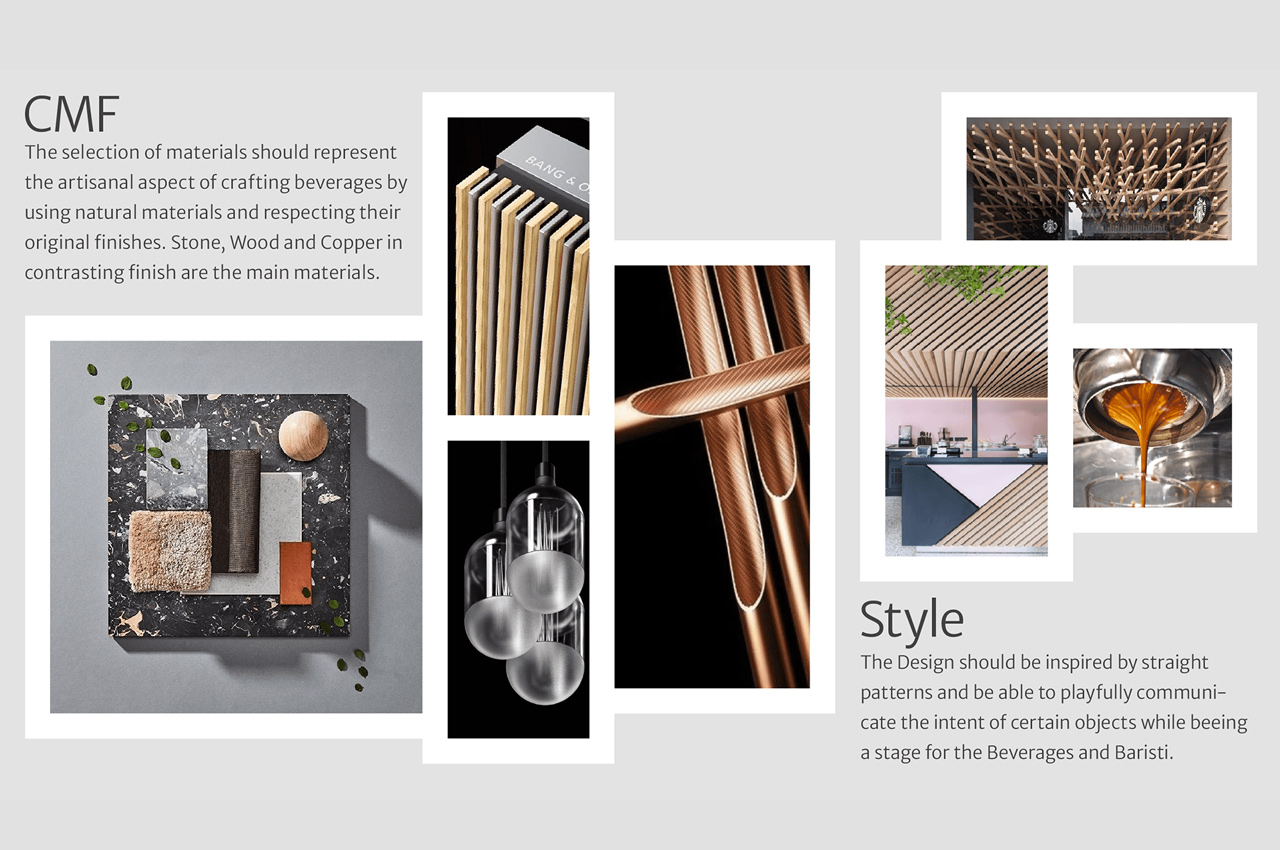 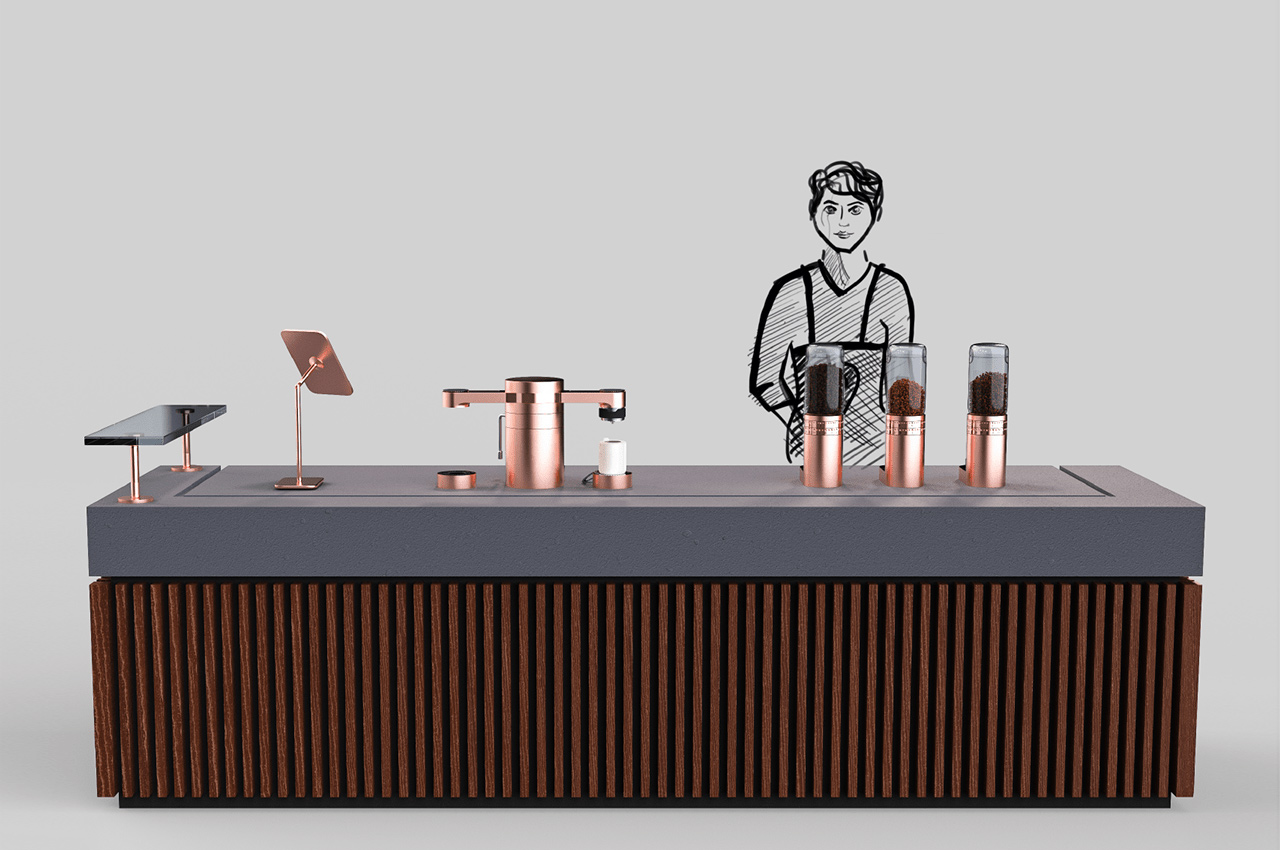 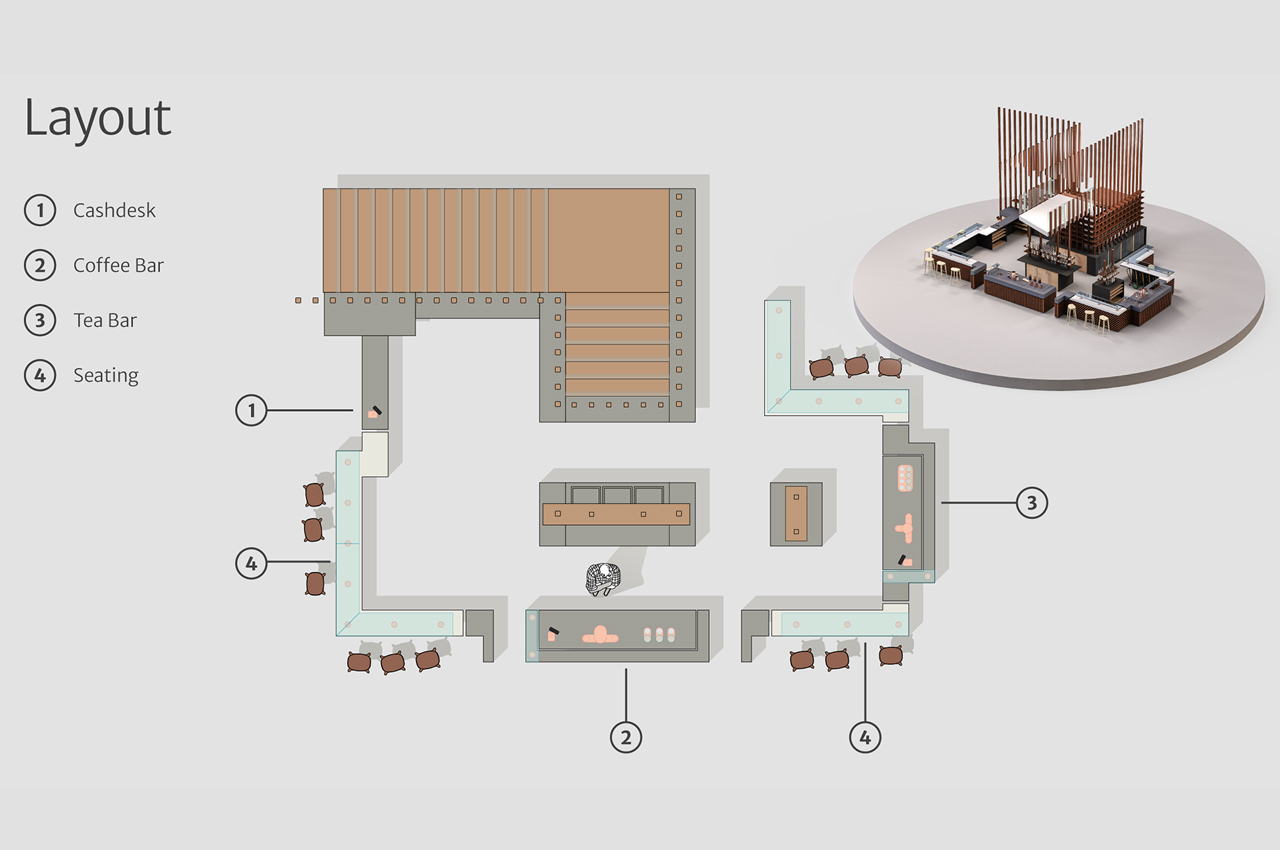 This space-saving TV unit doubles as a cozy home for your beloved cat!

Pets infuse a new spurt of energy into your dull life, and they deserve all the love and comfort one can shower them with. Sure…

A Burning Desire to make Art

Any Photoshop users? Remember the Burn tool? You can own one now! FEBO is a literal burn-brush that allows you to paint with sunlight! Using…