It would be an unfair characterization to call LEGO a child’s toy. Clearly, the product’s an incredibly engaging and interactive DIY system for adults too, and has been used for everything from scale-down models to art projects, to even the rare full-size LEGO supercar… but rarely has LEGO been used as an actual material to build a real, working product.

Trust wacky DIY YouTuber and musician Burls Art to take on a challenge though. The guy’s literally made guitars from the most absurd materials, including a skateboard, a shovel, and even 5000 coffee beans. His latest project? A bass guitar out of LEGO bricks… wait, let me be more specific, a fully functional electric bass guitar made from 2000 LEGO bricks. 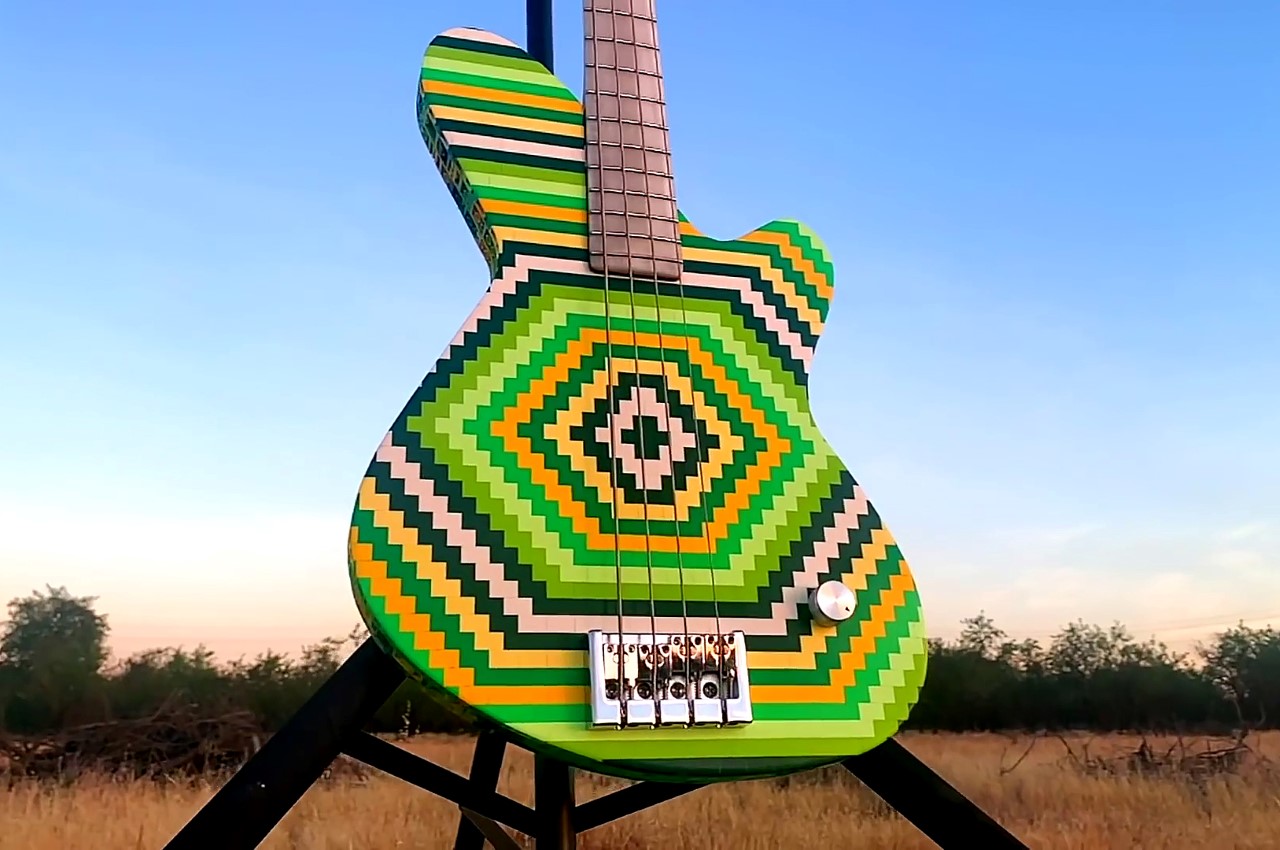 In the video, Burls Art details how LEGO is a pretty great choice to make the guitar in the first place. The interlocking pieces are pretty robust and the fact that you’ve got LEGO bricks in different colors makes it pretty easy to design your own pattern on the guitar. To assemble the piece, Burls plugs the LEGO pieces together in sheets, before layering them one above another and pouring epoxy resin to really seal them in place (the last thing you want is to have a guitar falling apart when you play an exceptionally funky slapping bassline). The guitar also uses a maple-wood board on the inside to reinforce it like a spine, to counter the amount of pulling force the strings will have. The wood + epoxy fretboard’s made from scratch too, as well as the headstock, which again uses LEGO bricks. 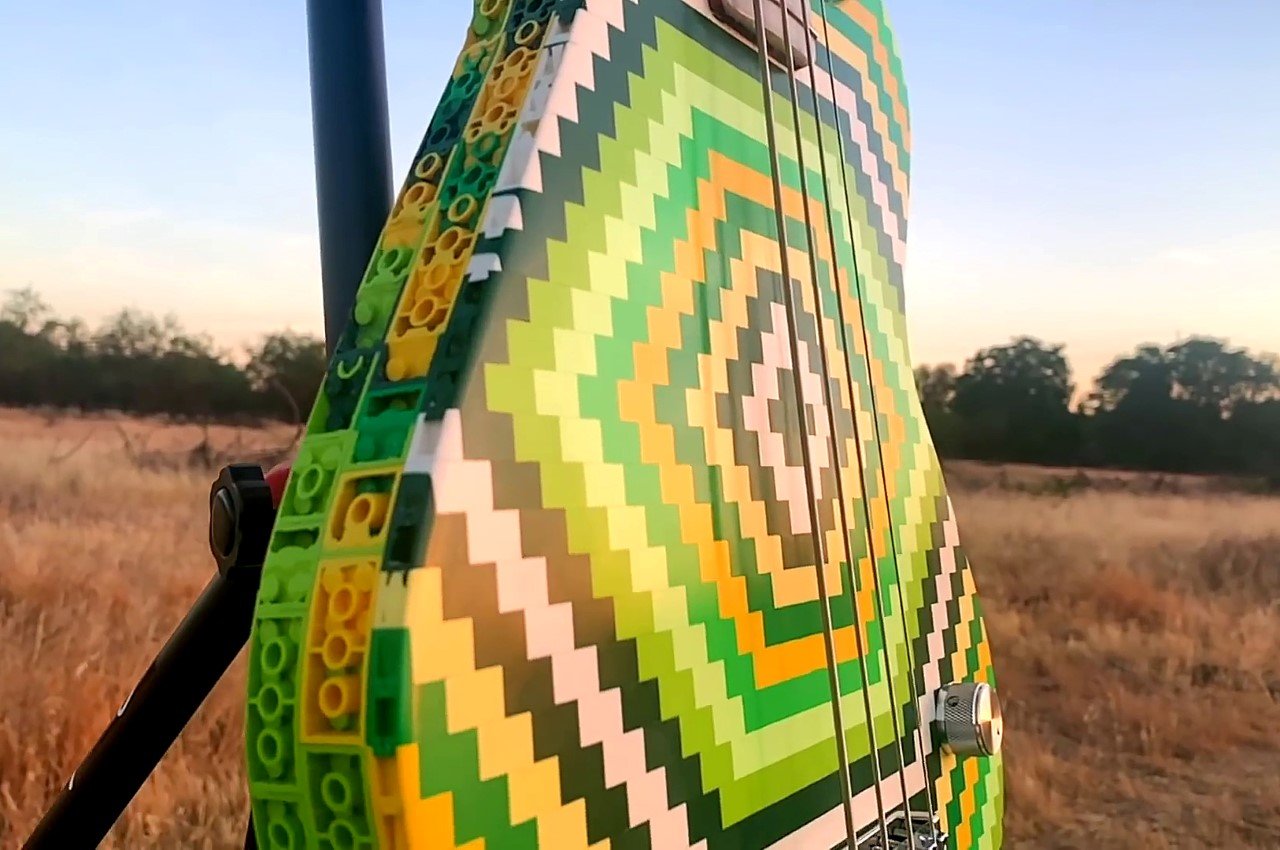 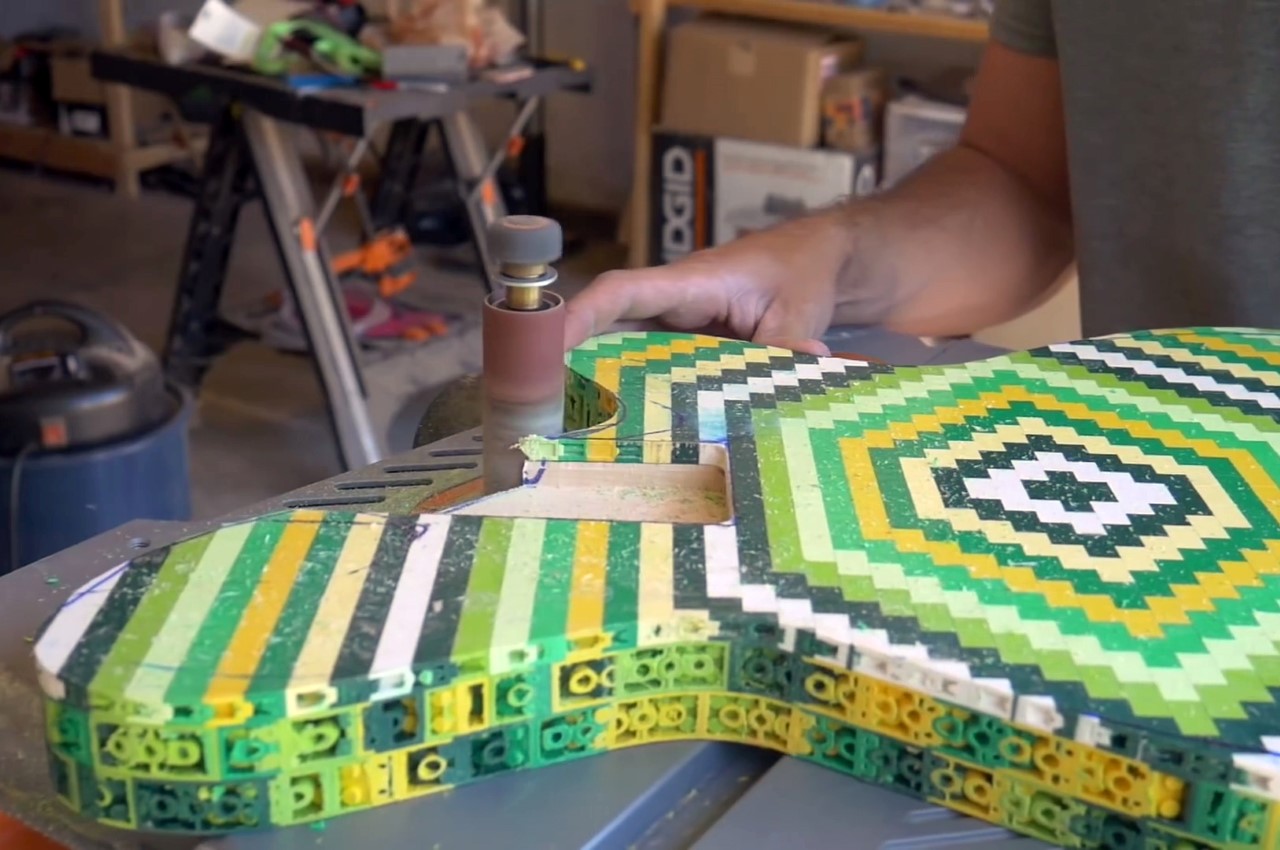 Once the guitar’s main body is assembled and the epoxy’s set, Burls drew the profile of the guitar on it and went to down using a sanding machine to cut the shape out. Unfortunately, this meant that the guitar wouldn’t have the LEGO brick’s signature pixelated silhouette, but then again, that guitar wouldn’t really be comfortable to play either. You can, however, see the brick’s hollow underside along the edge of the guitar. Burls decided not to fill in those uneven gaps with epoxy because it would unnecessarily add to the weight of the instrument. The overall piece weighed around 7 pounds, which was ideal for an electric bass guitar. 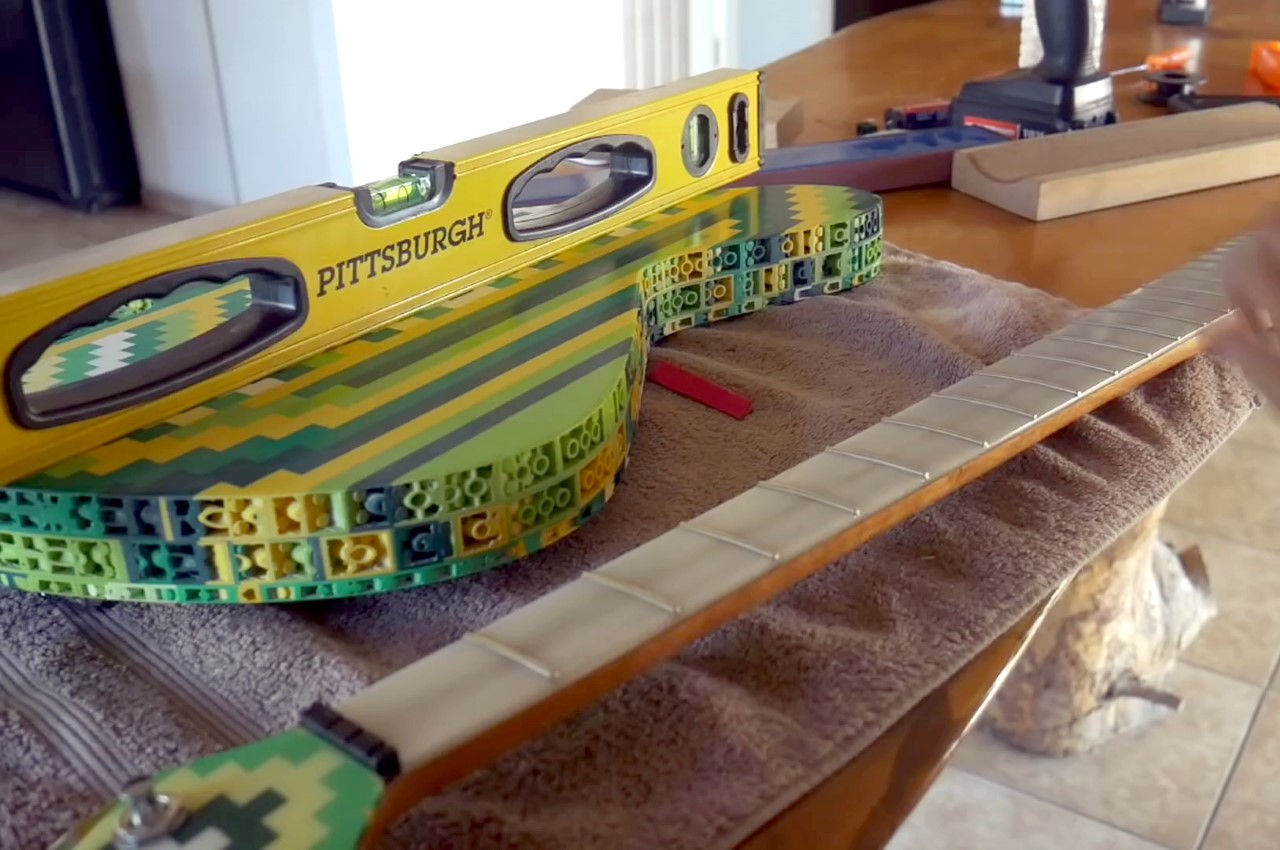 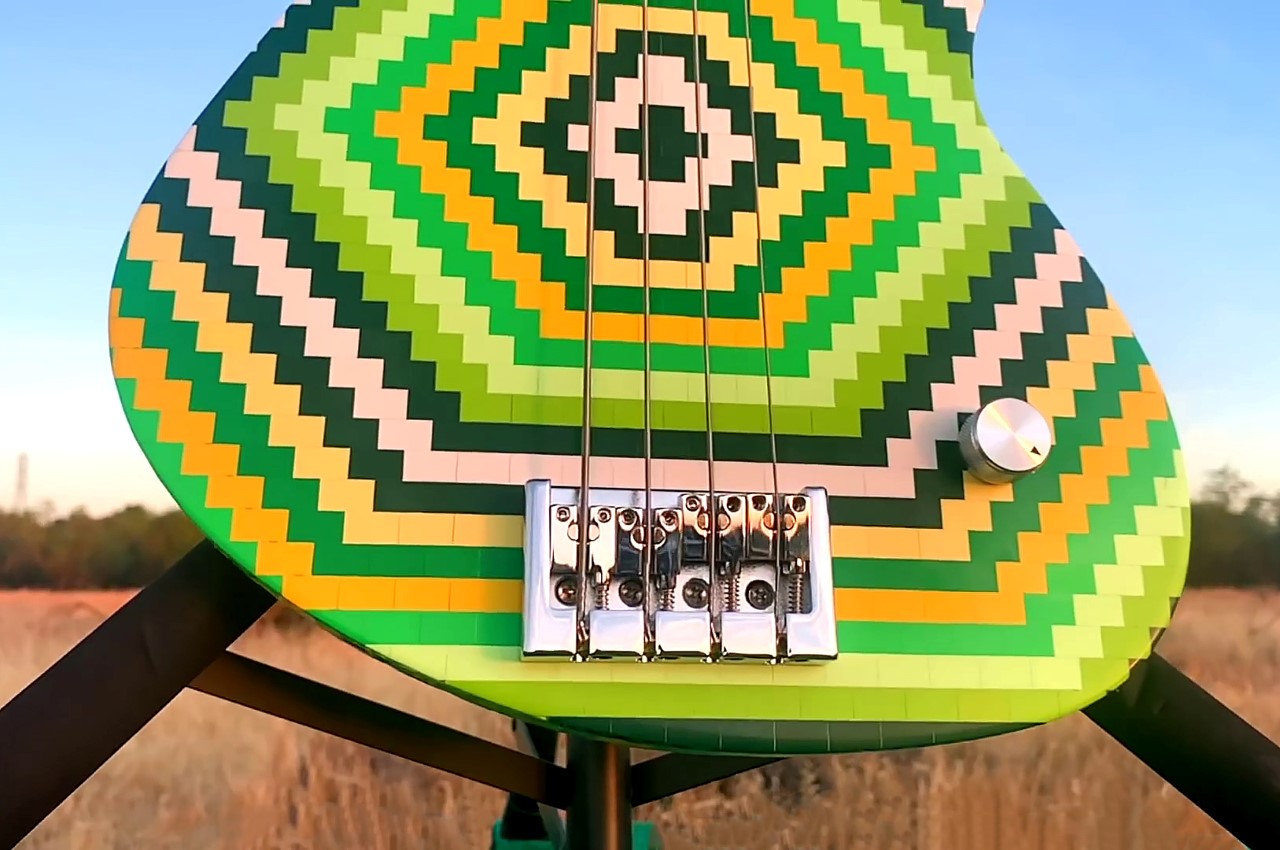 Once assembled, Burls took his new instrument out for a spin. He started off by playing the iconic Seinfeld bassline (at the 10:18 mark), before finally creating a neat composition using a combination of his LEGO bass, and his color-pencil guitar.

The novelty of the project aside, it’s rather fun to see how the LEGO bricks are used as an actual design/prototyping tool. With a little epoxy resin and a sander machine, it’s pretty easy to create your own prototypes too. It’s arguably faster than a 3D printer if you do your homework beforehand, and you don’t need to worry about multiple-filament 3D prints to get a colored output… just use colored bricks! 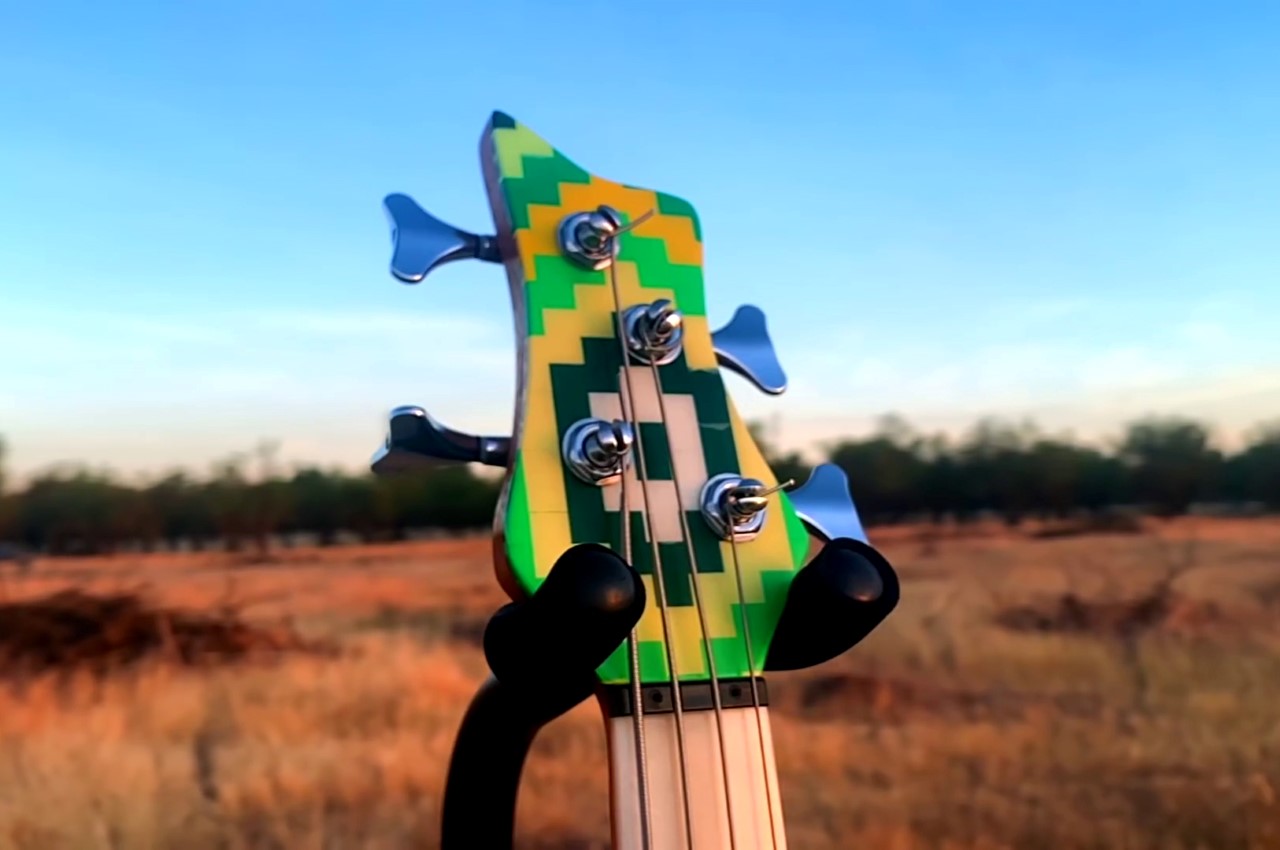 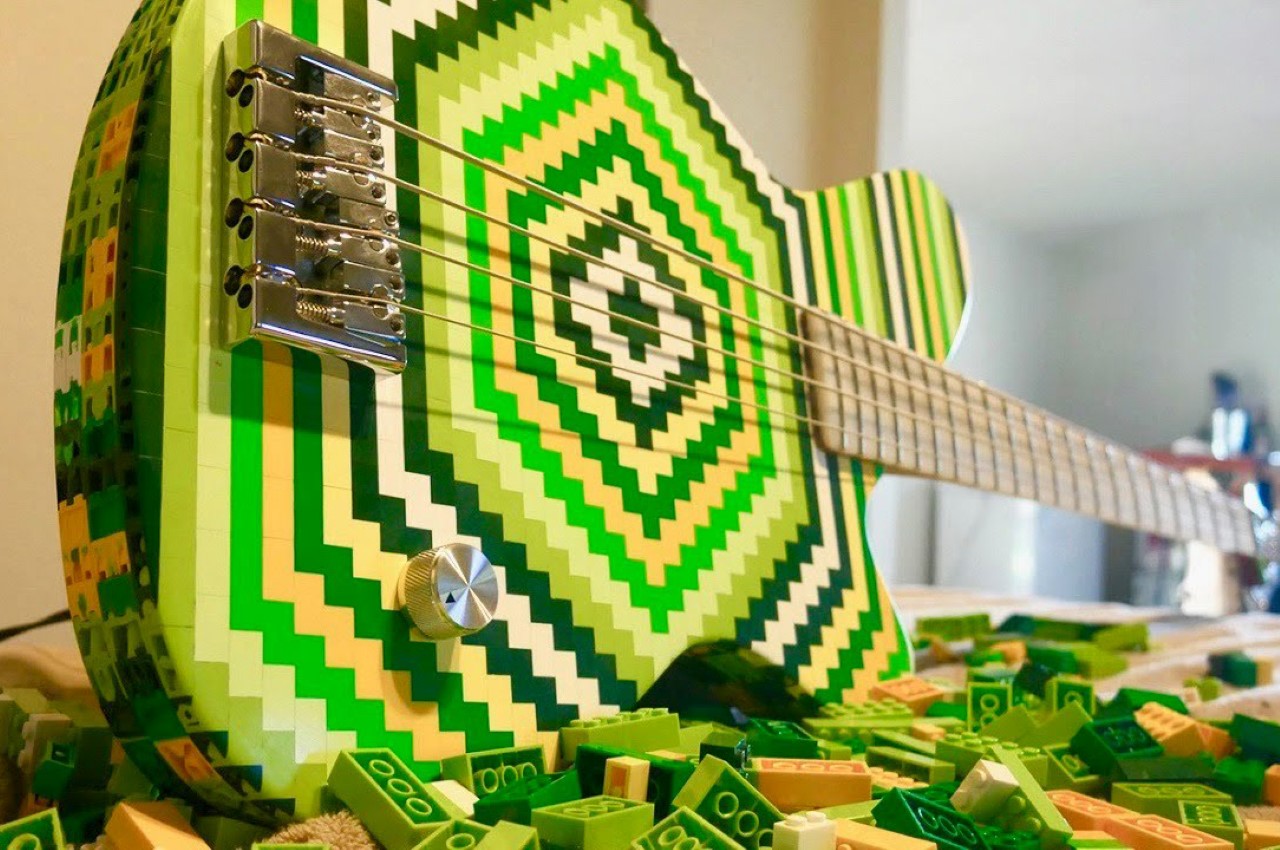 Re-Source – Better Kitchens for the Future

Here is a very special sneak-peek at what the students of Domus Academy have been up to. Electrolux commissioned the product design students to come…

A Coffee-cup Designed for Everywhere and Everyday

https://www.kickstarter.com/projects/1866166409/swig-reusable-coffee-cup Imagine a cup of coffee. Imagine its shape. A distinct form will come to mind. A cylindrical/tapering-cylindrical vessel, probably white in color, made of…

The Locko is an outdoor water tap meant for installation in gardens and public areas. The concept addresses the need for keeping these faucets secured…