Designed over a period of 8,660 hours with more than 400,000 bricks, this Lamborghini Sian FKP 37 is the closest thing to the real deal! Earlier last year, Lamborghini and LEGO co-created a 1:8 replica of the Sian car… This year, they pushed the limits to build this incredibly realistic beast that looks stunningly like the original (in both shape and size) and weighs a mind-numbing 2.2 metric tonnes! 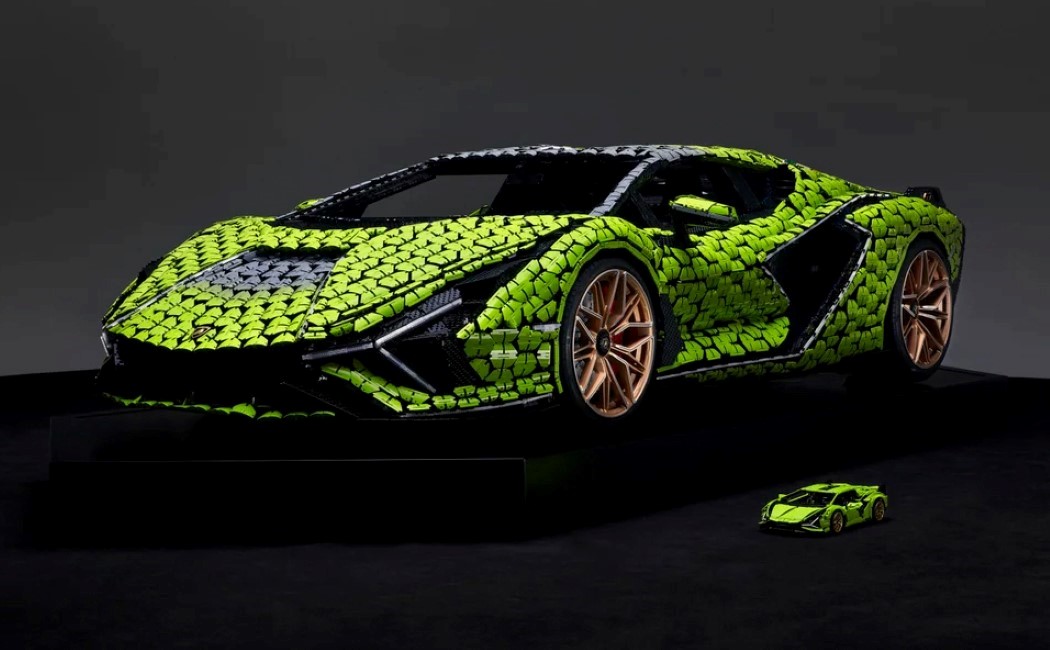 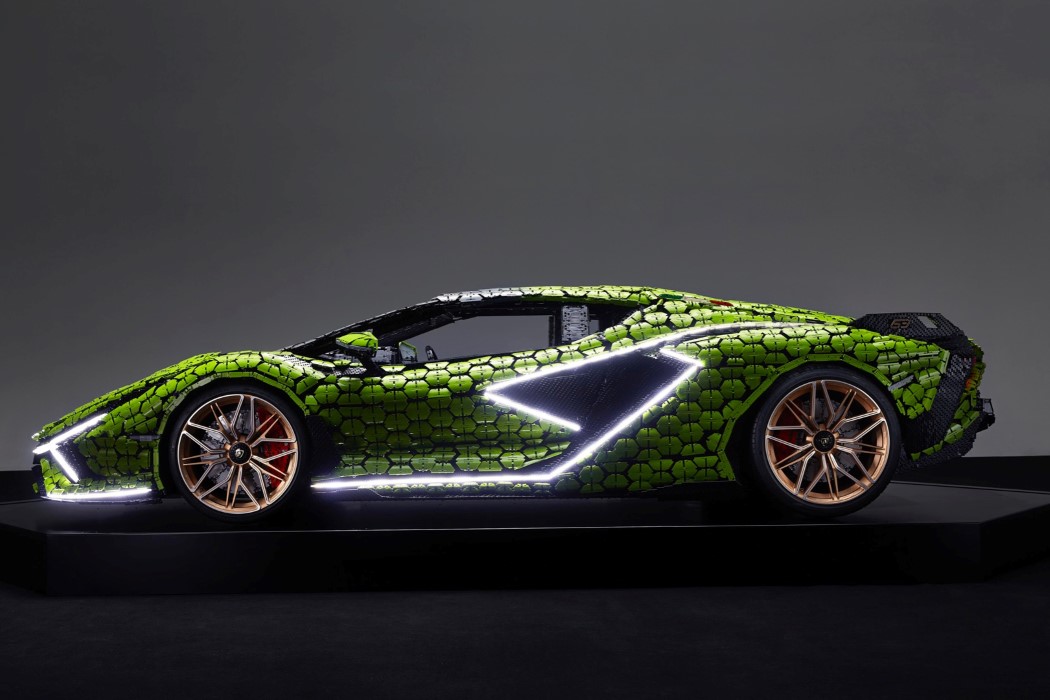 This breath-takingly realistic car was created by a team of 15 people who put over 8000 hours of work into recreating the automotive beauty. The car was built meticulously out of LEGO Technic pieces, and barring the wheels and the logo on front, practically the entire vehicle is made solely from LEGO bricks. In fact, even the headlights, taillights, and the light-strips running along the side are LEGO pieces! 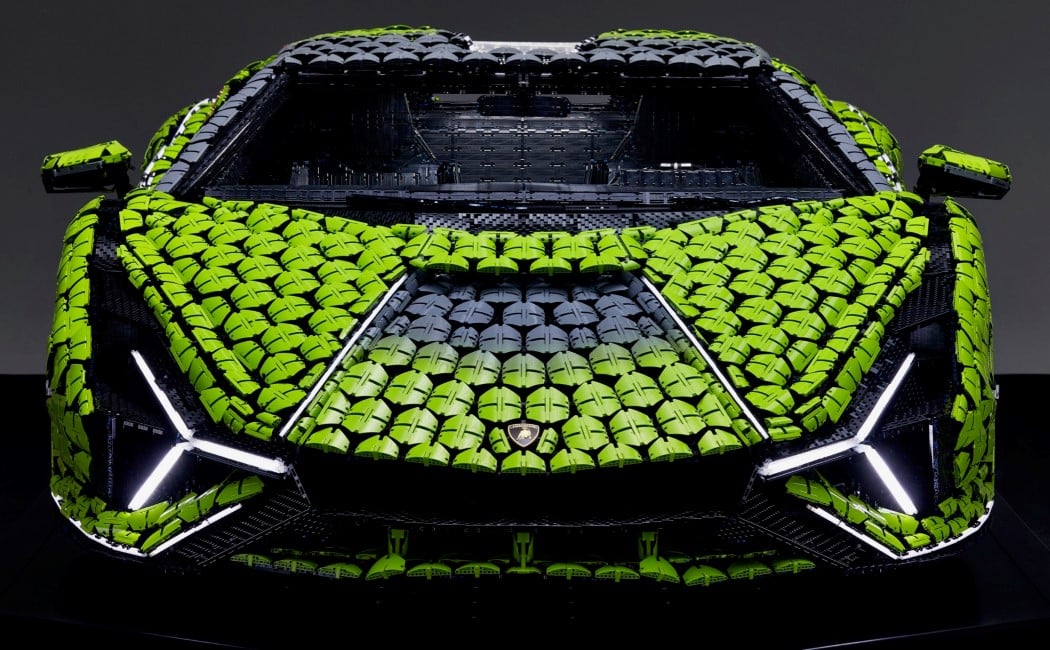 This one-of-a-kind project required 154 different types of Lego pieces, including 20 made specifically for the project, Lamborghini mentioned in a press release. Instead of using solid pieces, the car showcases panel-work comprising interlocking hexagonal pieces, paying a hat-tip to Lamborghini’s recurring use of hexagonal patterns and elements in their design language. The result is extremely lifelike, and matches the original Sian’s sizes perfectly, albeit weighing a ridiculous 4,850 pounds. As a tribute to the 1:8th model that kickstarted this journey to begin with, the larger LEGO variant is spray-painted in the same acid-green UV-coated color finish, applied at Lamborghini’s own paint shop. 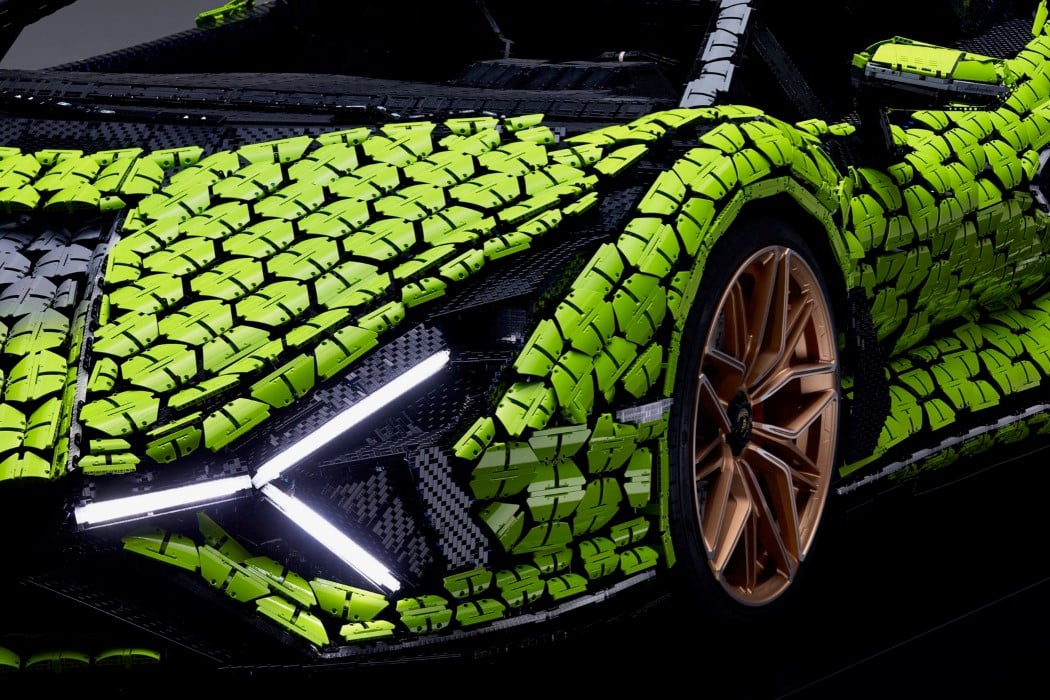 The interiors are stunningly lifelike too, with every element of the dashboard, seats, and the steering wheel built out of LEGO parts (finally with the Lamborghini logo being inlaid into the wheel). Sadly, the doors don’t open, but the windows give one a glimpse into the incredibly detailed interiors. The car finally rests on real Lamborghini wheels, as used in the original Sian. 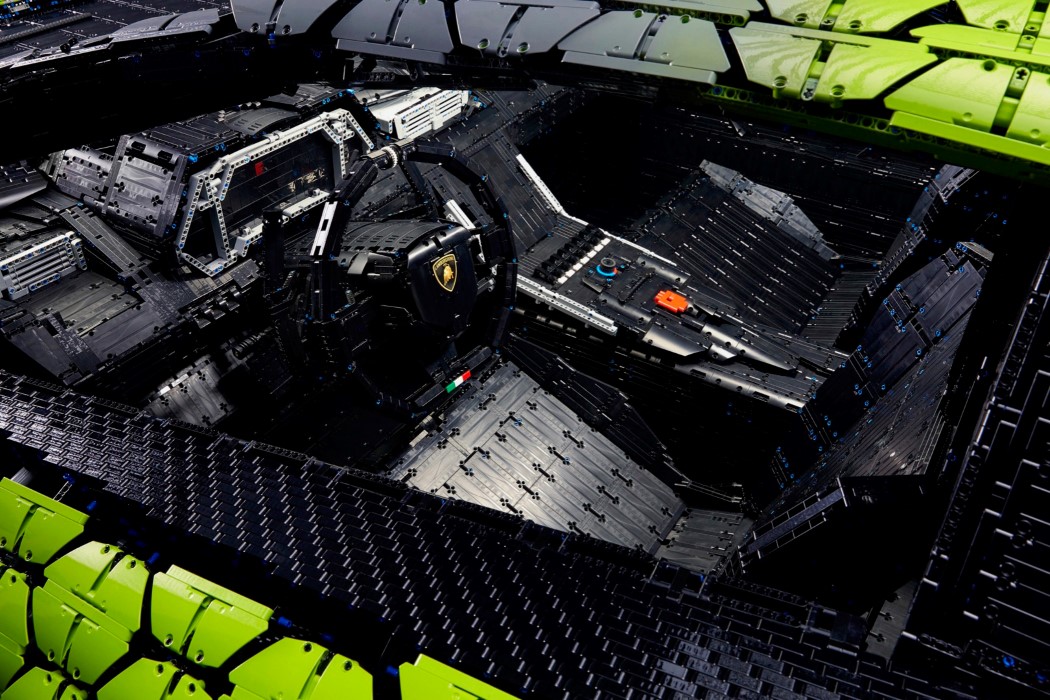 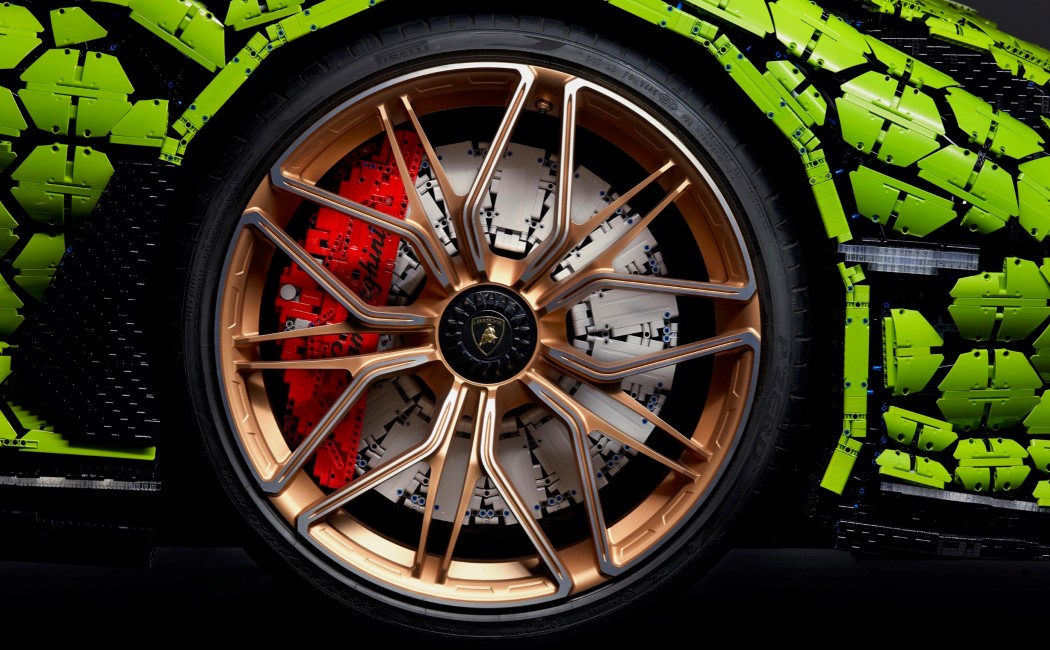 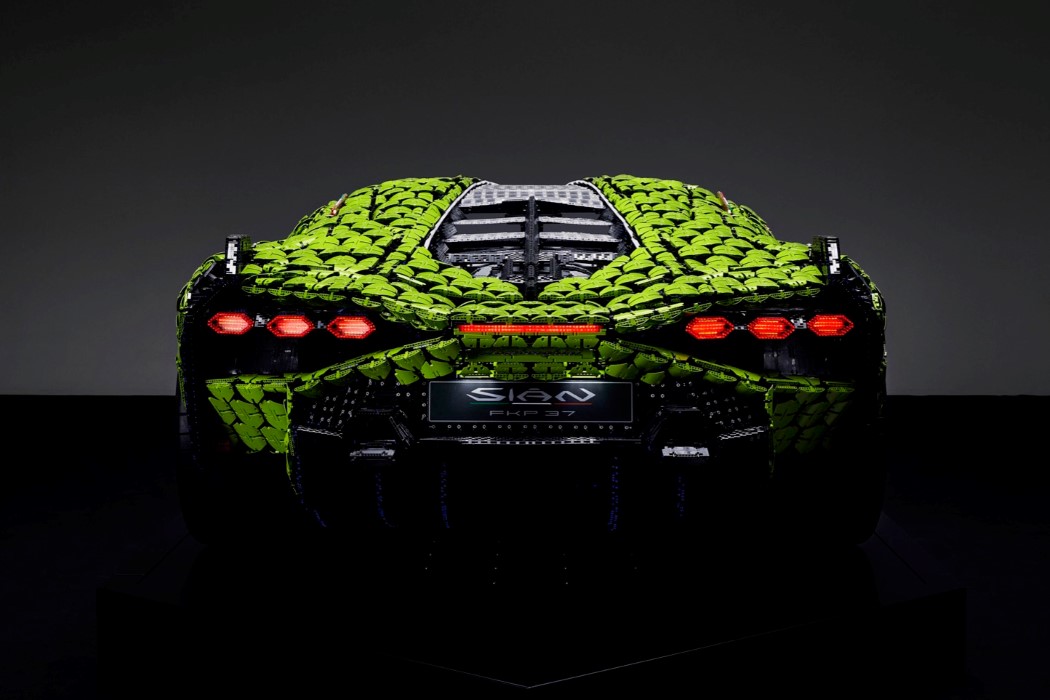 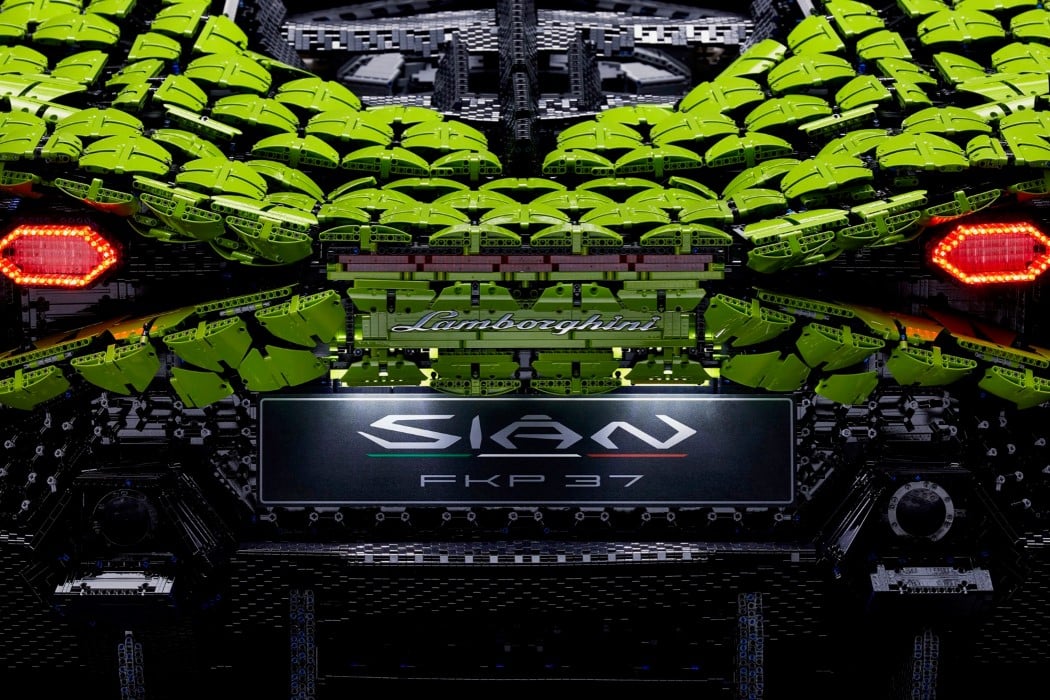 The original Sian is touted as Lamborghini’s most powerful production car ever made. It’s also the company’s first hybrid, comprising a naturally-aspirated 6.5-liter V-12 and an electric motor, giving it a total of 807 horsepower, 0-60 mph in 2.8 seconds, and a top speed of over 217 mph. The Sian’s name literally translates to “flash” or “lightning,” explaining why the LEGO replica comes with lightning bolt-shaped elements on its side. After the Sián was announced, Lamborghini added the suffix FKP 37 to its name as an homage to Ferdinand Karl Piëch, former head of Volkswagen Group, Lamborghini’s parent company. The 37 denoted his birth year, 1937.

One could argue that this LEGO Lamborghini Sian FKP 37 is even rarer than its original. It’s built as a one-off piece that’s likely to exist only as an exhibit. You can, however, buy the 1:8th LEGO Technic replica online. 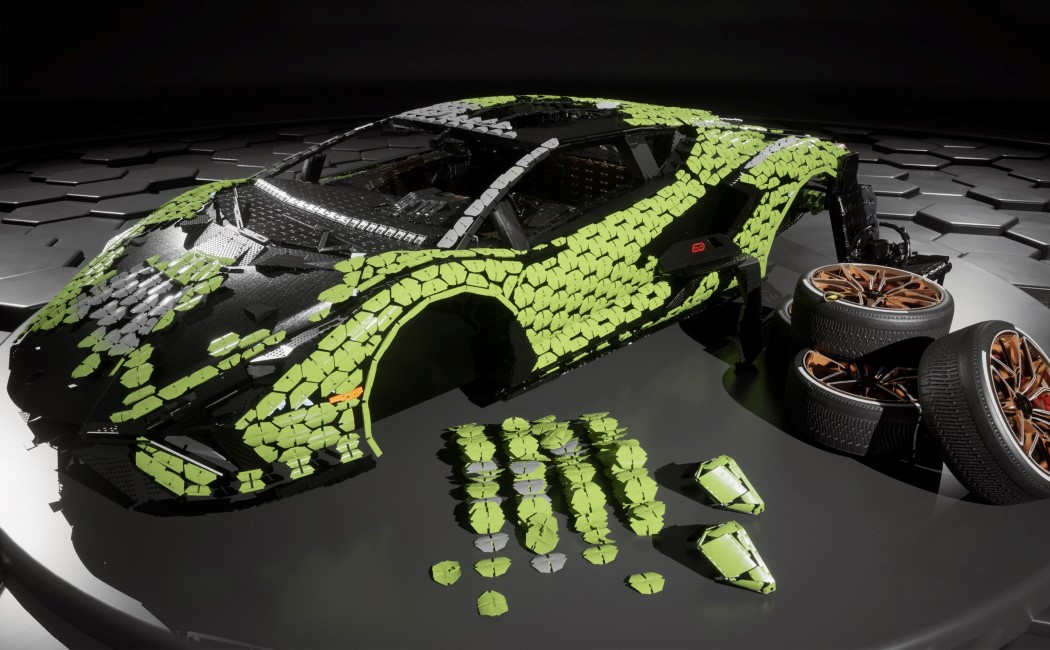 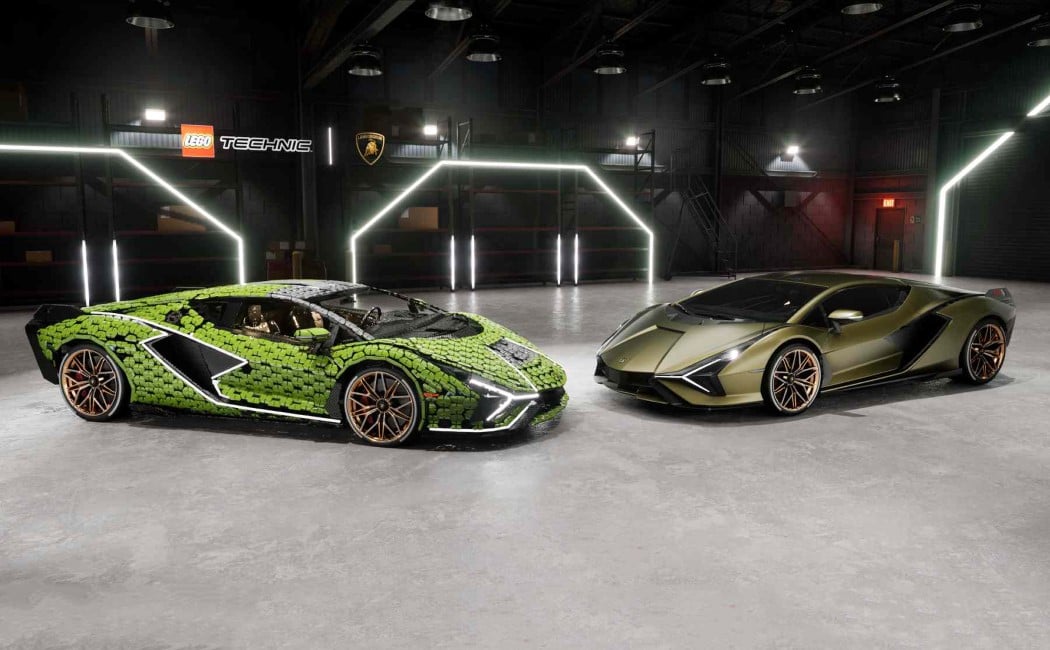 How one company redesigned the UX of a woman’s handbag

https://www.kickstarter.com/projects/woolandoak/the-all-day-bag The word handbag is often preceded by the word ‘stylish’ but never the word ‘functional’. A handbag, which is essentially a derivative of a…

Love your Instagrams?! Well, now there’s an entirely new way to show off your mad photo skills. Send up to 9 of your favorites to…

Although they may be sight impaired, the blind have heightened intuitiveness and imagination. To help them ‘see’ the bountiful beauty around them, this concept camera…

In this day and age when sustainability is critical, we need to be wiser when shopping for the right furniture. There are plenty of affordable…