“Well begun is half the work done!” says Varenya Raj, the designer behind Nidra, a radio that helps people monitor their mood when they wake up.

Right off the back, Nidra looks quite unlike most bedside radios. It sports a half-log-shaped design with a plush button on one end, a soft carpet on another, and a printer in between. The idea behind the Nidra stems from starting your day off on the right note. If you wake up in a less-than-ideal mood, whack the cushion as you would at a game of whack-a-mole, and Nidra plays out positive news. If you’re in a pretty good mood when you wake up, gently stroke the velvety carpet, and Nidra plays news across different categories. At the end of the month, the radio prints out a little docket letting you know where your mood’s been over the last 30 days, helping you chart your sleep schedule as well as mental and emotional wellbeing. 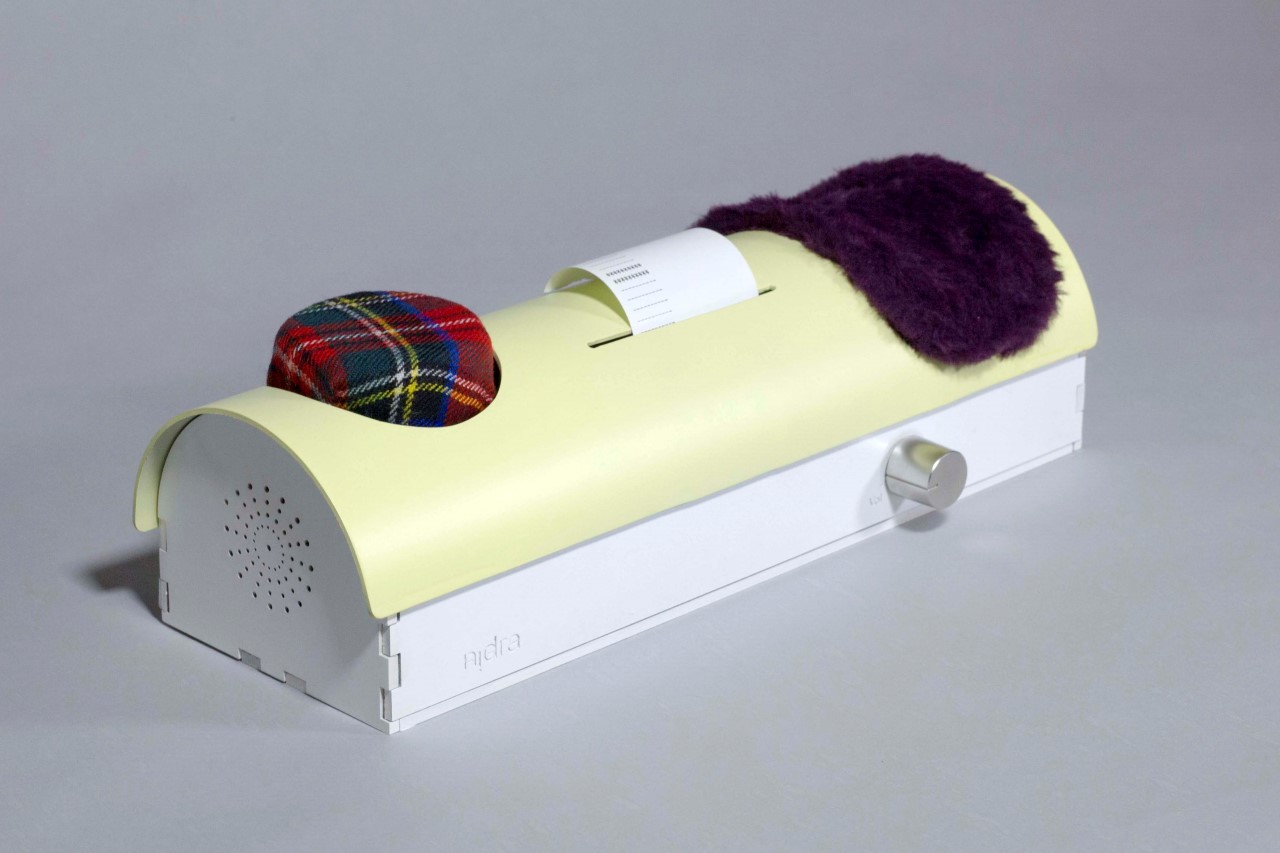 The idea for Nidra stemmed from the concept of ‘time being equal to money’. Created as the ultimate productivity tool (because you’re much more productive and focused when you’re in a good mood), Nidra’s aim was to help office-goers have a better overview of their overall mental health. Needless to say, Nidra’s appeal has vastly evolved thanks to the pandemic, and it’s now more of a general mental-health tool. Strike it on your bad days for a pick-me-up, stroke it on your good days for general news, and Nidra charts how you’ve felt over the past month. It prints out a tiny slip for you to analyze and hopefully retrospect over, so your next month is better than your last. 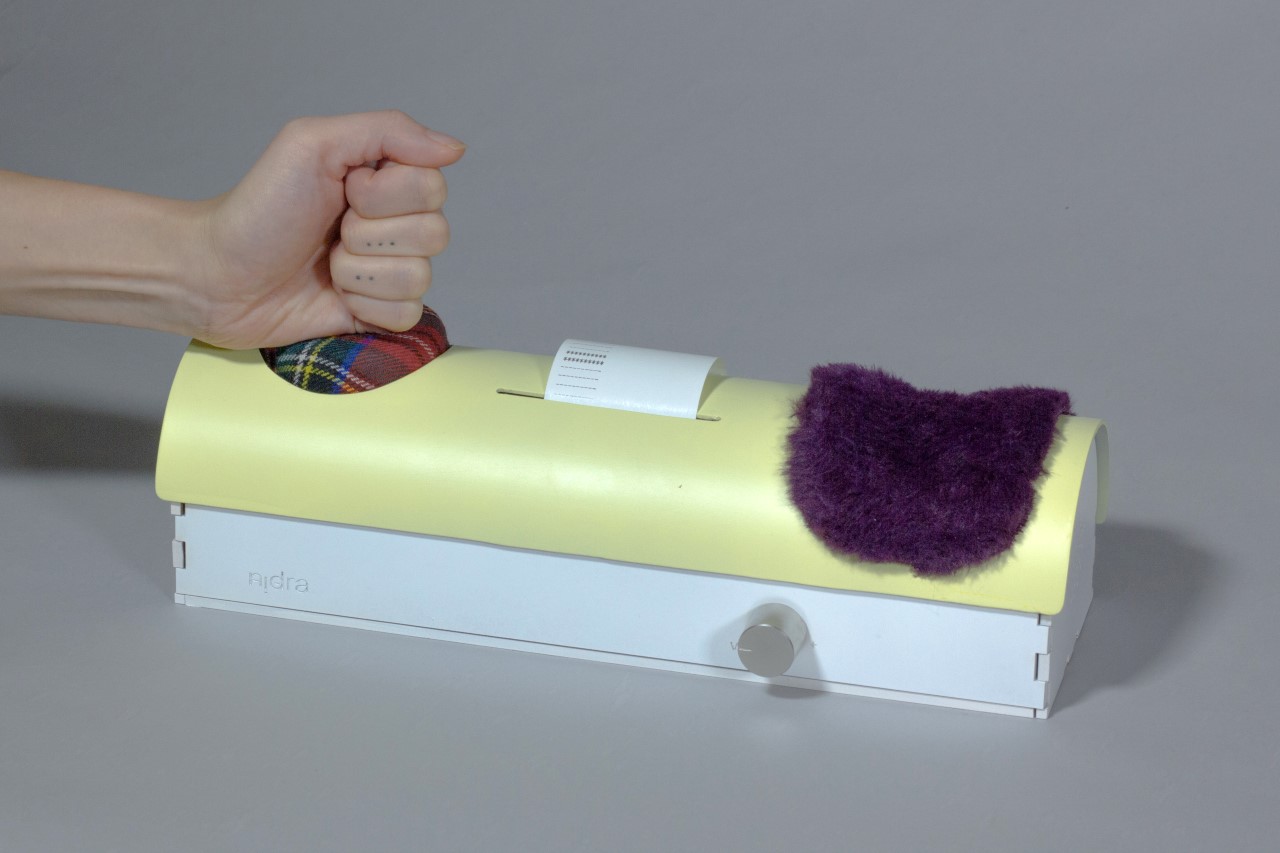 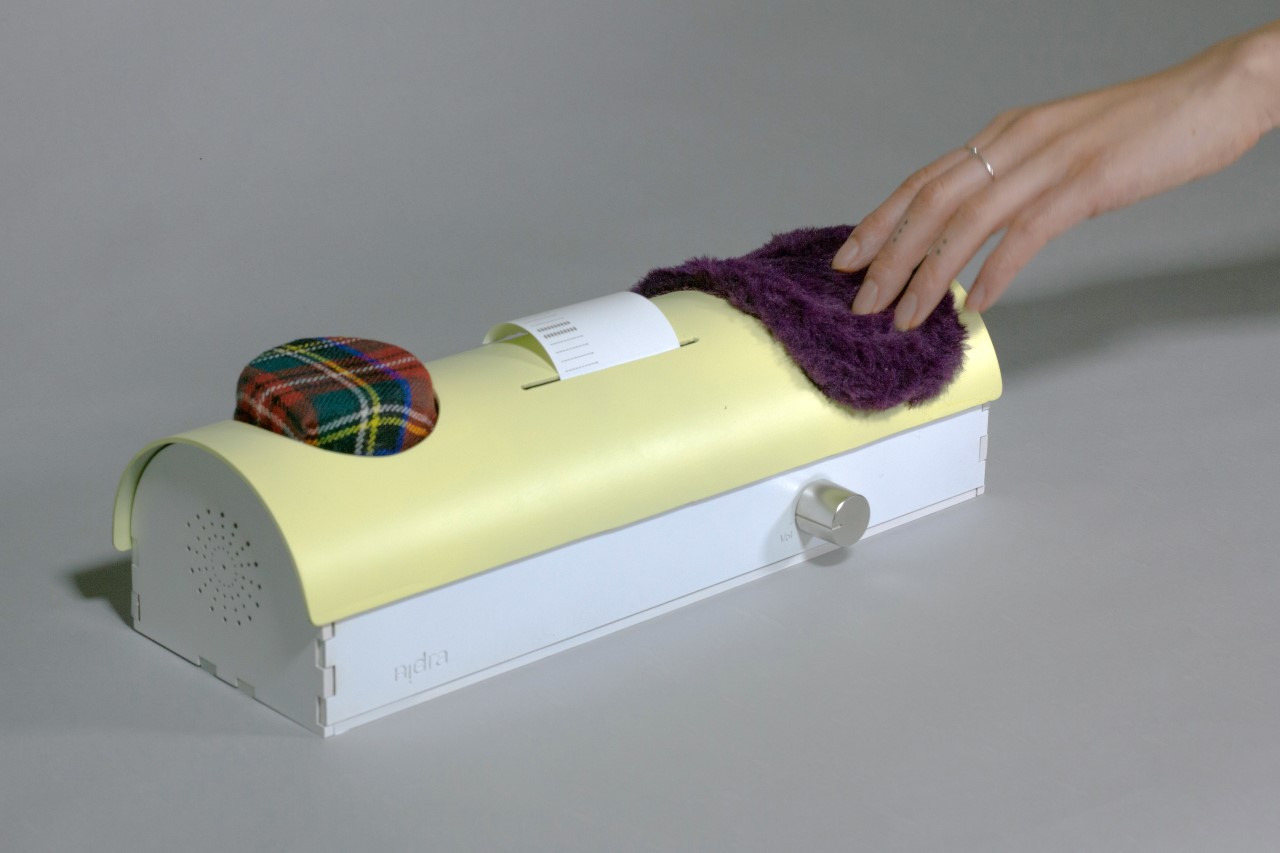 On the inside, the Nidra contains a button, a force-sensing resistor, a thermal printer, a speaker, and an Arduino UNO computer that powers the device. The button’s designed to be pretty large and cushioned, so you could easily slam it while half-asleep, while the FSR comes with a soft, fluffy cloth similar to dog-fur. Depending on which part of Nidra you interact with, the interactions are inputted and received by the Arduino PC which processes it and appropriately chooses an RSS-based news feed to read out. A tiny button on front of the device lets you control Nidra’s volume too! 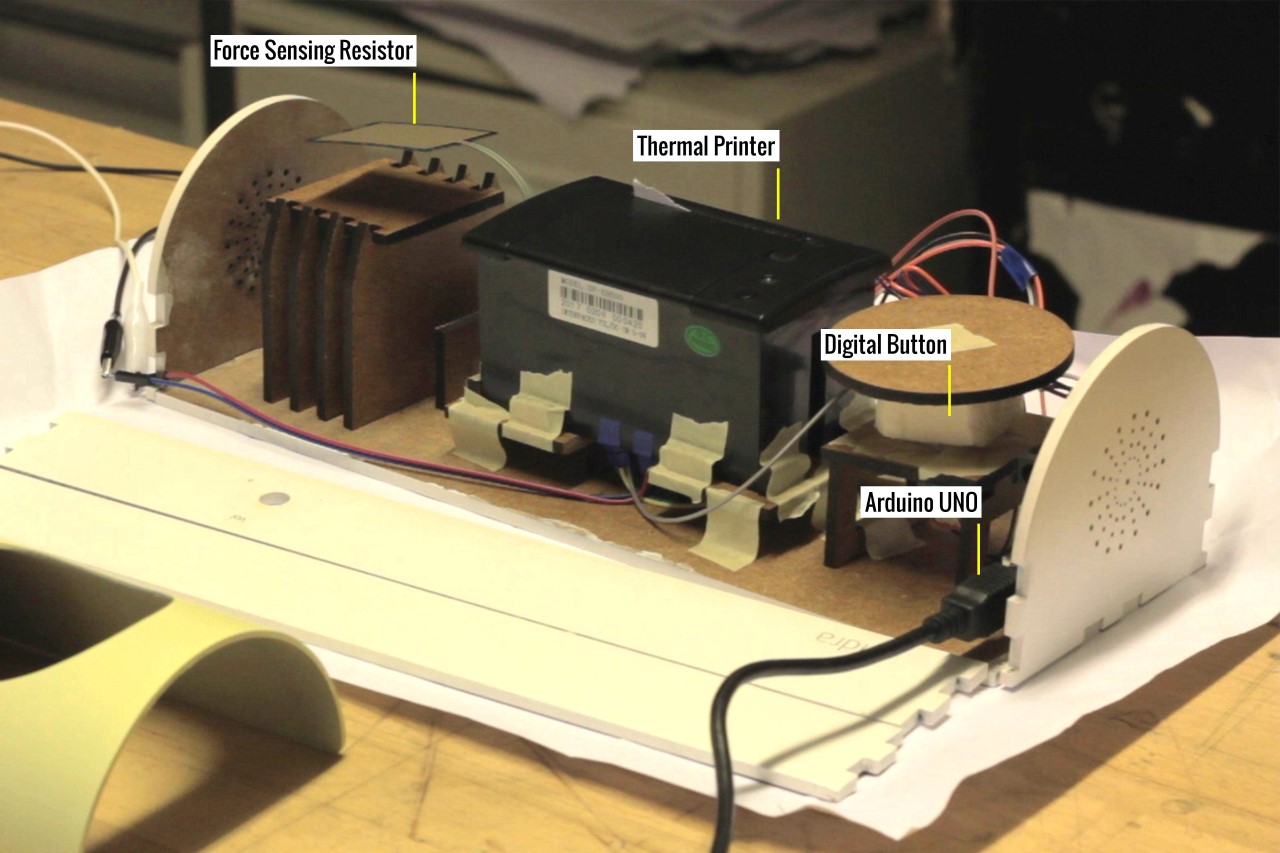 The MESH seating is all about playing with contrasts to create something that’s useful yet beautiful to look at. Take for instance the fact that…

It’s not a hot-blonde-Sony or gorgeous Apples, but plain simple laws of physics that causes this Nokia to get an erection! The physical kind! I…

The doorknob that cries “Fire!”

I just had to leave this design for the end of the week. The Bleep is unsuspecting, apparently mundane, but incredible to the extent that…