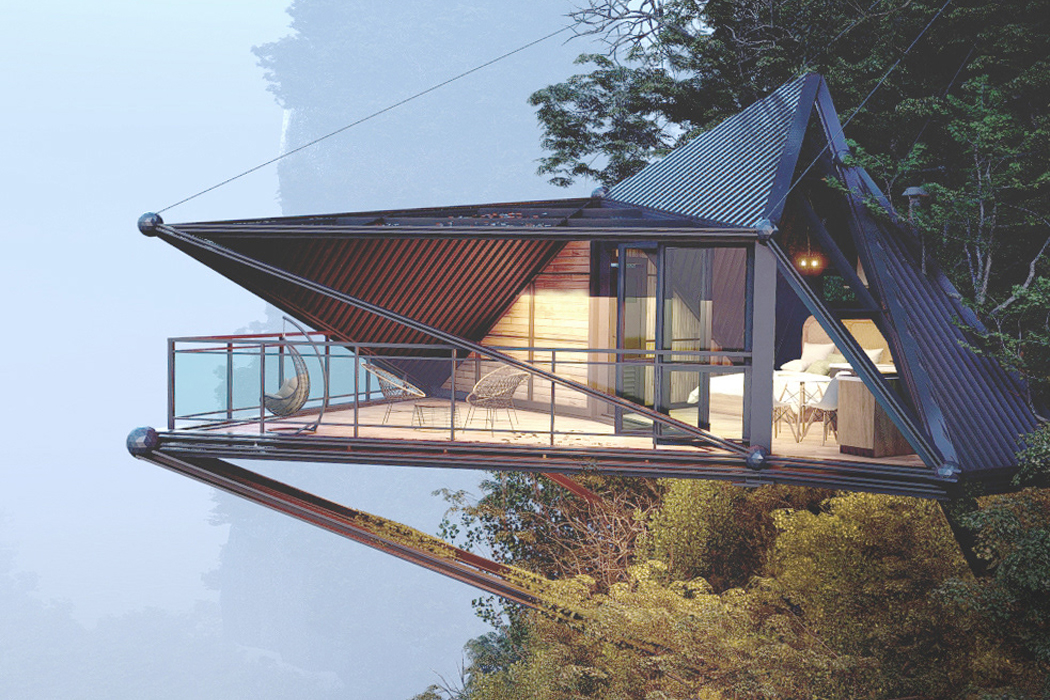 3D visualizer and architectural designer Thilina Liyanage conceptualizes remote, escapist hideouts and villas stationed in rugged rainforests and off the sides of jungle cliffs. Most of Liyanage’s designs stand out for their intricate interweaving of natural materials like what appears to be bamboo and wooden beams to create life-size models of wildlife and other forms of nature. His most recent architectural conceptualization takes a new approach and envisions a cabin perched above steep cliff sides, one that is entirely made from glazed glass facades and metal cladding.

Liyanage’s Cliff Cabin, as he calls it, suspends from the side of a mountain, hovering in midair. In his 3D conceptualization, Liyanage visualizes Cliff Cabin locked in place above four support beams that are bored into the cliffside to create a secure enough foundation for Cliff Cabin to rest atop. In addition to its bottom support, four high-tensile cables are attached to the cabin’s roof and balance the cabin by drawing it back away from the cliff’s edge, evenly distributing the weight of the cabin. Globular spheres lock the cables in place and add an elegant and tidy touch to the cabin as a whole.

Cliff Cabin takes on a primarily triangular shape, with right triangle glass facades sharpening the cabin’s sides and protruding out to their center of convergence. Cliff Cabin is more modern in design compared to Liyanage’s previous architectural visualizations, lending room for the exterior to mainly consist of metal cladding and glass windows. Inside, however, Liyanage’s Cliff Cabin seems to be entirely made up of natural wood elements, creating a cozy ambiance in contrast to the durable and daunting exterior. The cabin’s natural wood accents and metal overhead awnings seem to merge on the cabin’s deck, where a metal roof protects the cabin’s guests from bad weather and wooden panels line the floor below. 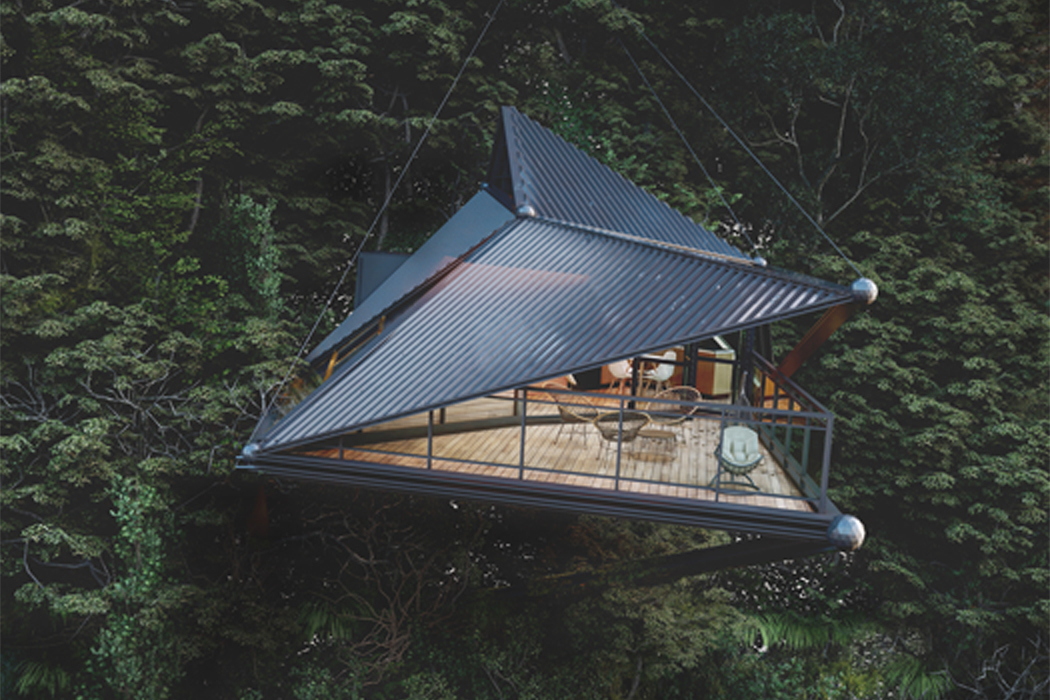 Suspended above a mountainside with support from high-tensile cables and steel beams, Cliff Cabin is as eye-catching as it is daunting. 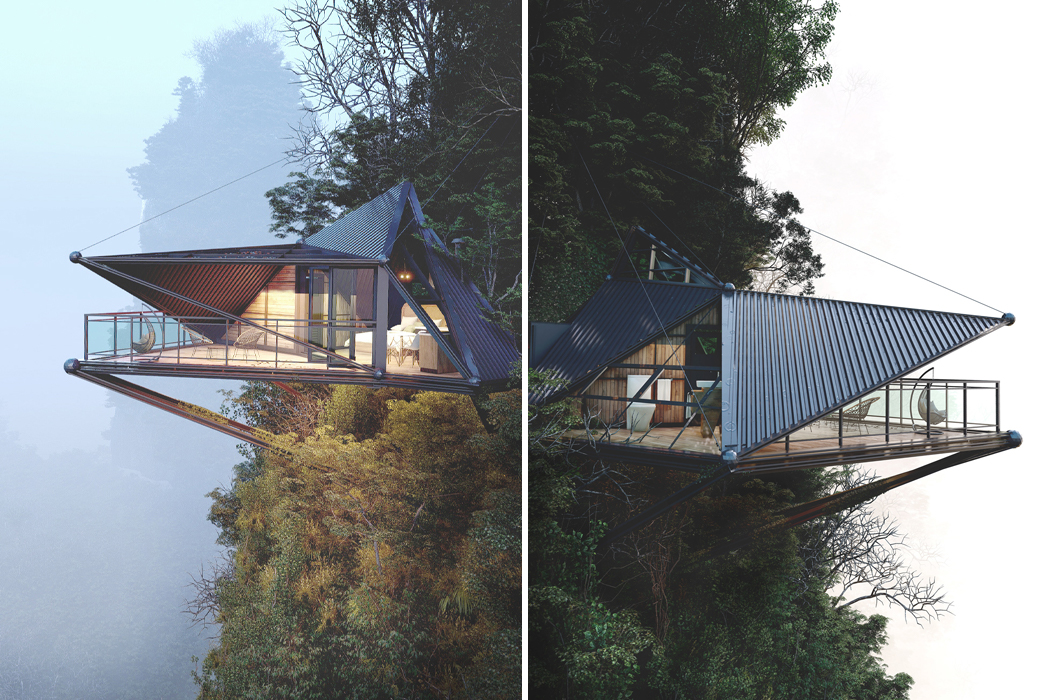 Clif Cabin perches from the cliffside like a life-size bird’s nest. 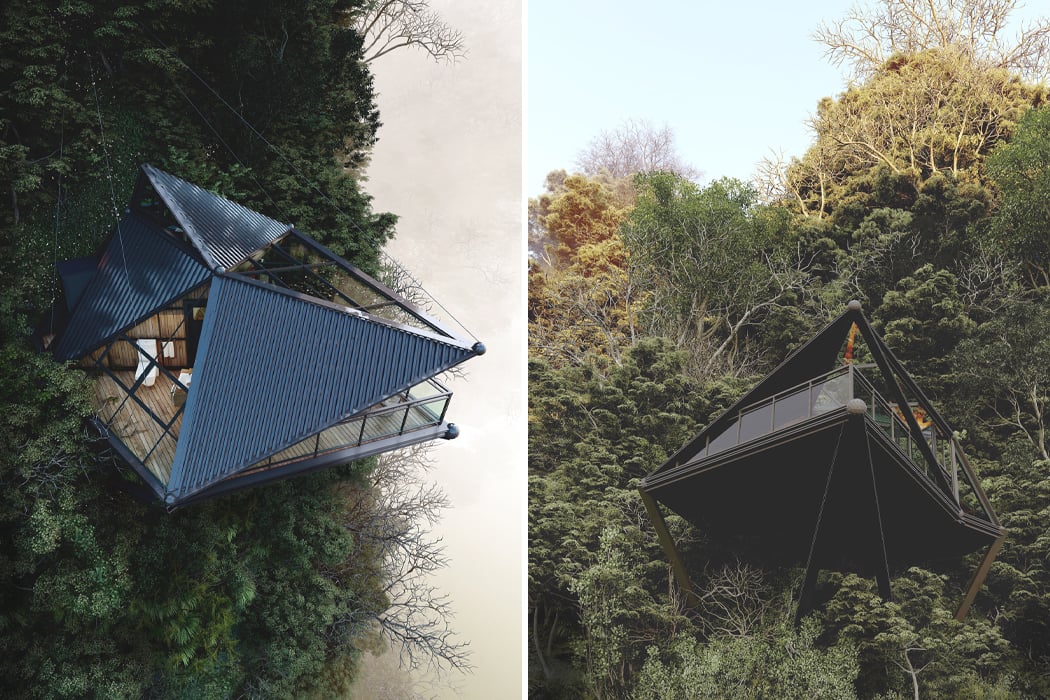 Taking on a triangular shape, Cliff Cabin is more modern by design with glass window skylights and metal roof cladding. 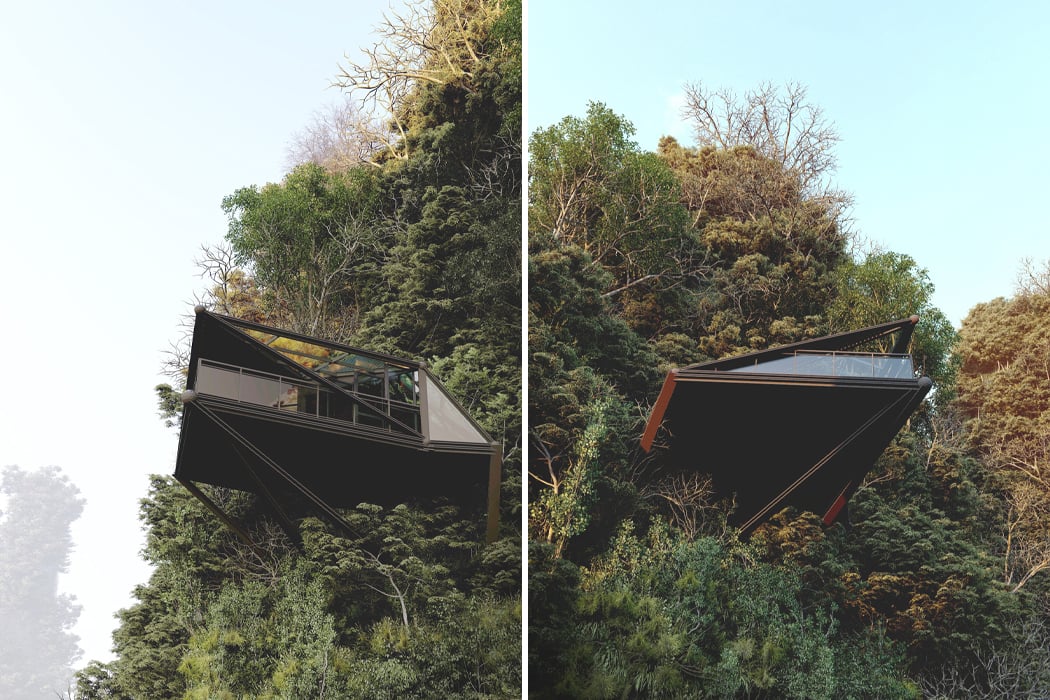 Cliff Cabin’s weight is evenly distributed across the four metal beams that work as the structure’s foundation as well as the four high-tensile suspension cables. 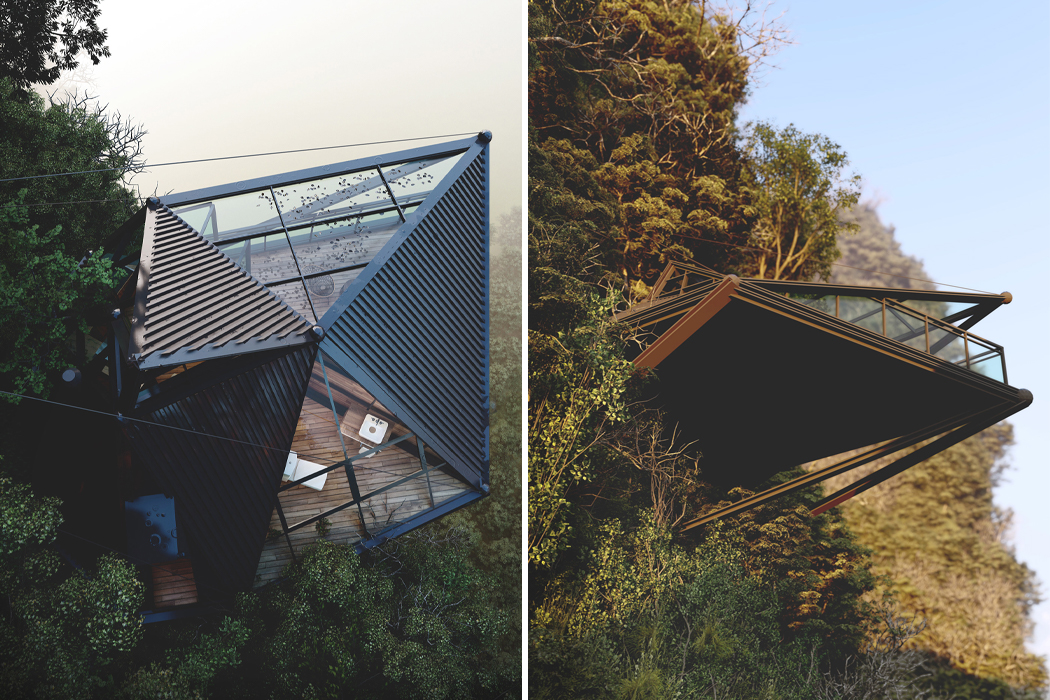 While the exterior of Cliff Cabin is entirely constructed from glass and metal, the cabin’s interior finds warmth in natural wood elements. 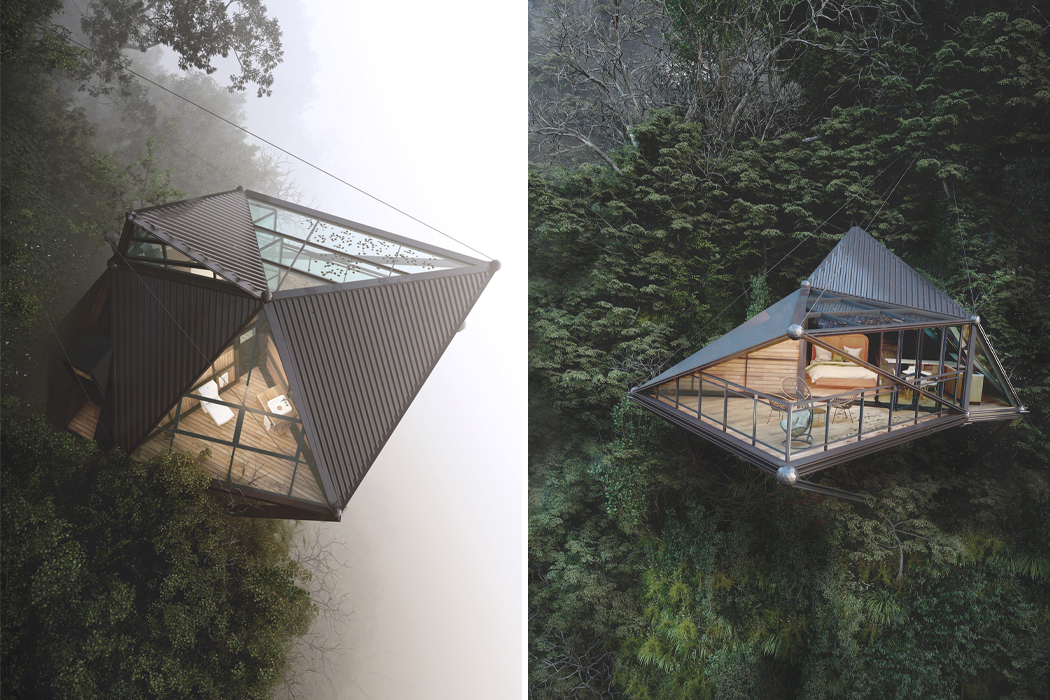 This minimal wooden sideboard has a pretty cool sliding mechanism. Watch the video!

Sideboards are not thought of as dynamic or interactive but this furniture piece adds movement to the otherwise traditionally mundane design. It showcases a technical/mechanical…

The mosquito killing machine that works like a venus flytrap

Most mosquito repellent devices rely on airborne fumes to either kill mosquitoes or drive them away, or electric circuitry to zap mosquitoes out of existence……

Children are curious. I genuinely believe kids learn more from copying everything we do rather than what we say. And they want to copy us…