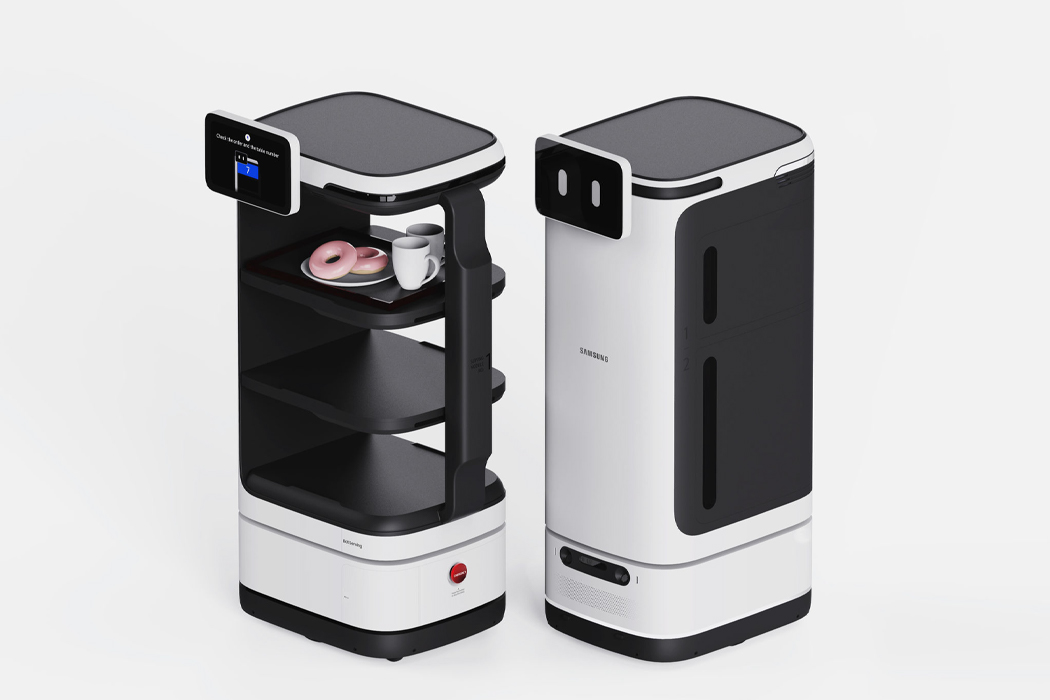 The world as we know it is changing, and robots are steadily taking over, a sci-fi fantasy that is soon turning into reality. Moving toward a healthier and more hands-off future does mean that technology is taking a lot of the work off our hands. Designers are building robots to take care of public service jobs primarily rooted in collecting, cleaning, and distributing. Recently debuting their public service bot, Samsung’s Bot Public does all of that and even winks.

The different domains are configured according to the task at hand– while one domain features a three-tier shelving unit, another features only a display screen and slim carrying tray. The most sought-after public service bots in circulation today are serving, delivery, and guide robots, and these were the three services prioritized. While the robots are generally programmed and made for free movement, their software is still accessible through external devices and storage systems. If serving the public wasn’t enough for the robot’s plate, each interaction is also met with a wink and smile. 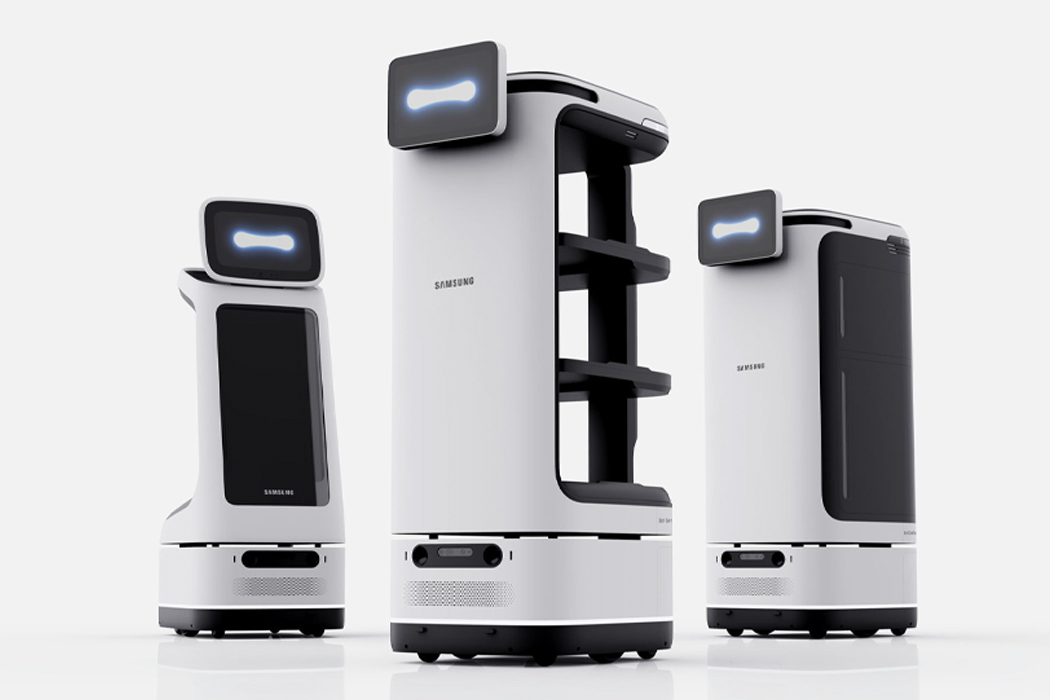 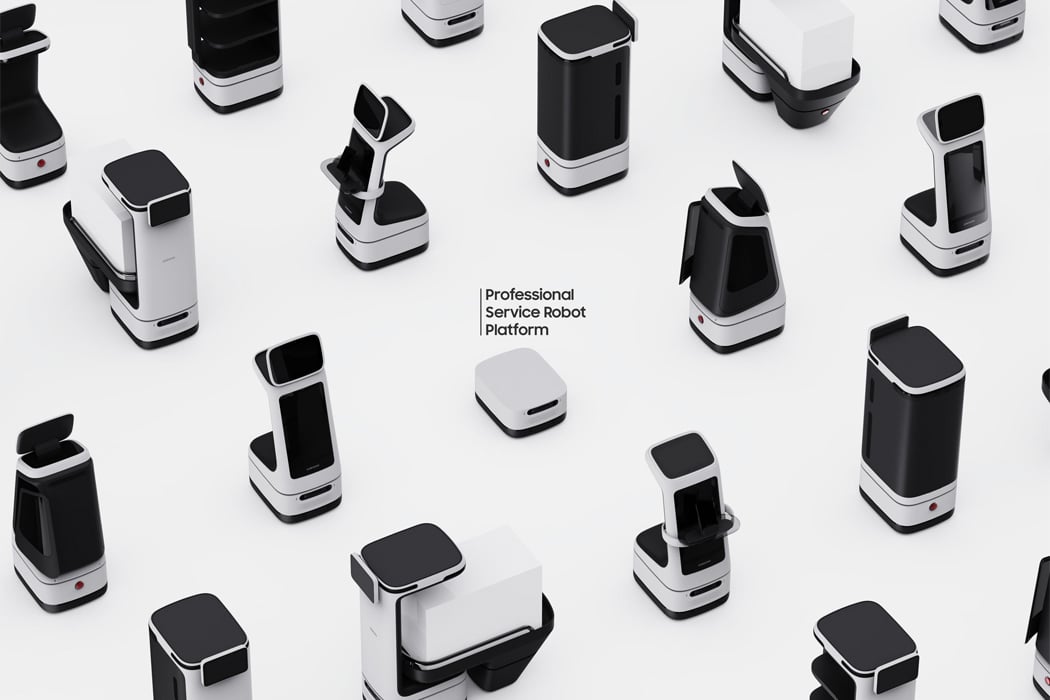 The Samsung Bot Public’s design hinges on the main base platform that adapt to each changing domain. 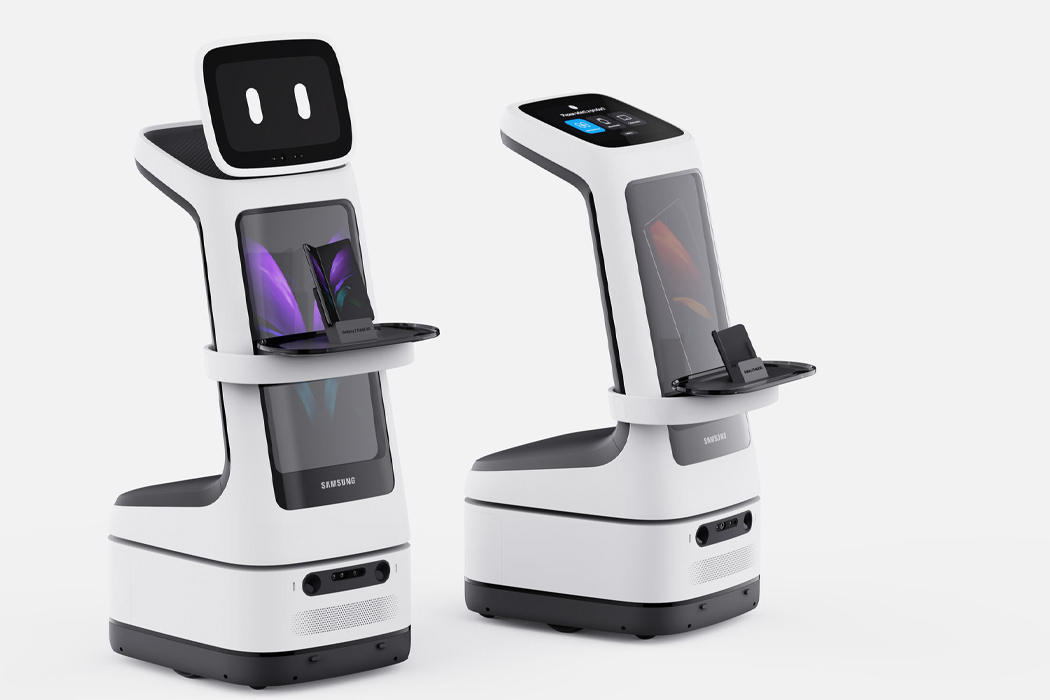 Another domain seems to indicate collecting and distribution duties with a three-tier shelving unit and drawers. 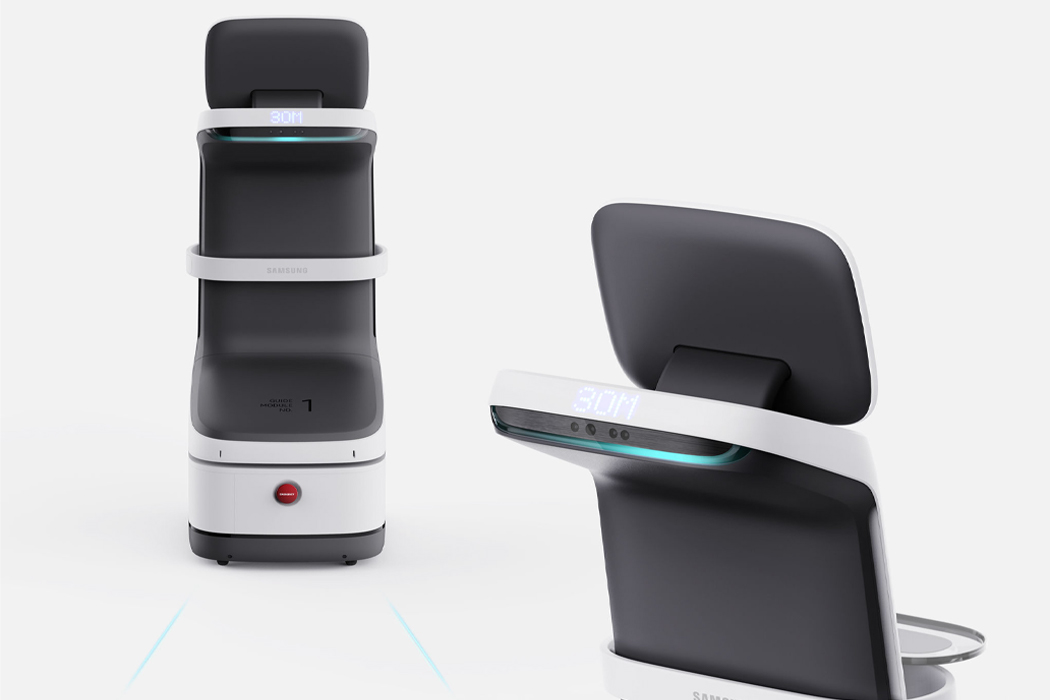 Each Samsung Bot Public comes with an emergency stop button and a rear LED display panel. 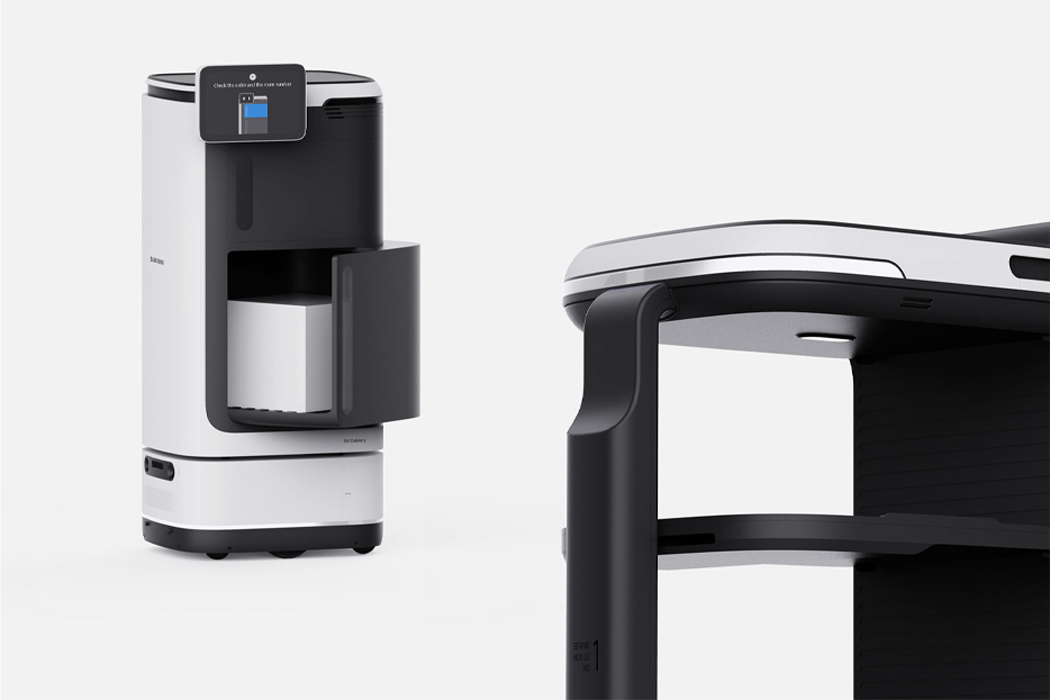 The original domain’s drawers pull out to create more storage space for collecting and delivering. 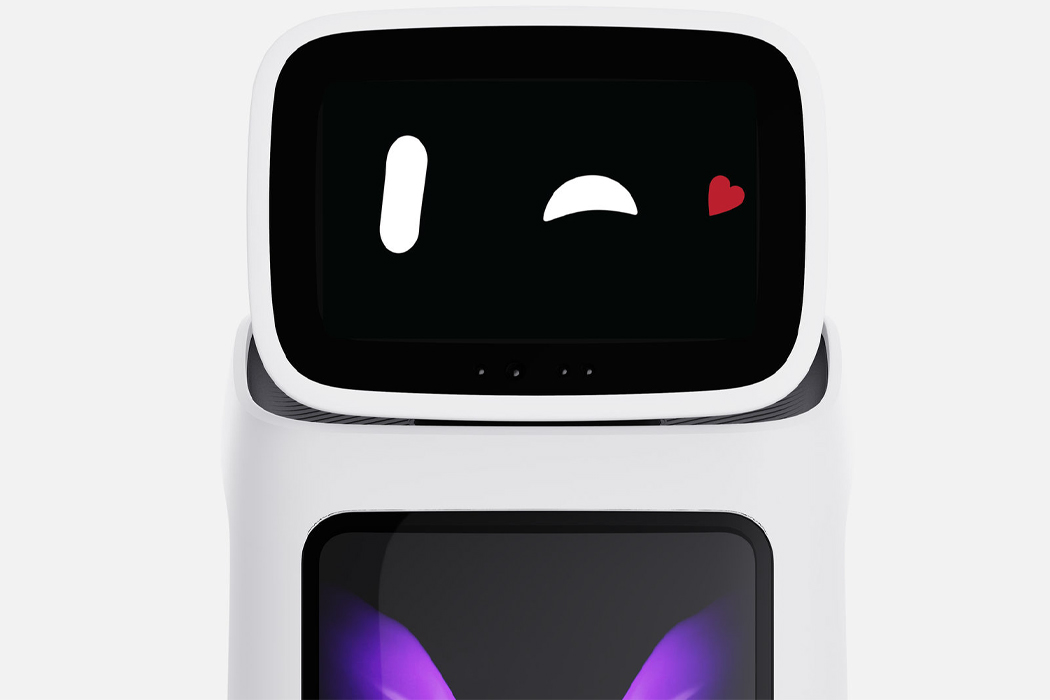 With all of this, Samsung Bot Public also ends each interaction with a good ole robot wink.

The MINUS calculator explores extreme minimalism without sacrificing functionality

How much can you take away from something before you’ve taken away too much? The MINUS Calculator is a great example of a no-frills design…

One look is all it takes to figure out this playful table’s amphibian inspiration! Appropriately named FROG, this simplistic side table channels a stereotypical, fun…