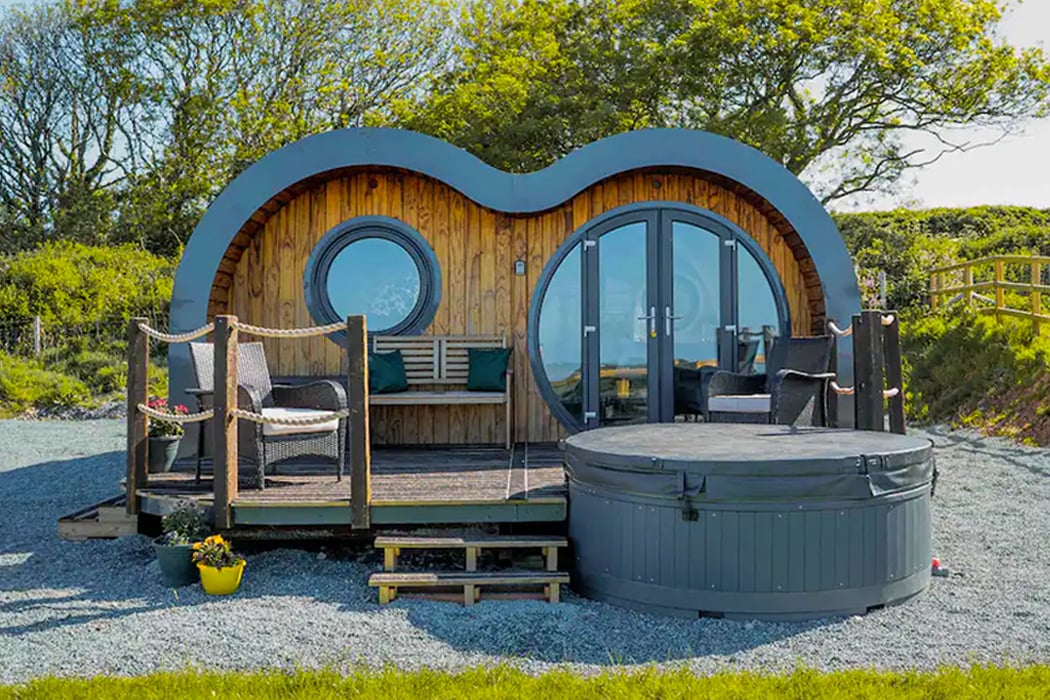 It’s no secret that glamping is the best of both worlds. Nestled away in the dense forest, amidst tall redwoods and animals’ homes, your hotel room awaits. Glamping brings the joys of camping and makes it palatable for those who’d rather sleep on a plush mattress than a centimeter-thick sleeping pad– I would too. Perched somewhere in the rolling hills of Pembroke, Pembrokeshire, a tiny cabin dubbed ‘The Willow’ accommodates glampers and travelers alike inside a zany retreat that looks a lot like escape pods from old sci-fi flicks.

With two rounded roofs, The Willow’s bulbous frame stands out against the sprawling green lawn where it’s situated. From the outside, The Willow appears like something straight from a science fiction cartoon, immediately drawing in its guests with its whimsical shape. Placed right in front of the tiny cabin’s wooden deck, two circular windows punctuate The Willow’s front-facing facade and provide unobstructed views of Pembroke’s countryside. Following the larger window inside the tiny cabin, guests are greeted with an open-floor studio layout, featuring a full living area with a television and sofa, a full-sized kitchen and dining area, along with a private bedroom, additional sleeping areas, and bathroom.

While The Willow might look as tiny as glamping pods come, the unit allows room for up four guests. While the main bedroom can sleep two people, two additional single sleeping pods are built into The Willow’s frame, providing more room for two more glampers. Resembling the form of what could be a futuristic, sci-fi escape pod, The Willow offers a means for guests to get away from their busy lifestyles for a moment in the countryside of Wales. 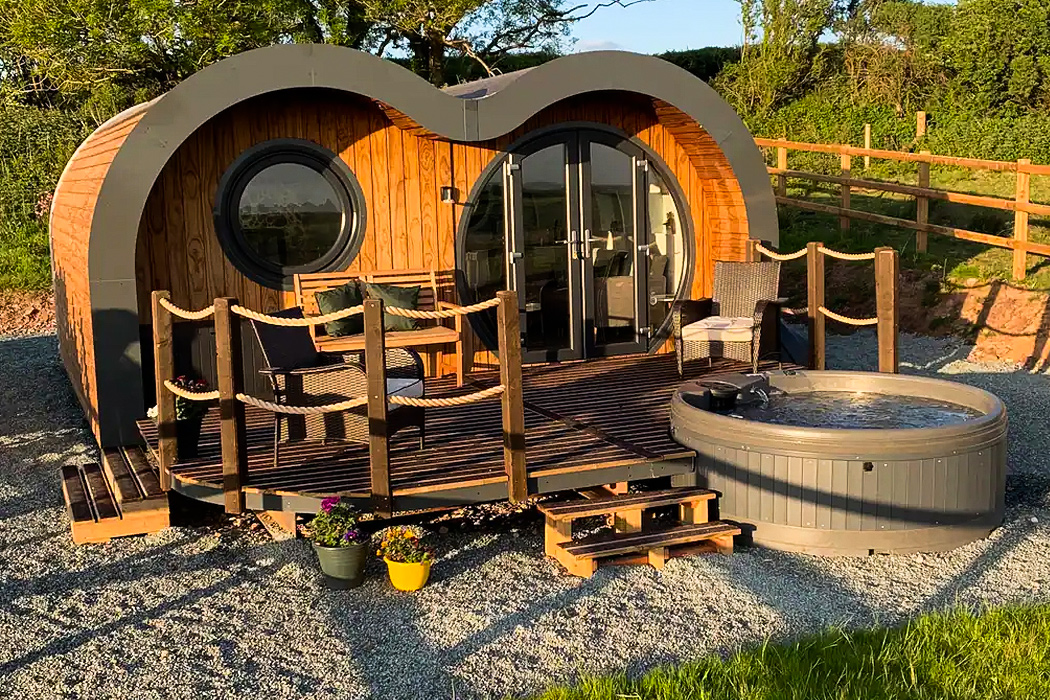 Modest in size, The Willow features a spacious deck with enough room for patio dinners and a hot tub attachment. 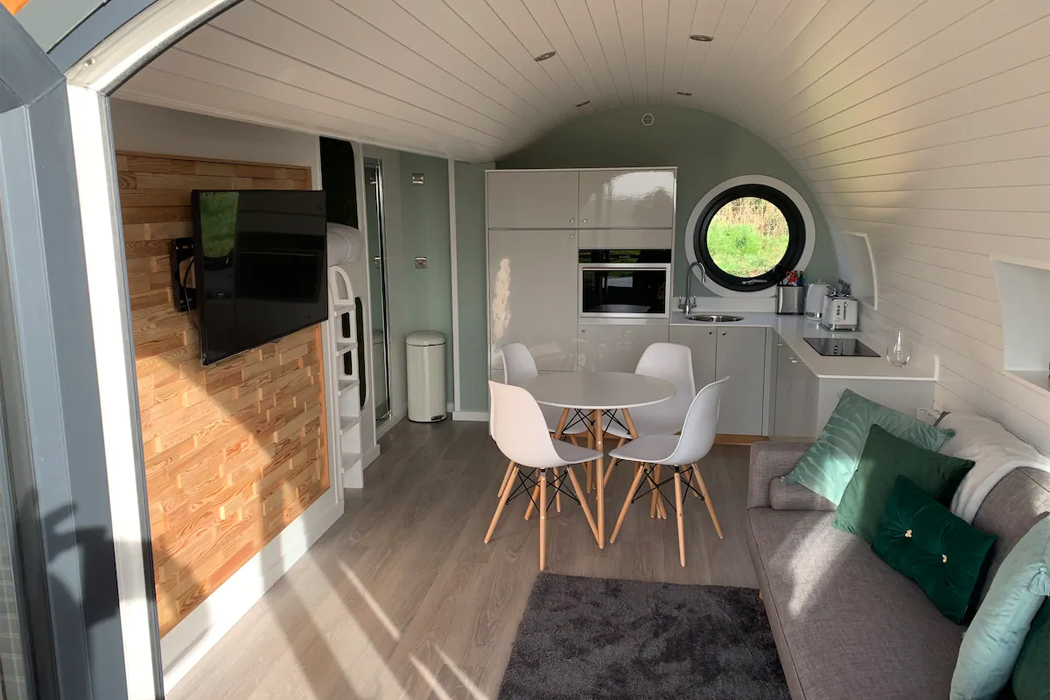 Inside, The Willow features an open-floor layout with optic white dining themes and complementing natural wood accents that open up the small space. 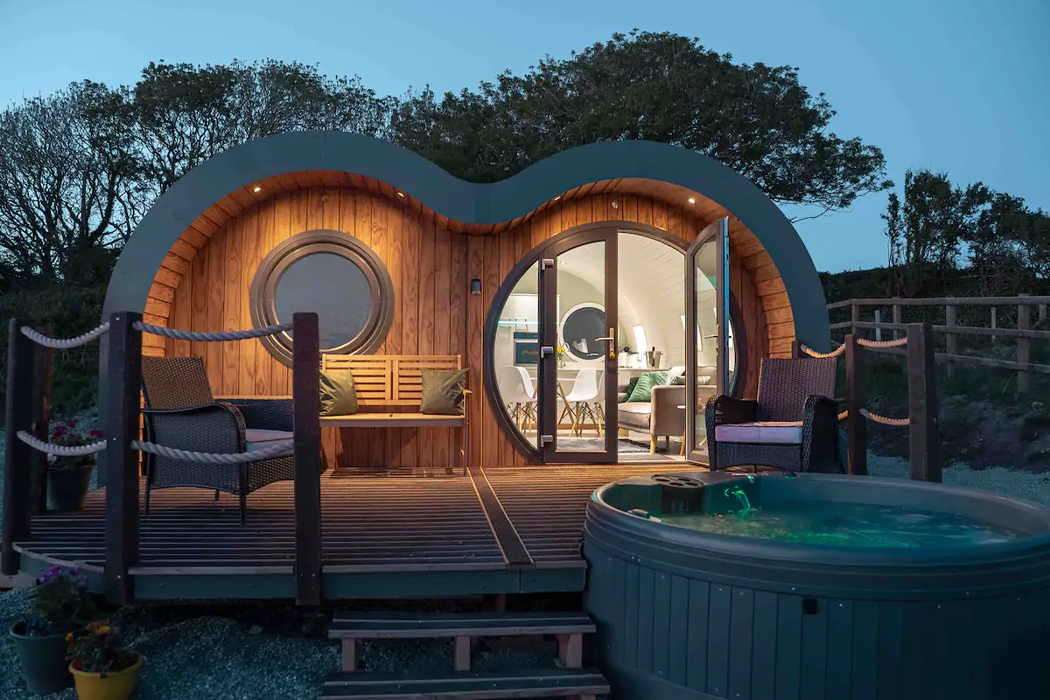 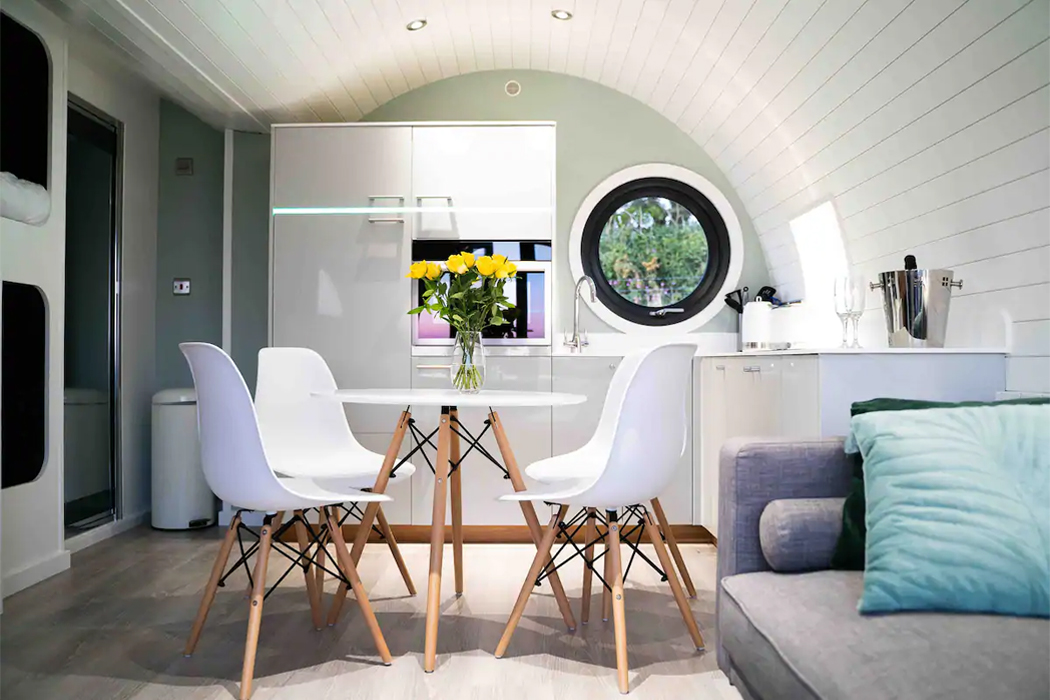 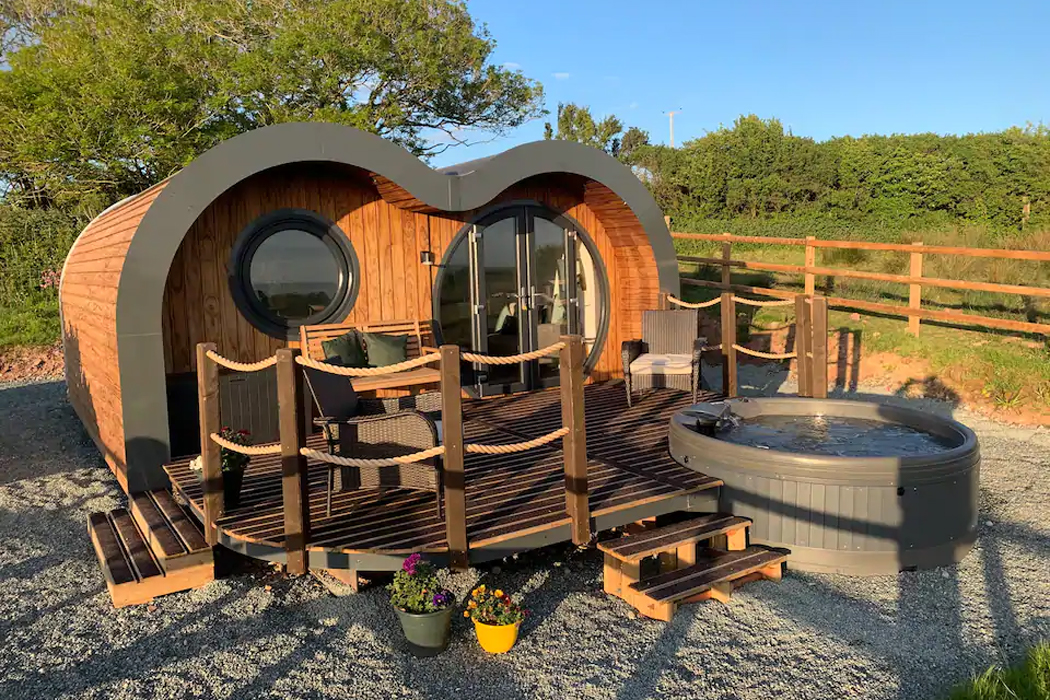 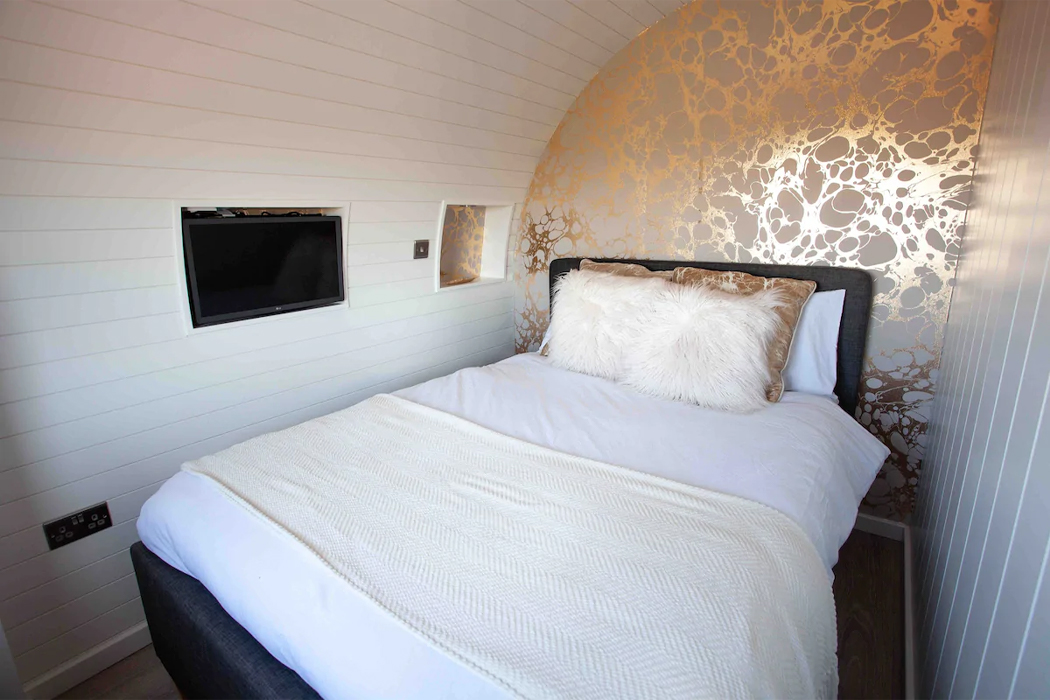 The Willow accommodates up to four people during each stay, sleeping up to two people in the master bedroom. 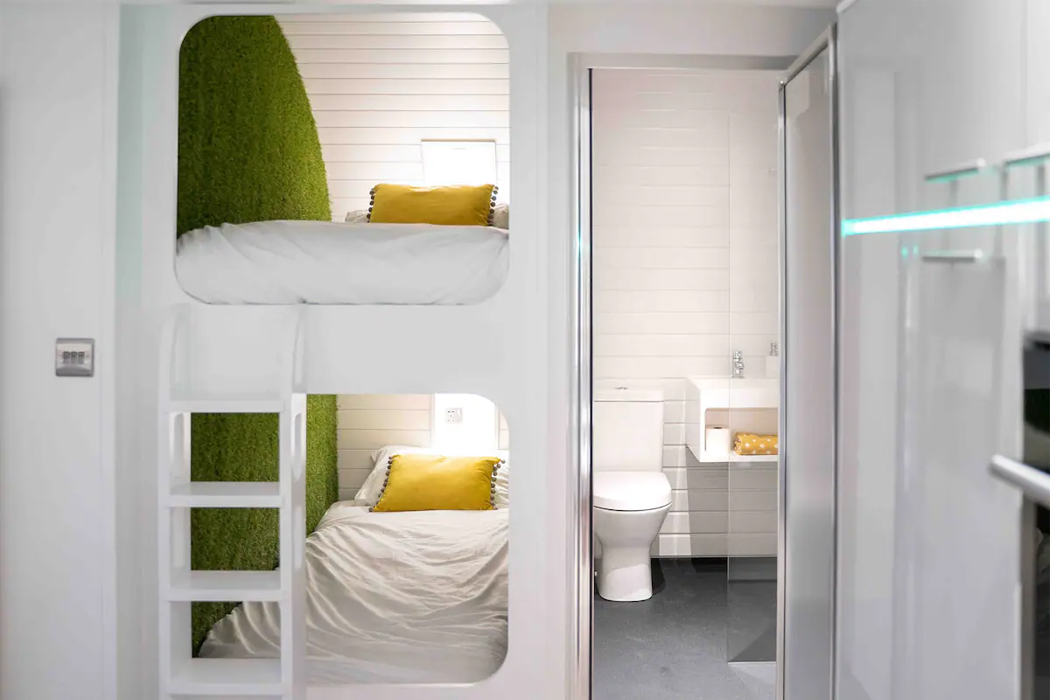 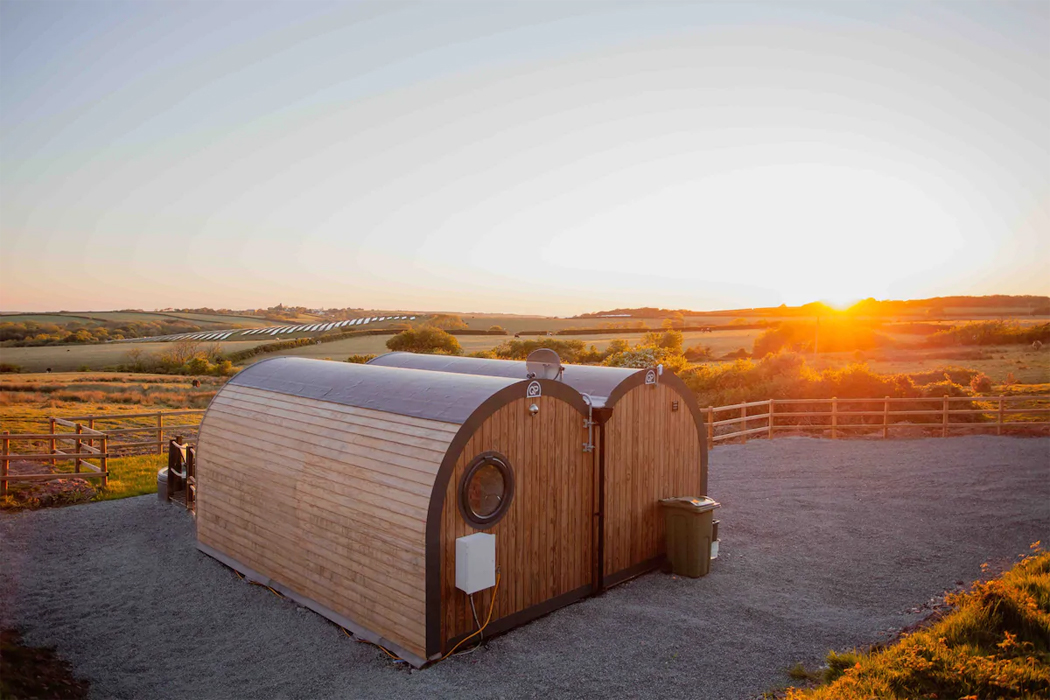 Perched atop Pembroke’s rolling countryside, The Willow offers an escape to nature with all the conveniences of a hotel. 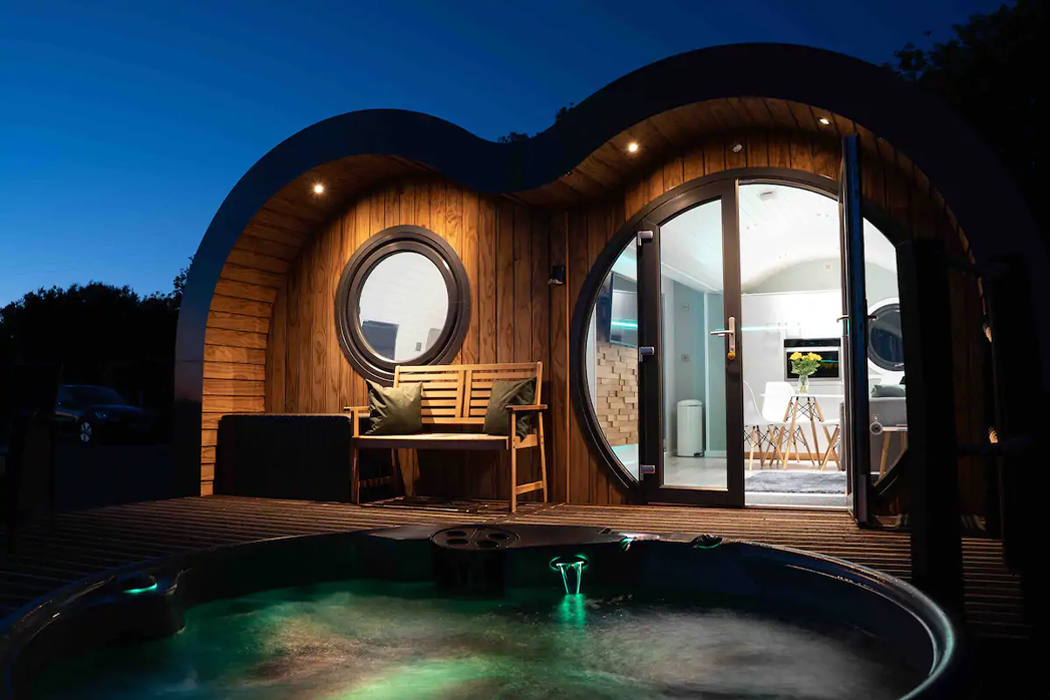 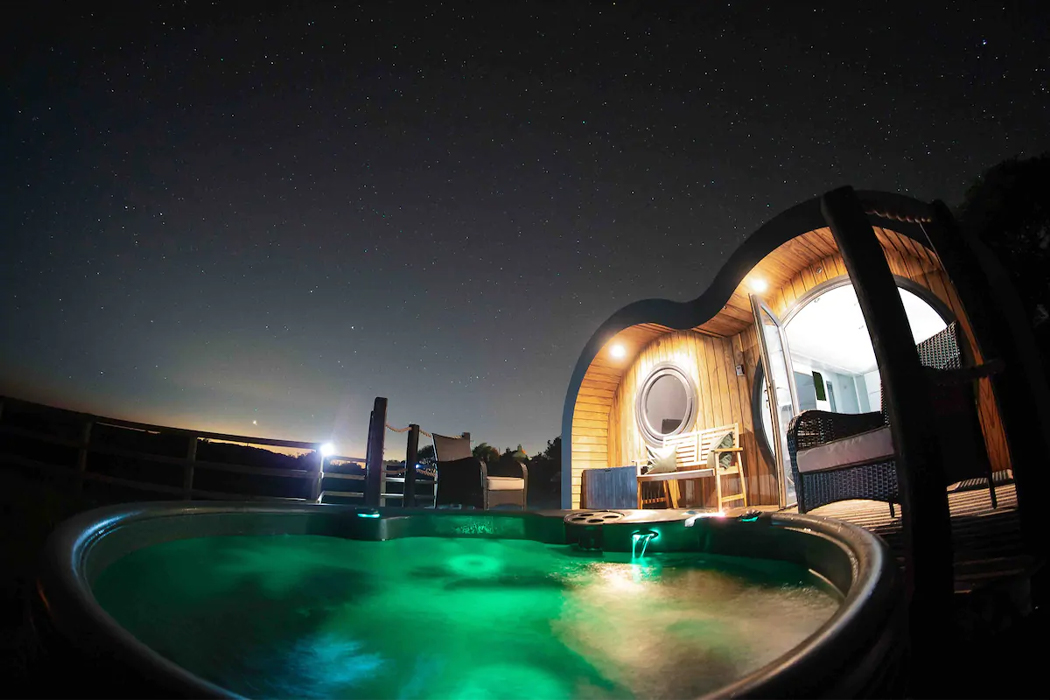 Stars dot the night sky, under which guests of The Willow can enjoy a night in the hot tub. 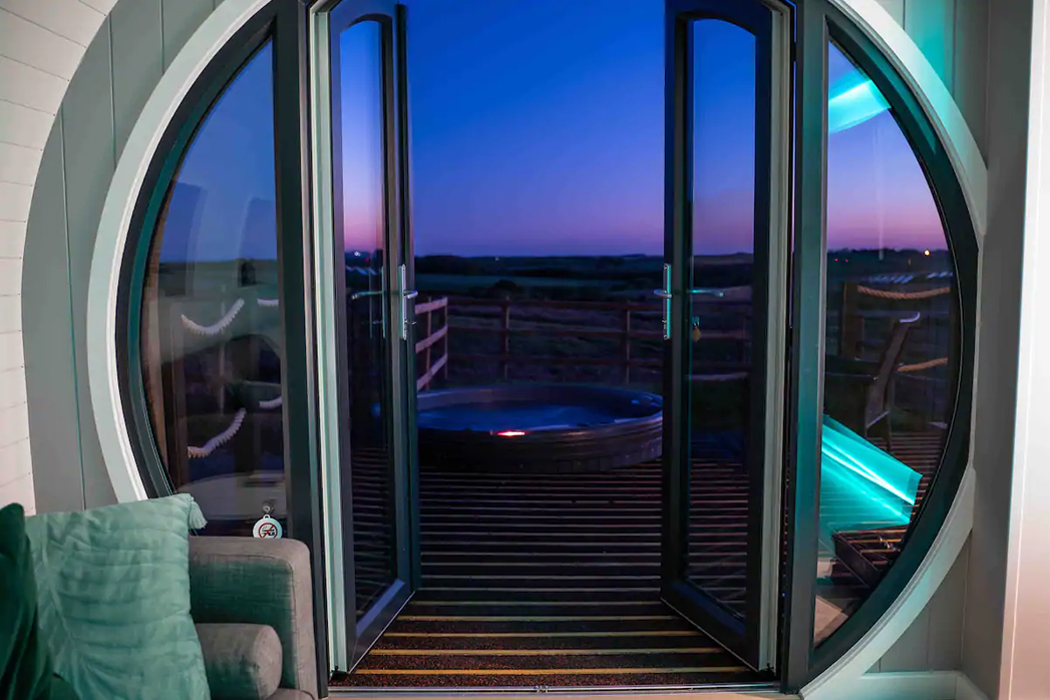 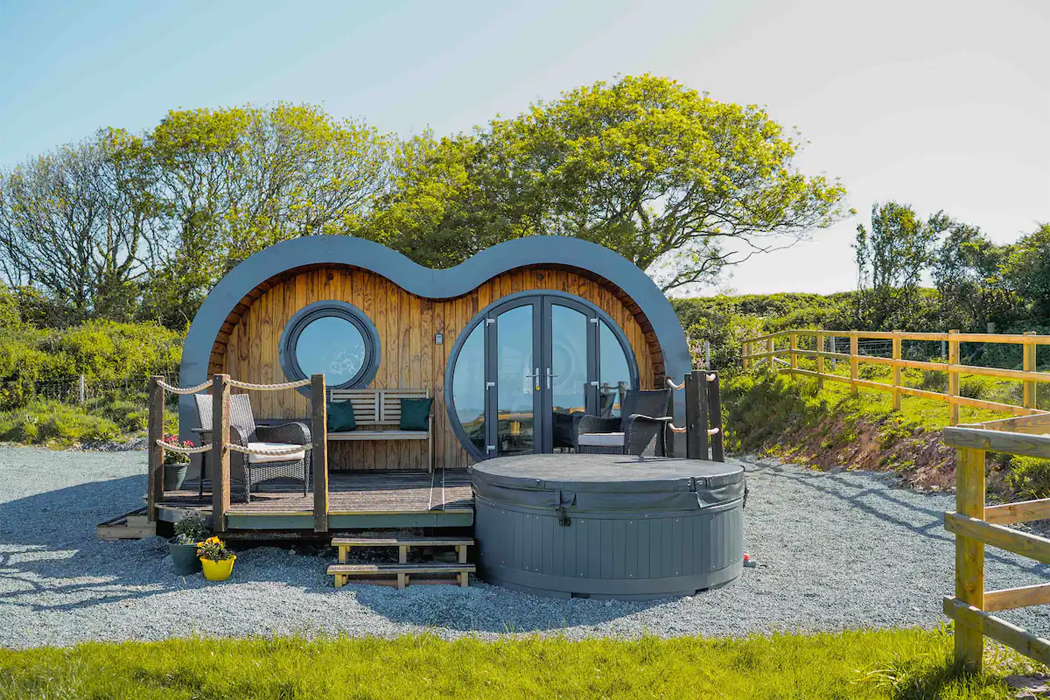 This wooden cabin uses plexiglass to give you uninterrupted views!