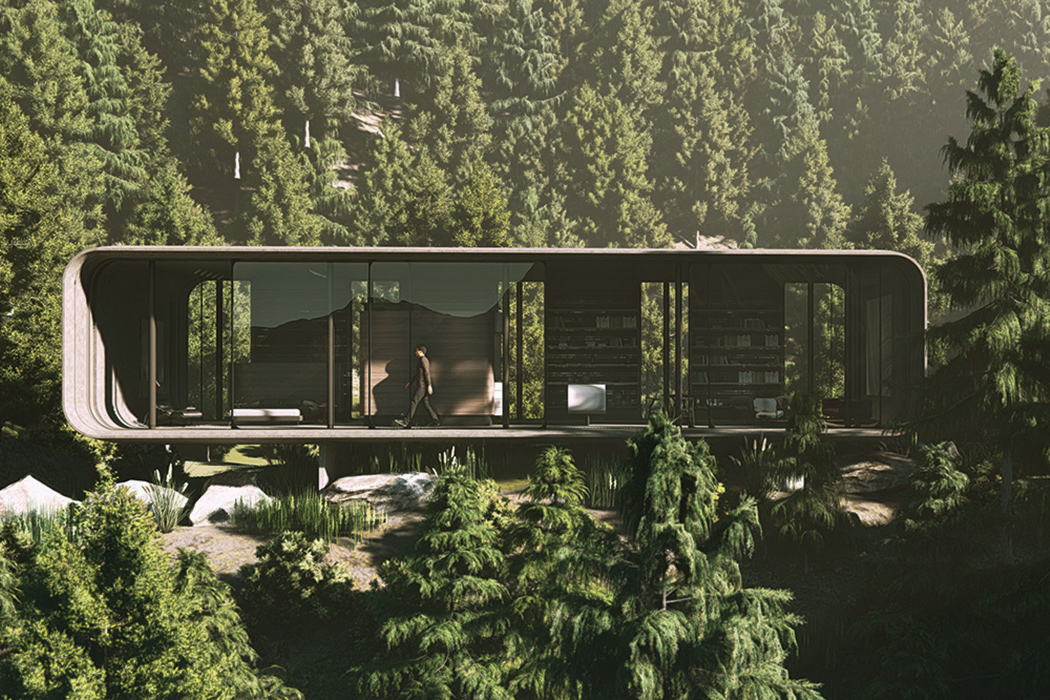 Imminent Studio and Grafito Design Studio have teamed up to create Dwelling Pod or D-Pod for short, a mono-volume residence inspired by the shape and form of a minivan and the functionality of modernism. While D-Pod hovers somewhere above the architectural category of ‘cabin,’ its design and aesthetic follow today’s trend of prefabricated ‘cabins in the woods.’

Constructed from concrete, glass, and metallic material, D-Pod is “based on the concept of lightness,” as Grafito Design Studio puts it, “where the separation of the ground is sought and lifted; its internal functional modules also use this concept of being ‘separated’ from the floor and ceiling.” In fact, D-Pod’s mono-volume nature makes it so that walls or dividers are unnecessary. Aiming to create an interior of spatial fluidity, the ‘rooms’ inside D-Pod flow into one another without the added impediment of walls or physical boundaries.

With transparent, floor-to-ceiling walls enclosing the entirety of D-Pod, the dwelling’s interior expands the visual space, dissolving D-Pod’s only walls into the environment that surrounds it. Conceptualized in the middle of a dense forest and mounted on top of a solid rock formation, D-Pod’s spatial fluidity, transparent walls, and air of modernism allow the structure to blend right into its surroundings.

Based on the form and shape of automobiles, D-Pod’s curved edges and mono-volume frame were inspired by the structure of minivans. While the rounded corners provide D-Pod with a distinguishable and appealing frame, its flat surfaces, roof, and floor fill D-Pod out with functionality and stability. Measuring 170m2, D-Pod currently stands as a concept, but everything from the pod’s inside to its outside has been planned for future developments. 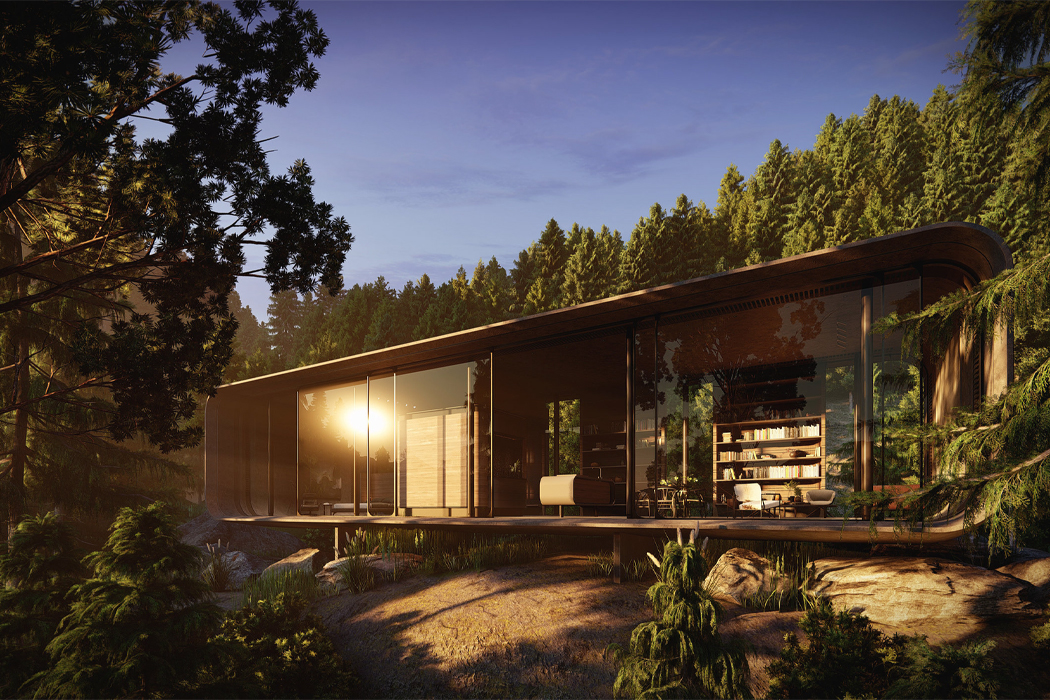 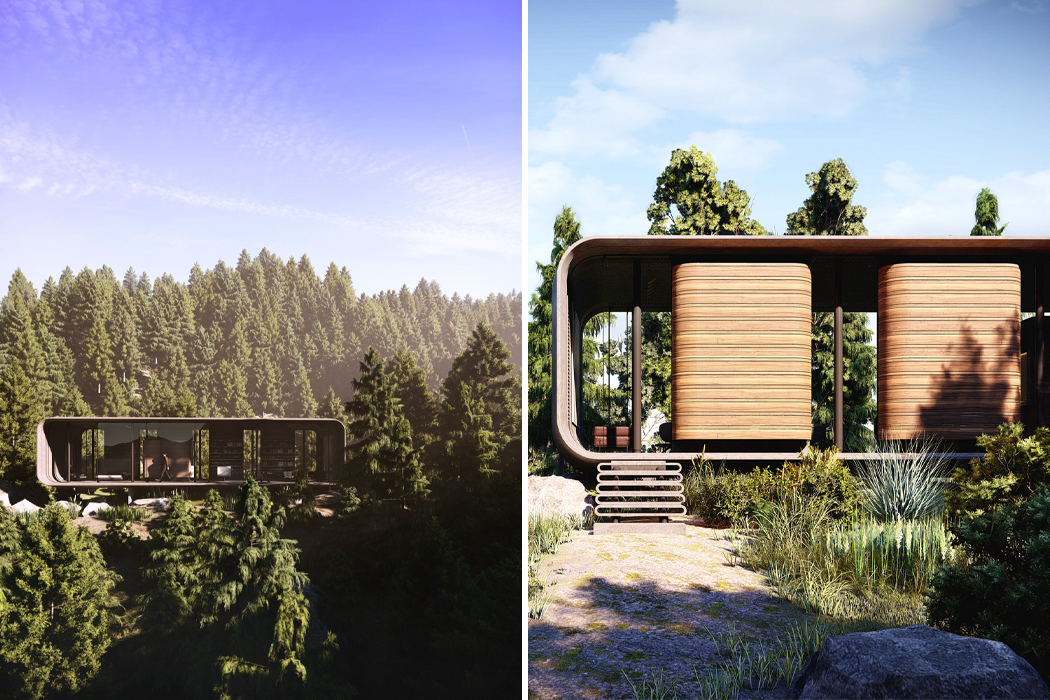 With transparent, floor-to-ceiling walls, D-Pod blends right into its surroundings. 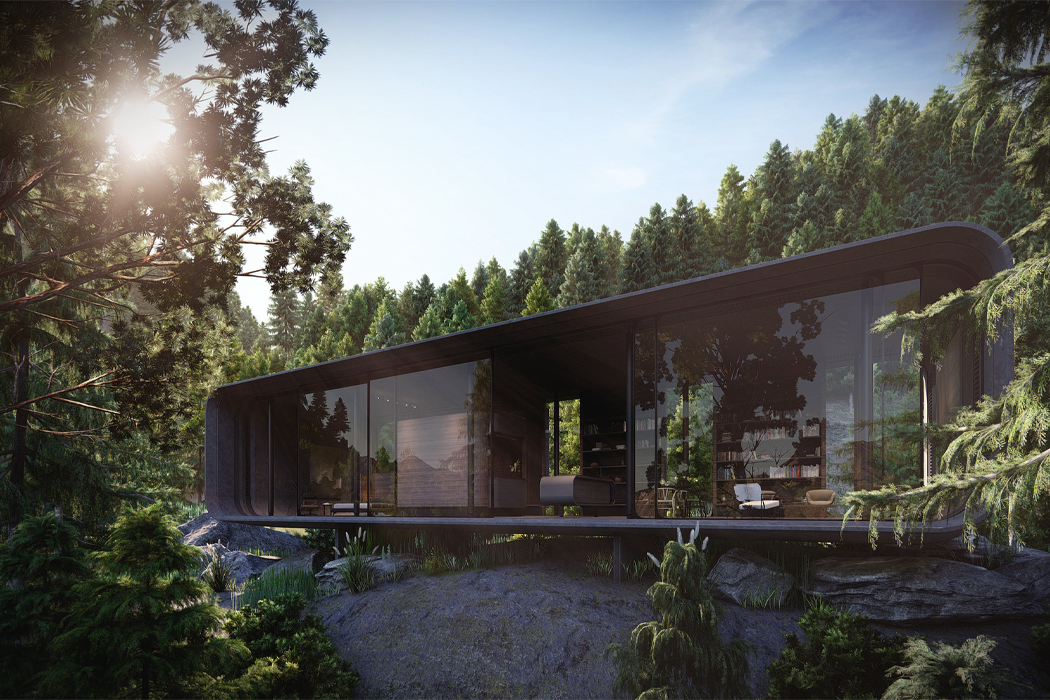 Glass panels can slide open and close to either entirely open up D-Pod to the outside or enclose it with transparent walls. 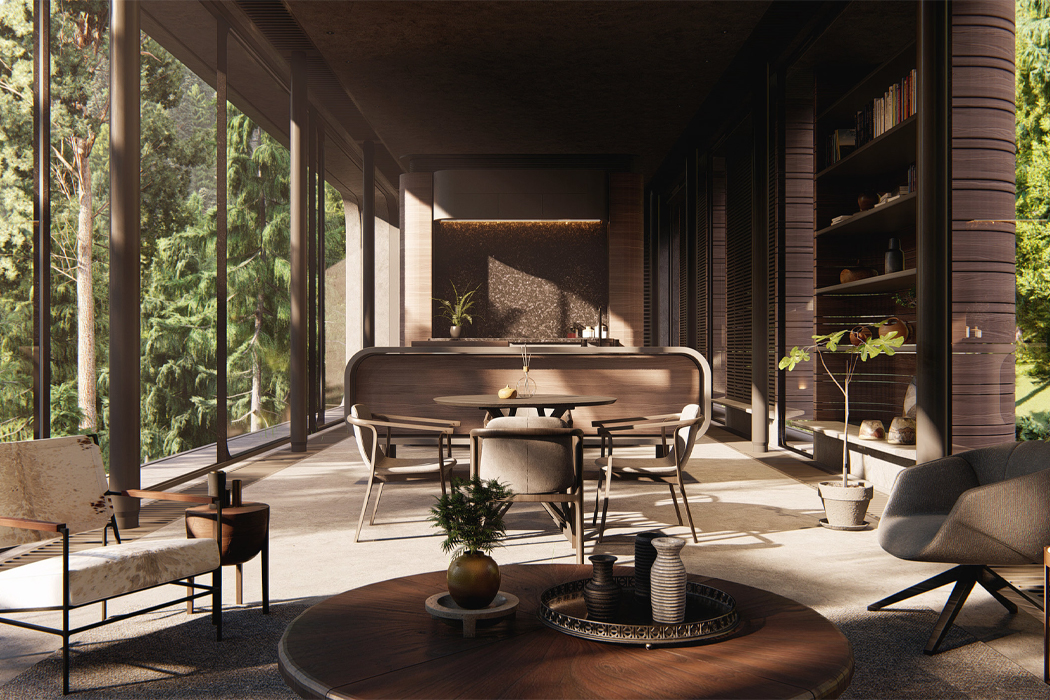 Inside, the lack of walls and dividers give D-Pod a mono-volume feel, similar to that found in a minivan. 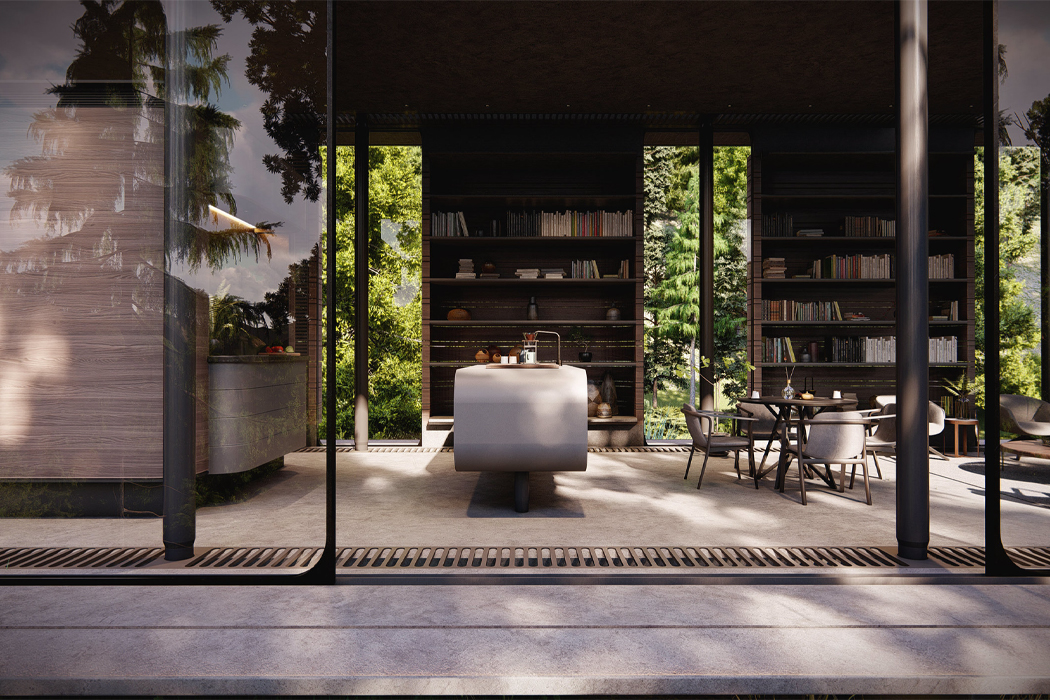 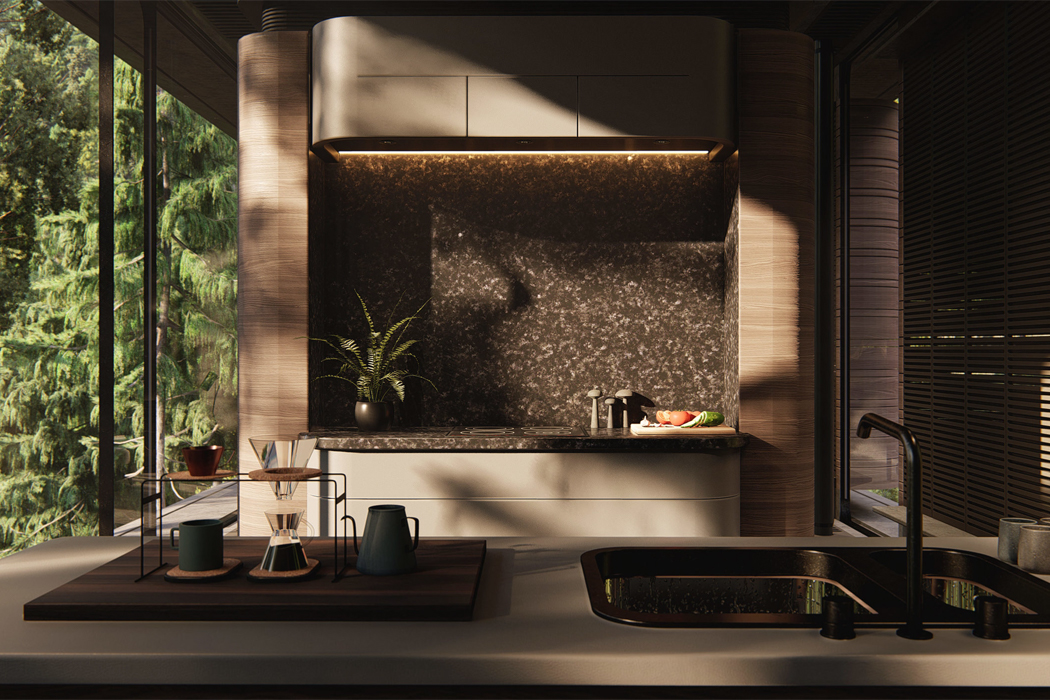 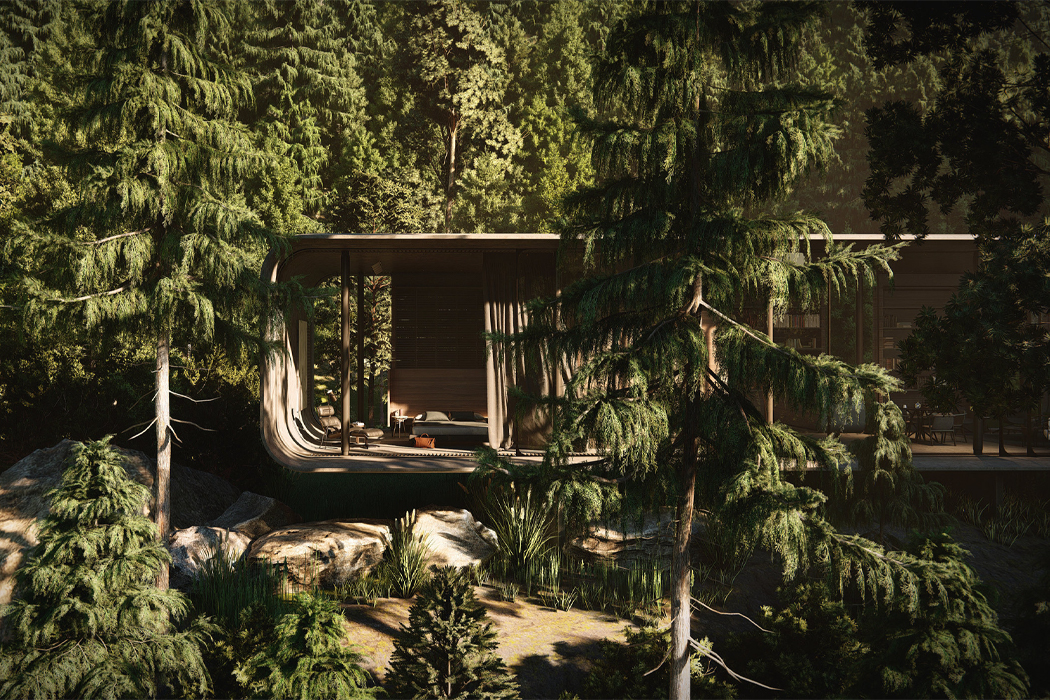 With a wooden roof and transparent walls, D-pod is discreet in nature. 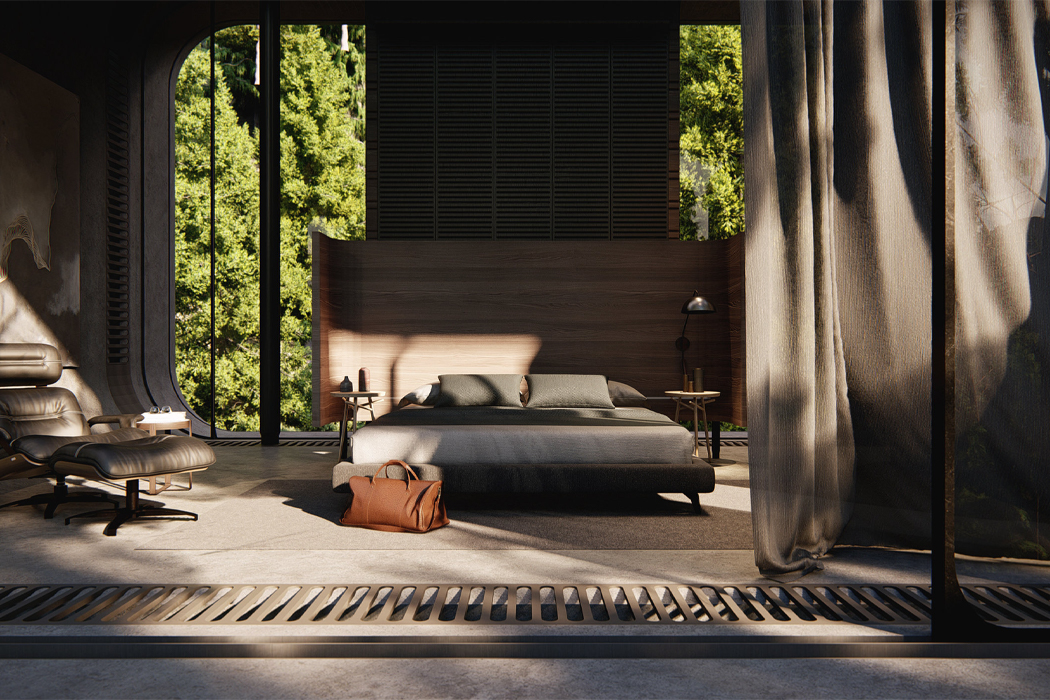 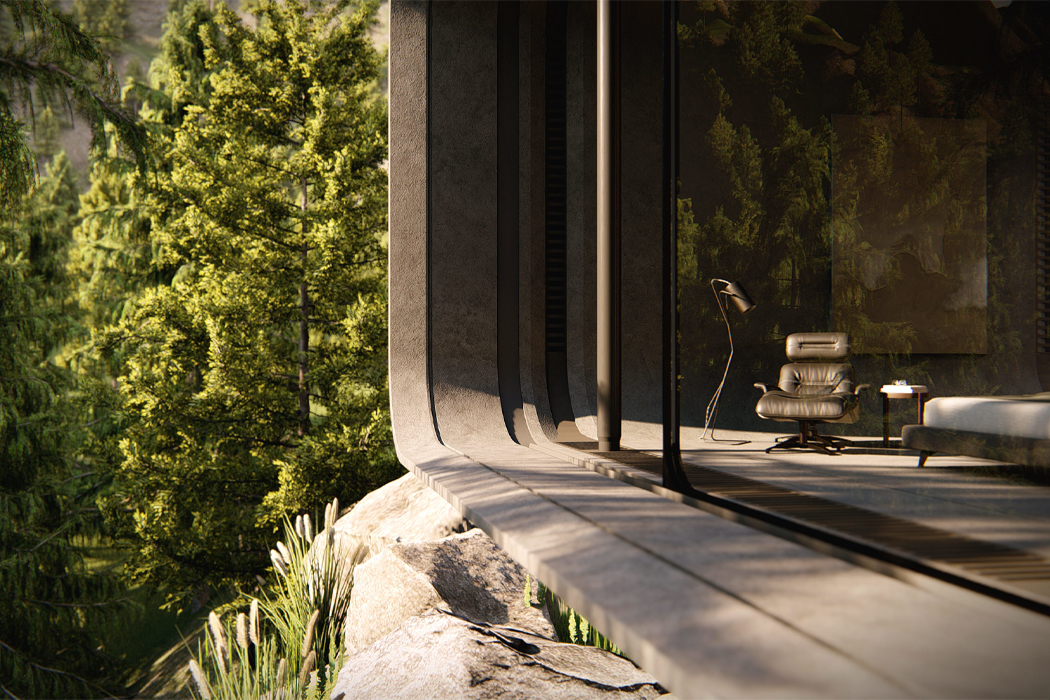 D-Pod is made of concrete, glass, and metal. 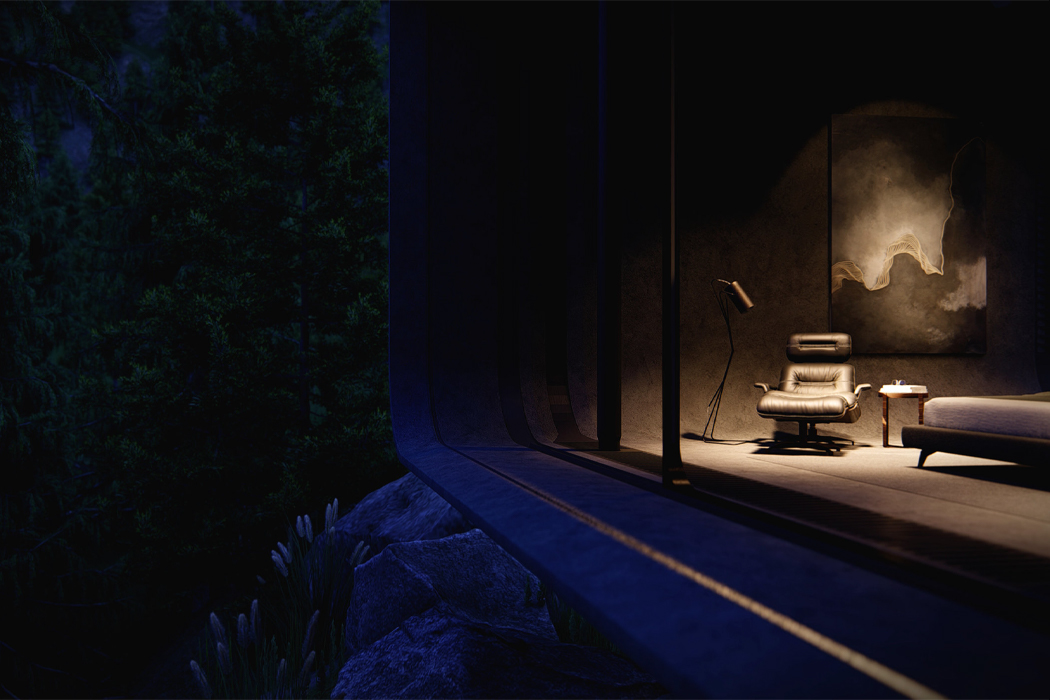 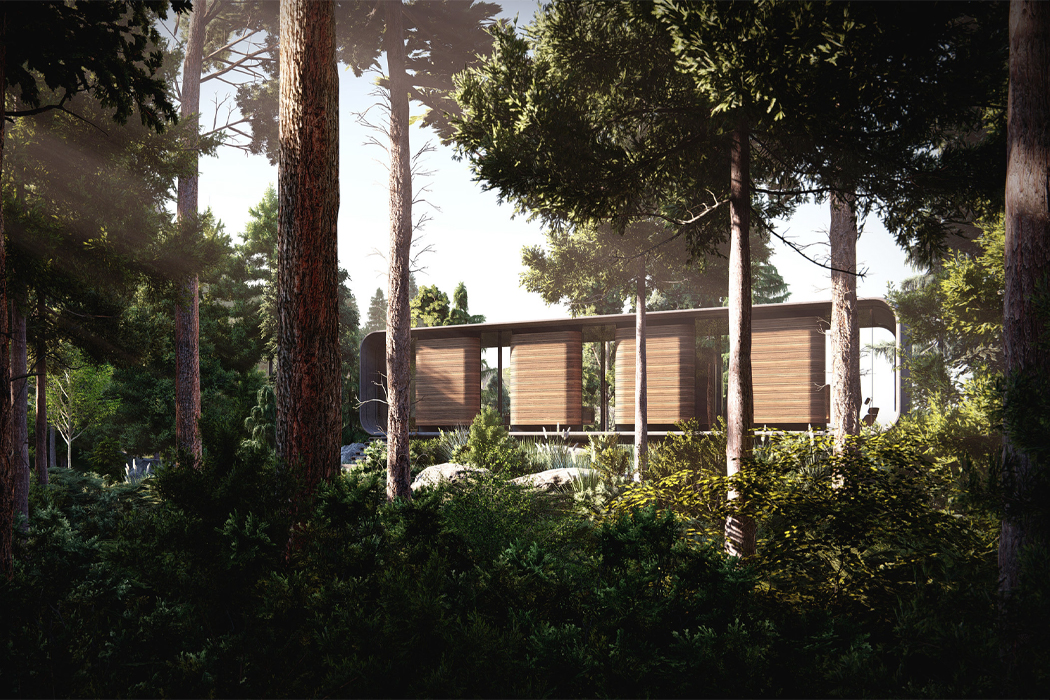 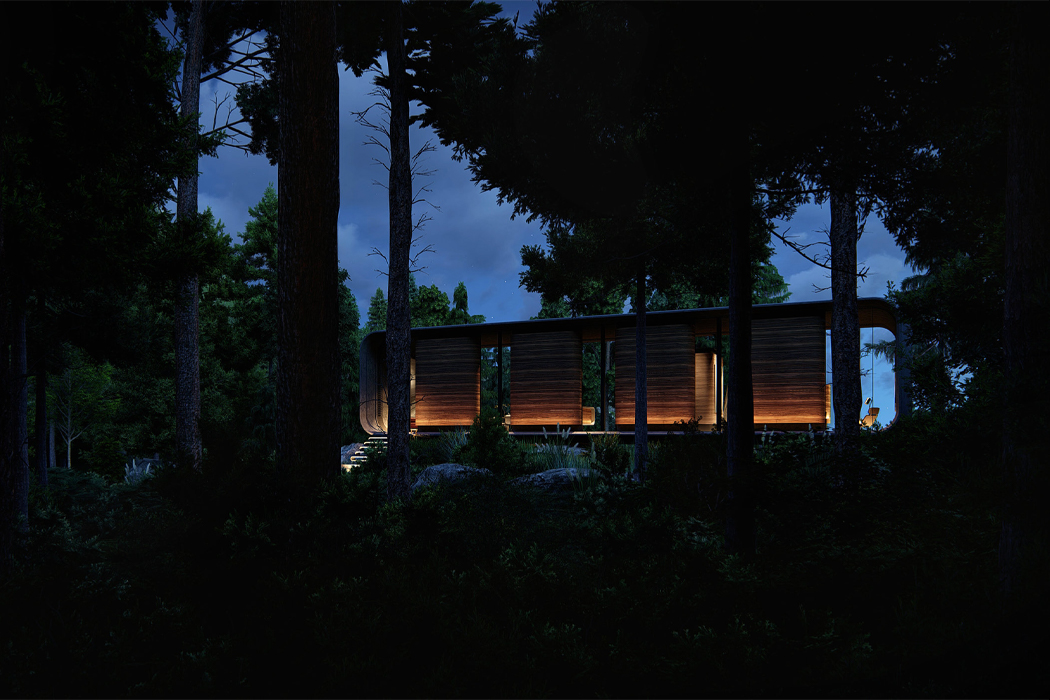 A Place for Your Lightsaber

So you’ve got about 500 gaming controllers, all of them all over the place. Am I right? What do you do with them? Do you…

Let your OCD run wild with the SOUL Kitchen by SVOYA Studio! This modular design is an organizers wet dream. It allows for an open…

The Symfonisk Speaker Lamp has the style of IKEA, but the soul of Sonos

Designed by IKEA, and Powered by Sonos, you’re looking at the Symfonisk, a range of offerings by the two collaborating companies. Designed as a table-lamp-speaker…