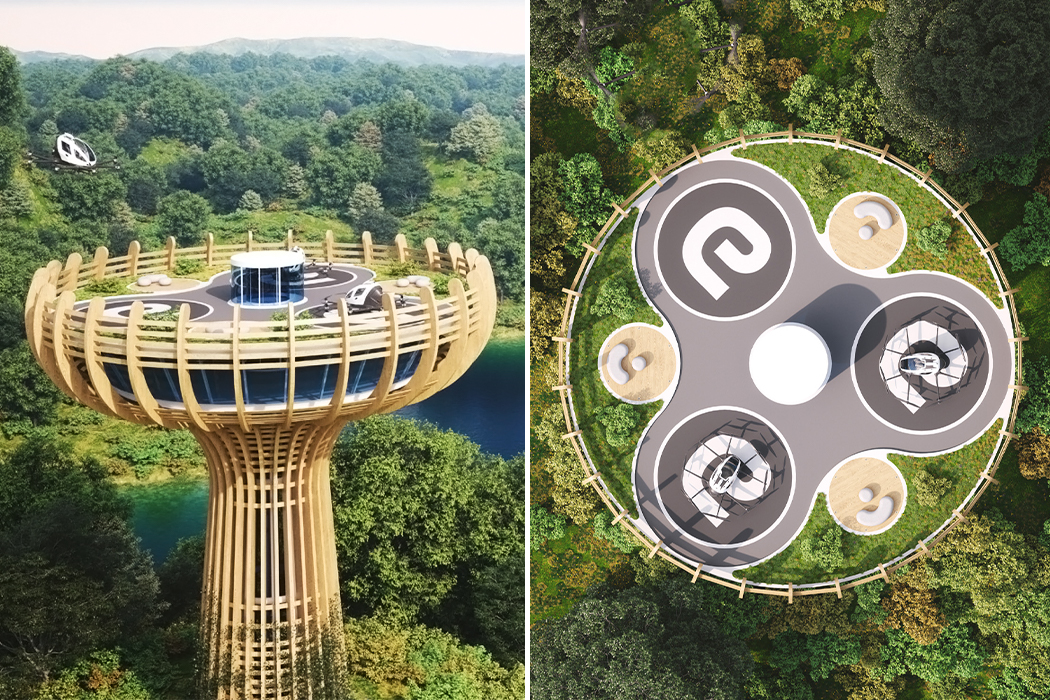 It is 2021 and for some weird reason when we entered the 2000s we all dreamed now would be when we would have flying cars or “air taxis” if you want to make it sound more realistic. However, there is one thing we didn’t include in our imaginative stories, these flying cars or air taxis will pick us up and also land in specific places only unlike Uber or Lyft that comes right outside your door. Keeping the future and these logistical details in mind, Chinese air mobility company EHang announced plans for a “vertiport” in Italy called Baobab designed by Giancarlo Zema Design Group (GZDG). Baobab will be an innovative eco-sustainable vertiport that produces energy and recharge the drones wirelessly!

EHang is developing an eVTOL (electric vertical takeoff and landing) vehicle which will be capable of picking up one to two passengers (initial model) then autonomously flying them to their destination. It is actually not a distant dream, EHang has actually already delivered 40 functioning air taxis to customers for testing, training, and demonstration purposes. So the company joined hands with GZDG to build a vertiport that has been inspired by the African baobab tree. The 30-meter-tall (98-ft) tower will have 360-degree windows and will be constructed from steel + laminated wood. The passengers will take an elevator to the platform for takeoff and landing on the roof terrace. Below the terrace, there is a waiting room as well as a 200 sq m (2,153 sq ft) panoramic restaurant that will offer views of the lush landscape. The vertiport will feature several photovoltaic panels that will generate over 300 kilowatts of power per day. On the roof, there are green areas with seats and three landing areas for electric drones that are recharged wirelessly from the landing pad floor which will feature some of the non-slip photovoltaic panels integrated with LED lights for night lighting and signage.  Baobab, the three independent plug-and-play charging stations, and two-passenger EH216 eVTOLs will run on the power provided by clean energy.

Baobab is a vertiport designed with the intention of boosting the eco-tourism industry – air taxis will pick passengers up at the tower and take them on sightseeing tours of the surrounding countryside. While the exact location for this project is yet to be announced, the EHang is already working on additional structures for Europe and Southeast Asia. 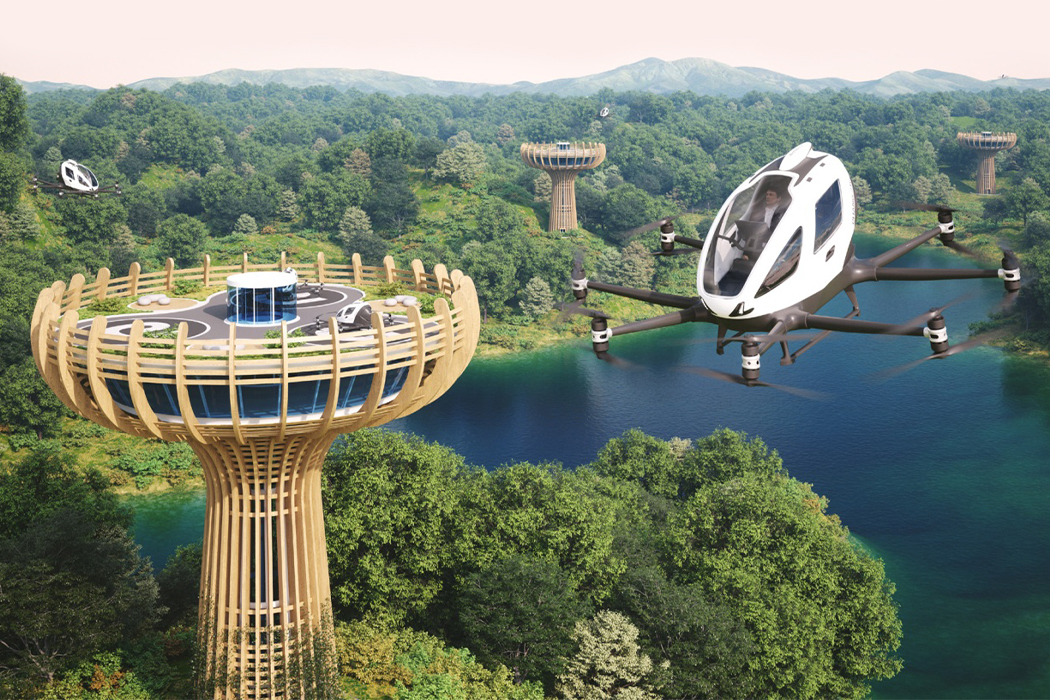 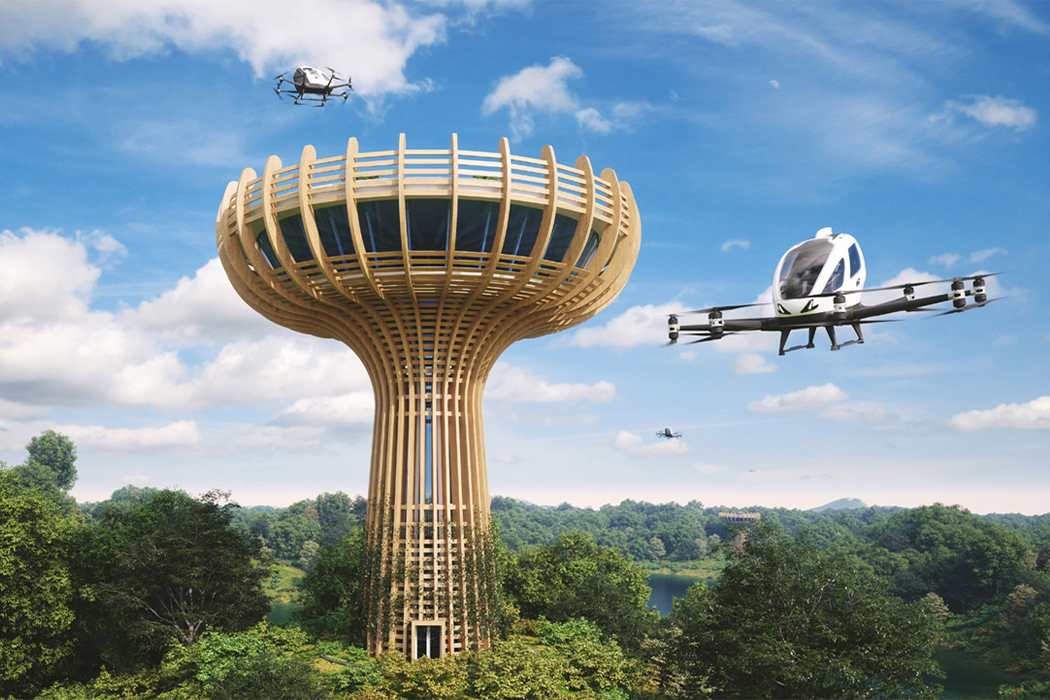 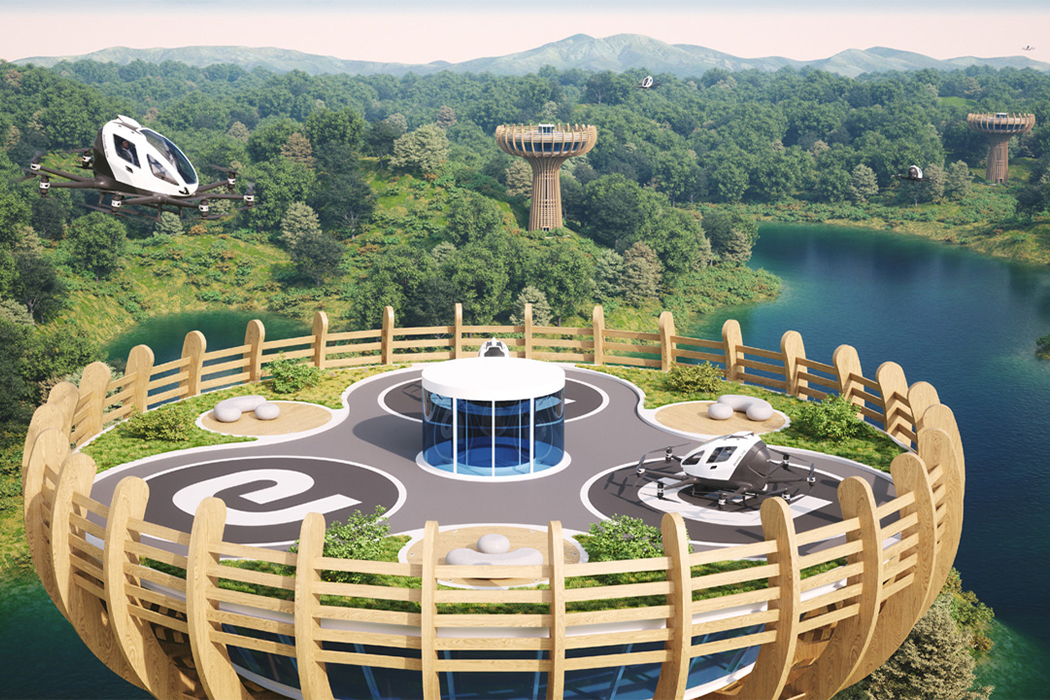 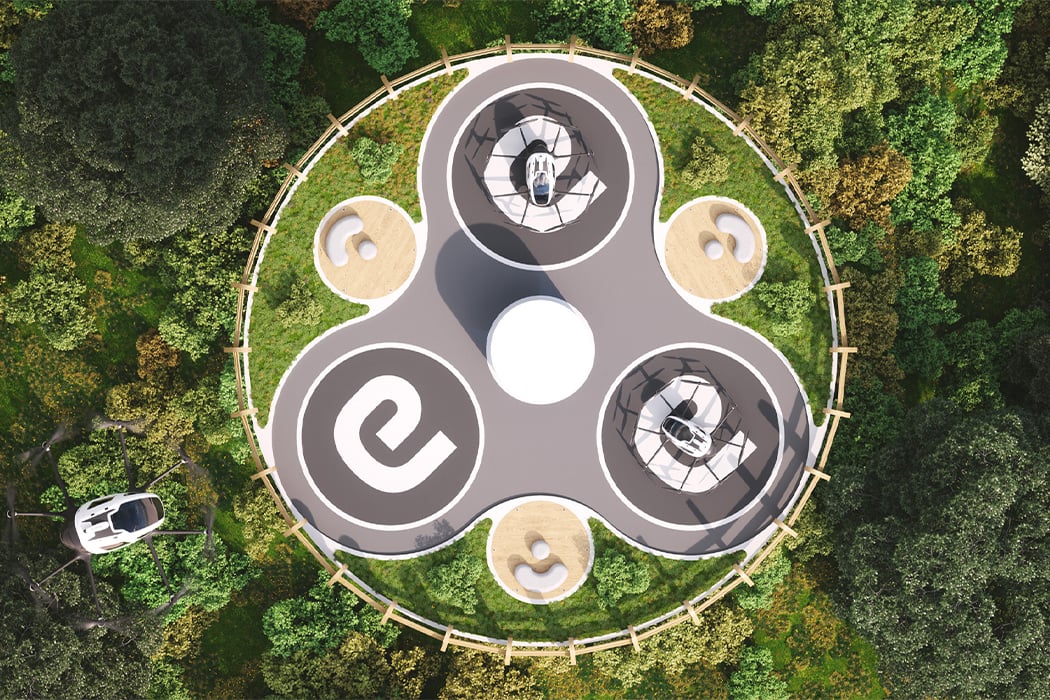 Take a look at the bottom of the Octopax soccer shoe and its aquatic inspiration will be immediately obvious. Like the suckers and tentacles of…

This chair was designed to let you sit cross-legged for better posture and health!

I always sit with one leg tucked or my legs crossed when I am working because I find it comfortable. I thought I was the…

This smart food storage device regulates temperature to keep your meals fresh in any climate!

I lived in various different climatic settings and one thing that is a persistent small problem causing large amounts of waste is storing food. If…