Matt, of YouTube’s DIY Perks, has his own ideas to pass the time with quarantine. That’s to say, he built an invisible PC. Well, he constructed a desk with an interior that stows away a fully-operative hardware system for desktop computers. The outer shell of his invisible PC consists of two main materials: hardwood and aluminum sheeting. Matt used two sheets of aluminum to give his desk structure since they are less than half the thickness of wooden materials and can produce a bend-free design. In order to achieve this, Matt placed wooden beams along the perimeter of one of the two sheets of aluminum, drilled pilot holes, into which he inserted machine screws for a secure attachment. With the insertion of wooden beams along the perimeter, the desk has an interior space with a height of 44 millimeters, which is just enough to contain the components needed for PC operation, AKA the nitty-gritty hardware business.

Inside the belly of the beast, an internal height of 44 mm allows room to house a power supply, cooling system, graphics card, and motherboard. Since standard ATX power supply units are too big to fit within a height of 44 mm, Matt used a 1U power supply. The motherboard, MSI Tomahawk comes with its own long list of specifications. Moreover, Matt installed a CPU and its cooler, Noctua NHL9X65, to the motherboard before mounting it. His solution for an internal cooling system was positive pressure, which occurs when 40 miniature fans blow air into barriers of plastic strips, which guide that airflow towards the PC heatsinks.

Typically, a graphics card gets mounted directly into express slots on a motherboard, but since Matt needed to remain within the 44 mm height parameters, he decided to lay his graphics card, RTX 2070, horizontally and adjacent to the PC’s motherboard, using an extension cable to connect the two pieces of hardware. Since effective graphics cards are pretty thick, with the fans rising well above the allotted 44 mm headspace, Matt unscrewed his graphics card’s fan and shroud so that he was only left with a bare heatsink. Lastly, he added a platform for the hard drives or SSDs and made it so that they can easily be removed and replaced, which can be accessed from underneath the desk. The only internal hardware that was too tall to fit within the 44mm height was the motherboard, for which Matt carved an aluminum cutout. This allows Matt to easily access the motherboard for future hardware updates or upgrades.

With quarantine keeping me inside my tiny apartment, DIY home projects have filled up some time and channeled some pent-up creativity, but we all have our limits. While I was busy building wooden photo frames and simple chests, Matt constructed a desk that hides an entire PC operating system, which keeps wires organized and your working surface clean, an impressive feat for the non-designer. While the urgency or need for a design like this isn’t particularly strong, Matt managed to build a desktop ideal for busy offices or speaking events that require tidy presentations. Following suit and constructing my own invisible PC is tempting as his construction process was insightful, but for the time being, I think I’ll stick to my simple hinge chests and leave all the hardware business for the professionals. 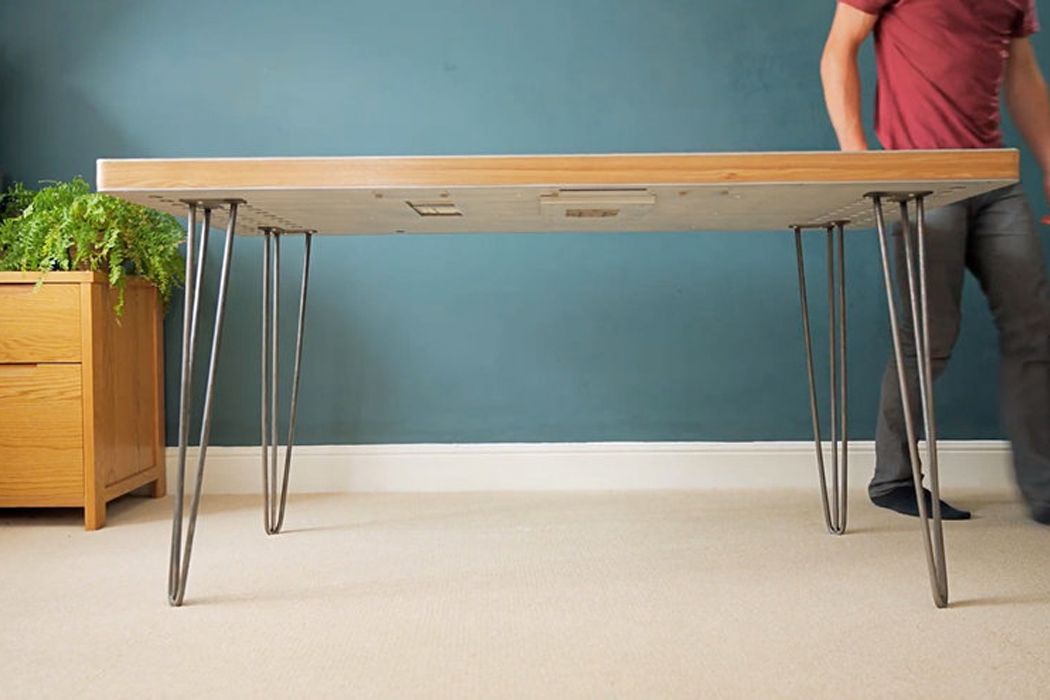 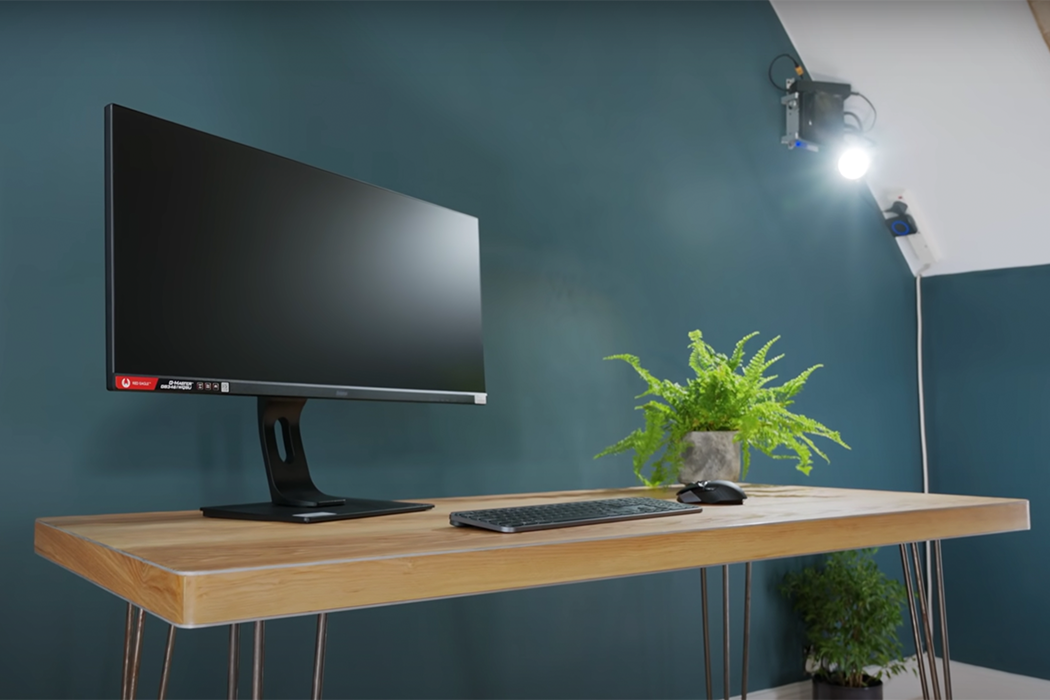 Specifically, Matt used a 500w Seasonic L1U unit, which is a lot quieter compared to other industrial level power supplies. 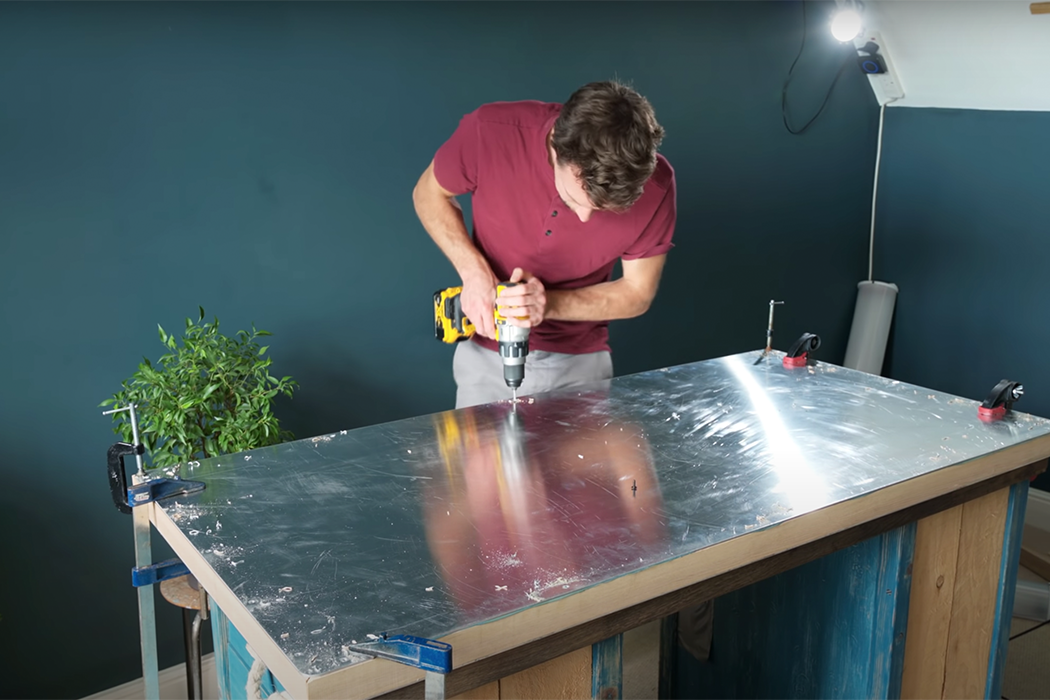 With all of his hardware components laid out, Matt then drilled mounting point holes to fasten each part to the aluminum. 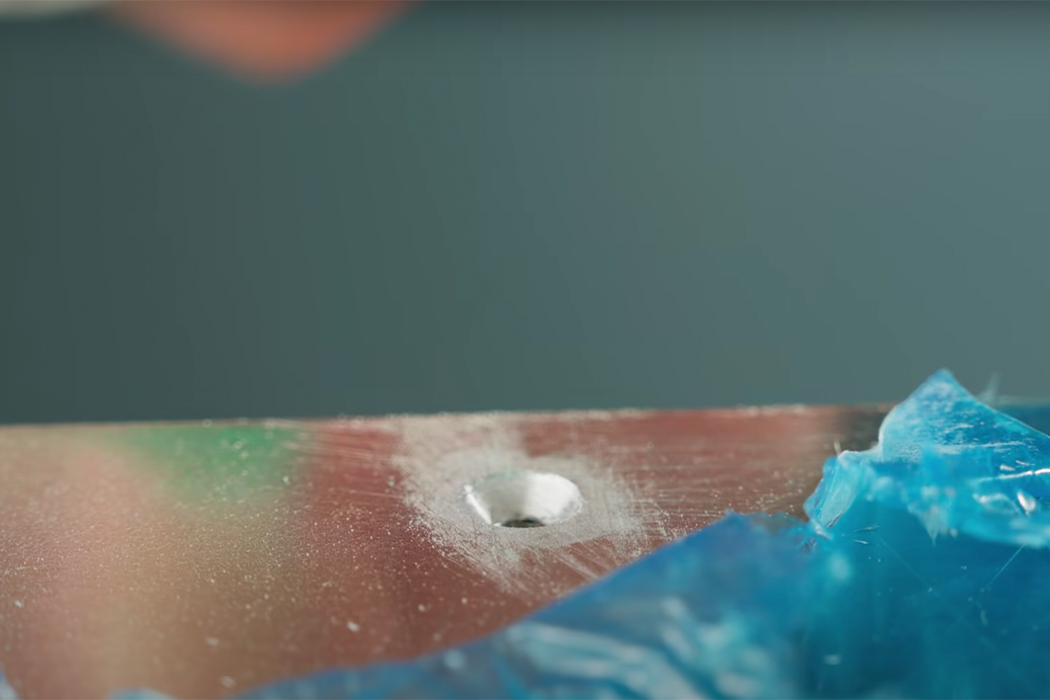 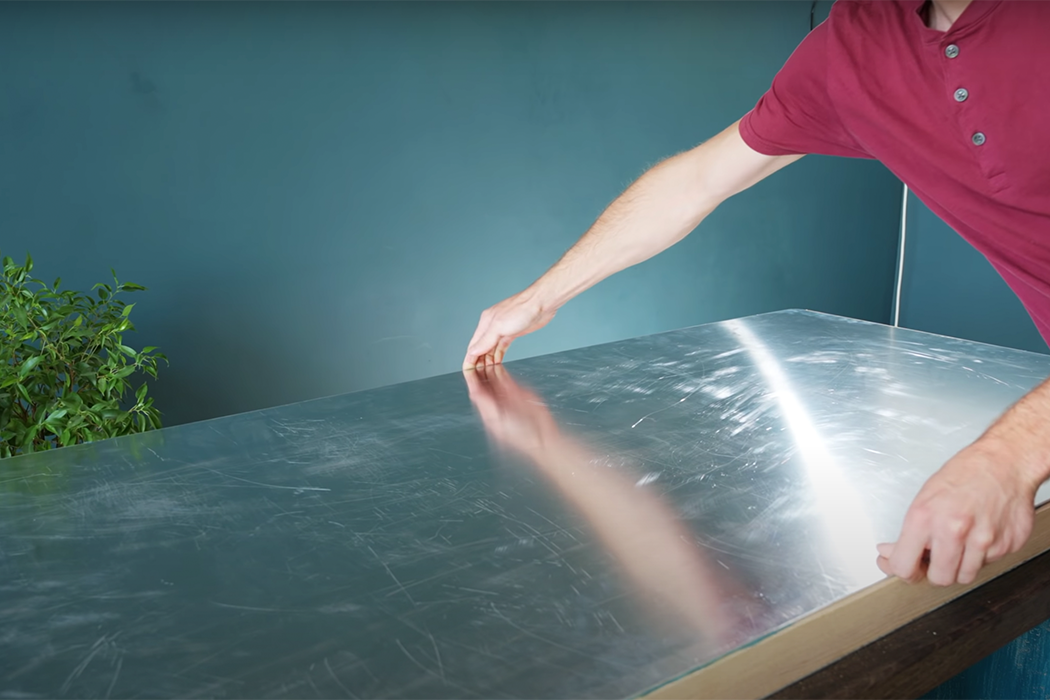 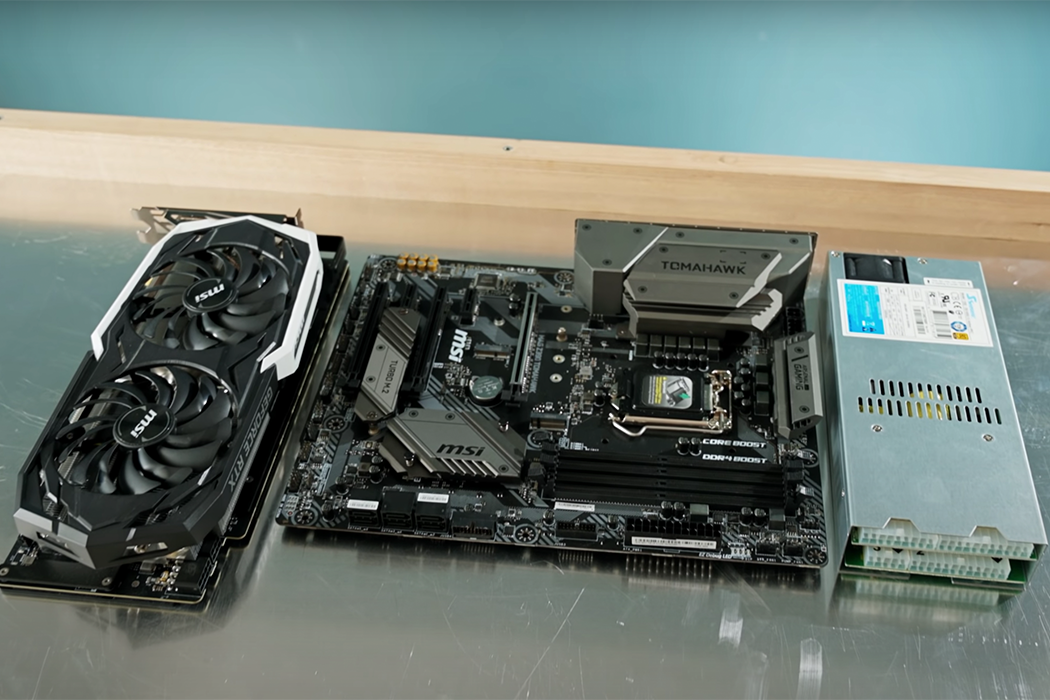 Speaking on the desk’s internal cooling system, Matt says, “Fans on the CPU side, for example, push air into [the PC’s] central area and the only way [hot air] can escape is either through the CPU’s heatsink or a little bit through the PSU.” 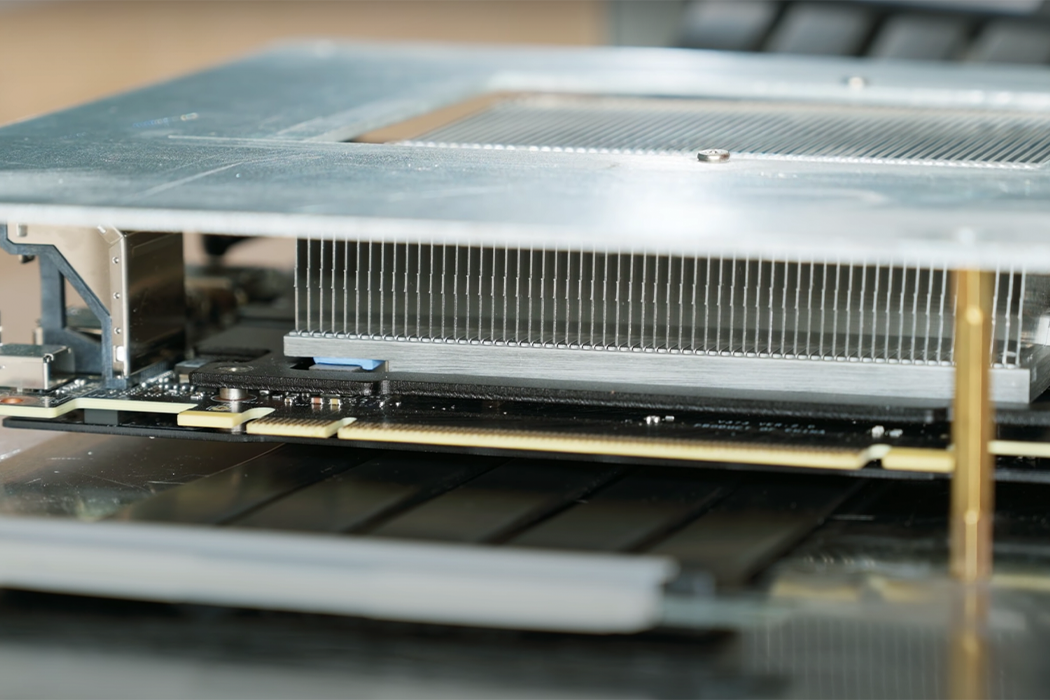 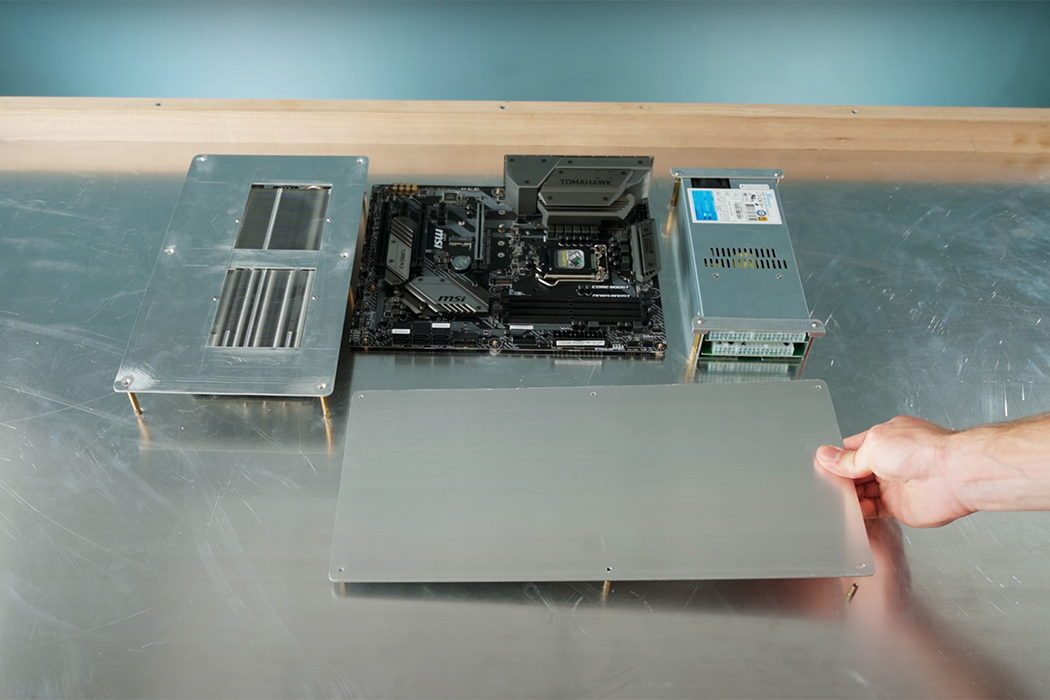 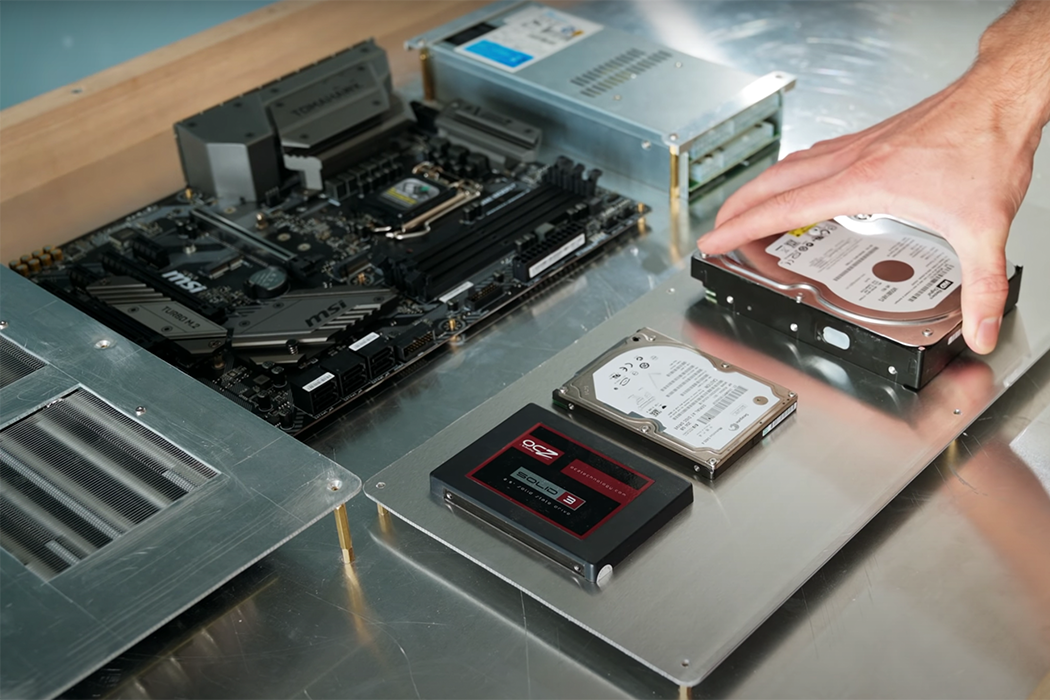 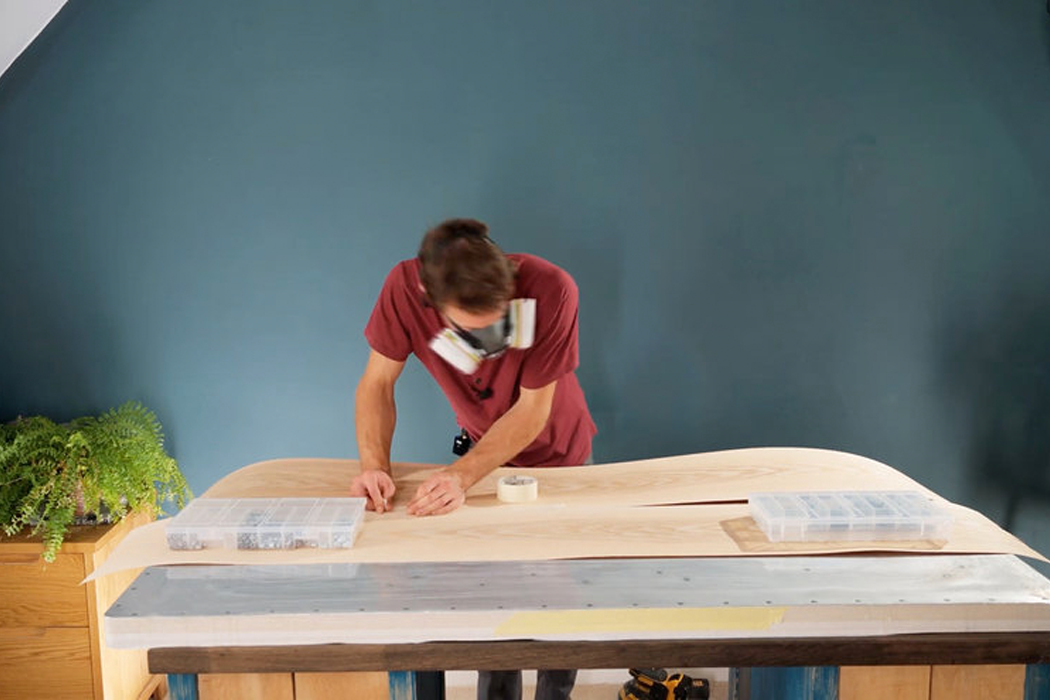 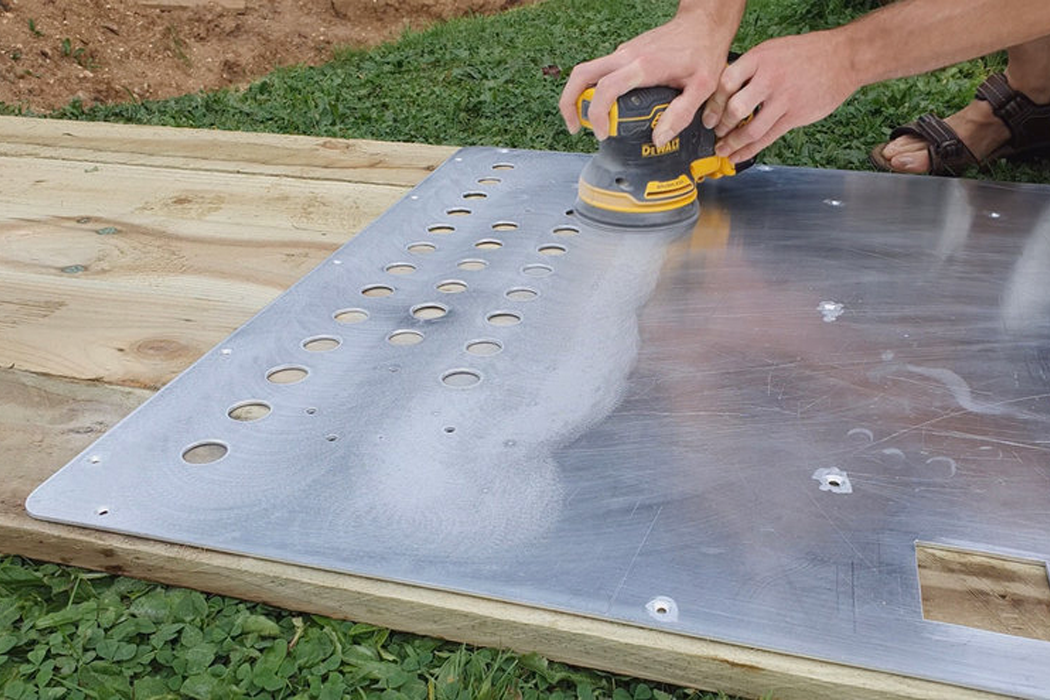 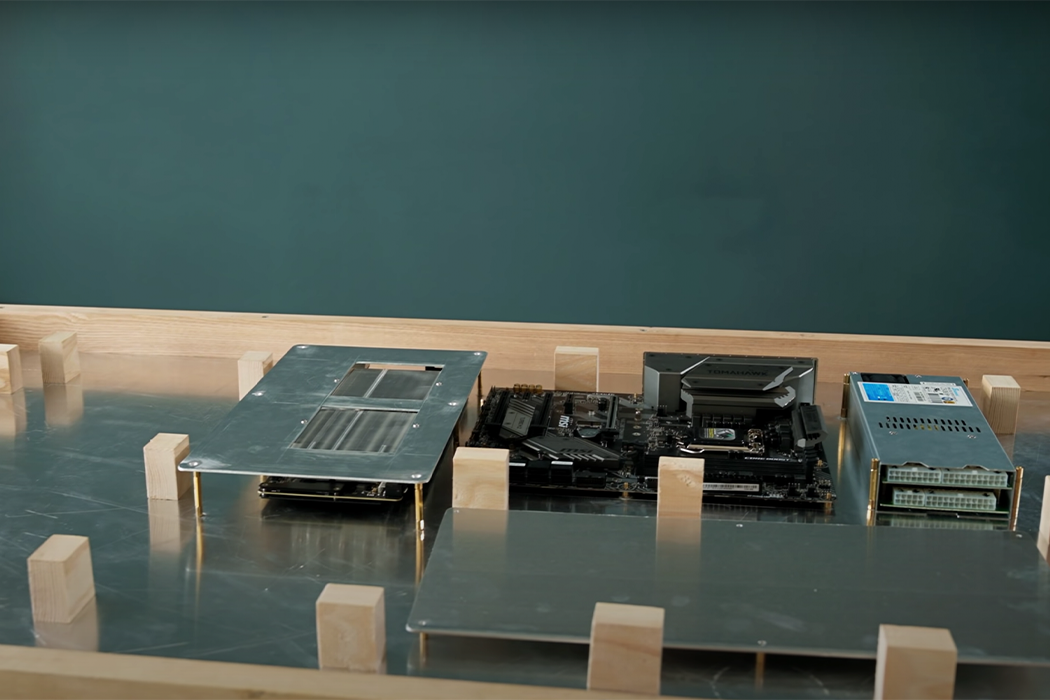 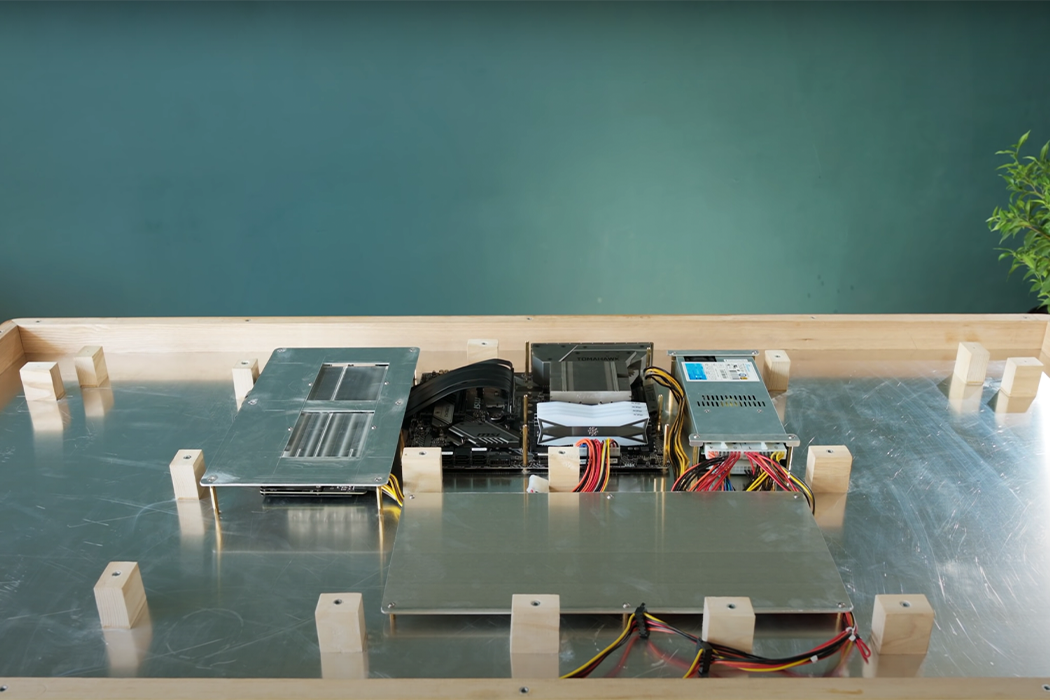 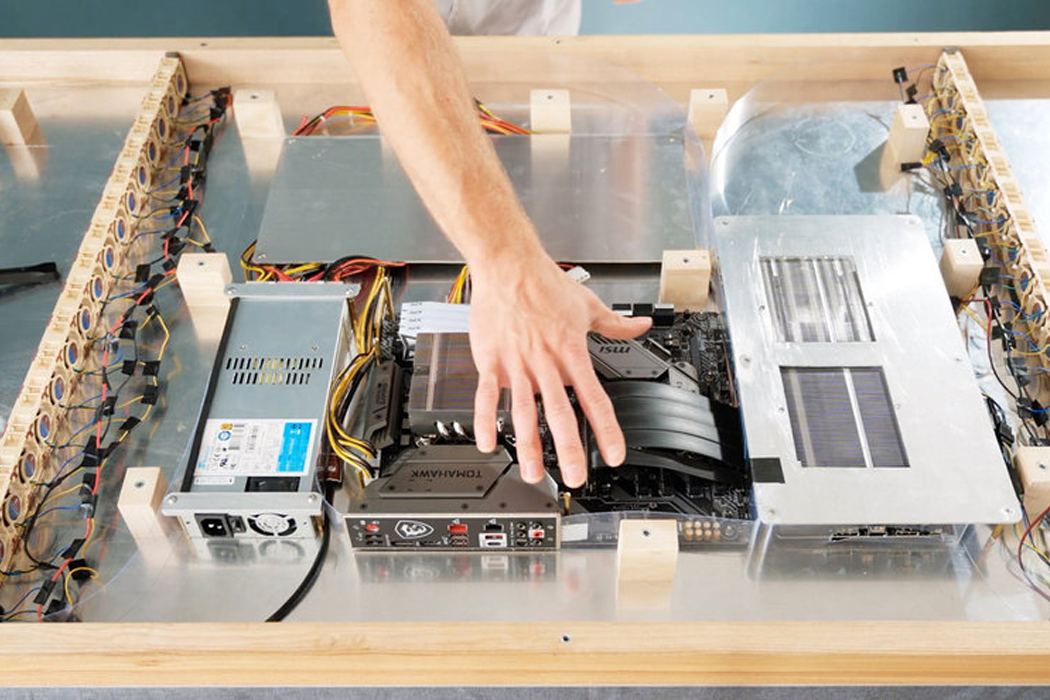 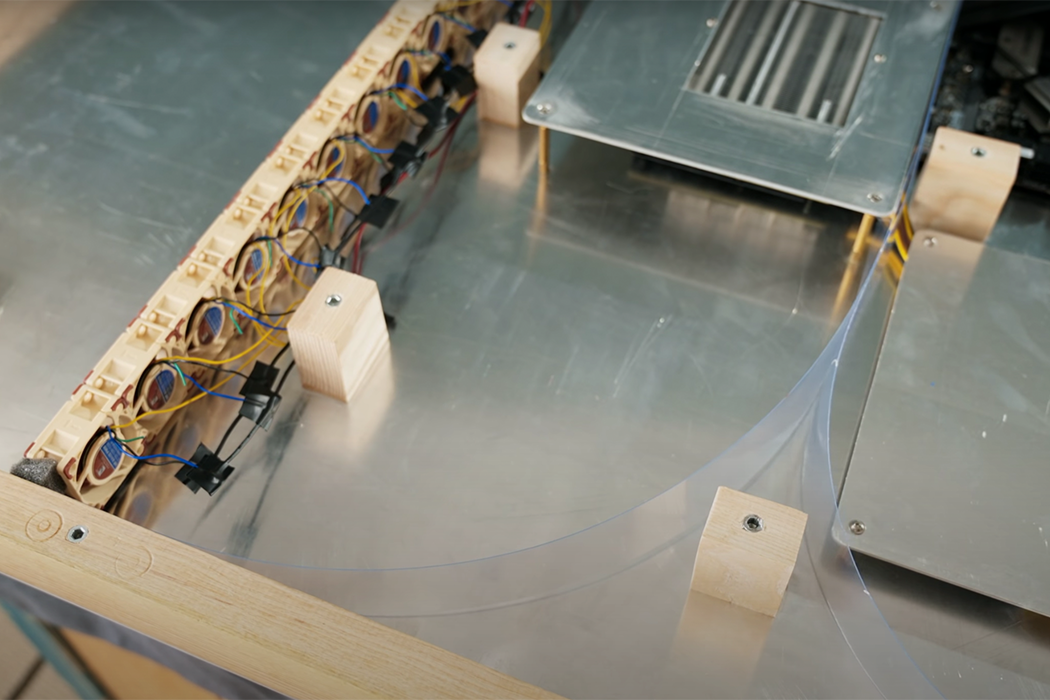 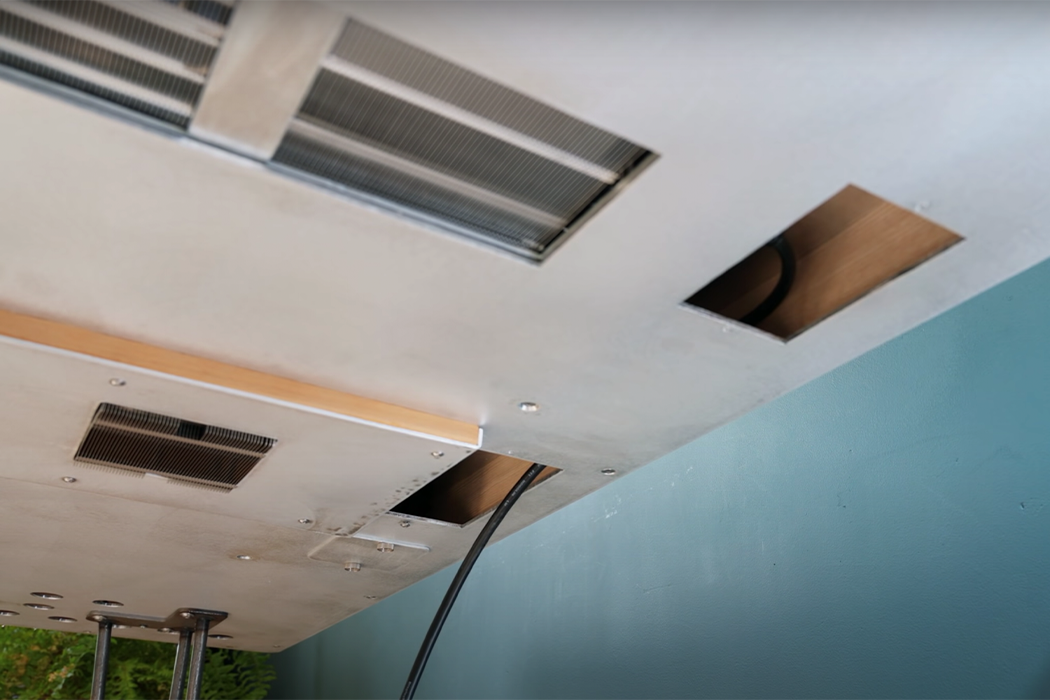 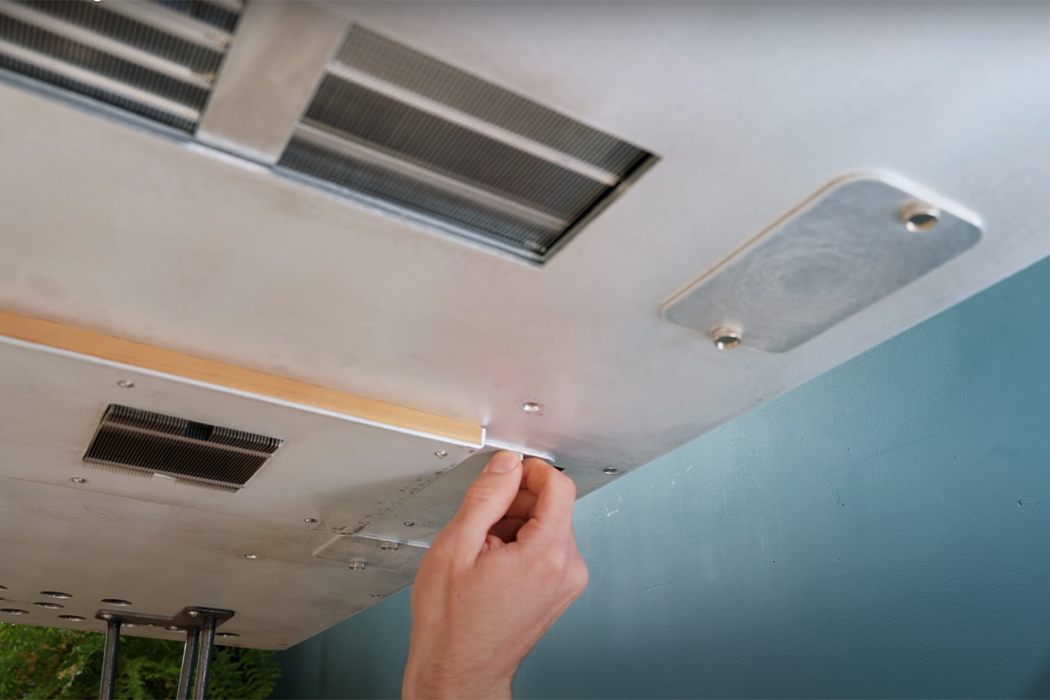 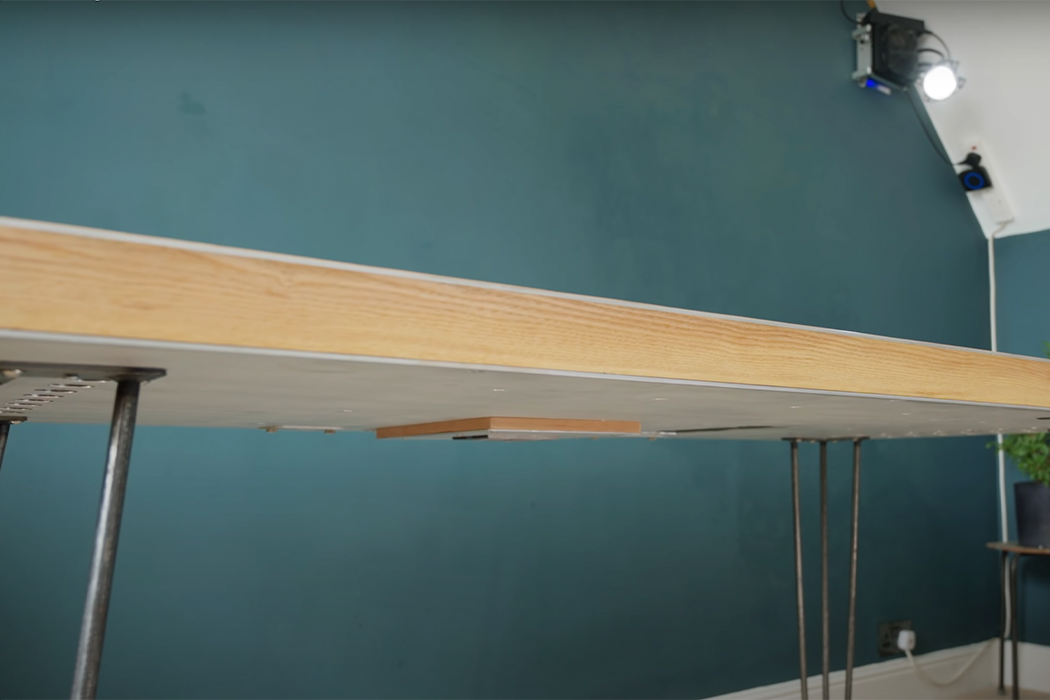 CookPlat is conceived as a portable Pyrex vitroceramic cooker that uses magnetic induction technology. Designed to be modular, this cooker can be transported and used…

The Appletree displays the iPad  without negating ergonomic accessibility. The iPad is still totally usable in portrait or landscape mode but in a more unique…