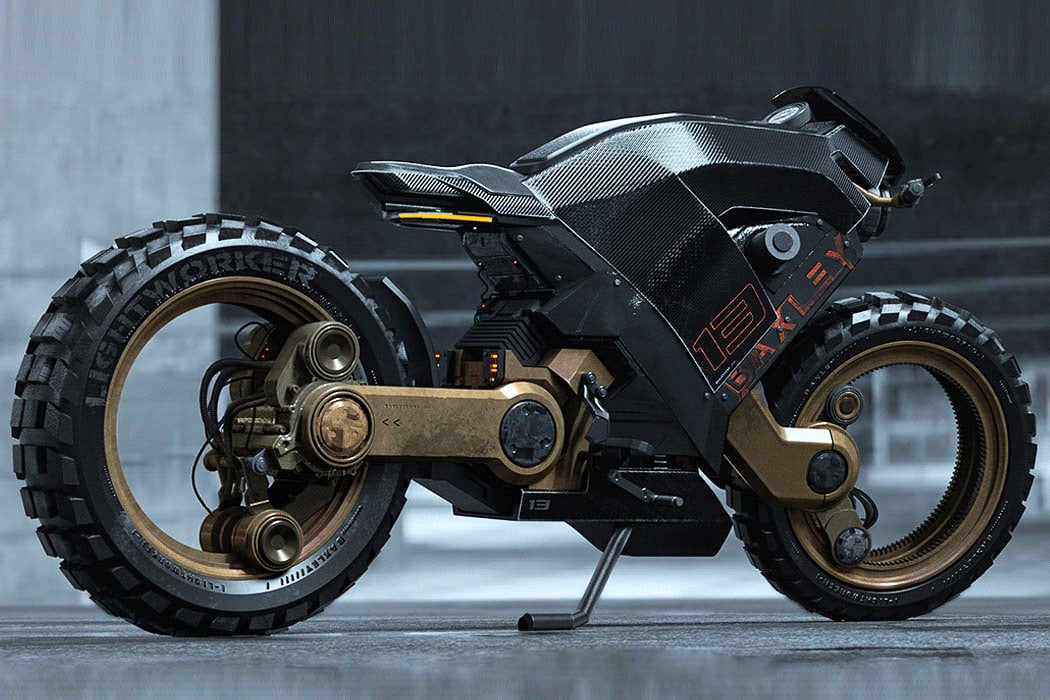 Whenever a motorbike concept comes along, one always hopes it brings to the fore something more than the conventional – pushing the boundaries of design while keeping in mind the feasibility. All factors need to be accounted for while creating a concept design giving it a fair chance to see daylight in the not so distant future. Along the same lines, designer Shane Baxley from Hollywood who has a profound affinity for automotive designs has mustered up yet another concept that shouts out loud for the rightful attention.

Shane foresees the future where hubless electric bikes will ride the tarmac, radiating a sense of authority on the road. His idea of this electric bike is known as the Baxley Moto (of course we get where the naming originates from) and it carries an ultra-futuristic street-legal vibe with the spokeless wheels. The hunched-forward riding position, big treaded tires, suspended tail section (sans any pillion seat), and the protruding sliders, all point towards a ride meant for daredevils who don’t mind the odd detour on the dirt trails.

Shane has kept the design very balanced – not too edgy or contoured like it is with some of the other concept designs. The overall aesthetics of the bike seems very measured, but at the same time, it emanates a sense of power and smoothness when you imagine it whizzing past on the open roads and conquering inhospitable backcountry roads. The bike frame looks to be made from lightweight carbon fiber monocoque material and the hubless wheel array seems solid enough to render cushioning on rough terrains. Without a doubt, Baxley Moto is one futuristic electric-powered bike we would love to see dominating the roads someday! 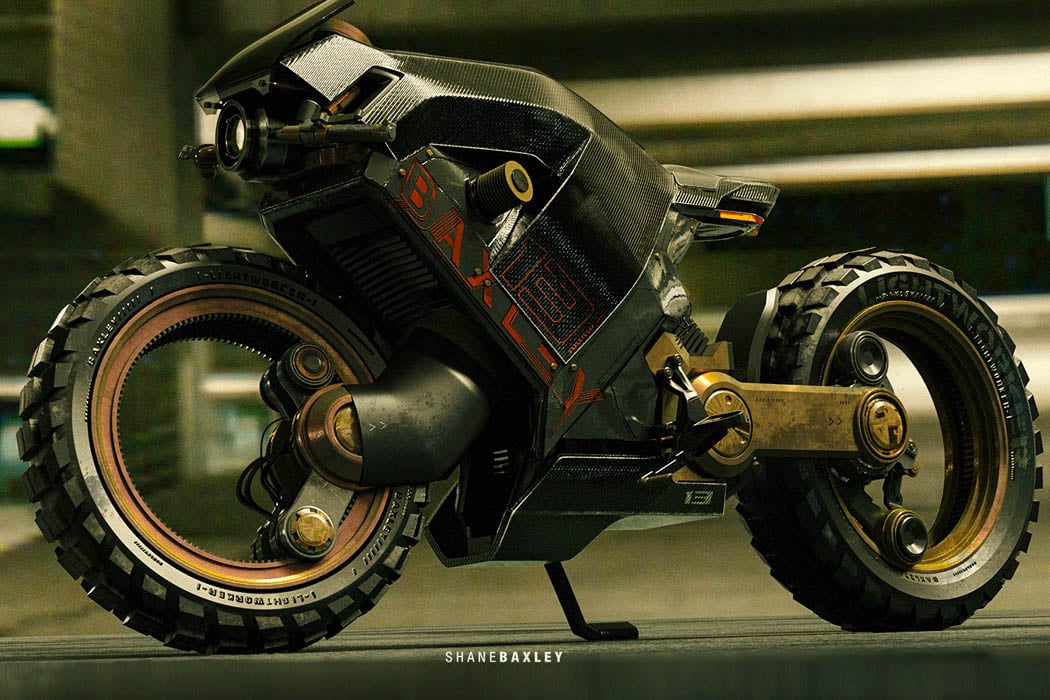 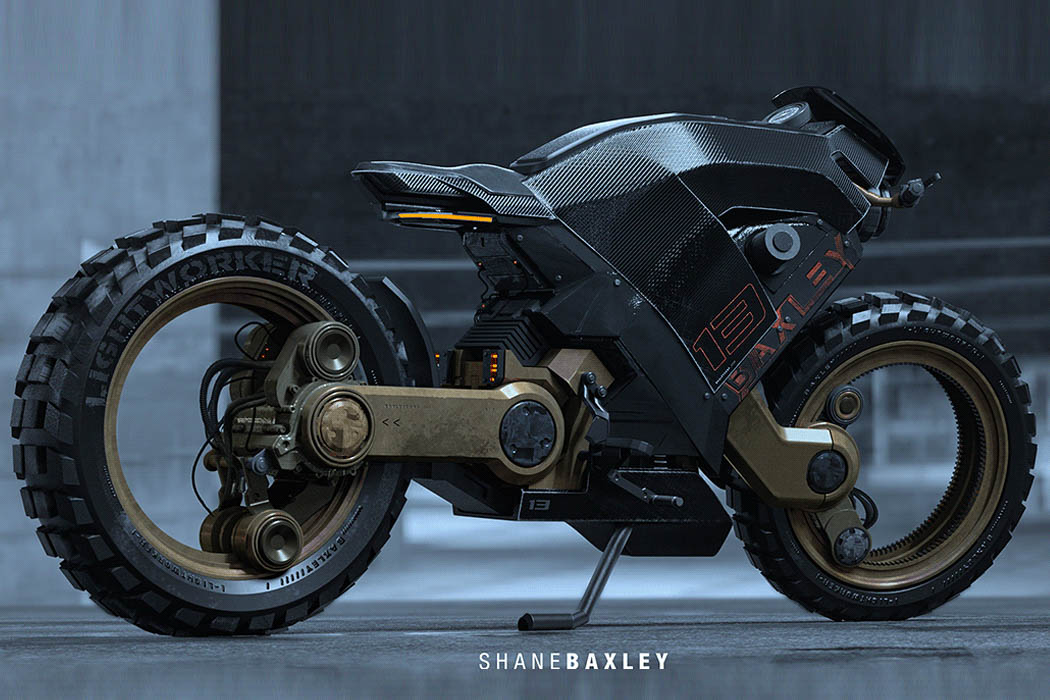 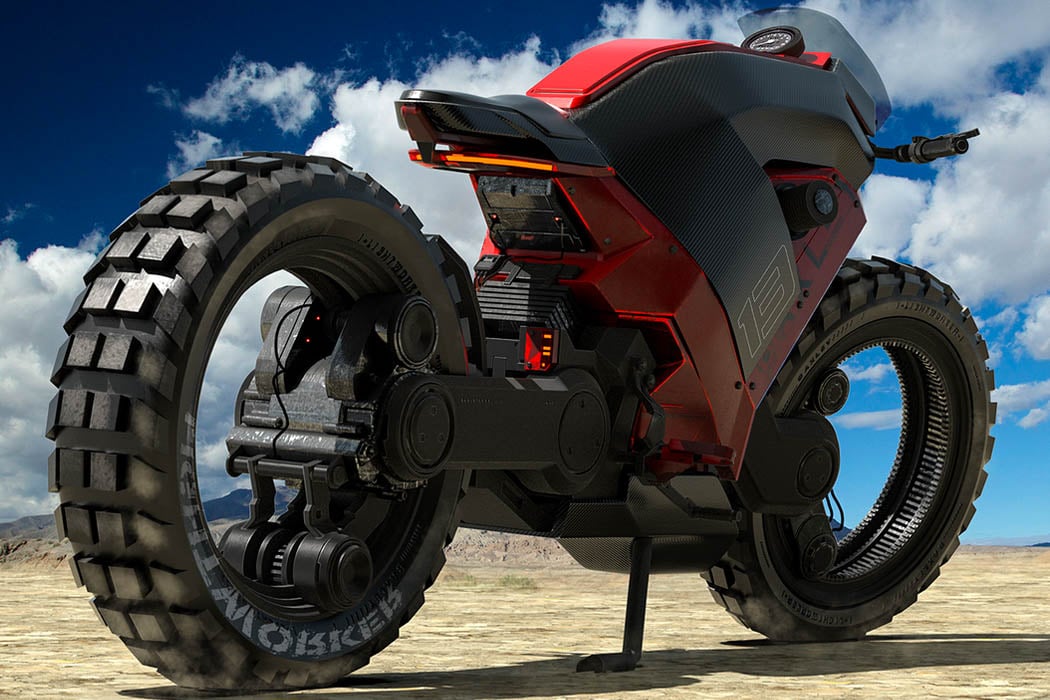 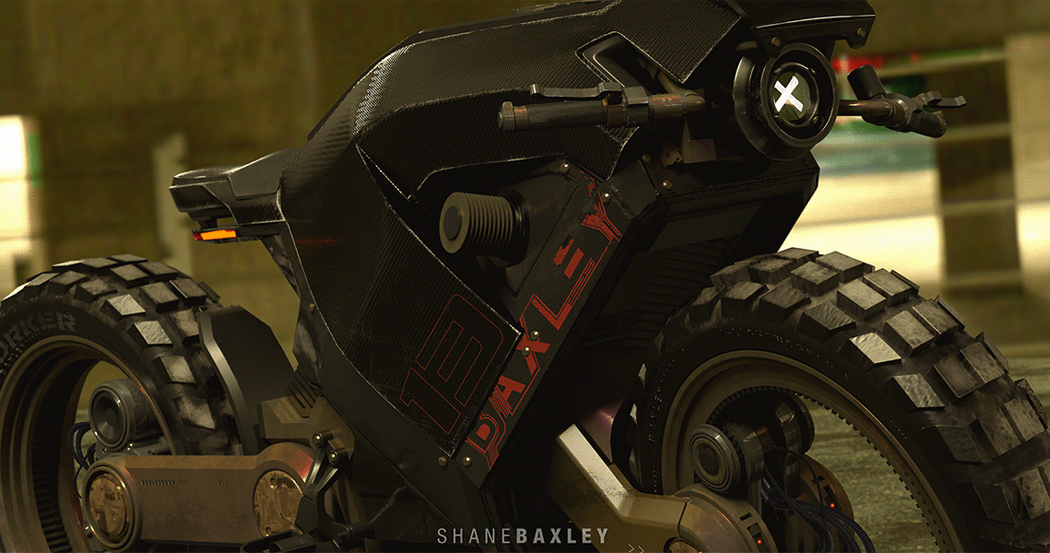 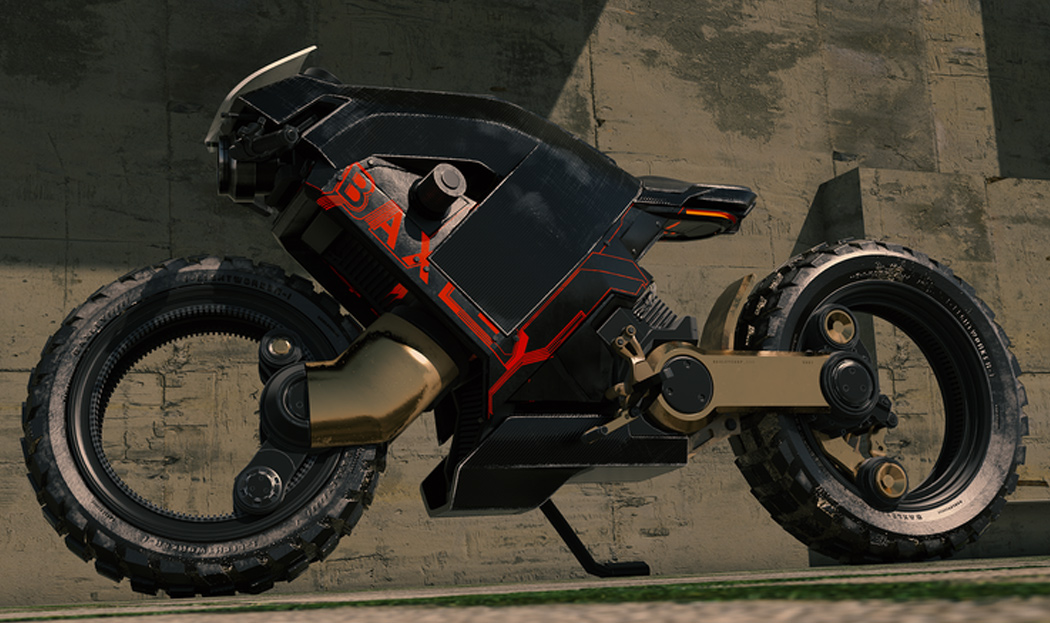 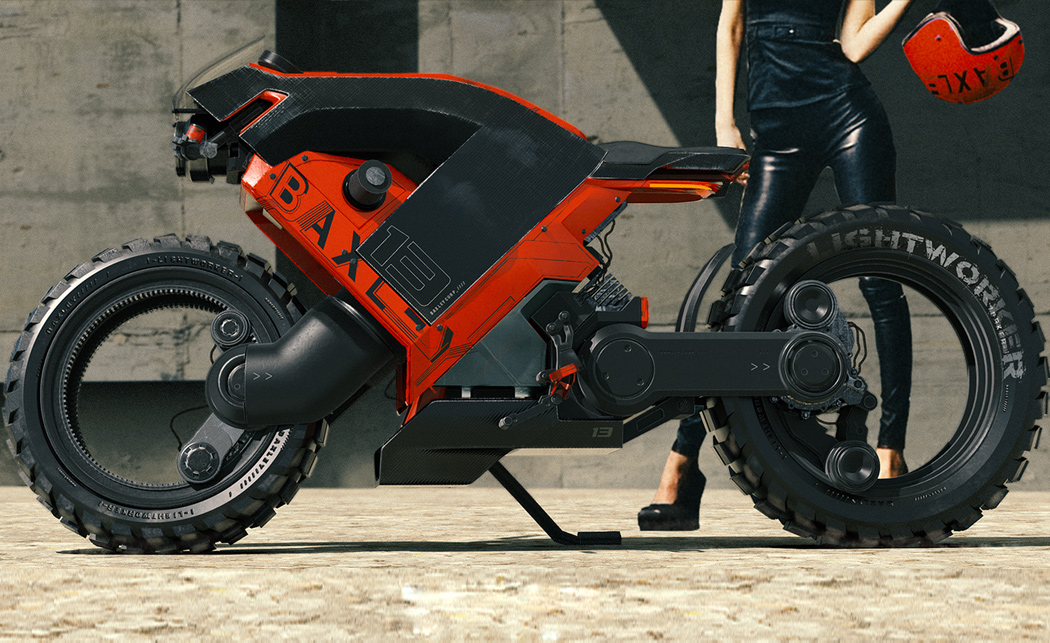 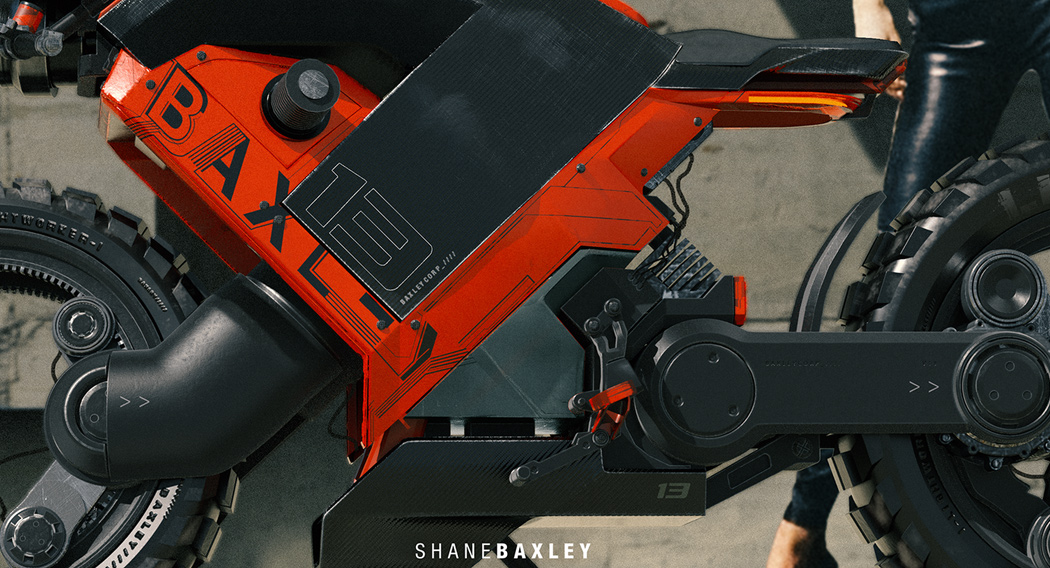 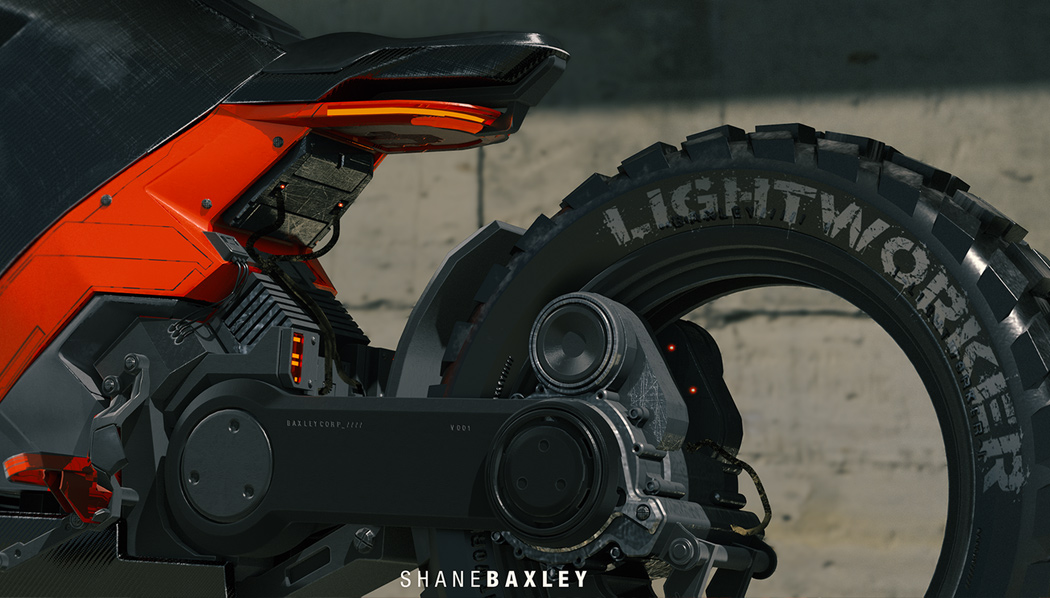 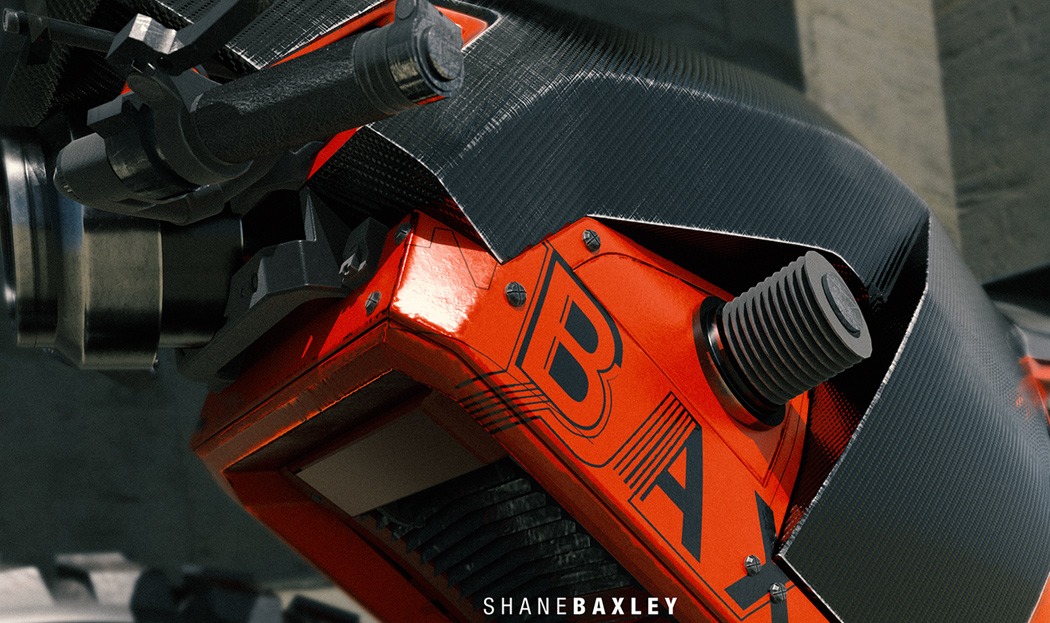 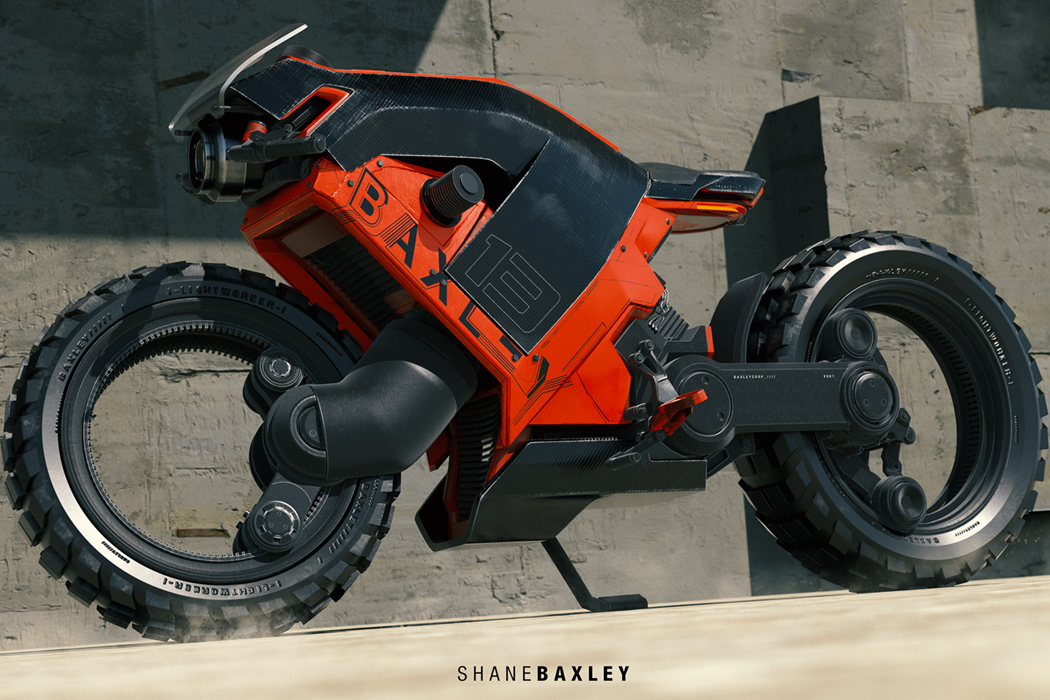 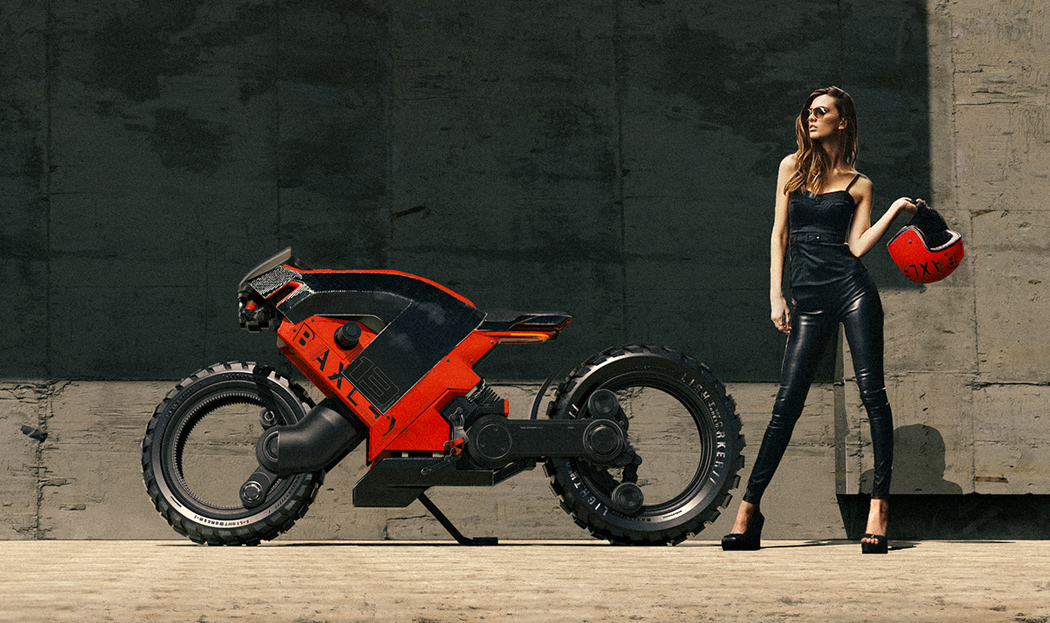 Perfect for your paper route!

Here’s a DIY crafts project that’s worthy of being on a design blog. The Paper Push is a scooter made out of easily procurable materials,…

Its unique, unusual form language earned it a German Design Award prize, and quite a well-deserved prize it was. The Pocket Rocket does the two…

If we believe Segway, the future of mobility is going to be powered by hybrid powertrains – at least for motorbikes. And not your usual…