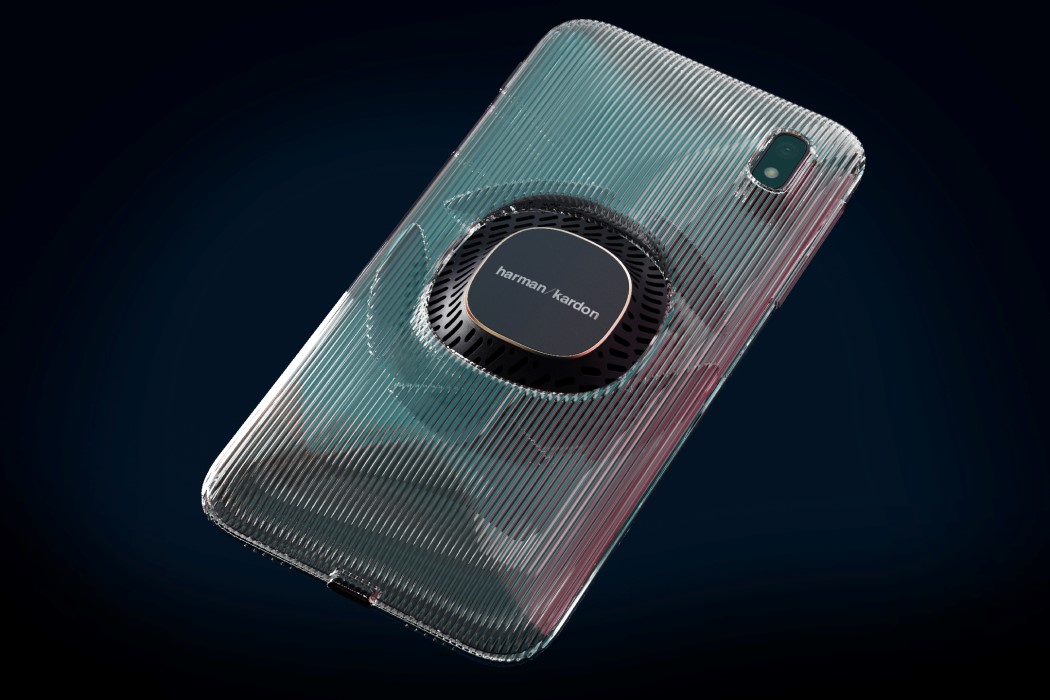 This smartphone concept has curves where you wouldn’t expect!

Say hello to the Harman Kardon Harmony, a conceptual smartphone created by James Tsai that says “Hold my beer” to the camera bump. The Harmony, on the other hand, comes with a pretty pronounced protrusion on its rear, owing to the presence of a powerful 360° speaker on the back of the smartphone. Styled to match Harman Kardon’s other speakers, the Harmony smartphone concept sports a 45° grille sitting under a transparent clad that helps guide airflow to maximize sound output while also protecting the smartphone itself, almost like a case would.

Speakers are arguably more complicated than cameras, because a relatively less powerful camera can be made better by using computational photography, but that same advantage can’t be extended to less-powerful speakers… which explains the Harmony’s massive speaker-bump. That being said, I would assume the Harmony would be fitted with one of Harman’s finest audio drivers, resulting in a sound that rivals most smart speakers. There’s a single-lens camera on the back, but honestly, a person who buys the Harmony wouldn’t be buying it for the camera. Dual hole-punch cameras on the front, however, help sweeten the deal.

Clearly the Harmony is just a fan-made conceptual render, in part because Harman Kardon is owned by Samsung (which wouldn’t want to compete with itself), and also in part because it seems the interface running on the phone belongs to iOS. It’s still a fun exercise to look at companies and extend their technology and visual language/branding onto a product that they would arguably never make. Personally, I like the idea of a smartphone with better speakers, being an audiophile myself. Plus a smartphone that’s actually thicker and more grippy? Bring it on! 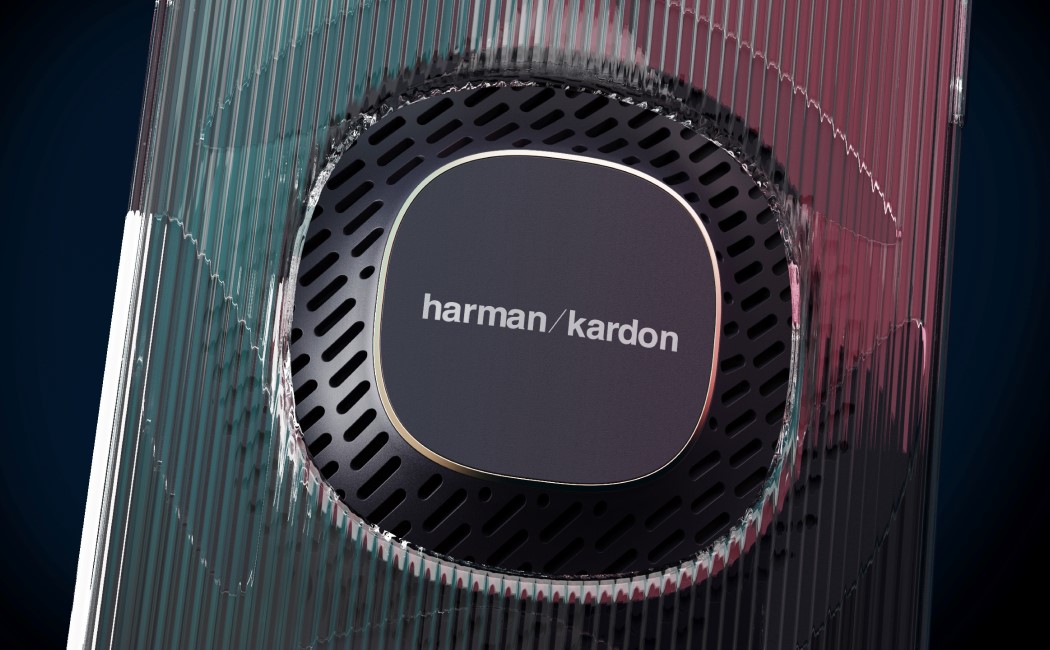 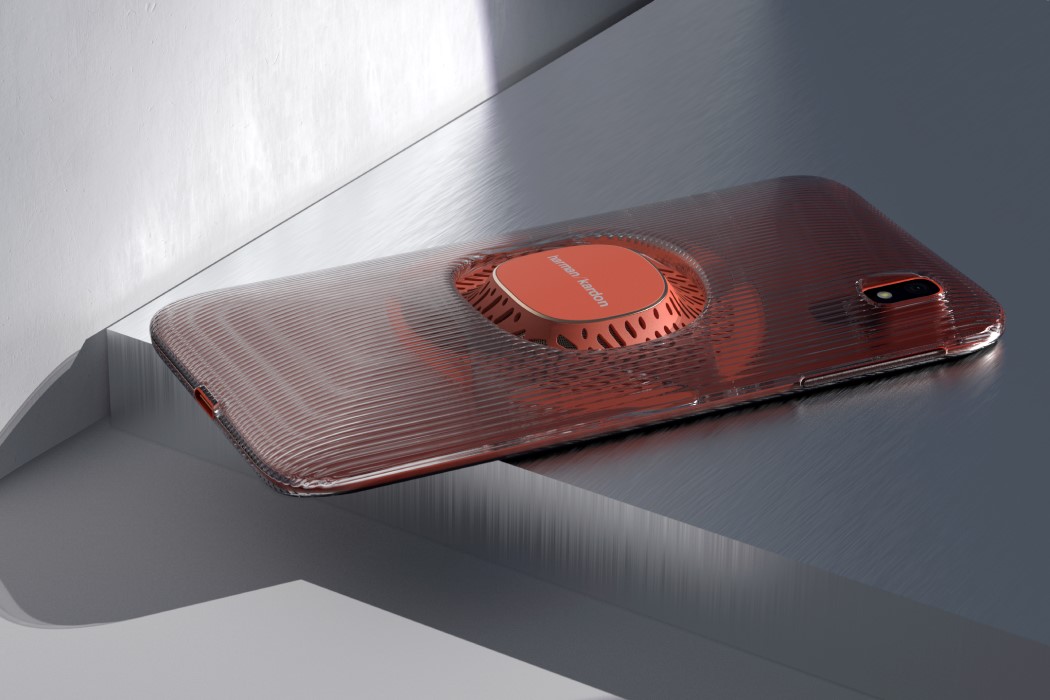 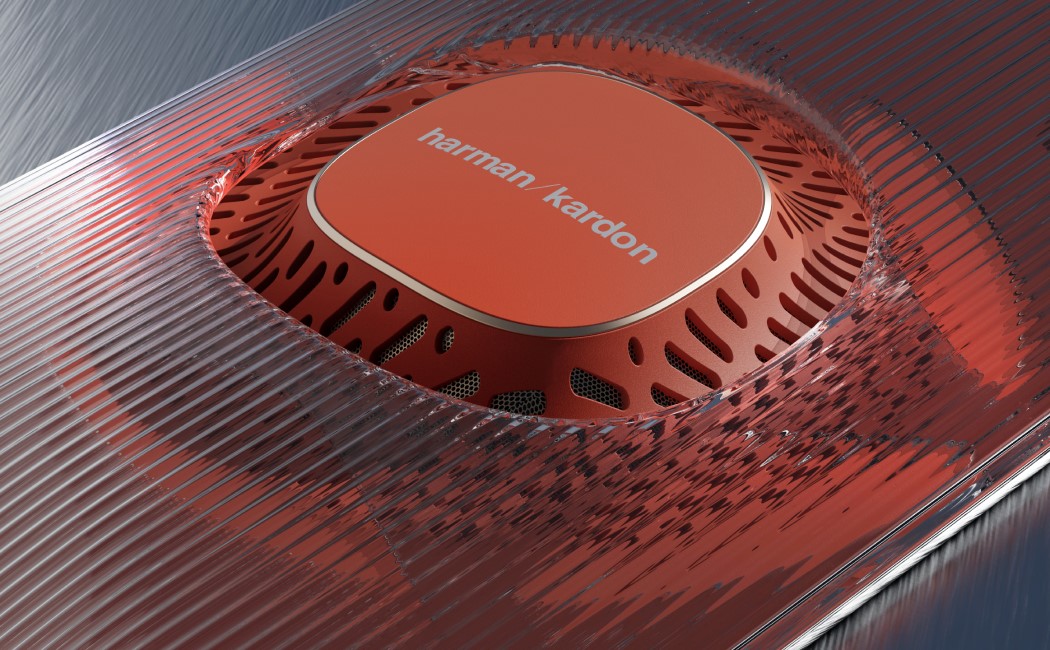 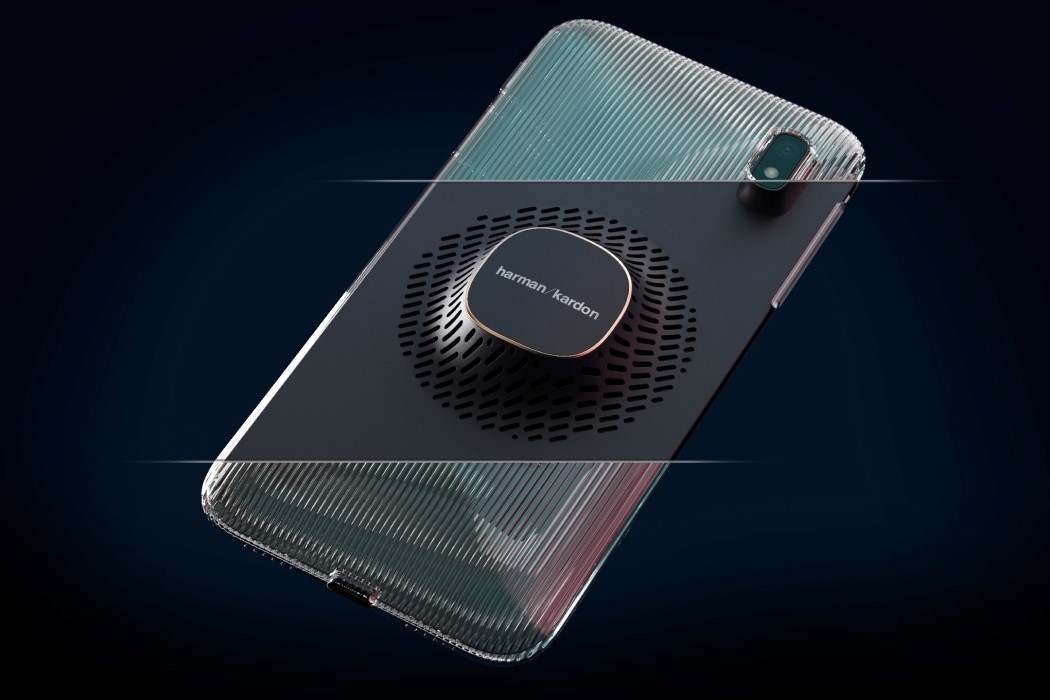 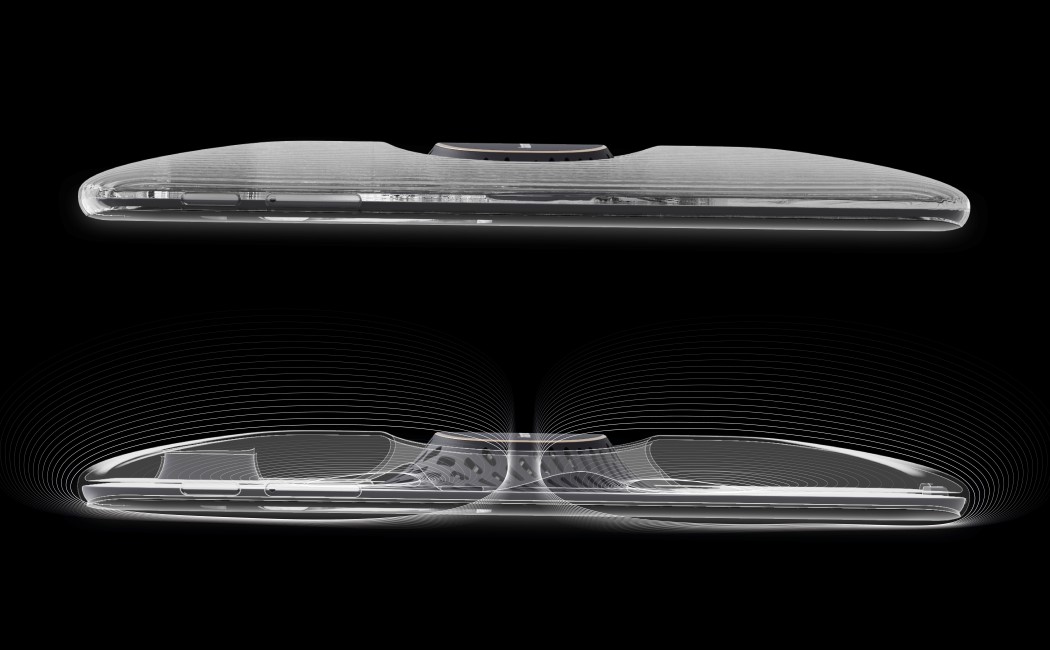 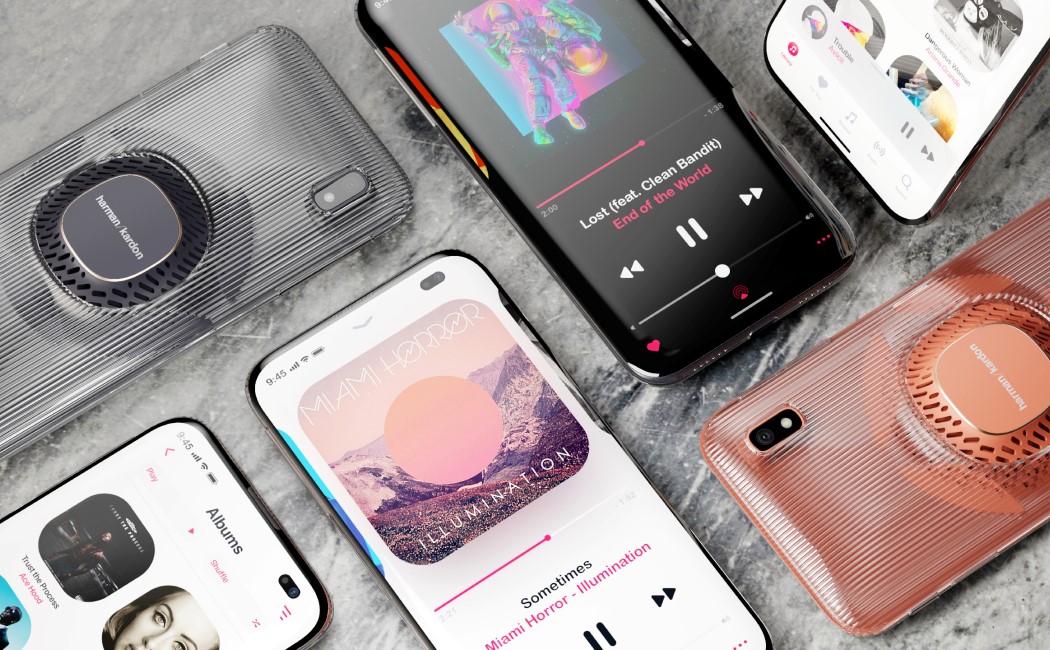 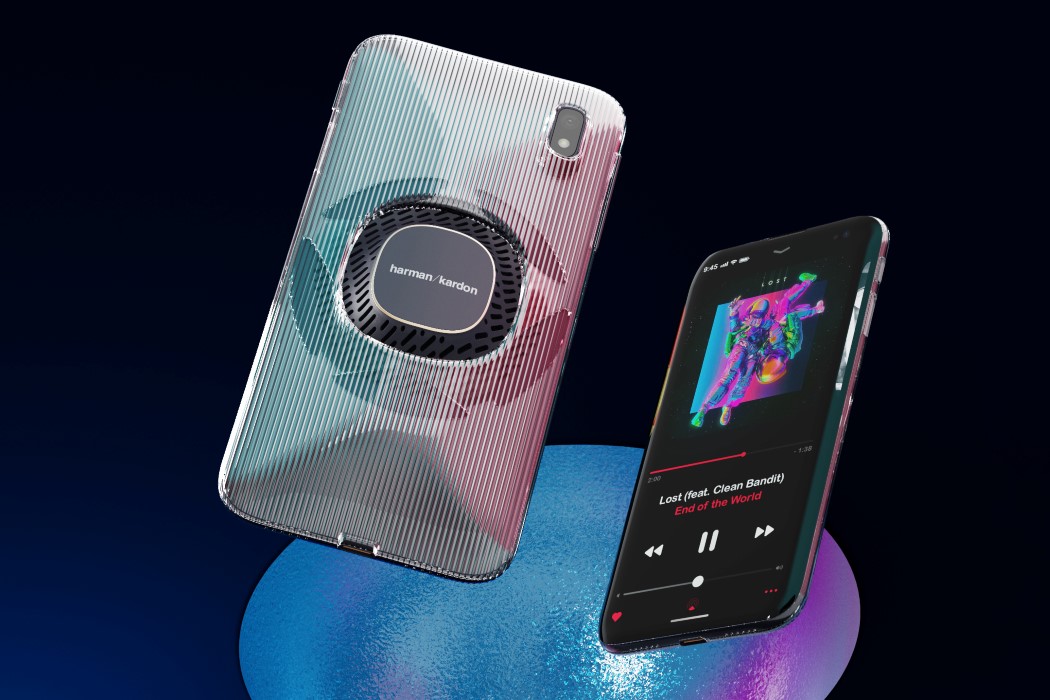 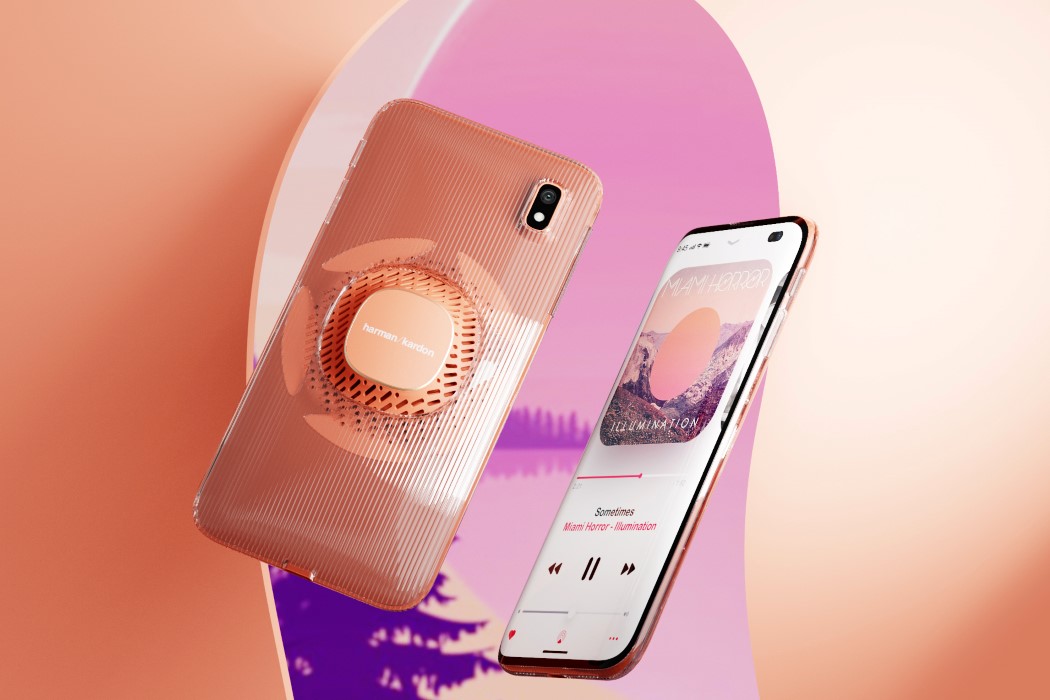 Sometimes it’s appropriate to put all notions of practicality aside so we can have a little fun. That’s precisely what Australia-based Ferox has done with…

The Minimalist Wallet that Holds Everything

This modern man’s wallet takes inspiration from the sports-industry’s standard for durable, long-lasting products and merges it with a technical form to free up space…

We have been tracking Adonit for quite a while now and we love the innovative Bluetooth Pressure Sensitive Stylus for iPad. Christened the Jot Touch,…

Android mobile-controllers allow you to make the most of your Microsoft Xbox Game Pass!

I feel your pain if you’re an iPhone user who loves gaming. Apple hasn’t been particularly kind to you, what with the removal of Fortnite…