There’s intent, and there’s execution, and while most things are created with good intent, their execution may not necessarily reflect it. The Shuzon, a now-canceled product on Kickstarter is a great example of a good idea that wasn’t perhaps taken to its real potential. Created by 26-year old Ariel Zaksenberg, the Shuzon is a shoe-sanitizing doormat that coats the sole of your shoes with disinfectant when you stand on it. Great idea, no? I thought so too, but the more time I spend looking at this design, the more I feel like maybe the doormat’s design isn’t entirely foolproof.

The Shuzon is a two-part doormat that disinfects your feet as you step on it. A soft foam layer helps evenly distribute disinfectant on the base of your shoes, so you don’t accidentally bring any germs into the house/office/hospital/shop when you enter. That’s the Shuzon’s intent, and given the circumstances, it’s a pretty great design brief and a wonderful alternative to those wasteful shoe-covers that people wear. However, where the Shuzon slightly falls apart is in its execution of that intent. Let me explain.

The Shuzon is a regular-sized doormat with two halves… a pink one, and a blue one. One of those halves dispenses the sanitizer, the other one absorbs any excess. Which one’s which? I wish I knew. The foam on the doormat unfortunately only showcases the branding, so it isn’t entirely clear which foam block I’m supposed to step on first; and that’s just one small problem – here’s the bigger one. The Shuzon is a regular doormat split in two, right down the middle. The average person wouldn’t stand on one half of the doormat, they would probably have one foot in each square (nobody occupies a corner of the doormat when they’re at the door). Unless explicitly explained to, most people would probably end up sanitizing just the one foot that happened to be in the right foam block. The third problem is the horizontal orientation of the Shuzon. Nobody side-steps when they walk into a house. People walk forwards, so it would only make sense to design the doormat in a way where the disinfecting block was kept BEFORE the drying block, and not BESIDE it.

Other minor problems in Shuzon’s design would probably be not considering what happens when pets step on it, or when there’s a group of people standing at your door (and nobody is really standing on the doormat), or when someone leaves a parcel on your doormat and gets its base soggy, or even when the liquid disinfectant at its bottom runs out but you never know. The Shuzon is a product with great intention, but to be honest, it’s a few design tweaks away from being perfect. I hope to see a future iteration from the design community that makes this product better, because heaven knows we really need it! 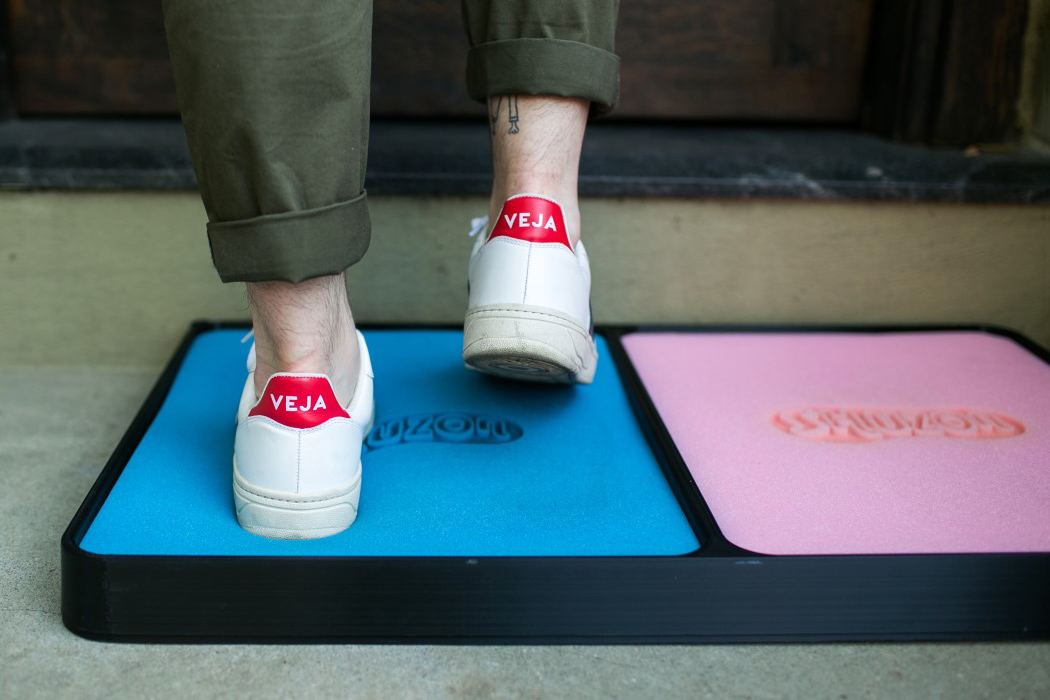 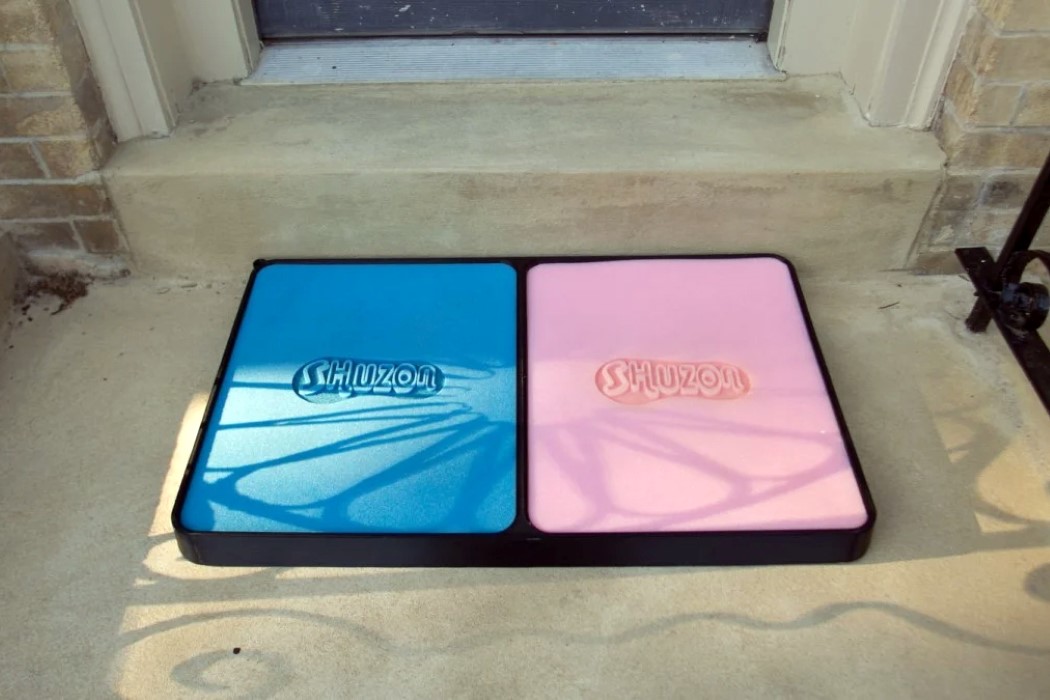 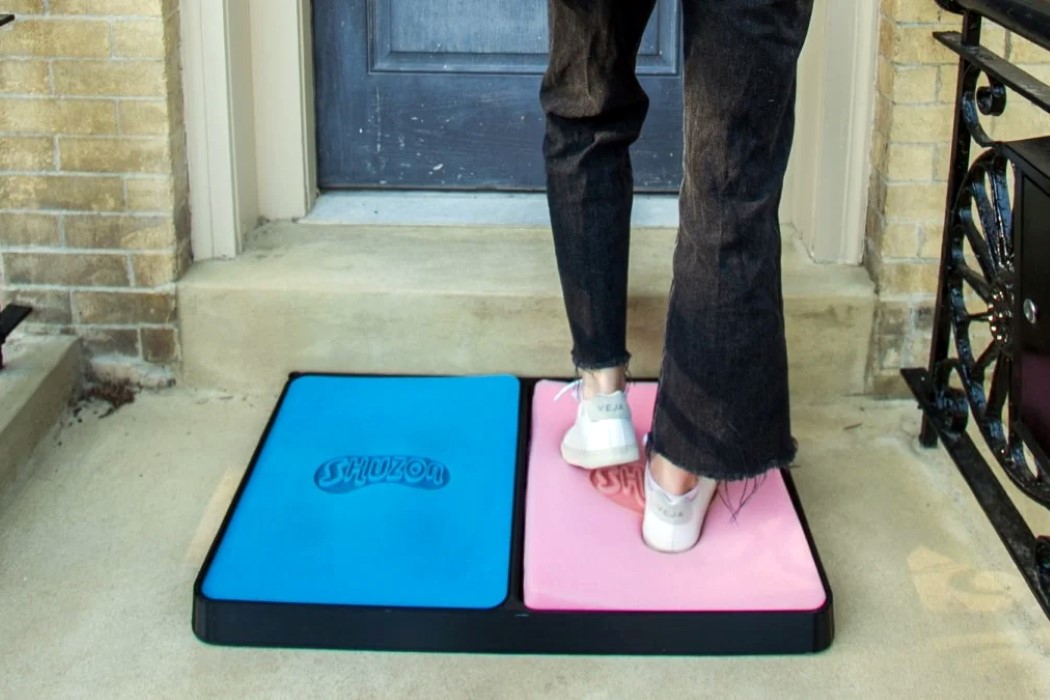 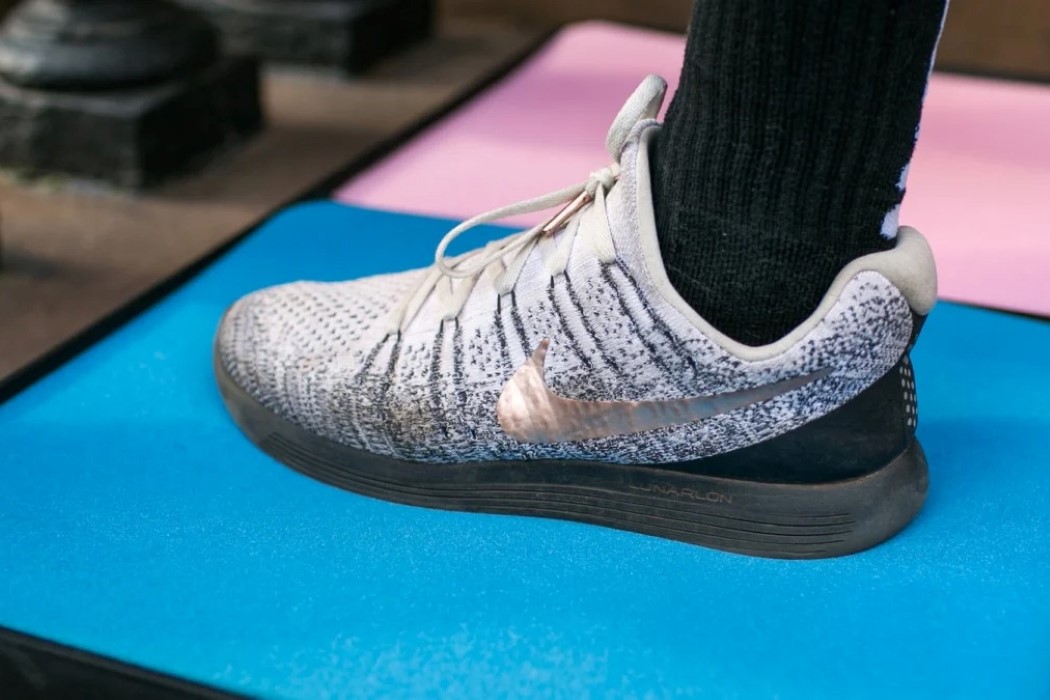 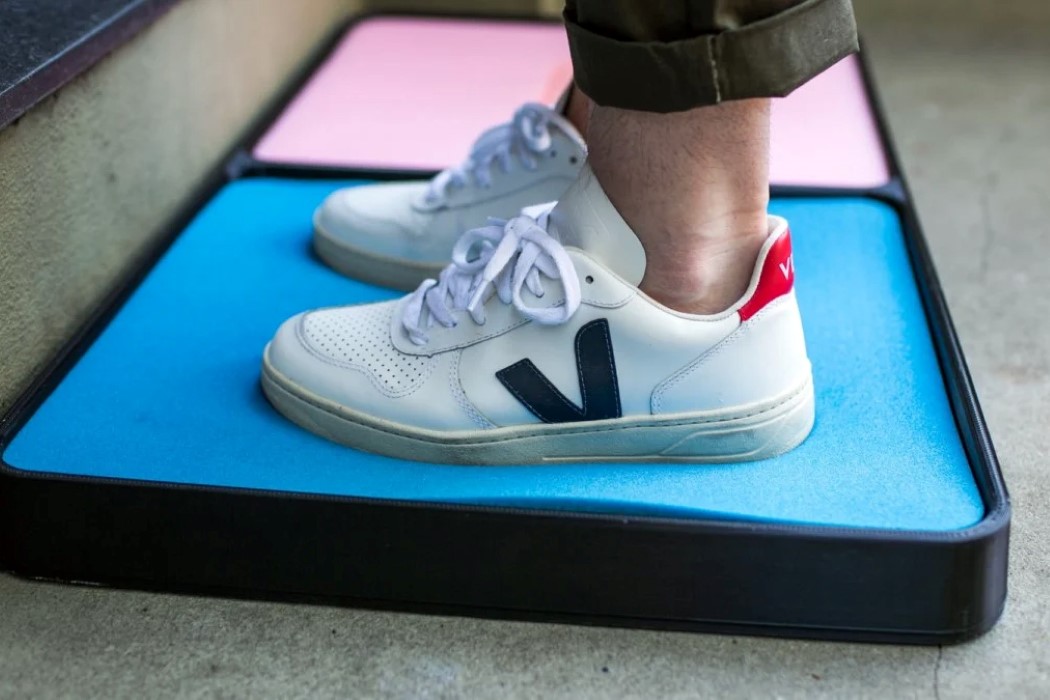 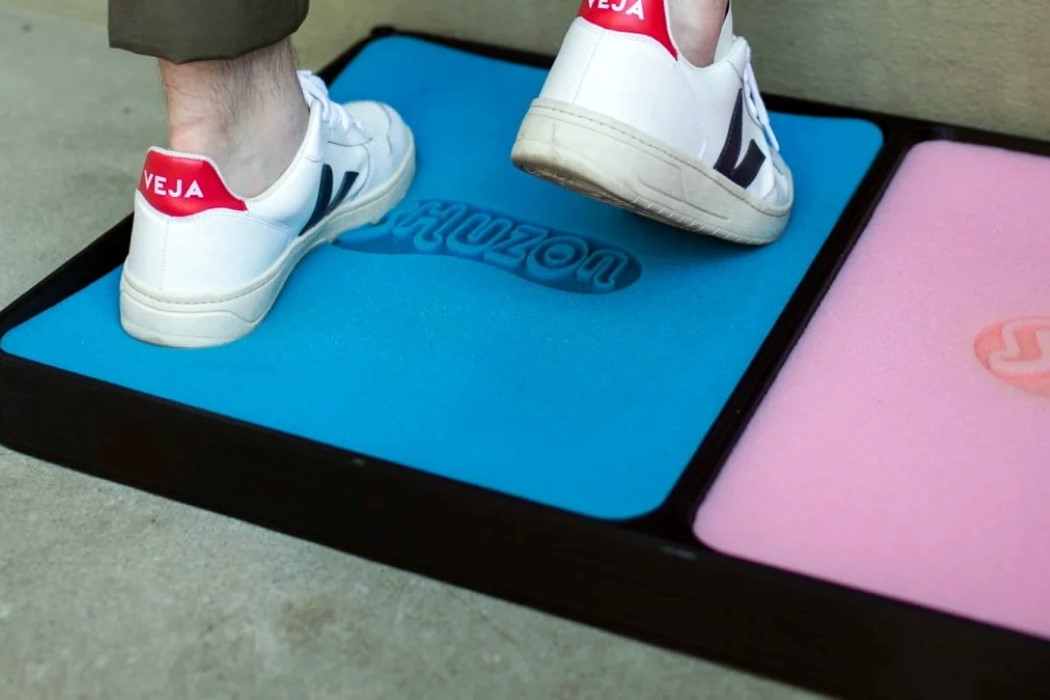 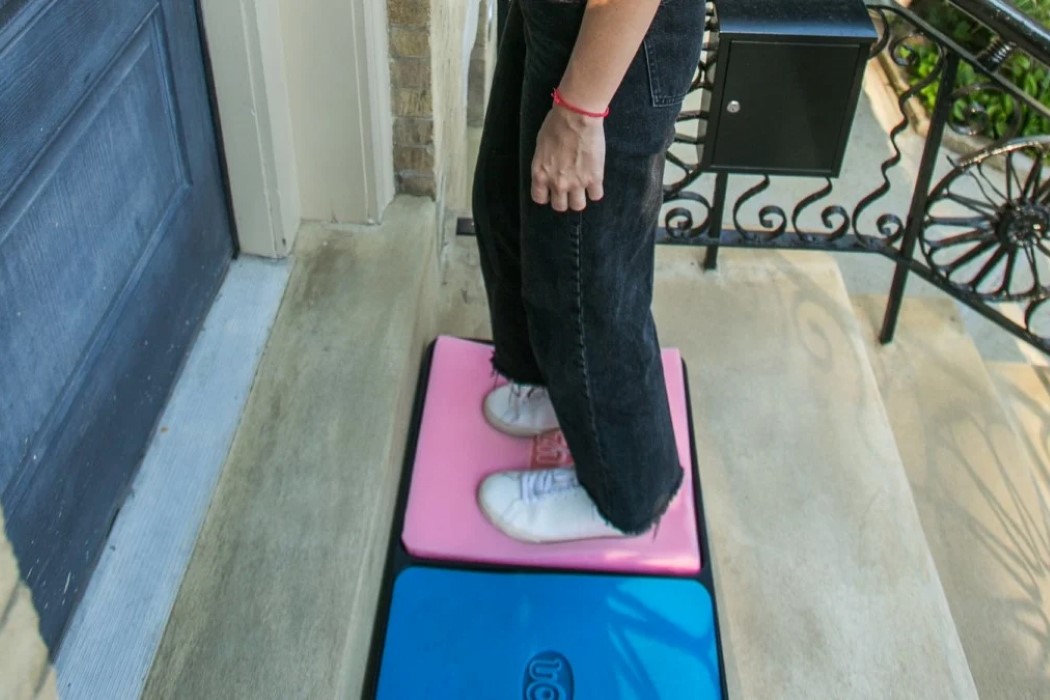 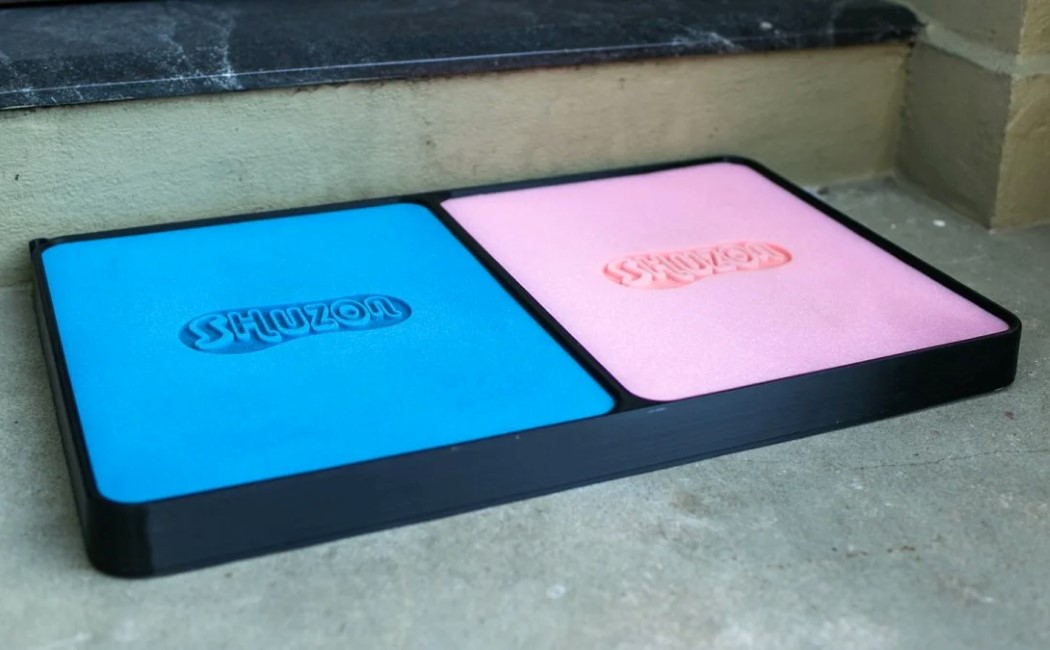 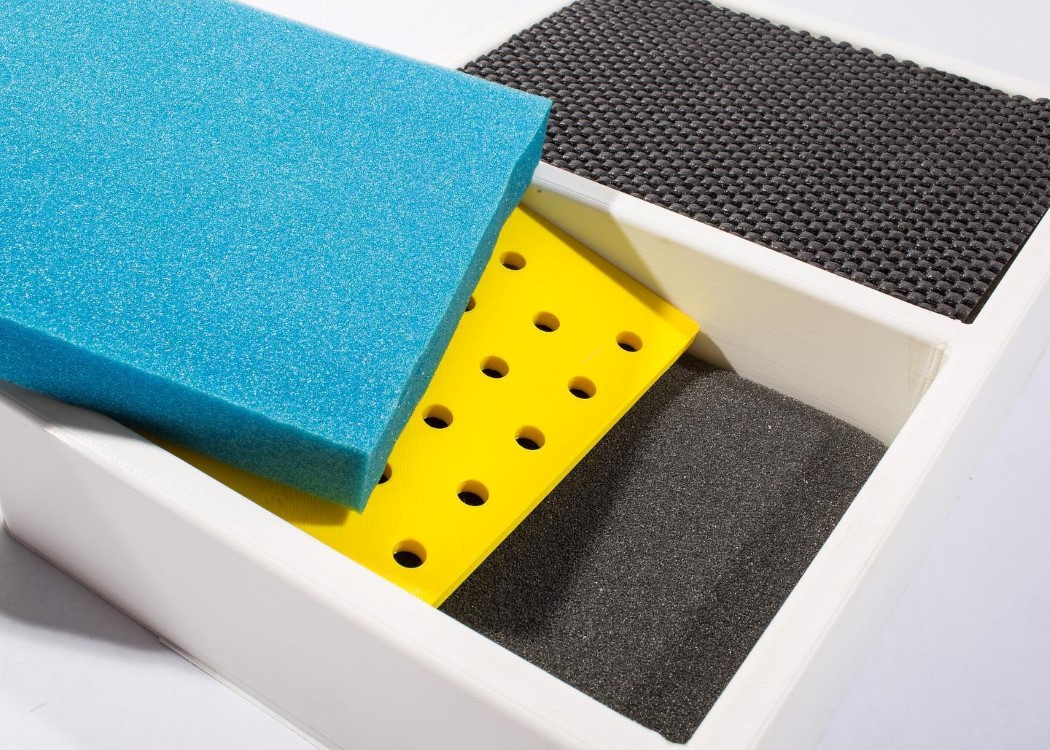 Would you Like to Own a Piece of Chicago?

Yoga at The Lights

Any bustling metropolis faces loads of pedestrians waiting at busy intersections for their turn to cross the road. Designer Li Ming feels that there is…

A Torch with a Twist