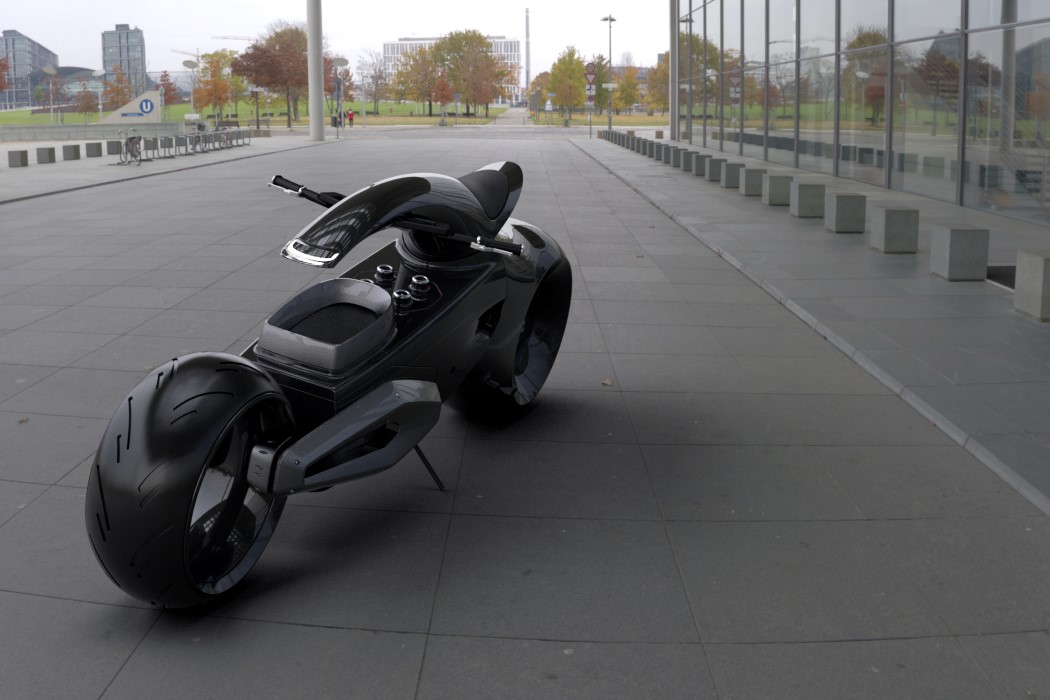 Indian industrial designer Anay Kshirsagar found himself asking pretty pertinent questions while sitting at home waiting for the lockdown to end. What if Bugatti’s modern automotive DNA could be carried to a motorcycle? What if the motorcycle could, with two wheels, evoke the kind of emotion you’d feel looking at any of Bugatti’s four-wheeled vehicles?

The Audacieux (which is French for Audacious) is a curvy, bold-looking beast that comes with an exaggerated cantilever headlight, a hubless front-wheel, and an overall form that feels like a German x French crossover collaboration between Luigi Colani and Bugatti. Where the Bugatti DNA makes itself explicitly visible is in the two-wheeler’s clear C-shaped design that is a direct reference to the symbolic C-bar in most of the company’s recent cars, as well as a detail beneath the headlamp which corresponds with the horseshoe radiator – an iconic detail that’s practically synonymous with the 111-year-old brand.

Just like its cars, the motorbike comes with the option of a two-tone paint-job. The Bugatti logo makes itself visible in chrome on the hubs of the rear wheel too, and given the conceptual nature of the motorbike, it’s safe to speculate that this tame beast comes with an electric heartbeat. 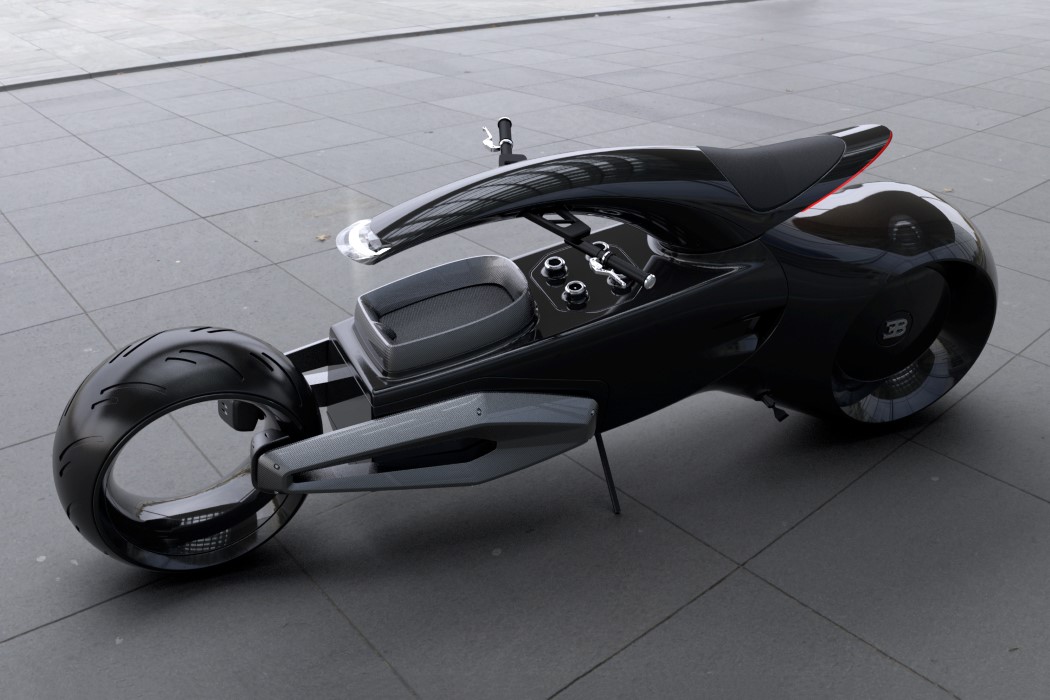 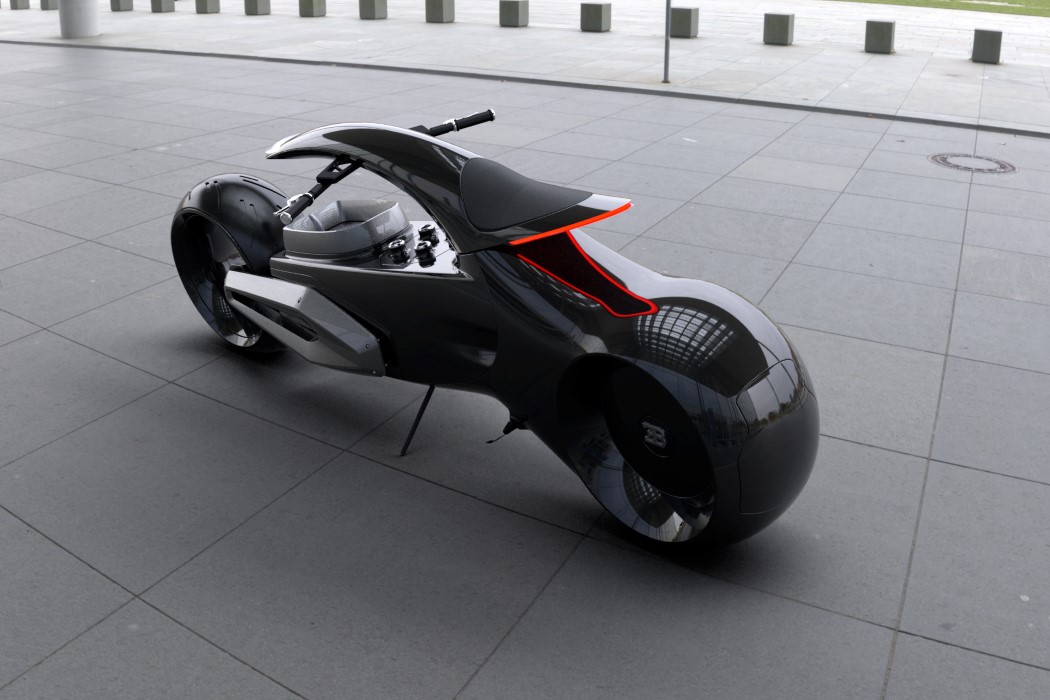 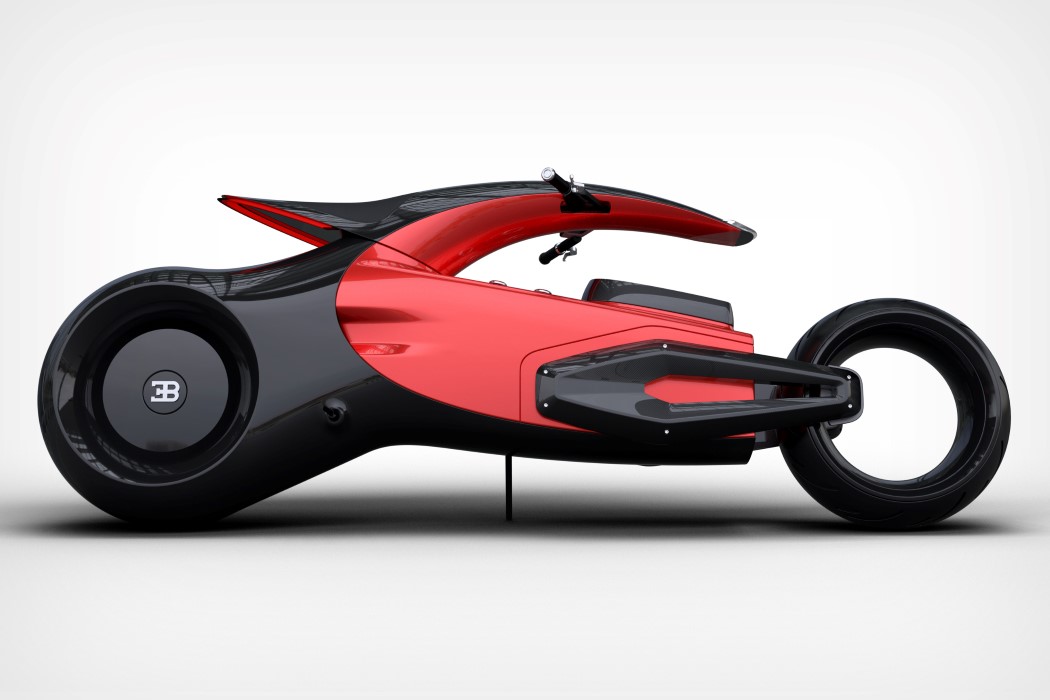 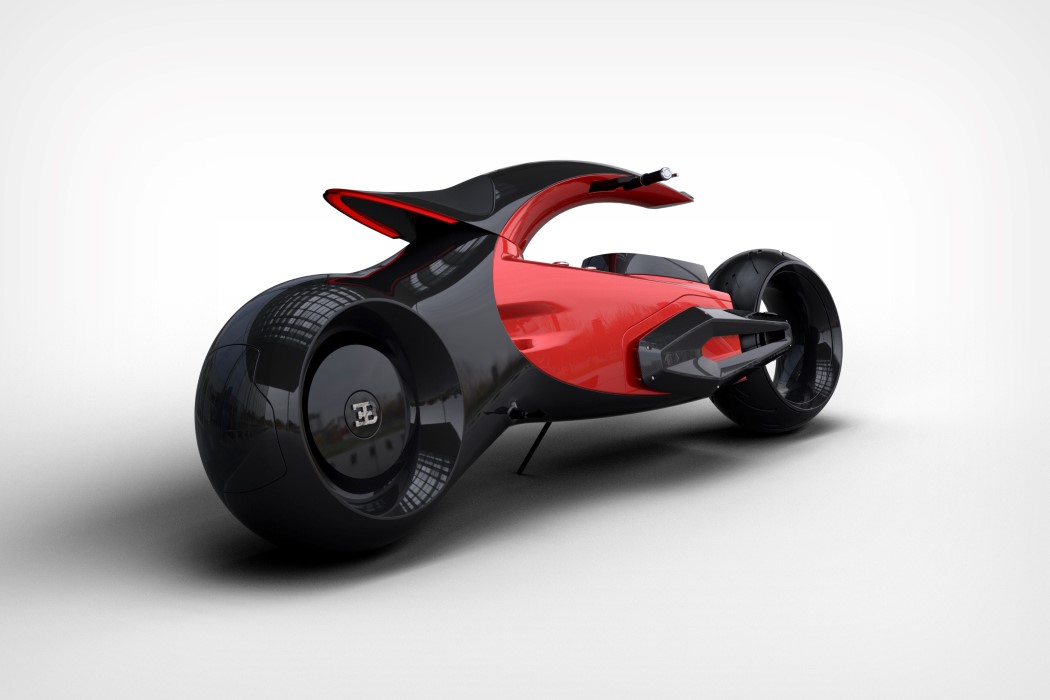 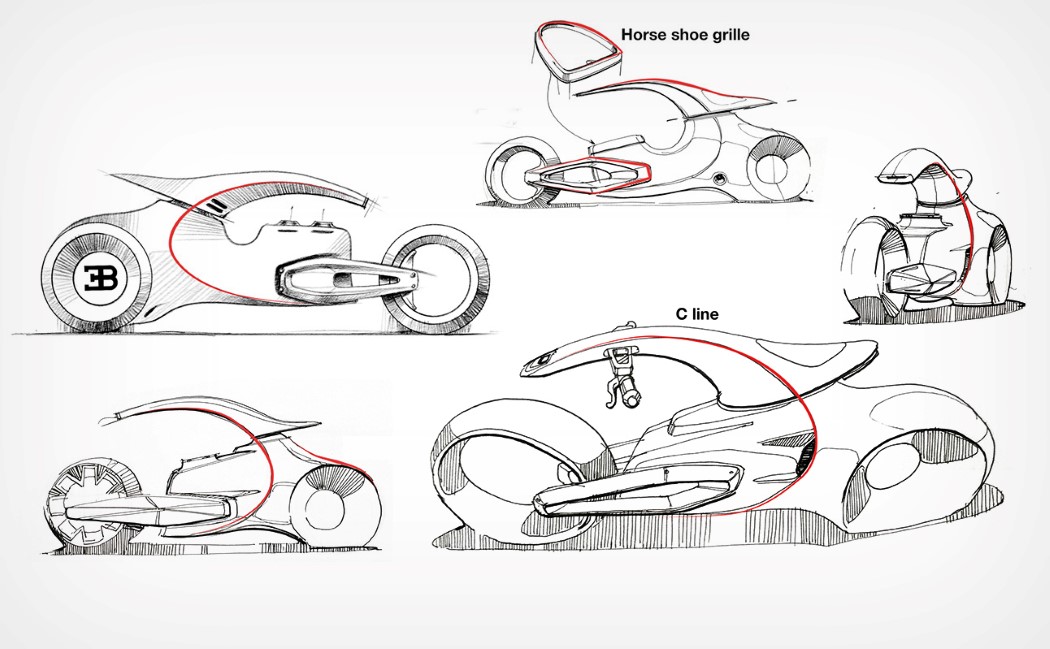 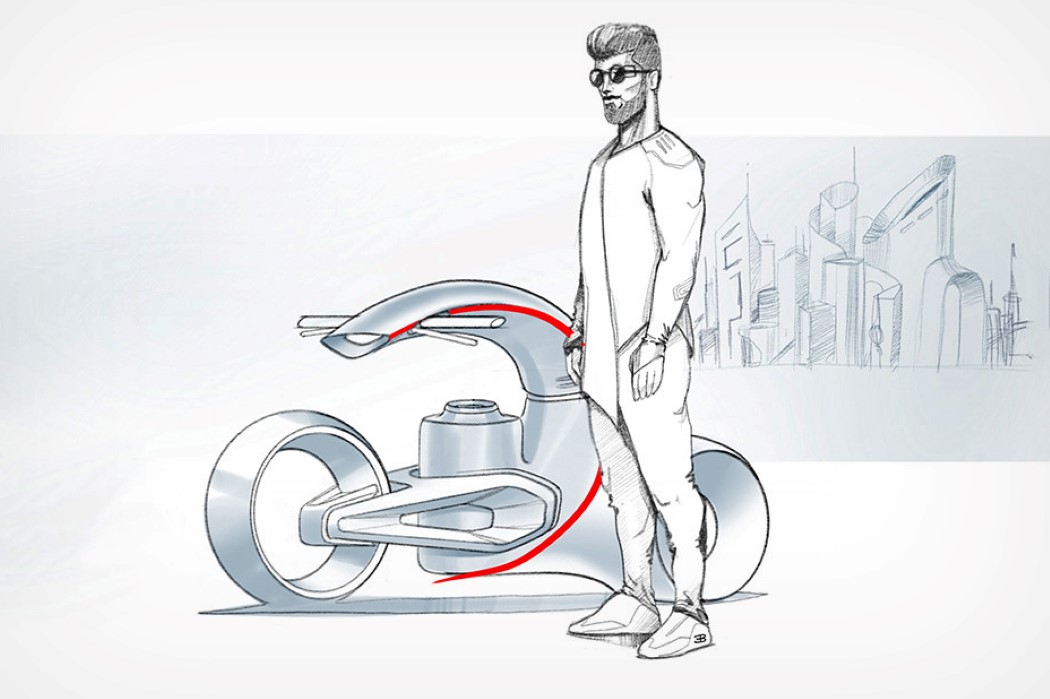 The lovechild of an iconic automobile and a vintage boat; that’s the best way you could describe the ‘Hermes Speedster’. Inspired by the 1959 Porsche 356…

This sleek Royal Enfield GT 650’s custom design has a badass futuristic vibe to it!

Royal Enfield Continental GT 650 basks in the laurels of being on the lightest and fastest motorcycle powered by the 650cc engine. While it carries…