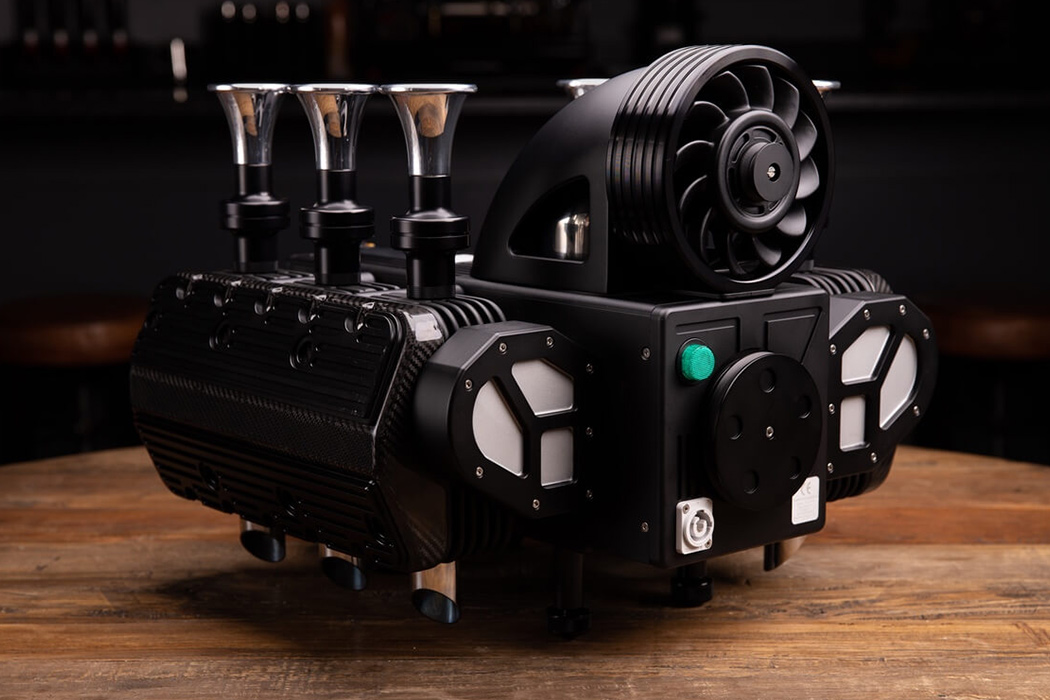 Lorelei Gilmore once said “I need coffee in an IV!” and I felt that. Coffee makes Lorelei, me and fellow caffeine addicts feel like we are high-performing sports cars with full fuel tanks. And that is exactly the thought that crossed my mind (and probably the designer’s too) when I saw the Espresso Veloce RS Black Edition inspired by Porsche 933’s flat-six motor engine. I am glad someone designed a physical embodiment of what coffee is to some of us – life fuel.

The Espresso Veloce RS Black Edition is a luxurious espresso machine by Super Veloce and looks like a flat-six engine replica of the real ones released in 1935. Unlike its predecessor who had a metallic finish, this one sports a matte black and anodized satin finish with bright black accents…after all, it is the Black Edition. The interesting part of the Black Edition is that it was created using the same materials used in the actual Porsche 933’s engine – titanium, aluminum, and surgical stainless steel. It also features a jet-black, hand-laid, high-pressure thermoset carbon fiber which aids in reducing the machine’s overall weight just as they would in a car to make it faster. I am curious if it sounds like an engine too when it is brewing.

Its not just an espresso machine, but a collectible for any automotive fan too as the 933 is a vintage icon of Porsche’s phenomenal engineering. Espresso Veloce RS Black Edition was designed for those who love a strong cup made with speed. Now would you keep this beauty in the kitchen or the garage? 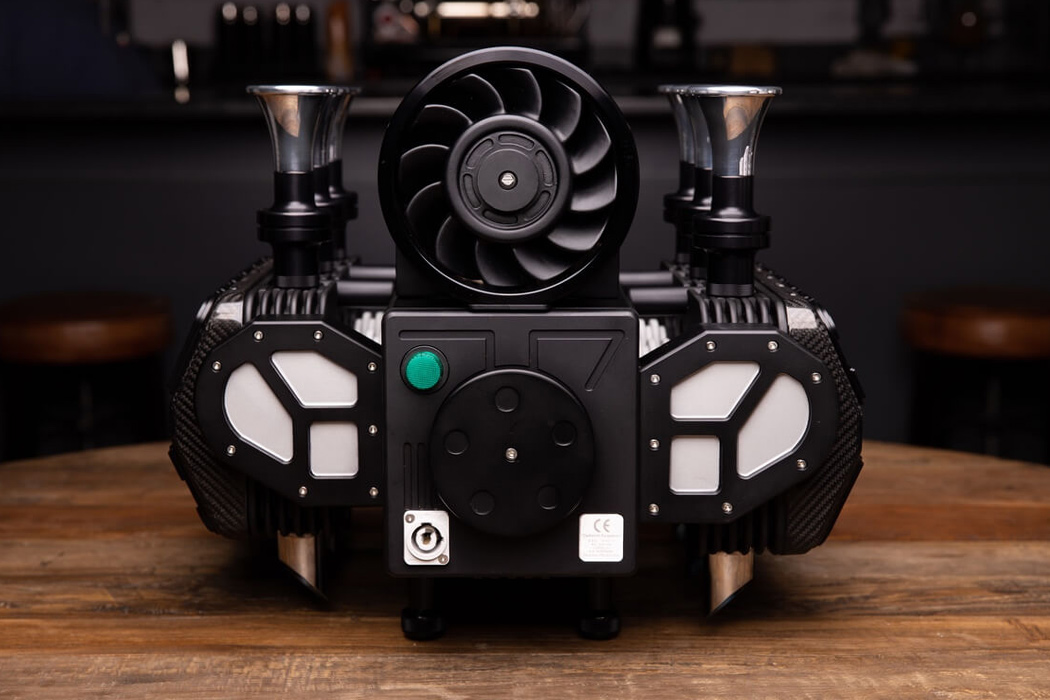 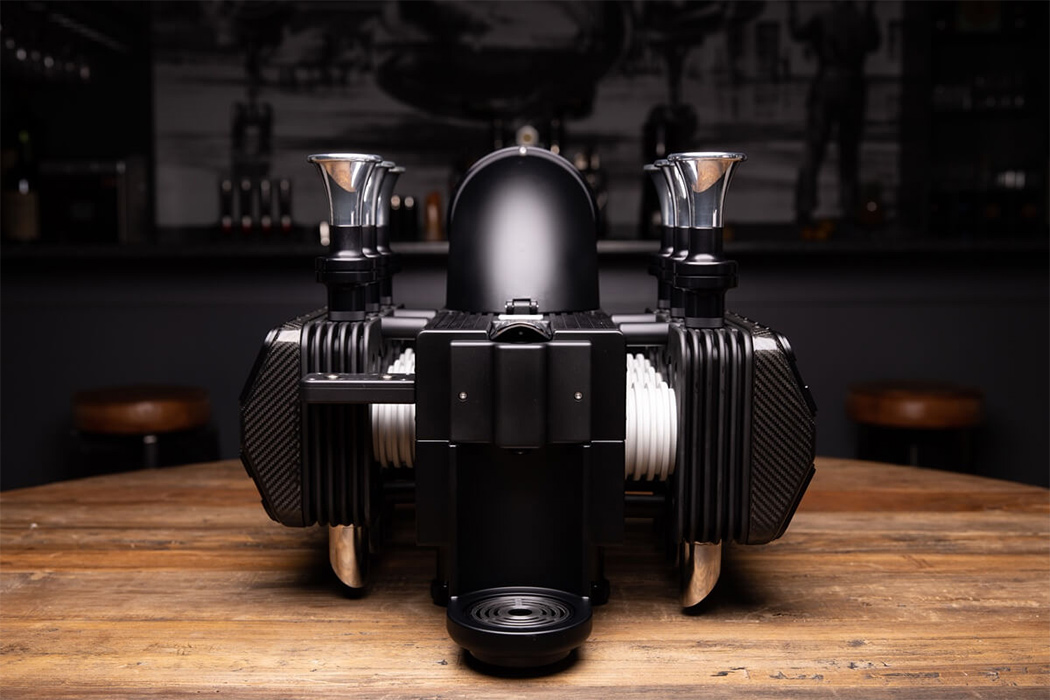 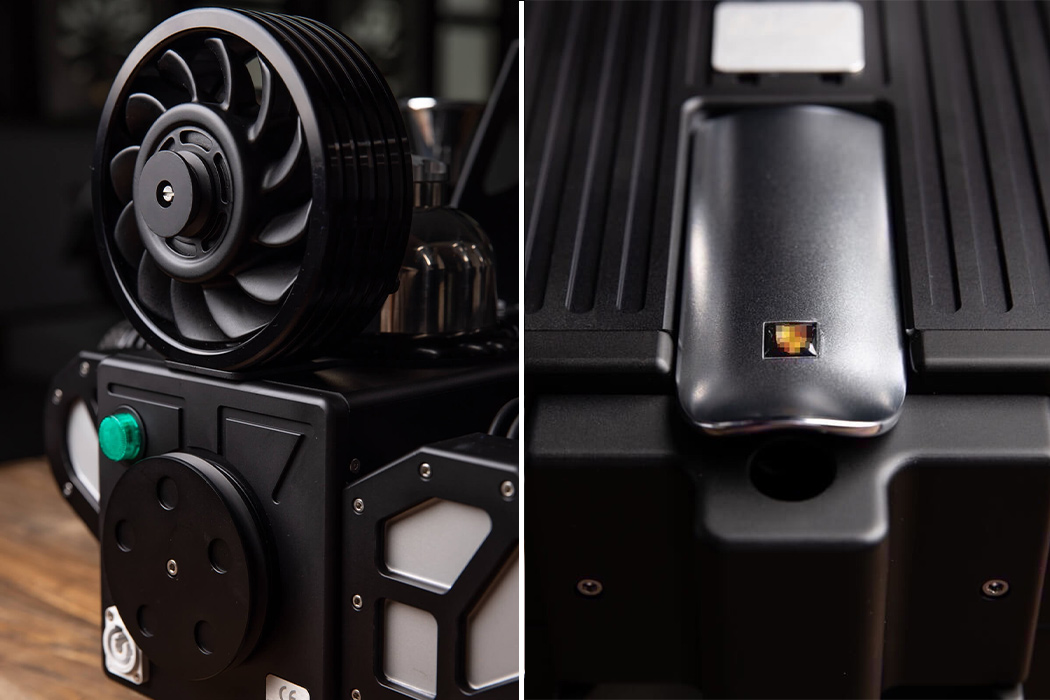 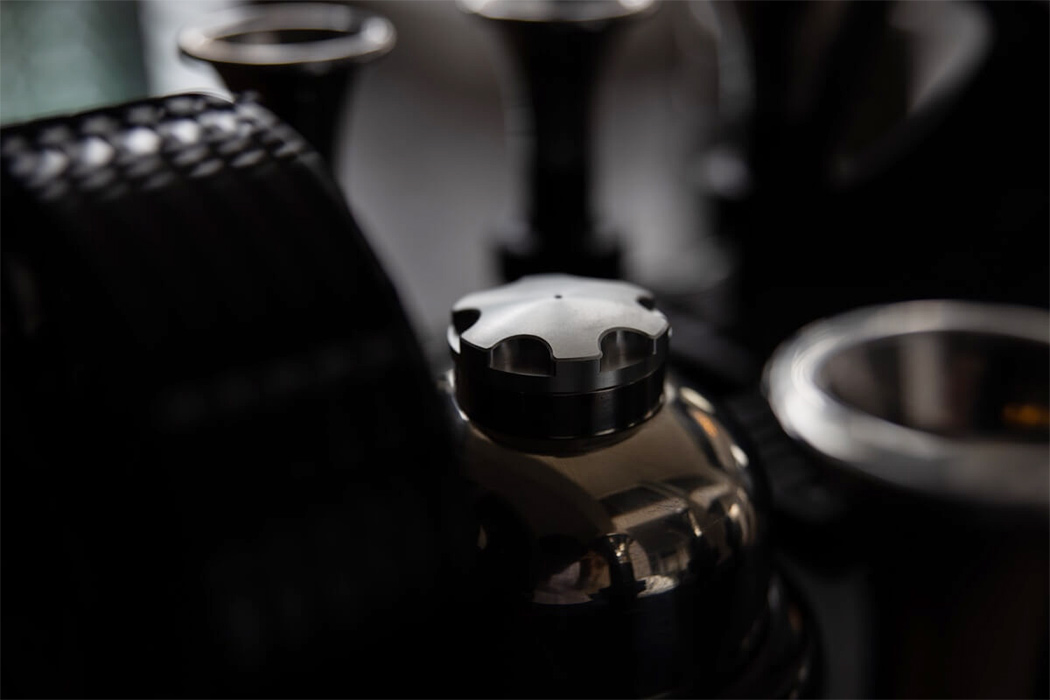 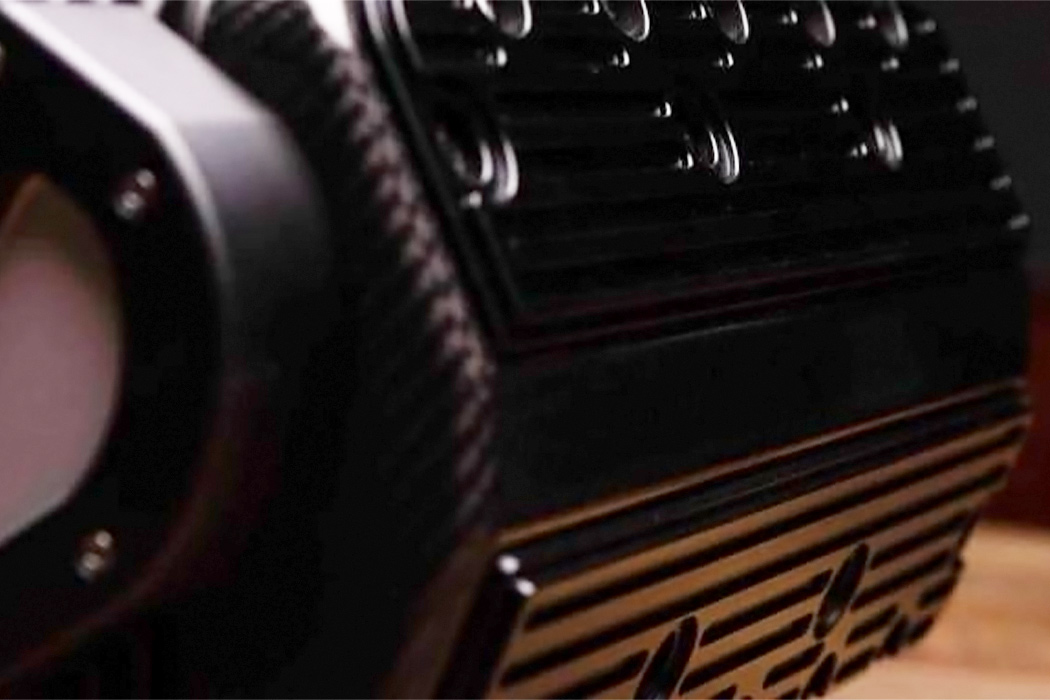 There are two ways to go about making your iMac portable. A, you get yourself the Lavolta iMac carrying case, or B. something less bizarre,…

A lamp that gives you control

The Vara looks like a headless BB-8 Droid holding a lightsaber. Now that I got that description out of my system, let’s talk more about…

A Big Buttoned Iron for Dummies!

As playful as it looks, the Pushiron’s single red button isn’t just for show… it results in enhanced safety and intuitive use. By twisting it,…