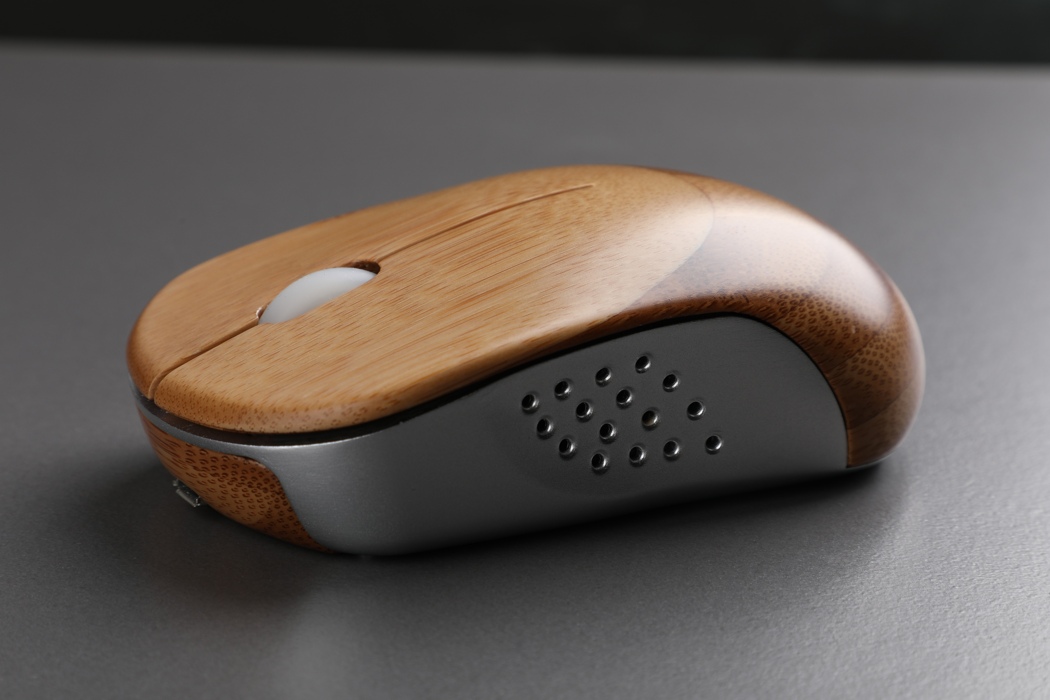 We are accustomed to being constantly exposed to stimulus…be it shopping, Netflix, Instagram, or the tons of other attention-stealing activities that rule our day, attention is the currency these days and we have been too busy looking and being lost in all these until we were quarantined. Being limited in our space and exposure, we have come to see and appreciate the objects we own. Everyday common designs such as the humble mouse are such a part of our routine, we never really see how we could differentiate in them! In come the designers who took it up as a challenge to make the best of this gadget. From environmentally conscious design, a Charles Eames inspired design to a mouse design that runs away from you when your working hours are over, there is a mouse design you never knew you wanted but now that you see it, you surely won’t be able to stay without it! 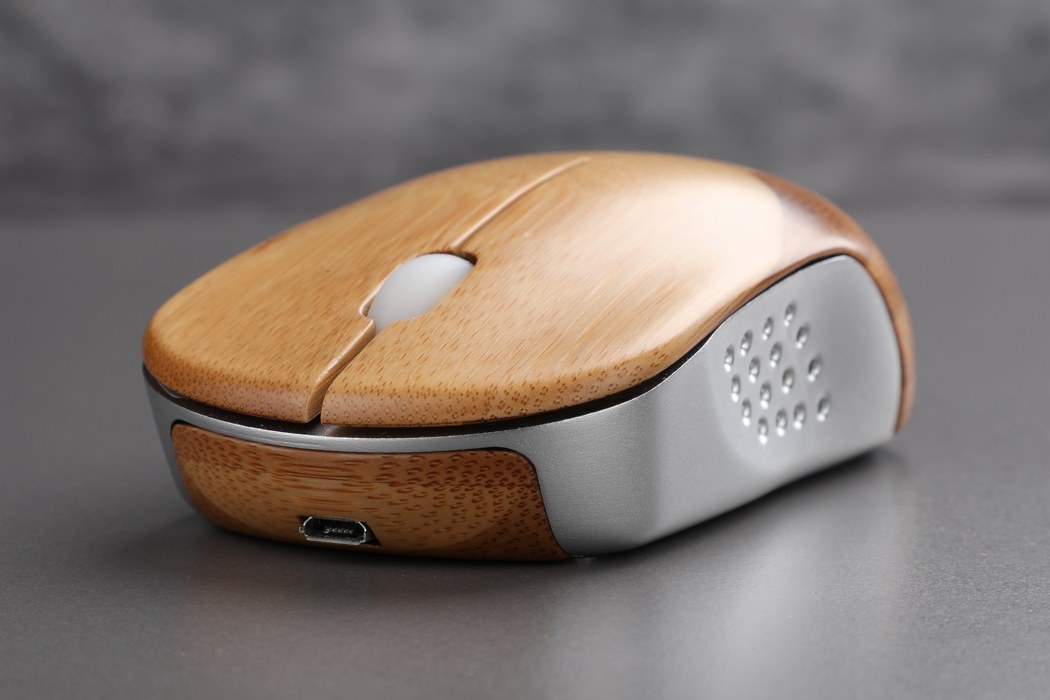 The Ice Mouse comes with a bamboo upper that promotes breathability, making sure your palms don’t work up a sweat with hours of use. The bamboo component is CNC machined from a layered block of bamboo plies, doing a pretty remarkable job of showcasing the wood-grain while remaining entirely unique in its grain pattern. Some may say it almost reflects the uniqueness of the fingers and palm that rest on it! Sitting underneath it is the aluminum base, giving your fingers a metallic surface to hug and sort of complementing the feeling of typing on an aluminum-constructed MacBook. 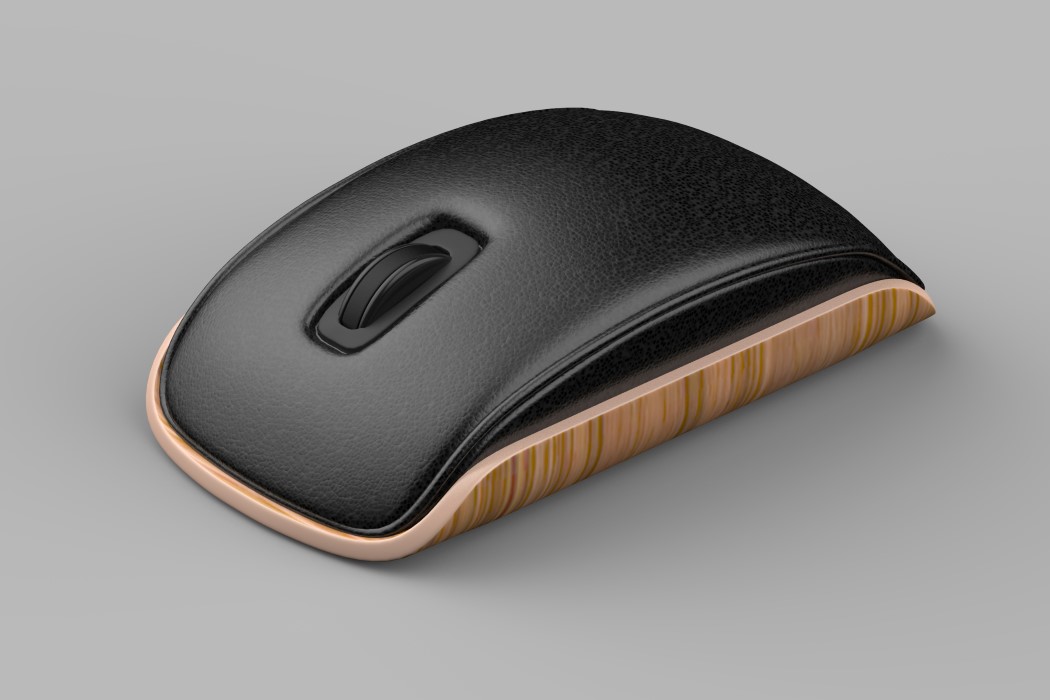 Taking inspiration from an iconic chapter in furniture design, Shane Chen envisioned the Lounge Mouse, a hat-tip to Ray and Charles Eames’ Lounge Chair. The Lounge Mouse follows the form and visual direction of the ottoman footrest that comes along with the chair. The base of the mouse is made from bent plywood, while the upper half is an incredibly soft leather-clad with a scroll-wheel in its upper center. 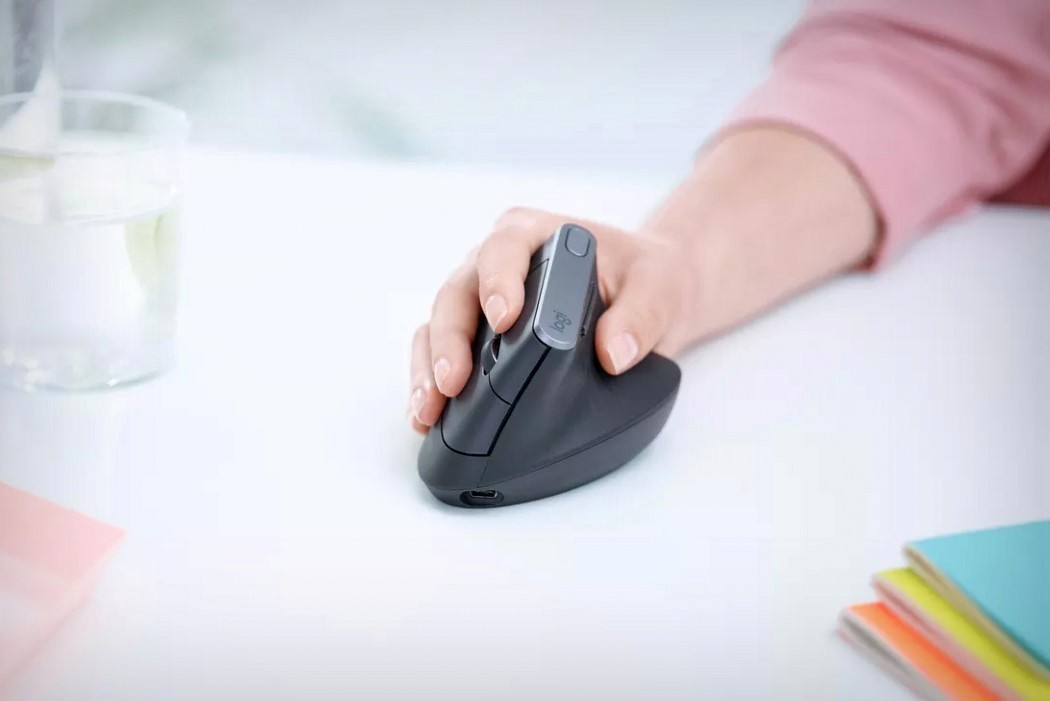 Inspired by the formation the hand makes during a natural handshake, Logitech’s MX Vertical wants to be the chunky mouse your hand falls in love with. Tilting at an angle of 57° off the horizontal plane that is your table, the MX Vertical feels halfway between a mouse and a joystick. It can be held onto for hours, being maneuvered without strain, and is even easy on your wrist too, shifting the movement from side-side to up-down. 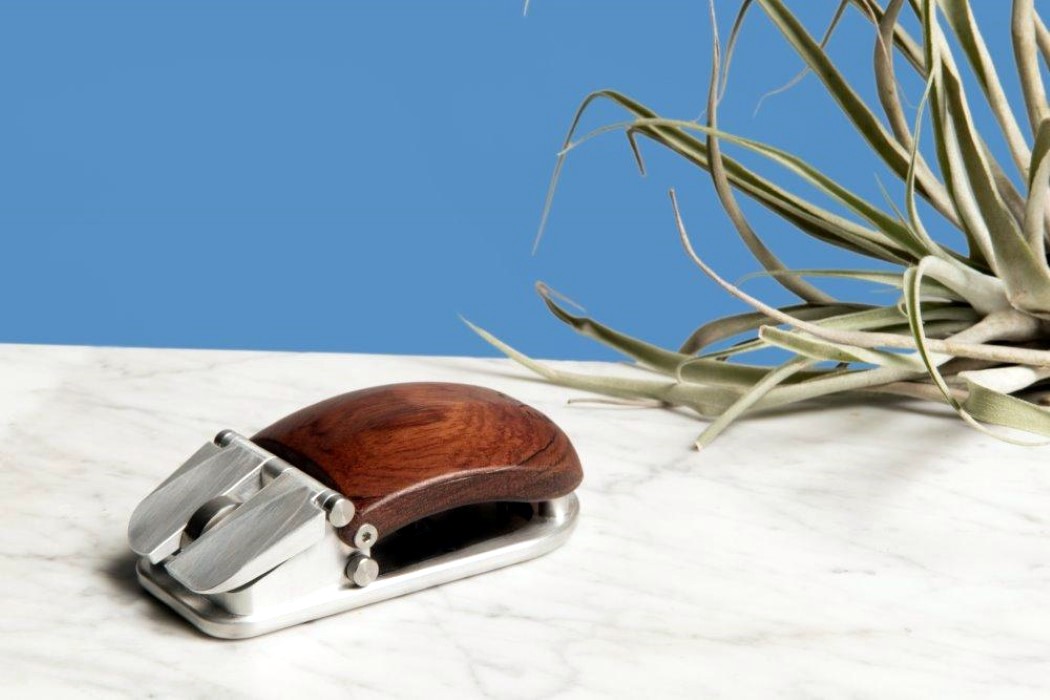 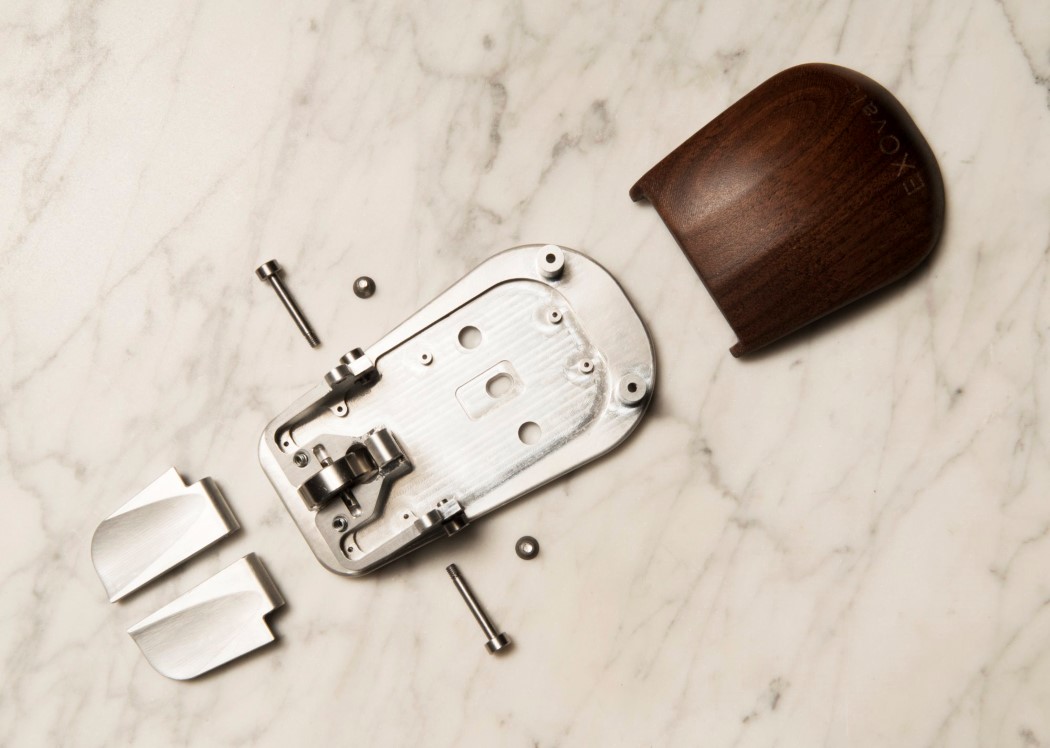 The EXOvault Mouse was developed by the artist, engineer, designer, and overall maker Jonathan Schipper. Designed as an exercise to visually reinvent something mundane, something we take for granted, the mouse was developed at EXOvault’s facility in Brooklyn and it doesn’t just look great, but feels great too. It has weight, which allows you to command the cursor with confidence, while the clickers and scroll wheels provide a wonderfully smooth tactile feedback. With a PixArt 3000cpi sensor that works on glass and a 500mAh battery, the EXOvault mouse performs well too, giving you superior functionality and aesthetic unconventionality in a singular package that guarantees to make you instantly want to ditch your plastic mouse or trackpad! 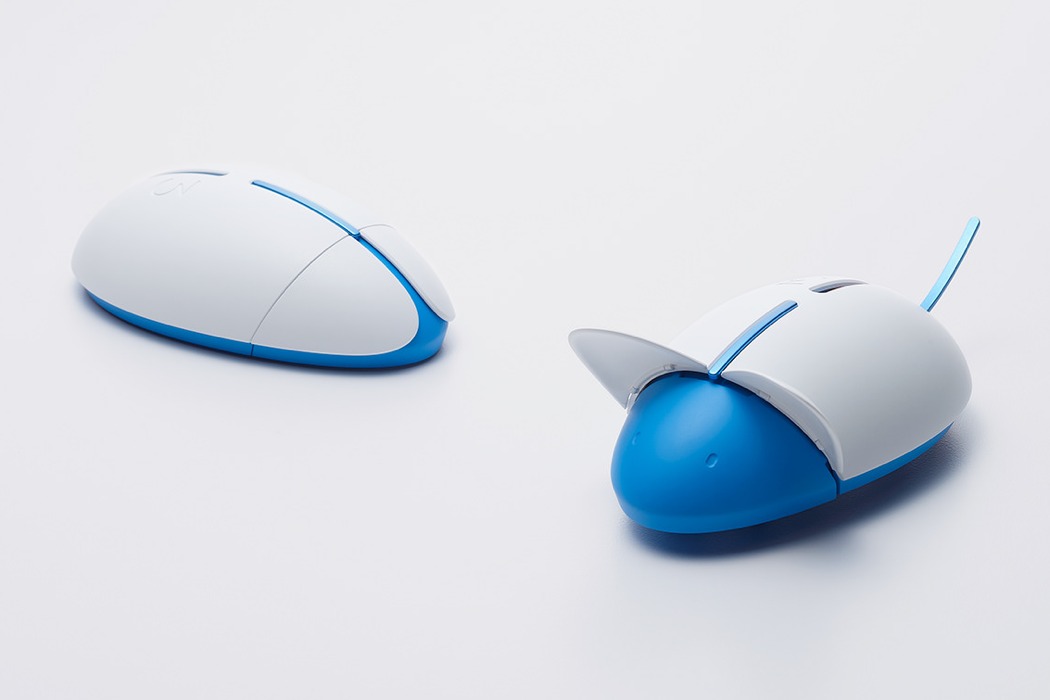 The designers at BKID took the literal connotation of a computer ‘mouse’ and embodied its characterful persona into the Balance Mouse! During the day the mouse works like any other computer mouse, letting the user go about pursuing their tasks. However, when the clock strikes ‘home time’, the mouse exits the body and humourlessly rolls away. Not only is this a visual indicator that the workday is over, but its also pretty difficult to use a computer without a mouse! 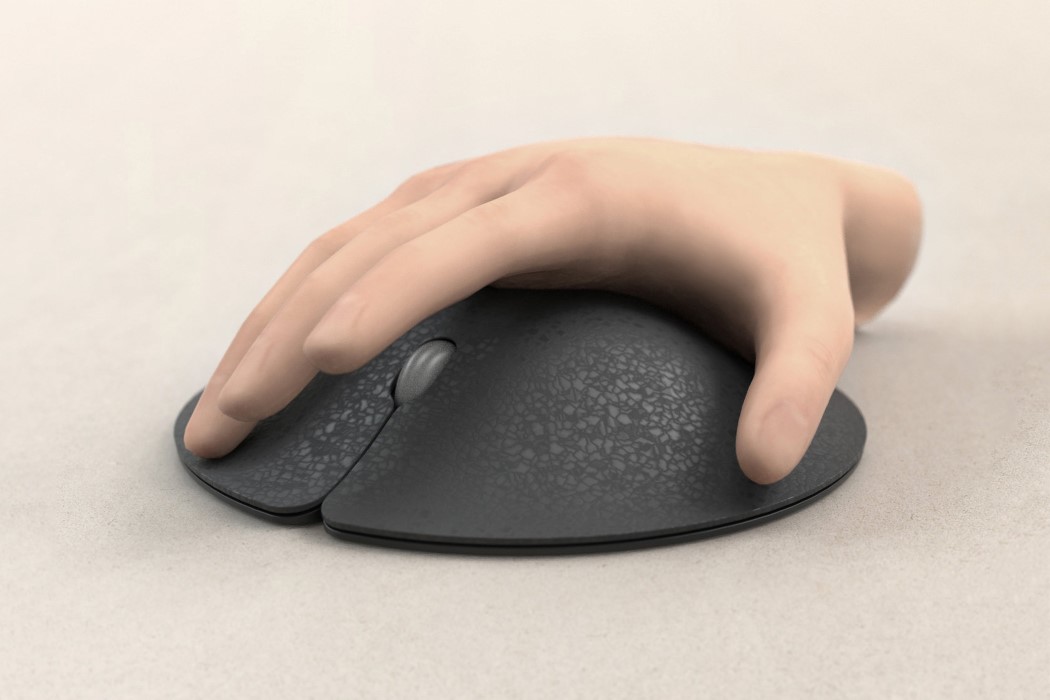 The Manta Mouse by Alberto Aguado Baudil takes inspiration from the Manta Ray, with its wide, stingray-inspired design. At the very center is a bulbous volume that forms the bulk of the mouse, the part your palm rests on, while the rest of the mouse skirts around the side. This side-skirt essentially works as a cushion for the base of your palm, promising to give your hand a comfortable place to rest as you operate the mouse. 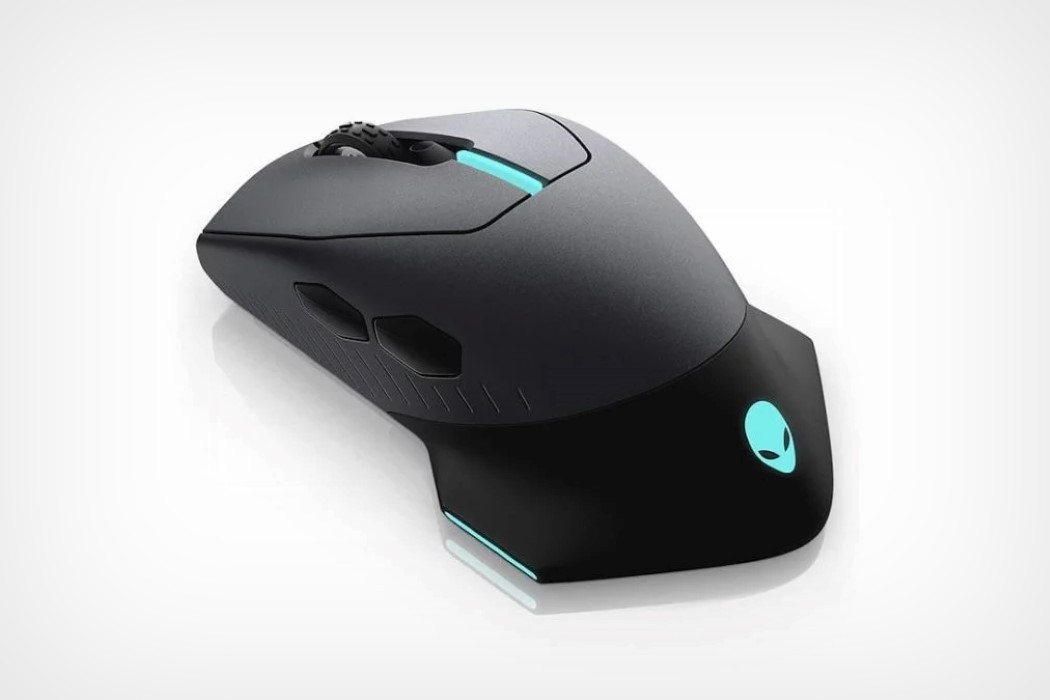 Admittedly, the name Alienware AV610M doesn’t roll off the tongue easily, but the device corresponding to the name looks like an absolute beast. With a form that truly looks like a UFO, complete with wings and even LED lights glowing ominously on the inside, the AV610M lets you dominate your virtual battlefield… with 350-hours of battery time, no less. The rechargeable gaming mouse comes with 7 fully programmable buttons and a 16,000 DIP precision sensor to give you a solid edge over your competition. 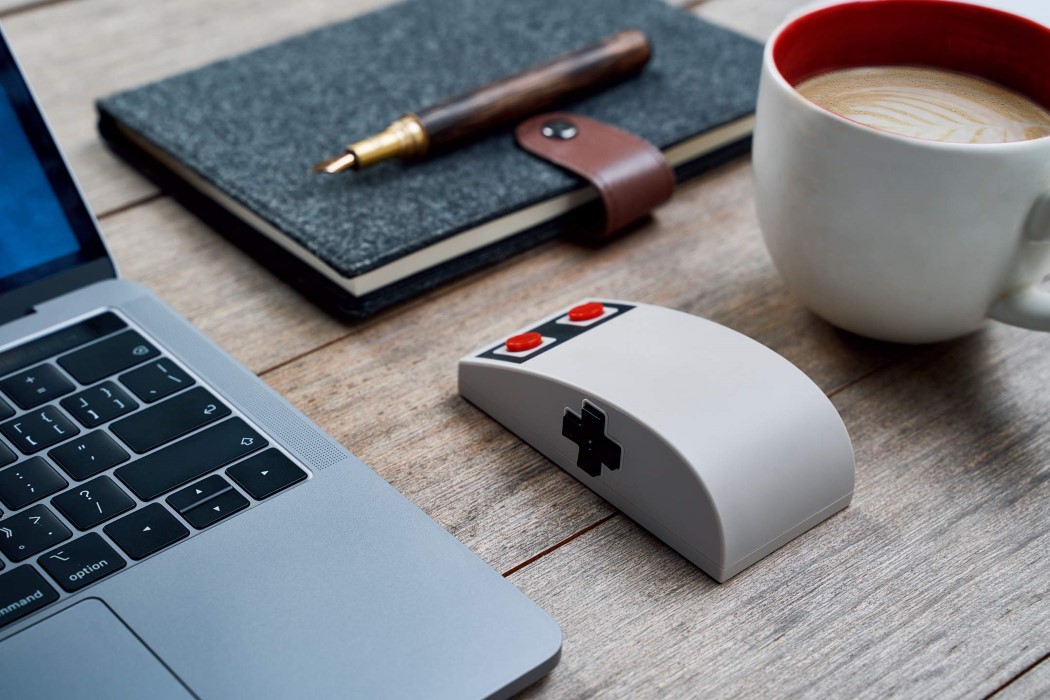 Designed as a juxtaposition between classic and modern, the N30 mouse created by Daniel Jansson for 8BitDo transforms a hallmark of console gaming into a neat, functional mouse that’s a sheer tactile joyride! The mouse originated as a concept created by Janssen in 2009, only becoming a reality this year after 8BitDo really saw promise in it. The wireless mouse comes with clear-cut lines that you’d imagine wouldn’t be comfortable, but actually do feel familiar. It features classic NES controller-style red left and right-click buttons, resting on a black platform which is, in fact, a touch-sensitive scroller. To complete this whacky/adorable mouse’s design, Janssen incorporated a D-Pad on the side, that can be controlled via your thumb. The D-Pad provides an extra layer of functionality to the mouse, allowing you to perform PageUp, PageDown, Home, and End commands with a single click. 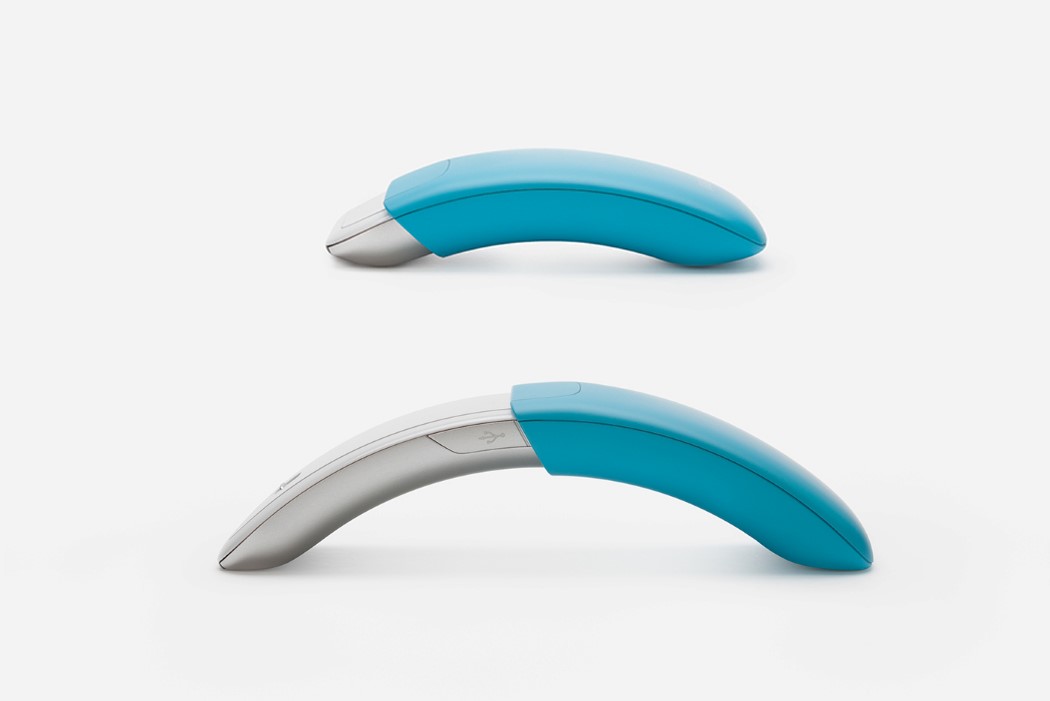 The Samsung Mouse by BKID comes with a compact, telescopic/collapsible design. A matte plastic outer sleeve holds the small electronic mouse module on the inside. This works just fine because plastic feels good to touch (honestly, the metal feel is overrated. I choose comfort over premium) and therefore comes right under your palm while the electronic part slides outwards, manifesting itself under your fingers. The entire design is arc-shaped, giving it a definitive curve that allows for easy gripping (bulky), but when the mouse collapses into itself, it becomes half in curvature, almost becoming a sleek, flat, highly carry-able computer peripheral!

Made of a soft Silica Gel, the body of Tube by Tim Chen is soft and malleable, making the mouse far more adjustable than its hard-bodied competitors. This, combined with its symmetrical design ensures that is can be used by both right and left-handed individuals, this is something that ergonomic computer mice often cannot cater for. Packed into the squishy exterior is a light that, much like the night light it was inspired by, gently glows, giving Tube a second use!

A Real Game Changer for Motorcyclists!

https://www.kickstarter.com/projects/1626798797/domio-pro-a-game-changer-in-helmet-audio-and-commu? Rocking out to their favorite songs while simultaneously enjoying the open road on two wheels is something a lot of motorcyclists dream of, but…

A practical automotive design has to look good, but the interior has to be functional and crafted, keeping in mind the long-term utility and comfort! Roman Zenin who’s a…

Watch how this 4.7-inch thick monolithic slab opens up into a comfortable movie theater chair!

Originally made for theaters and cinema halls, this Piet Mondrian-inspired chair is a marvel of minimal design, 20th-century abstract art, and engineering! Titled the Mono,…