It’s interesting to see how modern society’s response to someone looking at their watch has changed over the years. Just a hundred years ago, when we transitioned from pocket watches to wristwatches, looking at the time on your wrist was considered a sign of affluence. Over the years, as wristwatches became more affordable and commonplace, and as the pace of life gradually picked up in urban parts of the world, looking at your watch meant you were in a hurry. Look at a watch in a boardroom meeting now and it’s considered downright rude (perhaps even more than checking your phone). Challenging that social perception is Prompt… an Anti-Watch. What is an anti-watch, you ask? Well, on a philosophical level, it’s the antithesis of the watch’s entire UX, because the Prompt lets you check the time – without looking at your watch.

For a watch that was designed to be used without looking at it, Prompt is quite a looker. With a beautiful minimal aesthetic, Prompt comes with a familiar watch silhouette, but has absolutely no hands, face, or crown. The center of the watch does, however, have a glossy concave surface that serves as a tactile watch face. Touch it, and the watch vibrates to tell you the time. Prompt, as its name suggests, prompts you with tactile cues to let you know when an hour passes by. Splitting the hour into four 15-minute quadrants, the watch vibrates anywhere from one to four times to let you know the hour is passing… so if you’re in a meeting that’s supposed to be half an hour long, simply touching Prompt can let you know that you’re halfway through a meeting with just 1 vibration, nearing completion with two vibrations, and running into overtime with three quick pulses. You can effectively keep track of how the hour passes without having to look at your watch and appear uncivil or rude.

That being said, Prompt does have the ability to actually tell you the time accurately down to each minute too (rather than in 15-minute intervals). Around the edge of the watch lies a ring of LED markings that illuminate when you press down on the watch’s center for more than 3 seconds. The blinking lights aside, Prompt possesses (and celebrates) a meditative quality that has you less worried about each second and each minute. As its name suggests, it prompts you rather than overloading you with information the way smartwatches of today do… and by changing the way you fundamentally interact with a watch from a visual format to a tactile one, it successfully creates the anti-watch revolution it set out to! 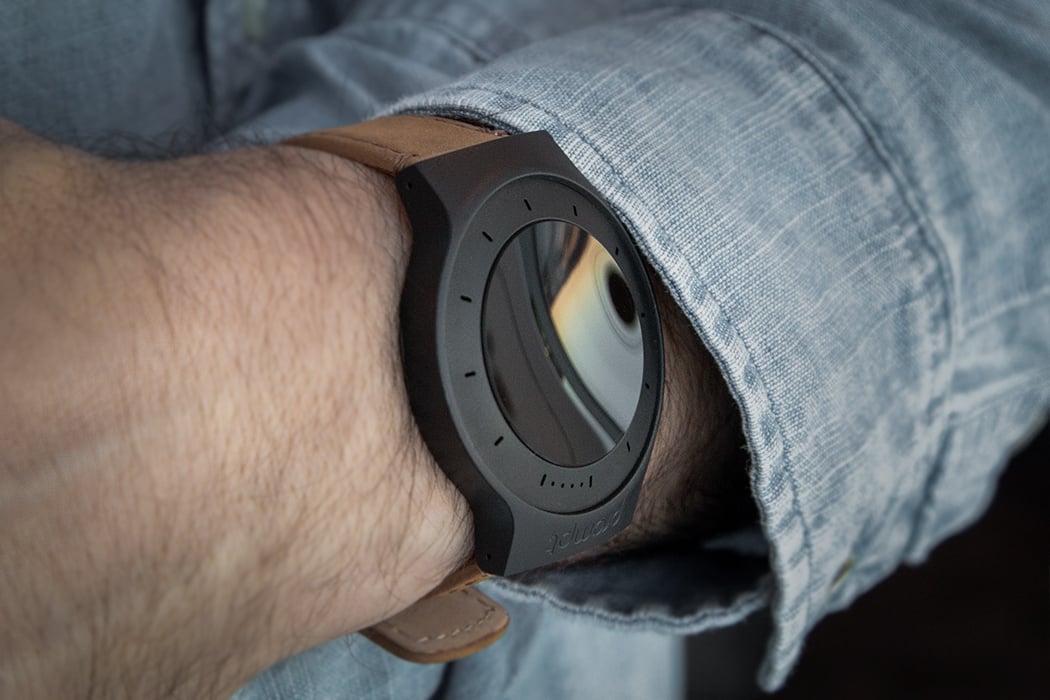 Prompt: The Anti-Watch is an eyes-free timepiece with no numbers, hour, or second hands. There is no screen or connection to WiFi or Bluetooth. The orientation doesn’t matter and the time zone is irrelevant. 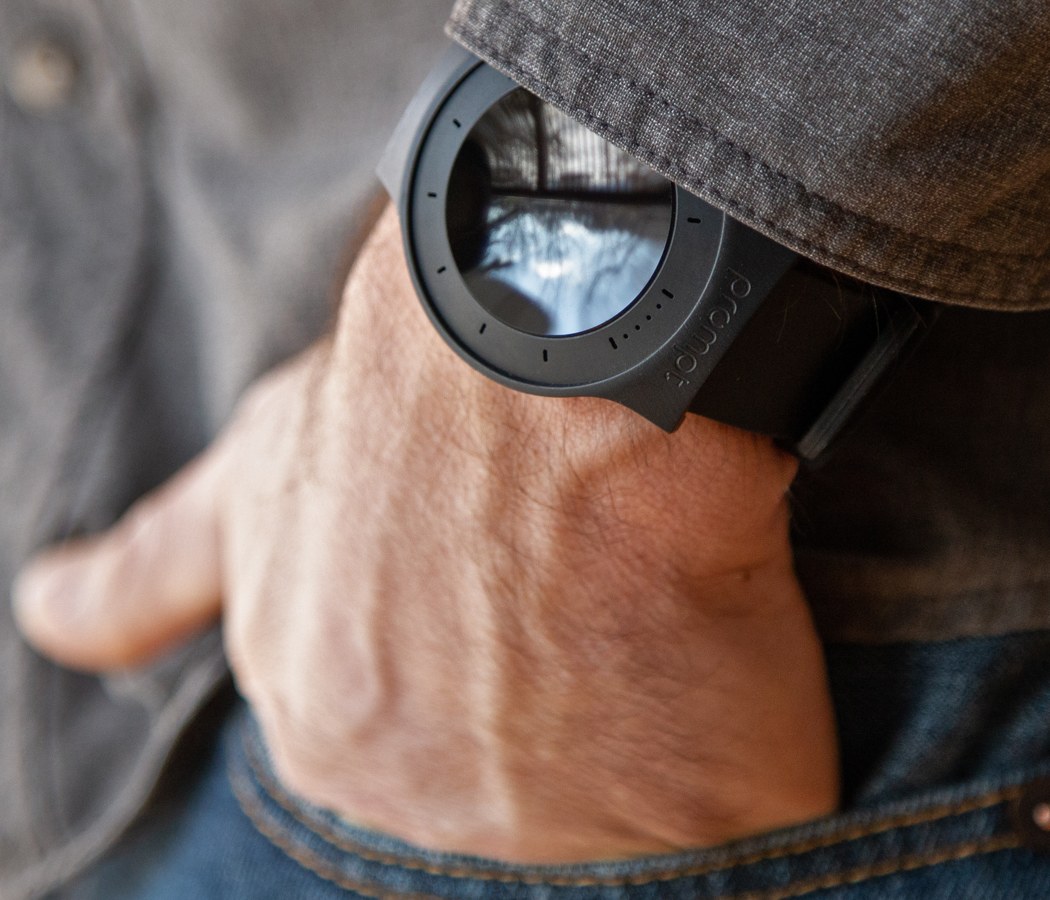 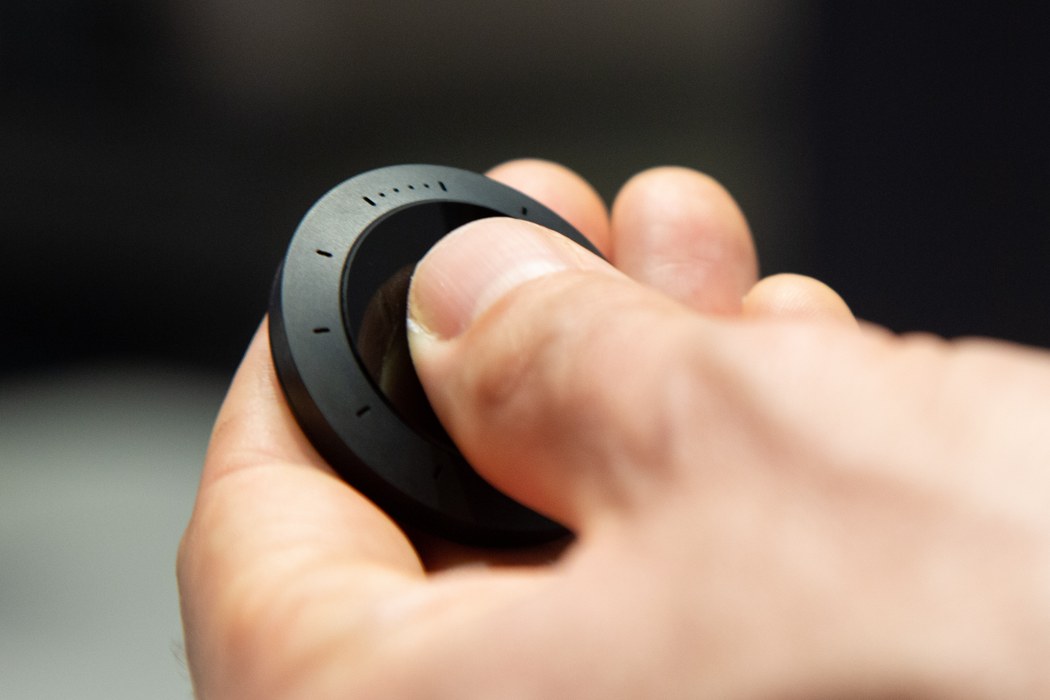 Its minimal design can be worn on your wrist, kept in your pocket, or held comfortably in your hand. It won’t push you notifications, but will silently give the time to you when you tap on the face. 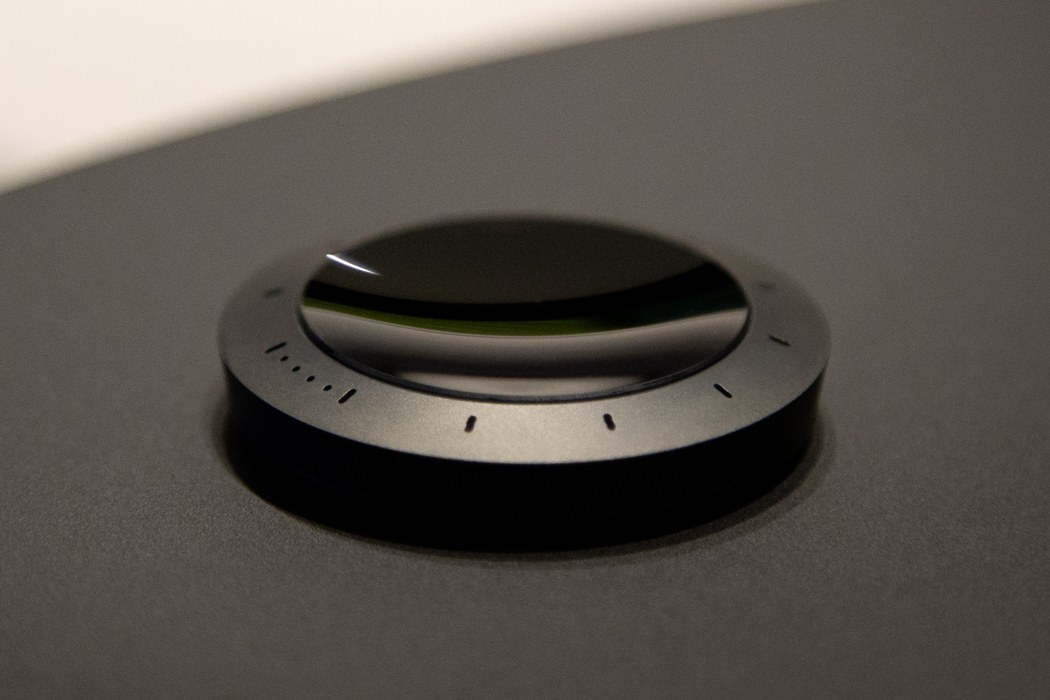 The timepiece itself is strikingly simple, beautiful, and modern, made of high quality PVD coated stainless steel and polished glass. Engineered to be no larger than a small comfort stone or serenity coin, it is smooth to the touch and substantial in weight and quality.

Early iterations of the tactile timepiece went to lengths to tell you the precise time, right down to the hour and minute. But since most meetings start at the top of the hour or halfway past the hour, the design team ultimately realized that staying prompt only required a timepiece to convey “four moments in time” – right before or after the top of hour, and right before or after the half-hour.

Touching the smooth concave glass lens triggers between 1 and 4 vibrations to represent those “four moments in time”: 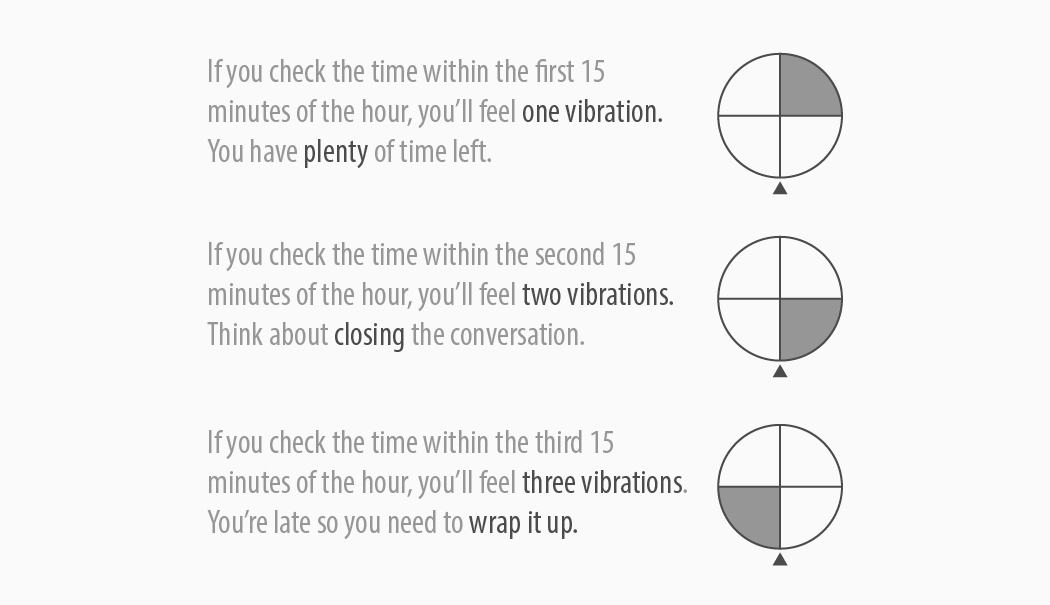 Above example is a meeting that ends at 9:30.

Precise Time to the Minute 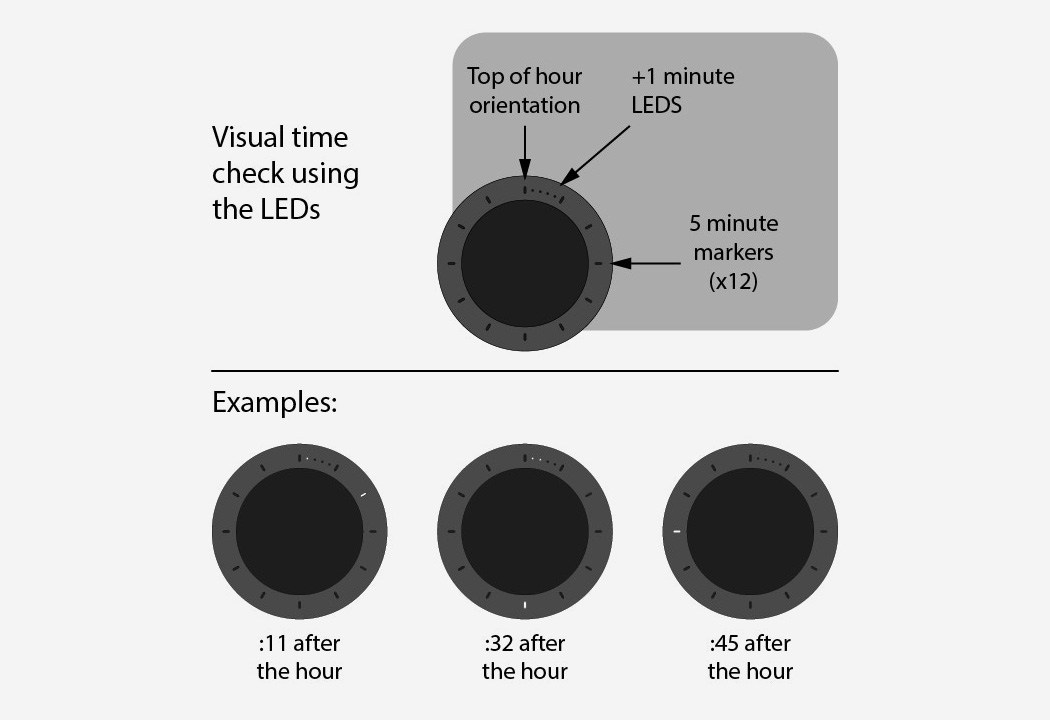 If you want to know the precise time, you can always glance at the LEDs that run the circumference of the timepiece. This is activated by pressing on the lens for more than three seconds. 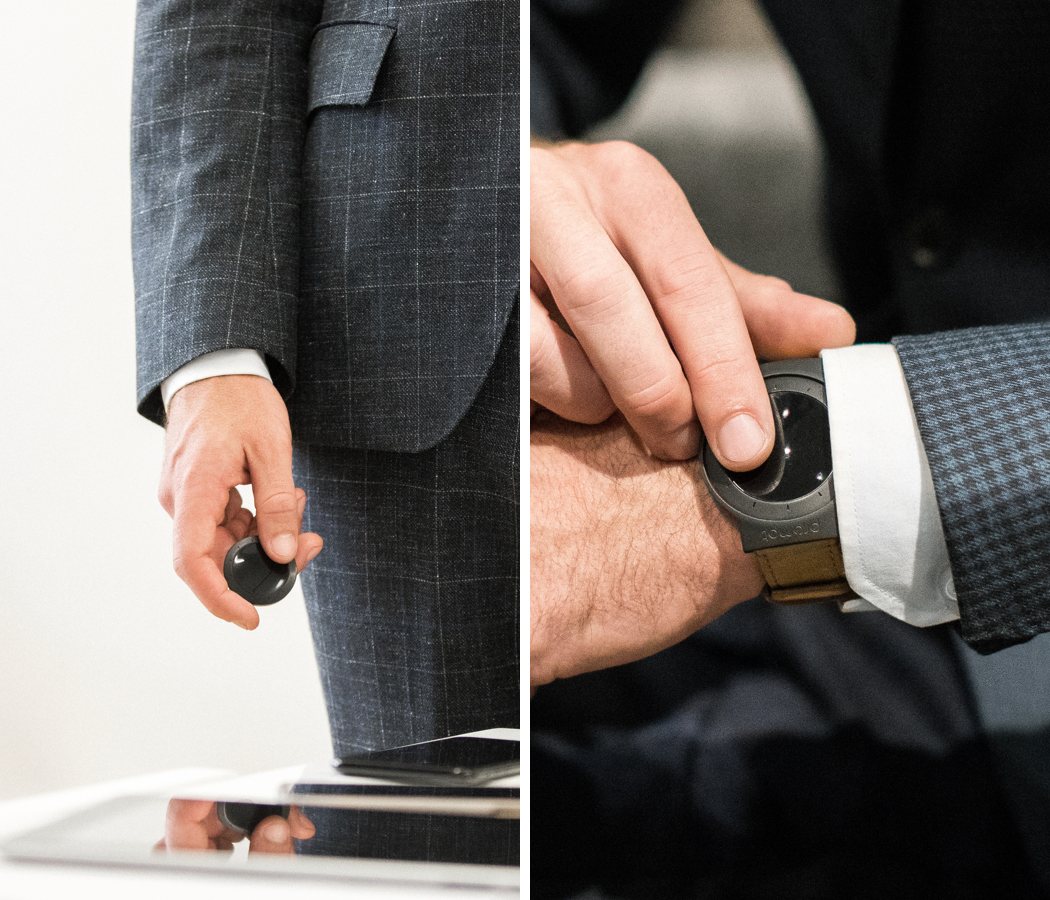 In business, maintaining the attention and trust of colleagues is essential. Prompt is an extremely versatile timepiece, whether you’re checking time by holding it in your hand or in your pocket, or worn traditionally on your wrist. 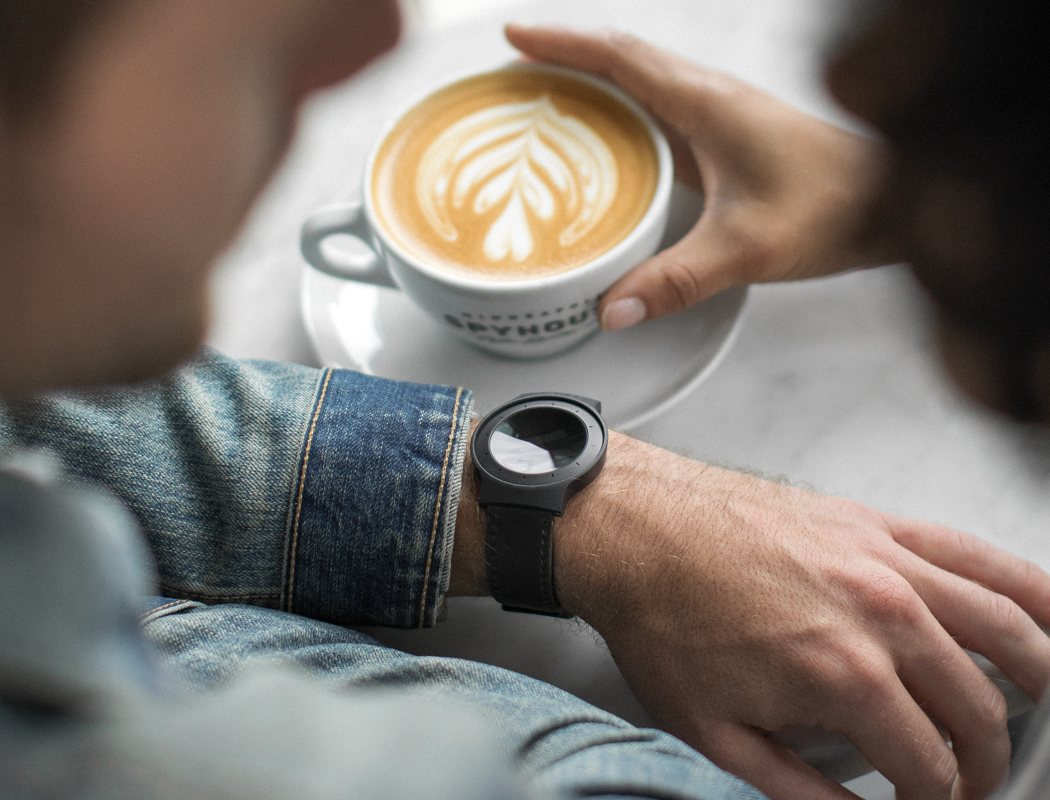 In a casual environment, Prompt allows you to be both present and mindful of others, which can make or break a special moment. Its unique, minimal, and unconventional design can also be a conversation starter.

Completely Offline. Prompt is not a smart watch or smart device. It has no display or screen. It is self-contained and ultra simple; it’s not connected to anything else through WiFi, Bluetooth, or NFC. 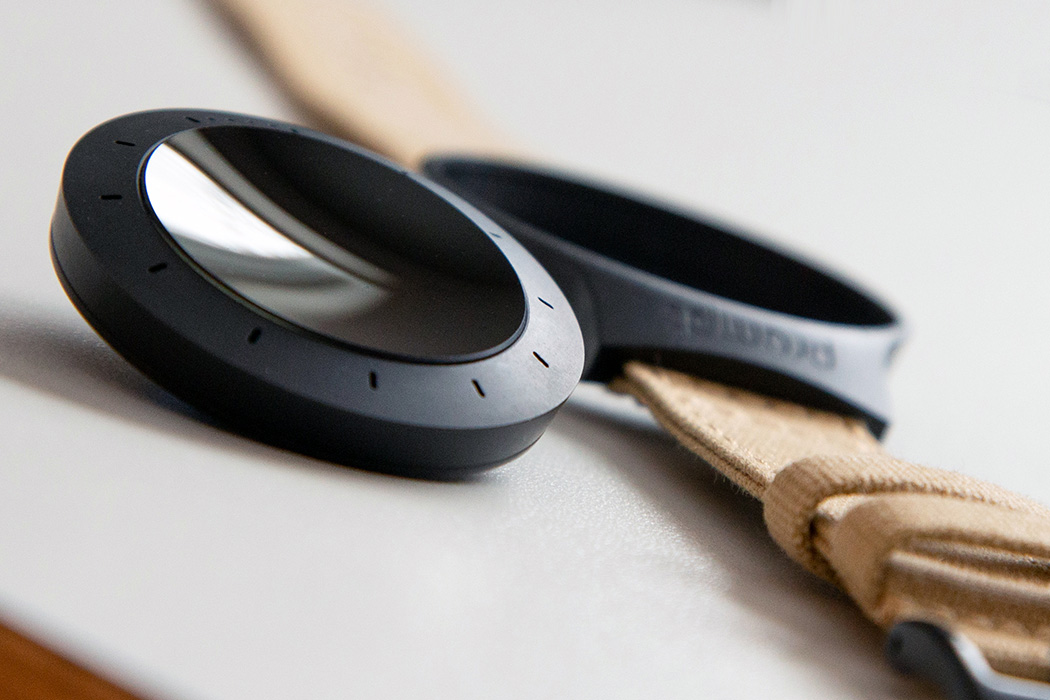 A Faucet Your Face Will Appreciate

Whether or not it will be a hit, I always get excited seeing something entirely new! And this idea by designers Seungho Choi and Yoona…

We are always in need of a USB cable to charge up a phone, an i-pod or load up digital photos from our camera, yet…

That’s No Newspaper for Rain