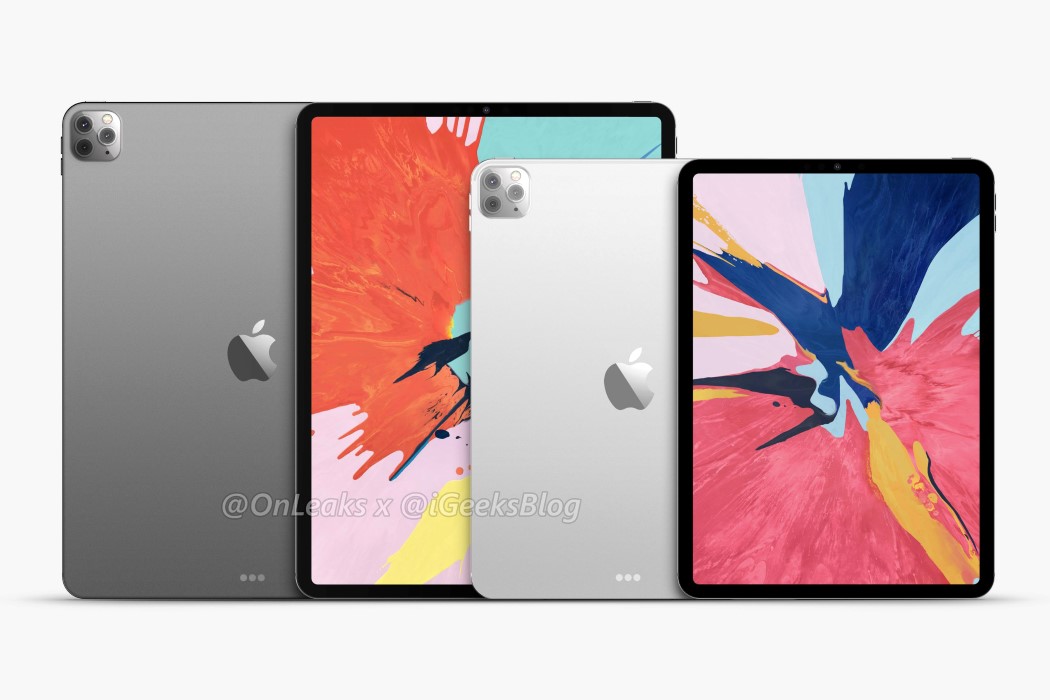 Let’s for a second look past these renders and consider the place they come from. Created by Steve H. McFly (better known by his Twitter moniker OnLeaks), these are the renders that best describe what the upcoming iPad Pro may look like. The tablet is due for a version update in Apple’s springtime keynote in 2020, and these renders are a result of informed insider leaks… they aren’t a fan-made concept like the circular Apple Smartwatch we covered a few days ago.

Over the past few years, these leaked renders have almost always been spot-on, which proves that insider sources can be reliable, but also fundamentally proves one more thing… design predictability. Nobody predicted the cheesegrater Mac Pro or even the dustbin-shaped Mac Pro before it because Apple chose to break the mold by taking on a radical design approach. With its more popular devices like the MacBook, iPad, and the iPhone, there’s a distinct departure from that radical thinking. A feature that appears on the iPhone will soon make its way to the iPad. The iPhone got TouchID, then the iPad got it. The iPhone got Apple’s ARKit, then so did the iPad. The iPhone migrated to a FaceID system, and in 2019, the iPad followed suit. A similar process was followed with the removal of the headphone jack. These renders by OnLeaks come after multiple tablet case manufacturers out of China are showing what happens to be a square-shaped cutout near the camera, which pretty much indicates that the iPad will get a 2 or 3 lens camera, just like the iPhone 11 or the 11 Pro. There’s speculation regarding whether Apple will ditch the aluminum frame for a glass back as it did with the new breeds of iPhones, but that decision was fueled by the need to bring wireless charging capabilities to the iPhone. It’s extremely unlikely that Apple would ever expect us to wirelessly charge a massive tablet on a tiny puck-shaped charger, but OnLeaks decided to showcase both variants anyway.

The 2020 iPad Pro sticks to its two size offerings, the 11-inch and the 12.9-inch… yet another page that was borrowed from the iPhone playbook, which for the past 5 years has seen the launch of Regular and Max variants. It’s difficult to say what Apple’s realistic roadmap for the iPad is. The tablet was developed to be a powerful machine capable of competing with laptops, armed with an Apple Pencil that makes the iPad Pro a true boon for artists. The camera has never been the iPad’s shining feature, and somehow adding three lenses to the new iPad Pro seems a lot like innovation for the sake of it, so that Tim Cook can climb onto the stage and say “this is the most advanced camera we’ve ever put on a tablet” amidst a cheer from the keynote audience. This game plan somehow makes me wonder what really goes on in Apple’s board rooms, and whether the iPad’s R&D department depends heavily on hand-me-downs from the iPhone department.

Either which way, I’d like to see what spin Cook puts on it. The iPhone 11 Pro’s camera is truly game-changing, and that would definitely be a great addition for the iPad, but honestly, it would be similar to making the iPad waterproof… it sounds like innovation, but one would argue if it was truly necessary for the tablet category. Nevertheless, these renders are all we have for the moment and I’ve got little reason to challenge them. Apple’s yet to announce the date of its Spring keynote, but some websites are speculating an event in the end of March. The company’s currently facing major problems with its supply chain due to the Coronavirus outbreak in China. Apple has mentioned that it may lead to a significant shortage of inventory in its stores across the world, and it’s hard to judge the scale of impact it may have on any future launches. Fingers crossed, until then. 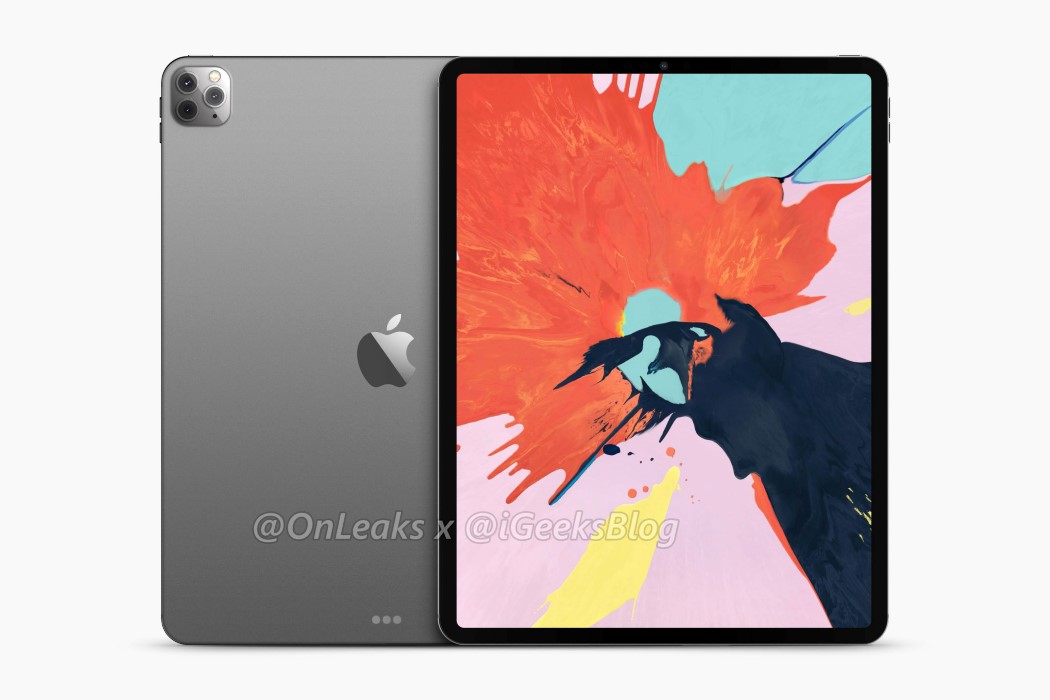 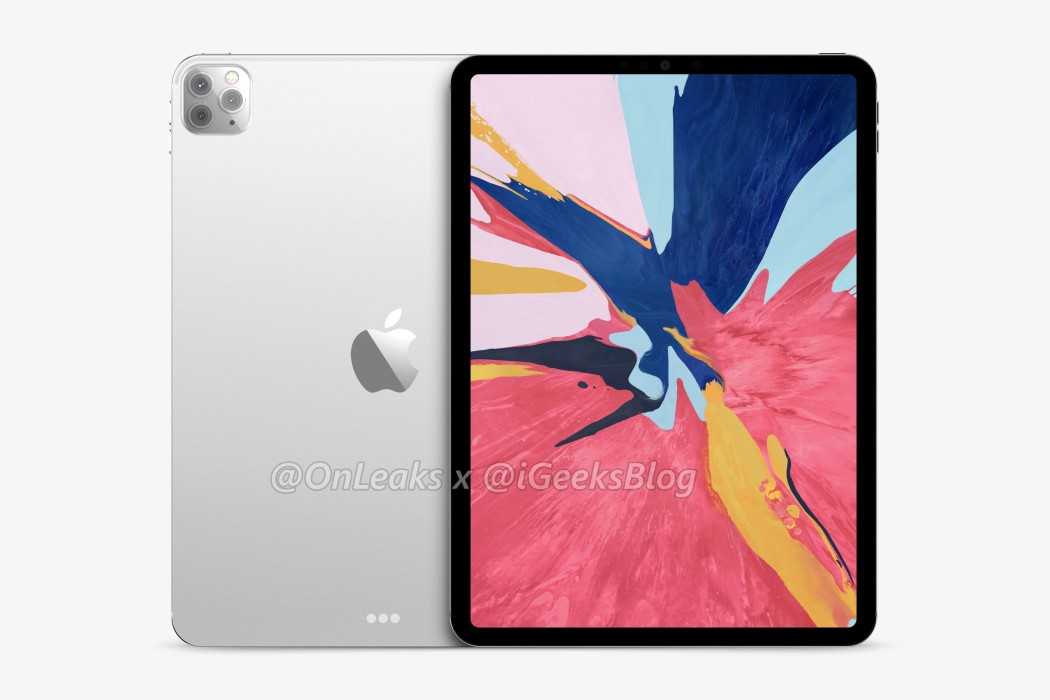 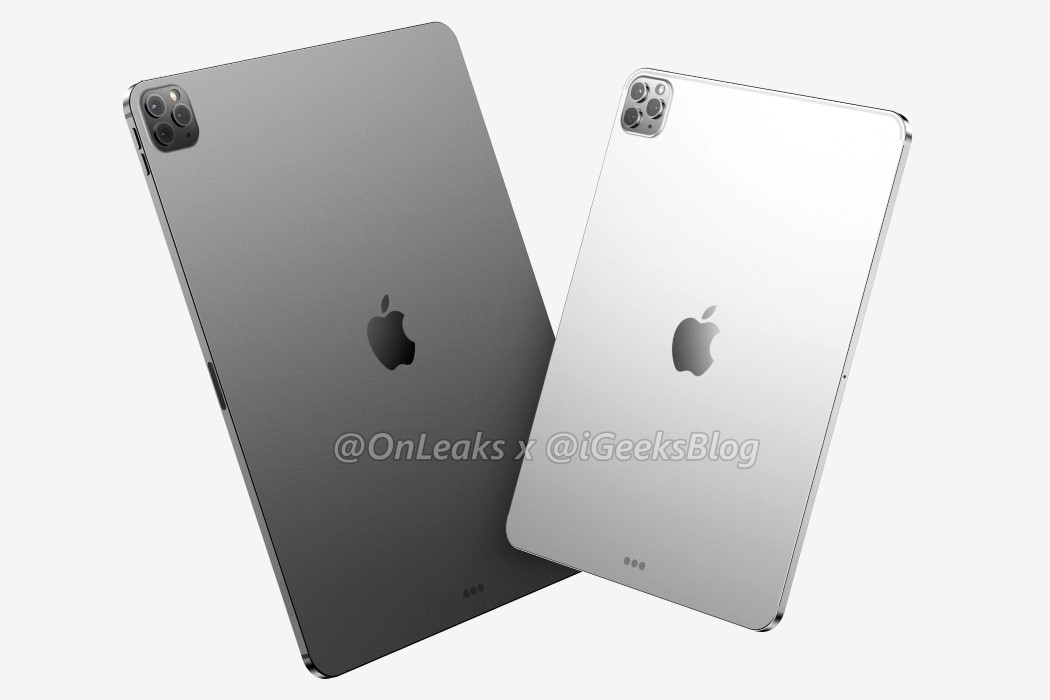 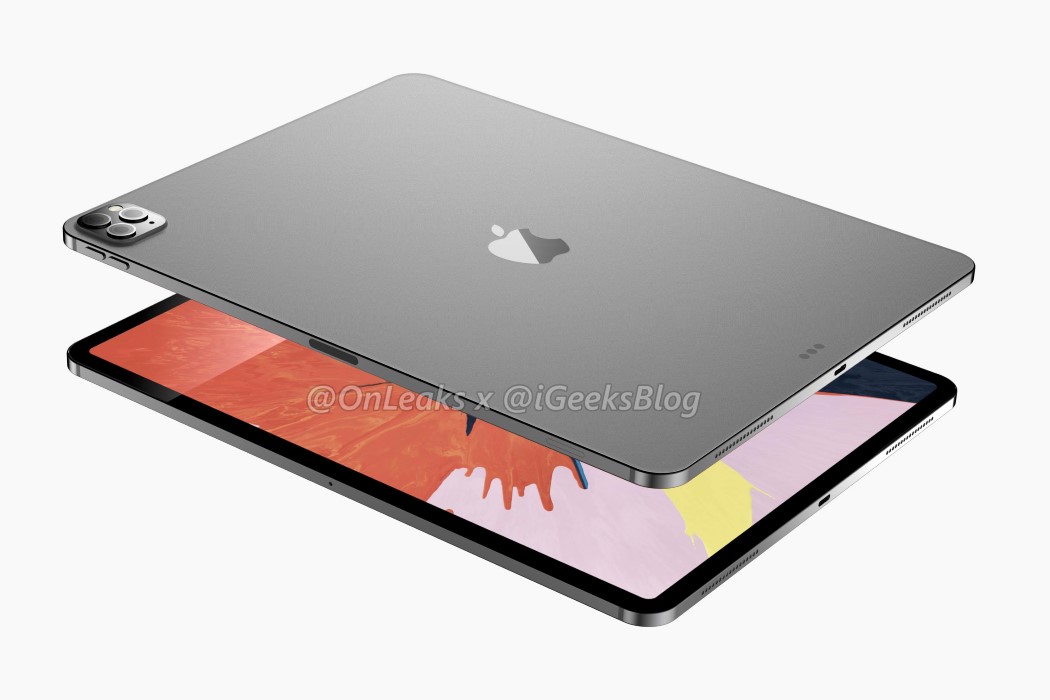 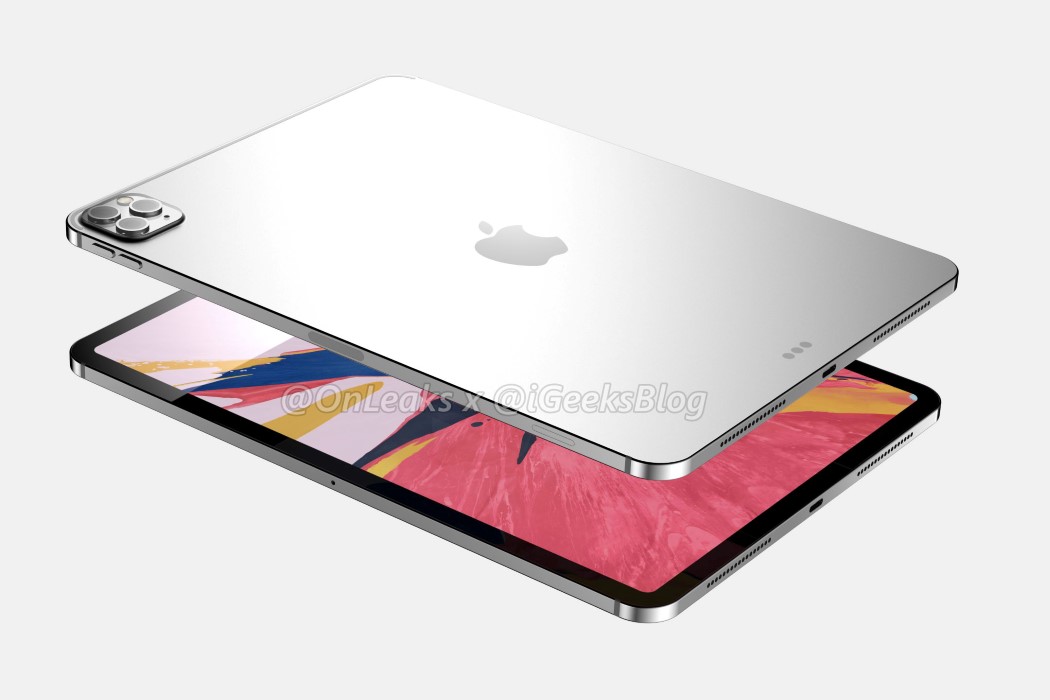 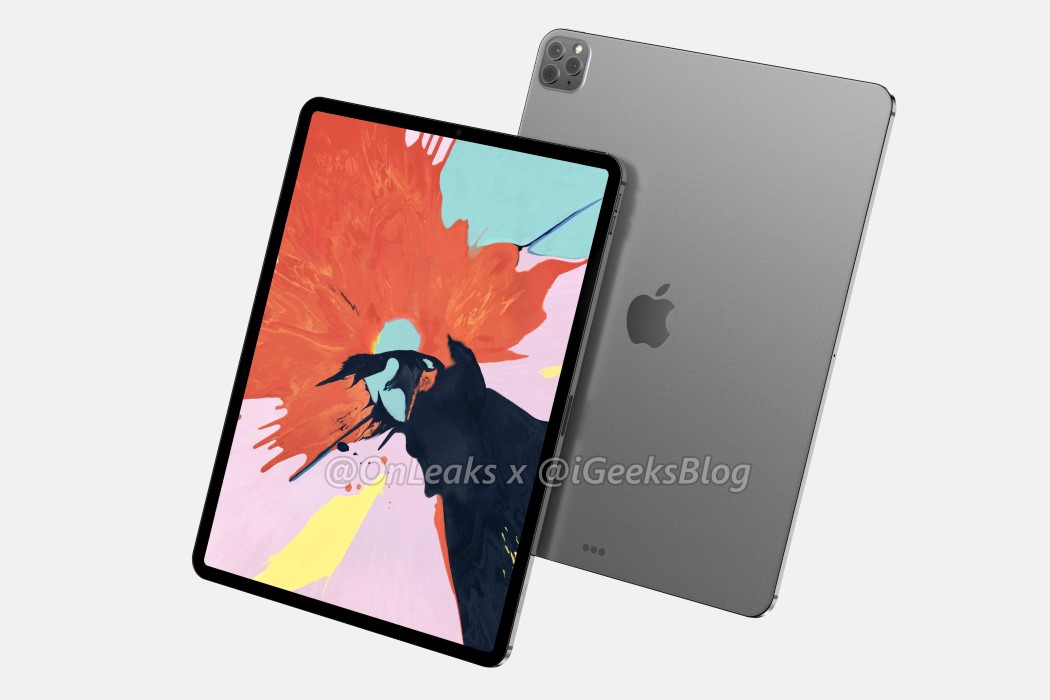 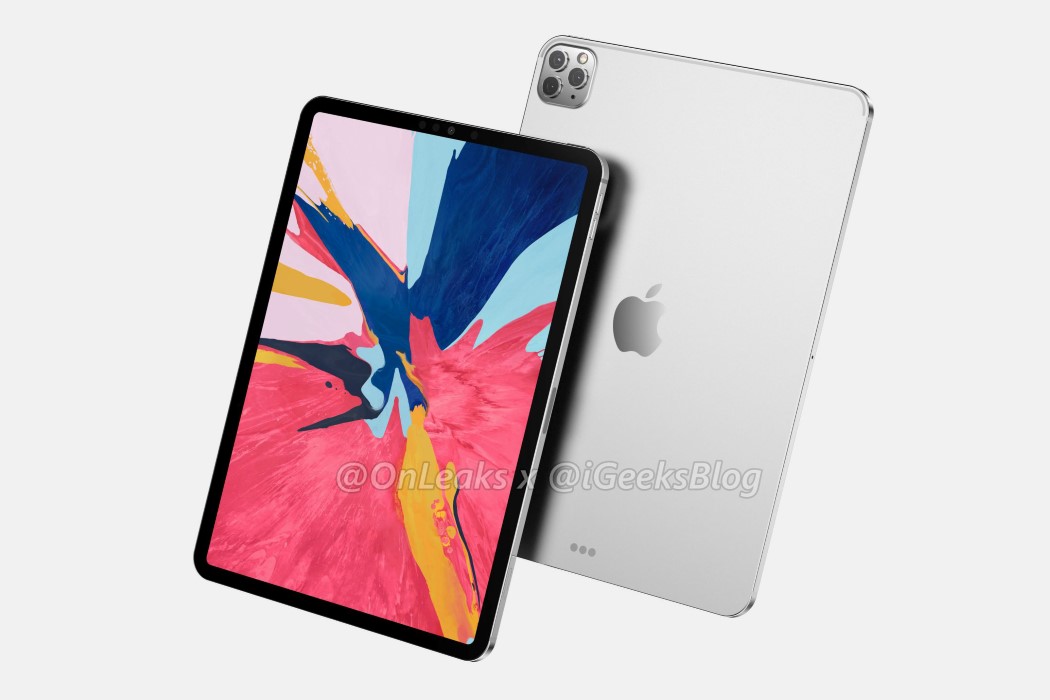 This smart desk gadget doubles as a stretching aid to keep you moving while working!

Transitioning from working out of the office to working from home has undoubtedly thrown our daily movement routines for a loop. While our days once…

Dustbin of Many Sizes

The Panel Bin has a metal spiral rib that stretches and adjusts to varying heights for your convenience. Simply line it with a disposable bag…

For kids, there’s almost no scarier experience than a visit to the doctor. In the same thread as gentle nurses and hospital clowns, Pick is…

The CHEW is an Aluminum+Silicone Alternative to the Disposable Straw

https://www.kickstarter.com/projects/1062686763/chew-a-new-spin-on-reusable-straws? The plastic straw’s been getting some serious bad rap of late, and rightfully so. All single-use plastics are basically clogging our environment and finding…