People say that a cup of coffee can make or break a person’s day, I say that a good or bad shower has a stronger impact on the outcome of your day. A perfect shower is arguably more exhilarating than a great cup of coffee. It awakens your senses, opens your eyes, pores, and mind, and has you looking and feeling like an absolute champion. A dull, cold, lifeless shower, on the other hand, can have you feeling groggy, bitter, and shivering. The last time I checked, nobody likes a bad, spiritless shower.

Here’s the formula. A great shower is determined by three variables: Water pressure, temperature, and coverage. Most showerheads check two out of those three boxes, and there are probably a few that check all three, but the Nebia by Moen also checks a secret fourth variable… shower length. With its third Kickstarter iteration, Nebia’s managed to engineer the showerhead in a way that controls droplet sizes on the scale of a micrometer. This new arrangement allows your shower to have twice the intensity and coverage while retaining the temperature that you deem perfect. It also saves as much as 45% water as compared to your regular showerhead, allowing you to shower for longer while using lesser water.

Designed in partnership with Moen’s shower design, Nebia’s showerhead works with water droplets that are less than a millimeter thick. Just like a 4K screen has smaller and more clustered pixels as compared to a 720p screen, Nebia’s showerhead creates what the company calls a “high definition” shower experience. Now that may be marketing-speak, but the shower definitely covers a larger area than a regular shower, especially with its ring-shaped Rainshower head and the shower wand, that bombard you with rain-like water sprays from not just the top, but even the front. That perfect stream of well-heated water is courtesy the specially engineered nozzles within the Nebia by Moen which don’t work as flow-regulators, but rather function as pressure-regulators which help it deliver a consistent experience no matter which part of the world you’re in.

The design comes in an incredibly sleek avatar, with the choice between a Chrome finish, Matte Black finish, and a Spot Resist Nickel finish. Borrowing from the company’s first two variants, the Nebia by Moen features the same easy-to-fit fixture system that lets you instantly plug-and-use your shower kit. The design features a 17-inch vertical slider, a swivel mechanism, and an angular adjuster that lets you aim and position the shower relative to your needs. The optional shower wand even has a magnetic dock that lets you snap it on or off whenever you want.

The Nebia by Moen is the company’s third piece of innovation in the pursuit of the perfect shower. Designed and engineered to work on a level that’s much more precise than any other showerhead out in the market, Nebia by Moen aims at conquering the three golden pillars of the perfect shower, along with that secret fourth pillar that lets you shower for longer while using 45% less water. Sounds appealing, doesn’t it? You wouldn’t be alone, especially given that the showerhead’s garnered over 7 thousand backers who’ve raised $1.5 million… because a positive shower experience can lead to a positive day! 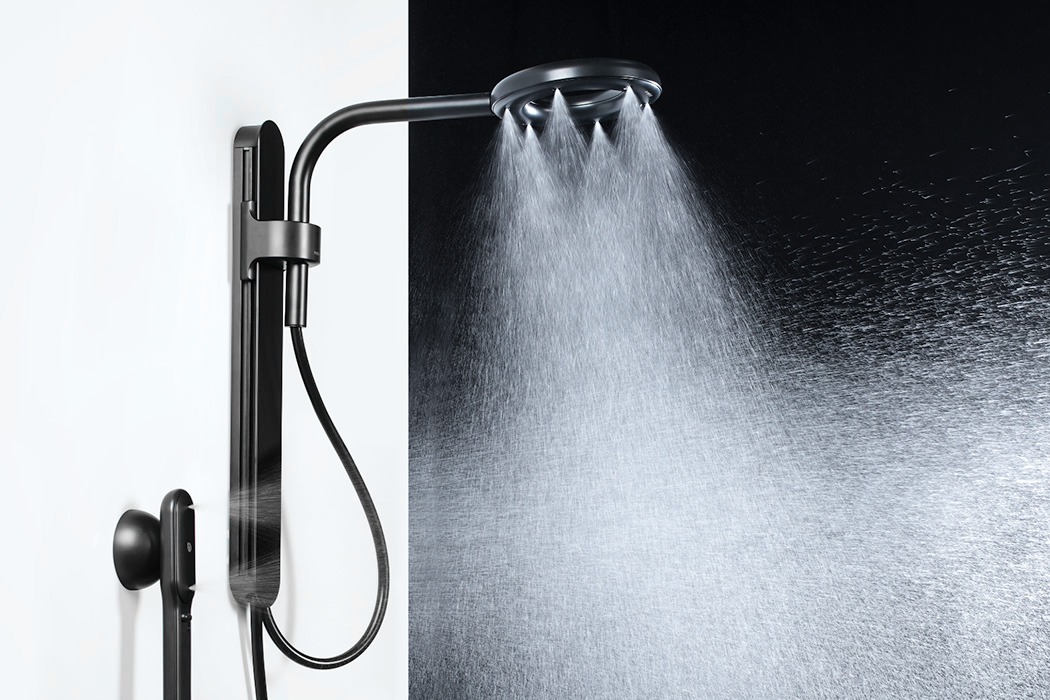 Nebia by Moen: 2X More Coverage Saving Half the Water of Standard Showers

Nebia’s mission has been to bring the world’s best and most sustainable shower to as many people as possible. Over the past five years, the team came out with the Nebia 1.0 and Nebia 2.0. Now, Nebia’s patented atomization technology is coming to more homes than ever. To achieve this, the team has partnered with Moen, a leader in the shower industry for over 70 years. 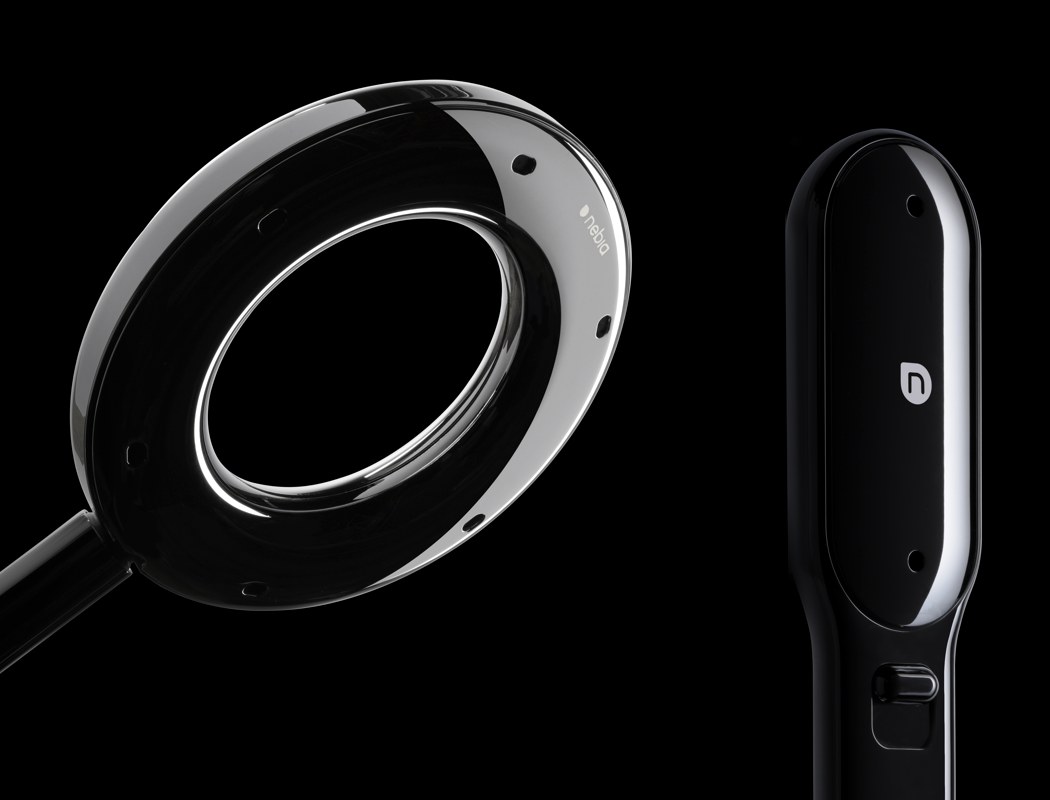 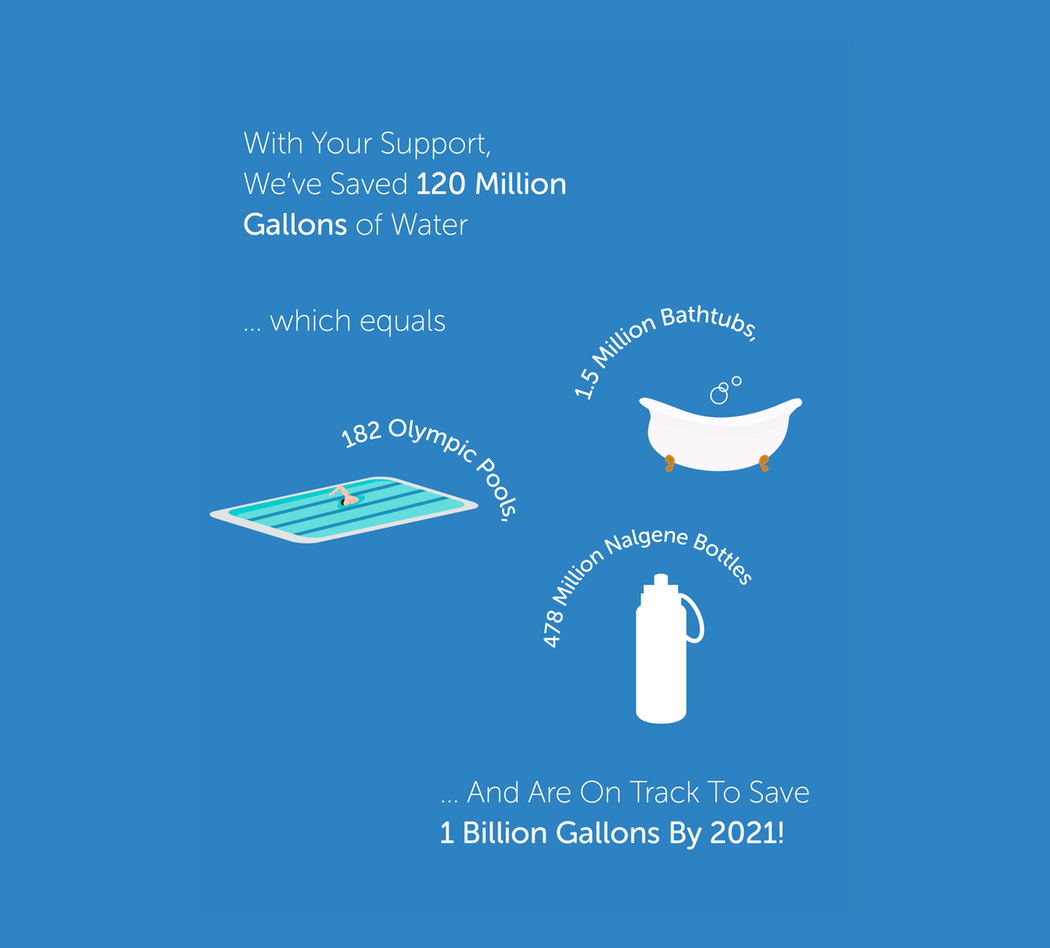 The original Nebia Spa Shower was launched on Kickstarter in 2015. After receiving feedback from thousands of shower lovers and countless hours in the wet lab, the team launched the next-generation, Nebia 2.0, in 2019. With Nebia 1.0 and 2.0, they are proud to say that they have elevated showers around the world and saved over 120 million gallons of water.

Why Nebia by Moen

“We are a small startup with a big dream — to transform the way we interact with water. We do this by building innovative products that people love and that are better for the planet.

70 years ago, Al Moen invented the first single-handed faucet. Now, together we’ve designed a product that will set the standard for the next era of innovation and sustainability.”

By coupling Nebia’s atomization expertise with Moen’s world-class design and manufacturing capabilities, the team has created the most thoughtful, versatile, and accessible shower system yet. The hope is that Nebia by Moen will reach more homes than ever and play a critical role in the ambitious goal to save one billion gallons of water by 2021. The team expects overall water savings to reach 6 billion gallons of water by 2024. 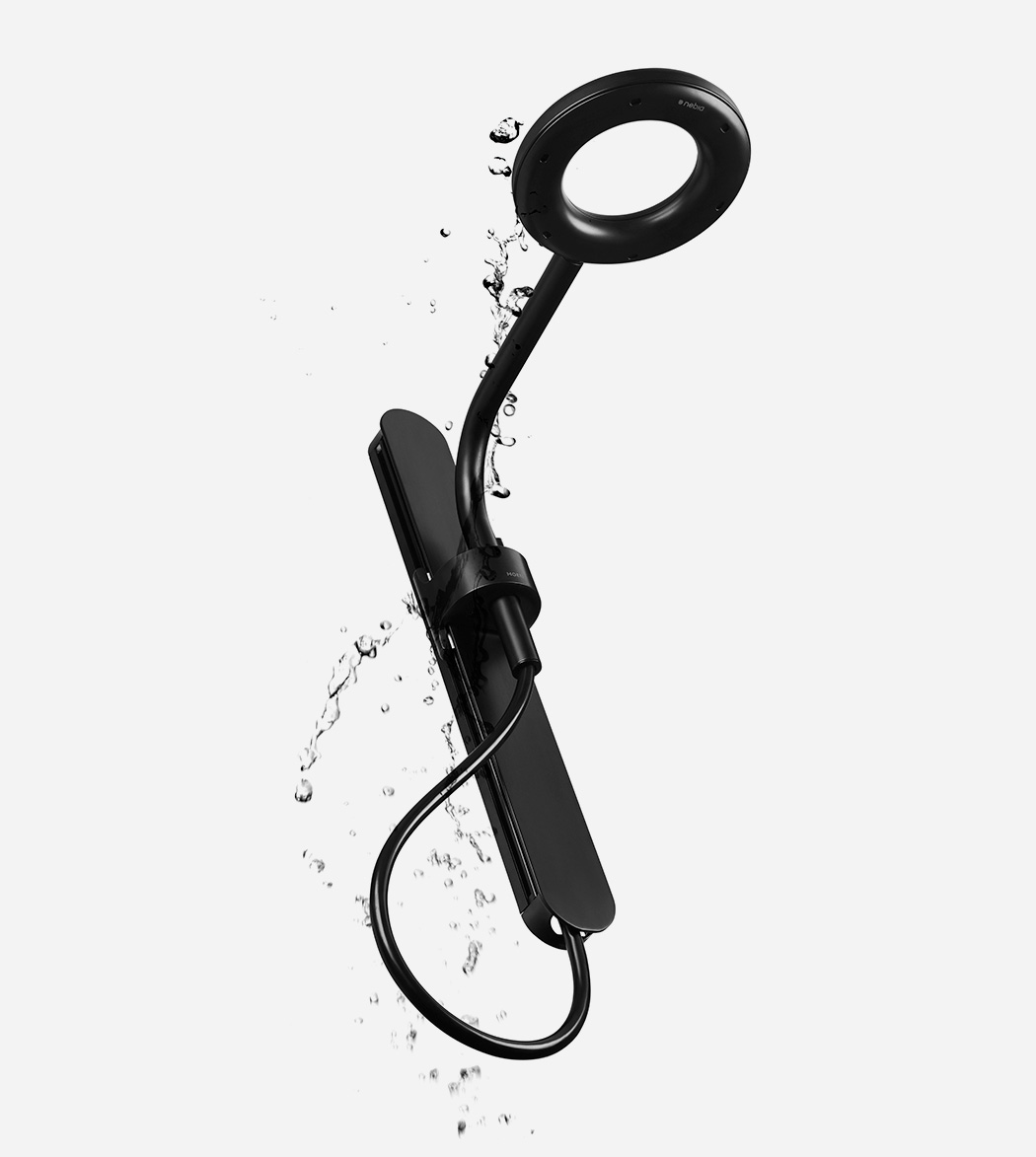 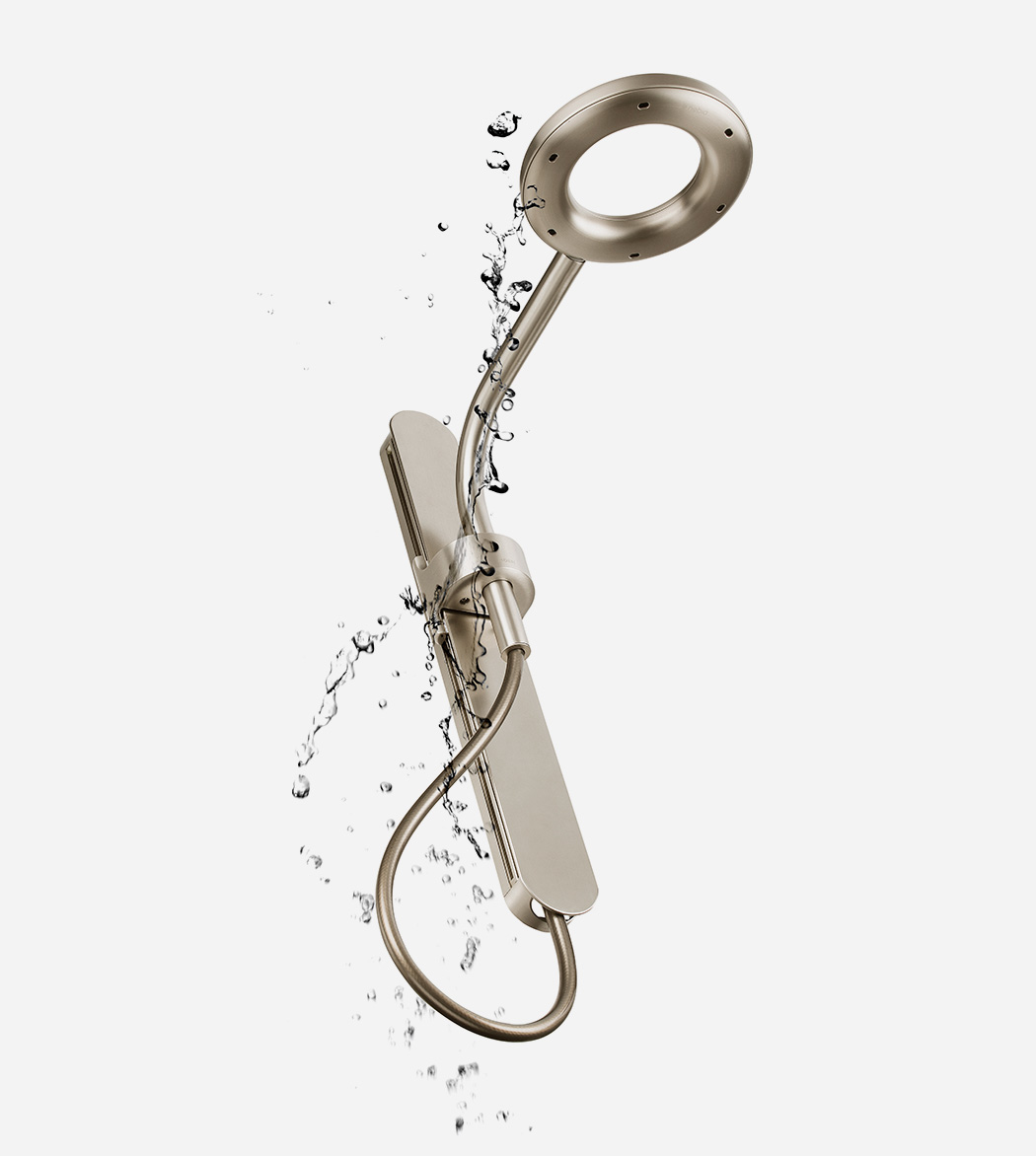 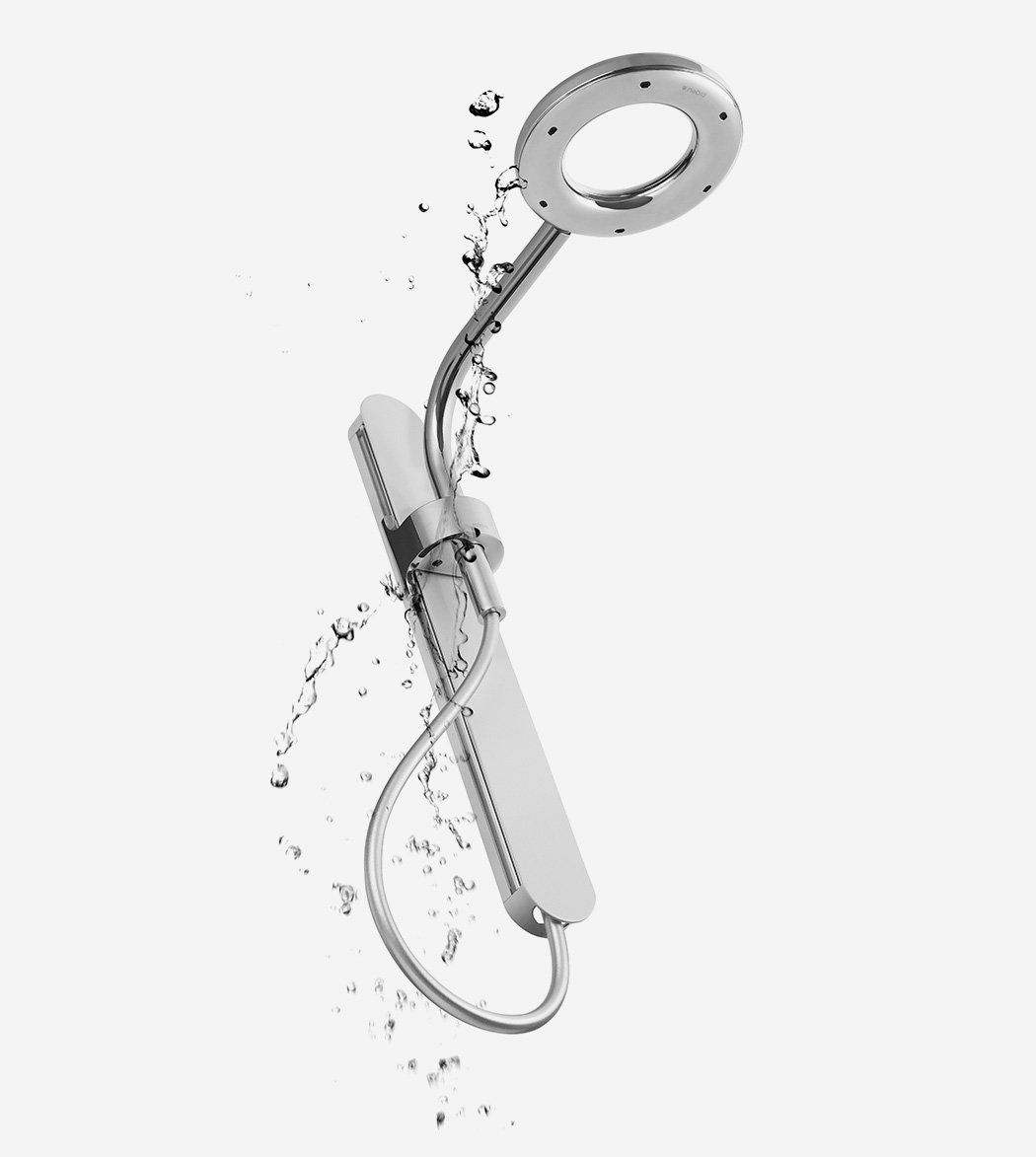 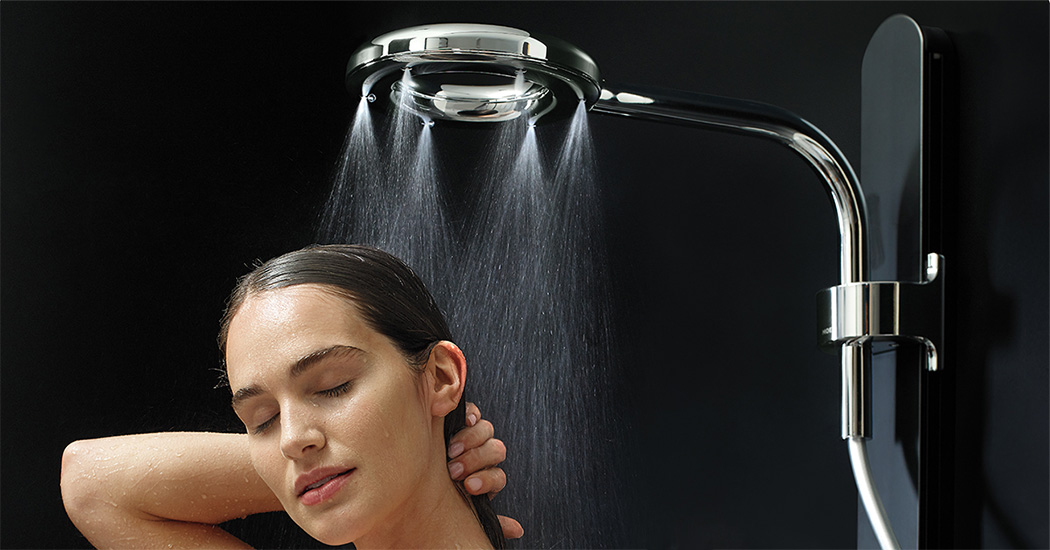 Nebia by Moen has 2X more coverage and saves about half the water used by standard showers.

The team has perfected the ideal combination of droplet size, spray pattern, and droplet velocity that results in the best thermal performance yet, and a shower that feels powerful while also enveloping and spa-like. When compared to Nebia 2.0 the droplets are 61% larger in mass (17% larger in diameter), which significantly increases their ability to retain heat. 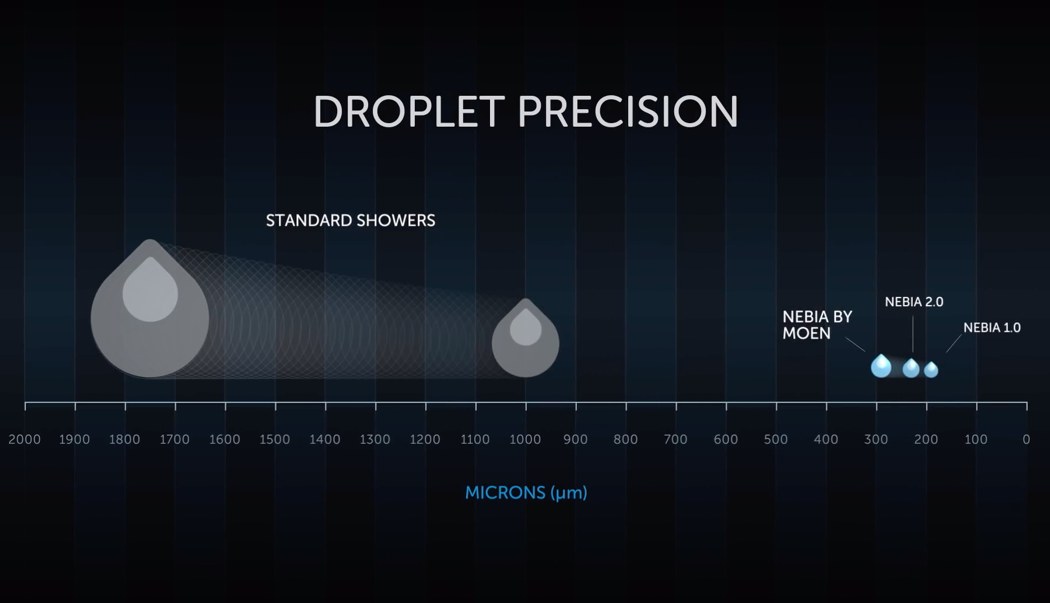 It is the combination of size, speed and location of each droplet that ensures your shower is magical, enveloping, warm and efficient. Nebia by Moen controls more droplets, more precisely, across more showers setups, than anyone else. This control places precise droplets in the right place and at the right speed. 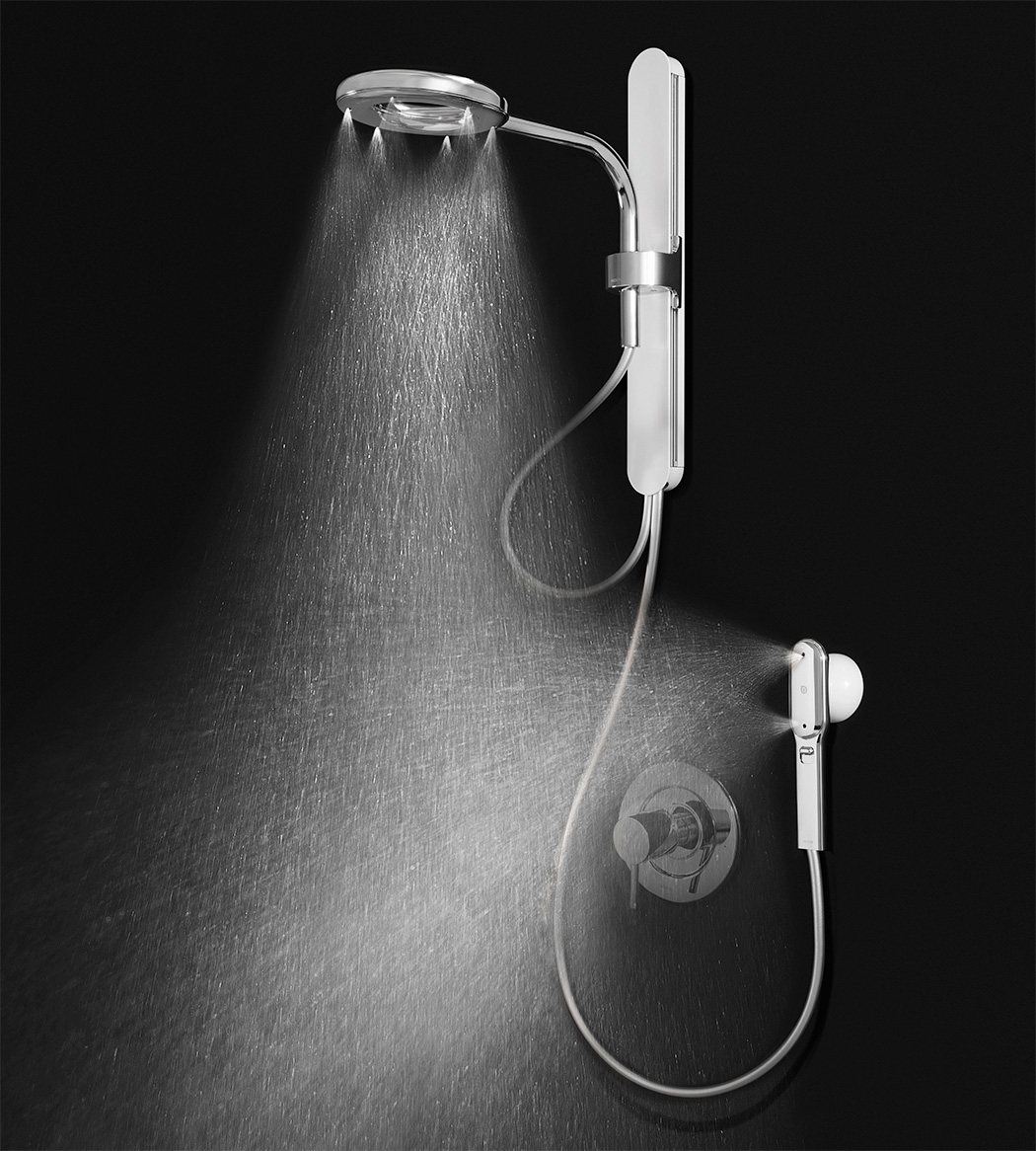 While traditional showers use flow restrictors or regulators, Nebia use a pressure regulator. Instead of limiting the amount of water that can go through your shower, Nebia by Moen controls the pressure to our proprietary nozzle array to deliver the perfect spray across all showers, from a tiny home in the countryside, to a penthouse apartment in the heart of downtown.

Unlike a traditional overhead-handheld combo shower system, which often costs thousands of dollars including extra valves, in-wall plumbing and an expert to help, you can install Nebia by Moen yourself. Simple and intuitive “click together” features assure watertight seals without complicated plumbing tools. If you can change a lightbulb, you can install Nebia by Moen.

Adjustability to optimize your experience

Not only does the Wand complete the enveloping spray of Nebia by Moen, but now the Rainshower is more adjustable to your needs than ever. The shower system is compatible with waist-high water outlets and International BSPP threads, commonly found in Europe and other parts of the globe. 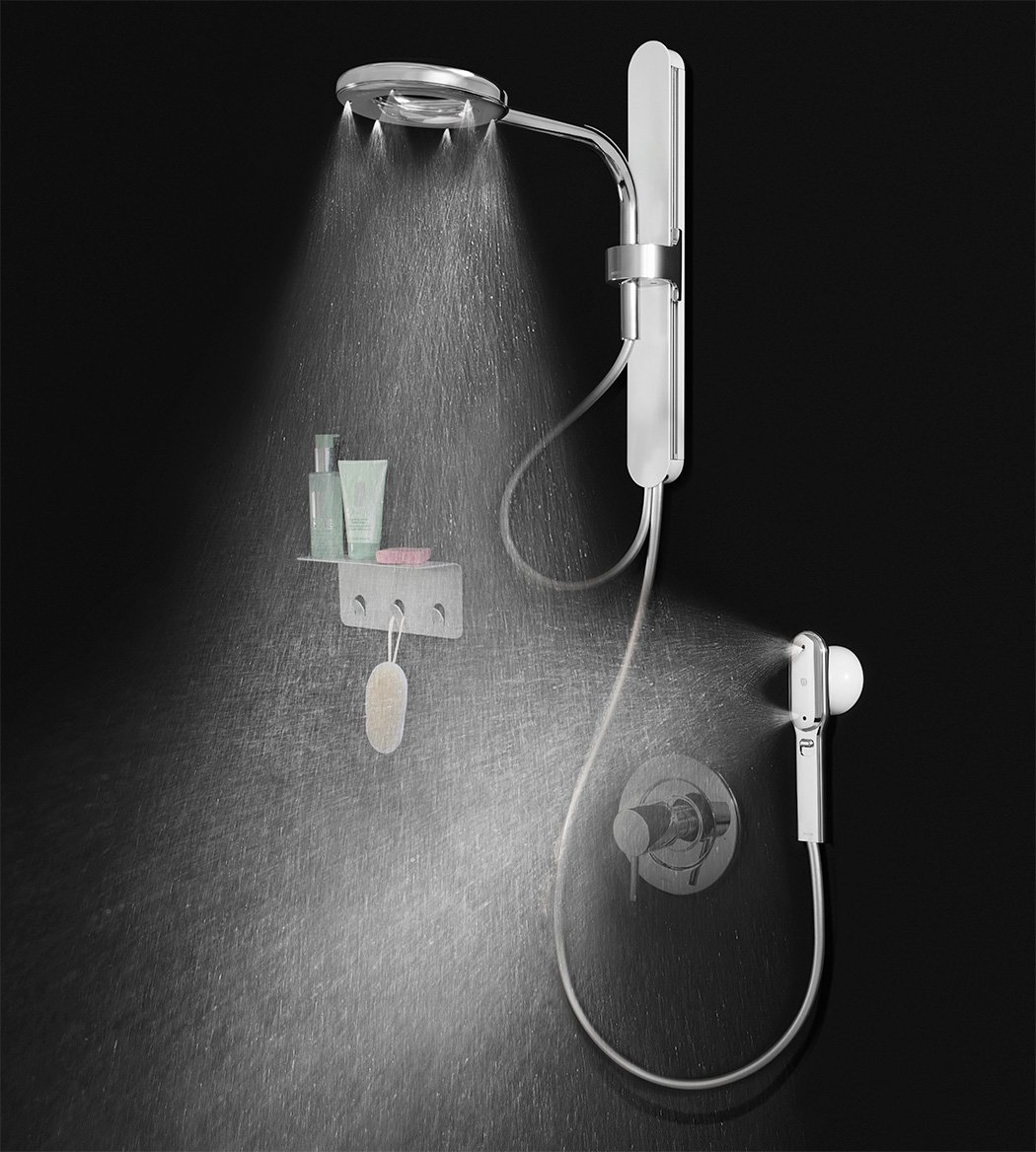 The rounded form of the iPad gives it a very sleek look, but may not the ideal form when using it as a sketch pad…

For the Playboy with Everything, Porsche Design P’9120 Review.

So Much More Than Just A Light!

The Qwnn Light is a beautifully elegant light that can be introduced into a variety of every-day tasks. Heavily inspired by Origami, this folding light…

Get Korean Chic With The Mashimaro mp3 Player

As a sort of dirty mouthed, toilet humor version of Hello Kitty, Mashimaro takes a spot as one of the iconic cartoon figures in Korea….