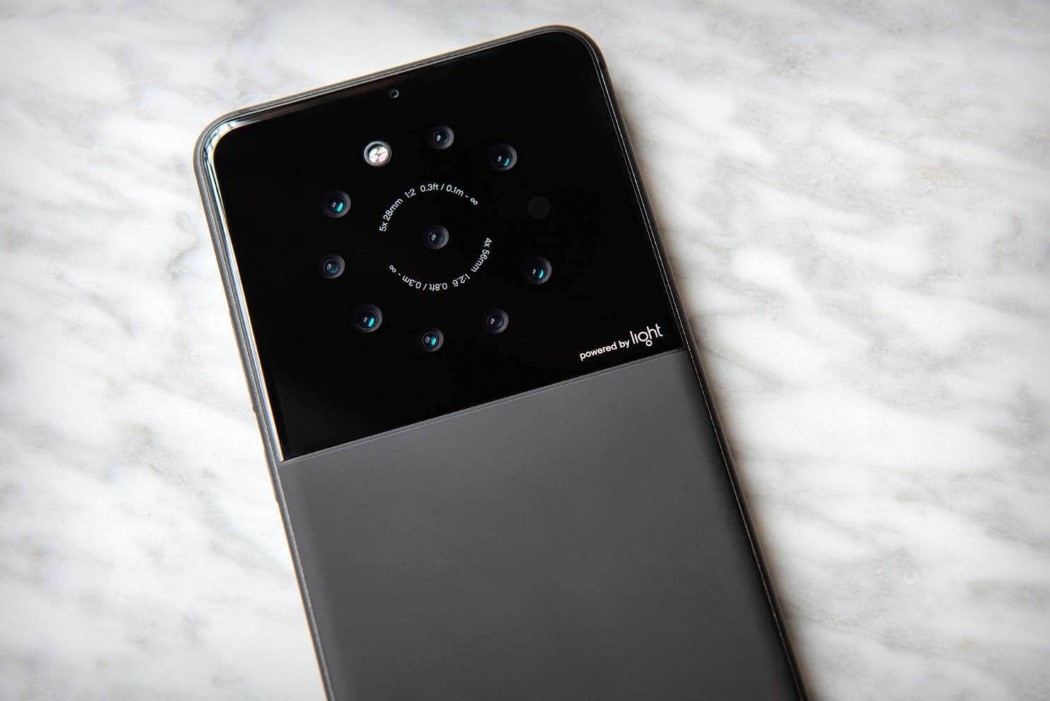 You may remember Light, the company that launched a smartphone-sized point-and-shoot with as many as 16 camera modules that covered the entire back of the phone. The idea was to get the quality you’d expect from a DSLR, not by making sensors bigger, but by increasing the number of them. 16 cameras, as you may have already thought to yourself, does seem like a little too much, which is why Light’s new smartphone (of which we have only a single image) comes with nine cameras, with 8 arranged in a circular format around the primary camera.

Light’s new phone promises to be, unlike its ancestor the L16, as thin as the iPhone itself, and promises to deliver images that would absolutely blow its competition out of the water. The lenses, all together, manage to capture 64-megapixel shots and work remarkably well in low-light as well as high-speed conditions. Nine cameras would also allow you to create significantly detailed depth-maps, enabling your photos to generate much more accurate artificial bokehs/background blurs. The cons of a phone so remarkably powerful? Significant battery drain as the phone struggles to piece together nine images to create an incredibly hi-res photograph… and obviously, the price. Remember, the L16 retails for $1950! Stay tuned for its official release at the end of this year!

This tarp-based wheelbarrow is all kinds of awesome!

Allsop’s Wheeleasy cleverly redesigns the wheelbarrow to be much more than that. Aside from the fact that it folds flat to be stored easily, the…

Not everyone who needs a computer has steep requirements and deep pockets. That said, it doesn’t mean that these people don’t deserve a respectable product…

With companies like BMW, Lamborghini, and Volkswagen on its client roster, the guys at 3E Rapid Prototyping know quite a bit about delivering absolutely immaculate…