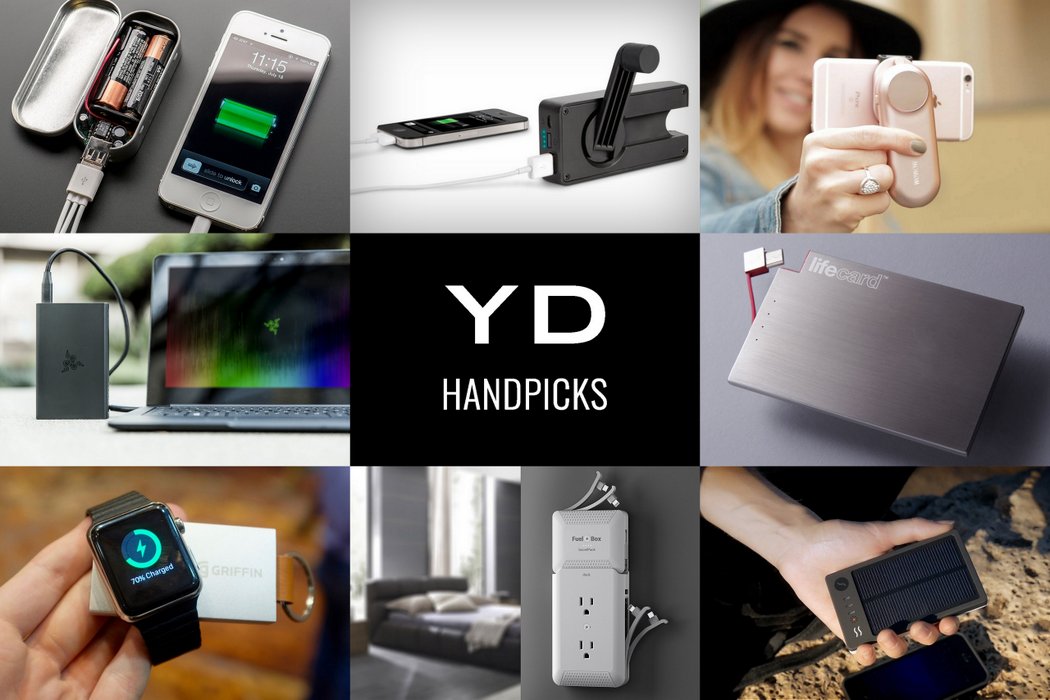 How handicapped do you feel the minute your phone gives up on you because you haven’t charged it enough? You suddenly can’t call for help because when was the last time you saw a payphone on the streets? You can’t navigate home, because you don’t have a printed map. You can’t really book an Uber, so you need to settle for a taxicab (which only works when you see one pass by). Sounds rather unpleasant, doesn’t it? Well, we’re human. We forget to charge our phones sometimes, and that’s honestly why we have Power Banks. They’re the greatest smartphone accessories of all time. Here’s a look at 8 of our choicest, most uniquely capable juice-providers for that smartphone of yours!

1. Mintyboost – Remember when AA batteries solved everything?
Looks like an unsuspecting tin of Altoids on the outside, but flip the lid open and you’ve actually got yourself a Power Bank! The Mintyboost is a DIY kit (you get to build it yourself) that allows you to use two AA Batteries to juice up your phone. Any time you’re in a fix, just buy a set of batteries off the shelf and you’ve got all you need to charge your phone. Want to hack the system? Buy rechargeable batteries! 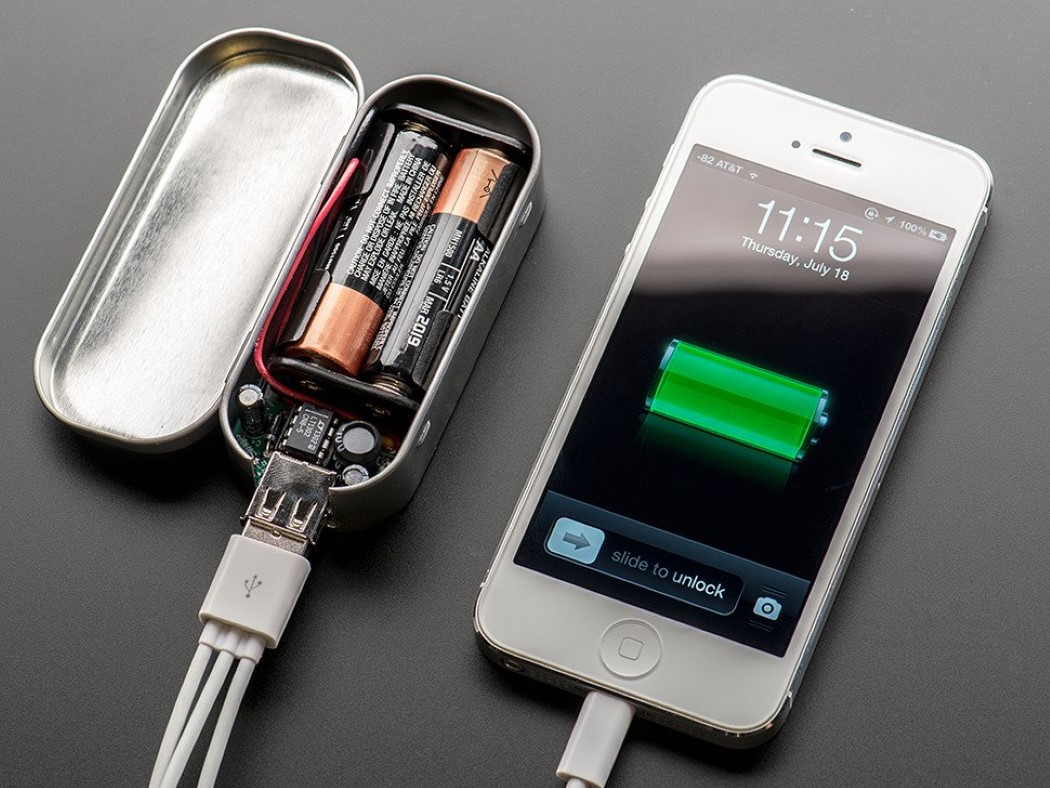 2. LifeCard – Not Visa Power, but Battery Power!
Honestly, the biggest grief I have against Power Banks is the fact that they’re so bulky and block-ish. I don’t carry them unless I have a bag with me, and that pretty much defeats their purpose, doesn’t it? LifeCard, unlike that massive power-brick, is the slimmest power-bank around. In fact, you could ditch your library card and slip this baby right into your wallet. Its 1500mAh capacity will give your phone a decent boost of battery power… Definitely enough to get you through half your day. 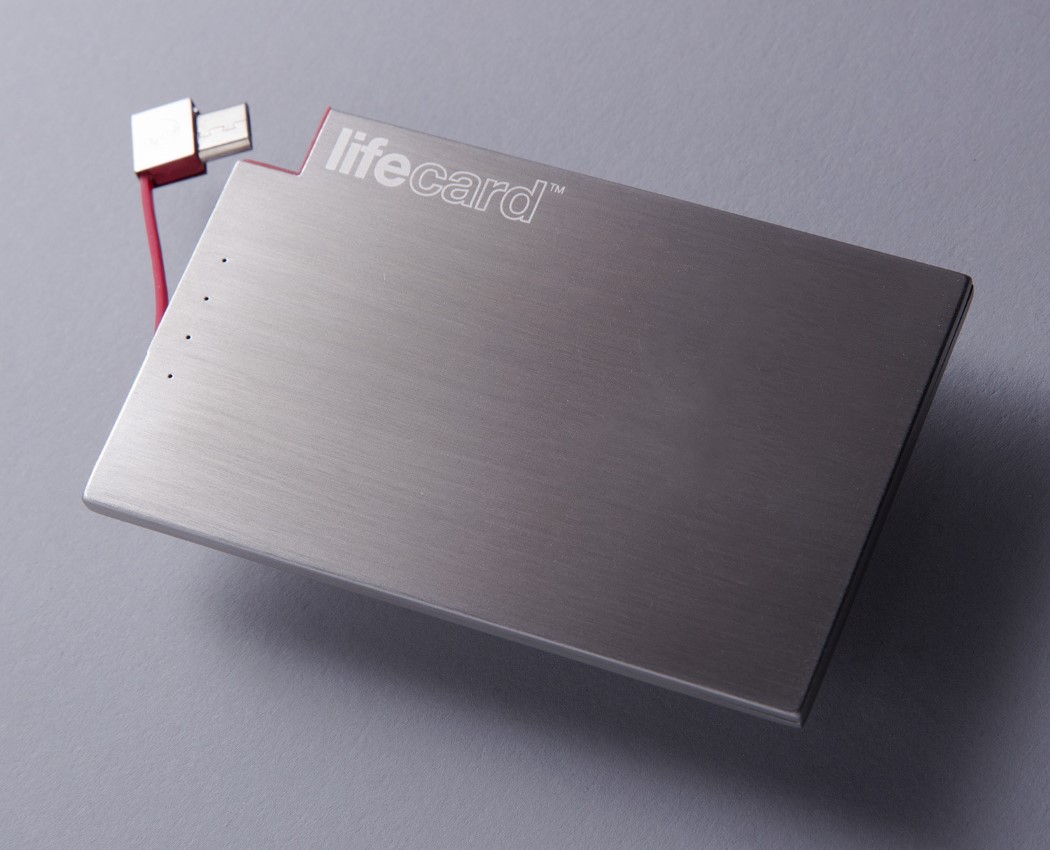 3. Razer Power Bank – Raw, Hardcore Power Unleashed
If you’re familiar with Razer as a company, you know that they don’t build gadgets for the faint-hearted. Everything they make looks and works like a beast, be it their gaming gear, or their workstations, or even their power bank. The Razer Power Bank may just be the most capable power bank of its size, because while the LifeCard above had 1500mAh of power, the Razer power bank has 12,800mAh of power with QUALCOMM Quick Charge 3.0… and guess what. It wasn’t built just for phones. The Razer Power Bank can charge your laptop too, via the laptop’s USB Type-C port! In fact, you could casually charge your phone AND your laptop and even a tablet all together at once! 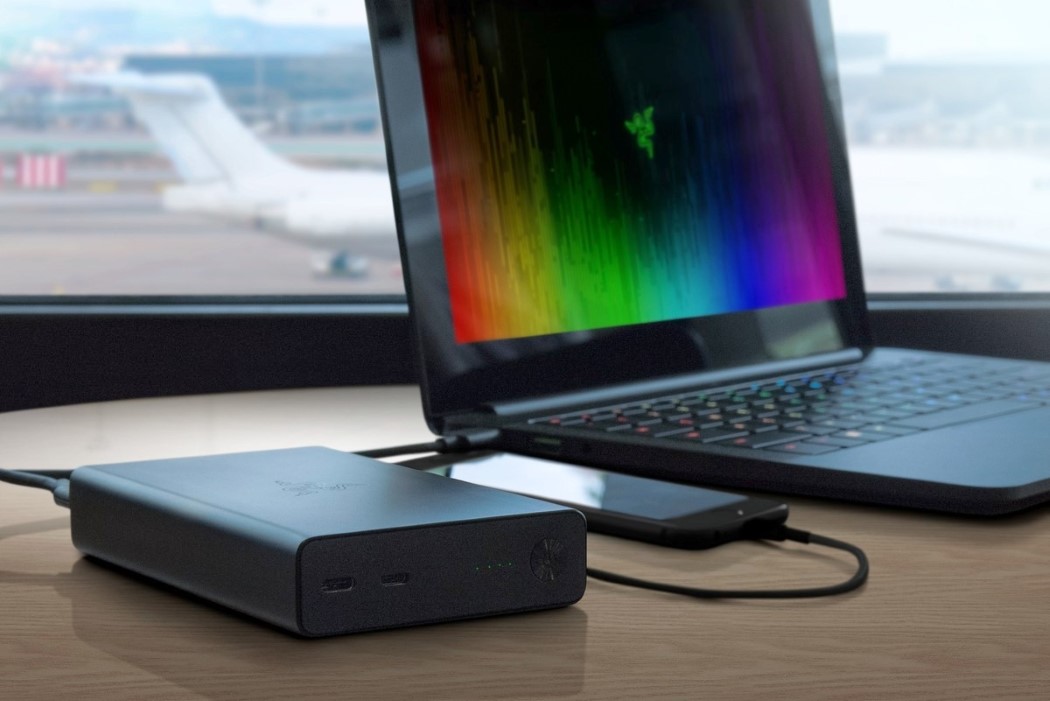 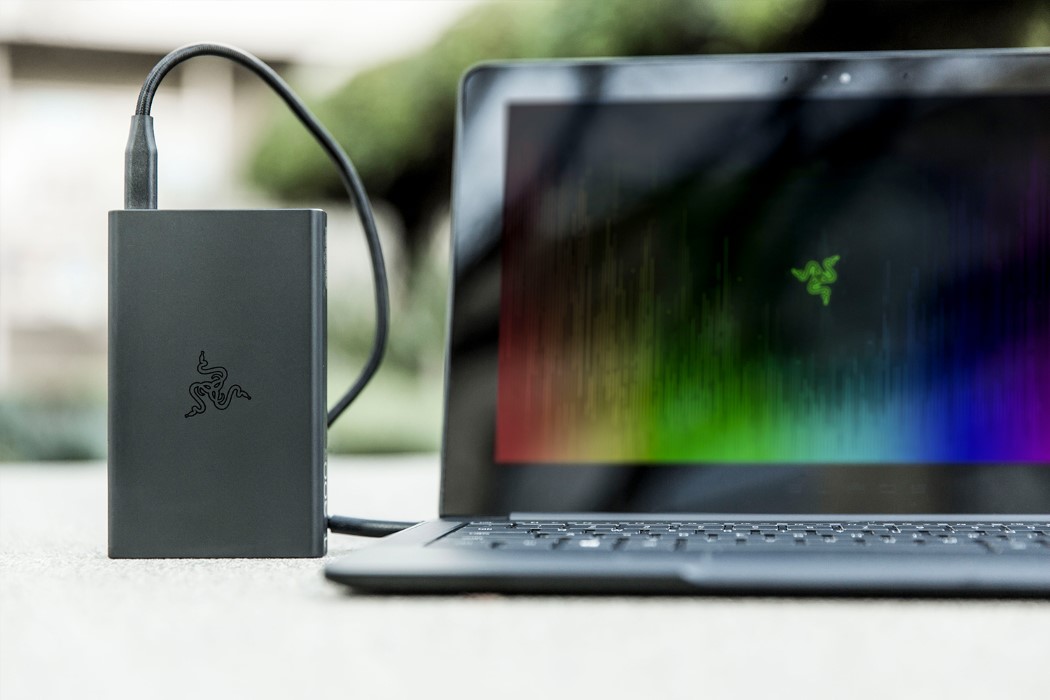 4. WeWow Gimbal Power Bank – Selfie and charging game on point
The next power bank gets the award for being the most talented. It actually isn’t even referred to as a power bank because it does something more impressive. It stabilizes your phone. The WeWow Gimbal Power Bank is literally a gimbal that can charge your phone. Made perfectly for gripping onto any smartphone, the WeWow will give you perfect shots and the smoothest videos, eliminating all the jittering our hands usually do while moving cameras around. Oh, and it also charges your phone. Pretty neat, I’d say. 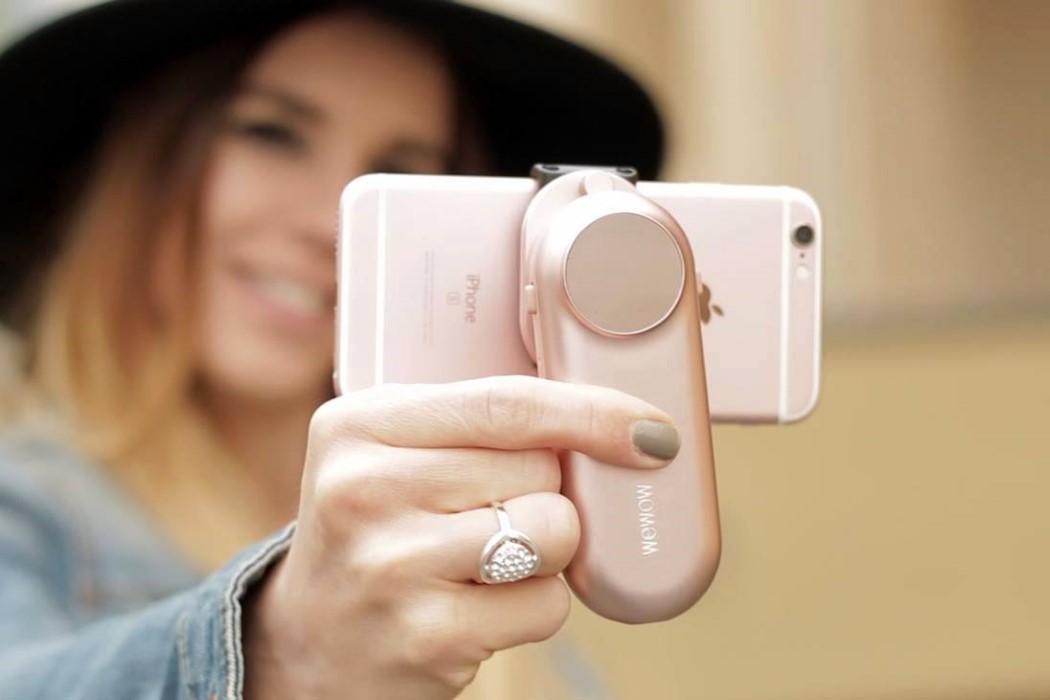 5. Griffin Travel Power Bank – This power bank can be rather “handy”
While I still believe the smartwatch industry is a load of hogwash (oh no he just didn’t), it has one rather unique application for which I’ll give it credit. Biometrics. The sensors on your watch can actively monitor your heart-rate, track fitness, and do all sorts of other things… but like all electronics, smartwatches can die on you too. The Griffin Travel Power Bank fits into that niche scenario with its Apple Watch charging capabilities. Small like a key-fob, the power bank slips right into your keychain, and uses wireless charging to juice up your Apple Watch (2 and a half times). However, it can’t charge your phones yet, but that’s simply because the smartwatch runs on a much less powerful battery than your phone. 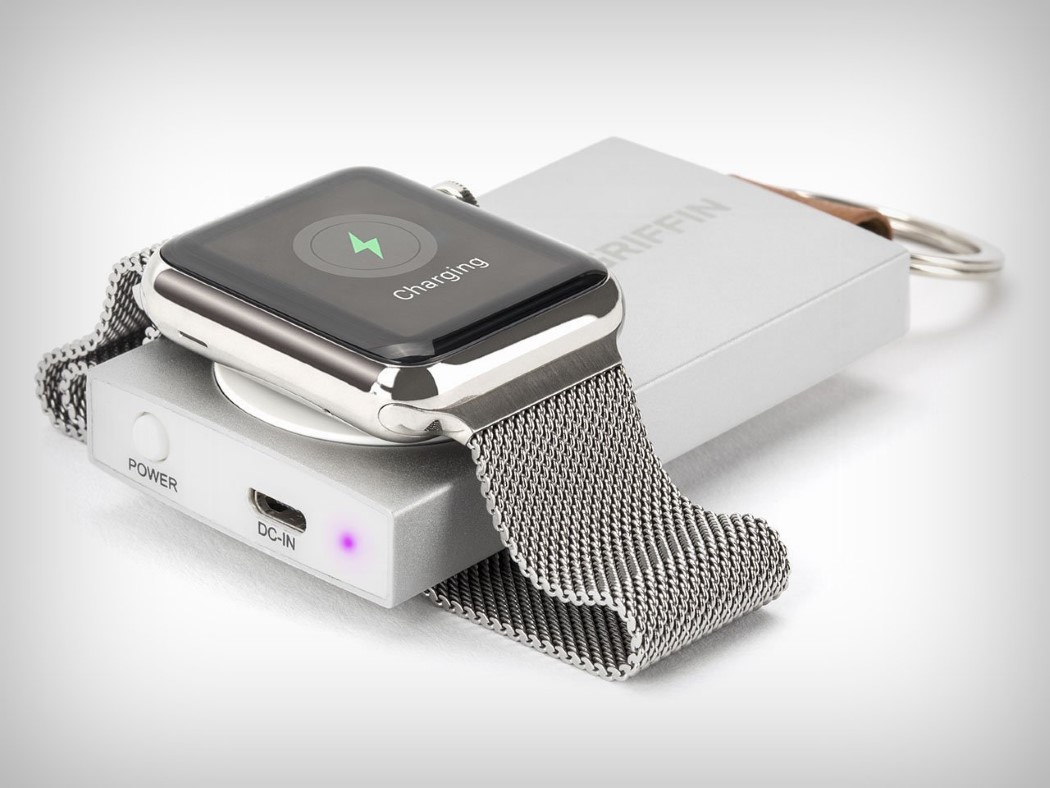 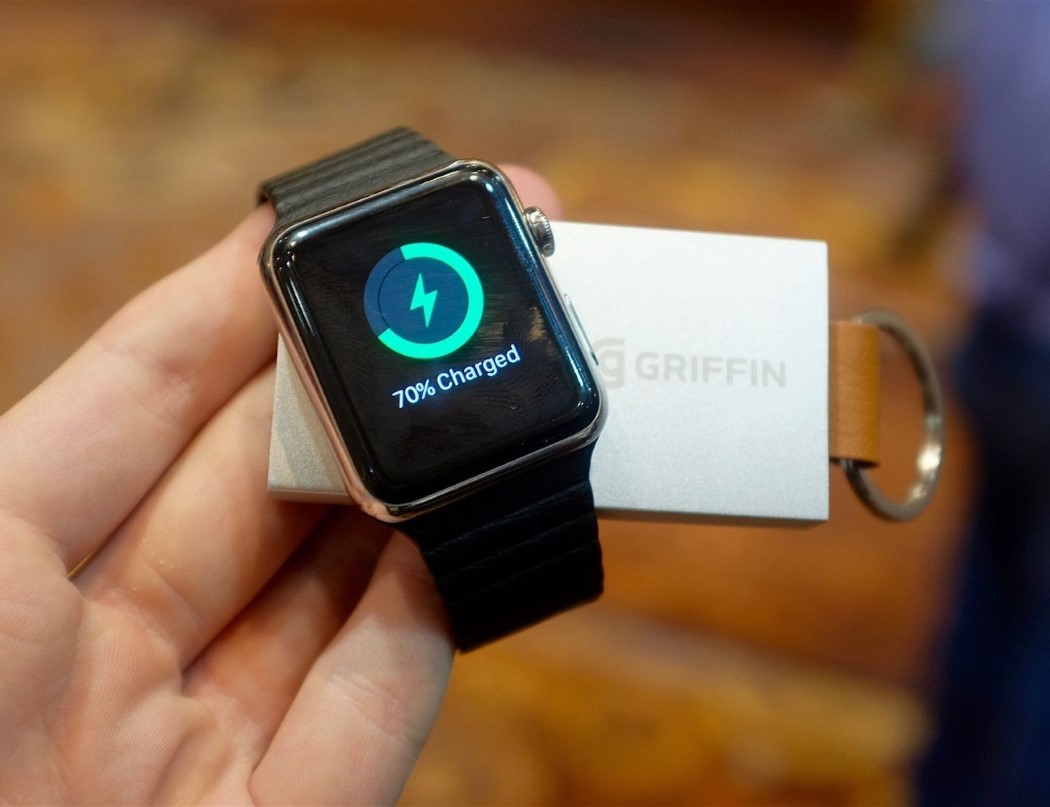 6. Solpro Gemini – Power from 93 million miles away
What good would a list of chargers be without one solar charger? Solpro’s Gemini is a power bank all right, but rather than being machined out of the finest aluminum, it put surface functionality above surface finish. On the top of the Gemini lies a rather capable solar panel, supplying power to not just the 2800mAh power-bank, but your phone itself. And the entire external charger is phone-sized too, for extra convenience. 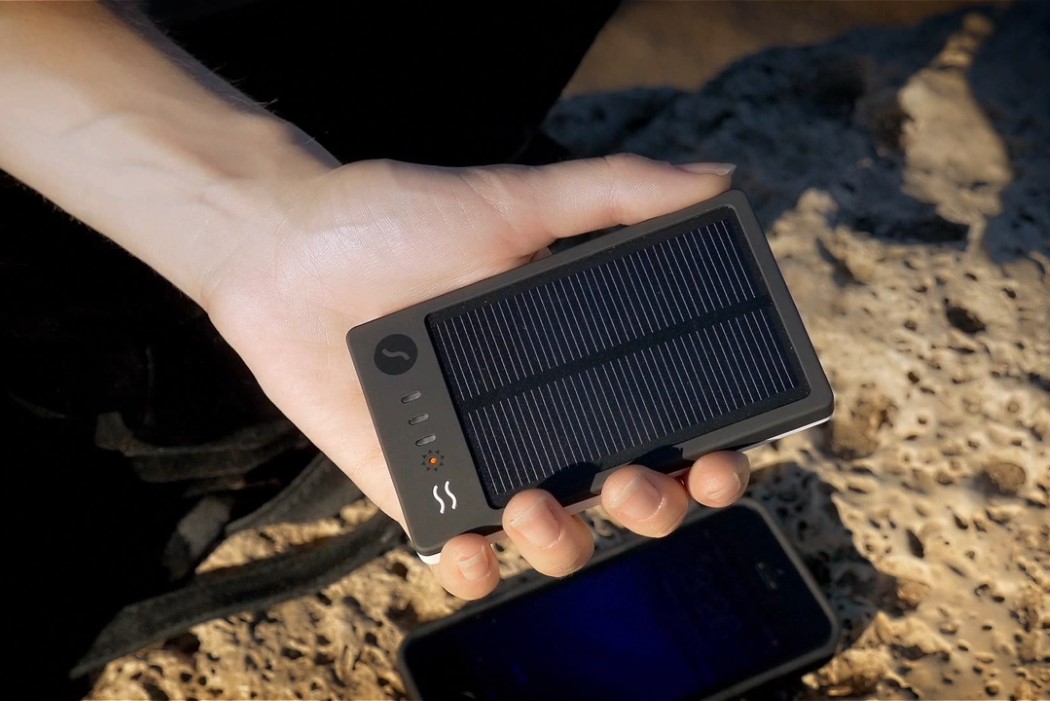 7. Eton BoostTurbine – No power like manpower!
Energy cannot be created or destroyed. It can only be transferred from a hand-crank to a phone, courtesy the Eton BoostTurbine. The next time you’re out of juice on your phone, maybe you could throw that useless fidget spinner and spin the hand-crank on Eton’s BoostTurbine to generate some battery power. While the BoostTurbine comes with a battery of its own, it can be topped off manually too, so no matter where you are or what you’re doing, you’ve got the power in your hands! 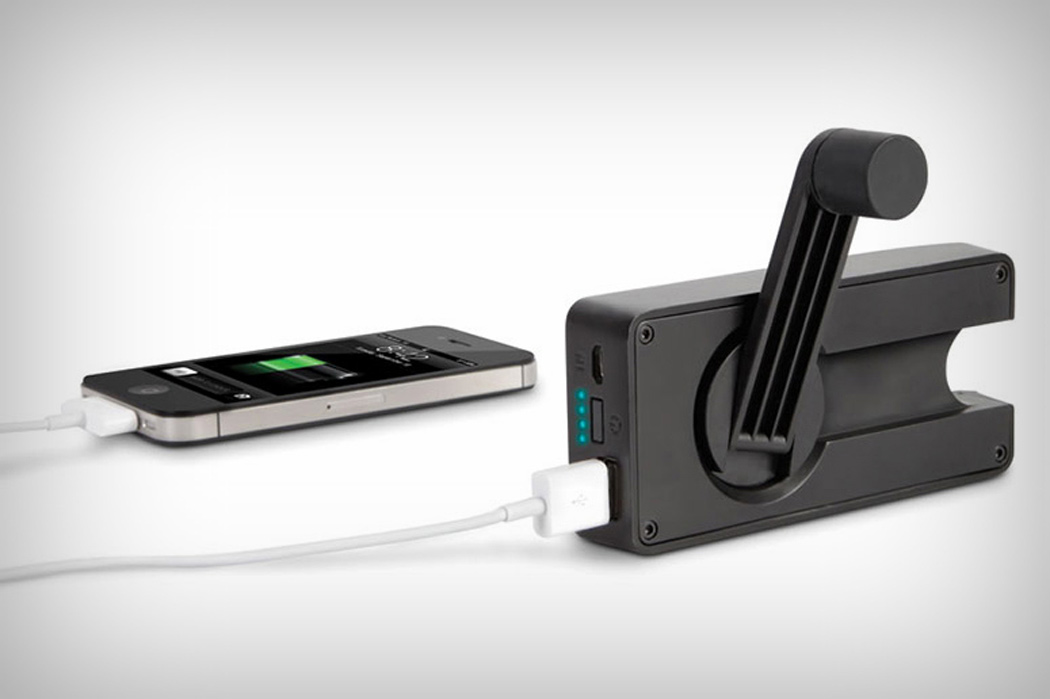 8. FuelBox Ultimate Charging Station – Will literally take care of everything you need to power
We’ve shown the Fuelbox a lot of love before, and left it right for the end here because for something that has the word Ultimate in its name, you have to leave it for the end! The FuelBox Ultimate Charging Station is just literally everything you need to power your electric/electronic gadgets. The product has a Multi Plug for a base (that plugs directly into your power supply) and a 5200mAh Lithium Ion power bank on the top that works with any smart-device. The power bank on the top is detachable, while the multi-plug base stays plugged into your socket permanently (the bank comes with magnetic snaps that not only hold the power bank in place but charge it too), allowing you to use it independently too. Cables for charging your smart devices are integrated into the design of the charging station, which means you won’t need to worry about forgetting cables, or having to deal with tangled cords. Multiple birds, one stone… 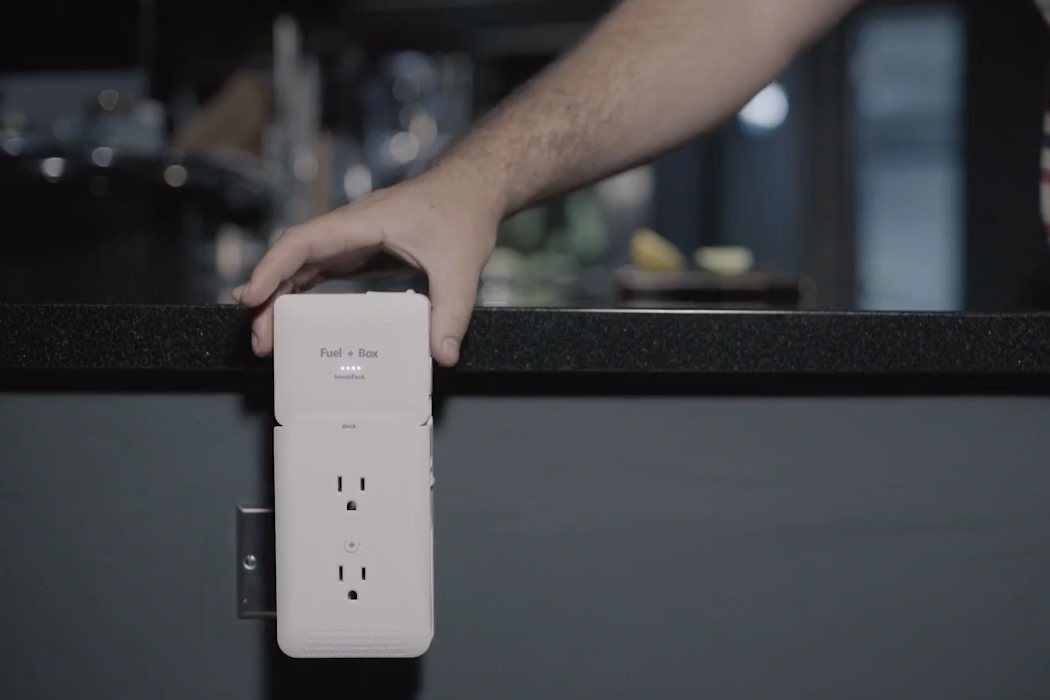 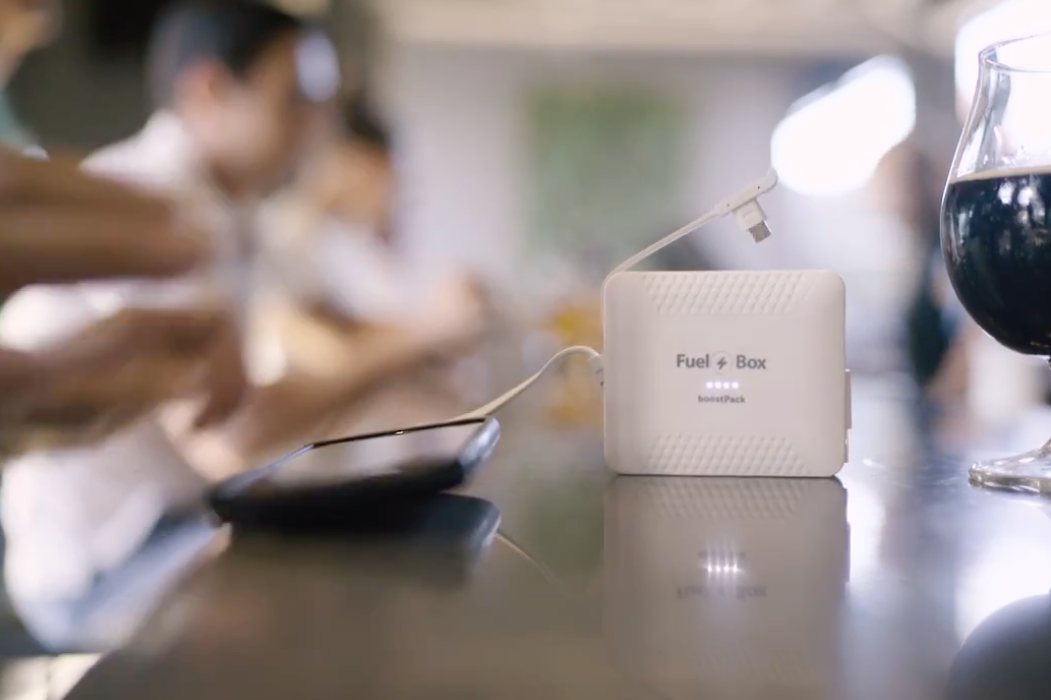 A Vase with Added Character

This beautifully crafted and elegantly designed Vase is the Sparrow X Vase from Haoshi Design. Interrupting the imperfection-free body of the vase are two intricately…

I can’t because my eyesight fails me! You don’t need to be an old hag to have hypermetropia. Any generation can suffer from it and so…

This Maserati’s roofless design is a stunningly muscular concept that makes the MC20 seem ordinary!

If you’re drooling over the Maserati MC20 launched a couple of months ago, reserve your charm for this concept Maserati designed by Samuele Errico Piccarini….

In the past couple of years, the definition of the office environment has drastically changed. We are more rooted to our seats than ever before…