The concept vehicle you are about to embark on a read and viewing of is the “Urban Vehicular Ovalon” aka UVO. This concept car for the futuristic year date of 2021 is what I’d call a pod car. Made for inner city commute by designer Alexei Mikhailov. The UVO sends you around the city in an oval form with two parallel axis, moving about using magnets tied with drive-link technology to either tie pods together for train-like transport or avoid other pods entirely. Not only will there be no congestion, traffic will cease to exist!

The vehicle features fuel cell technology using electric motors in each of the wheels. These motors are tied in with magnets which act as stabilizing gyroscopes in keeping the vehicle upright in both moving and braking.

Wireless energy transformers work with recharge parking hot-spots located all around the city. They recharge the vehicle using electromagnetic induction technology while you’re having yourself a coffee.

Then of course there’s the holographic head up display projection, completely wild new interactive interior for control of the car and a “new driving experience of 2021”, which probably means you’ll be able to watch Star Wars 7, 8, and 9 in there while you go to work. In addition to the auto controls of, for example that train situation I just mentioned, there’s also motion sensitive arm holsters – which would make for some very interesting races or demolition derbies in this future world, I must say. 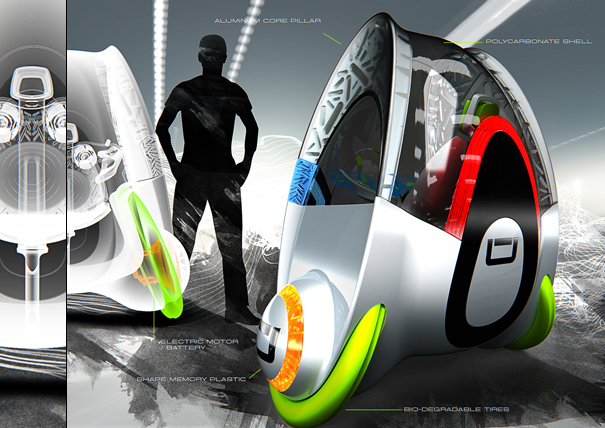 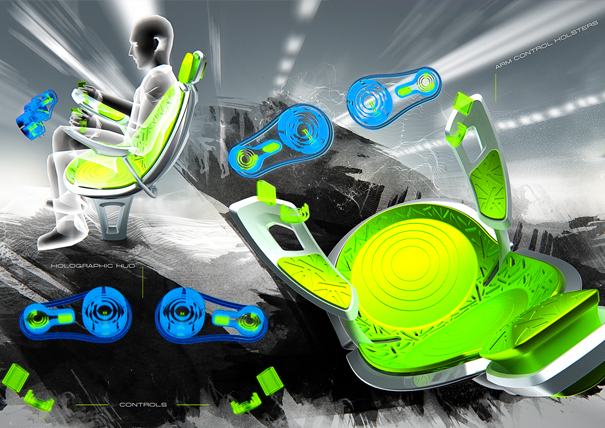 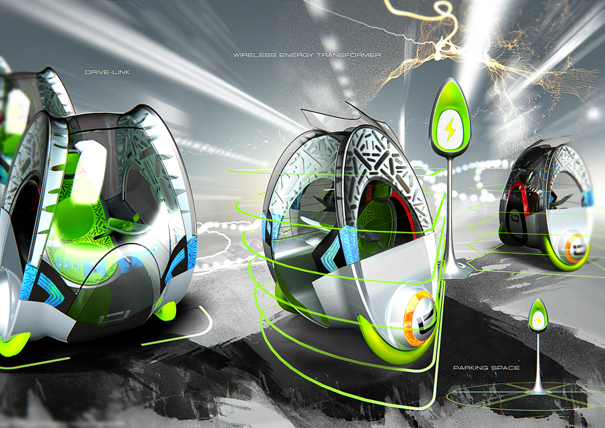 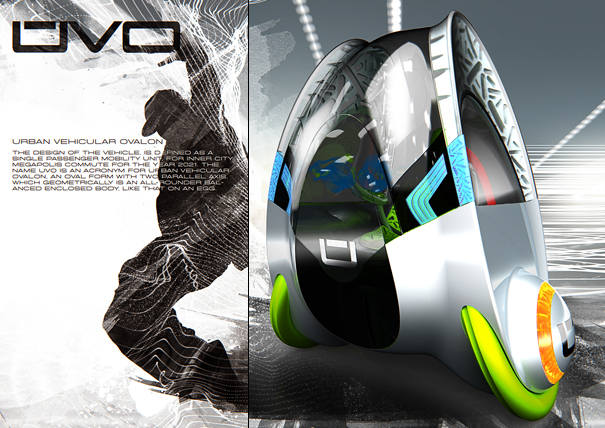 The Power of Cross X

The Cross X is a low-cost hybrid bicycle designed for the rapidly urbanizing countries. It hopes to be that mode of transport, which is cost-effective,…

Smooth… giant… elegant… aggressive… those 4 words were the inspiration behind Shahin Aliyev’s personal vision for a future cargo carrier. Called the CASPI Truck, this…

At first thought, the idea of an autonomous race car seems like a hard sell. However, that all changes when you see what the cars…