Let’s talk about the future of Harley Davidson. Motorcycles from OUTER SPACE! And what does that mean? Laser cuts. Laser cuts all over the place. Options. Wheels. Great things. All of this under the title “2020 Harley Davidson 1,” designed by Jonathan Russell. There’s other features, like two ways to sit, greatnesses here and there, but the most fabulous of these is the Apple Computers inspired laser-etched perforations in the aluminum which gives translucency enough to let the LED lights underneath shine through.

As Russell notes, the perforations are evident in the newish Apple Macbook Pro, which has the “no-light-when-off” but “shiny loveliness when turned on” features that we all know and love. This is used on the cycle to display gauges and GPS systems on the gas tank surface. In a similar move, the perforated aluminum behind the seat hide and reveal the tail lights and turning signals.

Wrapped two to one exhaust. Perimeter breaks for ultra-stopping.

Due to the long history of flat track racing Harley’s got and the designer wanted to represent, this motorcycle’s got such a power to weight ratio as to rip it up with extreme speed on roads across the country. 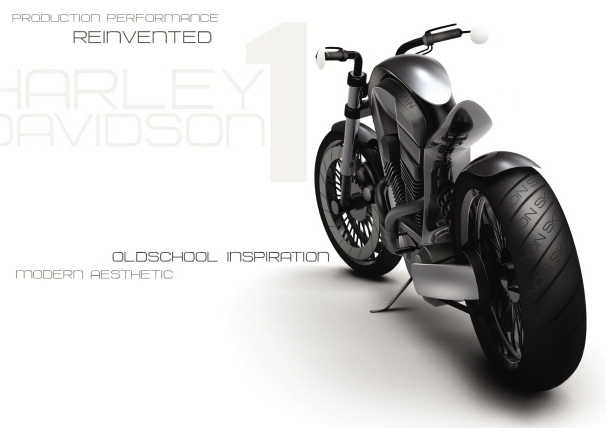 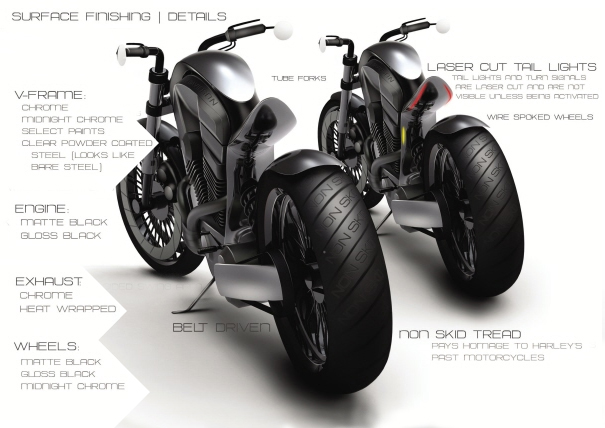 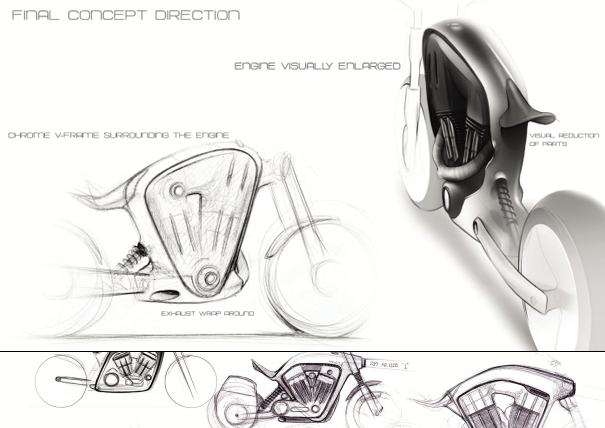 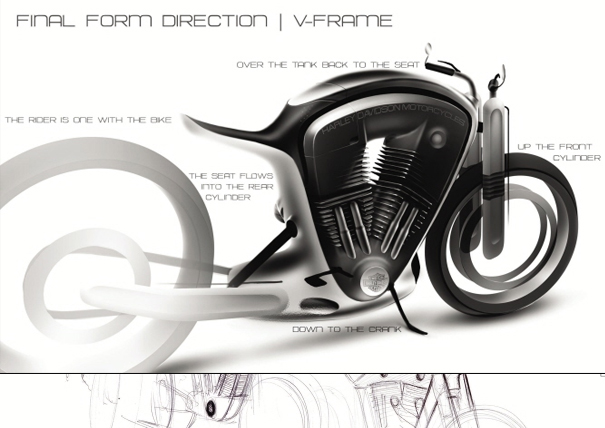 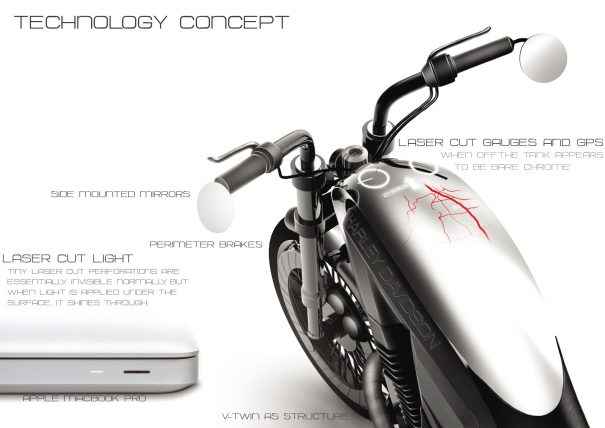 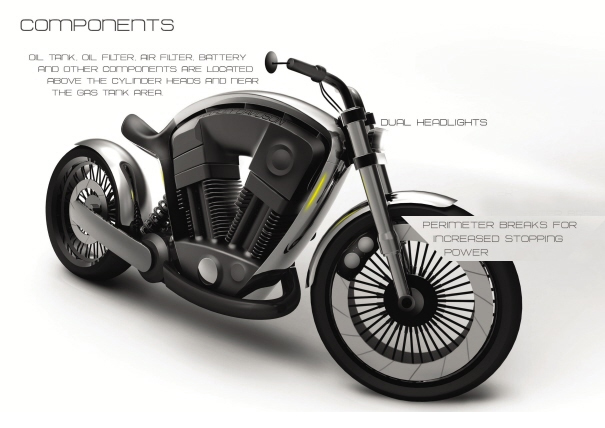 Case for my Bike Butt

There can never ever be too large an amount of inventions to work with the greatest of these – the bicycle. Today’s design is a…

Fed up with a tiresome train commute in his local Sydney, designer Richard Heath designed this modern city commuter, the BlueSkyBike. The electric assisted, folding…

This bike might just look like it has a set of cool-looking rims, but those rims are actually an innovative shock and tire system designed…

Honda 2040 NIKO comes with a tiny Ai assistant, taking the car from a vehicle to your friend!

A Honda autonomous vehicle bot with a compatible AI assistant, conceptualized for the year 2040 where companionship with robotic machines is going to be a…