What’s 12 inches tall, 24 inches long, and gives you tips on boat invaders? Not space aliens. Not a flying dog. A tiny helicoper spy by the name of “Crows Nest Anti-Pirate UAV!” It will let you know, right away! If there’s any pirates on the way. Meant to fly rings around your ship as you float along the sea, minding your own business. If it detects anything large enough to constitute a boat inside it’s defense perimeter, it sounds the horn!

Because modern pirates use tactics that include speed-boat attack swarm speed, you need something a lot more wild than Johnny Seagoggles looking out while he’s not playing Gameboy. You need this Crows Nest helicopter baby to fly auto around on the watching tip!

After the alarm is sounded, the UAV observes the attacking ship(s), using lovely visual camera technology to report back to the mothership while they prepare for war or running away!

Don’t get caught on the Hi-Cs without it! 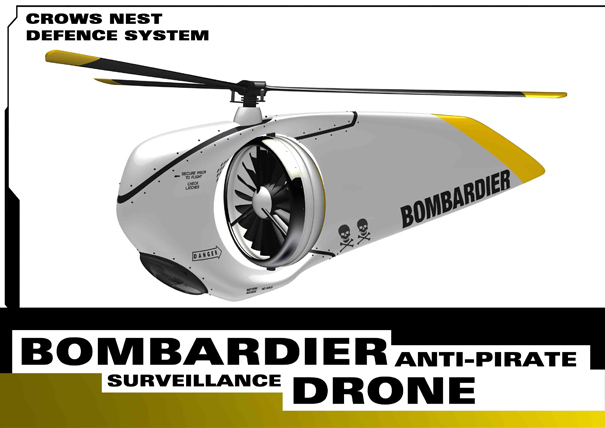 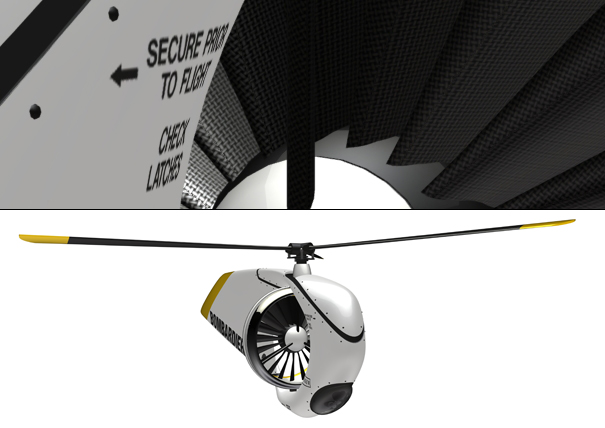 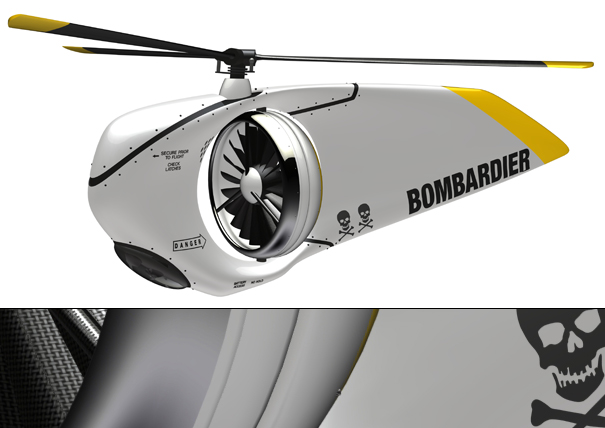 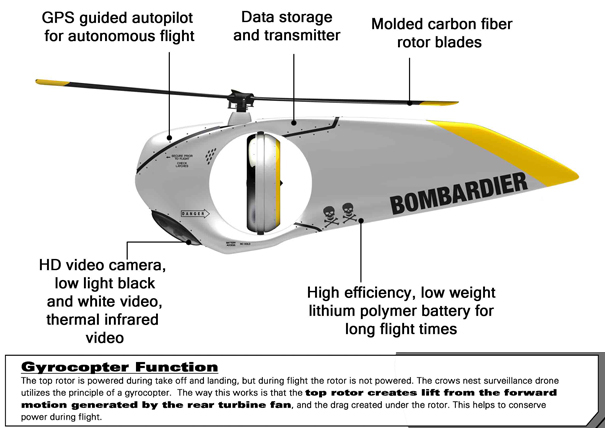 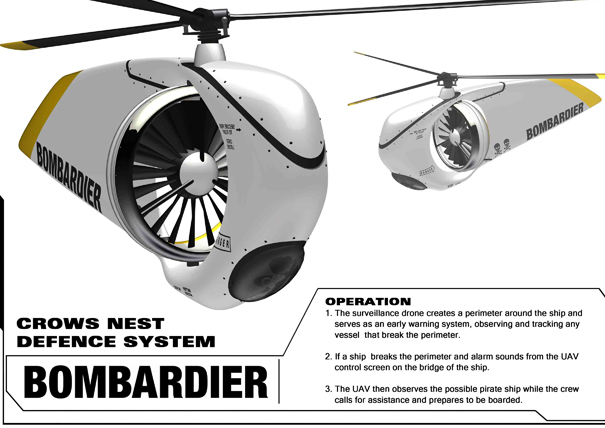 Is That Whiskey You Talking To?

The weirdest of things can inspire designers and this one really takes the cake. Either Juyoung Kim really loves his drink too much or he…

The Easystir is an automatic stirrer that allows you to pursue other work while it diligently looks after your dish. Foods like soups, broths and…

War Of The iPod DJs