So! Winter is well on it’s way. There’s no way around it. As the world turns, so do the seasons *unless you don’t live in Minnesota, and you’ve got to understand that camping season is almost over! So make the best of it with the greatest tent invention since the tent itself: the tent connection device. Called “Abri Socio” by its mad-scientist creator, it will change the way you camp… FOREVER!

The mad scientist who created this camp-changing device is named Becky Greenwood. She’s got this idea that will bring camping people closer together without sacrificing their privacy.

It works by connecting two “two man” tents with a helpful storage container for tools and crackers and beers and such. Once camping is complete, the bag functions like a normal “extra” camping bag, creating a larger space to hold the tent than the bag that it comes with, making it twice as fast to pack up. 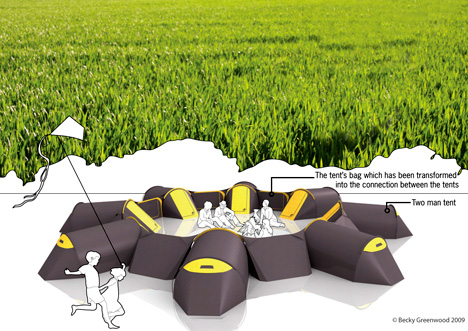 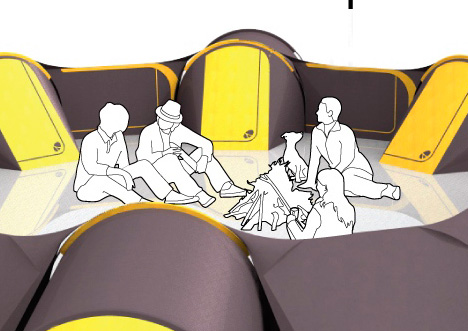 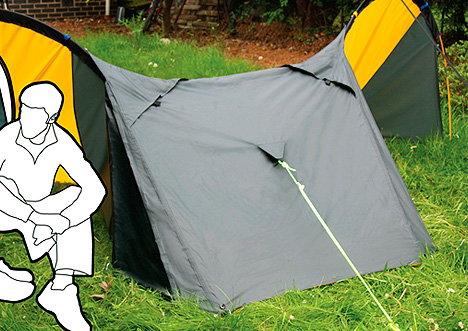 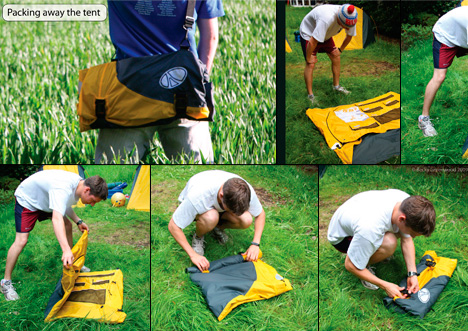 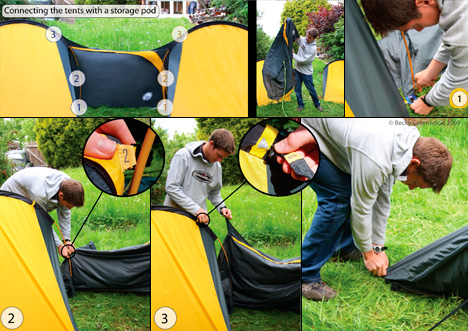 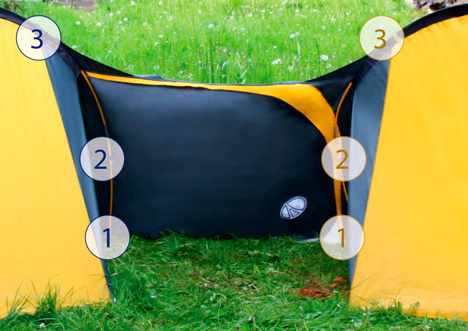 The Sunflower Lunchbox is a cute solar-powered appliance that heats and cools food items at the same time. A collapsible petals-like contraption (laced with solar…

This portable outdoor chair takes seconds to set up and is ready for any adventure!

Dubbed the Tripster, this unique portable chair from Trippy Outdoor is a convenient little piece that you can stash in your garage or the back…

Designers Daniel LiCalzi & Paul Genberg got sick of looking at all of the ugly air conditioners sticking out of people’s windows in the summer,…

Who Knew the Swiss Army Made Stoves?

They DON’T. But designer Ryan Cavenagh would like to imagine what it would look like if they did. Here, in a project he’s done his…