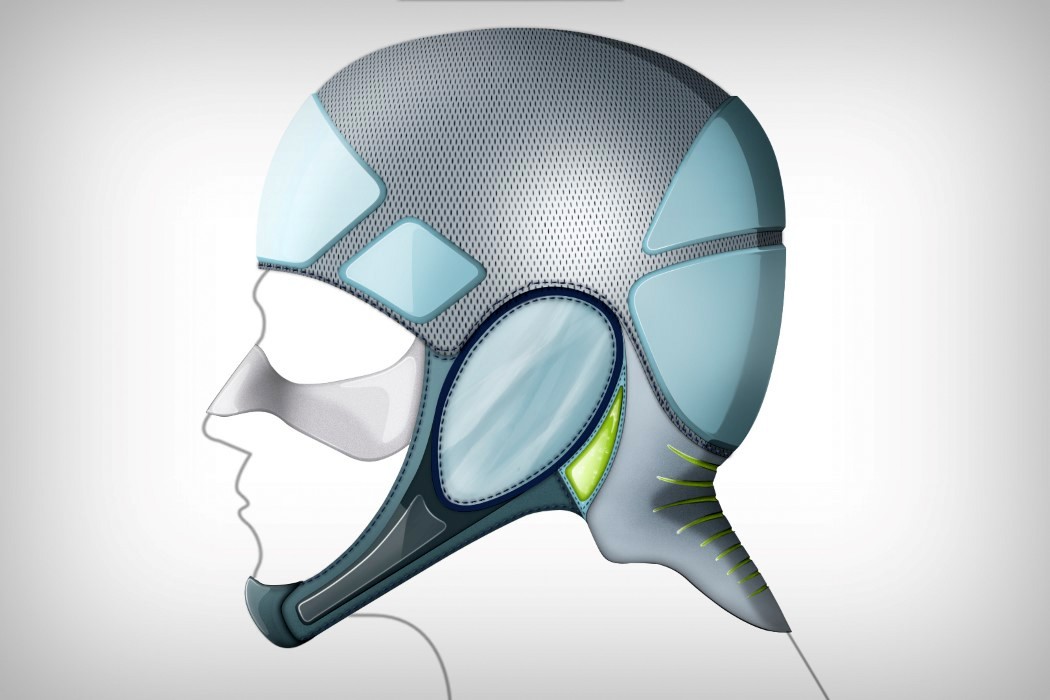 I don’t think I’ve seen that many surfers wear helmets. Honestly, every sport comes with dangers and it’s just a good practice to keep yourself safe. Surfers for instance have a 75% chance of hurting their heads against the surfboard itself.

Designer Camille Morelle took it upon herself to design a helmet for surfers that’s different from the ones existing in the market. The helmet design, named Surfety is a flexible wearable, which makes it much easier to fold and carry around than the hard helmets out there. Despite its flexible design, it does a great job at impact resistance, thanks to the gform pads on the surface that are the best when it comes to shock absorption (GForm makes iPad cases which they have tested by dropping from the edge of outer space. You can watch the video here.) The rest of the helmet is made of a breathable mesh fabric that makes sure to constantly release body heat being generated under the helmet. Ear pads cut off wind entering your ears, preventing chances of ear infections, and right below them are emergency vials containing a fluoroscent liquid that can be released in a moment of emergency to alert people of your whereabouts.

The Surfety seems like an incredible solution to a problem most people overlook. Safety in any sport should always be of paramount importance, and good design always helps not just save lives, but also create an awareness. Plus, the Surfety could be a potential game-changer by capitalizing on a market that is incredibly limited and new. There aren’t many surfing helmets out there, leave alone good ones. Surfety is a step in the right direction in that regard! 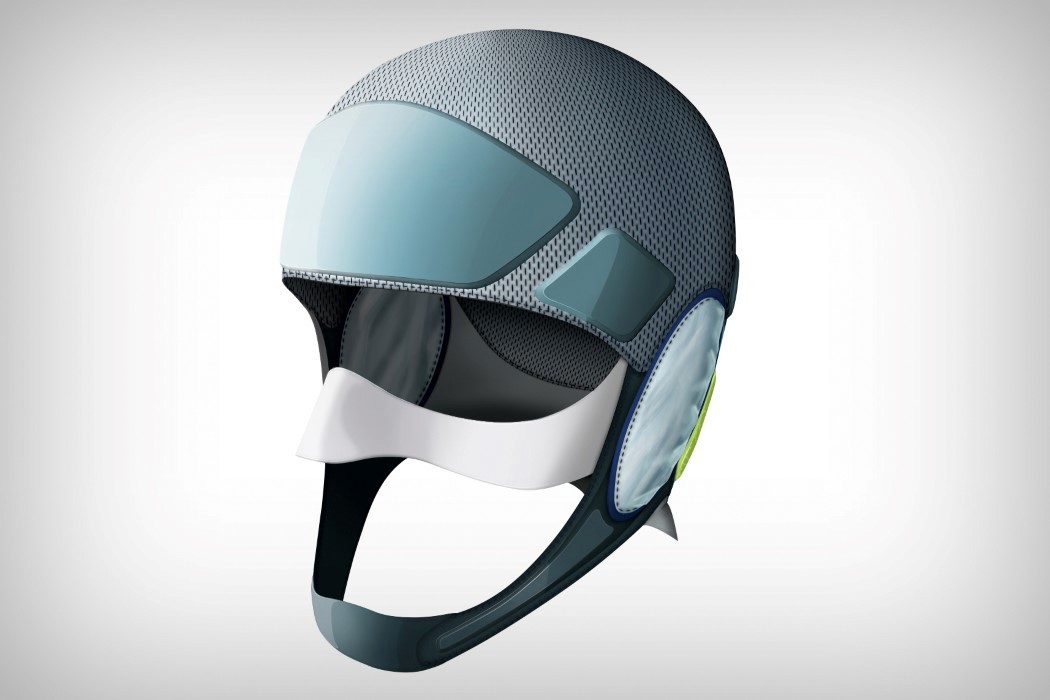 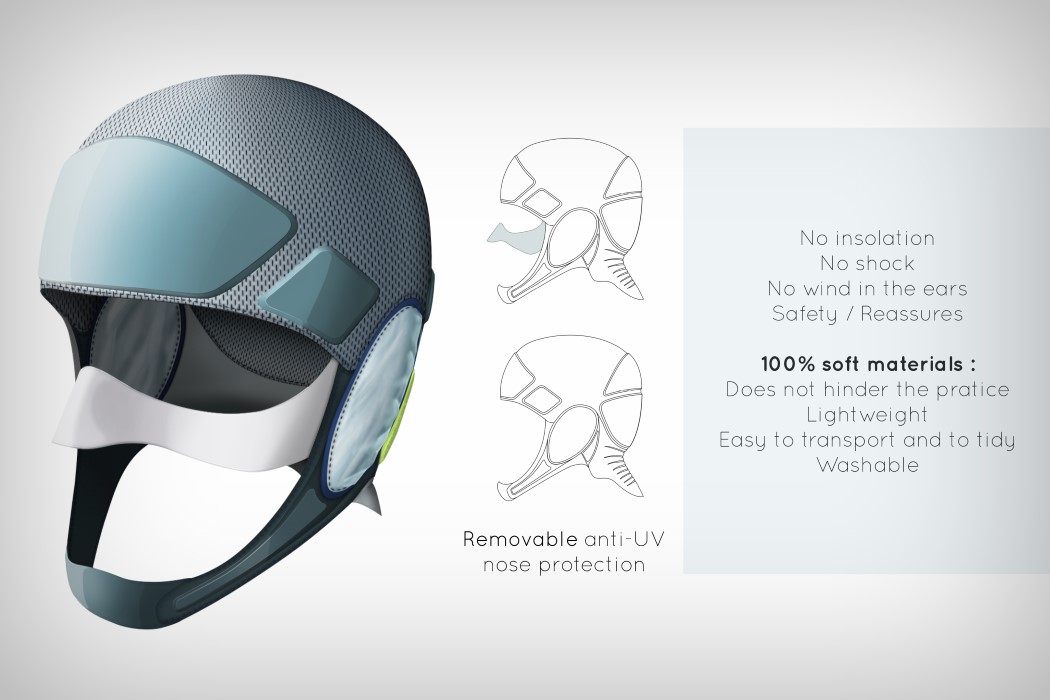 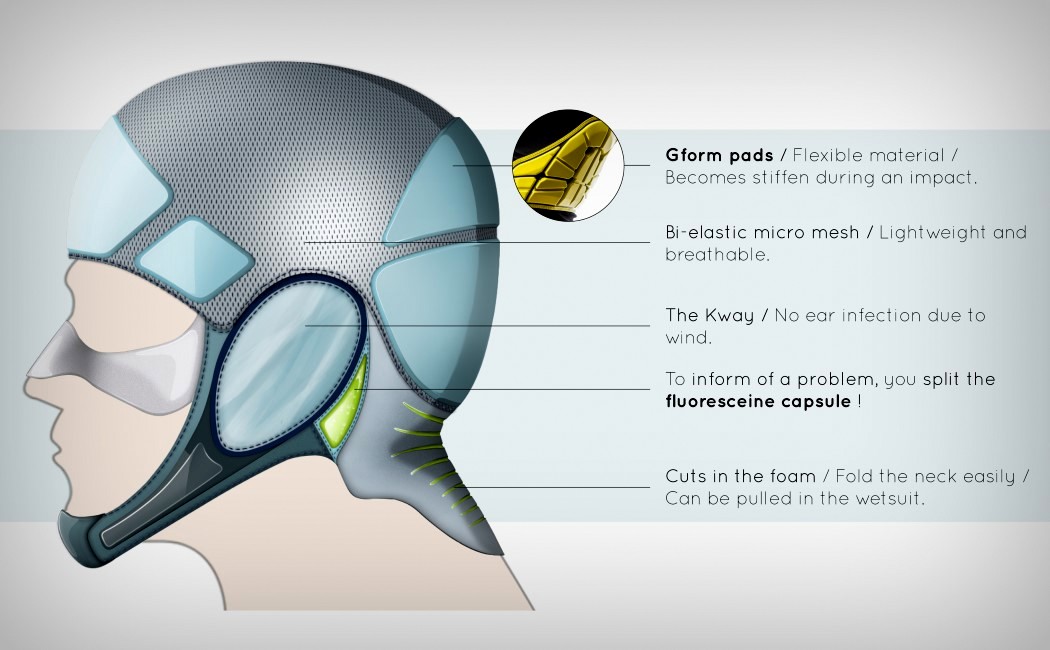 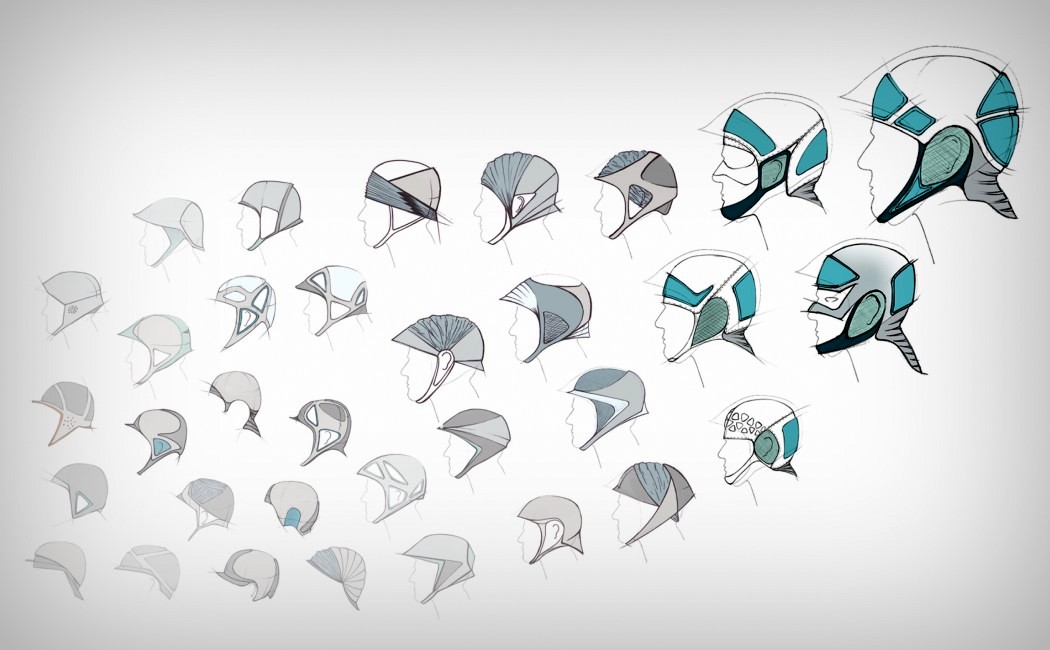 Shoes of the Centipede

Flex your toes in these bad boys, I tell you soccer players all over the world. Football players! I meant to say that. The ball…

For someone like me, who regularly uses half a dozen 3D and 2D software, remembering each one’s hot-key shortcuts are a nightmare. The ikeyboard might…

A Humidifier for Hipsters

Ever notice how most humidifiers on the market look futuristic and UFO-like? How’s that supposed to work with your hipster style? The Kamome humidifier looks…