The following stadium was designed by the wonderful folks over at UNStudio, especially one Ben van Berkel. He (they) won a limited competition to design a gigantic football stadium for the most successful football (soccer for you USA residents) team in the Chinese Super League: Dalian Shide FC! The design reflects vividly the breathtaking amalgamation of the ancient Chinese cuju football. A must peek.

First off (this is the first non-intro paragraph here in the post) let me say congratulations to Ben van Berkel and the entirety of UNStudio! I am sure it is an honor to be working on such a magnificent project.

The 38,500 m2 stadium will be built in the city of Dalian, on the southmost tip of Liaodong peninsula in Northeast China. The site contains not only the big field, but parking facilities below, two training fields (see them back there to the left), and a giant public concourse.

And of course, as promised, the entire thang is based on the ball, as it definitely always should be forever and ever amen:

According to Ben van Berkel, “The design of the Dalian Football Stadium is inspired by the classic Chinese football, which was made by layering coloured bamboo. For the stadium design we appropriated this effect to generate a double-layered roof structure. This structure operates as a double concourse enclosure, encircling the tribunes. Splits and openings in between broad bands of the lattice structure enable views from the outside in and from the inside out.” 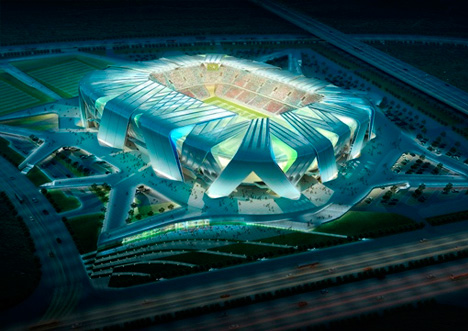 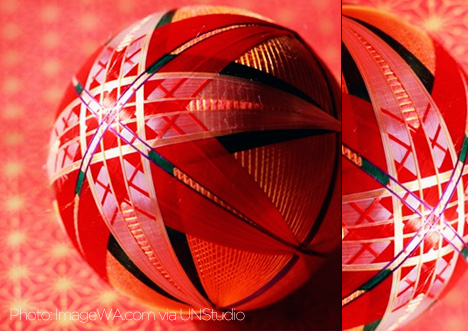 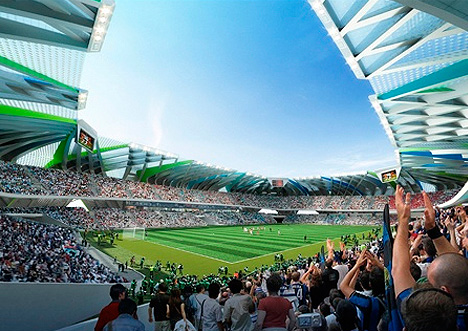 Designed by Loft Buro, the Enjoy in Silence Chalet is a warm and homely cabin located in Kyiv, Ukraine. The cozy chalet was initially a…

Bring your yard to life with these inspirational product designs: Part 2

There’s no better way to spend the weekend than in your backyard, lounging about in the sun and snacking on yummy food, with your beloved…

The Water Shelter project responds to the needs of rural populations in developing countries who live in areas of recurring floods, with a geographical focus…