It is called “Diagonal” and it contains only two elements. There’s the two types of padded movables, and the screen. The screen is meant to be a guide and an anchor point for the movable bits. The movables are cushioned and come in two heights. The shorter, lighter ones are for sitting, while the taller, darker ones are for laptops and other similar devices. Definitely for the cross-legged sitter.

Designed for meetings and social situations. For waiting rooms and talking rooms. The taller, darker movables are called “worktops,” and can be used for working or for higher sitting (for those folks who think they can just go ahead and sit on tables to feel especially kingly.)

EDIT FROM THE SOURCE: As it turns out, the moving part of this design is the screen, while the seating area remains stationary. There’s one large bit (the lightly colored bit,) cut in four, three pieces being light, the fourth being dark, and slightly higher. The green screen can be placed in between these to create several different situations of cushion madness! This thang is currently in the production stage, we now know, and is being manufactured by Martela! 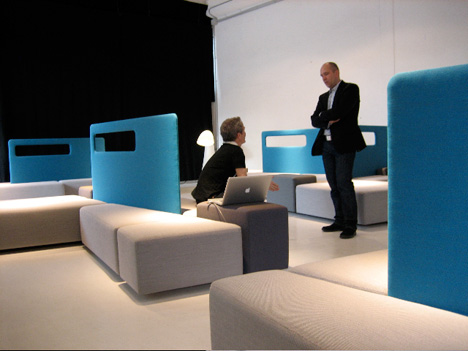 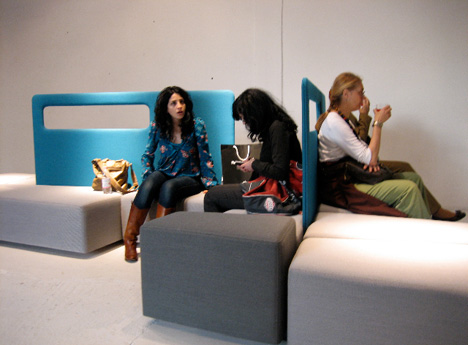 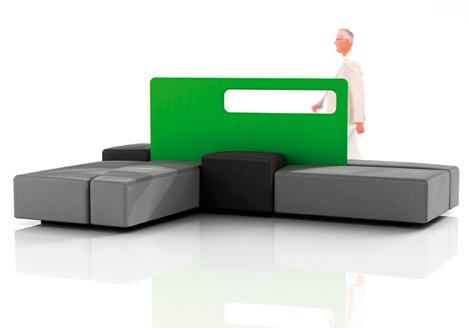 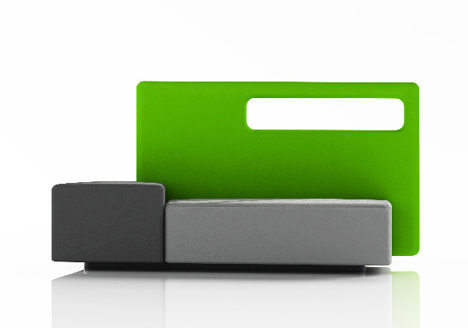 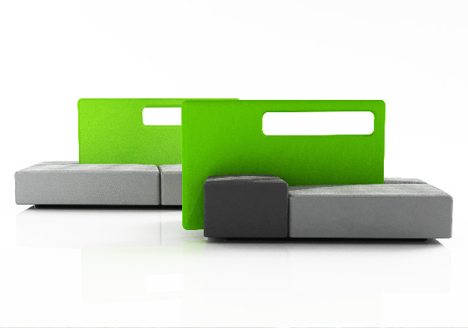 Design that went from Grave to Cradle

The Phoenix Chair is called so because it rises from the ashes of the chair before it. Tasked with using the rusty framework from the…

Leave Your Car at Home

CoCy, the brainchild of Robert Nightingale & Adrian Weidmann, is an ingenious smart-service concept that aims to provide users with free transportation & local, ethical,…