There was a time when all routers were ugly boxes designed only to perform. Looks played no importance because it was normal to relegate them to the back of the closet or tucked away in the corner below your desk. Out of sight, out of mind. About 5 years ago things started to change. Design became valuable even for the oft’ dejected little router. Companies like Netgear and Belkin started redesigning the ubiquitous little box but with more sex. Now they were good looking enough to be proudly displayed alongside your computer and media center.

But what about Linksys? What about the old workhouse – black and purple with more antennas than you can count. If you haven’t noticed, Linksys has evolved. Design is now taken seriously within the company. I spoke with Chris Landry, Senior Executive Director of Worldwide Design & Experience within the Cisco Consumer Business Group about where Linksys was, and where they have come since his entrance 2 years ago.

When Chris Landry took up residence at Linksys, now a part of Cisco – there was no real design ethos in regard to their products. The designs usually came straight from OEMs. He initiated a worldwide visual audit and with his new design team based in Irvine, California – took 3 months to evaluate every hardware collateral they had.

Meanwhile their competitors were selling sleek shiny routers with internal antennas and the public ate them up. I myself remember shopping for a new router and walking right past all the Linksys products because they were a bit underwhelming. Sure it had 2 giant antennas but the perforated black plastic and purple face looked like a rush job. I opted for the alien saucer shaped Apple Extreme instead. Was it better? In my mind yes – mostly because if a company spent that much time on the exterior, then it only made sense the same was given to the innards. In reality I know the exterior could be used to hide a shitty interior but that’s the point – design not only communicates who you are, but also shifts what a consumer thinks. Landry’s job seemed titanic and if his direction didn’t work – the proverbial ship would have sank.

Routers are a balance between precise engineering and for the consumer’s sake; aesthetics. They extensively tested the new routers to make sure internal antennas would be as powerful as the external ones. The challenge and risk was to convince people nothing was sacrificed. People equate antennas with wireless transmissions and when they don’t see it, they think it’s subpar. But Landry likens the evolution of his routers to that of the TV and auto industry. Take a look at where their antennas used to be and how they’re engineered now.

The new generation of Linksys routers are sleek, softly rounded, accessible looking and dare I say sexy? The old monotonous blinking lights are now replaced by LED lit iconography. Landry describes it as “aspirational, bringing emotional connectivity.” The “new way” has even opened doors to a new design center in Copenhagen. The two teams work closely together with Landry at the helm. Design and engineering now work in tandem as designers spearhead initial concepts, but never at the detriment of performance. In just 2 years time the new Linksys product line can stand toe-to-toe with their competitors. When routers were still wired, it made sense to tuck them away with all the other cables. In our wireless world the freedom from those cables have moved routers up front and center. They’re the communication hubs between all of our computers, TVs, and game consoles. Linksys is on a mission to change the minds of everyone who doubted them. Their new renaissance has even reached into interface design with the recently launched line of wireless home audio products. I’m personally amazed how quickly Landry was able to change Linksys and as their design language continues to evolve, I’m itching to see more. 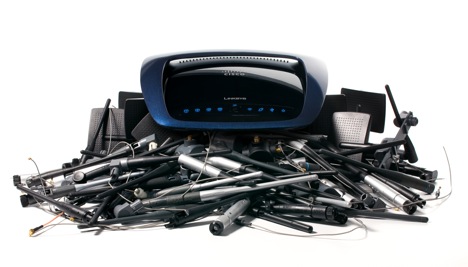 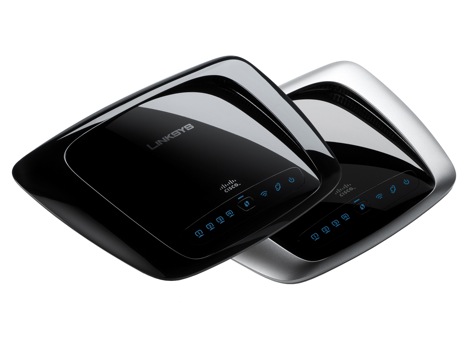 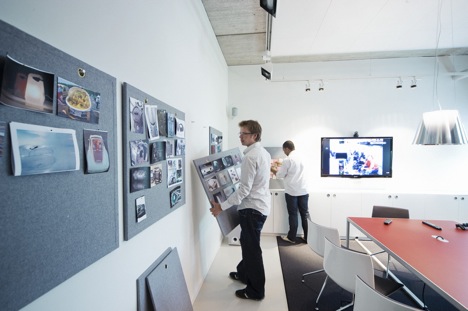 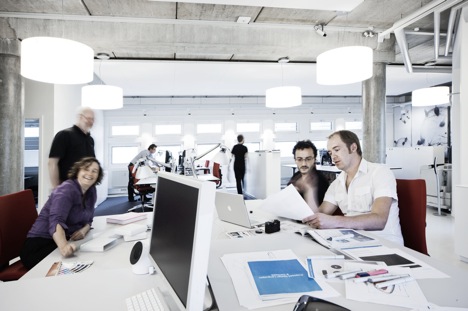 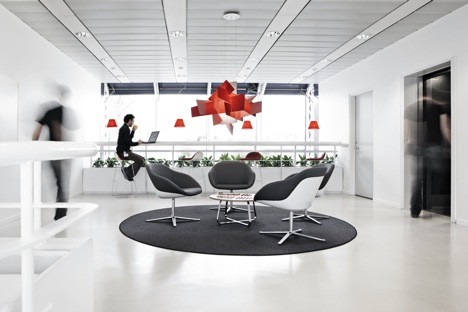 Mr. Landry is currently Senior Executive Director, Worldwide Design & Experience within the Cisco Consumer Business Group headquartered in Irvine, CA overseeing design offices in the USA and Denmark.  In this role, he has effectively transformed the look of the Linksys by Cisco product line, which is now emerging with a more cohesive, sleek form for every product. He has hired industrial designers from all over the world and established design centers in Irvine, California and in Copenhagen,Denmark, resulting in a truly global collaboration for the product line. The “remixed” Linksys by Cisco networking devices were conceived through inspirations by contemporary furniture and automobile forms.

Prior to joining Cisco he held positions as Vice President of Corporate Design and Product Development at Polaroid Corporation in Boston, MA and was Design Center Director for Strategic Design & Innovation within the Personal Systems Group (PSG) at Hewlett-Packard Corporation in Houston, TX.  While at HP, he established key partnerships with external companies, customer accounts and institutions for potential design innovation in defining the next perceived “cool products” to help drive tactical design development teams in delivery of their product roadmaps.  He has appeared on Tech TV and been interviewed by CNET, USA Today, Wall Street Journal, Popular Science, PC World and Mobile Computing surrounding his initiative on the product concept called “Dual Worlds”.  He was chairman of the Innovation Forum within the HP division, a member of the inter-division Design Council and an advisory member to the HP task force on designing for persons with disabilities.  While at HP (prior to the HP / Compaq merger),  he was Design Center Manager for the Commercial Portables Division at Compaq, responsible for the visual (DNA) appearance strategy overhaul of that divisions product design in bringing a holistic design strategy to their entire line of portables and options in building brand worldwide.

He has been a guest speaker at numerous international design management conferences discussing the topics of  “Remixing Design Into Corporate Culture”,  “ViBE, Making Brands Real”, “Managing Design To Enable Far Thinking Beyond the Speed of Business”, “Ground Zero & Managing Design Strategies To Improve Brand” and “Creative Design Management: Who Needs It?

Prior to joining HP & Compaq, he was with Digital Equipment Corporations Design Group located in New England where he managed Industrial Design for both retail and commercial lines of personal computers.

Mr. Landry was instrumental in the development of a cohesive “design language program” for visual brand consistency across all Digital products worldwide helping to provide one visual voice for the company.  While at Digital, he received more than 15 US & foreign patents and frequently lectured on the topic of design.  He was a guest speaker at the International Design Conference, on the topic of “Repositioning Design for Leadership & Moving Design to a Core Competency”.  He also lectured at the Product Development & Management Association (PDMA) conference on the topic of “Developing Design Resources for Accelerated Product Development”.  The design and development process he implemented while at Digital on the VT320 Terminal was featured in the London Financial Times article “Competing with the Far East, Digital Learns To Run A Better Race” authored by Christopher Lorenz.  His work on the VT320 was also published in the book titled “Design Success” by the Danish Design Council and became part of the Design Management Institutes “Triad Exhibition” and continues to be a teaching case study at the Harvard Business School.

Mr. Landry was the recipient of the IDEA Silver Award for the design of Digital’s HiNote Ultra Notebook

same year.  In addition to his product design career at Digital Equipment Corporation, he designed the interiors for the corporations first retail computer stores located inNew Hampshire and Boston’s financial district.  Prior to its move to downtown Boston, the original “Computer Museum” located in Marlboro, MA was also designed by Mr. Landry which incorporated a significant number of donated and privately owned artifacts in computer history.

Early in his career he was an exhibit designer with the design firm Lynch Industries, NJ and collaborated with Raymond Lowey International Ltd., NYC on the 14, 000sq.’ exhibition for the Living History Center in Philadelphia, PA. utilizing high technology interactive exhibits to tell the story of US history.

America (IDSA).  He served as a juror for eight years in General Electric’s International Student Design

Competition and continues to support the IDSA National Student Mentor program in the USA.

Mr. Landry received his BSID from the University of Bridgeport, CT and has done post graduate study at

Keeping a house plant alive can be more challenging than most people think. Some plants needs more light and less water, while other pot dwellers…

Party on the Outside, Biz on the Inside

The Ali-Ante storage system’s utilitarian interior means that, for a realistic price, you can deck out the exterior doors to be as fancy as you’d…

A bar of soap is probably one of the most efficient product designs ever created. Rub it where you want to be clean and eventually…

The Coat Check Chair gives you a seat, as well as a lifetime supply of hangers!

https://www.kickstarter.com/projects/joeyzeledon/coat-check-chair-pop-art-meets-practical Perhaps the most practical piece of pop-art I’ve seen, the Coat Check Chair is tongue in cheek (try saying that fast), with the way…