Horray! Friends amongst killer animals! Animal inspirations. Actually there’s no scorpion involved. Awww. What is involved, is solar power, first off. Solar power charges up the batteries in this lifeguard stand. As the batteries charge, the lifeguard sees danger! He slides down the slide, picks up a battery, inserts it in the stingray skiff, boats on over to the victim, inflates the safety vest, and autopilots back to base.

This project is called “TESEO+ARIANNA” named after the Greek myth of Theseus and Ariadne. The stingray being the one called Teseo, while the guard stand is called Teseo. Teseo and Arianna are solar powered. Arianna charges batteries with a giant solar panel that sits on its head. Teseo uses these batteries to power its propulsion system, and also to accept commands from the autopilot feature via the stand, Arianna.

Together they are mythical water safety lovers forever!

The only thing that concerns me is the step where the lifeguard has to drag the skiff out into the water. I hope it’s not too heavy! 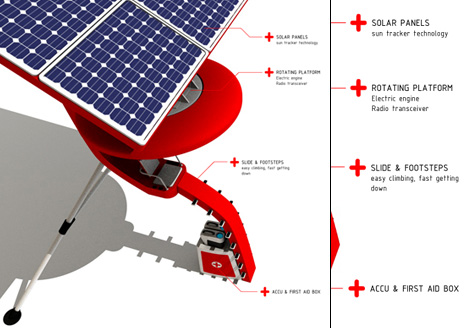 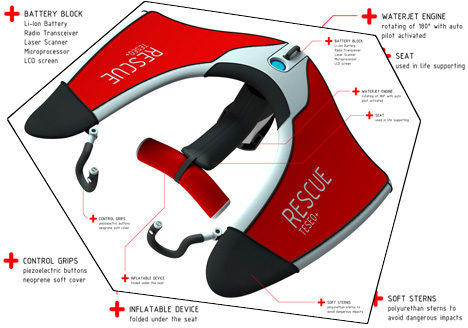 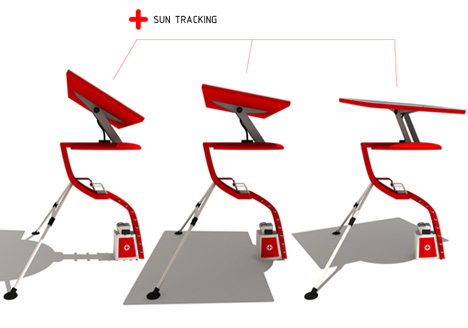 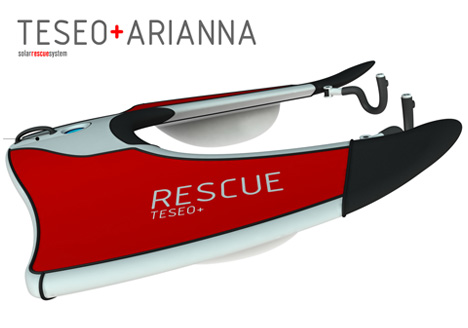 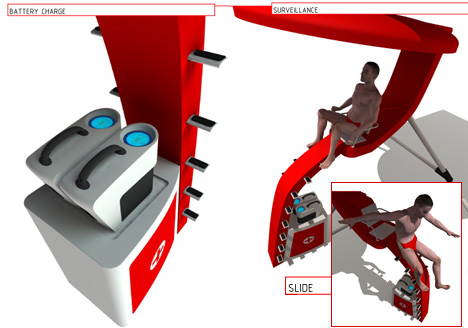 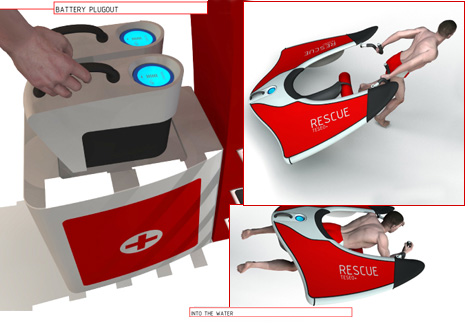 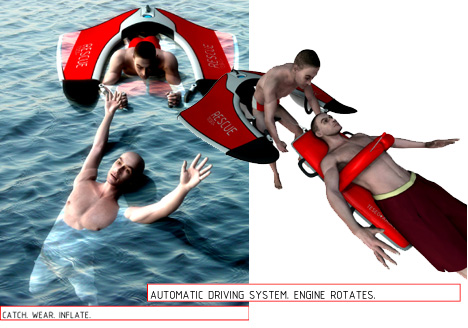 For some reason, the world just wants to put more and more into your pocket. Just yesterday we saw this portable genius of a tool-kit…

Tolga Tuncer’s first version for the Facebook Phone was radical enough, simply based on its design. He takes his passion with the social networking site…

Brick is a sleek personal computer with a transparent display that kinda reminds you of concepts that Mac likes to work on. The concept here…