And you know what that means right? LUNCHTIME! Everyday at noon butterflies flutter around this clock called “Scent of Time” because they’re drawn to the sweet smell of roses in bloom. Lets extend that concept further by allowing you to designate what each hour smells like via tiny fragrance capsules. Once you train your brain to the hourly smells, you’ll be able to gauge the exact hour of the day. Mmmm 7 AM smells like toast and eggs. YUMMY! 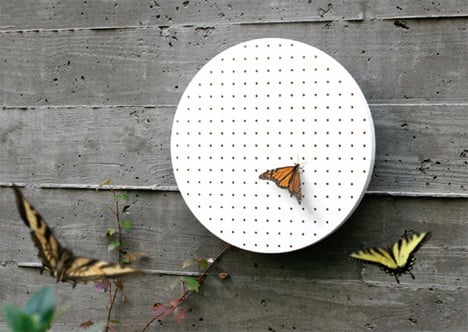 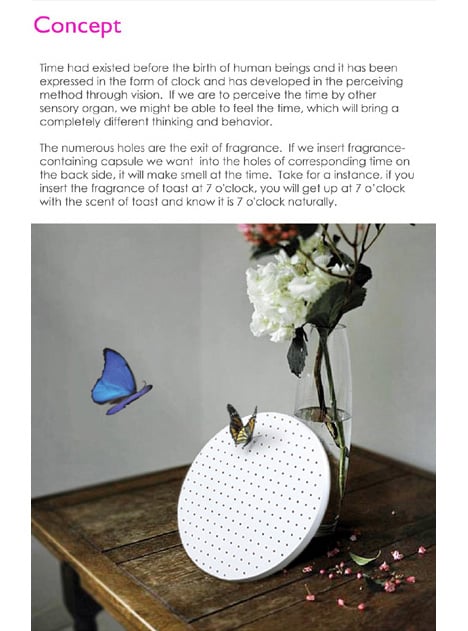 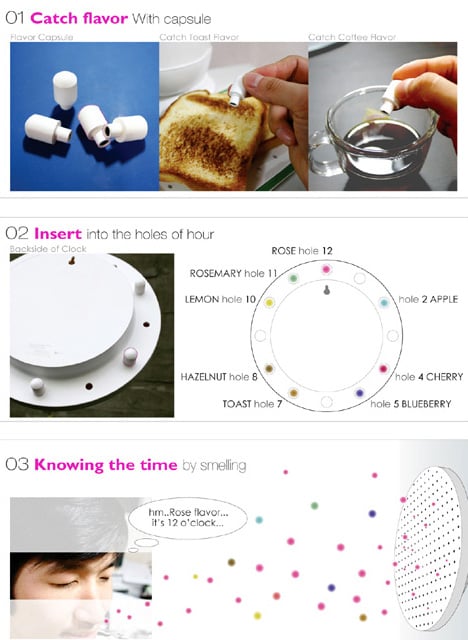 The Oil Cleaning Guard is designed to contain and prevent the spread of oil while simultaneously cleaning it up. It even signals avians and fish…

“Heartbeat Indicator” is not only a mouse, but also is an indicator for user’s health when the user are using it while they are working….

From prison-made lamps to barely-there benches, the Norwegians really made their mark at Milan Design Week! Hit the jump to see some of the best…

Introducing the Calorie Bomb! – For those times when we suppress the guilt and say, “F#&% the diet!” It’s a shameless treat that pokes a…