Sometimes you just want to sit back and interact with a gelatinous black liquid on your desk. And of course, when you do, you want it to update your Facebook. Yes. That is what this goo does. It gets you more friends on social networks, and places yet another barrier between you and other real people.

Social networks, such as Facebook or Myspace, are a reality people using Internet can’t avoid. They become more and more important and take a crucial part of our virtual but at the same time real world identities. The way these systems work leads to new yet somewhat limited relationships : you can either “add a friend” or not, say “yes” or “no”. A binary thinking like this leaves no room for degrees of shade.

These oversimplified interactions are to some extent compensated by quantity – by collecting hundreds or even thousands of “friends”. On Myspace the true quality of the service lies in the size of the network itself. But how can you deal with these such complex networks? Are concepts like “friendship” or “relationship” still meaningful when you handle hundreds of them?

And then he goes ahead and goos up your social life:

Our project offers an indirect way to deal with these problems. A virtual robot makes and keeps new contacts for you by taking over your virtual identity. Your only control over its decisions is through an interface representing the network itself : a black liquid surface covered by numerous spikes that stand for each of your “friends”. It is by altering the surface of this « liquid », that one can interact with the robot and influence his actions in the virtual world.

This reminds me of a game called Progress Quest, a game in which your only interaction with the character, storyline, or anything else, is turning the game on. Heard of it? Me either.

By the way, this project is called Sociable Robot. 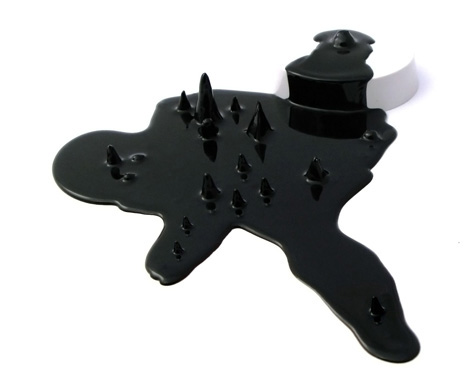 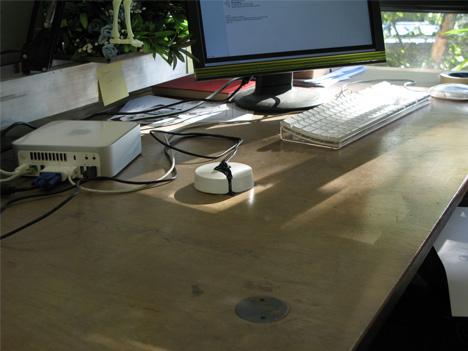 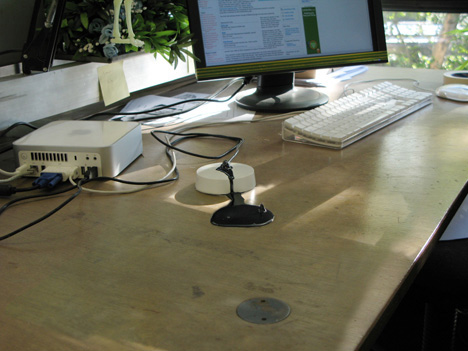 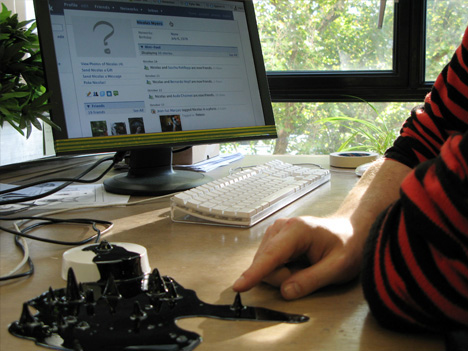 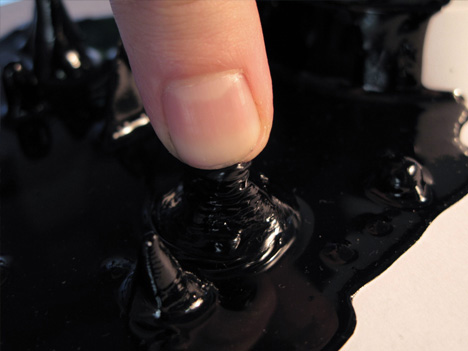 Now in its third iteration, the Timekettle M3 aims at nailing the three features that make TWS Earbuds such a revolutionary product – Wireless Audio…

Earbuds for iPod and gang are good enough, but in the interest of avoiding ear damage, its always advisable to hear your music over normal…

Meet the VR Cap, a gadget that can bring about a radical evolution to the wearable tech world!

The VR Cap fixes one nagging problem with VR headsets today – the head-mount. The solution is so ingenious, it makes you wonder ‘why didn’t…