I had a Lite-Brite growing up. The idea of sticking colored plastic nibs into a backlit board was so simple yet I remember sitting on the floor for hours on end, hypnotized by my juvenile creativity. Fast forward 20 years later and I’m getting that feeling again. Bandai has a Lite-Brite like product called the Luminodot. Same concept but for the 21st century.

The design is sleek like an HDTV which in my opinion a good idea. Those of us with nostalgia wouldn’t want a toy in our grown up living rooms now would we? The backlit system is brighter and there’s accompanying software to help your creativity and to share templates. If you’re real creative, you can even program backlit animations.

As usual Japan gets all the fun stuff. $100 is a little steep but I don’t think Bandai is targeting kids. In the meantime, we can play with their Luminodot simulator. 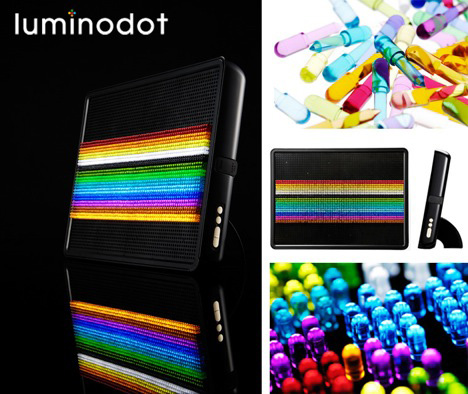 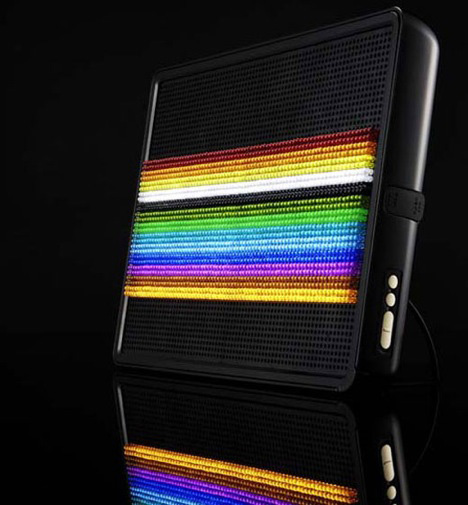 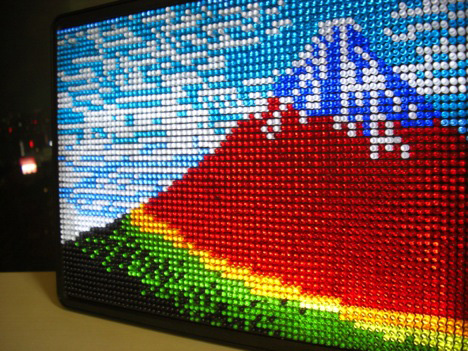 The Size of Sound

You see a big speaker, you think loud… you see a small one, you think quiet… right?! That’s precisely the idea behind the “Bigger Louder,…

Quantum Tap gives you a good reality check on how much water you ‘think’ you use and the actual. Working on the lines of how…

Boston Dynamic’s Spot gets an ultra-nimble robotic arm extension, making him the perfect pet and companion

Spot robot, Boston Dynamics’ most acclaimed robot has plenty of tricks up its sleeve and it has become an object of desire for geeks out…